Amonavis said:
The absurd length of time that this project has taken leads me to believe that the Gupta group is not a dependable builder that I would consider in the future.
Click to expand...

If you want to lower your purchasing risk, it is indeed better to go with a more established builder like Menkes or Daniels.

@someMidTowner don't most construction projects of this stature take a long time to build? I don't understand why this is a common complaint.

SilverSable said:
@someMidTowner don't most construction projects of this stature take a long time to build? I don't understand why this is a common complaint.
Click to expand...

No. Shoring typically comes first, and that might normally take a month or even two for a site this size. Based on photos in this thread, It seems to have started in February, 2018 and to have been ongoing until at least October, 2018. Then it's time to excavate, and the rule of thumb for most developments of this type is one month for the excavation of each underground level, and one month to build that level on the way up to ground level again. There are five underground levels here, so you could expect 10 months to dig down and then have the ground level slab poured. Photos here from January, 2019 show that excavation was underway by at least December, 2018 if not November of that year. It might even have started in October, 2018 as in February, 2019 they raised the first crane in the main part of the site. So, five or so months to dig down checks out at the north end. (It looks the south end dig-down was wrapping up in July, 2019.) Coming back up since then, however, has been very slow, with that same July photo showing that no form work had been completed in the first five months of the crane being there. Cranes are expensive, by the way. A December, 2019 photo shows a second crane in at the smaller south end, and what looks like it could be one level of form work completed below ground and the second underway.

Despite slowdowns due to COVID, it was in May of this year that we see them approaching ground level, so work has finally picked up speed in 2020, but in pre-COVID 2019 everything was happening at a snail's pace. Who knows why? Maybe the company was focusing on Dundas Square Gardens, maybe there were construction worker shortages they couldn't or wouldn't get around.

So yes, buildings of this stature take time, but not normally this much. 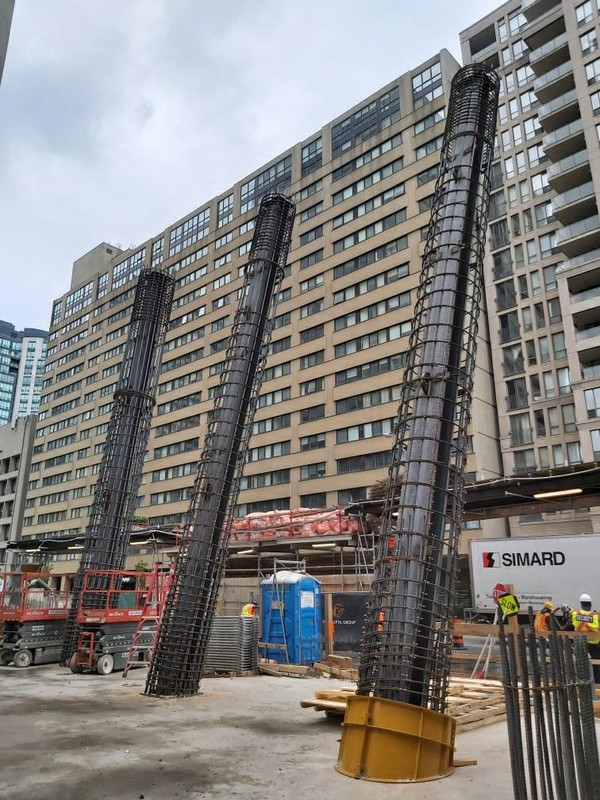 SKYGRiD Construction Inc. team is so excited about the three inclined columns (1100mm and 1000mm dia) being set up. It is an interesting design for the... 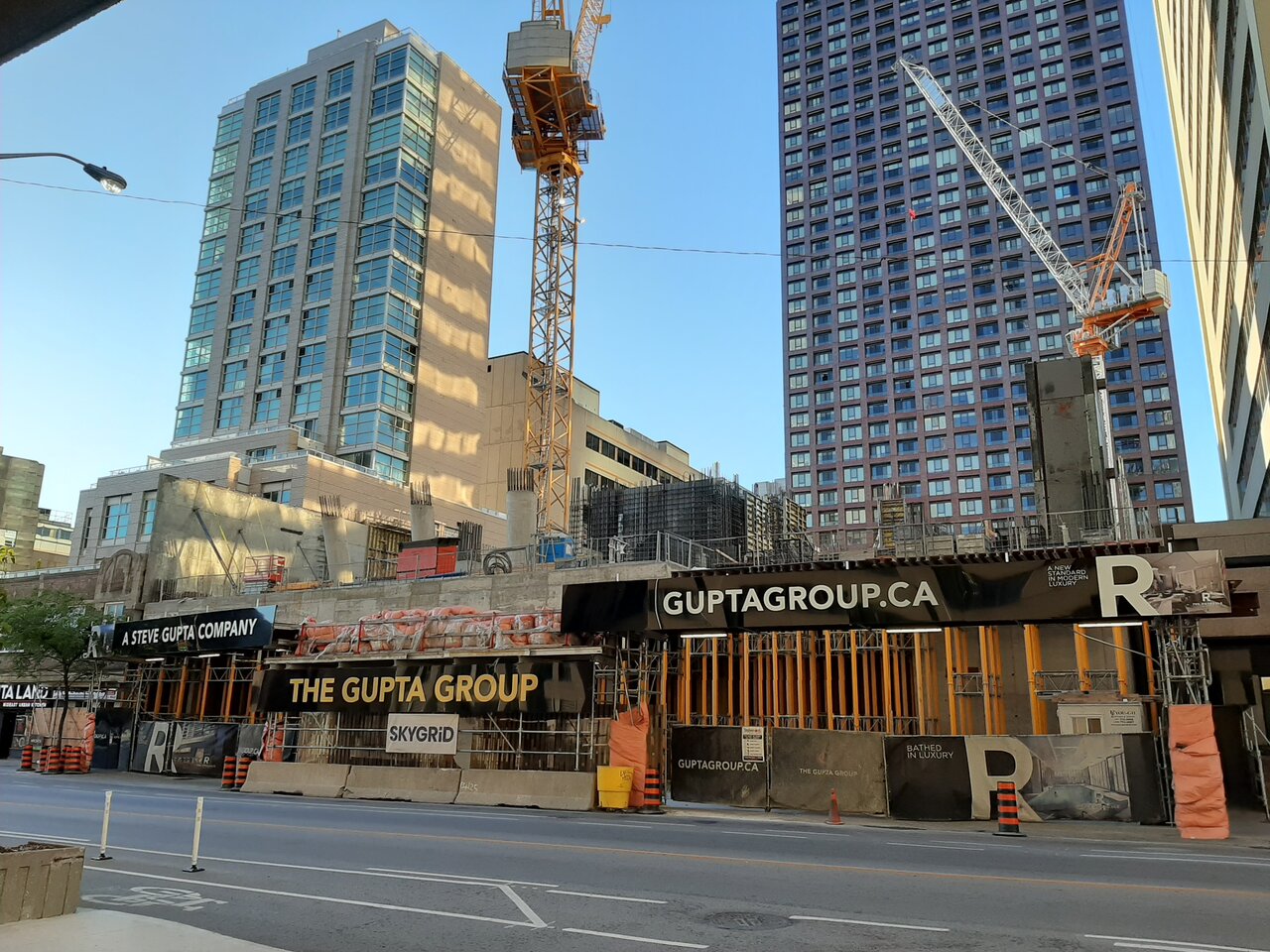 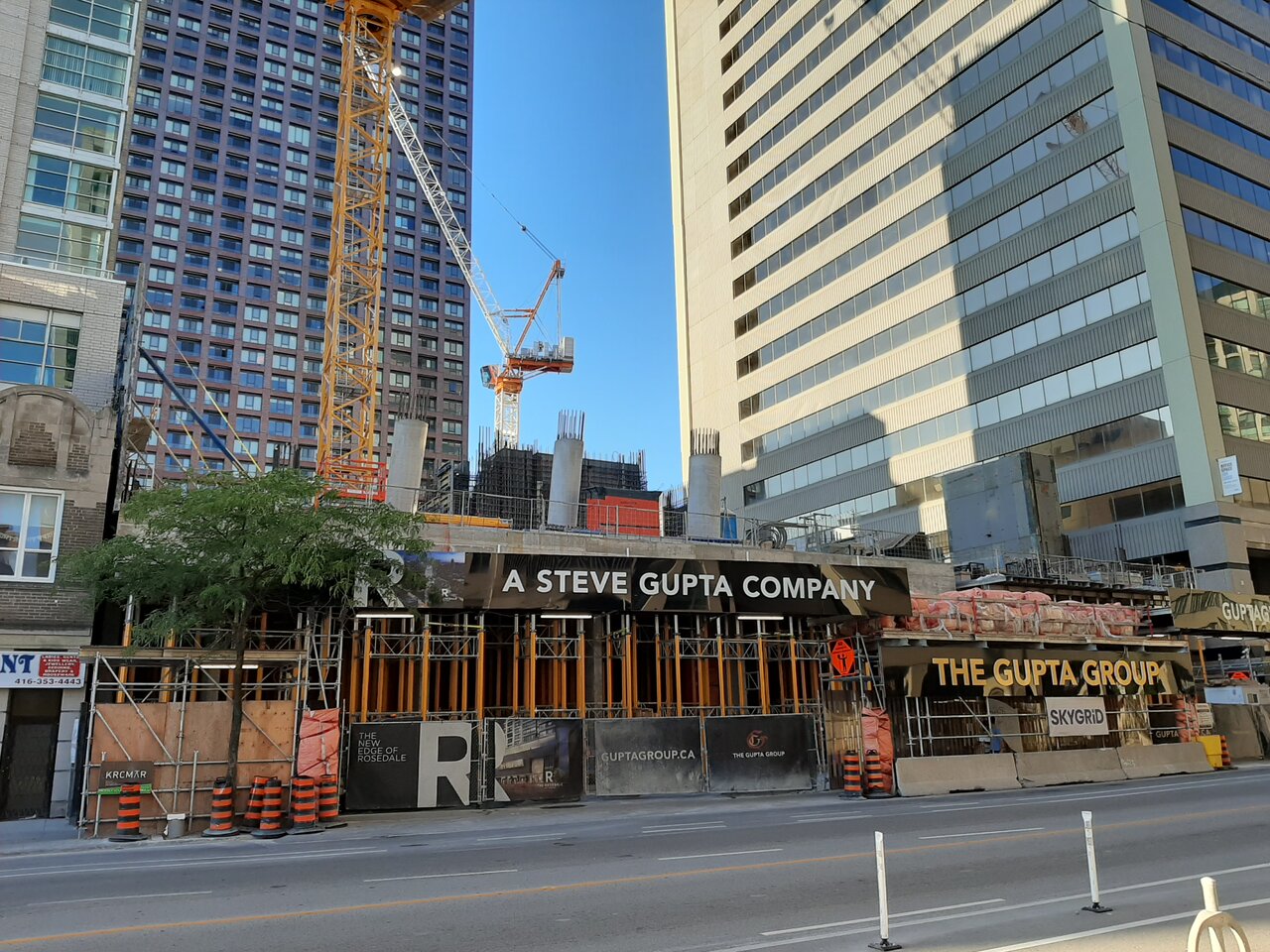 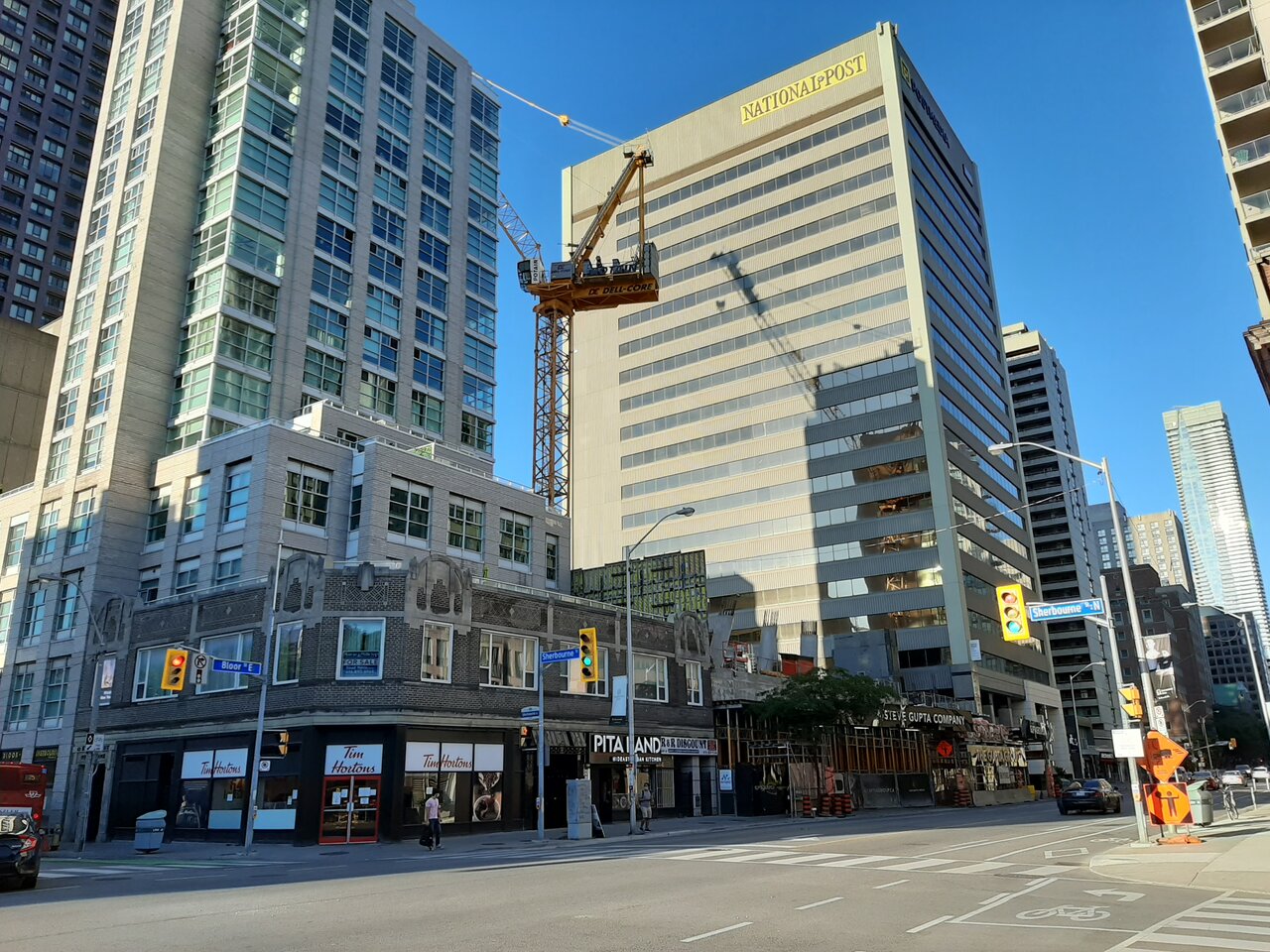 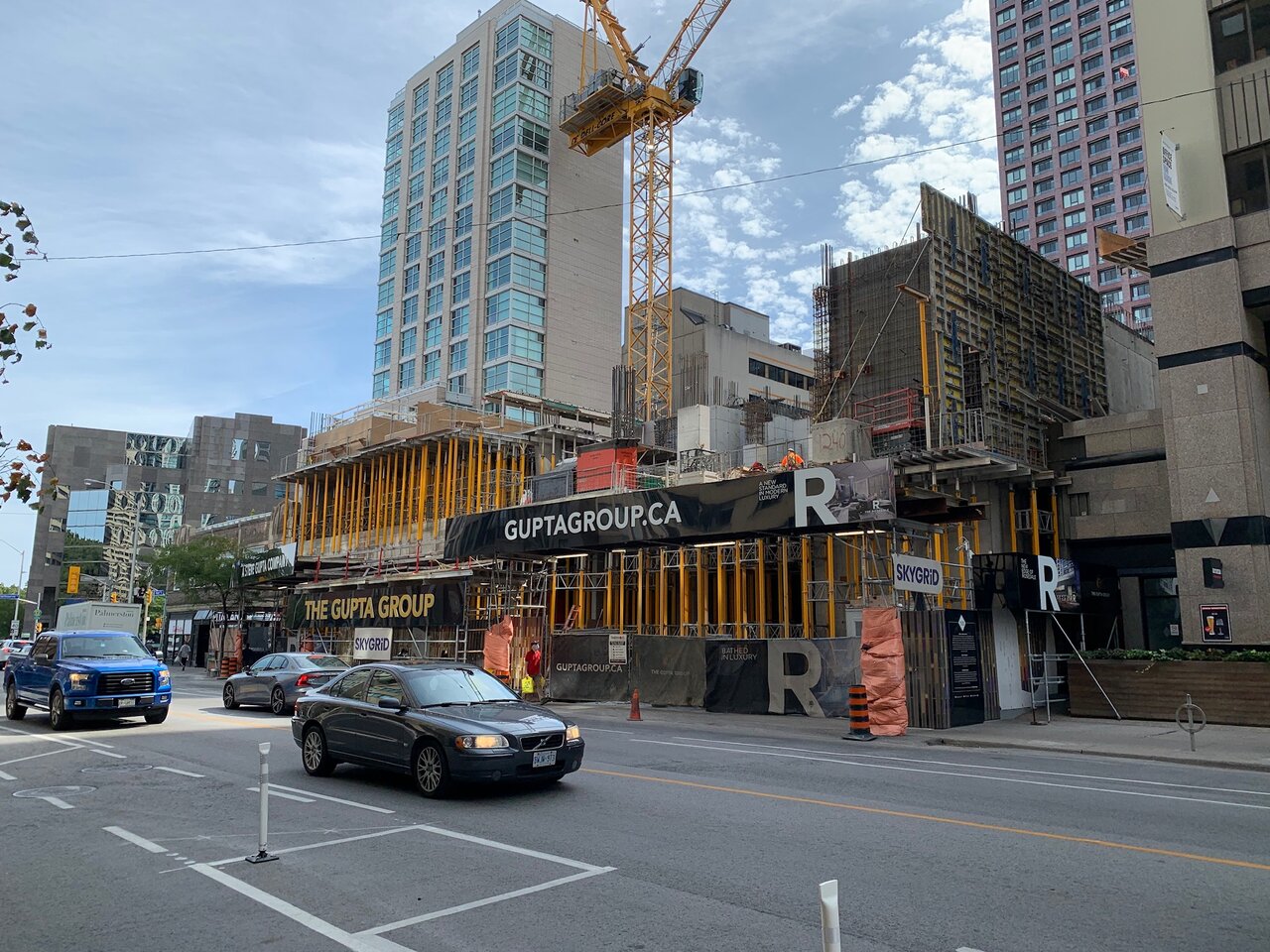 My huge old condo terrace (just left of the crane), which wraps around the corner of the neighbouring* building... has disappeared from this angle.

*for those who don't know the building is called "The Rosedale" and it's on Bloor too
Check out my future render with 5 dozen changes - LINK: Future SKYLINE render (updated November 8, 2020)

They are getting ready to pour the 4th floor. 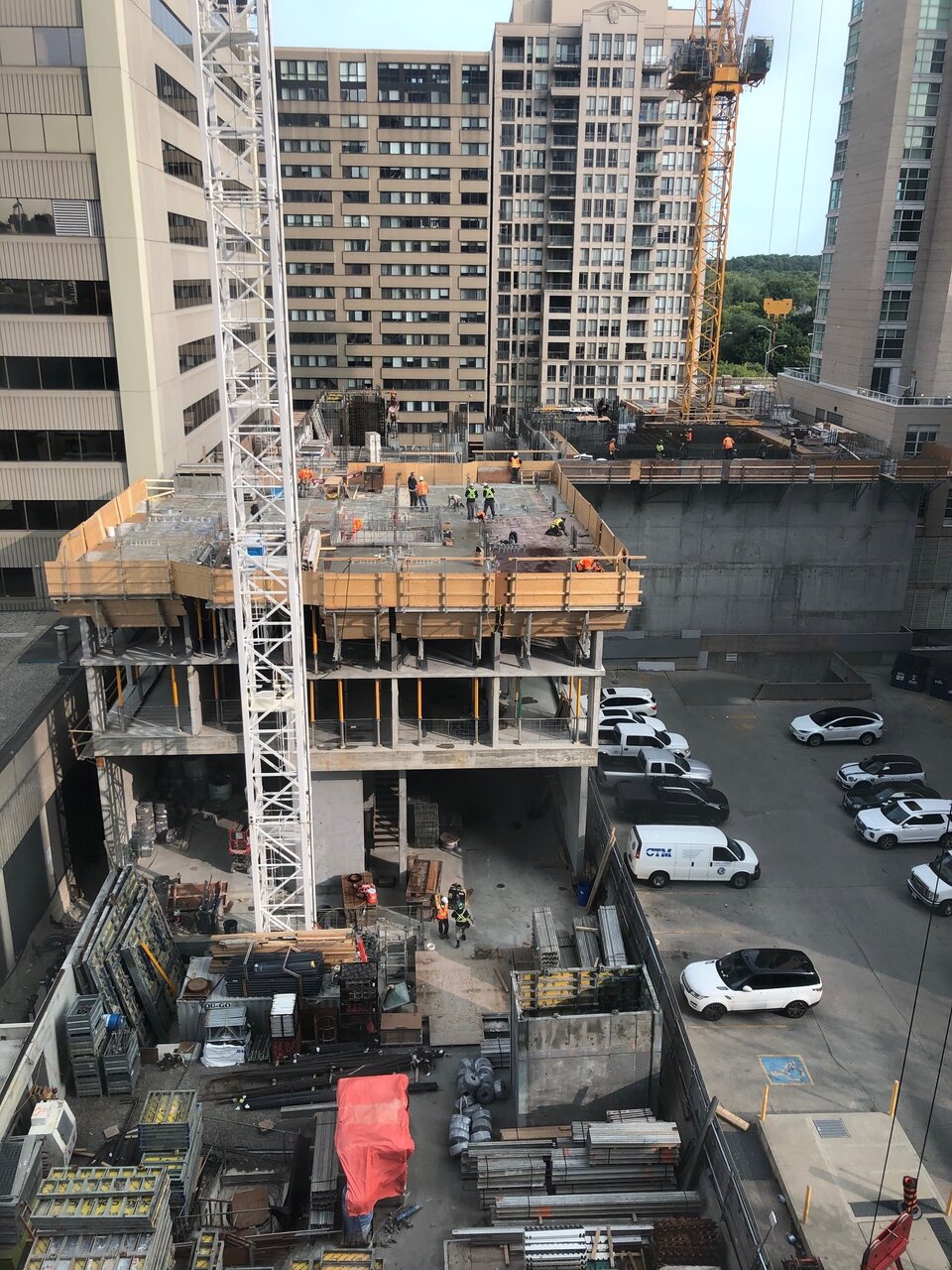 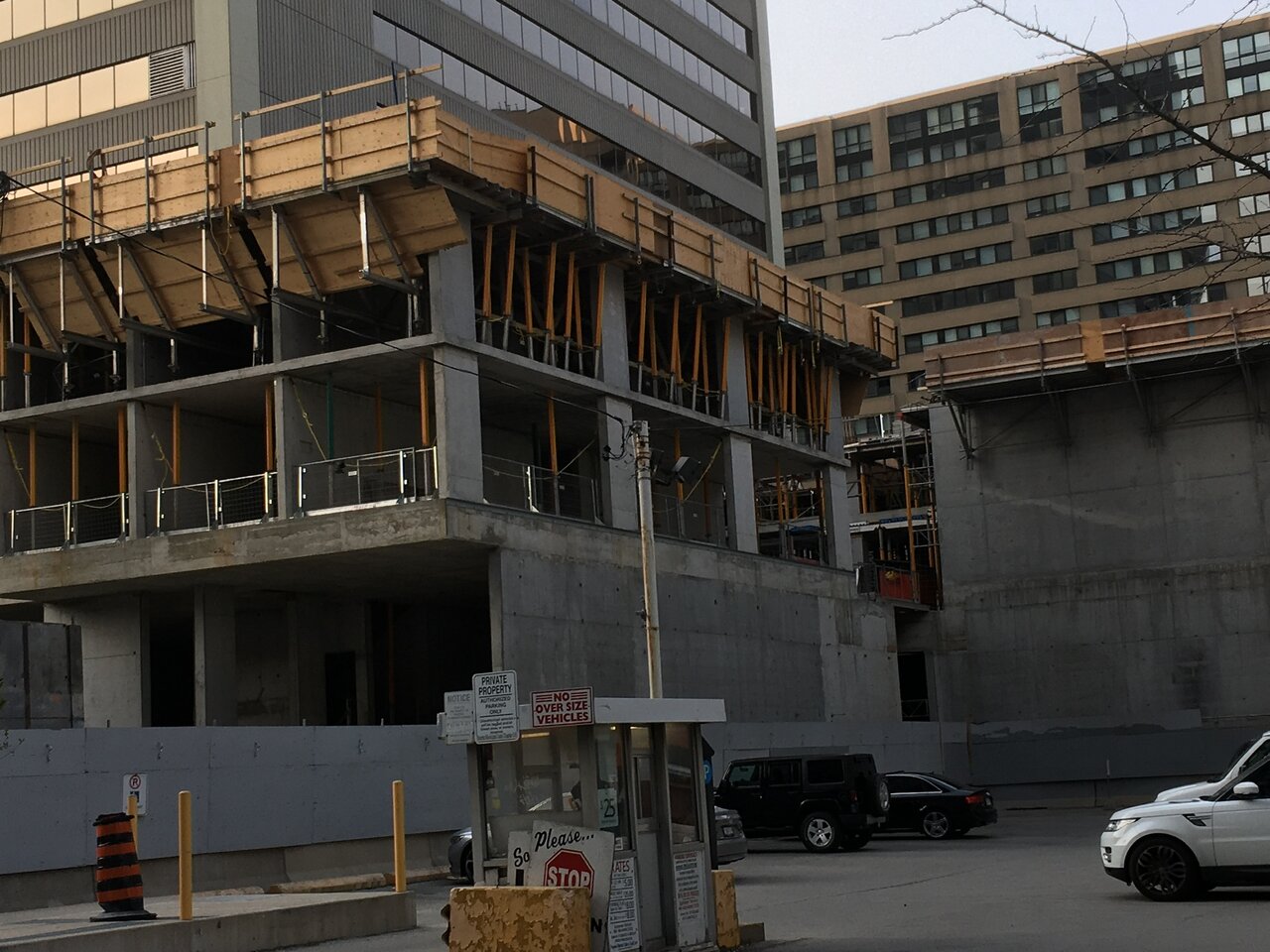 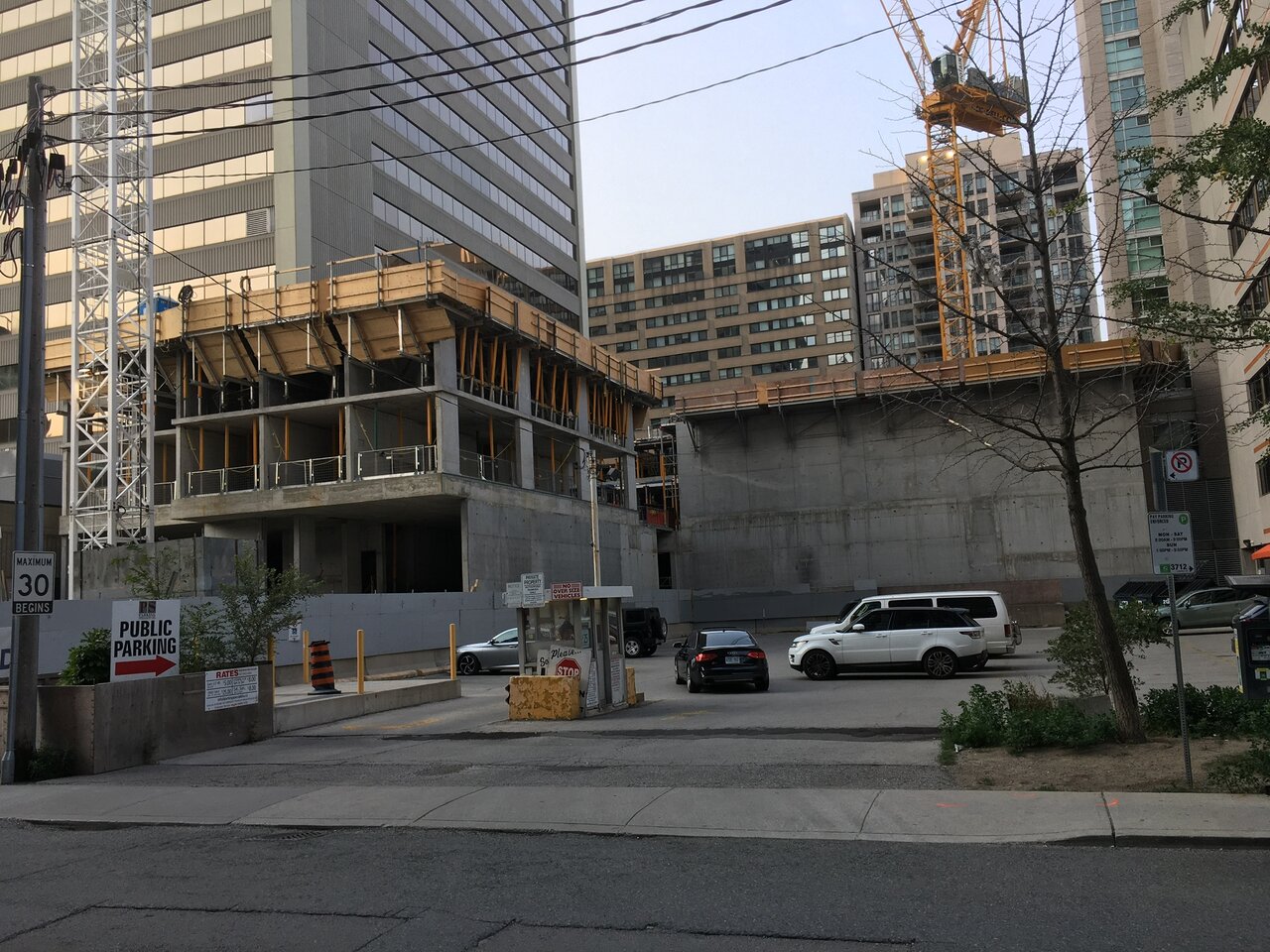 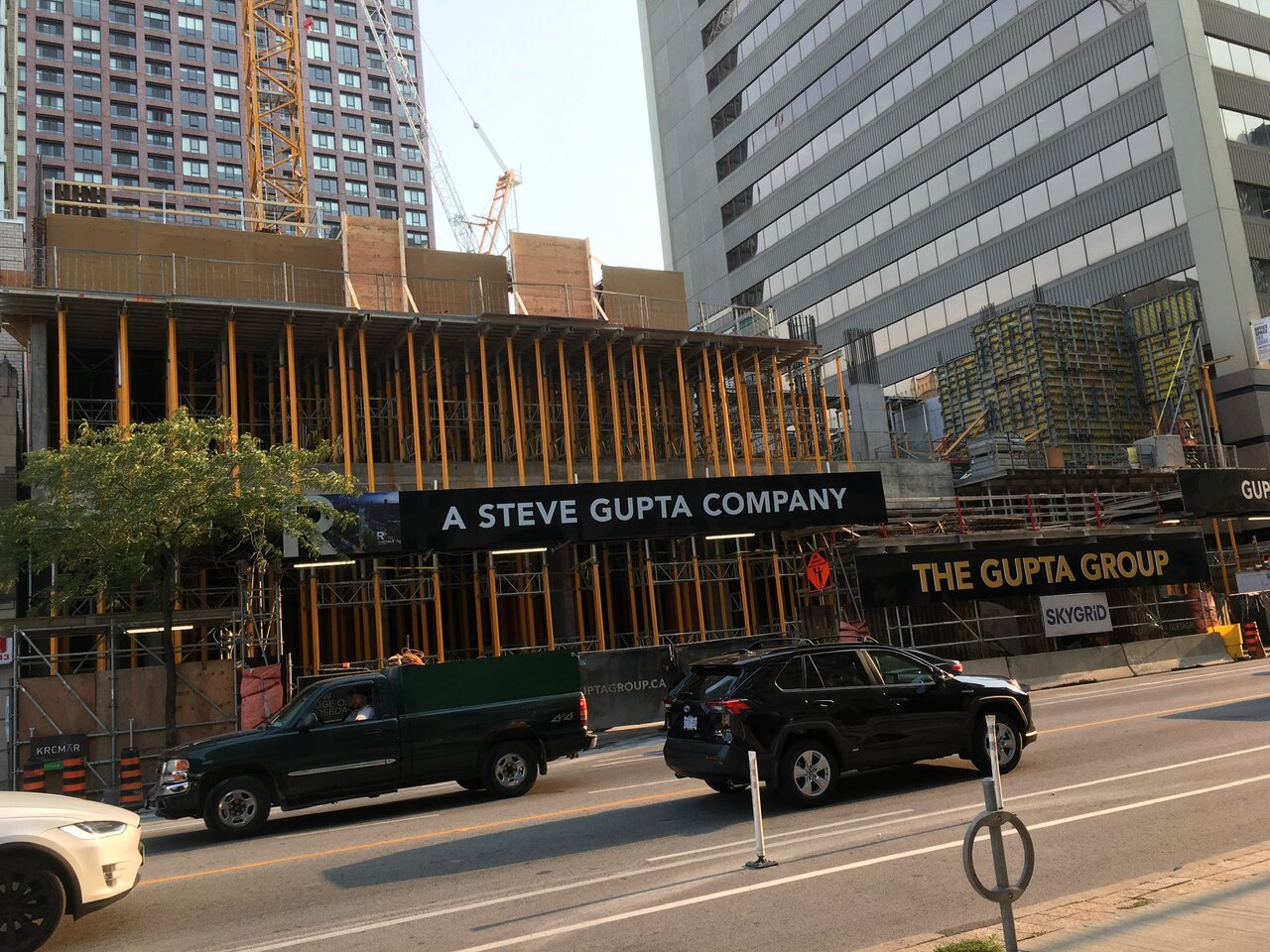 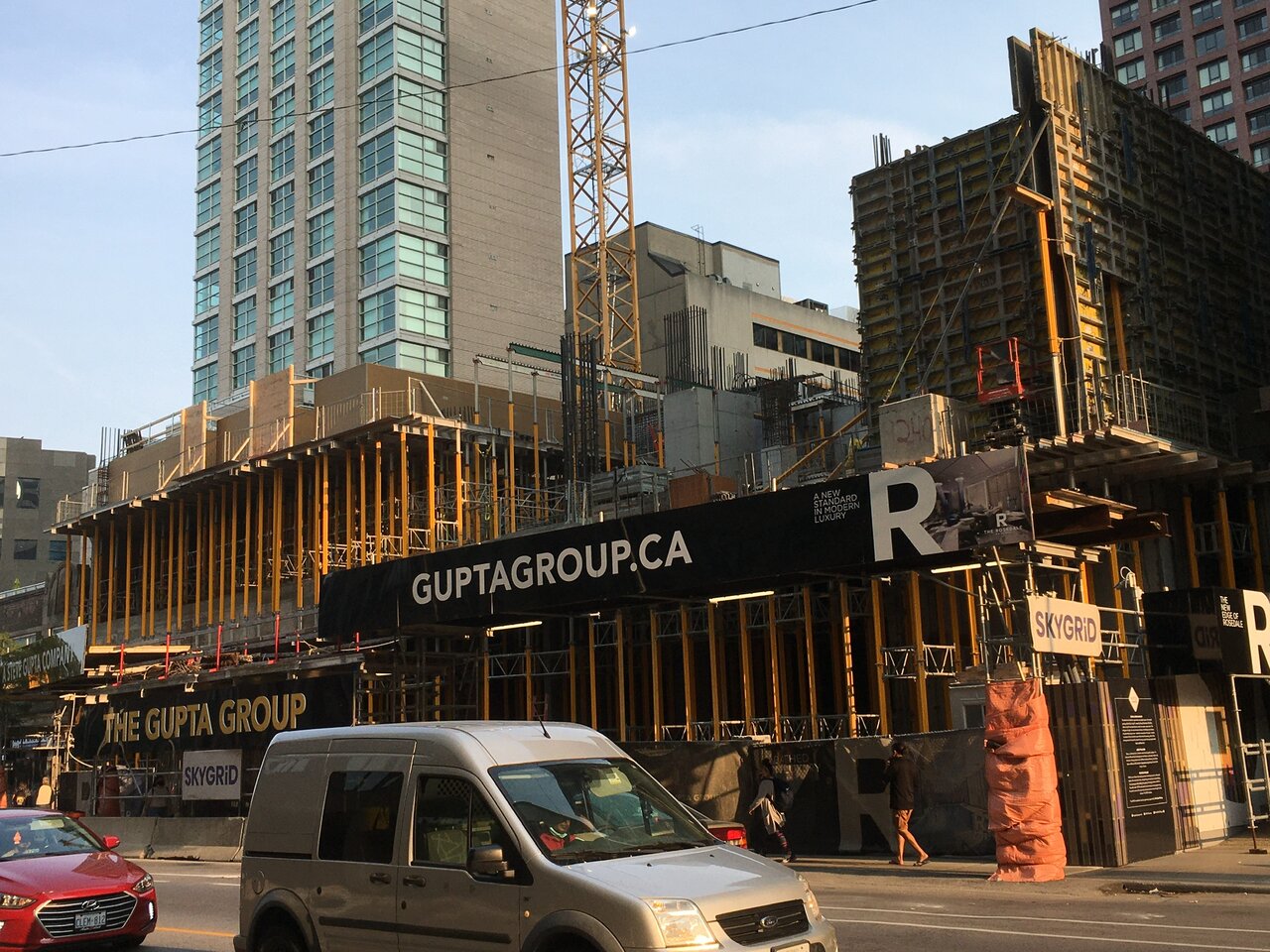 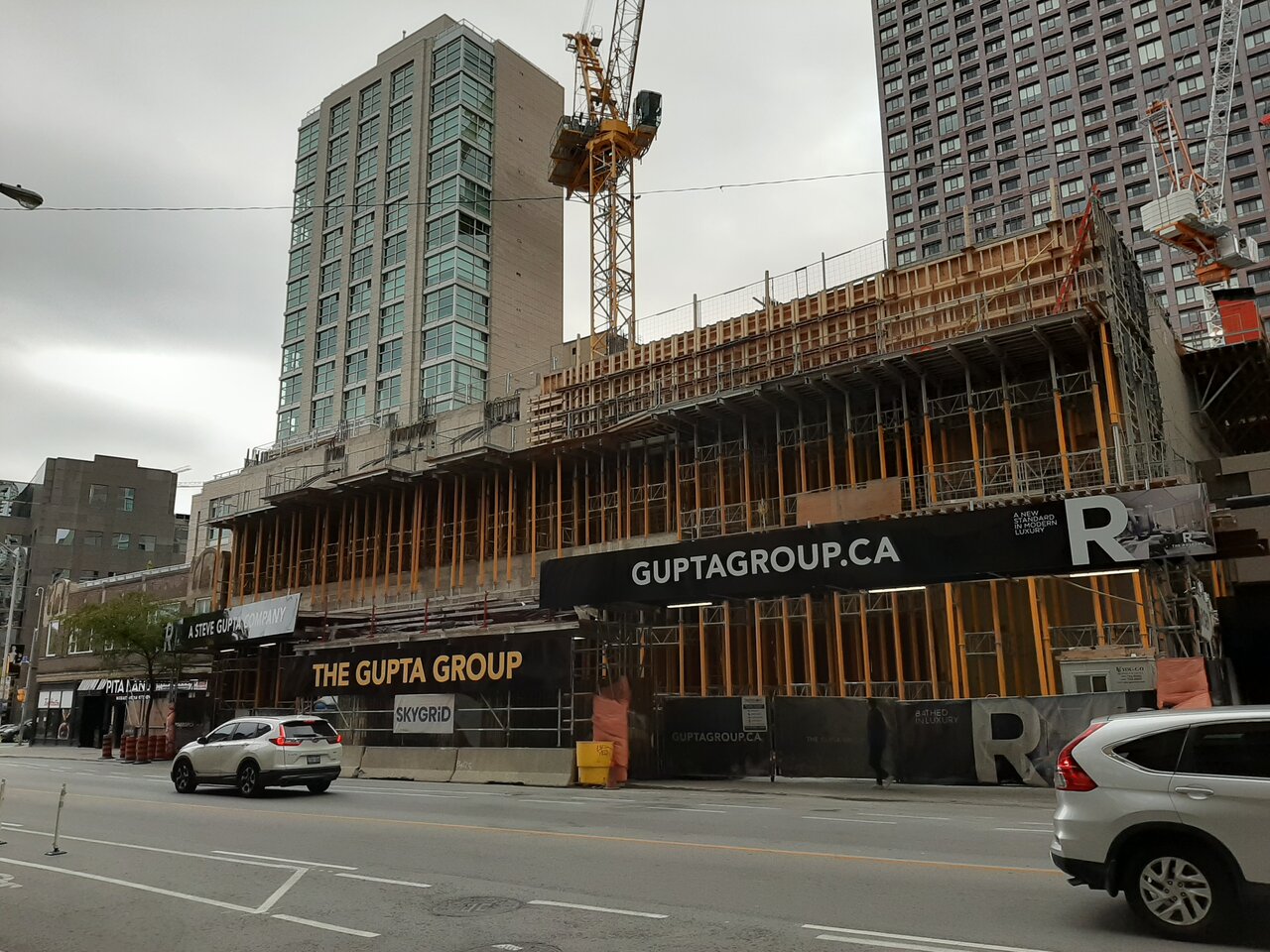 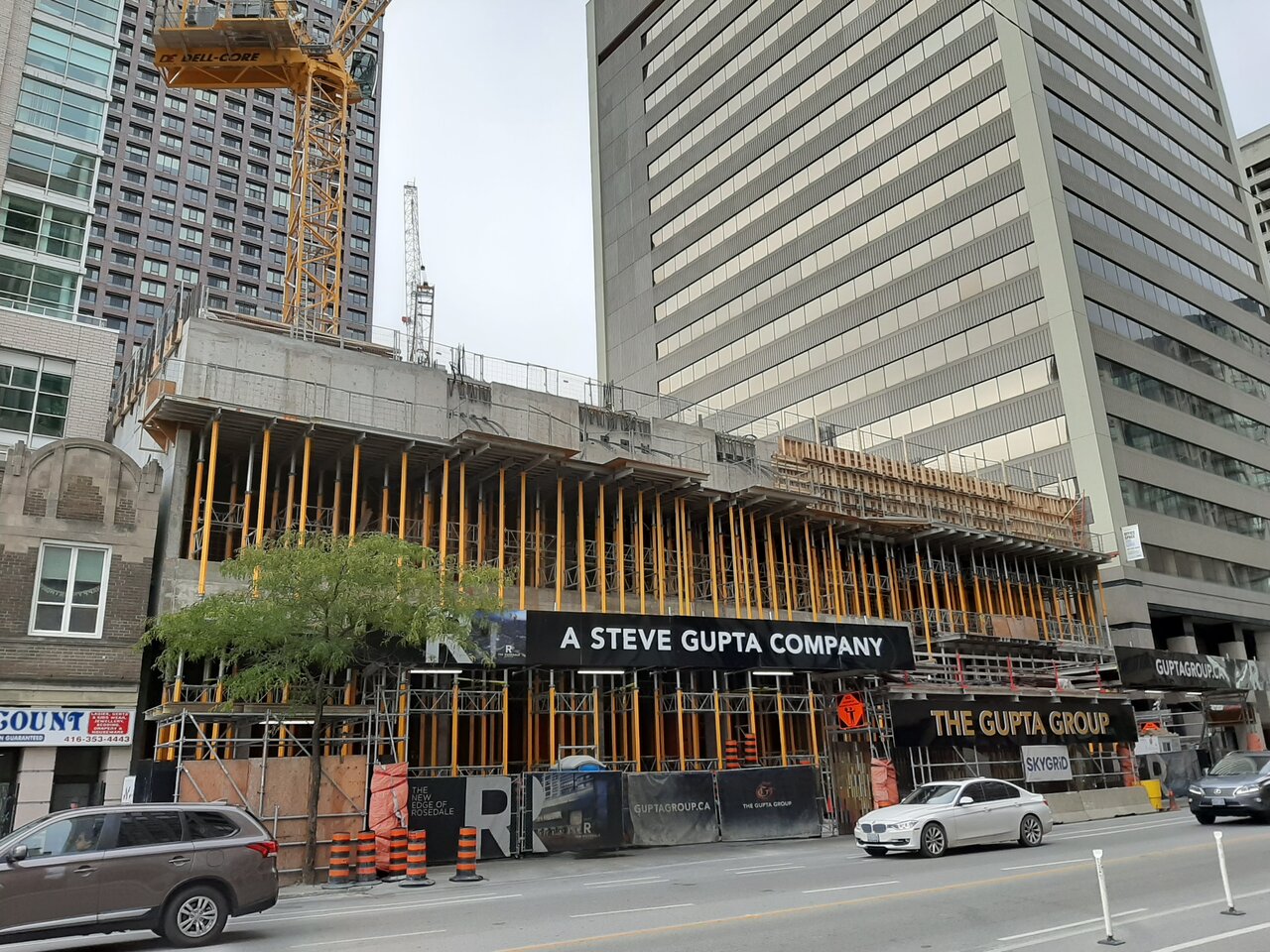 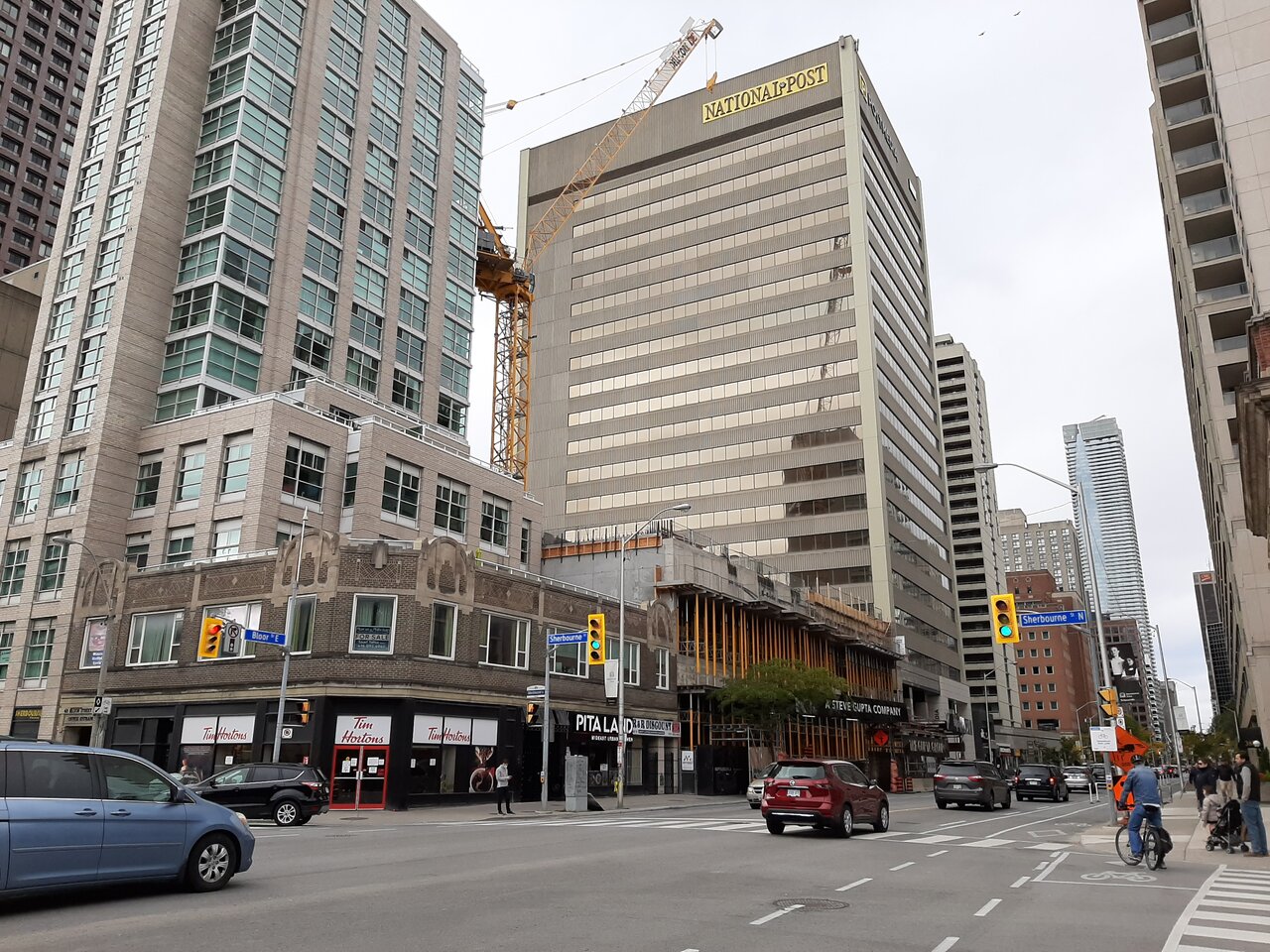 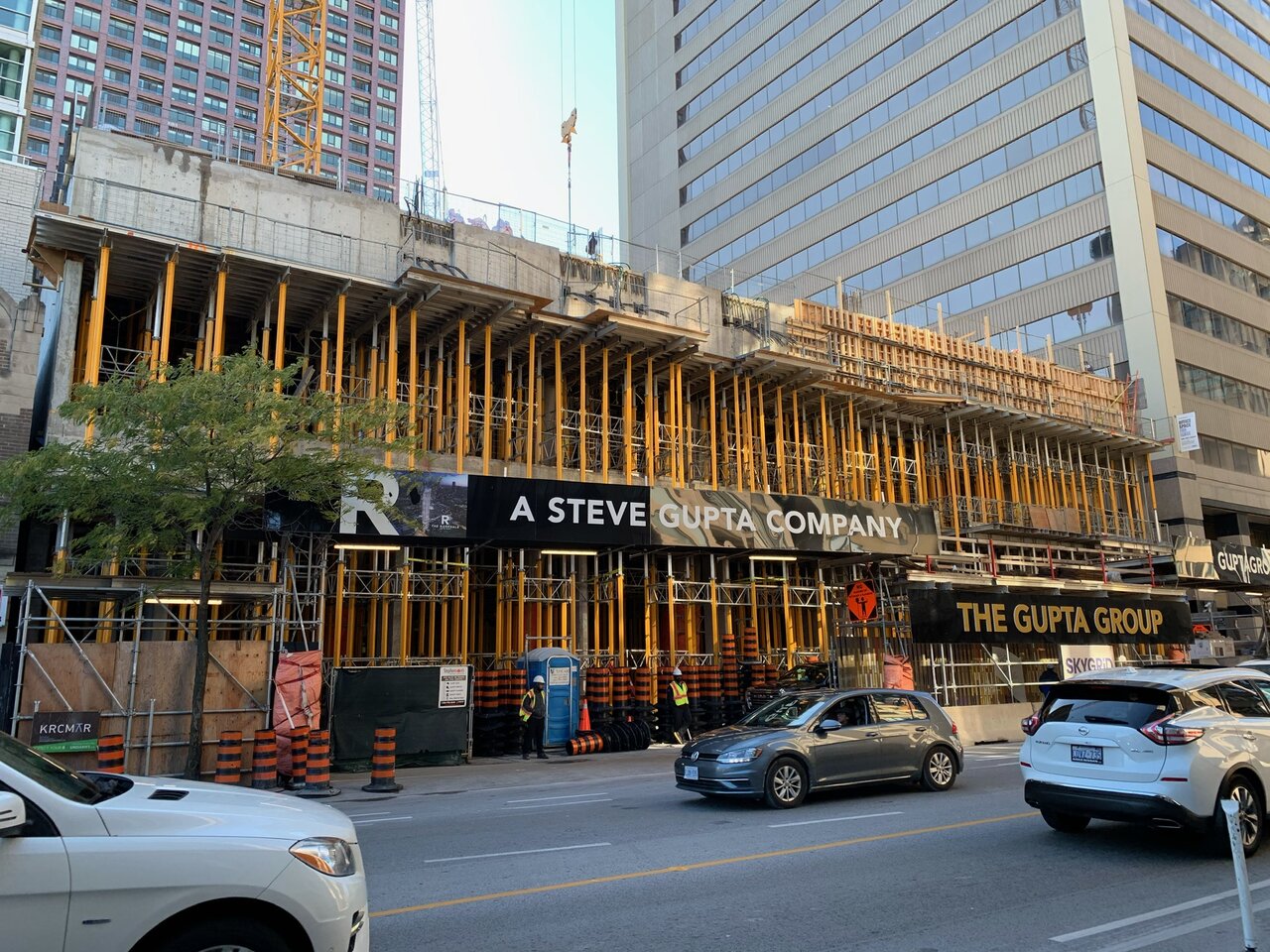 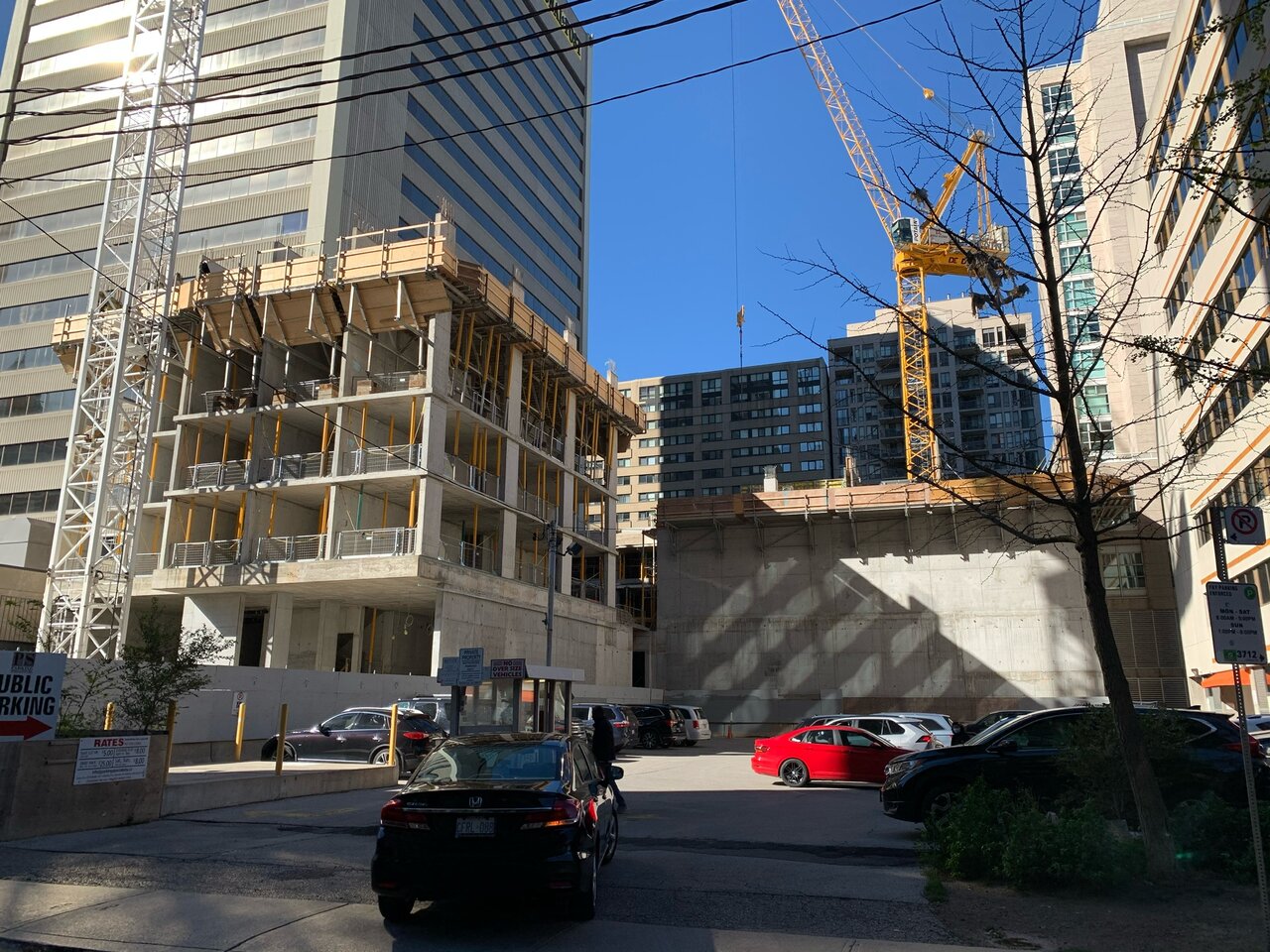 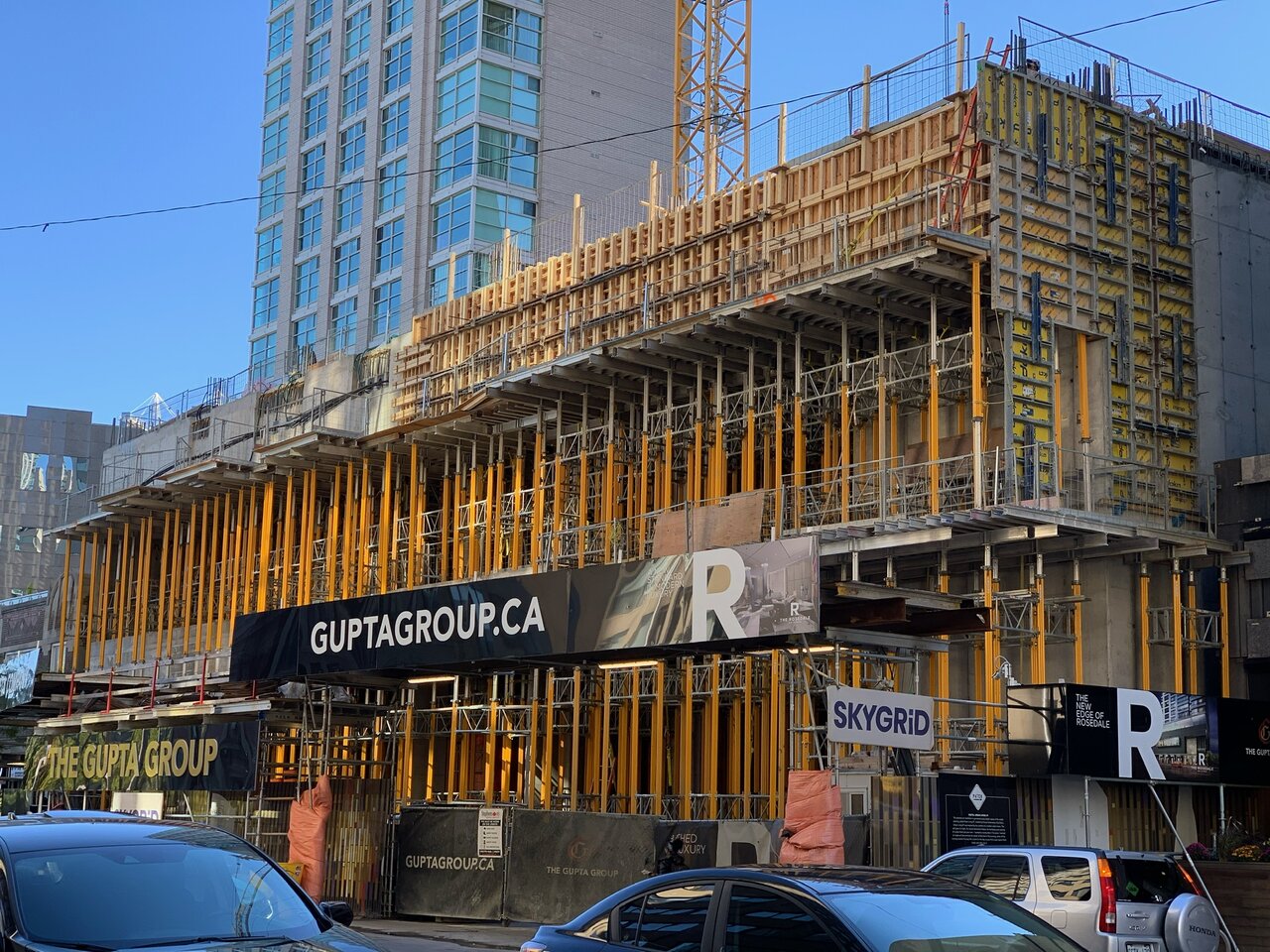 Not much progress in the past couple weeks: 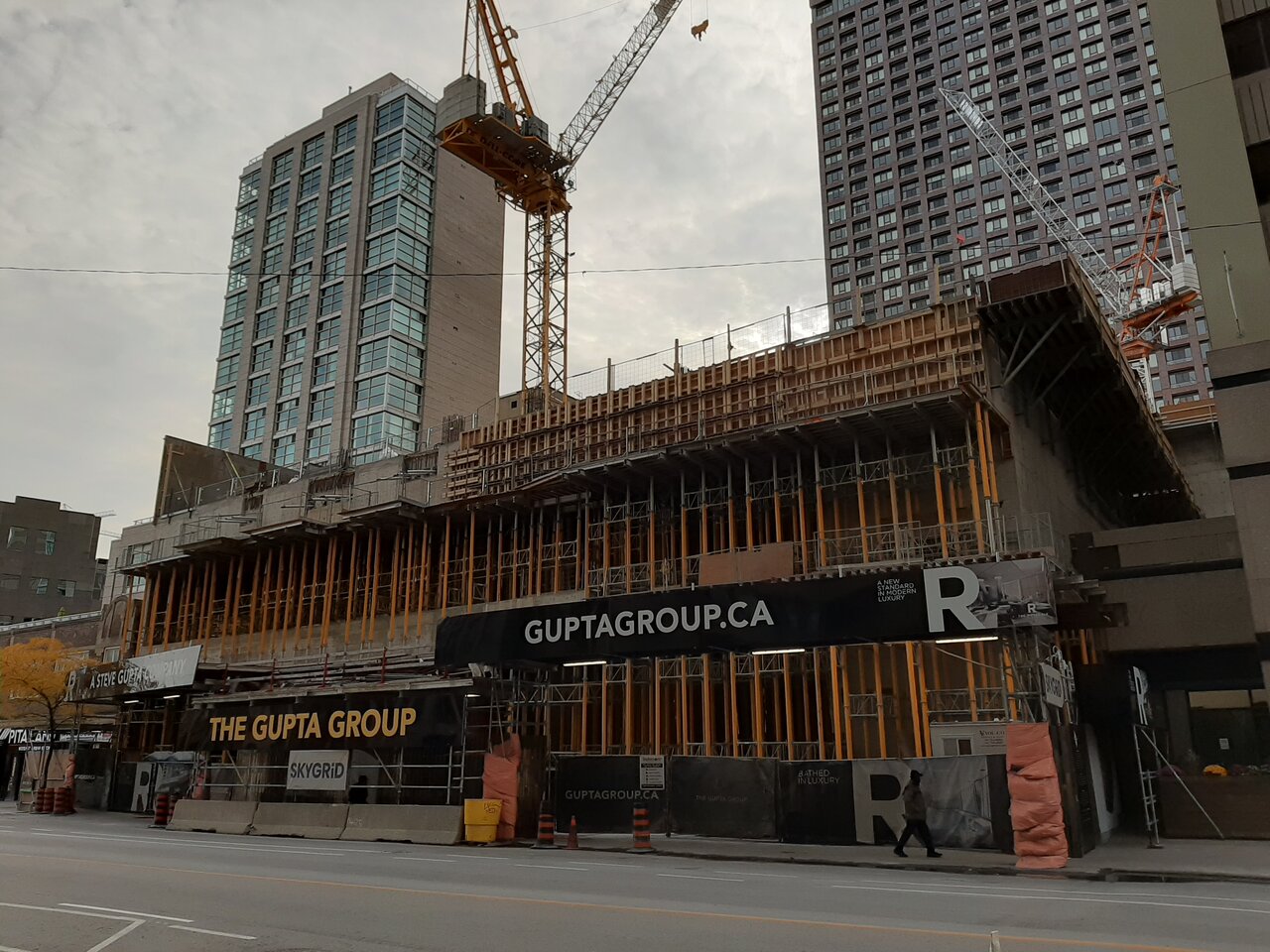 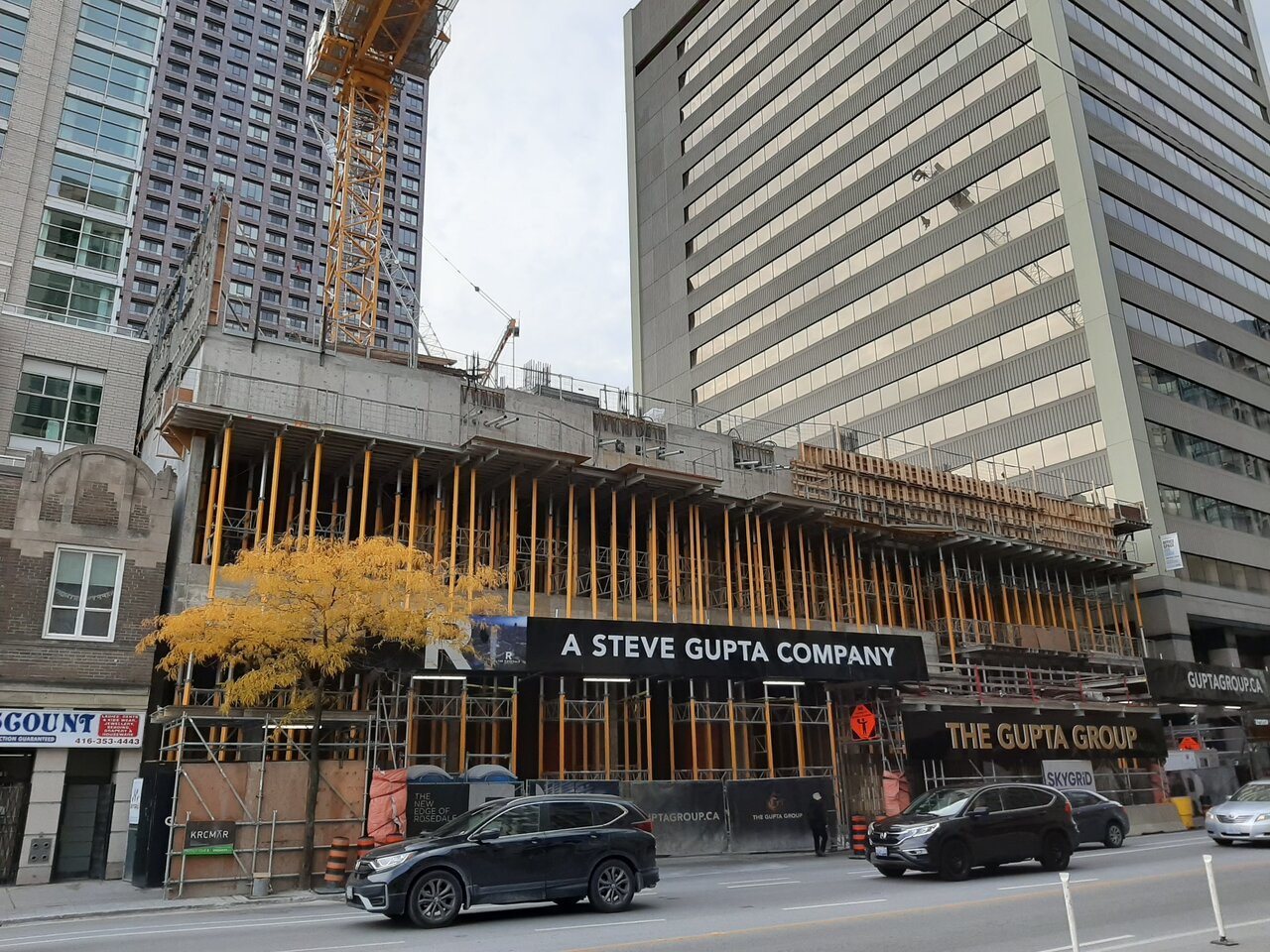 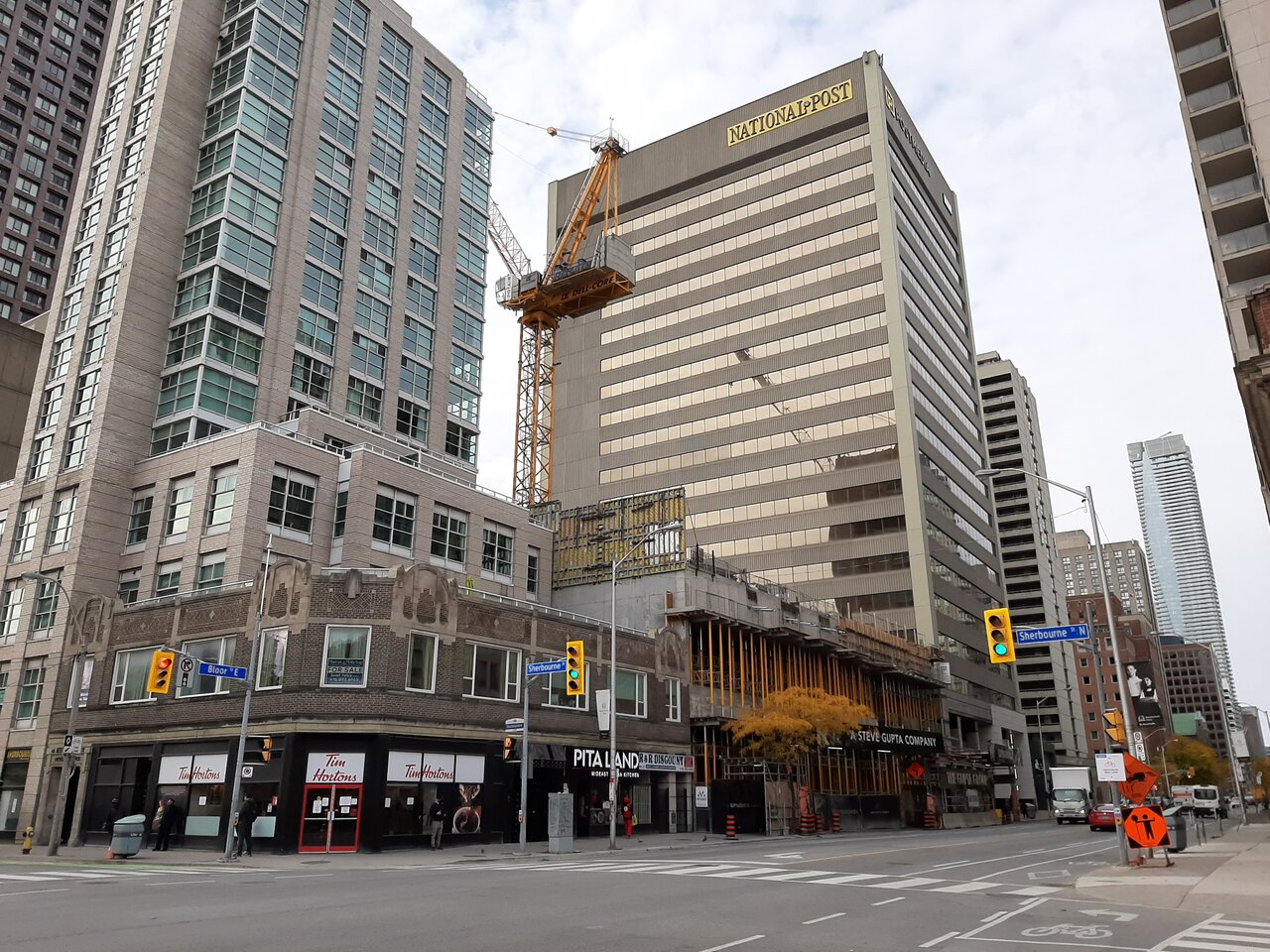 AlbertC said:
Not much progress in the past couple weeks:
Click to expand...

Or the past decade.