I think everything is fine the way it is, more or less, in terms of traffic lanes. I'm glad Adelaide and Richmond are one way with bike lanes.

W. K. Lis said:
Except, with Adelaide and Richmond converted to two-way streetcar tracks (to at least between Bathurst Street and Church or Parliament Streets), it would allow for streetcar detours for the the Santa Claus Parade and TIFF. Adelaide is one block north of King, while Richmond is one block south of Queen, both easy walking distances.
Click to expand...

Why would we want to keep making the King Street closure for TIFF a thing and spend money rebuilding long-removed or disused streetcar tracks to do so?
A

Undead said:
Didn't know where else to post this.

Running errands downtown today I couldn't help but notice the poor shape of many/most major roads. How can we discuss public realm beautification if we won't even do basic maintenance? Such a shame.
Click to expand...

My understanding is that a huge (50%+?) of the road budget has been eaten up by the Gardiner rebuild. If so, what we’re seeing today is the consequence of that decision on the rest of the city’s road network.

That aside, I hope all the road rebuilds add way more street trees and bike lanes. (I’ve always thought downtown was so grey, so trees would help a lot.) There’s a lot of potential for dedicated bike lanes to reduce traffic in the core and increase the walkability and livability of downtown neighbourhoods - and make it easier and faster to get around.
D

Where would you add trees on the streets? The sidewalks are already narrow.

ShonTron said:
Why would we want to keep making the King Street closure for TIFF a thing and spend money rebuilding long-removed or disused streetcar tracks to do so?
Click to expand...

What about road repairs, fires, accidents, unknown for King? Queen is the same but you have City Hall and City TV that will have an impact on the Queen line more than King.

You could do something TTC wants to do for Union Station Loop that is to run service from Bathurst St to/from the city centre as well Spadina. This will be far better than Union other than that small number going to Union in the first place.

These lines will see the same impact as current lines for any parade like they have been seeing for decades.

All sidewalks are too narrow to meet today needs and we need to start removing a lane or 2 to deal with wider sidewalks.
Due Time restriction, visit my site https://www.flickr.com/photos/drum118/ to see updated photos of projects shot the last few weeks since I don't have the time to post them to various threads.
See my videos on YouTube https://www.youtube.com/user/Transitdrum118
A

Deadpool X said:
Where would you add trees on the streets? The sidewalks are already narrow.
Click to expand...

I’d take out a travel lane or parking.

April 11
I have work on site for road and bridges construction as well watch them and the first time I have seen EPS geofoam use in place of backfill for a ramp or road.

Assuming forming will be use to pour a concrete ramp with a sub base being pour first. 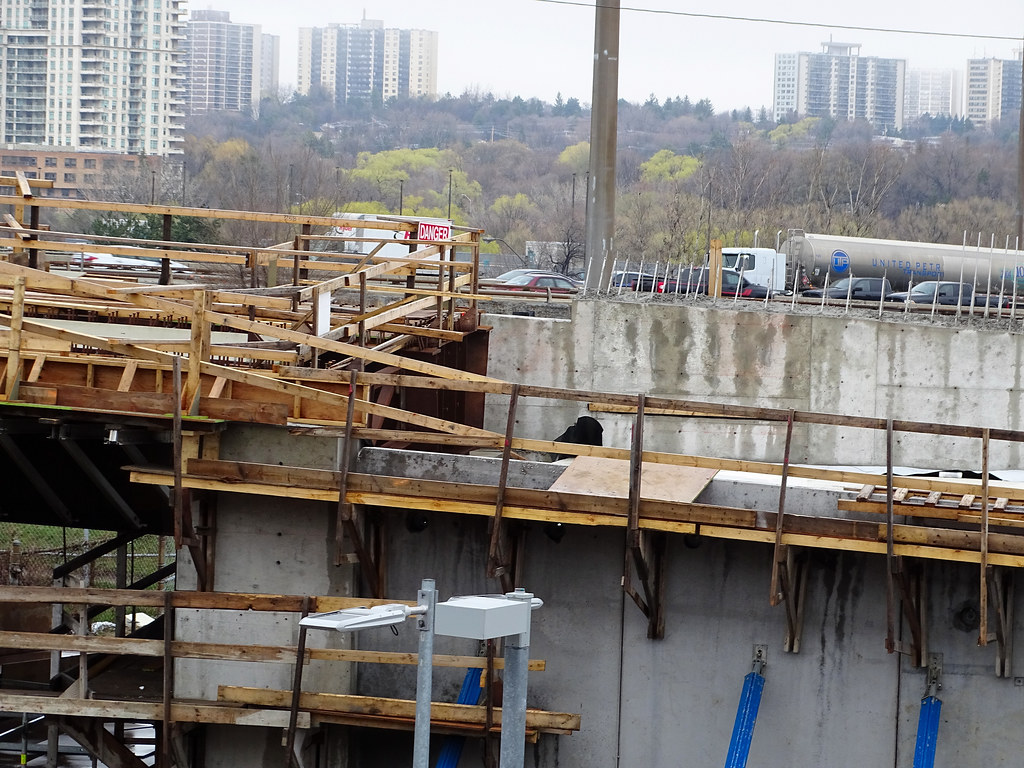 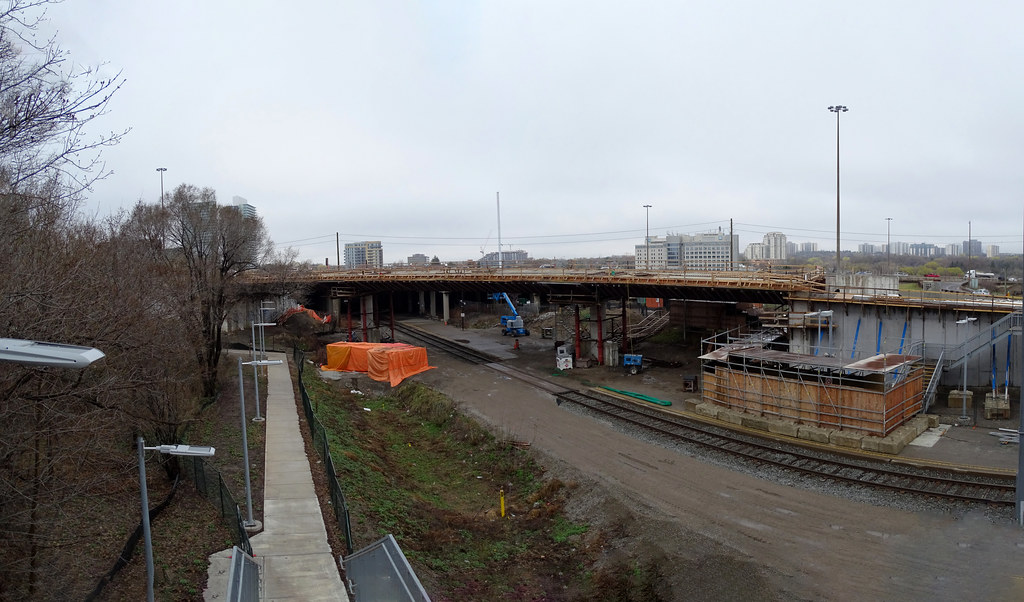 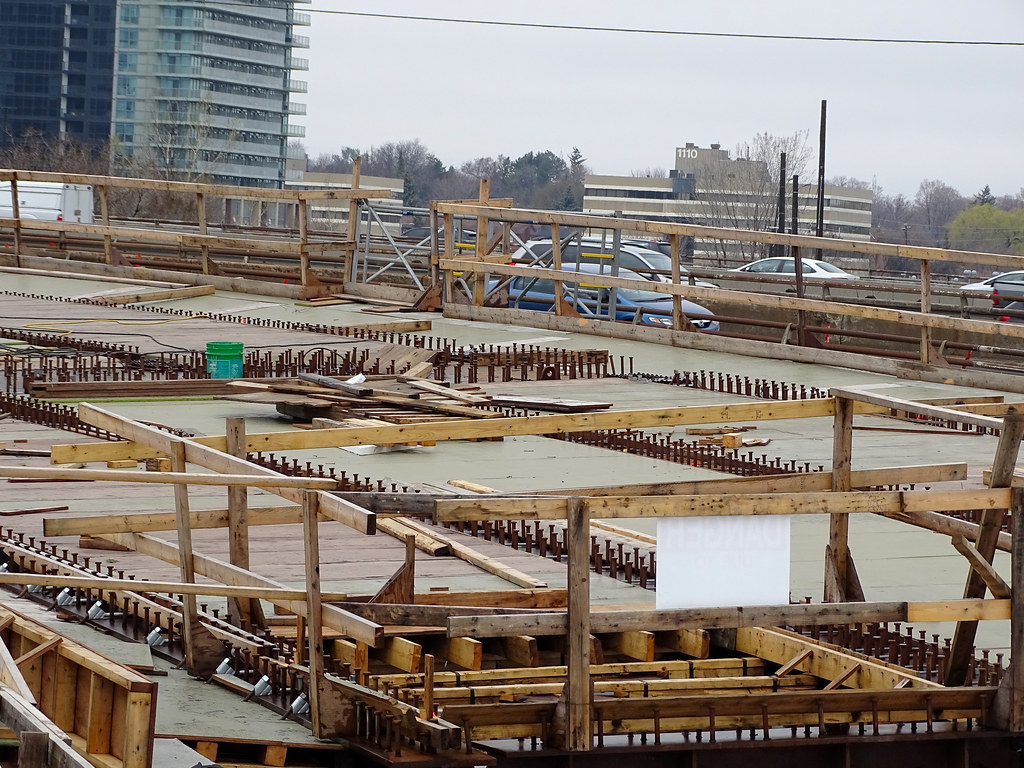 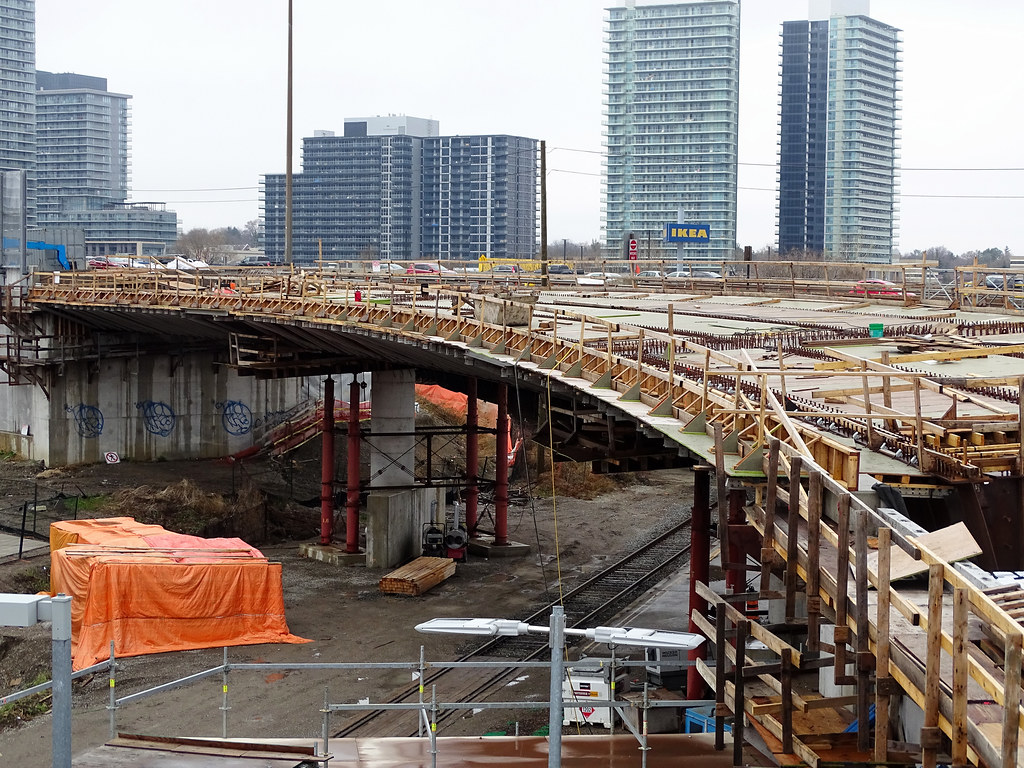 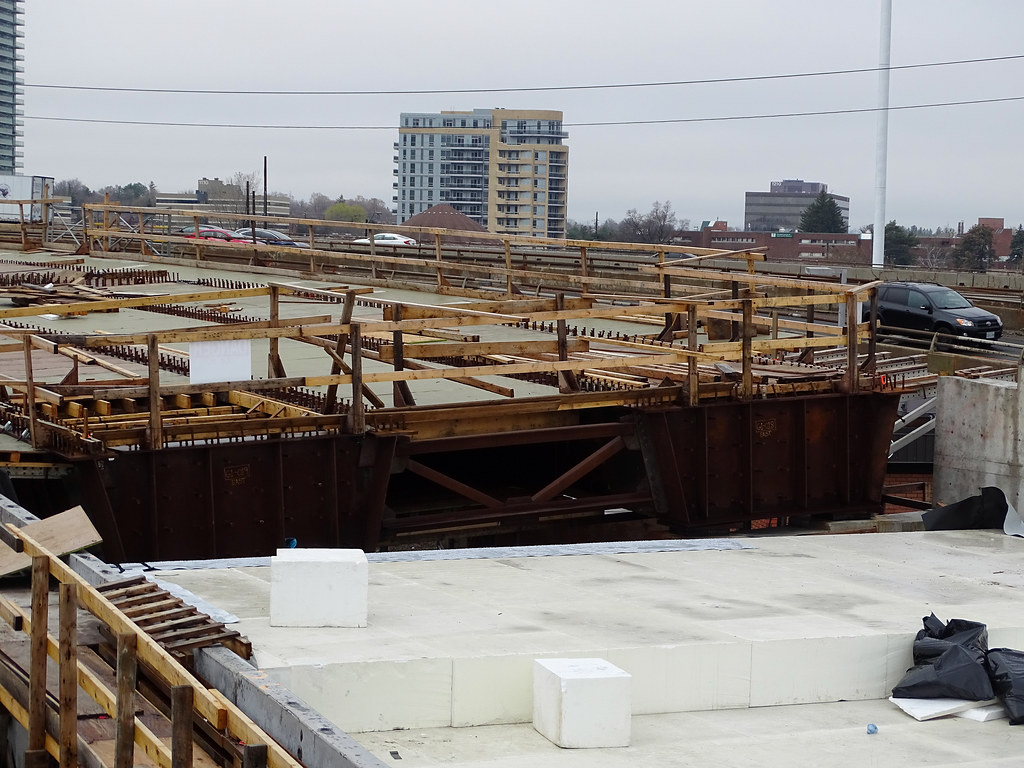 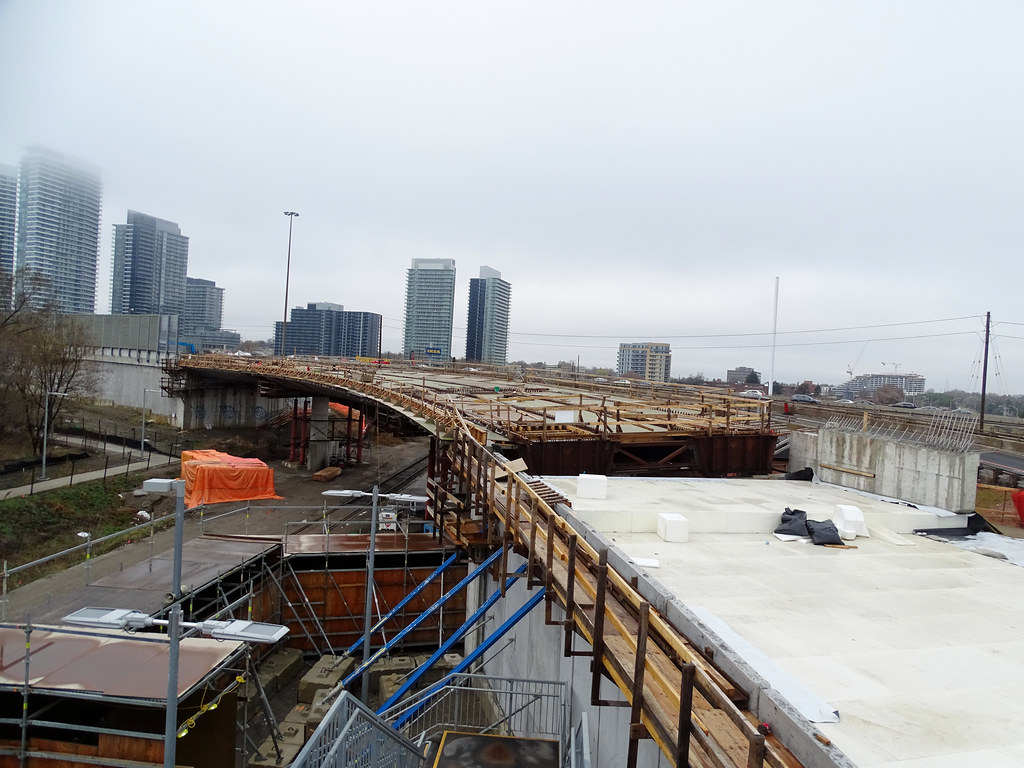 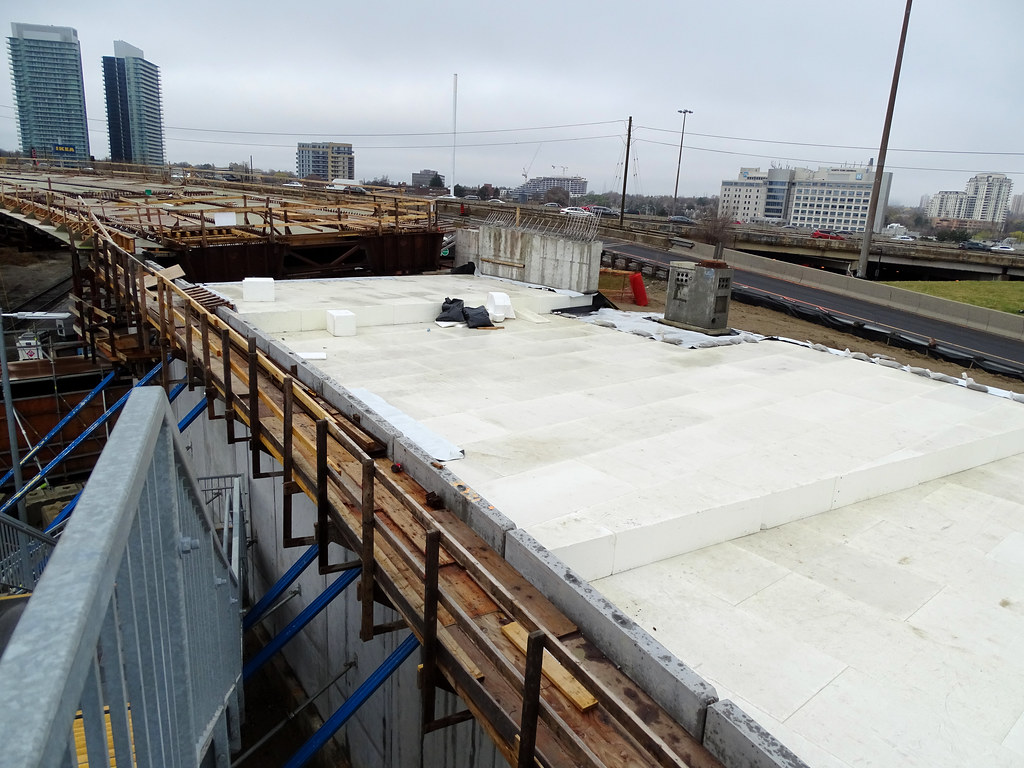 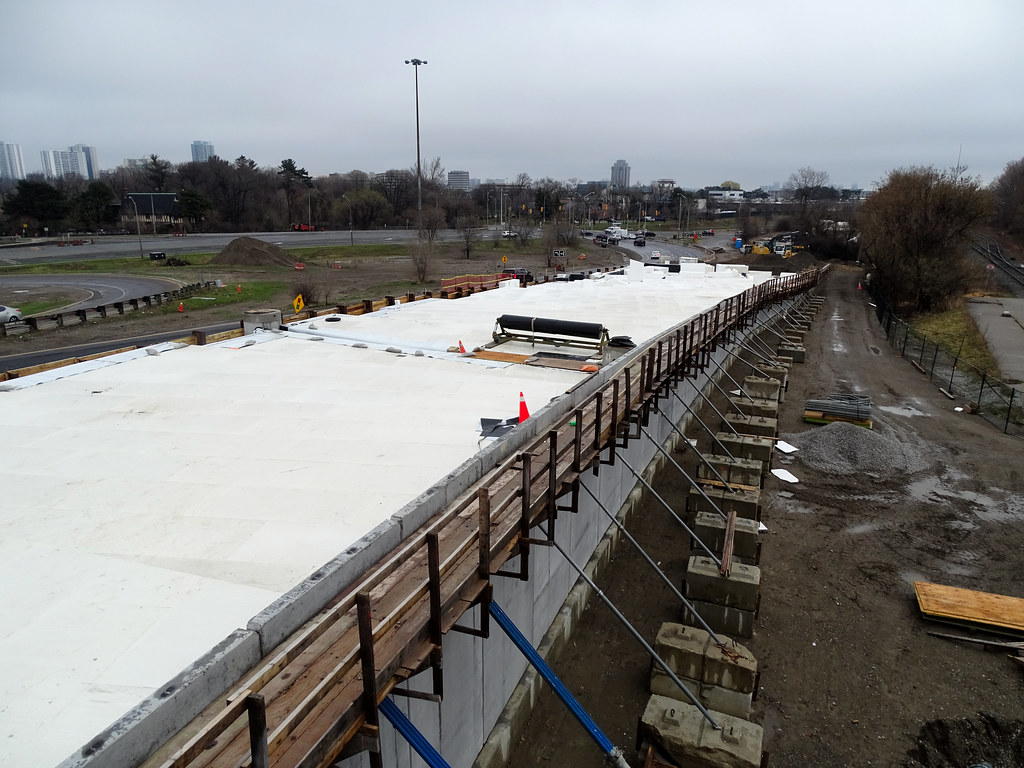 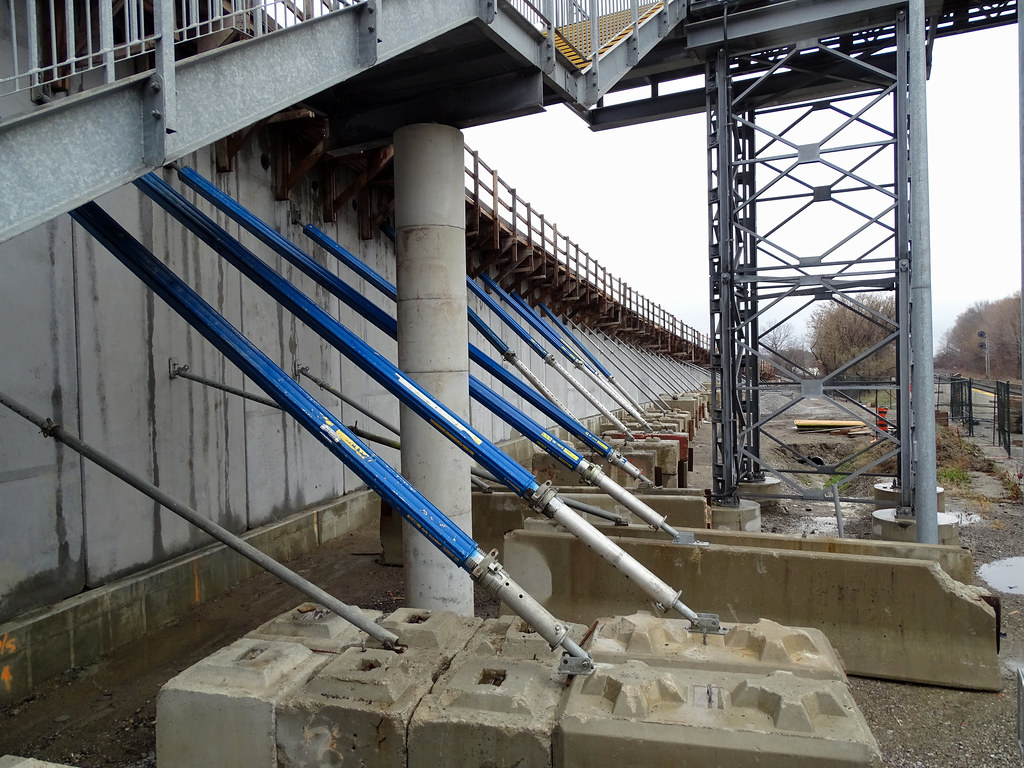 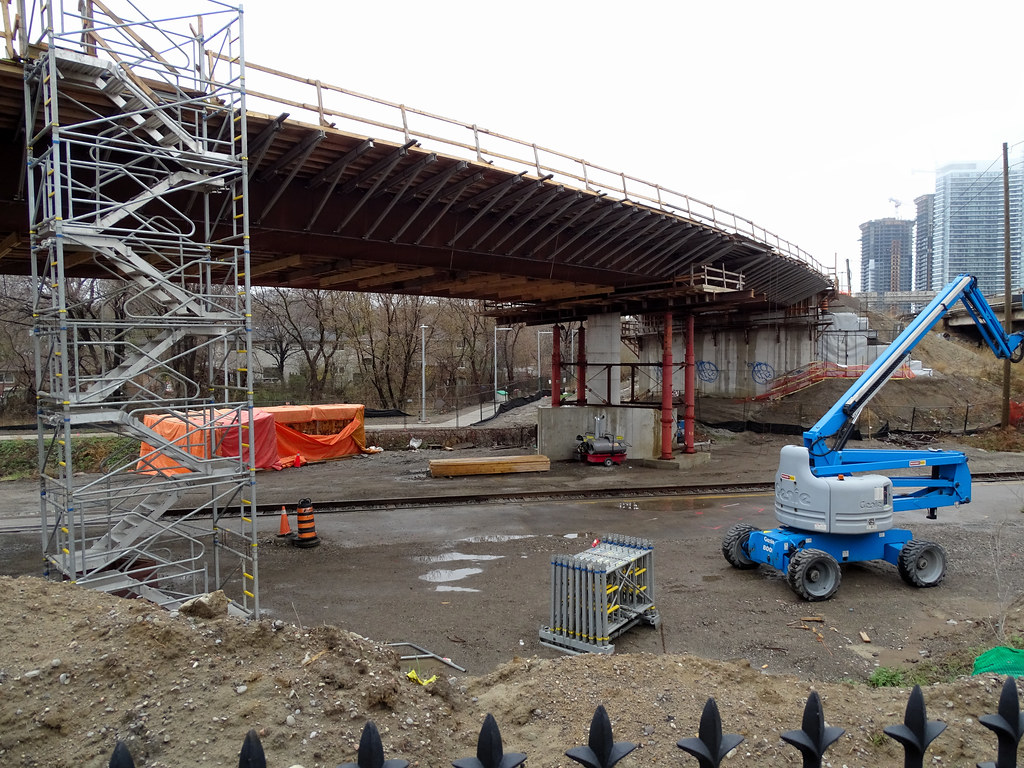 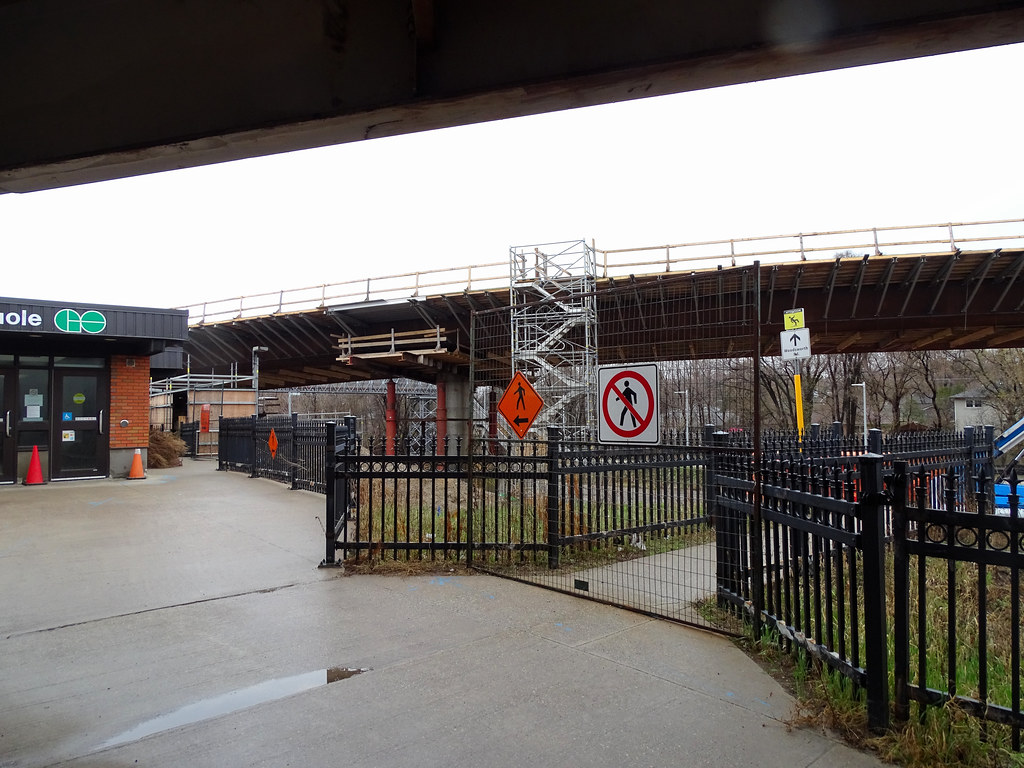 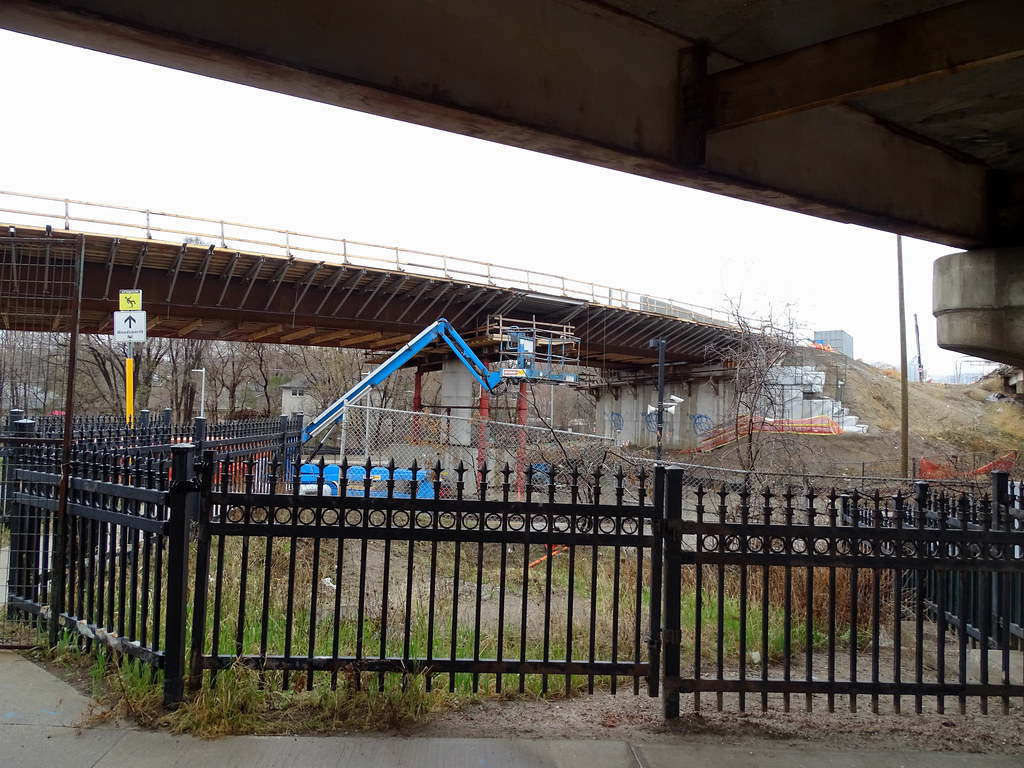 COVID-19 takes a big bite out of Highway 407 traffic, revenues and profits

TORONTO - An increase in COVID-19 infections and restrictions in the Toronto area have resulted in a dramatic reduction in traffic on the Highway 407 ...

The company that operates the freeway, 407 International Inc., says a 44 per cent drop in traffic volumes in the first quarter of the year had a severe impact on its net profits.

Total trips over the three months ended March 31 decreased to 13.08 million from 23.5 million, while total vehicle kilometres were 256.1 million, down 48 per cent from 490.8 million a year earlier.
Click to expand...

COVID-19 takes a big bite out of Highway 407 traffic, revenues and profits

TORONTO - An increase in COVID-19 infections and restrictions in the Toronto area have resulted in a dramatic reduction in traffic on the Highway 407 ...

Makes sense to me. Why pay $ when the free routes aren't congested?

There are no widening projects scheduled on the ETR this year for the first time in a while. The entire median from the 401 to the 404 has been filled in with lanes. I can't really see short or mid-term needs for expansion in other sections... maybe the 403 to 401 section could see another lane if GTA West is built.

Still with traffic levels down on the thing, it would be good timing to finally start work on converting the 410, 427 and 404 interchanges to full stacks. The tiny loops at the 427 look rather annoying in particular and will get more use once the 427 extension opens. Flyover connections would be a huge improvement here. 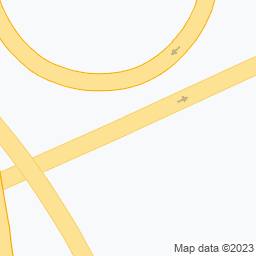 A major new GTA highway extension remains off limits to motorists because there are “safety concerns” around how it was built, Infrastructure Ontario (IO) says.

Drone shots posted online of the Hwy. 427 extension — between Hwy. 7 and Major Mackenzie Dr. — show what appears to be a completed empty highway in full view of motorists on nearby, often congested routes.
Click to expand...

“Highway 427’s expansion is not complete,” IO spokesperson Ian McConachie said in an email to the Toronto Sun last week when asked about the opening. “Specifically, the roadway was not built to the specifications in the contract. This results in highway surface drainage and related safety concerns.”

Jim Faught, spokesperson for LINK427, the winning bidder to design, build and maintain the highway extension, said IO and the Ministry of Transportation (MTO) have not issued a Substantial Completion Certificate for the project — a requirement for opening.

“Discussions around achievement of Substantial Completion, and the province’s safety concerns of the constructed highway, are currently being addressed through the allowed processes in the context of our contract and we are unable to discuss specifics at this stage,” Faught said in an email. “LINK427 cannot comment (on) any other commercial matters related to the highway opening.”
Click to expand...

The government’s plan is to open the extension this summer, McConachie said.

One section, the portion that involved widening the section of Hwy. 427 south of Hwy. 7, is already being used by motorists, he said.

“The province has worked with the contractor to facilitate the opening of that section by placing conditions such as reduced speed and additional salting in below-zero conditions that would allow that portion of the road to open,” McConachie said. “However, there are different considerations that must be taken into account for this section (extension). We hope the contractor will take advantage of the decreased traffic volumes to complete this repair.”

The IO website describes the project — valued at $616 million — as a needed extension to ensure the efficient movement of people and goods through a region usually plagued by gridlock.
Click to expand...

The project included a 6.6 kilometre extension of Hwy. 427 from Hwy. 7 to Major Mackenzie Dr., and the original plan called for new High Occupancy Vehicle (HOV) lanes.

The first request for qualifications went out on July 13, 2015. The winning bidder was chosen on Jan. 25, 2017 to design, build, finance and maintain the highway expansion.

LINK427 is a consortium of developer, construction, design and maintenance companies.

The contract was awarded through a competitive Alternative Financing and Procurement (AFP) model, but ownership of the completed project is to remain in public hands.

The Ontario government frequently uses public-private partnerships to construct roads, hospitals and other infrastructure, saying the projects tend to come in on time and on budget with less financial risk to the taxpayer.
Click to expand...

I'm feeling doubtful about a summer opening now.
I hate that there's no firm commitment. UGH
U

Obviously they didn't use the usual approach of over-signing and explaining how to use them. I have never seen anyone misuse a roundabout like that in my day-to-day driving. The worst is someone on a roundabout stopping/yielding to me and trying to wave me onto it rather than just going.
Member since February 10, 2002
R

Obviously they didn't use the usual approach of over-signing and explaining how to use them. I have never seen anyone misuse a roundabout like that in my day-to-day driving. The worst is someone on a roundabout stopping/yielding to me and trying to wave me onto it rather than just going.
Click to expand...

The one in Governors Road regularly has people go around it in a clockwise direction; particularly if they're making a left onto Nesbitt. It's been around for decades.

Do not expect to see this in Ontario at any time soon. Maybe by the 22nd century...