June 11, looking towards Sheppard (apologies for the delay). The former Grande movie theatre has now been removed, or at least the part along Sheppard. 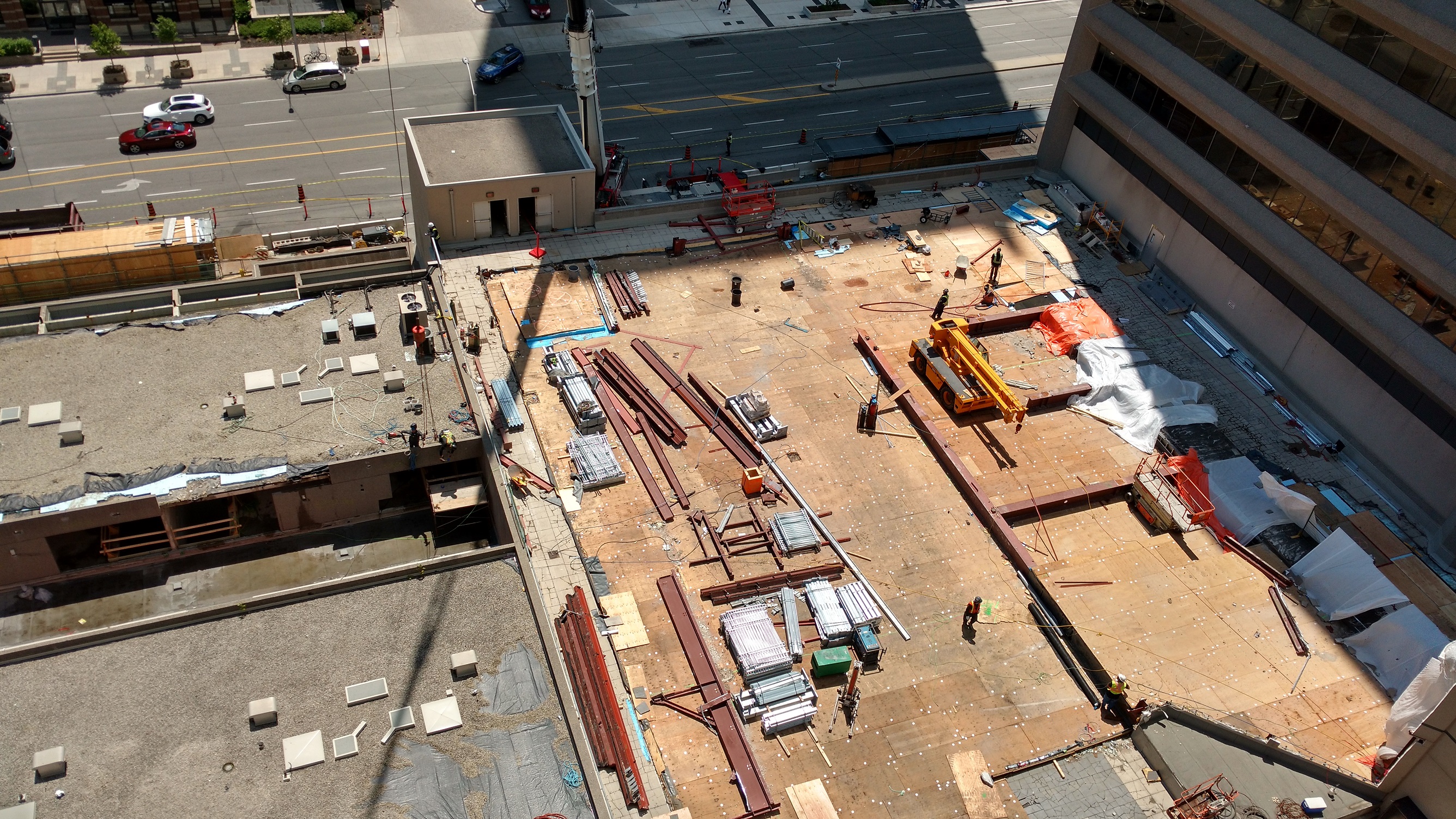 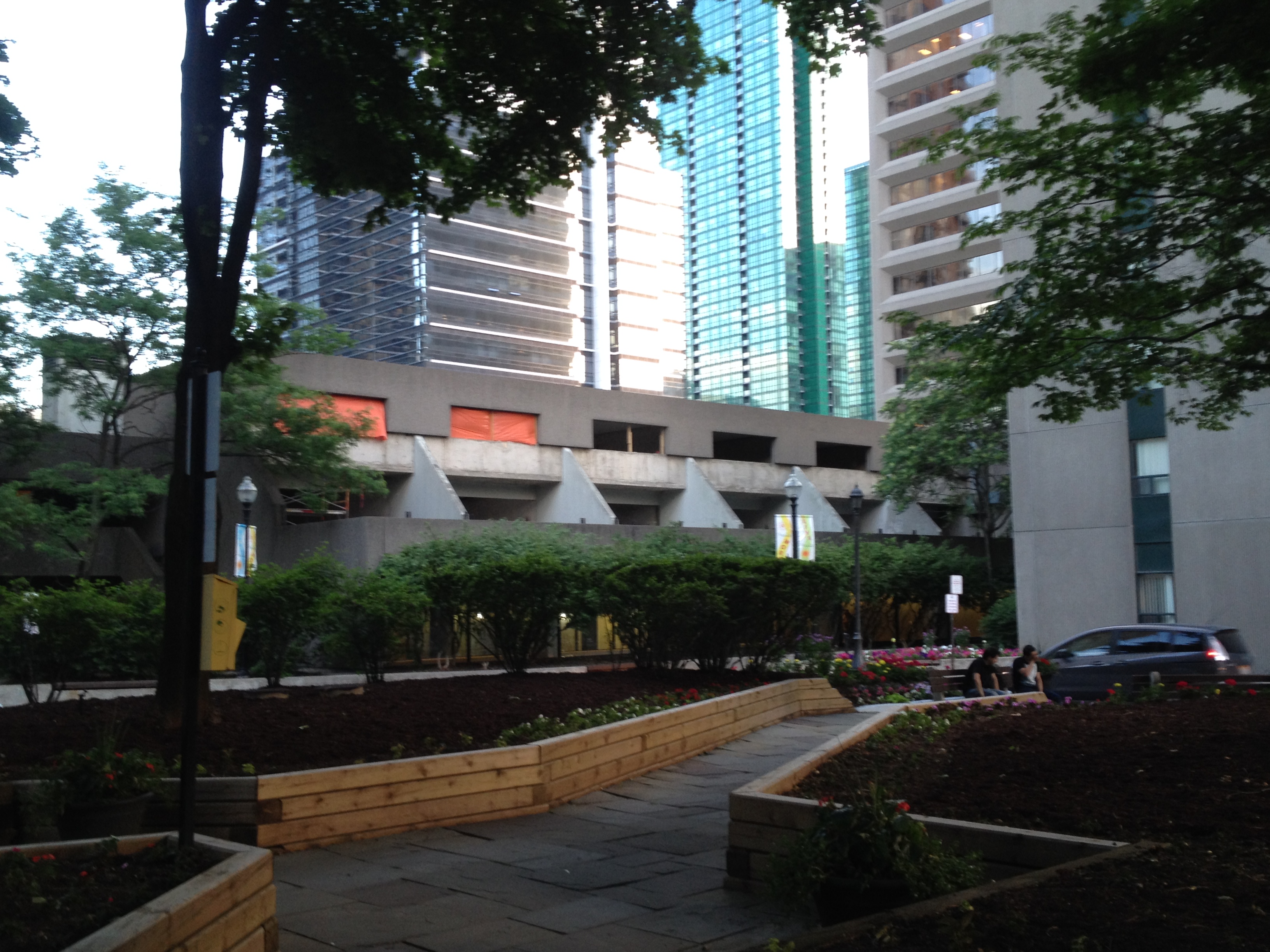 Now working on demolishing north wing of former cinema along Greenfield - most of roof seems to be gone and few panels of other walls are off as well (image looking northwest from SheppardCentre apartment courtyard). Notice former cinema is lighter shade since it was added to rooftop of SheppardCentre retail in around 1998 - whereas SheppardCentre office, retail and apartments were built around mid-1970s. After that they will still have to deal with the larger west wing along Yonge. 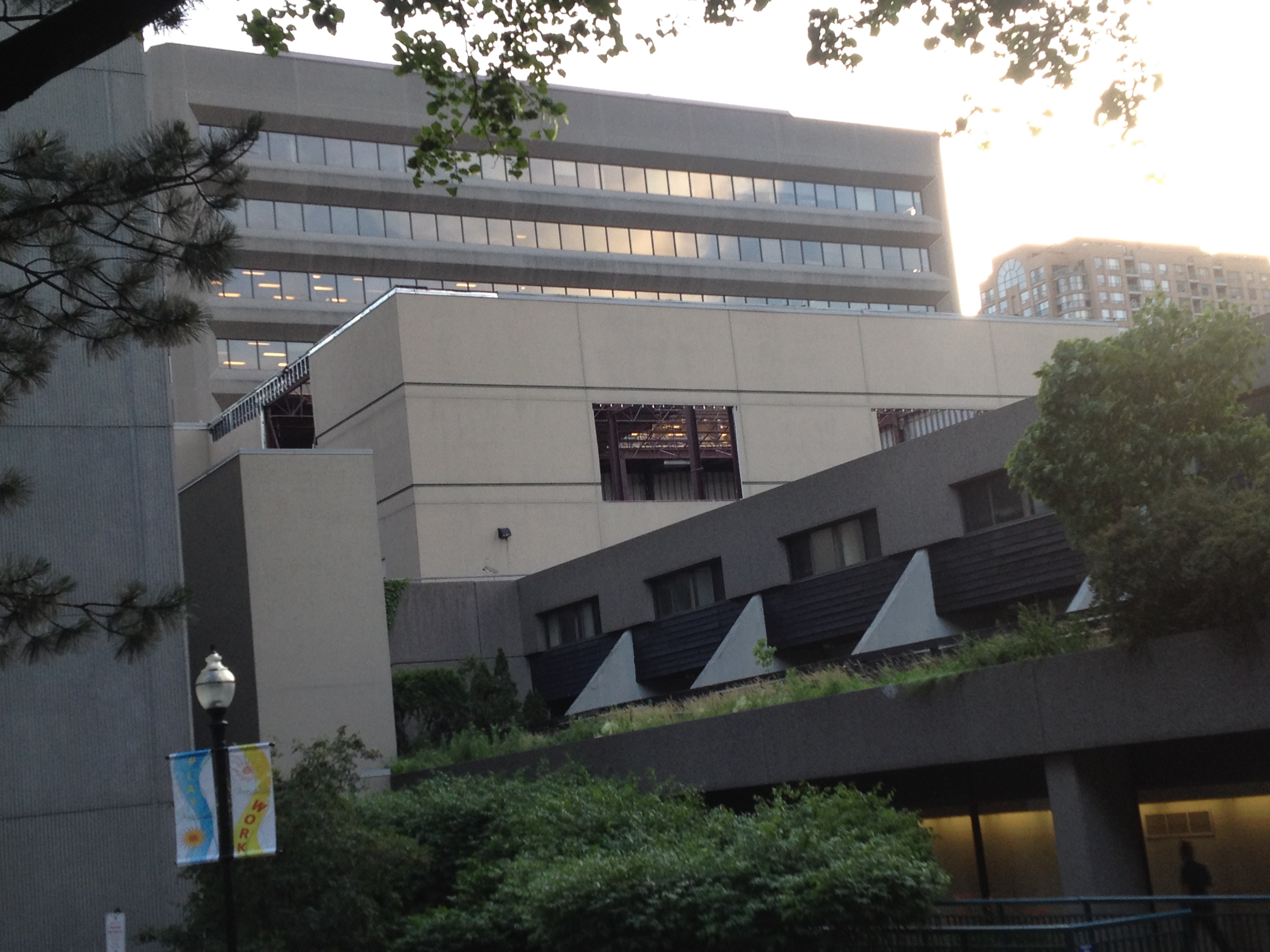 Not sure what is being constructed here exactly. 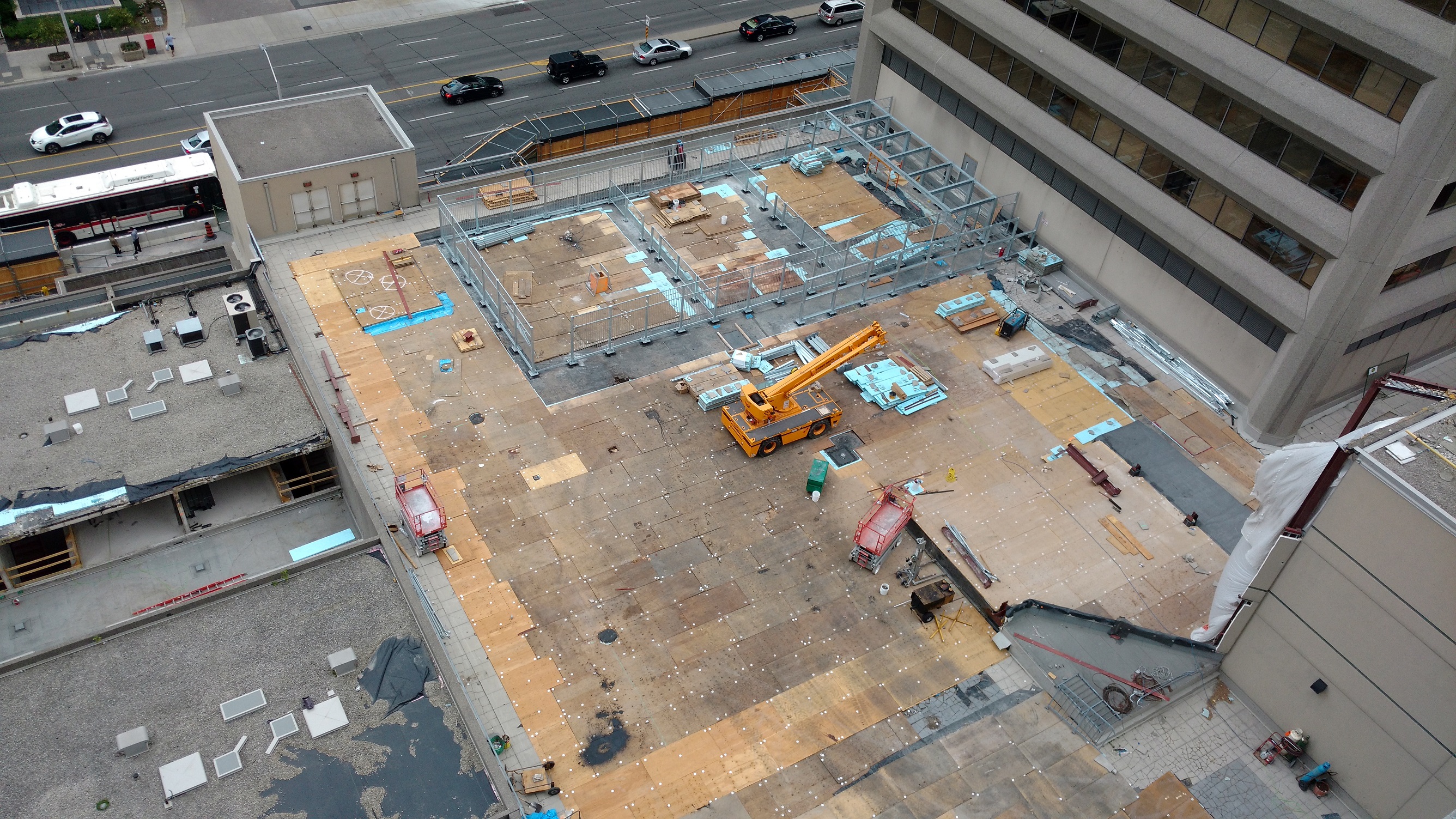 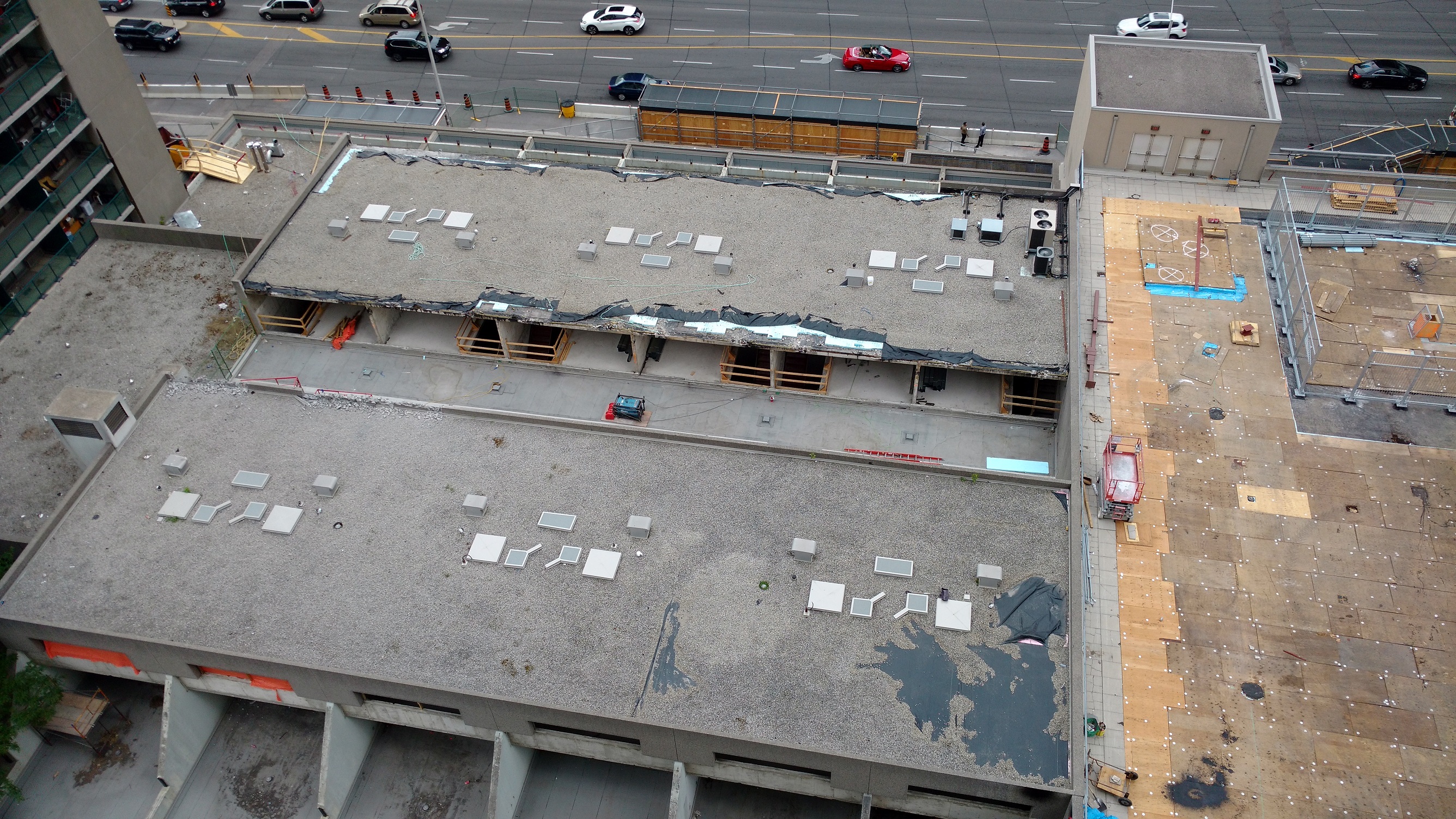 DB13 said:
Not sure what is being constructed here exactly.View attachment 80729
Click to expand...

Originally, this area along Sheppard, both above the mall and above the rental units (former GoodLife), was supposed to be 4 storey of rental units to replace the lost rental units (rooftop shown would have been level 3),.... but since the new apartment tower will be all rental units - there's more flexibility with this space.

This rooftop lines up with second floor of south office tower,... most of which will be converted to restaurant useage, especially closer to Yonge & Sheppard corner where there will be an outside patio above street-level. Thus, one could assume this would also be a rooftop patio area,.... but if you examine the bars on the fencing,.... you notice that the perimeter fencing are much higher and designed to keep people in - nope this isn't a jail cell,.... it's a kids outdoor nursery play area.
Where High-Density Development Are In GTA & Who Lives There: http://neoformix.com/Projects/DotMaps/TorontoVisMin.html
Interactive Commuting (Drive, Transit, Cycle, Walk) Mode Share By Census Tract: http://www3.thestar.com/static/googlemaps/100105_bikes.html
D

North Wing of former Cineplex is striped of its wall - only I-beam frame remains. View from Greenfield Avenue above current loading docks area. 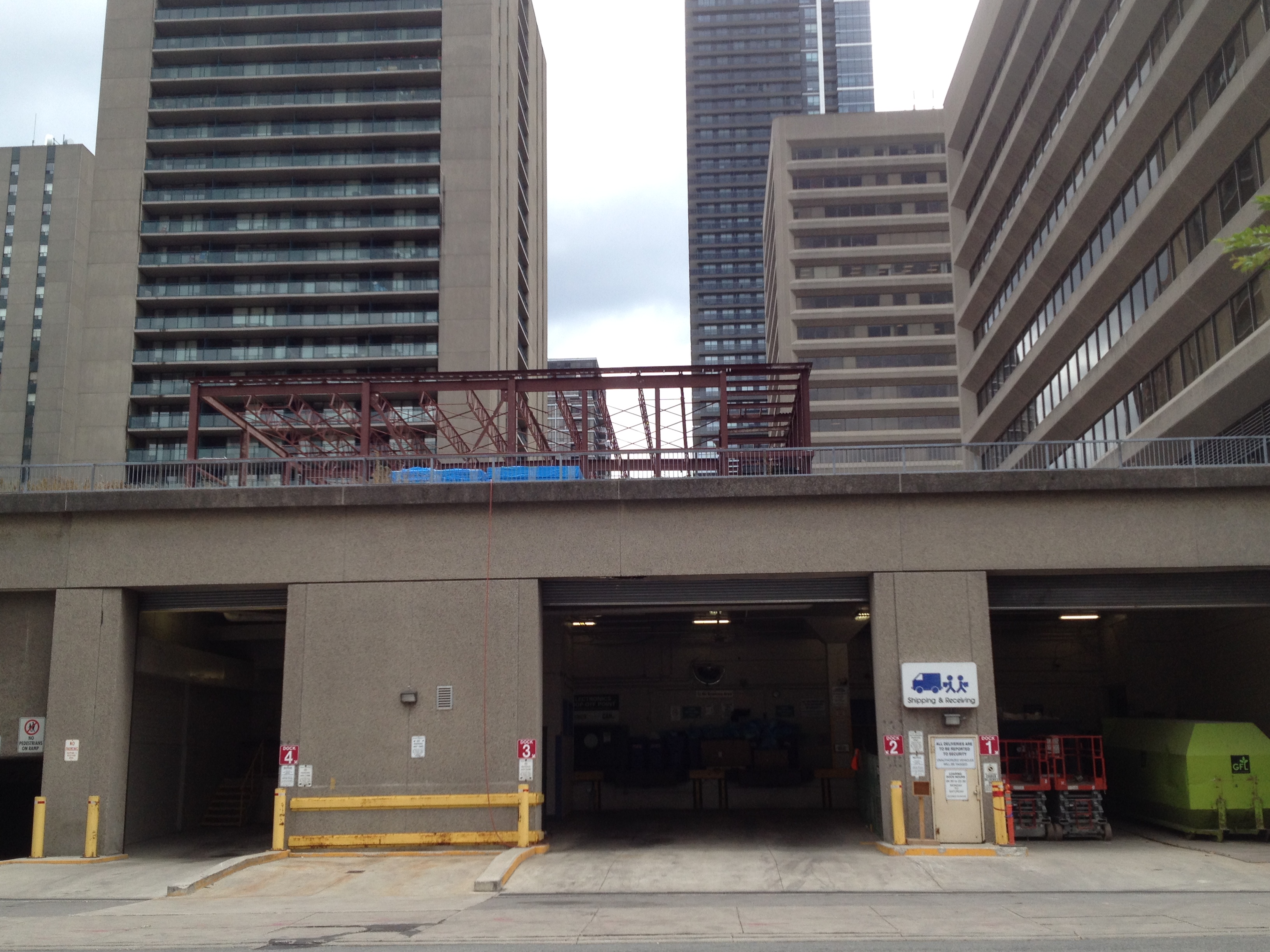 I walked by this site on the weekend as well. Must be a fascinating project from a logistics standpoint.

Are those loading docks going to remain, or will they transition into retail? Apologies if this has been clarified before, but the Quadrangle site plans are ambiguous to me.

mkerian said:
I walked by this site on the weekend as well. Must be a fascinating project from a logistics standpoint.

Are those loading docks going to remain, or will they transition into retail? Apologies if this has been clarified before, but the Quadrangle site plans are ambiguous to me.
Click to expand...

Yes, challenging from a logistic standpoint would be an understatement.

Not only is the mall remaining open during renovations, with basically all the remaining stores moving to the west side of the mall,... but as touched upon a few posts ago, the new children nursery infrastructure at the south end seems to be constructed first before they can demolish the old children nursery at the north end so that vital service can remain operational during renovation. That's based on what I recall from the revised plans posted by PipolChap last March but now that website is not accessible:
http://www.riocan.com/docs/default-...y/riocansheppardcentre_torontoon.pdf?sfvrsn=0

The original plans from Spring 2014, before they got City Planning final approvals is here:
http://www.riocan.com/docs/default-...t-library/riocan_sheppard_centre.pdf?sfvrsn=0
And it shows that rooftop (former Cinema south-wing) being "rental replacement housing".

Anyways, to answer your question,... the current loading docks space will not become retail space,.... instead, the current loading docks area will become daycare facilities with better street-level entrance & drop-off area than currently and another daycare level on top. To the immediate east of which will be the new apartment building and the new indoors loading docks will be to the east of that which is now just a grassy hilly area with rental units and nursery play area as per this old GoogleEarth Streetsview image: 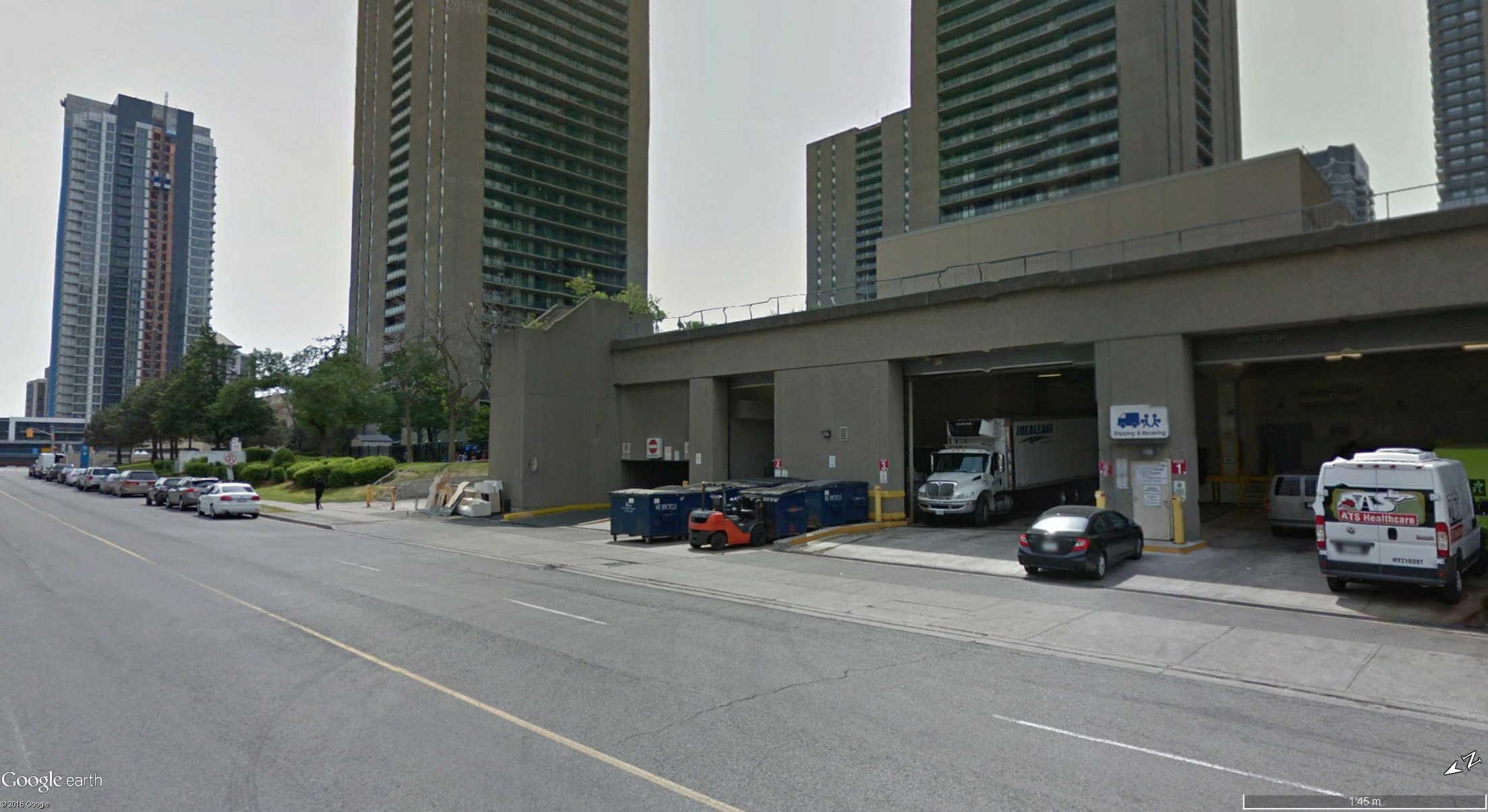 This area a bit east along Greenfield Ave currently looks like this as they are taking out the grassy hilly area, townhouse rental units and daycare nursery play area to build the new indoor loading docks: 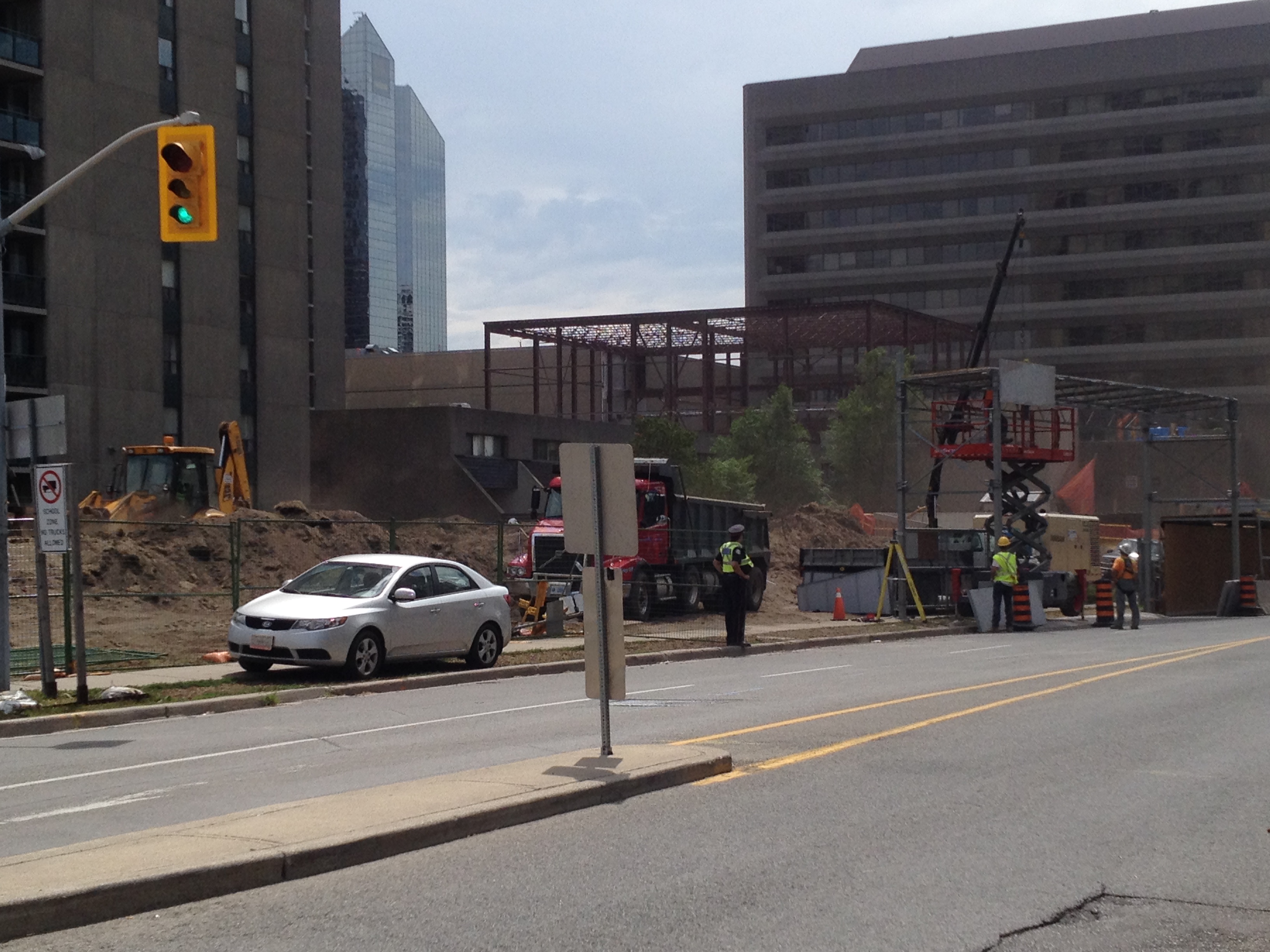 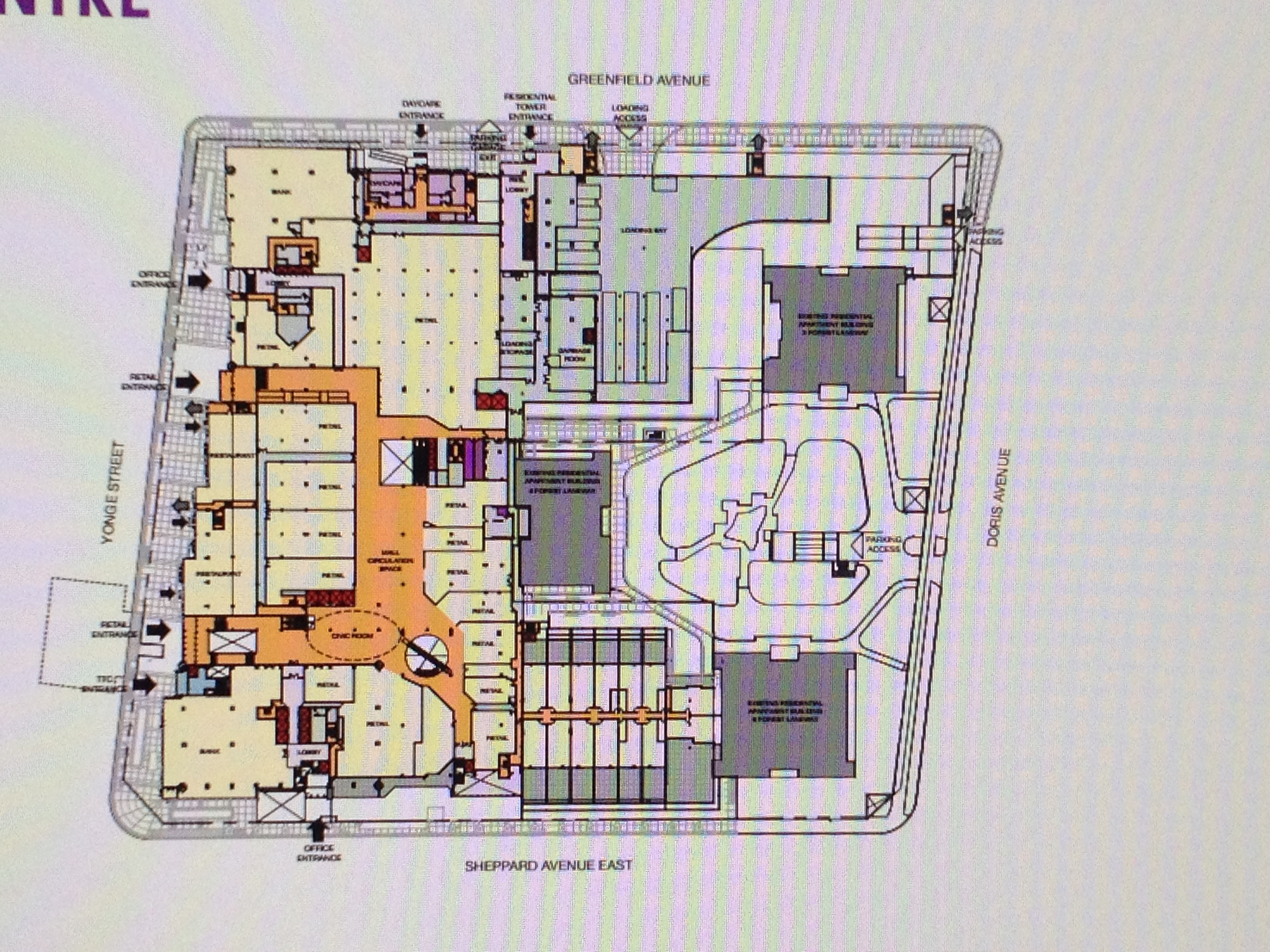 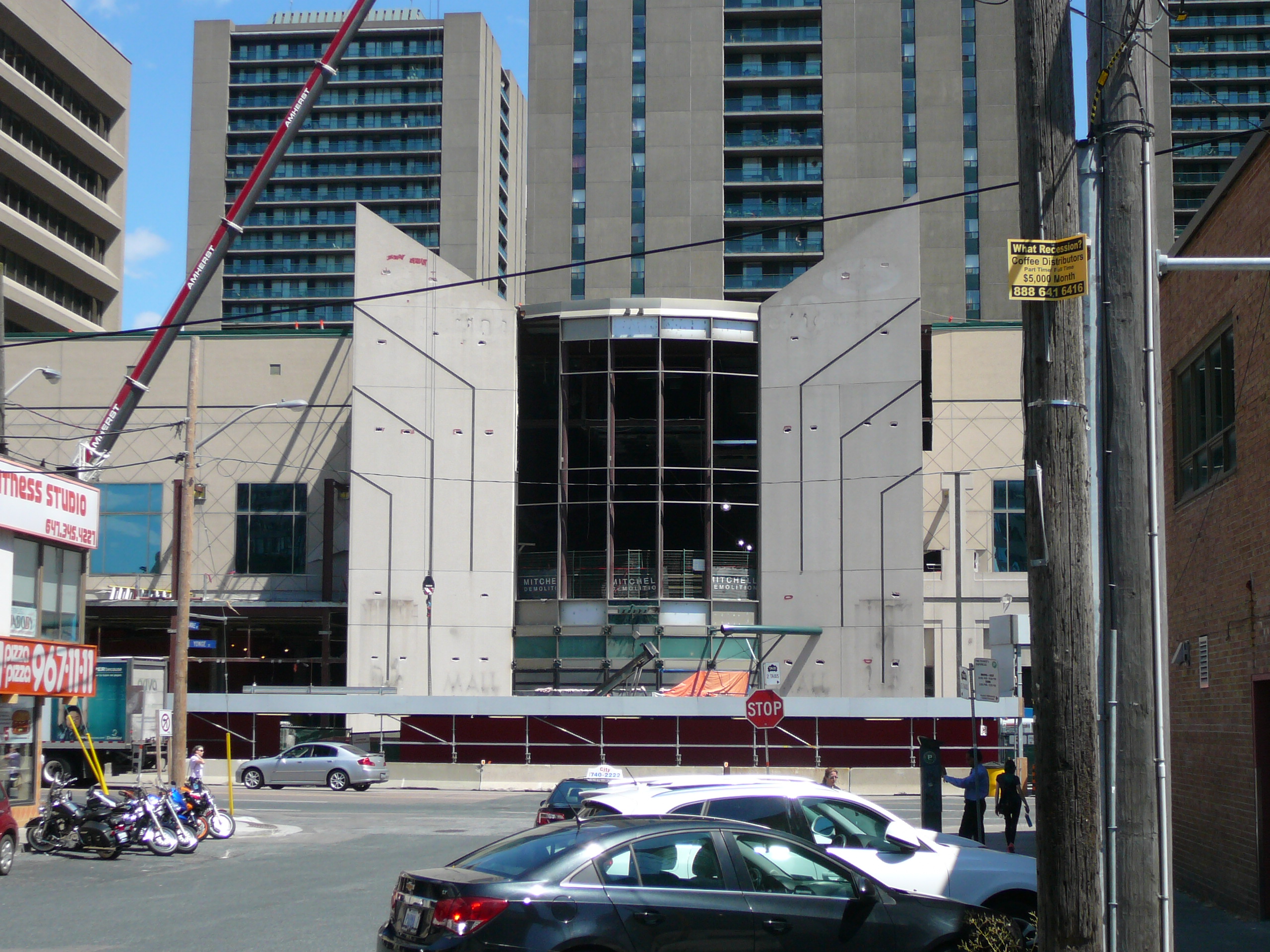 Now, they're taking apart the transformer's head,..... Noooooo!!! I'm imagining the transformer raising from the remains of the movie theatre and mall to walk down Yonge Street! Where's OptimusPrime, BubbleBee and MegaTron when you need them?

sunnyraytoronto said:
I miss that movie theatre,...
Click to expand...

It wasn't the prettiest movie theatre (dark, awkward layout, not all movies seemed to show there), but the actual auditoriums themselves had pretty nice seats and it usually wasn't as crowed as the one at Empress. It will be missed, but what will replace it will be better served I believe.
Visualizing the future of Toronto's urban centres. On Twitter @FutureModelTO​

Edward Skira said:
Madison Centre no longer has theatres? When did that happen?
Click to expand...

Back when the theatres at Sheppard Centre opened.

EdwardSkira, I don't recall a movie theatre at MadisonCentre,... but I'm not surprise there was one before since they have a performing arts theatre in the lower concourse area. Likely killed by the double-whammy of Cineplex Grande opening at SheppardCentre around 1999 and new EmpressWalk in 2000 with FamousPlayer (then Empire and now Cineplex).

Here's an image of what SheppardCentre looked like before the demolition-renovation,.... basically the same from about 1999 to 2016 Spring,... can you see the Transformer???? The Transform right there, resting on top of the mall,.... disguised as a movie theatre!!!! 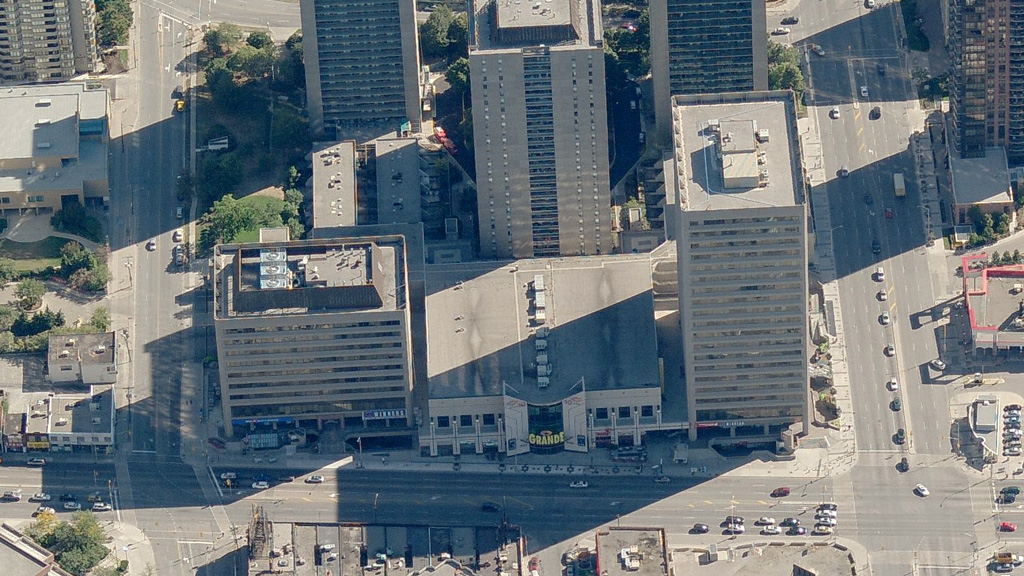 Here's an image of what SheppardCentre looked like around 1990,.... basically the same from 1976 (opening) to 1998,... back then walking along Yonge Street and seeing trees on top of buildings was like - Huh??? Remember NationalGym and BlockBusters? 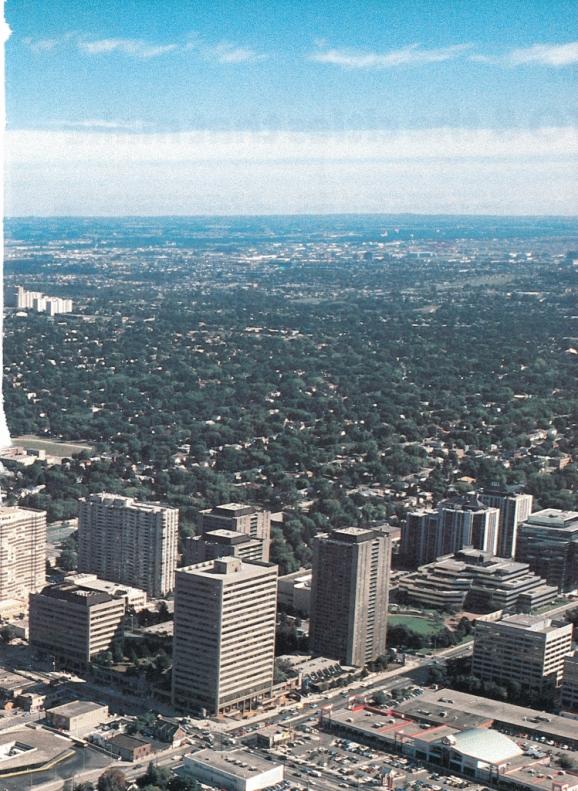 Here's what the above area looks like 2 years ago via GoogleEarth 3D,.... 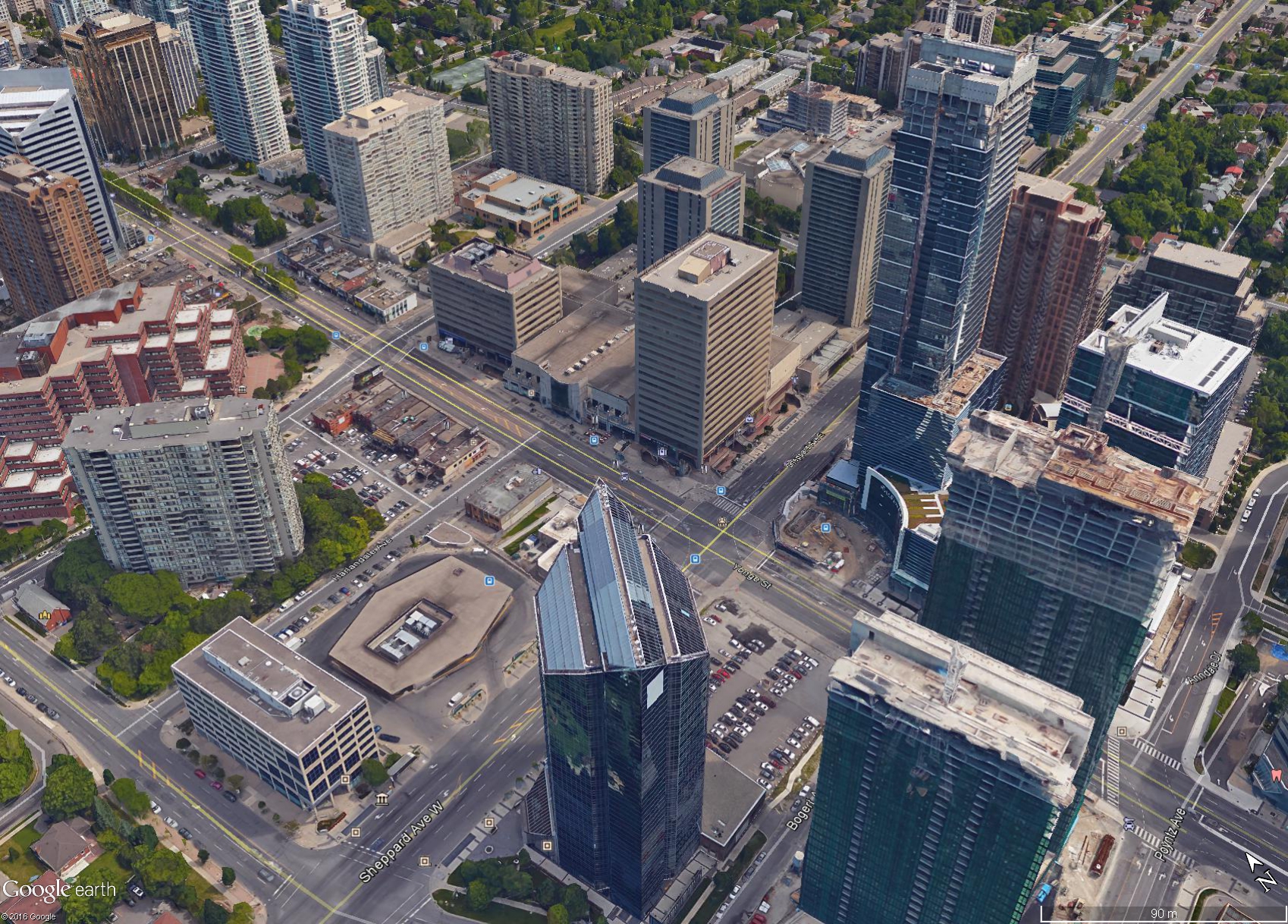