TOareaFan said:
If they could make crack or other drugs smell like cinnabon I might give up my resistance to trying them.....it would be futile to try and resist.
Click to expand...

I will be very upset if there is not a Cinnabon store in the new concourse.
L

Hairball said:
I will be very upset if there is not a Cinnabon store in the new concourse.
Click to expand...

There better be one...it's the only location left in downtown Toronto.


salsa said:
It closed a few months ago, but there used to be one at Sheppard station in the main concourse. I could almost smell it from the platform.
Click to expand...

Speaking of the VIA concourse, that's not the original look of the area is it? Curious how it used to look.

Walked by the area west of the Great Hall and was impressed with the work they've done to the ceiling. Looks so neat and clean.

Here's a question I can't find an answer to: Is the VIA concourse going to see any renos in this project? What a dismal space!

Good to see you back!

Oh, yes! I missed that. Hello Fiendish! Good to see some old farts around.

This was reported to GO/Metrolinx Board last week:

TOareaFan said:
And it is Cinnabon that provides that great smell in the GO concourse
Click to expand...

I can only ever smell the Filet o' Fish sandwiches from McDonalds.
E

I'm going to go out on a limb and say despite the optimism at the Metrolinx board meeting there is no way the city is turning over the York Concourse for final fit out this month. 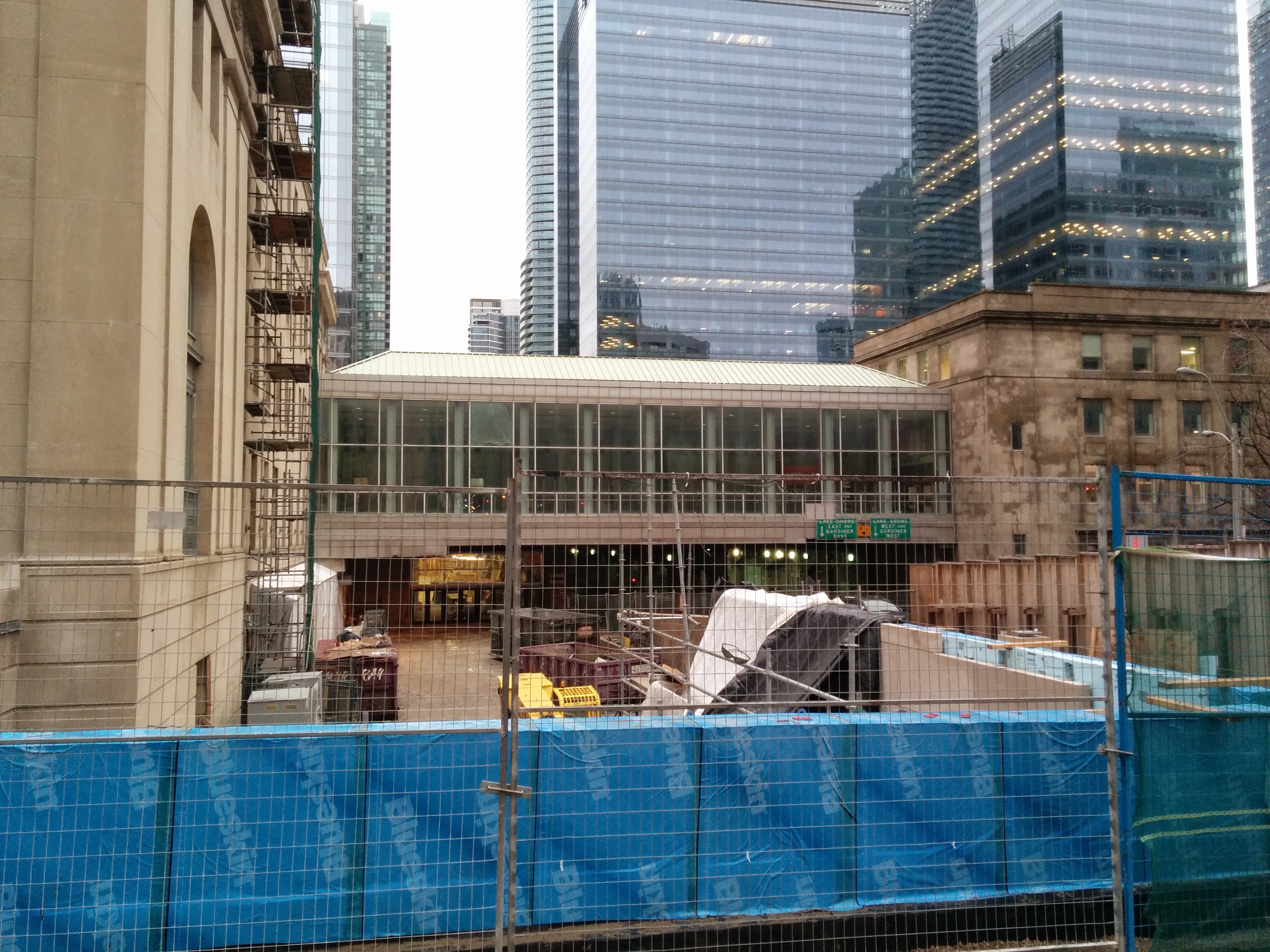 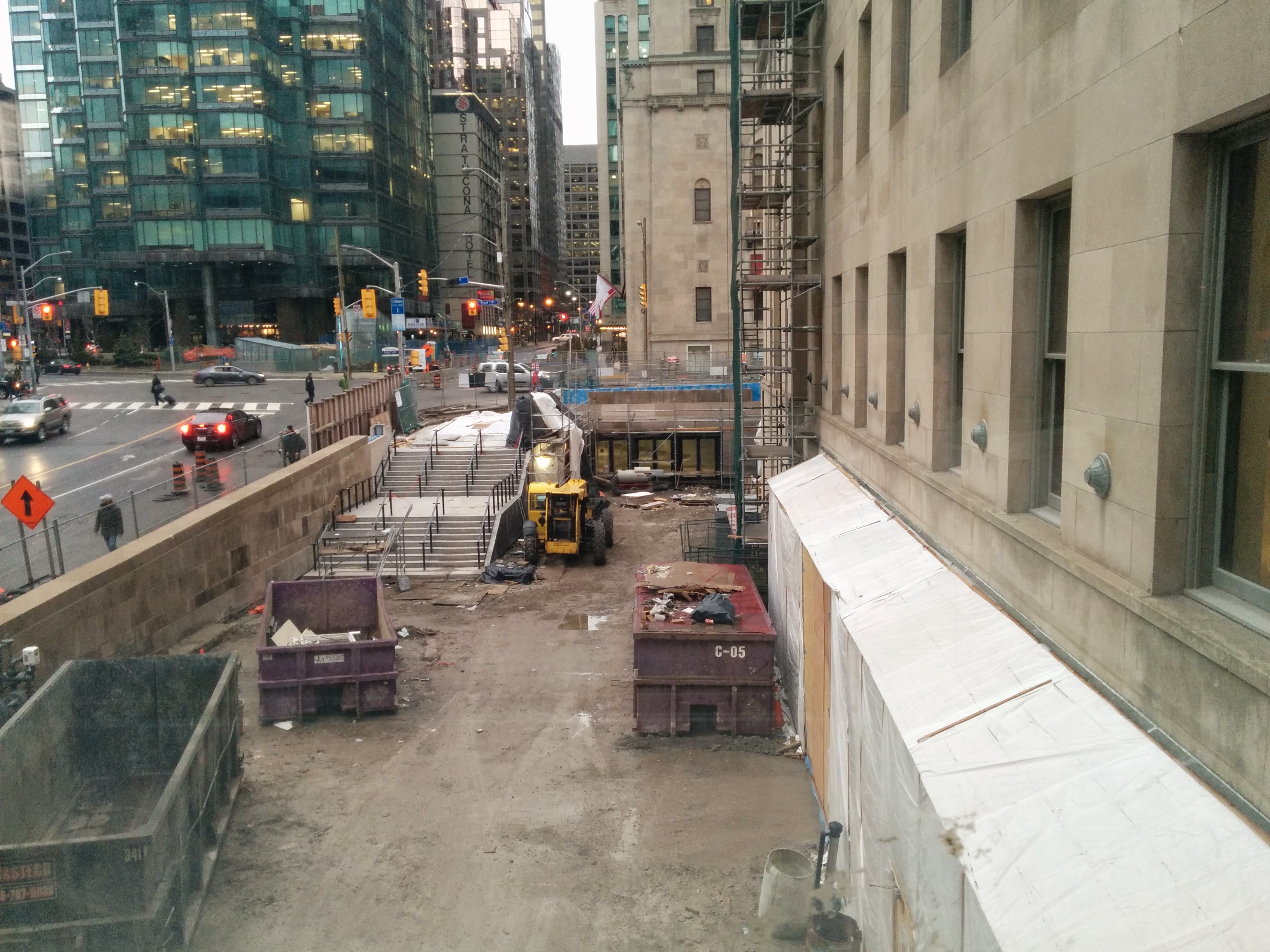 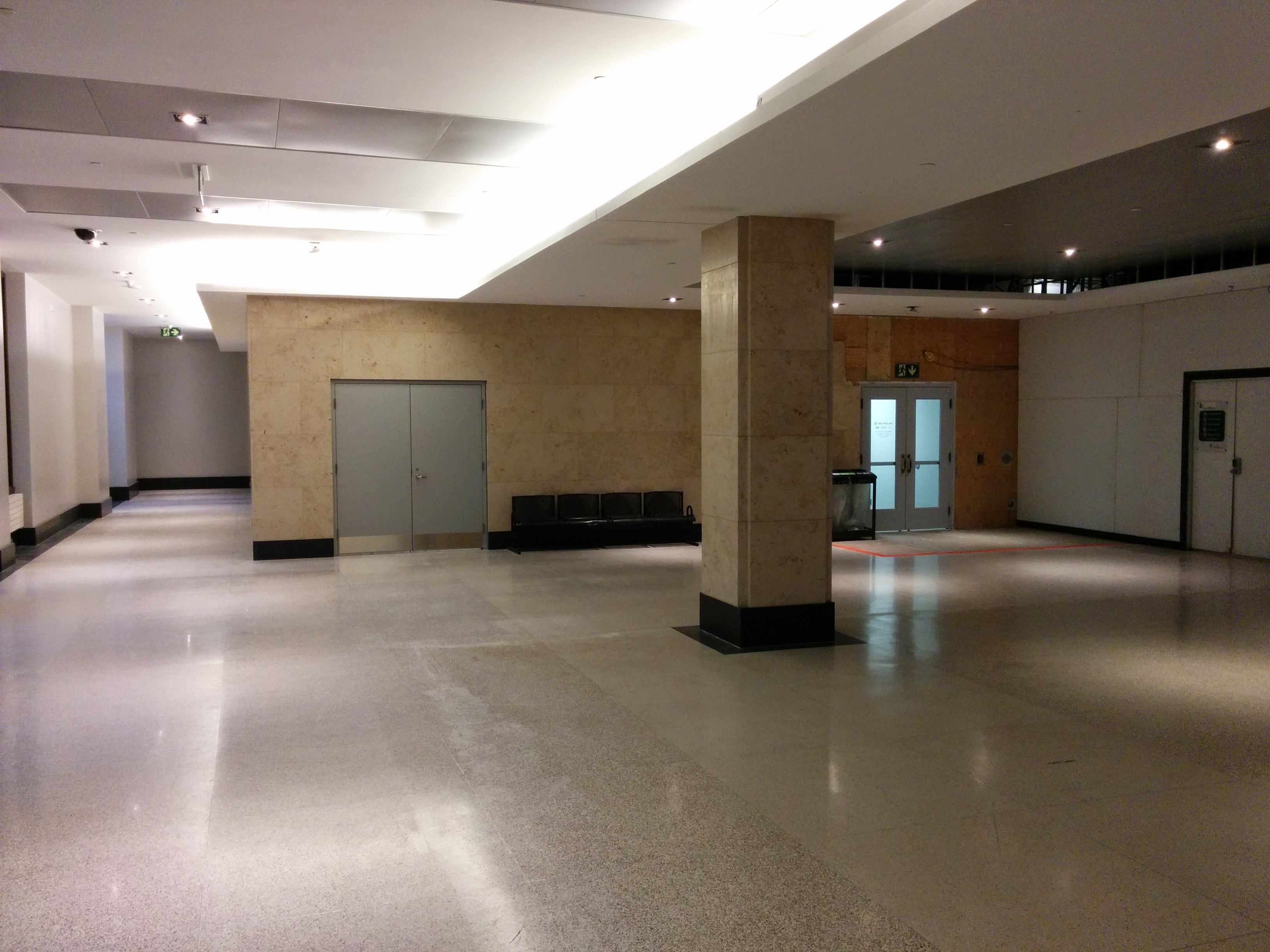 The York teamways aren't a pre-requisite for opening the York concourse interior, as long as the interior is substantially complete. The city can still hand over the interior, while still continuing to work on the teamways.

The Bay teamway area is a bigger mess than the York teamways. Here, the York teamways no longer has gaping holes in the ground anymore. It's just mudflat only, with dumpbins, no holes in the ground. Move the dumpbins and materials out of the way, aggregate & concrete it over, and you're done -- teamways become walkable within a couple months, if they wanted. Look at how hole-less York is now. They can keep construction ongoing in the teamways even as they open it to pedestrian traffic, much like how the Bay teamway areas are a mess even though we commute through it. I think by the time they open the York concourse, the York teamways will be more functional and tidier (even if construction still ongoing) than what the current Bay teamways are.

Just as long as the interior is real nice and essentially done.
-- Follow @MDRejhon on twitter
E

The issue is that with the closure of the Bay Concourse the way to access the York Concourse will be at street level through the Great Hall into what used to be the Harvey's, through the arrivals hall (Front Street Promenade as it will be called), or through the moats (Centre and West moats). I think the stairs in the picture plus the moat under the main entrance (where the art wall funded by the Walks and Gardens Trust) is located, plus the Harvey's entrance, plus something through the Front Street Promenade will be required to replace the capacity that the direct PATH and Subway to Bay Concourse, plus Bay Street to Bay Concourse connections provide.
H

Sorry if this has been answered, I don't follow this thread to often. Just walked past Union Station today on Front and noticed there was no wrapping over the building. Can someone tell me when that happened, and also am i imagining it or does the east side of the building not look clean like the center and west side?
E

They started cleaning the exterior on the west. I don't recall when they finished the west wing exterior but through the fall they were working on cleaning the centre block / main entrance. A think they will work on the east wing next after the York Concourse opens and Bay Concourse closes.
You must log in or register to post here.
Share:
Facebook Twitter Reddit Pinterest Tumblr WhatsApp Email Link