Of course they had to add another tower to the site. Why wouldn't they?

But from a drooling-developer standpoint, it's a site begging "intensification"--and, good shape or not, the building is "old". Ergo "dated".
Click to expand...

From a build quality, materials quality and styling standpoint, it has condos beat by a mile. And not just your garden-variety Toronto condos either...this has even top-of-the-line buildings like 1 St Thomas beat as well (unit finishes notwithstanding of course).

You don't see this very often, because from an investment point of view, office buildings are far more lucrative than condo buildings. In fact, I'm surprised this building even became a condo conversion in the first place...would have made a fine midtown head office. But I suppose the additional development potential had a lot to do with it.

It's too bad this developer hasn't gotten into the spirit of this building...just look at the crappy Leons furniture they stuck in that fantastic mid-century lobby/temporary sales office. It's very telling. 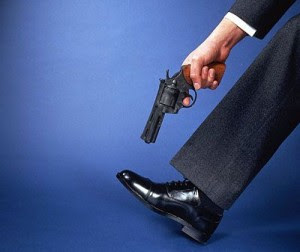 That would be shooting the mouth off, not the foot.
M

What a shame. I wasn't aware of that 2nd tower until now. For what is considered to be an established neighbourhood by most, there's a fair bit of new construction between Yonge and the St. Clair West station area. This stretch of St. Clair always had a sort of Park Avenue feel to me. A fairly wide, mature street that's mostly higher end high rise, with some office buildings thrown in the mix as well, but not all that much retail which keeps it fairly quiet at night. As a landlord of a place in the area, this is part of what drew me to the neighbourhood in the first place (as well as the subway access) and I really hope that isn't gone once this all is said and done.

Well, I didn't think it was possible, but they found a way to ruin this building. I guess it would be too much to ask for a park on the empty part of the site.

lol look at the developer's history in south etobicoke....

I wonder when that clinic building (I believe it's a clinic--used to go there occassionally when I lived in FH) is going to be redeveloped? I seem to recall mumblings in the 'hood regarding its fate.
Canadian architecture I like: https://twitter.com/renderpornstar
X

So the new tower is going ahead? Pity.

Xray_Crystal_Junkie said:
So the new tower is going ahead? Pity.
Click to expand...

The second tower was approved back in April 2012 at 26 storeys, 82.3 metres or 270 feet high, so that it lines up better with the top of the existing tower's last setback before the penthouse section. We've seen zero marketing for the second however, so I'm not sure what this is now, unless Camrost-Felcorp/Goldfarb is going forward with it as a rental building.

Is there a separate thread for this building?

Description: Part Permit - Proposal to construct a 27 sty condo (including 12 townhouse condo units) with a total of 271 residential units and 3 levels of below grade parking.
[SIGPIC][/SIGPIC]prints & stuff

You sure you got the right project as Deer Park Church is 129 St Clair Ave W (Whitecastle Investments, 32s, Diamond Schmitt Architects)???

101 St Clair is this as of Oct 5. You can see the knockout panels for future parking underground. 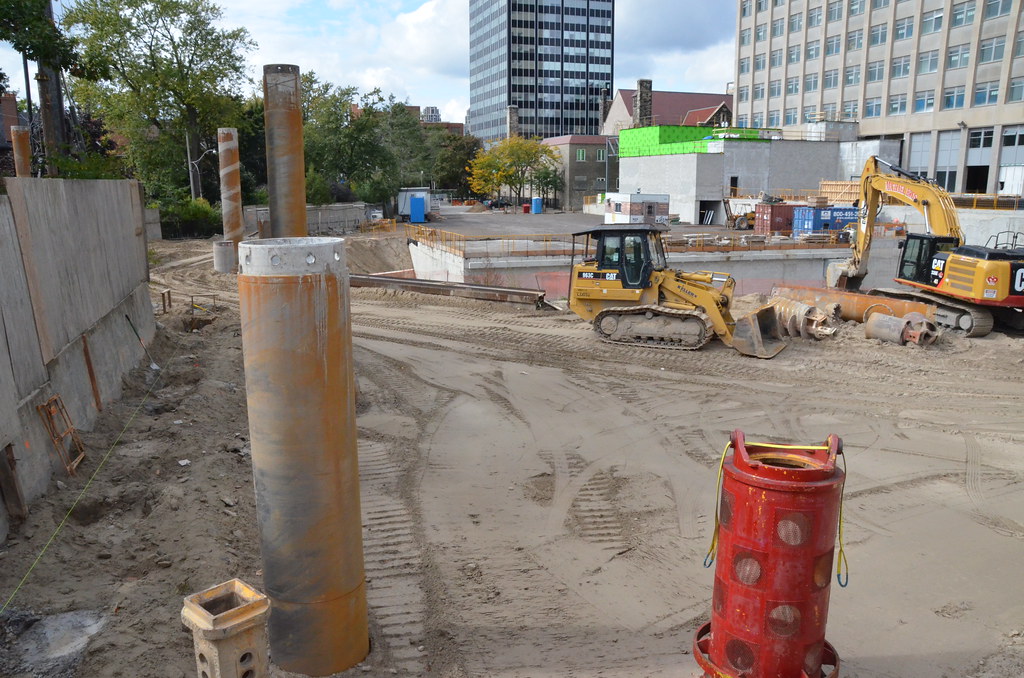 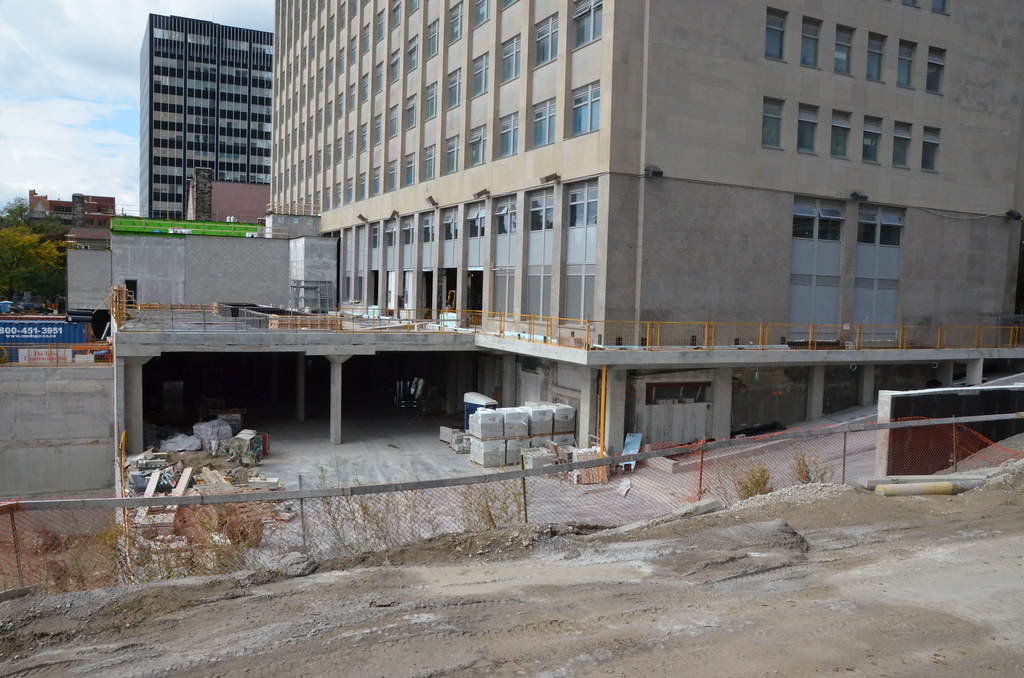 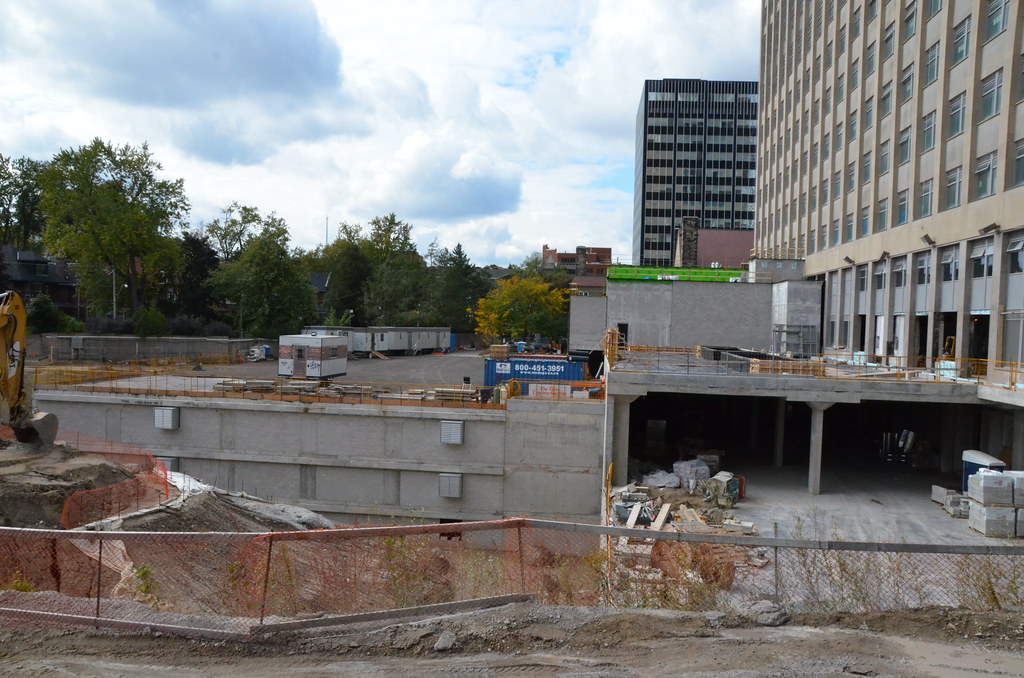 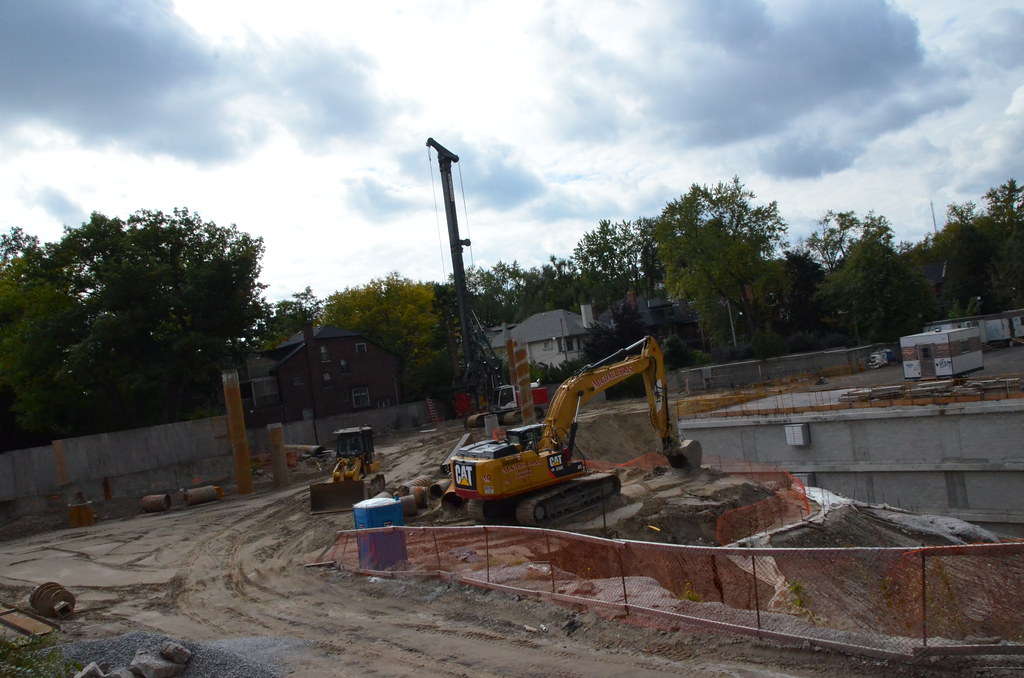 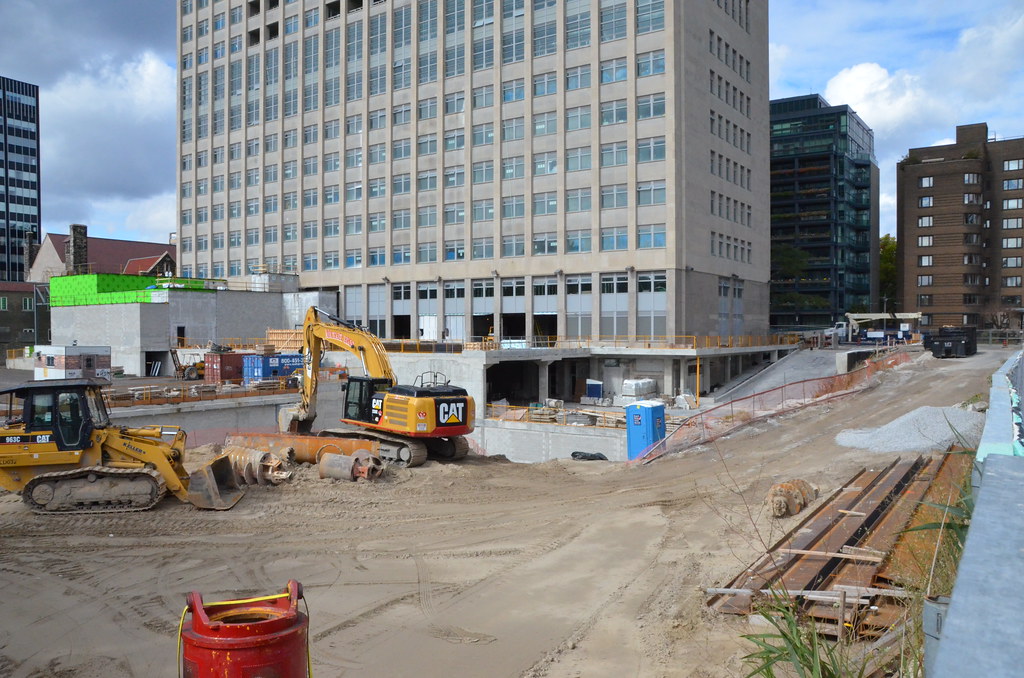 What are they building directly south of Imperial Plaza? 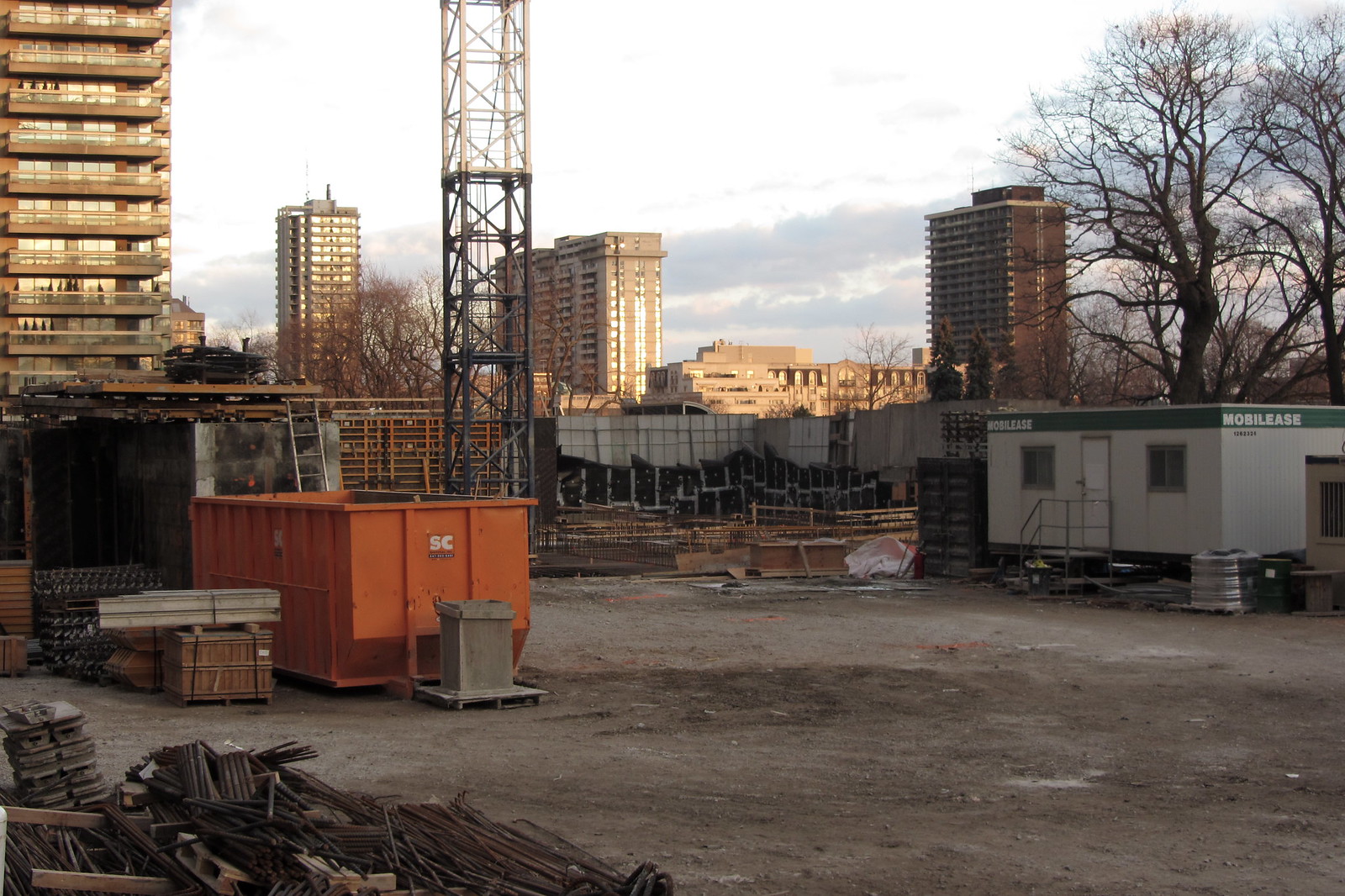 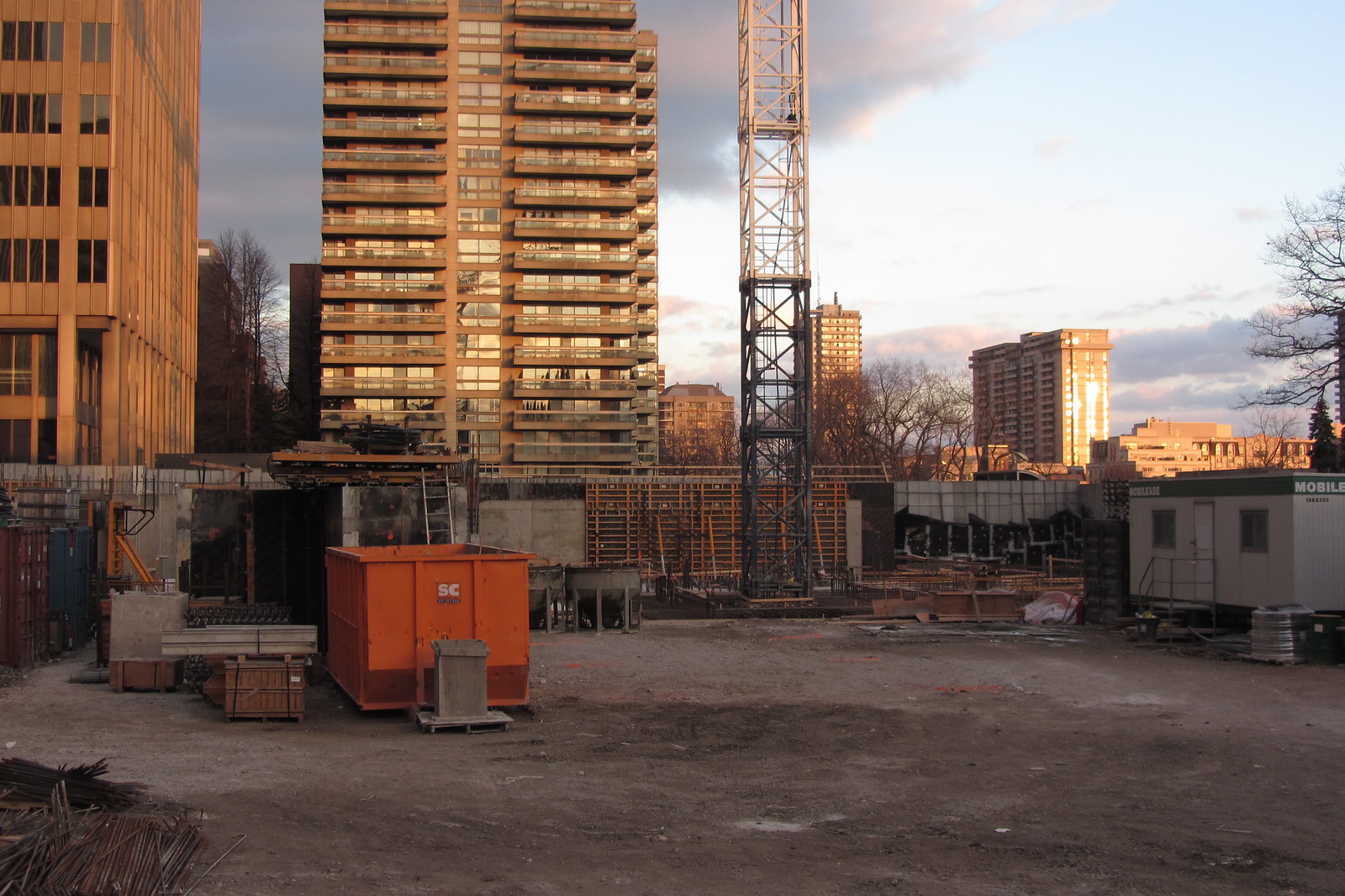 There are approved plans for 10 townhomes and 1 tower south of Imperial Plaza, which will be the third phase there. (There's also Blue Diamond at Imperial Plaza, the second phase, which is being built where the words Deer Park United Church appear.)

Some of the area under where the third phase will be had to be built to provide parking and servicing facilities for the first phase. I am not sure how much will be built on top of that at this point. Maybe just enough to cap it all for a while (or maybe some of the towns have been selling as part of the Blue Diamond phase? Not sure.) to seal it off until the next phase goes ahead.

The building to the south of Imperial Plaza is actually going to be a 28-storey rental building.