299 bloor call control. said:
The Jays Shop that was in the Sears will be relocated somewhere nearby in Eaton Centre -- not sure if with street frontage or not:

It will be in the lower level of the mall somewhere near Old Navy.

Scaffolding is starting to go up along Yonge St and also along the south-facing roof. 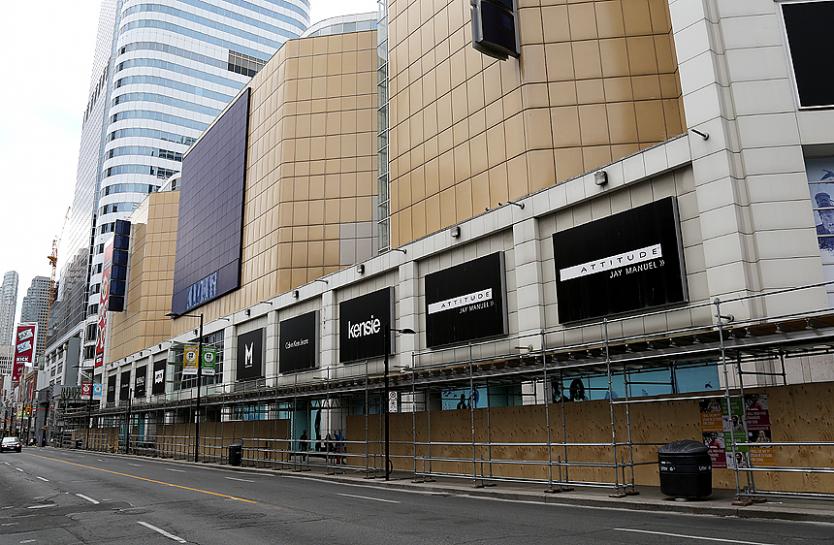 My reaction to that photo was simultaneously positive and negative. Positive because finally this old facade is going to get a modern treatment that will break up the remaining big box store feel of the mall. Negative because it's an eerie reminder of Metropolis' blue hoarding we had to live with for so many years at this intersection. Cramped dark sidewalks were the norm for Yonge & Dundas for the better part of a decade. They're back — hopefully for a much more brief period.

I have a couple of questions for those following this development closer than I've been:

1 - Do we know yet if Cadillac Fairview will take this opportunity to continue the galleria of stores through the previous Sears store to Dundas? This would help break up the street wall on Yonge into smaller stores and improve access to the mall from Yonge & Dundas without having to walk through a department store. Will at least one floor continue the galleria or will Nordstrom occupy all floors maintaining the awkward access into the mall from Yonge & Dundas?

2 - From this picture, it looks like the hoarding continues beyond the former Sears store, going on to enclose the atrium as well. The new atrium hasn't been there for long but I hope they replace it to reorient it back to the corner of Y&D. The blank street wall facing Dundas was a terrible decision.

(EDIT: I went back and read the thread. I see that this has all been discussed with passionate opinions expressed over the Y&D atrium. I'll leave my post and questions up in case new info has since come forward)
Last edited: Aug 16, 2014

Looks like that's it for the last remnants of the original Eaton Centre. At least at that intersection. 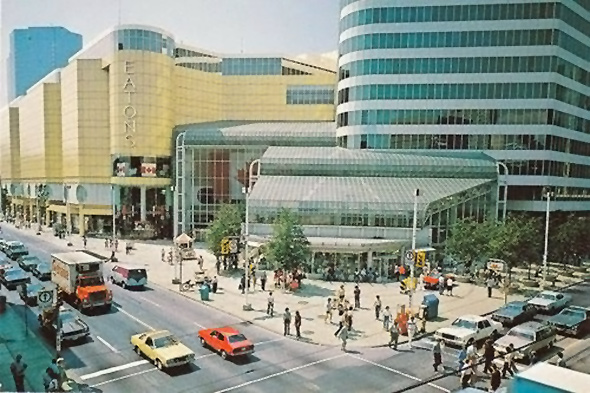 I miss the old Eaton Centre. I much prefer the old design. They really did F it up!

I don't understand why they haven't shown or described what their plans are. We know we're getting Nordstrom, but how is it being incorporated, and where are the renders?
C

I agree... its very strange for this to have started and not know what it will actually look like. Unless these renders are hiding somewhere.
P

The overall results of what the Eaton Centre has become, at least along Yonge St, are nothing short of a travesty. The work that Queens Quay Architects & Zeidler did in remodelling the entrance is right on par with the architectural prowess of Dundas Square buildings. The removal of that glazed entrance has turned me off from entering the mall from the north end.

Where does the hoarding run to? Maybe they'll redo the atrium as part of this renovation.

MetroMan said:
Where does the hoarding run to? Maybe they'll redo the atrium as part of this renovation.
Click to expand...

They just did the atrium. Its not being touched. Only the Eatons store is being redone.

alklay said:
They just did the atrium. Its not being touched. Only the Eatons store is being redone.
Click to expand...

Too bad, the atrium as is is neither here nor there post QQA redo. Should have razed it along with the store.

Eaton centre should be covered with mirrors, then we won't have to look at it. I don't what these changes will bring, but it better not be just some cheap glass.

I really hope that I'm wrong, but this looks like we're just getting a paint job. 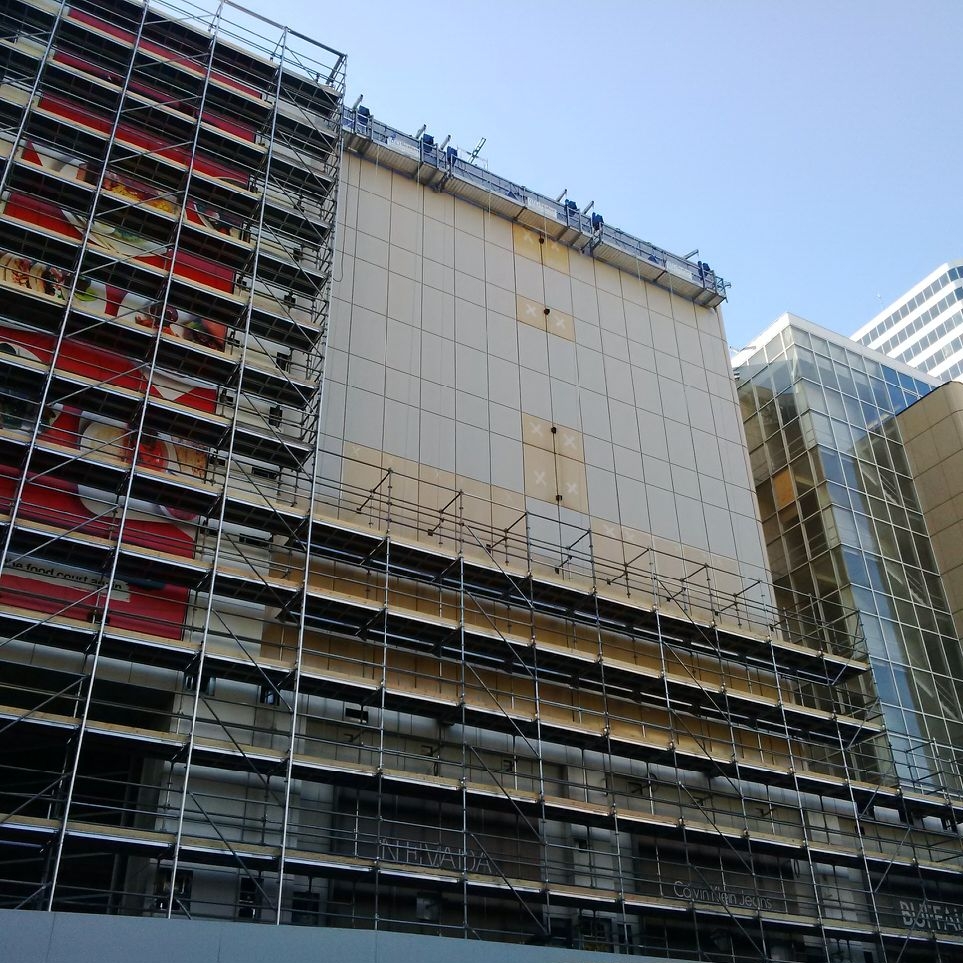 "If you can keep your head about you when all about you are losing theirs, its just possible you haven't grasped the situation." - Rose Kennedy
"X" is a mathematical symbol expressing "unknown". Spert is a drip of fluid under pressure. Therefore, an Expert is an "Unknown drip under pressure".
F

p5connex said:
The work that Queens Quay Architects & Zeidler did in remodelling the entrance is right on par with the architectural prowess of Dundas Square buildings.
Click to expand...

Good example of the Road to Hell being paved with good intentions. They built out to the street hoping to create a more 'urban' intersection and ended up creating that hideous interior space. The old atrium was more appropriate for the spot: a maybe-not-grand but comfortable entrance to the Eaton Centre that made you feel like you were arriving. There's so much they could have done here and instead it's one of the city's biggest architectural disasters.
You must log in or register to post here.
Share:
Facebook Twitter Reddit Pinterest Tumblr WhatsApp Email Share Link