It's not an especially brilliant compromise but it's a compromise I can live with. It will, in its own small way, serve to remind people that the city continually builds atop the bones of its own history. I would rather see that than wholesale razing of buildings just because they're deemed, in this relative instant of time, "ordinary," contemptuously deserving of the wrecking ball.

My notion of a great city is more nuanced than that. It includes preserving the rich strata of its past, rather than the a dull, tyrannical hegemony of contemporary styles. We need to do more of it, and with better execution.
C

If the whole building was the red brick I would be way more upset by the loss of such a large building and all the fine-grained detail of it inside and out that can only come from the wear of time on good — and generally more organic than we usually use these days — materials. But I can't stand that gross yellow brick colour so I'm like lol, bye bring on our new glass overlords. My thoughts with those who like that brick colour and for whom this is a significant loss.

We have a 240m fully leased OFFICE tower breaking ground next week and you guys are nattering about a crappy old brick building that's coming down!?!?!? Priorities please!! We live in Toronto, a massively growing and still relatively young city. You have to expect that this is going to happen more and more in the future.

travis3000 said:
We have a 240m fully leased OFFICE tower breaking ground next week and you guys are nattering about a crappy old brick building that's coming down!?!?!? Priorities please!! We live in Toronto, a massively growing and still relatively young city. You have to expect that this is going to happen more and more in the future.
Click to expand...

It's not a zero sum game, it's not either/or and even though I don't like that yellow brick colour that building is far from "crappy". In this case I do think what's happening is a good compromise, but it's not unreasonable to try to preserve these buildings, especially when most of the things that replace them (this one hopefully excepted) are not very high quality.
Last edited: Apr 18, 2019
M

From this angle I won’t be able to tell how much of the building they left. Perfect from my perspective. 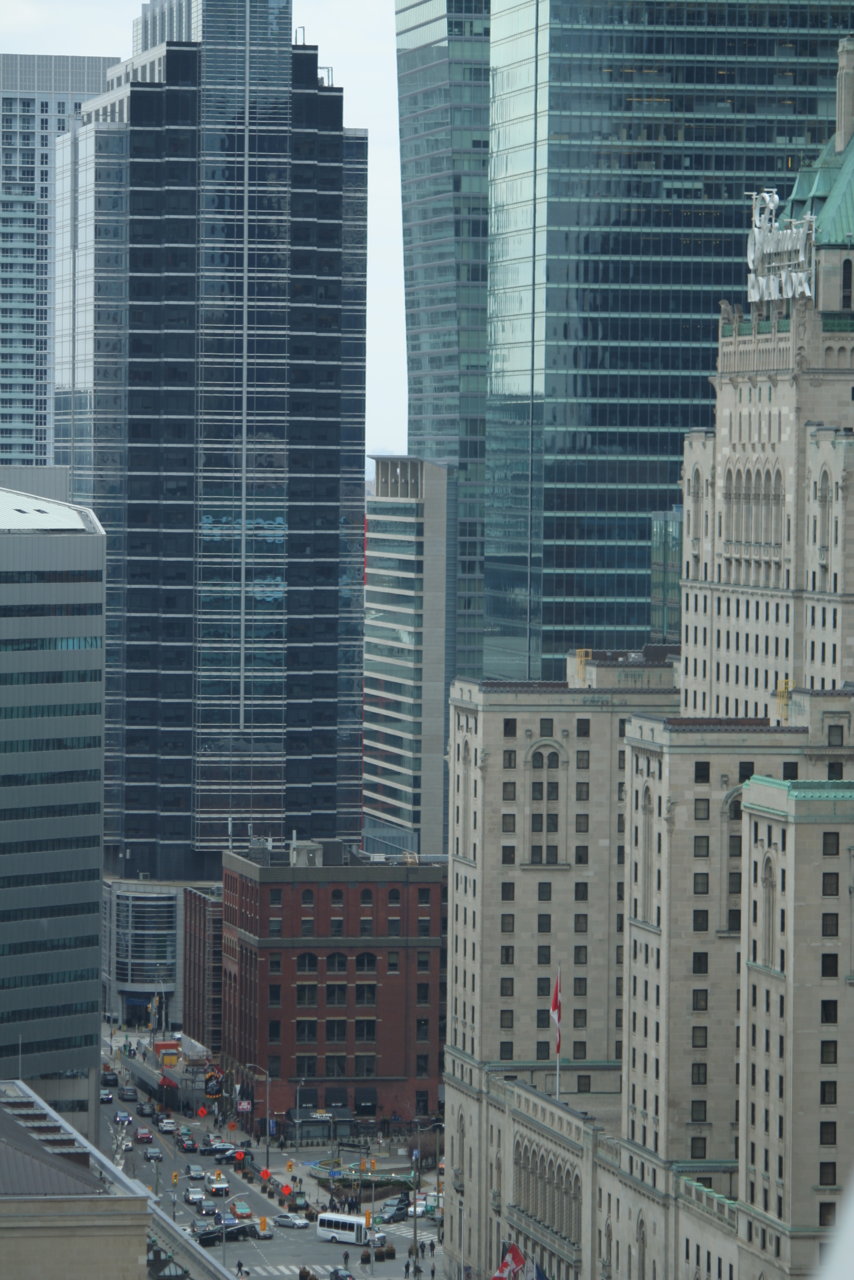 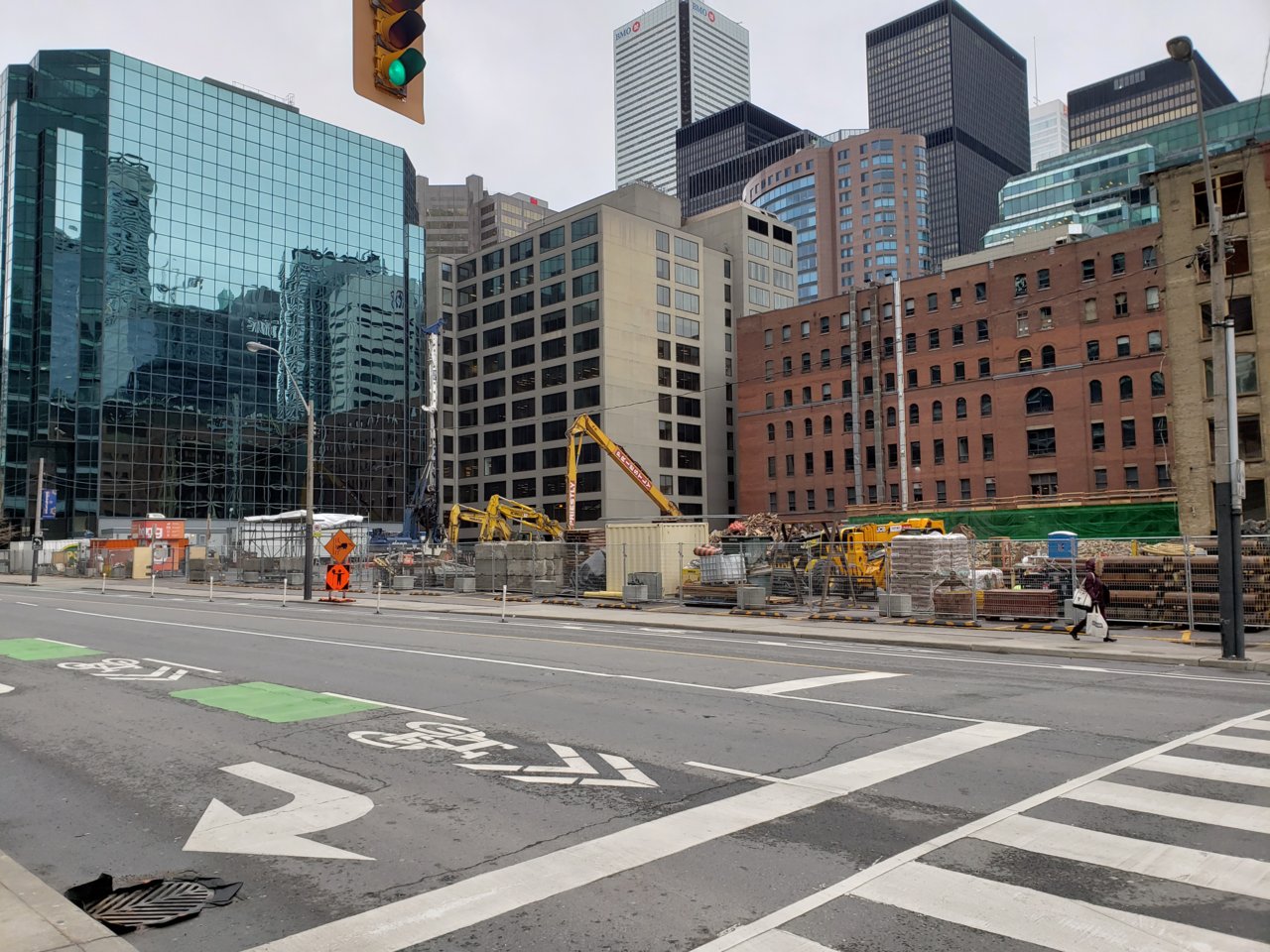 This morning before the official groundbreaking. 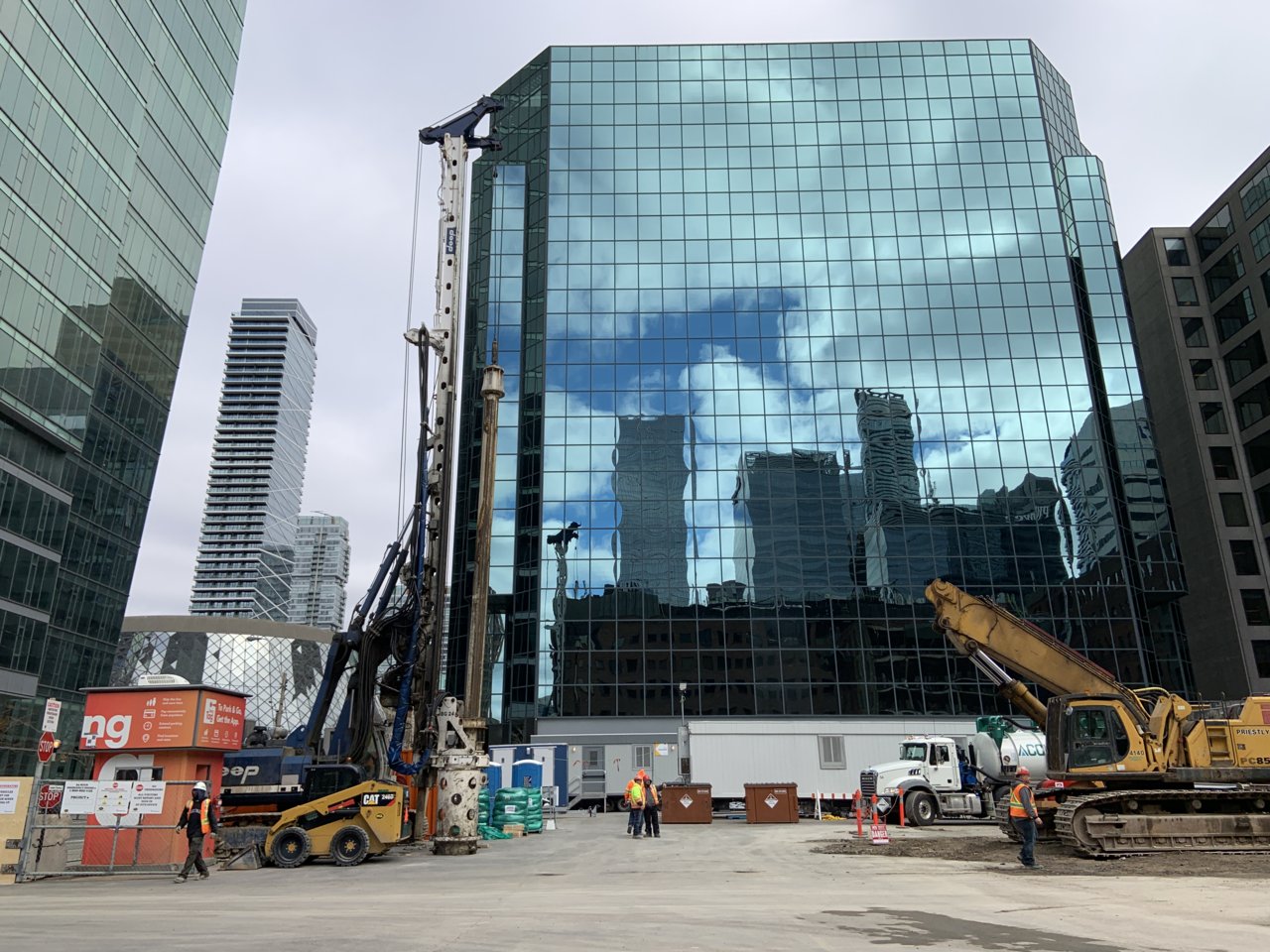 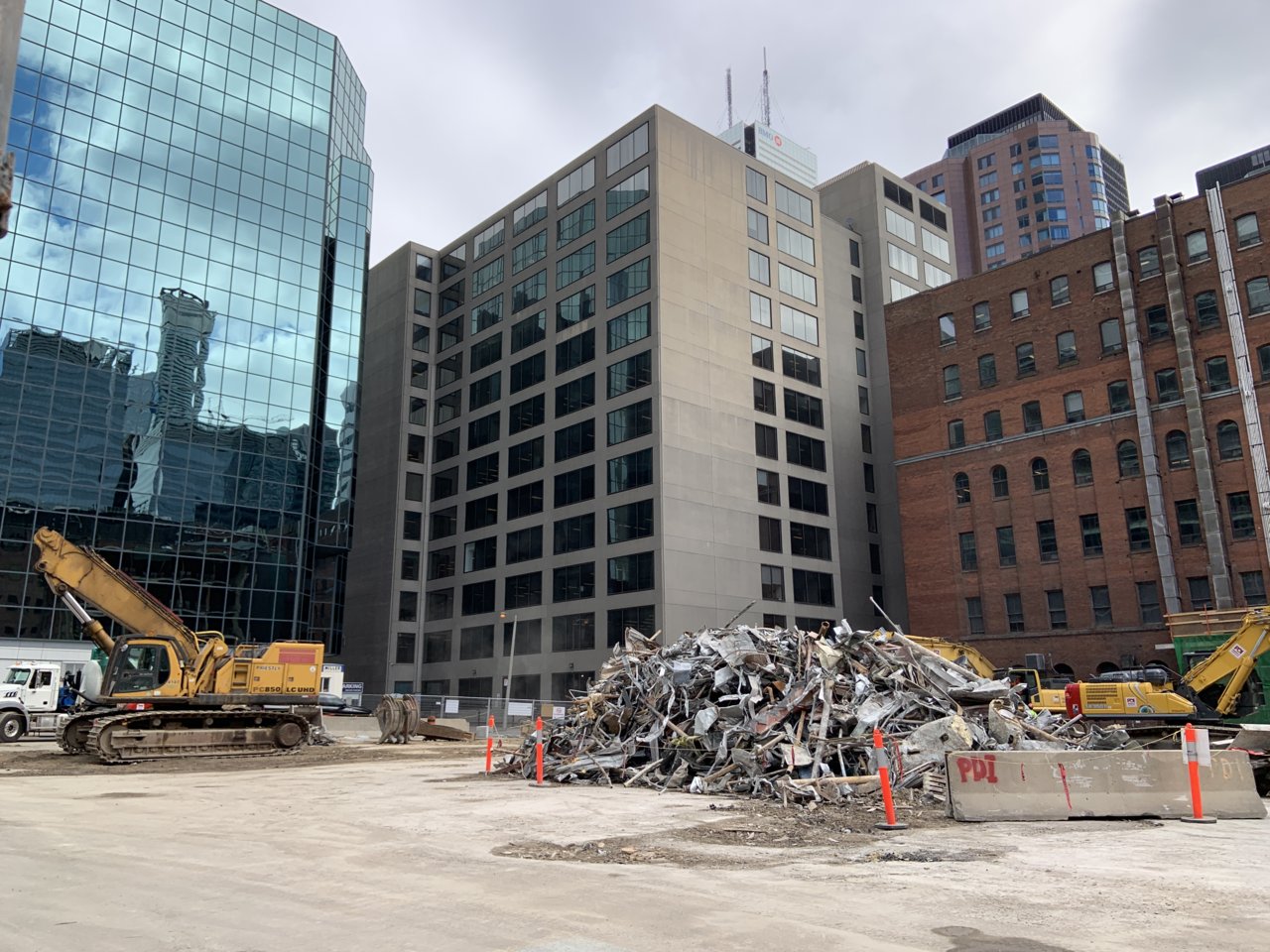 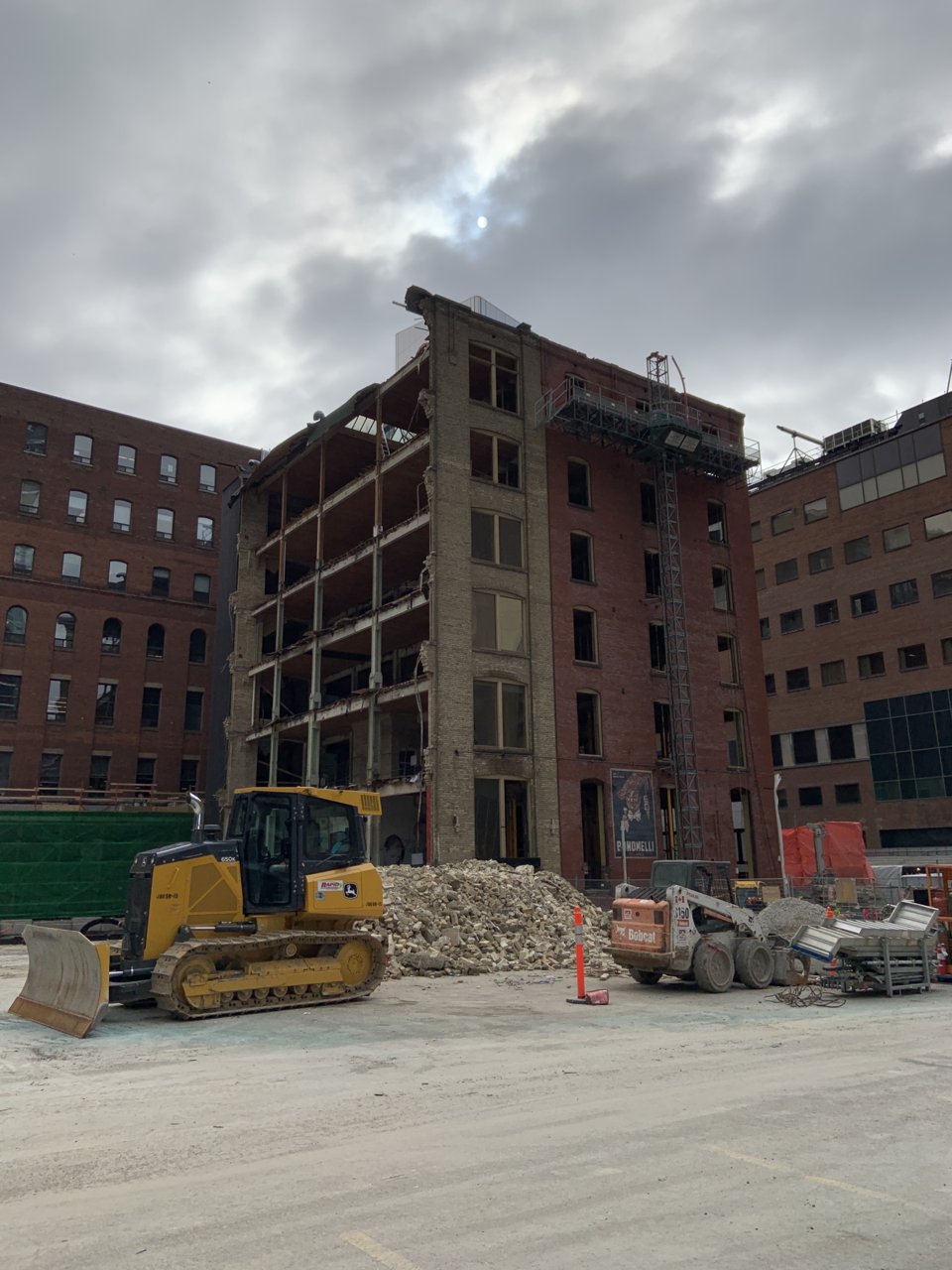 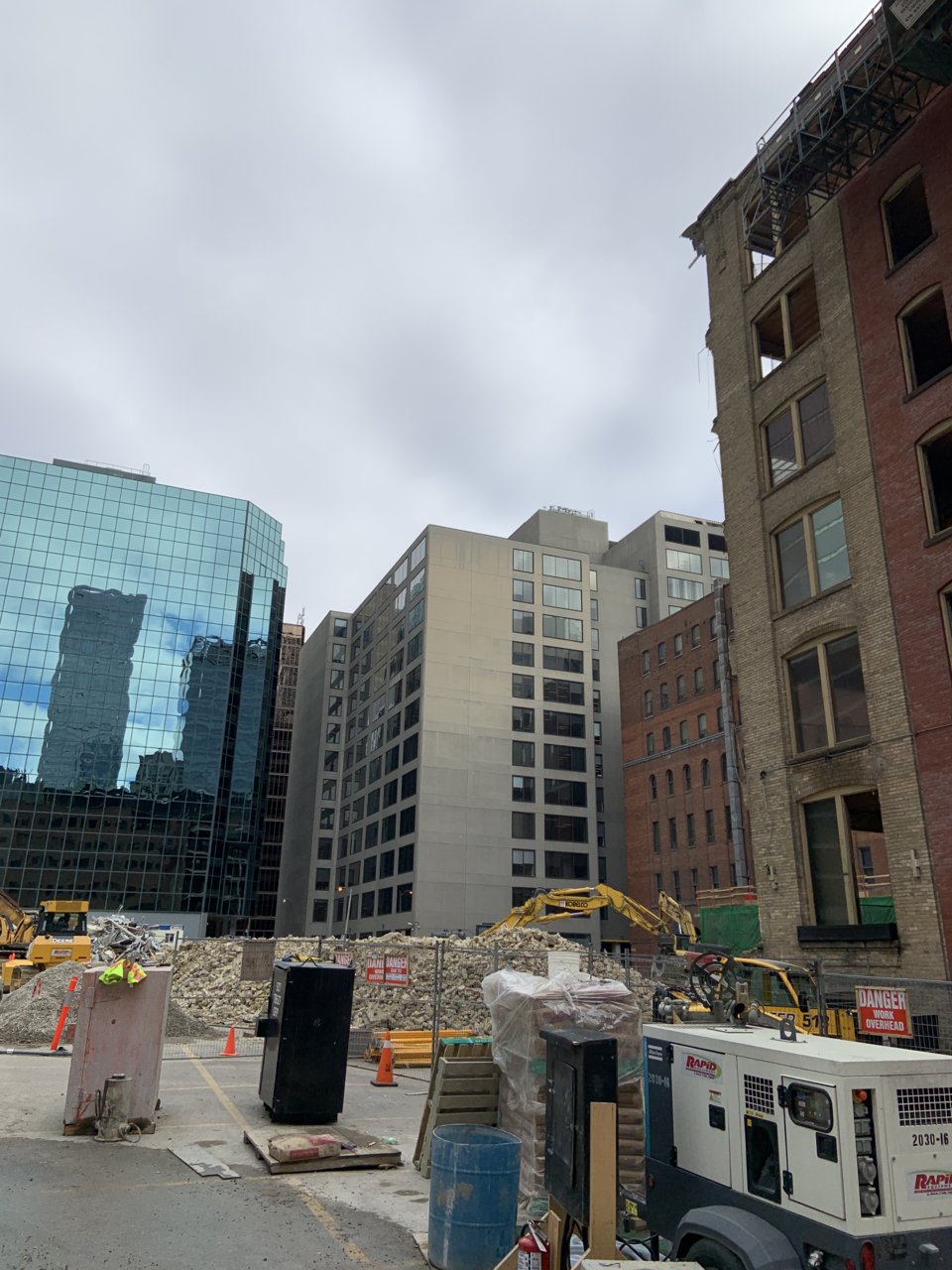 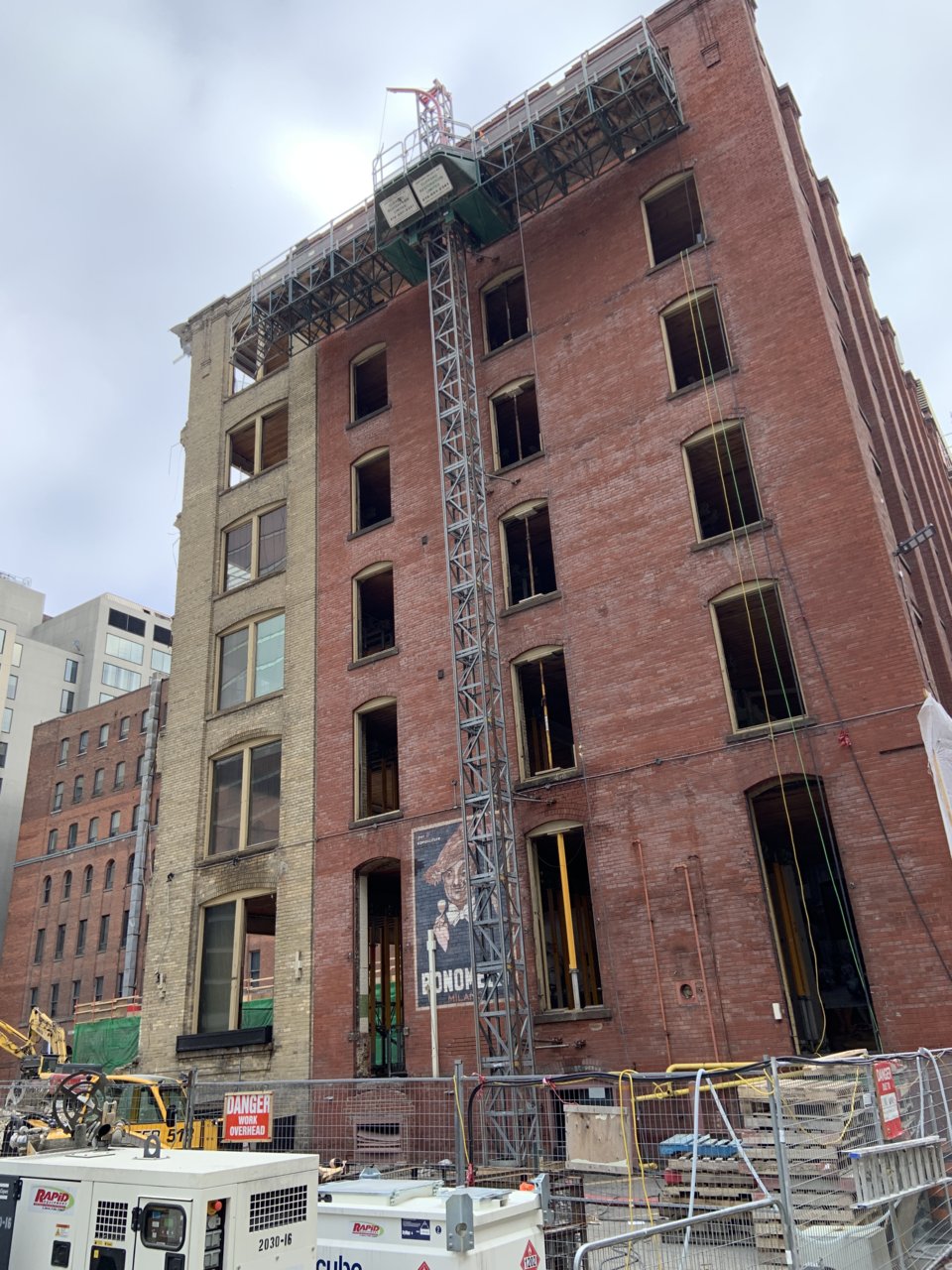 Actually official planting. CF is contributing money to plant 160 trees. This is the planter for the first. 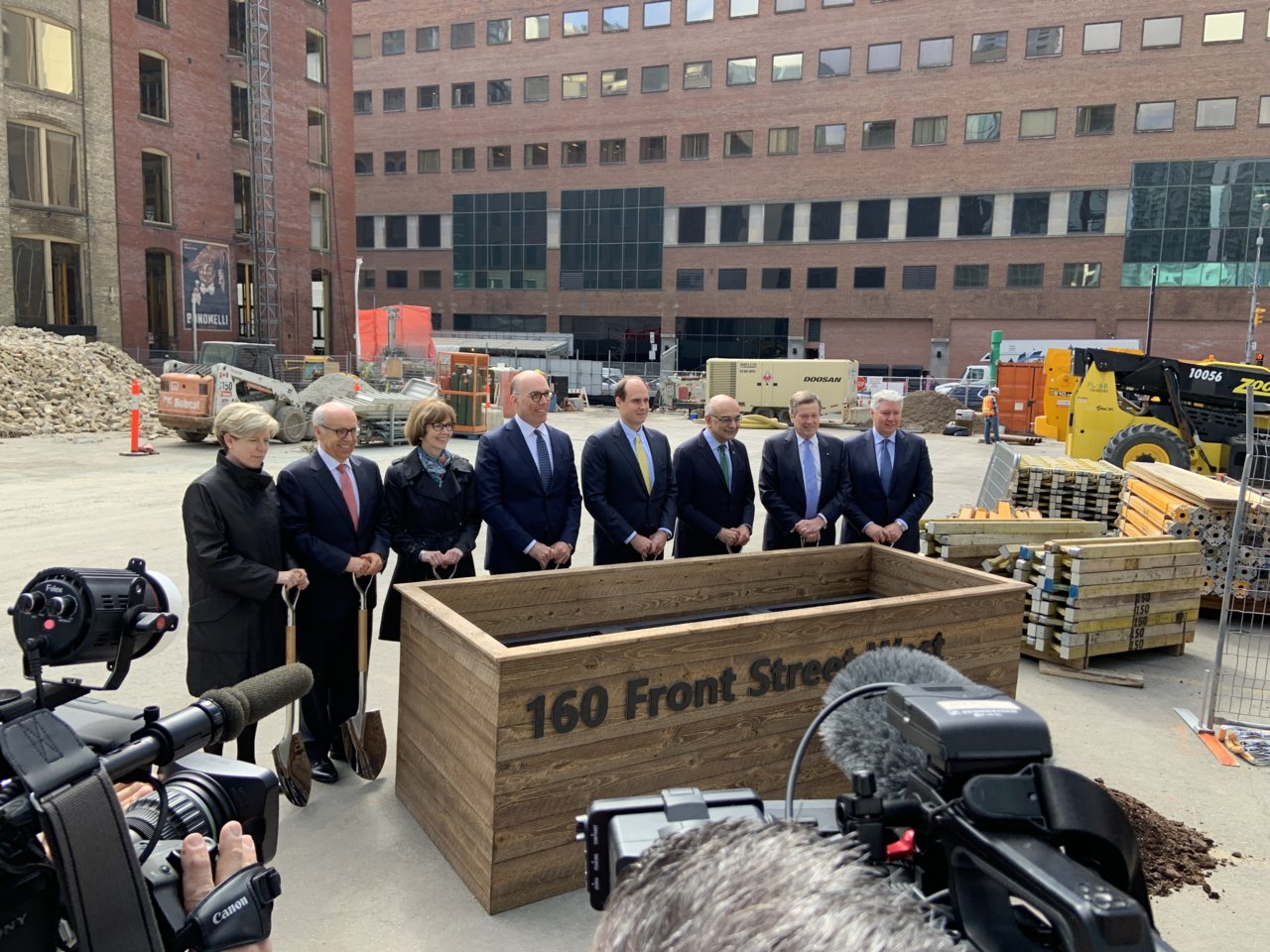 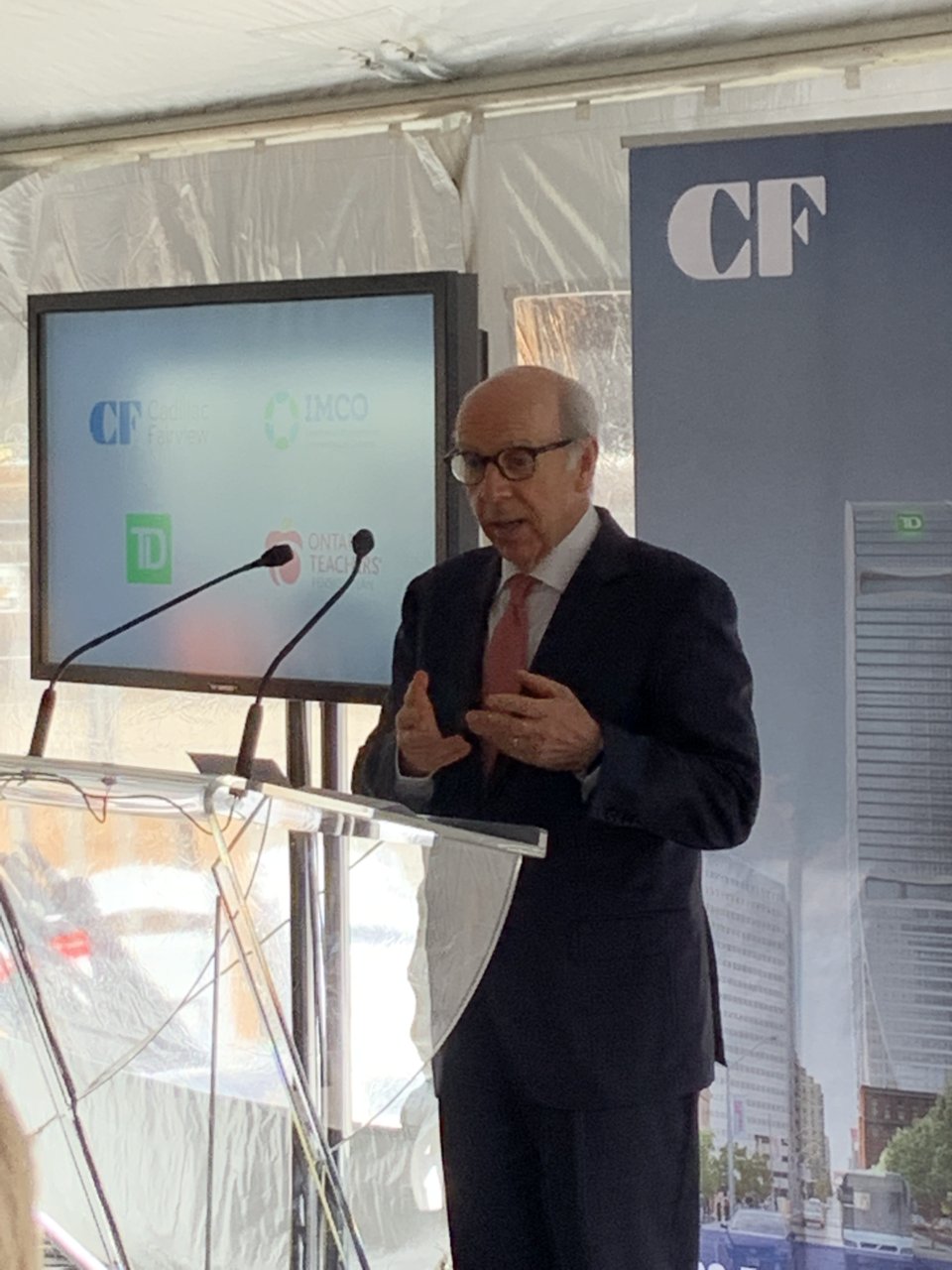 Bert Clark of IMCO. One of the investors in the project. 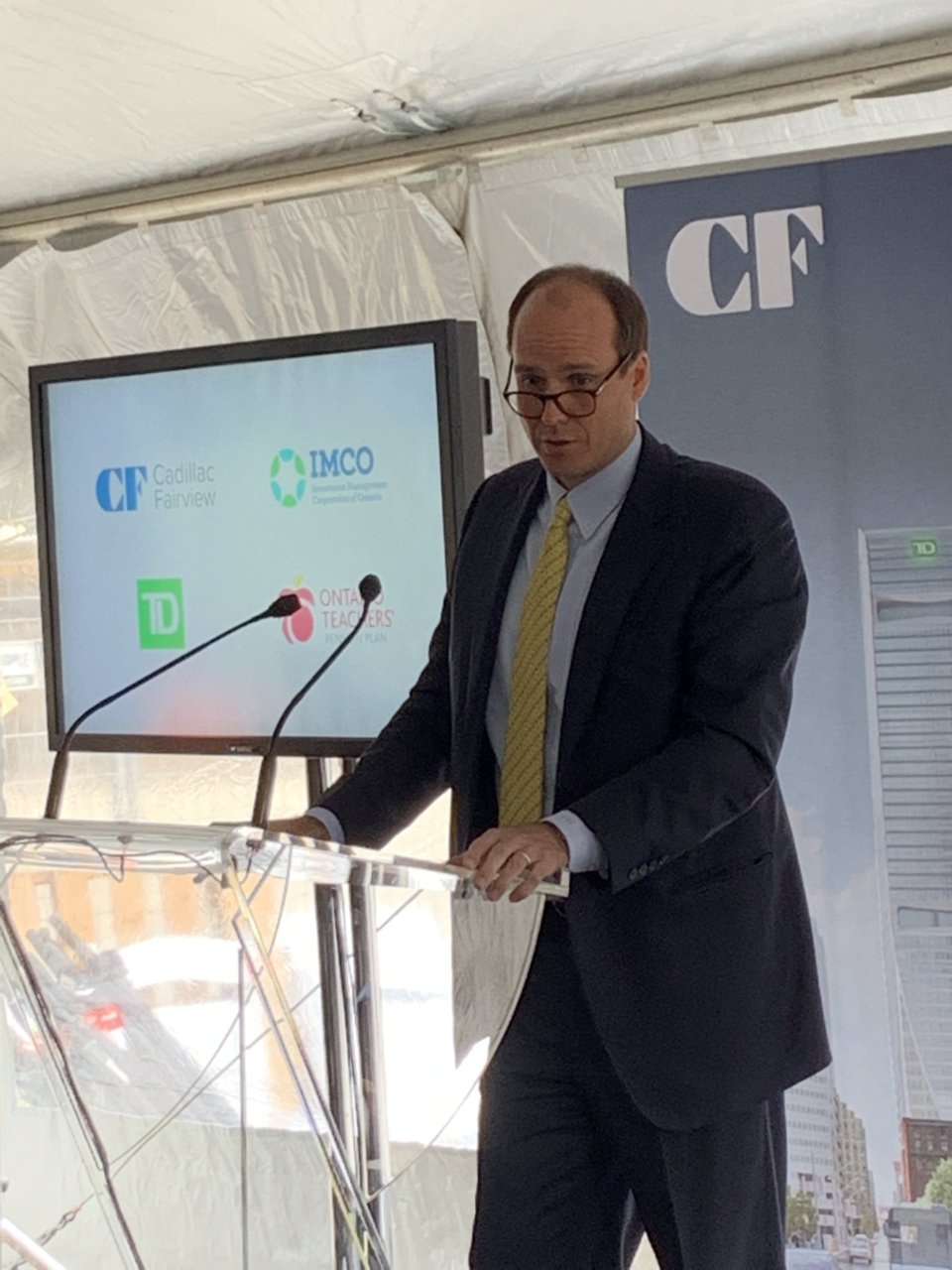 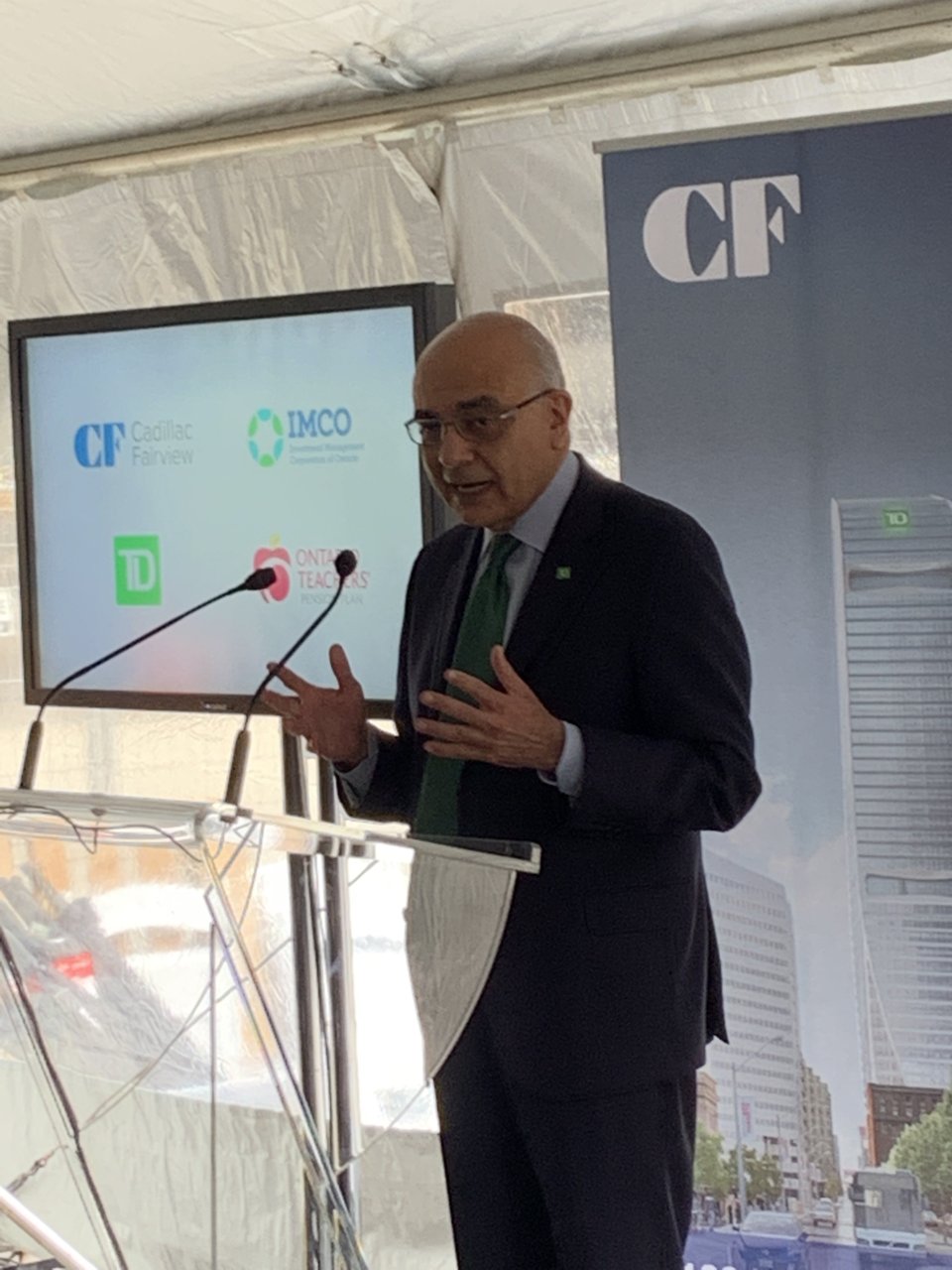 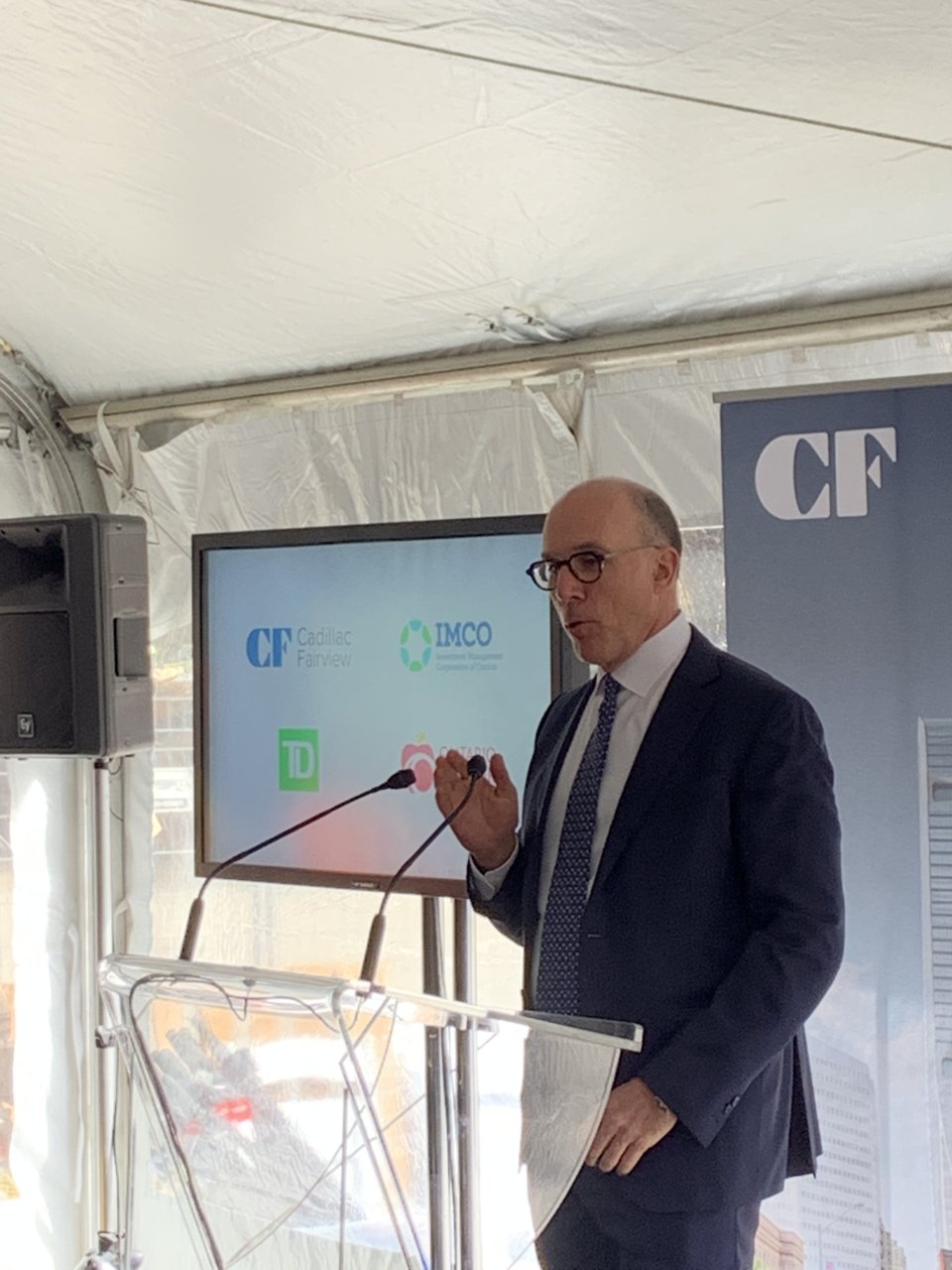 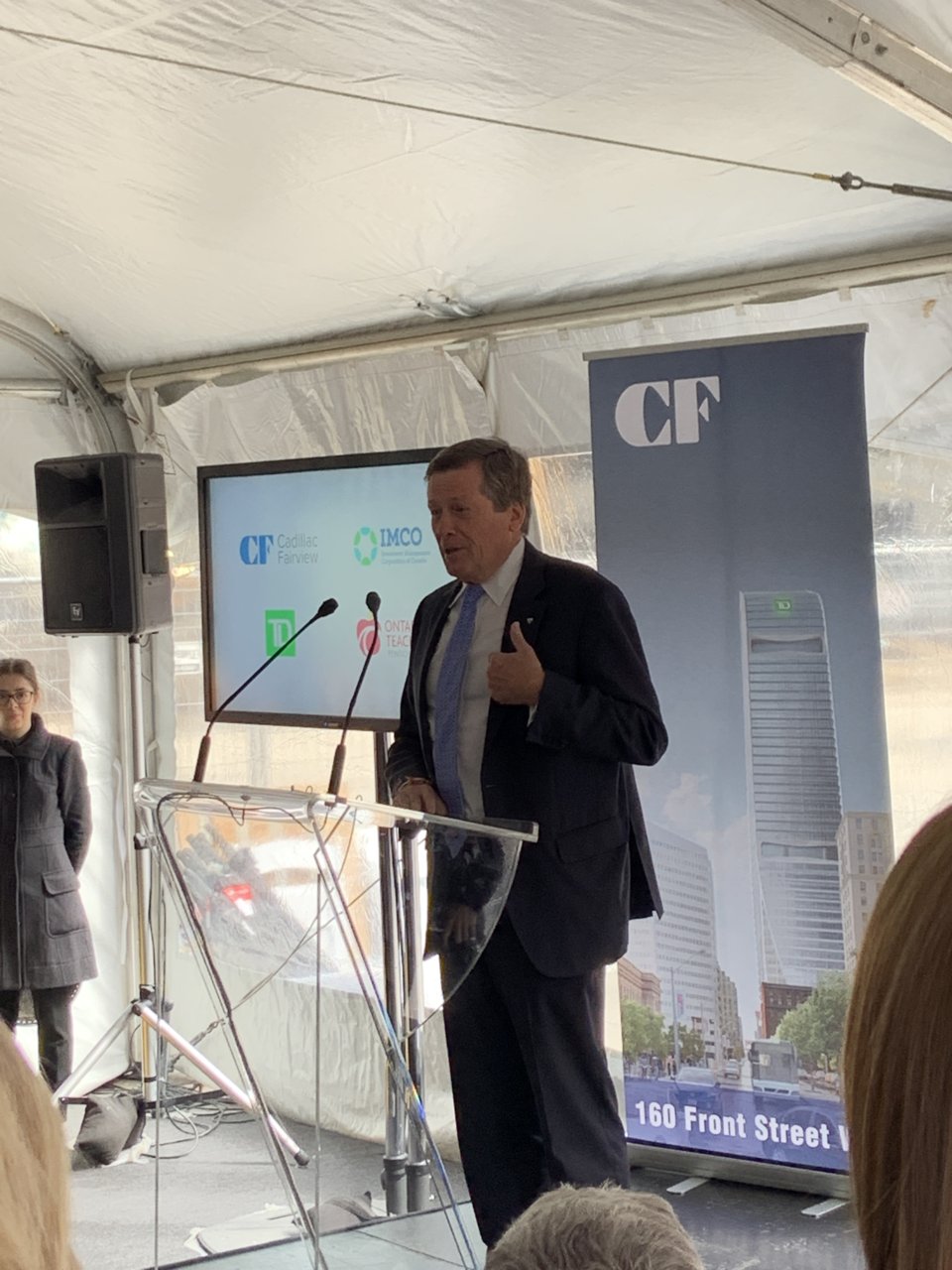 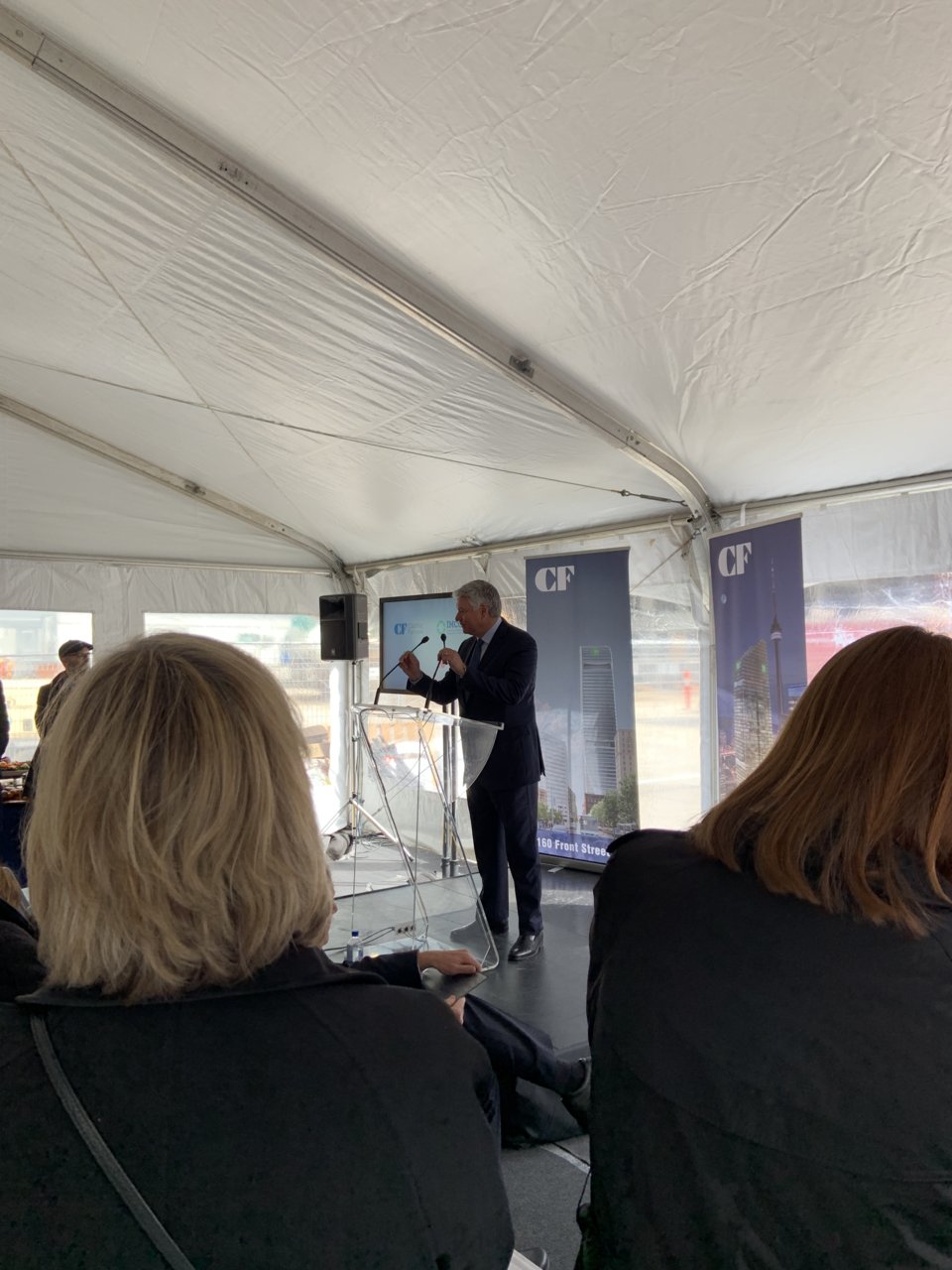 From the image we've got this far they stopped at the red brick.. but on the rendering pictures i see the new full building not red.. don't matter or care.. and agree with Travis and what's more Toronto is the only city in the world that saves heritage and mix them up..ask price Charles...
G

What no neon glowing 50 ft CF sign on top?

Over his head there. It was to be humorous ... no?

There's something very weird and disruptive about the overall shape of this creature (never mind the absurd open mouths yelling at us to get to work.).

For some reason I could see this guy (gal?) becoming best buds with the Walkie Talkie tower in London (guess it's to late to do a deal).
Visiting here is better slightly than a colonoscopy... thank you UT photographers.
LINK: Future SKYLINE render (updated November 8, 2020)