sixrings said:
Personally I was always skeptical if smarttrack would actually ever get ttc type fares. But Ford won't always be in power so maybe the next government will reduce the fare. I thought it shouldn't be built because it was taking money away from what we all know the city needs. Downtown relief line. Now we have a scaled back smart track with less stations, a danforth extension being studied again and a downtown subway not using subway cars. Great.
Click to expand...

well we got close, with the 1.50$ co fare. But this current government did indeed kill that.

Id say if the liberals were in power still I'd expect fare harmonization for Smarttrack, but I doubt it now.

I still see merit in it though, especially in off-loading people who would normally go all the way to Union and then reverse back on TTC to their areas of employment.

Steve X said:
ST was supposed to be like a new subway line within the TTC fare structure. It is needs to be frequent and integrated with the TTC system. That way, ST wouldn't be overbuilt as people will transfer to ST like they do with the subway.
Click to expand...

That was the 'back of the napkin' plan, just like the Ontario line is to some extent. The plan itself was good, but there were no studies done or discussions with Metrolinx if it was possible.
B

asher__jo said:
That was the 'back of the napkin' plan, just like the Ontario line is to some extent. The plan itself was good, but there were no studies done or discussions with Metrolinx if it was possible.
Click to expand...

Two sides to this... On the one hand the Eglinton West portion was awful. There were signifcant flaws to that design even if the Richview corridor was still in place, and an obvious lack of understanding that it wasn't. On the other, the rest of the plan was and remains entirely possible - what's lacking is an understanding of or willingness to fund the level signalization needed for sub 5 minute frequencies. At the end of the day a "subway" level mainline service is completely viable, but also needs subway level infrastructure, no one in Tory's office seemed to ever accept that it's not just a question of running trains.
R

ssiguy2 said:
What I don't understand about ST is why it stops at Eglinton. The entire Union to Brampton section on the Kitchener line is completely grade separated so why doesn't it just continue on towards Brampton, Pearson, or at least Woodbine?
Click to expand...

True, but it shouldn't be very hard to add those stations north of Eglinton in a sort of Phase 2.
R

Some are trying to create a push back against "overbuilding" transit in terms of ridership but here we would be providing extra options as well as introducing a new layer of reliability that is much needed. Both items are extremely important to actually get more commuters confident enough to choose public transit.
Click to expand...

I would be inclined to keep all possible SmartTrack stations in/near dowtown, even if both East Harbor and Gerrard match Ontario Line stations:
1) That provides some redundancy, in case of service disruptions.
2) Downtown is expanding, the eastern shoulder will have quite a few destinations on its own. More stations there mean fewer transfers at other interchange stations.
C

No, I'm not bumping this thread just for its own sake.... but it's hard to discuss the current Toronto-Ontario agreement in individual threads when it covers so many different projects. I wonder if the mods would allow an omnibus Toronto-Ontario Transit Agreement thread until this deal gets done.

Anyways, my point is - I see in the Exec Committee documents that ST is now referred to as the "Smarttrack Stations Program". In other words, it's officially not a transit line.

We knew this all along, but it's nice to see we've completed the 180 degree reversal from the original Tory platform, in one degree increments.

With all the recent changes and levels of government support, hard to keep track of what is what with all the transit programs in parallel. I wonder if this project is now delayed or has additional funding post the elections?
H

Berlin said:
With all the recent changes and levels of government support, hard to keep track of what is what with all the transit programs in parallel. I wonder if this project is now delayed or has additional funding post the elections?
Click to expand...

Funding for the 6 stations was promised by the same government that is still in power as of today. So I doubt much has changed.
R 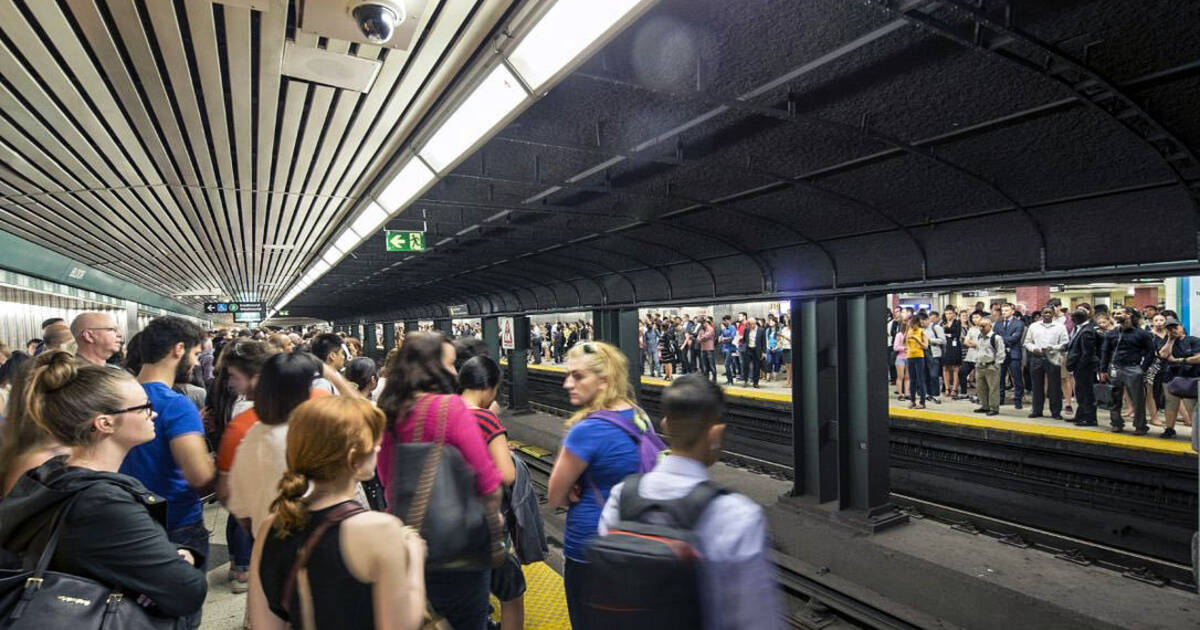 With Canada's 2019 federal election now exactly two months away, political candidates and government officials are starting to trot out their bigge...

"The SmartTrack Stations Program will leverage existing heavy rail infrastructure and the Province's GO Rail Expansion Program to increase local service and expand transit options for residents traveling within and beyond the City," reads the government's press release.
Click to expand...

^scope of which vastly smaller than the original...
R

hw621 said:
^scope of which vastly smaller than the original...
Click to expand...

Chow lost. Give it up. Its over 5 years ago. Move on

Finally he realizes the obvious.

robmausser said:
Chow lost. Give it up. Its over 5 years ago. Move on
Click to expand...