jje1000 said:
The wealthy executives and their cars coming down from Rosedale and the wealthy portions of North Toronto and York? Sort of reminds me of the time when drivers made a fit about removing the reversible lane on Jarvis because of the inconvenience it would cause.

Personally I would imagine driving into the Financial District in as a status of convenience, as parking rates are a bit too expensive to be sustainable for the average middle class.
Click to expand...

Downtown is a wider area than the financial core. It runs from Bathurst to the DVP and the lake up to north of Bloor.

Parking rates in much of that area run in the $150-400 range, which is expensive but manageable for an upper middle class family. Or, well, at least 20% of incomes, because 20% of commuters do it.

Fritter said:
I'm surprised with this stat. I thought it would be a much higher percentage.
Click to expand...

Those were 2006 figures. Must be higher today, and will be even higher as the GO construction proceeds.
[SIGPIC][/SIGPIC]W. K. Lis
C

innsertnamehere said:
Since the Lake Shore off ramp is moving from Booth Avenue to Cherry, the stretch of the Gardiner from about Parliament to the DVP will be 4 lanes, compared to the current 8 lanes. West of that it will be 6 lanes like the current configuration beyond a small 4 lane section westbound from the Lake Shore on-ramp to the Yonge Street off-ramp.

It's easy to forget that the Hybrid solution getting built is actually going to effectively demolish another 600m or so of the highway (the Lake Shore ramps), create a much smaller structure for another 800m or so, as well as shifting the highway north from the Keating Channel.

The highway is going to be a lot less oppressive than it is today, it'll feel a lot smaller east of Parliament.

West of Parliament the highway will be more or less the same as today though.
Click to expand...

The change in the road is really only east of Cherry, not Parliament. The ramps will split off there and as a result there will be less elevated roadway in the section leading towards the river. But I was referring to the eight-lane monster that runs between Jarvis and Cherry. That is essentially staying the way it is, with no physical reduction in the width, though we can hope it will look a little less ugly after a rehab.

My point was that the east part Gardiner structure is built in such a way that consideration could have been given to knocking half of it down and leaving 4 lanes between Yonge and Cherry, since that would likely carry nearly all the current traffic, with improvements to Lakeshore. An expressway diet. The snip below shows what I mean. Removing 1 pillar and part of the beam of each bent, and the section of the roadway above, would carve 50 feet off of the width and make improving the area easier. 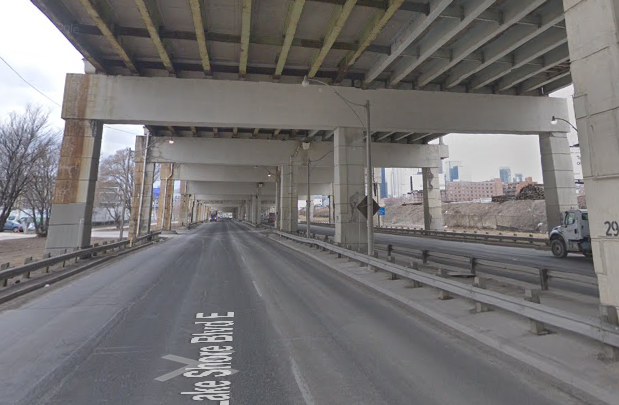 innsertnamehere said:
Downtown is a wider area than the financial core. It runs from Bathurst to the DVP and the lake up to north of Bloor.

Parking rates in much of that area run in the $150-400 range, which is expensive but manageable for an upper middle class family. Or, well, at least 20% of incomes, because 20% of commuters do it.
Click to expand...

Meanwhile others companies pay for it. My father started taking the subway downtown. Then moved to go train. Then for about 5 years he paid for parking. And then for the last 15 years his company paid for it.

sixrings said:
Meanwhile others companies pay for it. My father started taking the subway downtown. Then moved to go train. Then for about 5 years he paid for parking. And then for the last 15 years his company paid for it.
Click to expand...

Had better be a taxable benefit.
[SIGPIC][/SIGPIC]W. K. Lis

Saw this video and wished we were building our Gardiner Expressway underground.

If we tear down the Gardiner, what would be done with the DVP and in the west end? (the stubs that would remain after the elevated portion is torn down - where would they connect).
Last edited: Nov 4, 2019
2017 STWM Half Marathon 1:43
2018 STWM Full Marathon 4:18


Air pollution levels are "definitely too high for the public" near major roadways in Canadian cities — especially at rush hour and in winter — and poorly maintained diesel trucks are largely to blame, says the lead author of a new study that monitored pollutants in Vancouver and Toronto over two years.

The study — led by Greg Evans, director of the Southern Ontario Centre for Atmospheric Aerosol Research at the University of Toronto — was motivated by an earlier discovery that nearly 30 per cent of Canadians, including about half of Toronto's residents, live within 250 metres of a major roadway.

Meanwhile, growth in online shopping and delivery is boosting the number of heavy, diesel-powered vehicles cruising through our cities. Freight is the fastest growing sector within transportation, according to the Pembina Institute, a think-tank focused on clean energy.
Click to expand...

"Diesel exhaust is a human carcinogen," said Evans. "And the concentrations of diesel exhaust exposure that we saw surprised me."

The levels were higher than the allowed exposure for workers in the Netherlands, he said. "That's definitely too high for the public."

The study, done in collaboration with Environment and Climate Change Canada, the Ontario Ministry of the Environment, Conservation and Parks and Metro Vancouver, was released Wednesday.

Pollutants such as nitrogen oxides, ozone, sulphur dioxide and particulates are responsible for 7,700 premature deaths in Canada each year, and deaths and illness due to air pollution cost Canada $36 billion in 2015, according to a 2017 study from the International Institute for Sustainable Development.

Nitrogen dioxide levels measured in the new study mean it will be difficult to achieve the air-quality standards being proposed by the federal government for 2020 next to major roads, Evans said. In fact, it found levels exceeding those standards even 150 metres away from major roads.
Click to expand...

The study recorded roadside levels of black carbon in a range associated with an elevated lifetime risk of lung cancer.

Other major findings of the study were that:


"That really changes how we have to think about exposure in cities," Evans said...
Click to expand...

'It is so difficult to breathe — the air is choking,' New Delhi resident says

New Delhi restricted many private vehicles from the roads Monday to try to lessen pollution as people gasped and their eyes burned in toxic smog that exacerbated a public health crisis.

The "odd-even" scheme will restrict private vehicles with odd-number licence plates to driving on odd dates while even-numbered plates are allowed on even-numbered dates. It was begun days after authorities in the Indian capital began emergency control measures and ordered the closure of schools as pollution levels reached a three-year high.

Traffic police officers, wearing protective masks, signalled cars to stop for not following the temporary rule. New Delhi Chief Minister Arvind Kejriwal appealed for residents to follow the rule and for private taxi and auto-rickshaw drivers to support it.

Authorities said almost 1.2 million registered vehicles in Delhi will be off-road every day during the two-week restrictions....
Click to expand...

Tunnel traffic down 20% on first workday with tolls

On the first workday of tolls in the new State Route 99 tunnel, state transportation officials measured a 20% drop in morning tunnel traffic compared to an average Tuesday.

That's less of a drop than they were expecting, but one day is not enough to sense a trend.

In the coming weeks, city officials plan to collect traffic data on downtown streets and SR 99 off-ramps to figure out how many drivers are changing routes to avoid the tolls.

Tolls on the new tunnel started Saturday, but with Veterans Day on Monday, the first regular commute came Tuesday.

Apparently the first of the deck demolitions are beginning this weekend.
C 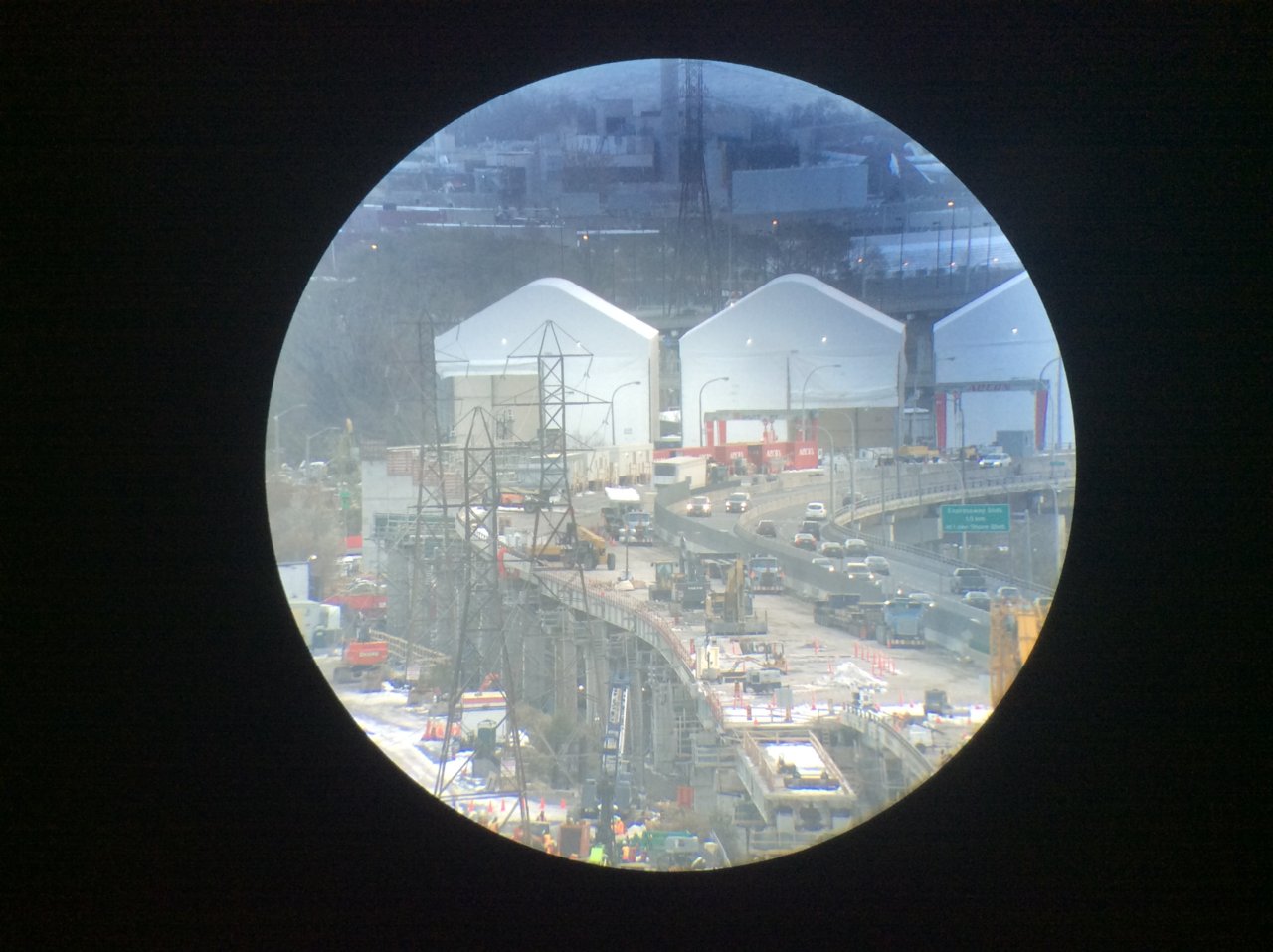 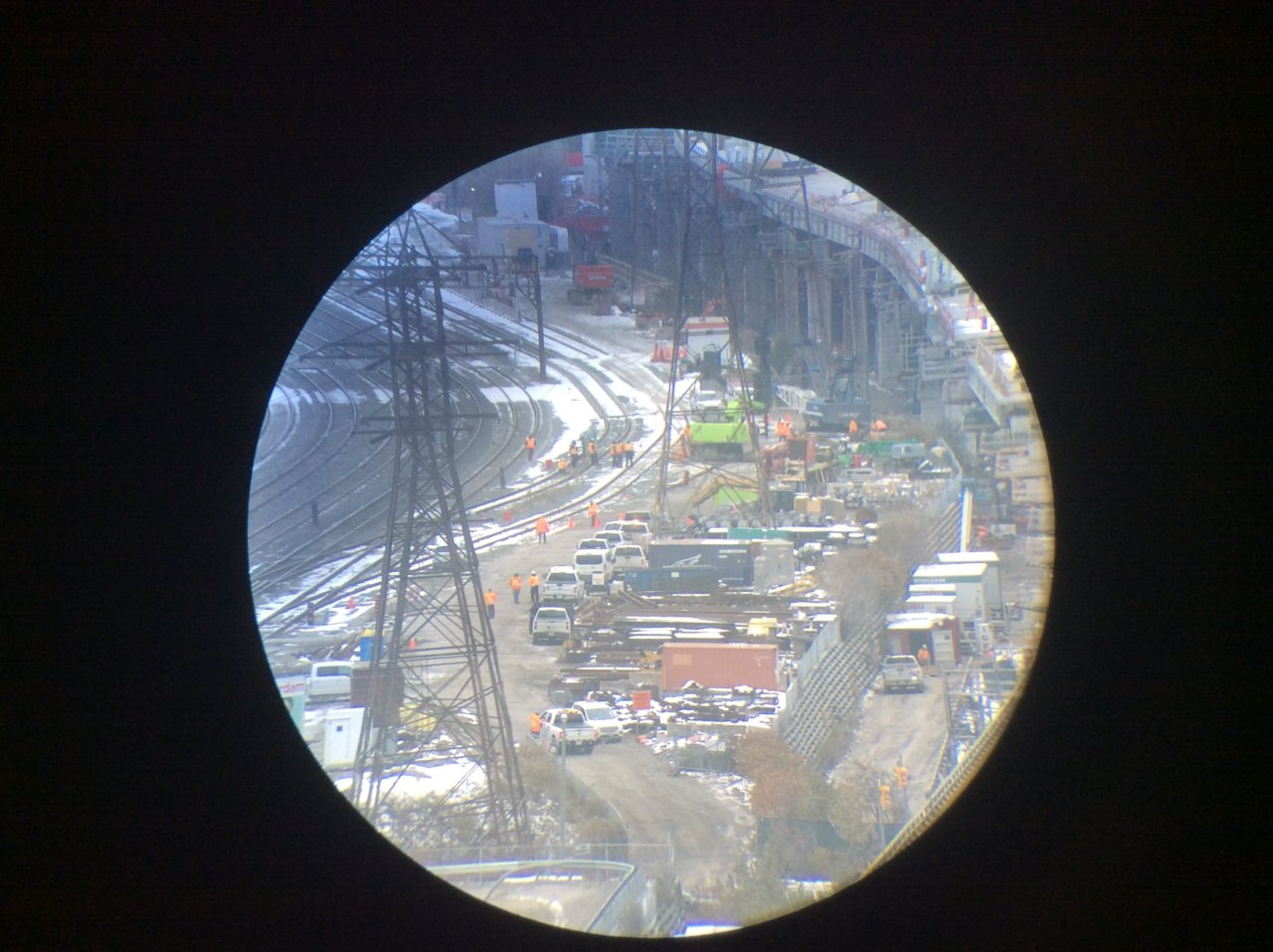 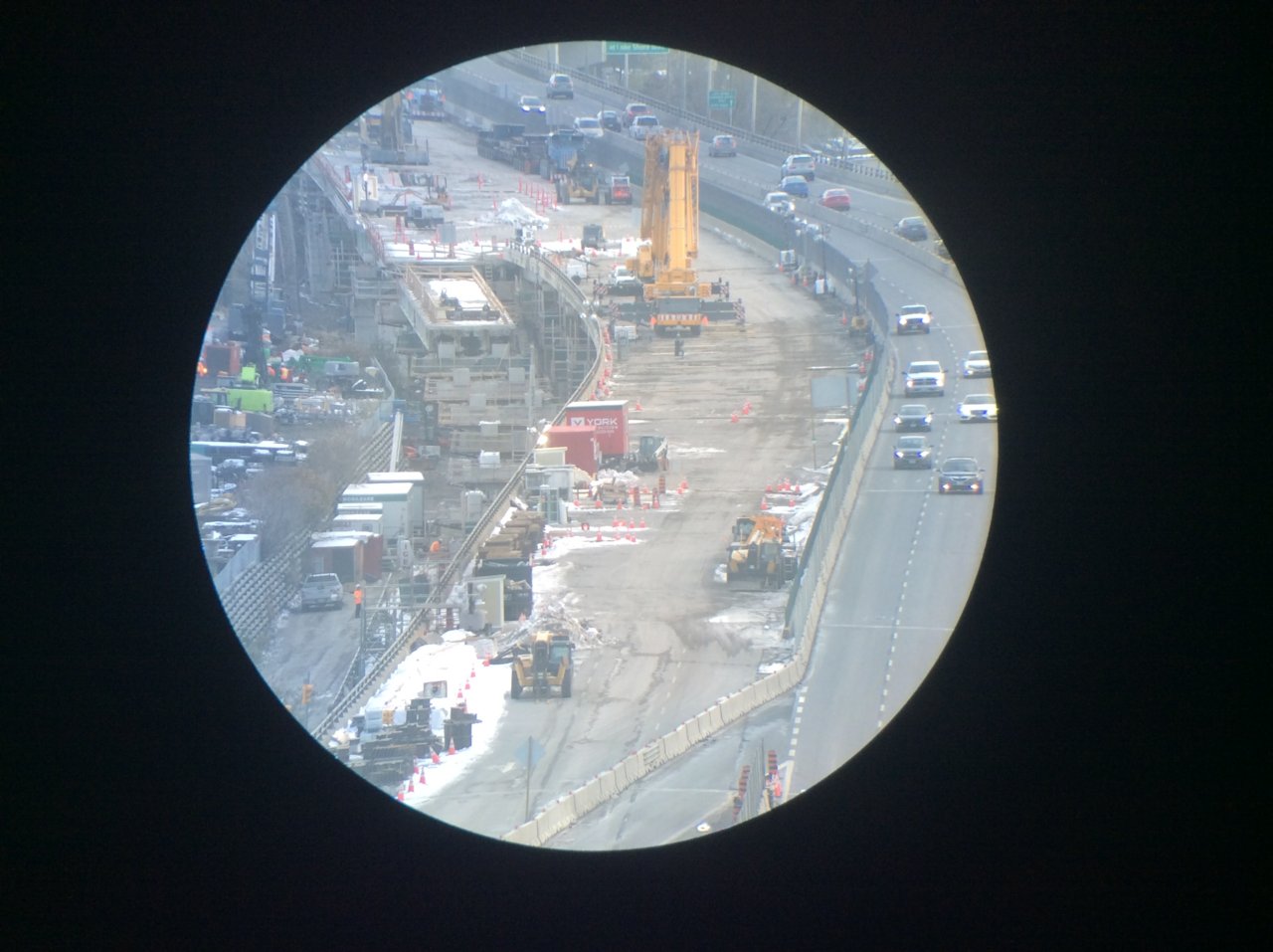 Another accident, many per week, same spot. Move the concrete barriers back and paint more yellow lines! 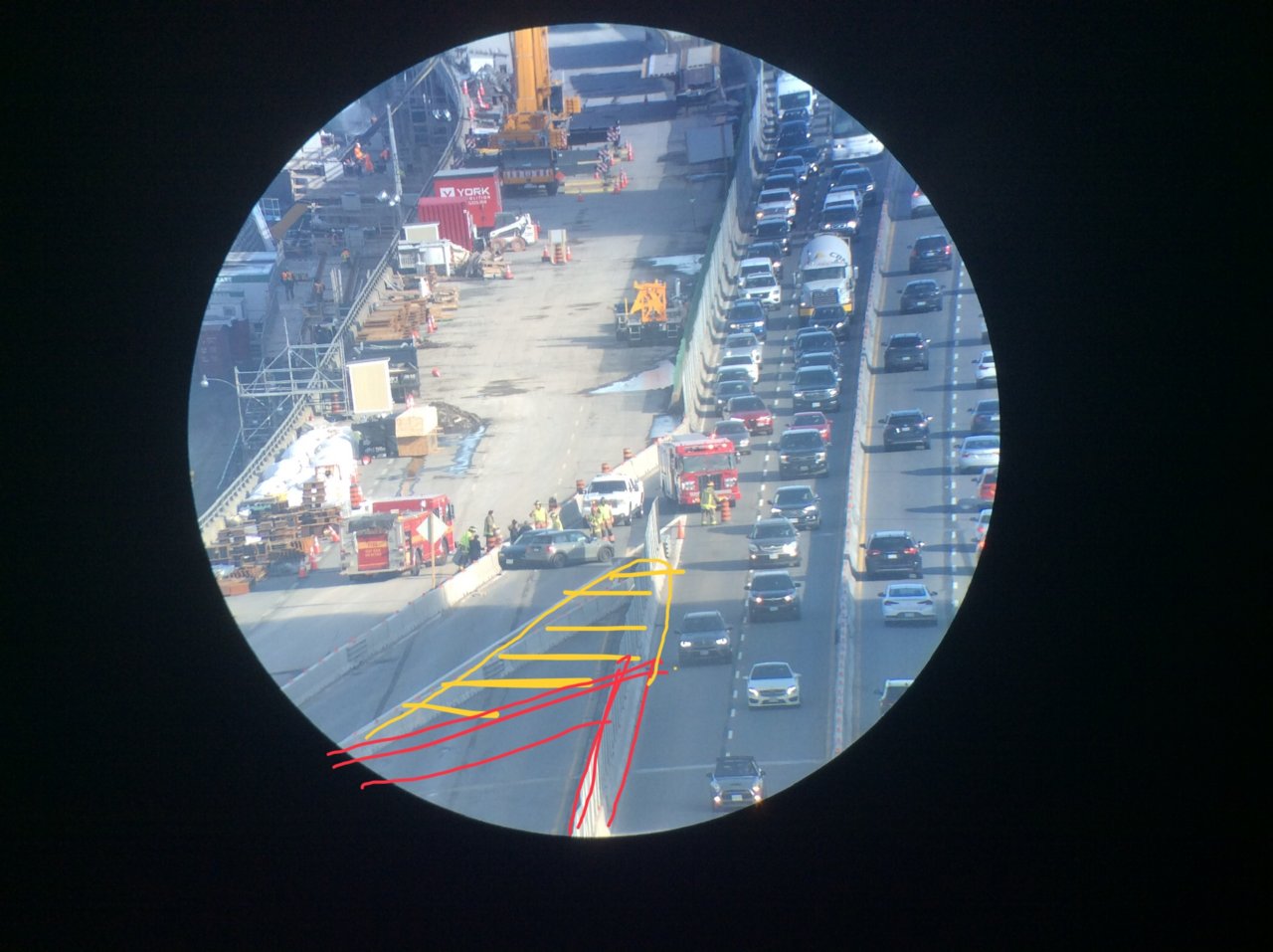 Same spot without the markup. There is plenty of room to reconfigure this. 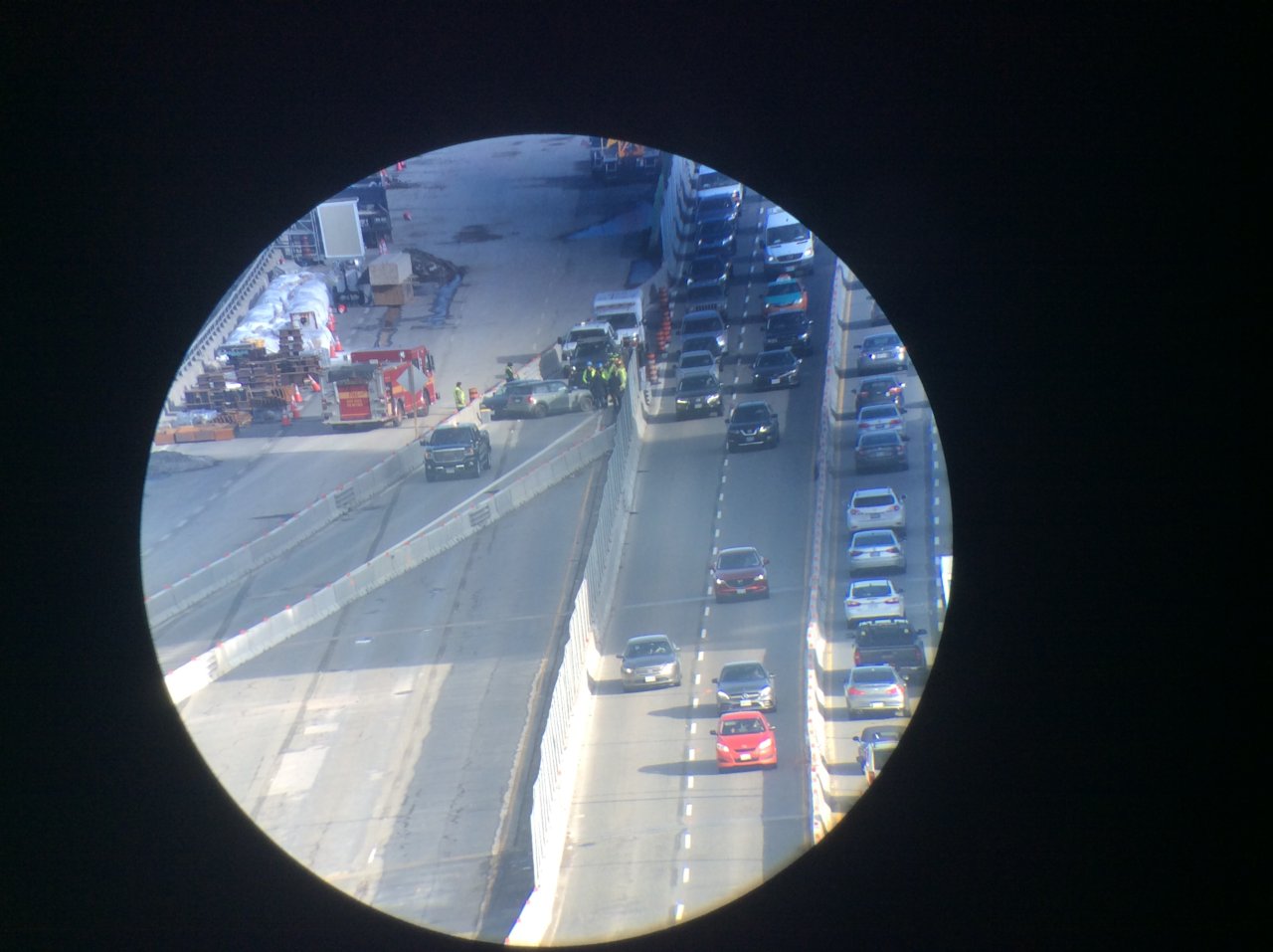 From this evening, near Parliament and Lakeshore. 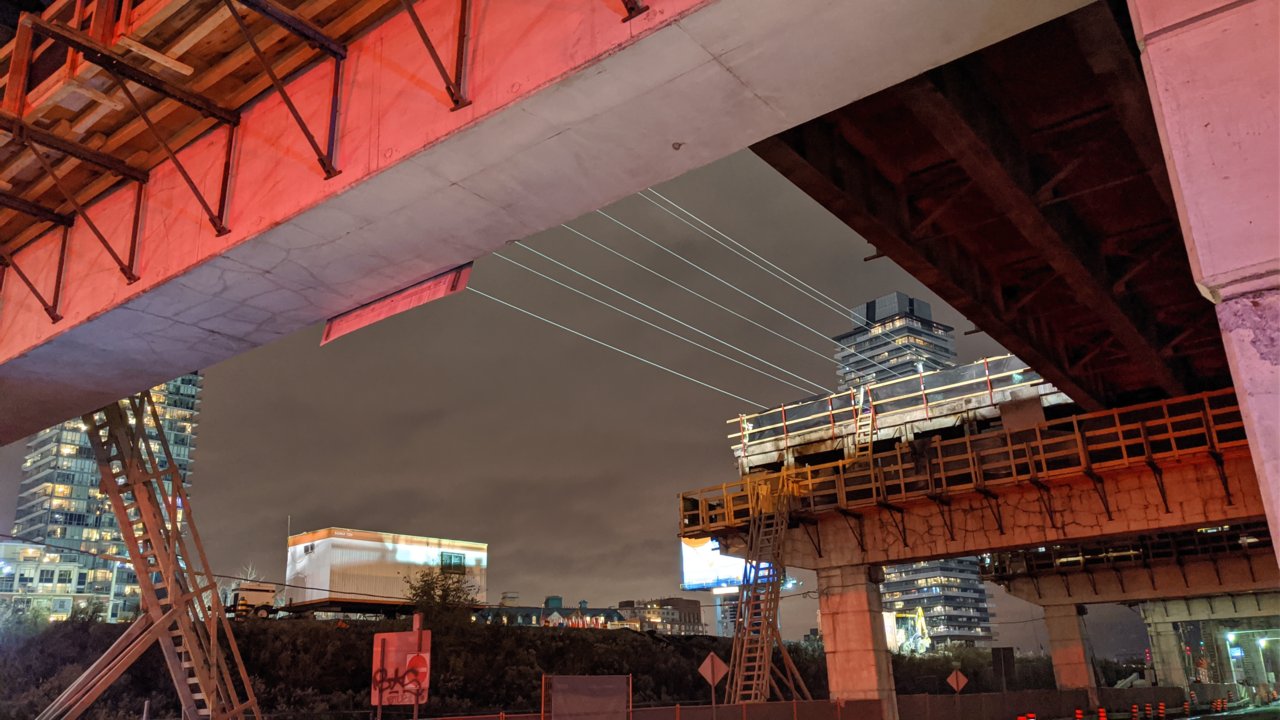