ProjectEnd said:
I mean, neither was the sprite scaling in early Sega AM2 titles, but it felt real enough. Does it really matter?
Click to expand...

Sure, it's pedantic of me to hate it being called 3D, but it's a gimmicky misrepresentation of what's happening, kind of like the crap that AT&T pulled. From an advertising aspect, this type of display is useless unless your audience only ever stands at the sweet spot. So if you put it at a wide open corner, it'll just look funny to most passing through. It's a novelty. Cool for an amusement park ride on rails, though.

ProjectEnd said:
My vote for what should have adorned the south podium:

OT: Not so much so from other angles.

Yep - as @zang and I agree above, this is more a parlor trick than true 3D, but it's still fun nevertheless.
Twitter
G

The glass is broken already?

It happens during construction. Regularly.

Today. The sidewalk here will be all new and fixed before the sidewalk around YC which as been completed years ago now. YC is so sad. 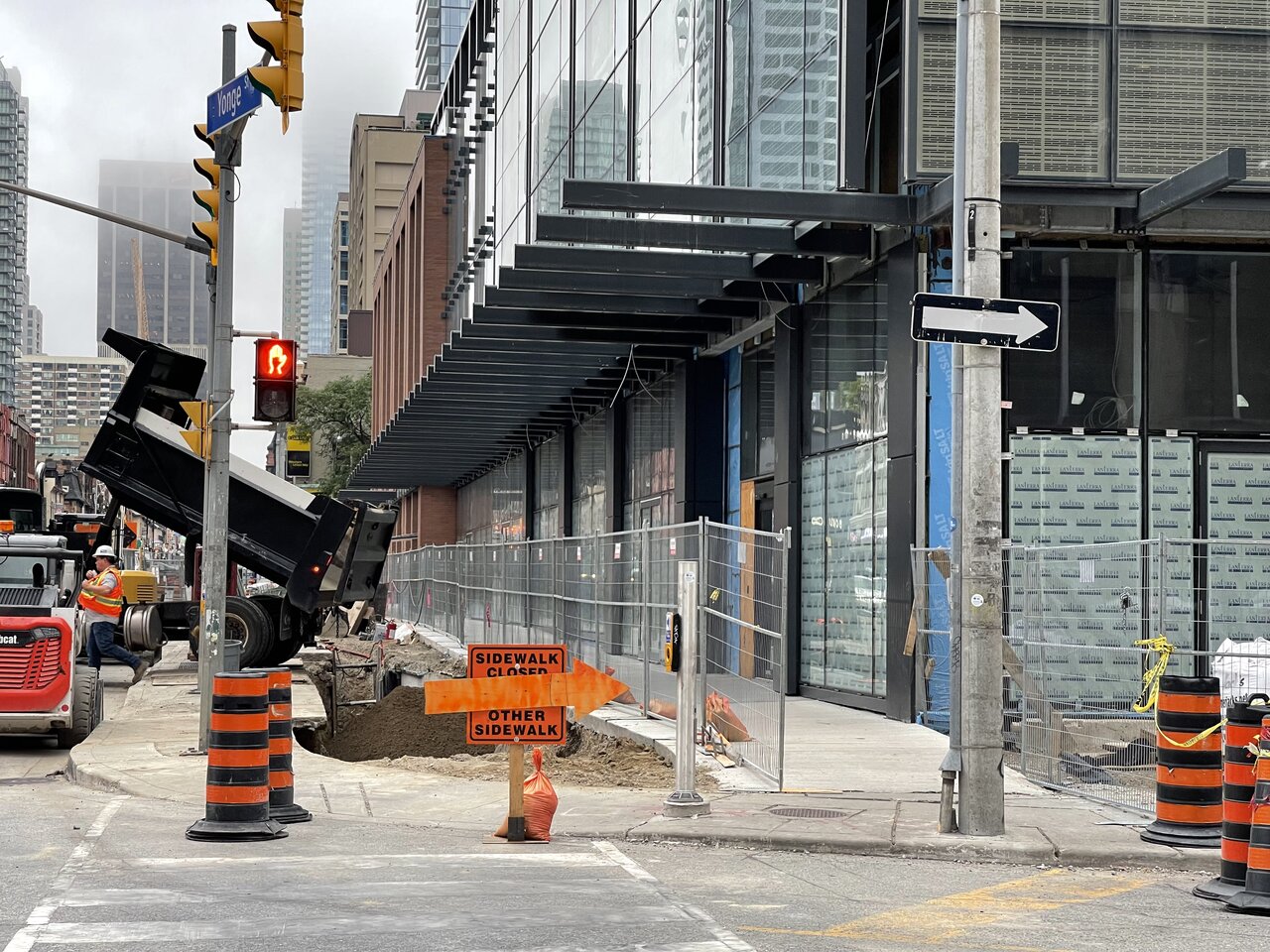 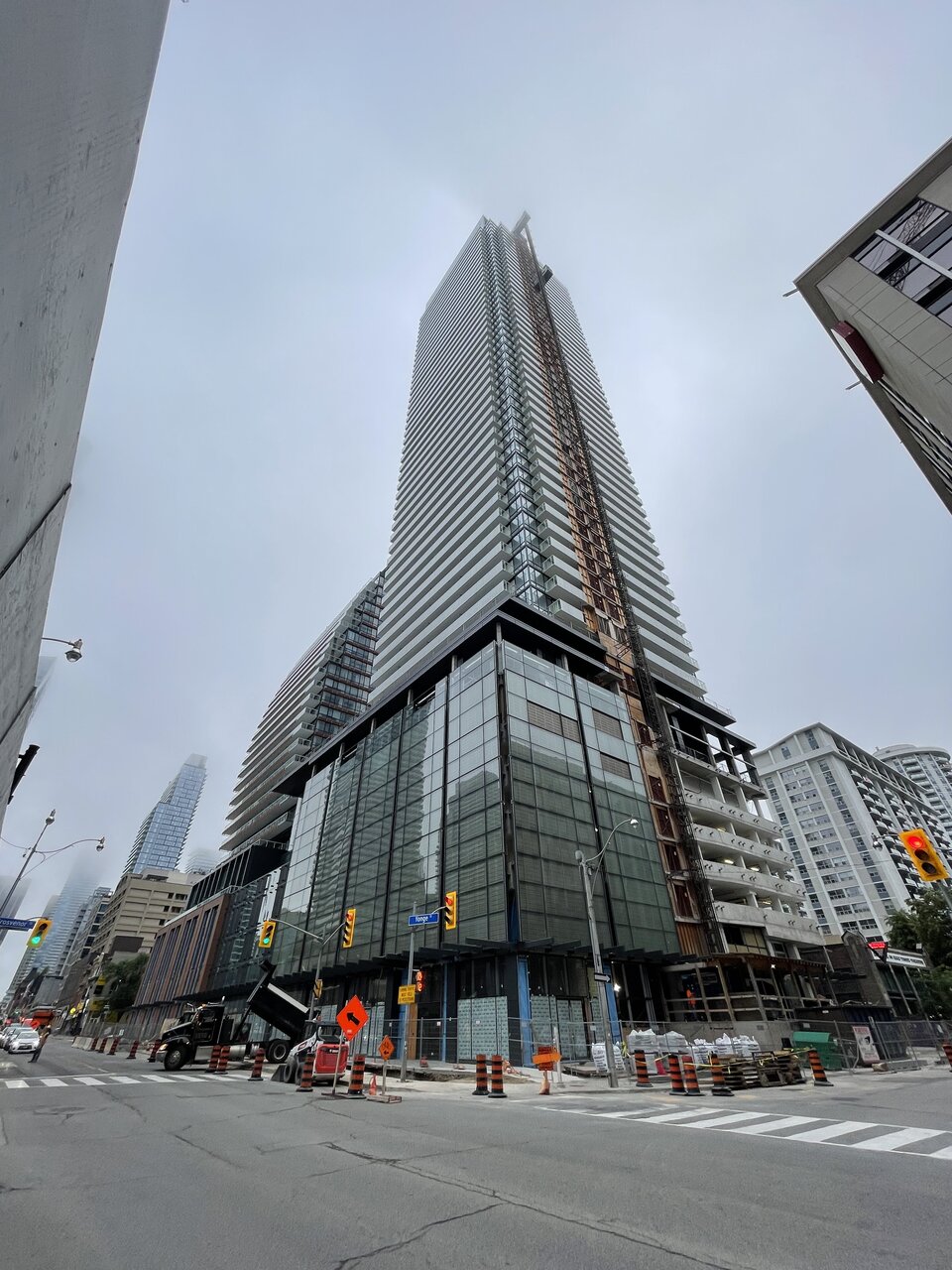 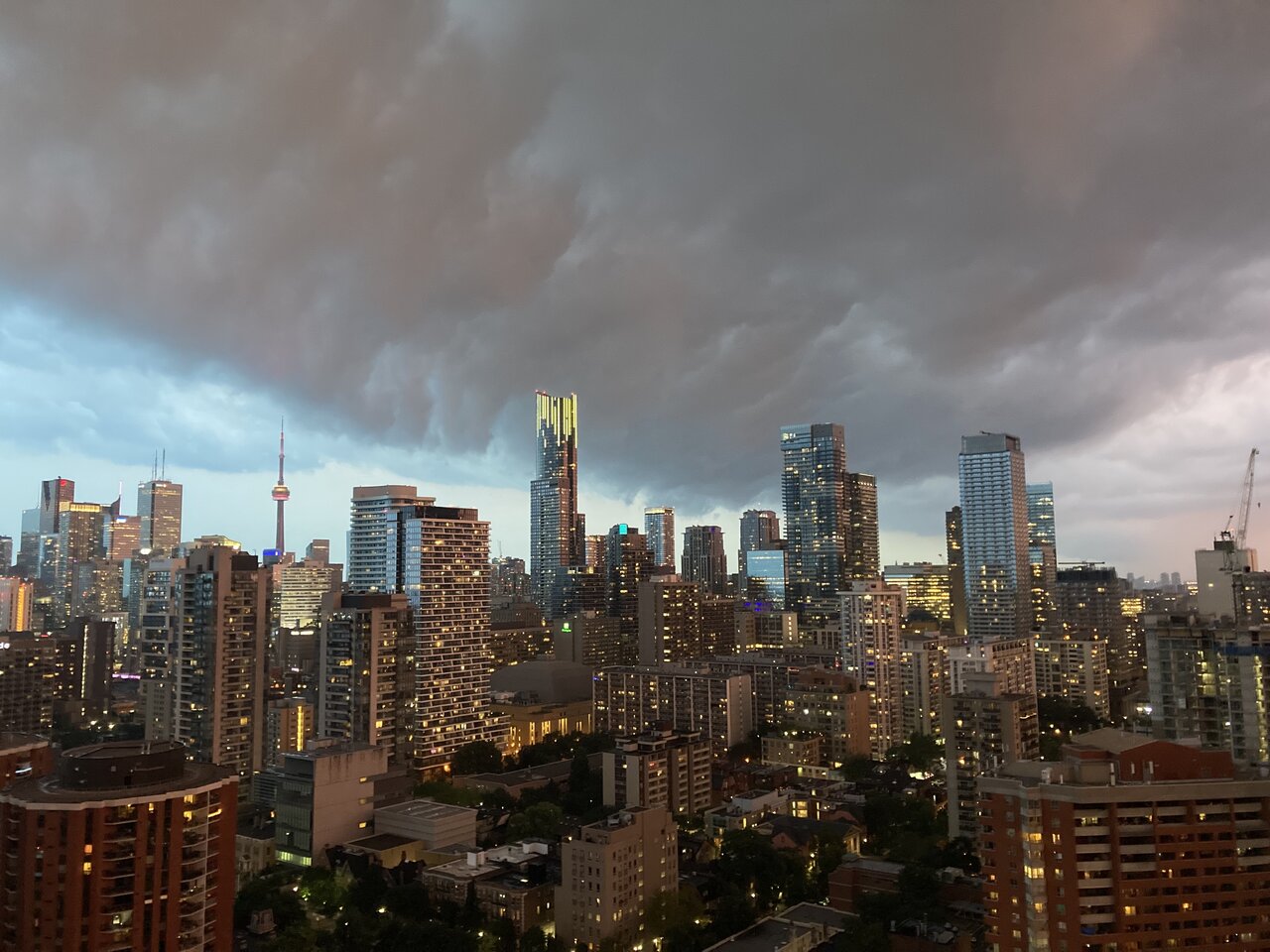 The lighting crown on Aura is one of the few good things about that building. Toronto needs more crowns. 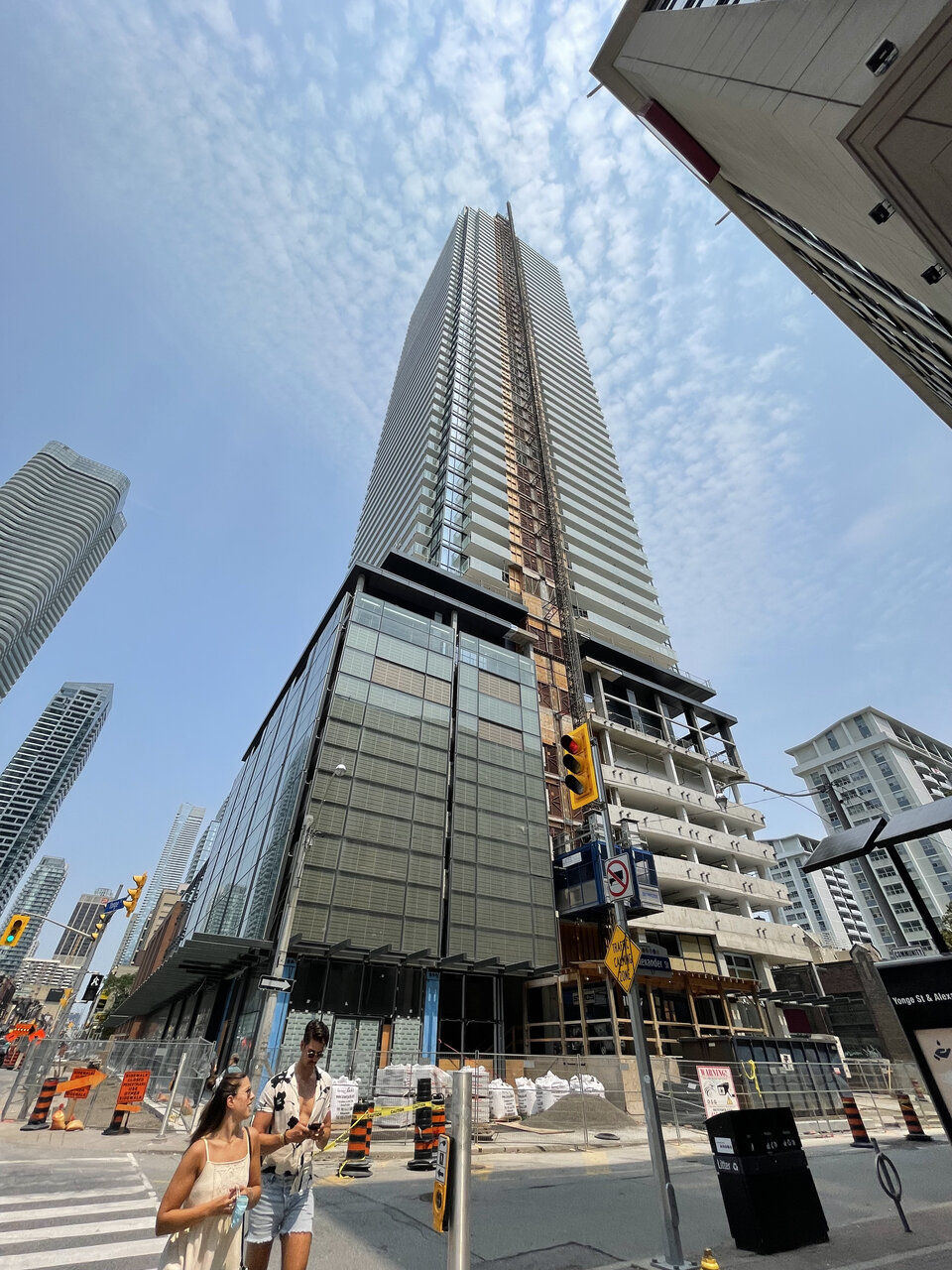 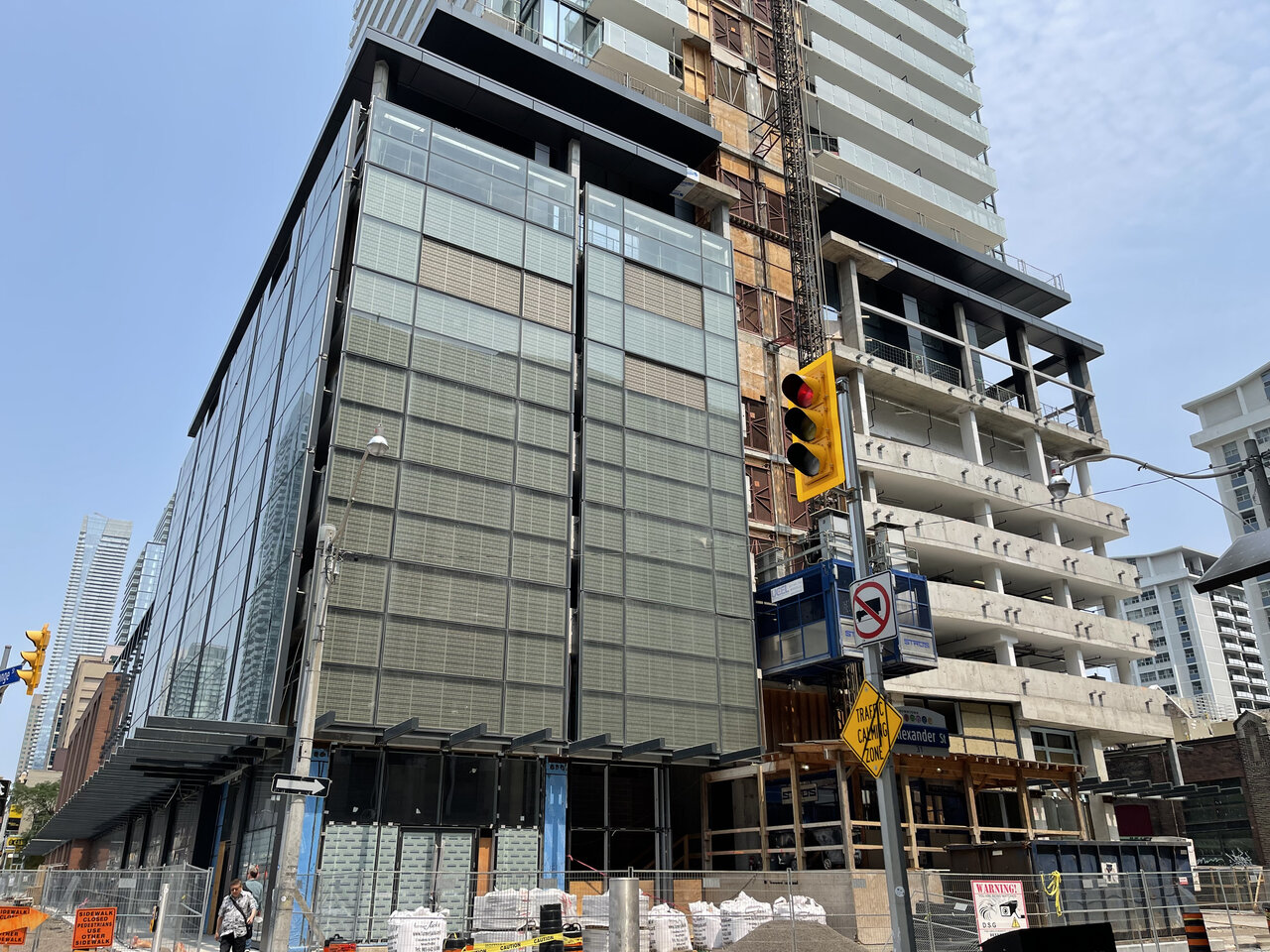 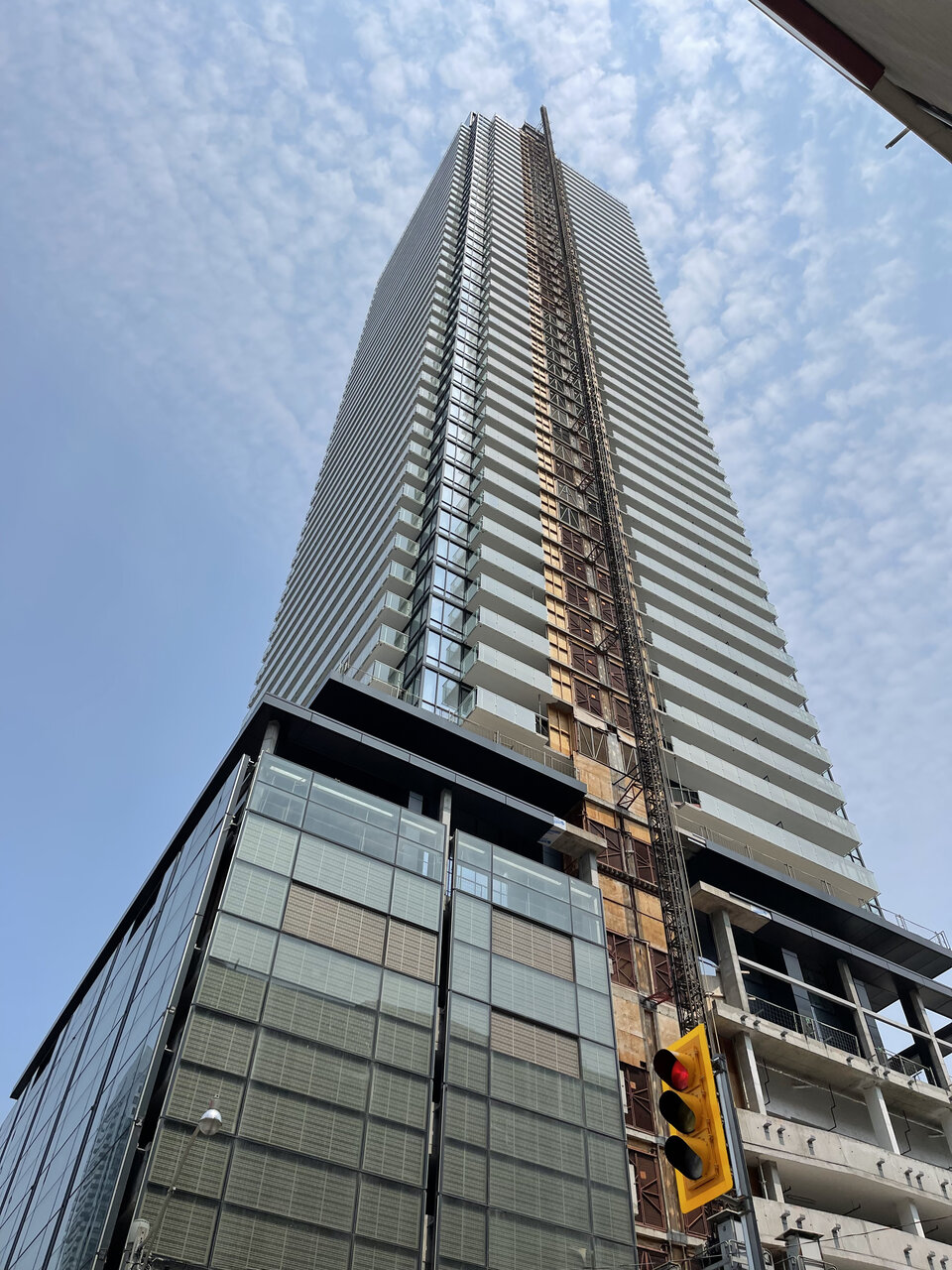 Finally the last section of the podium is getting some glazing. 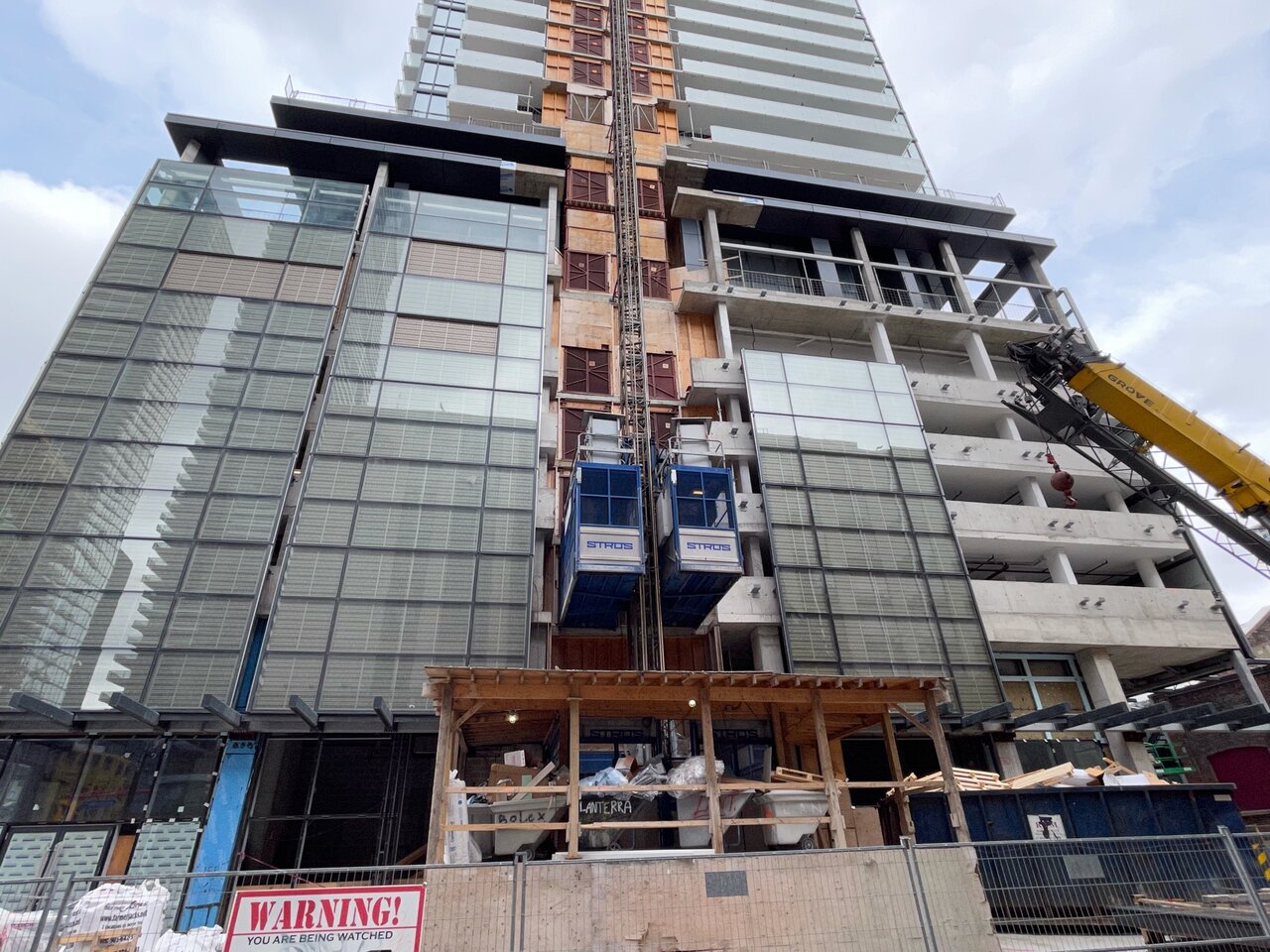 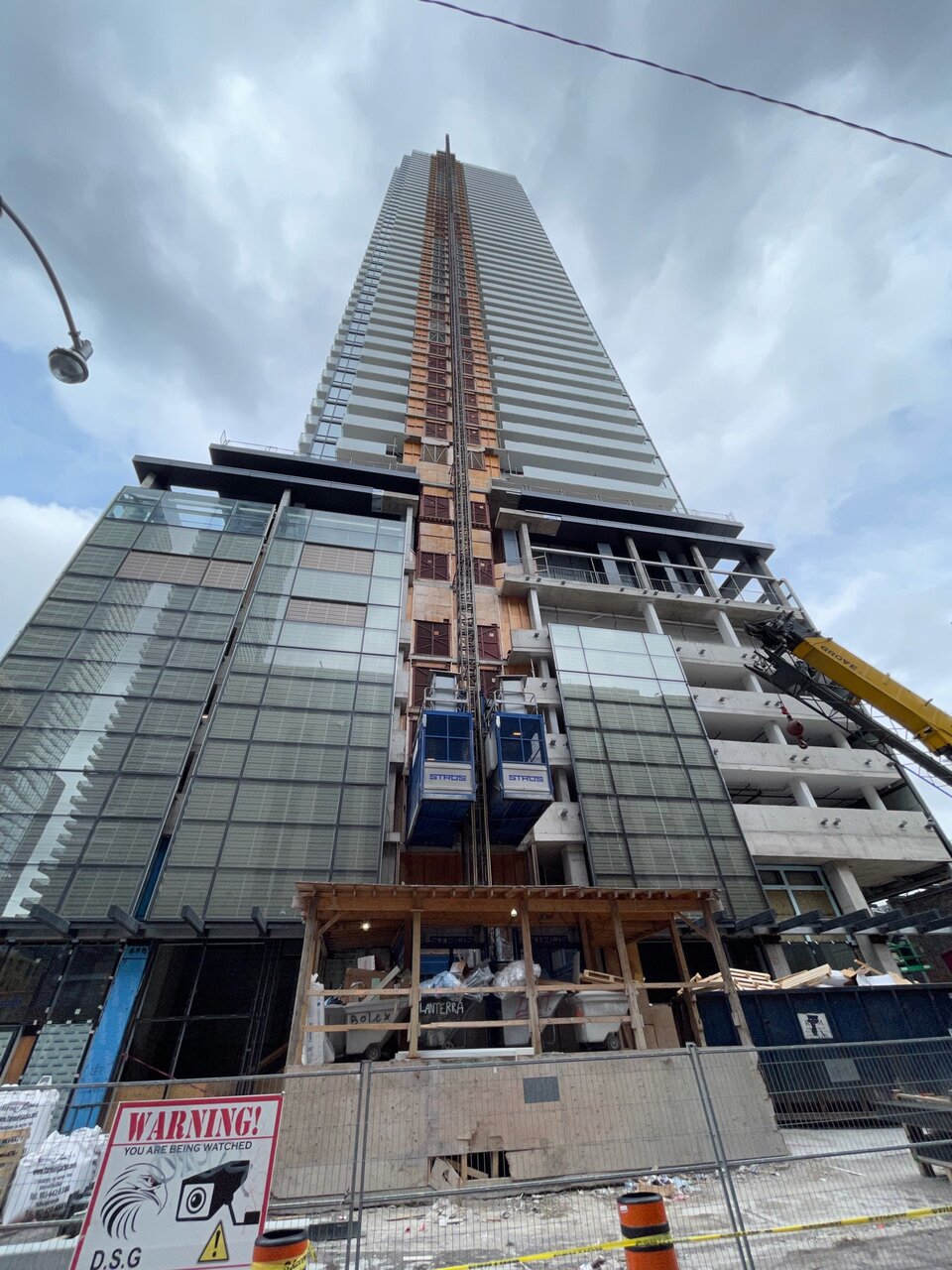 I thought they where waiting on The One to raise another floor... >.<
Quadruple "A" geek: Architecture, Azeroth, Anime, Aphex Twin.
F

Does anyone know if it's still the plan too add another layer of cladding to the podium like in the renders? Or is this the final podium look?
K

FiveSigma said:
Does anyone know if it's still the plan too add another layer of cladding to the podium like in the renders? Or is this the final podium look?
Click to expand...

Oh you're right in the rendering it shows those red fin things
But knowing Lanterra, probably cut out 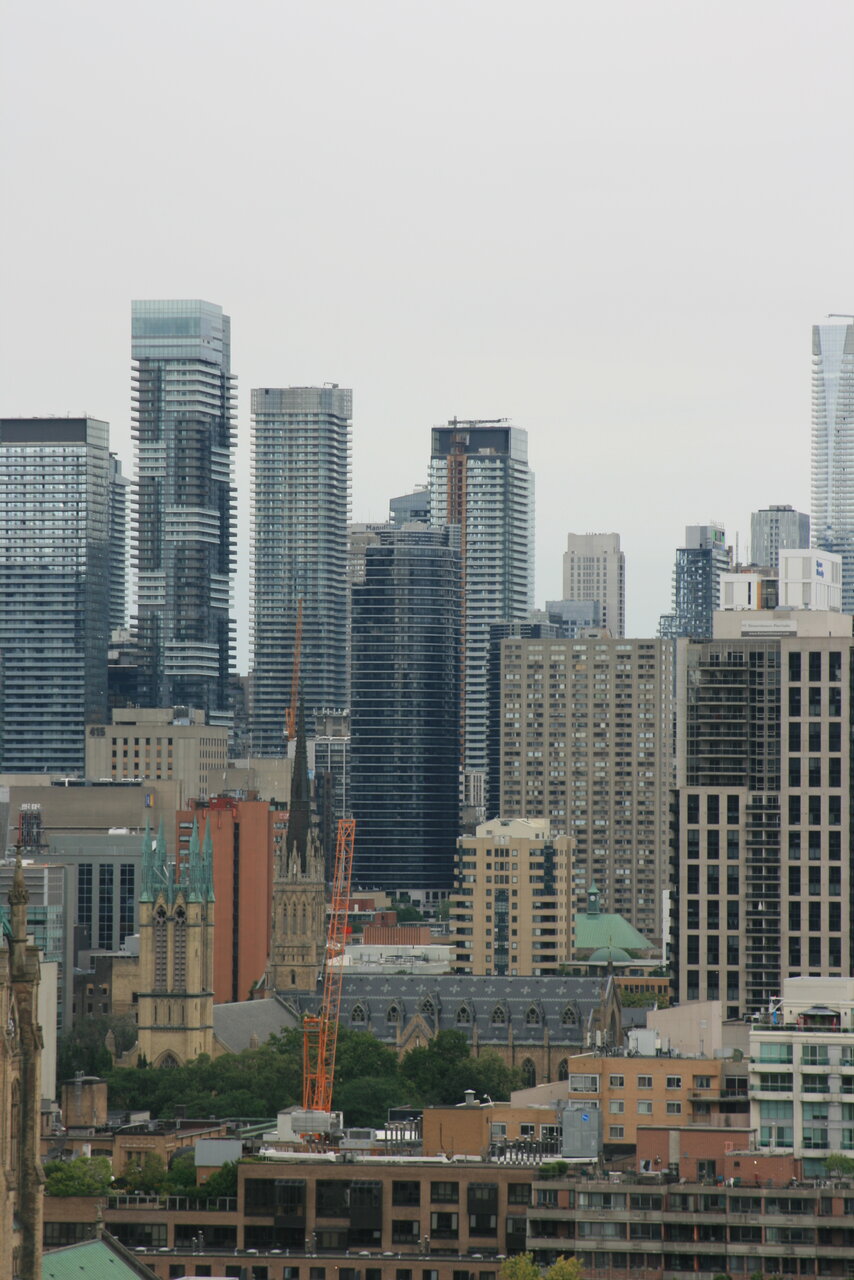 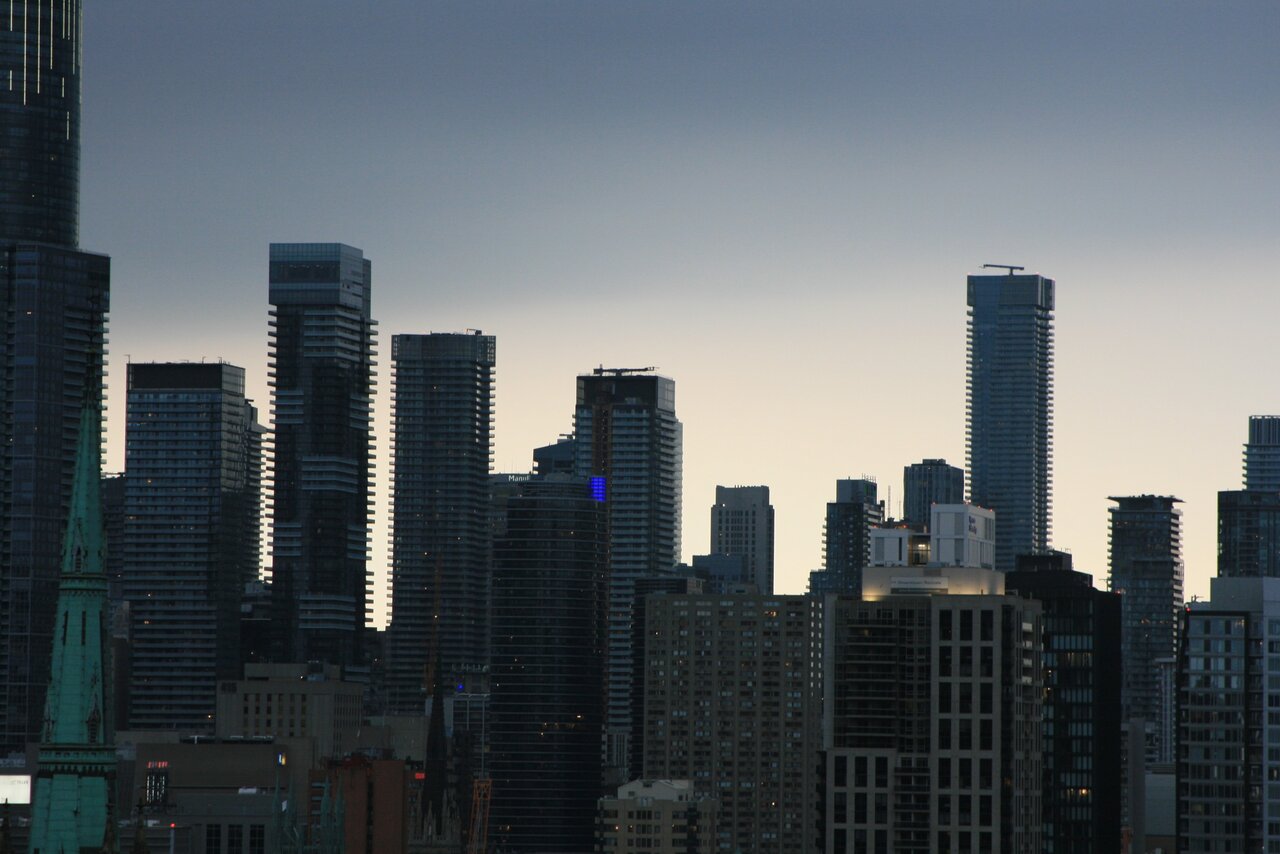 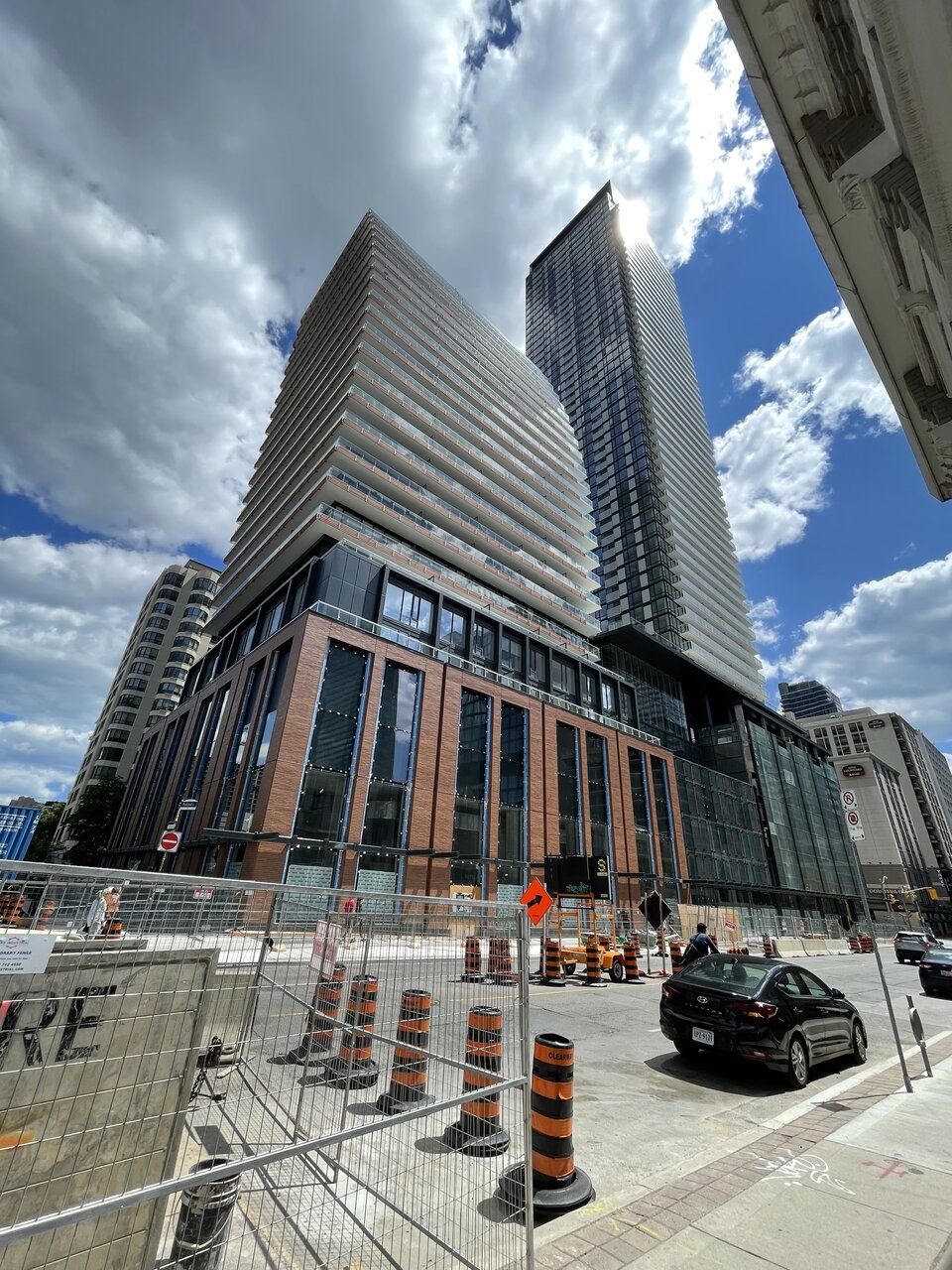