Rascacielo said:
I passed by the area Friday night and the western part was fenced off. Not sure if they were never removed or they were put back after the opening ceremony (if so, why?).
Click to expand...

The lion’s share of the new space has been caution taped off since at least Saturday. Unsure why.

Today. The terrace is open again. Nice place to sit and have coffee on a quiet Tuesday afternoon. 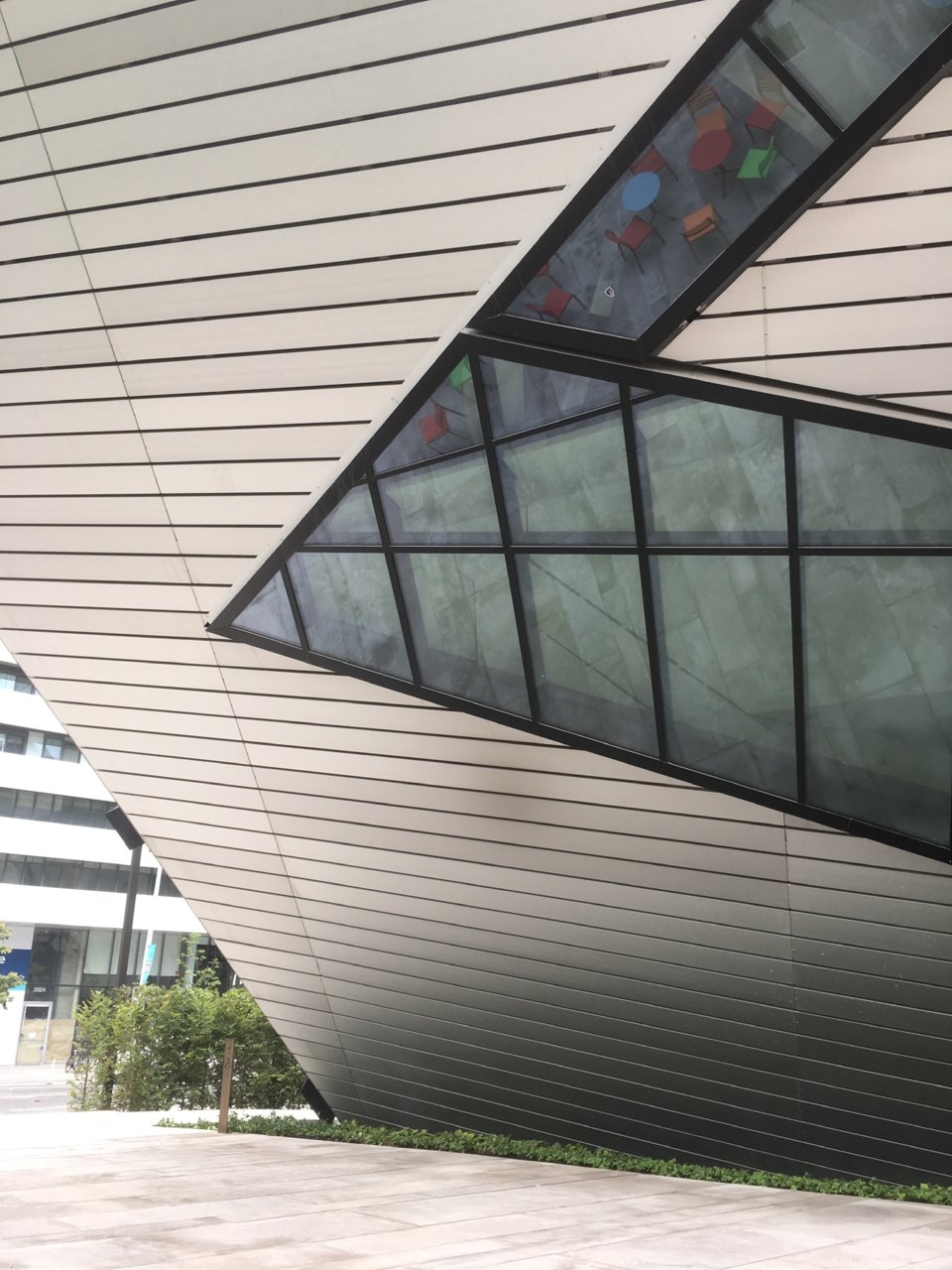 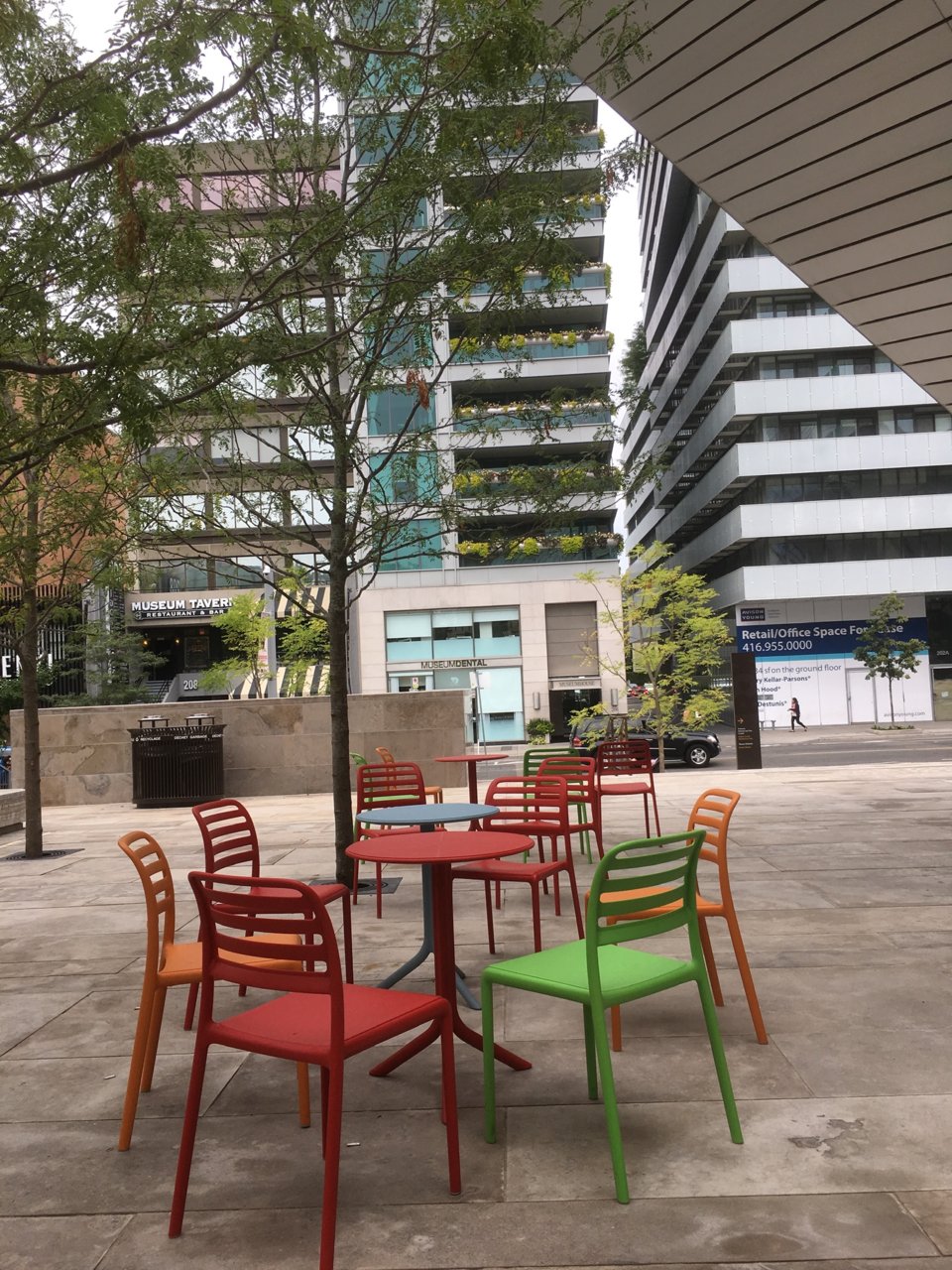 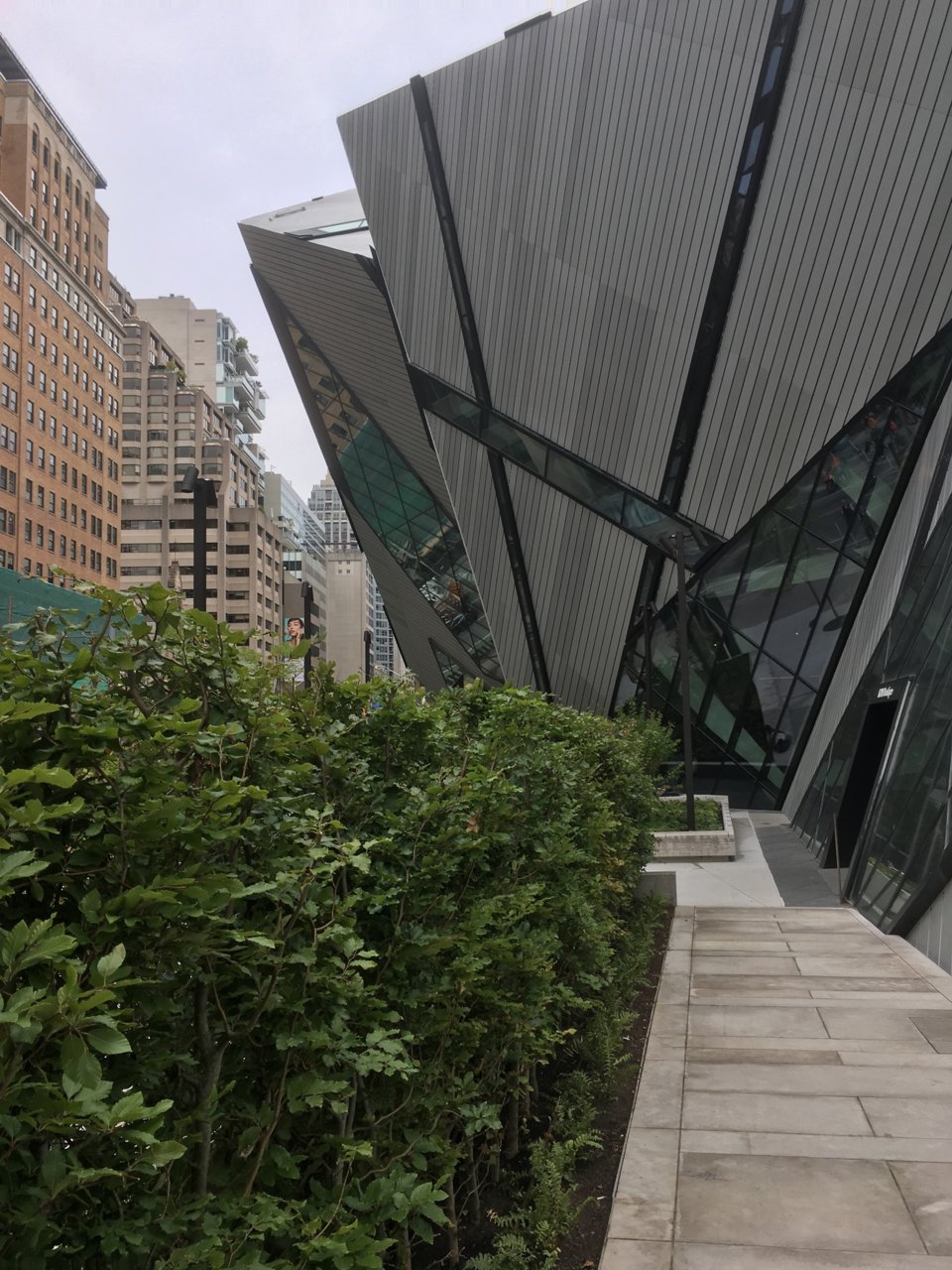 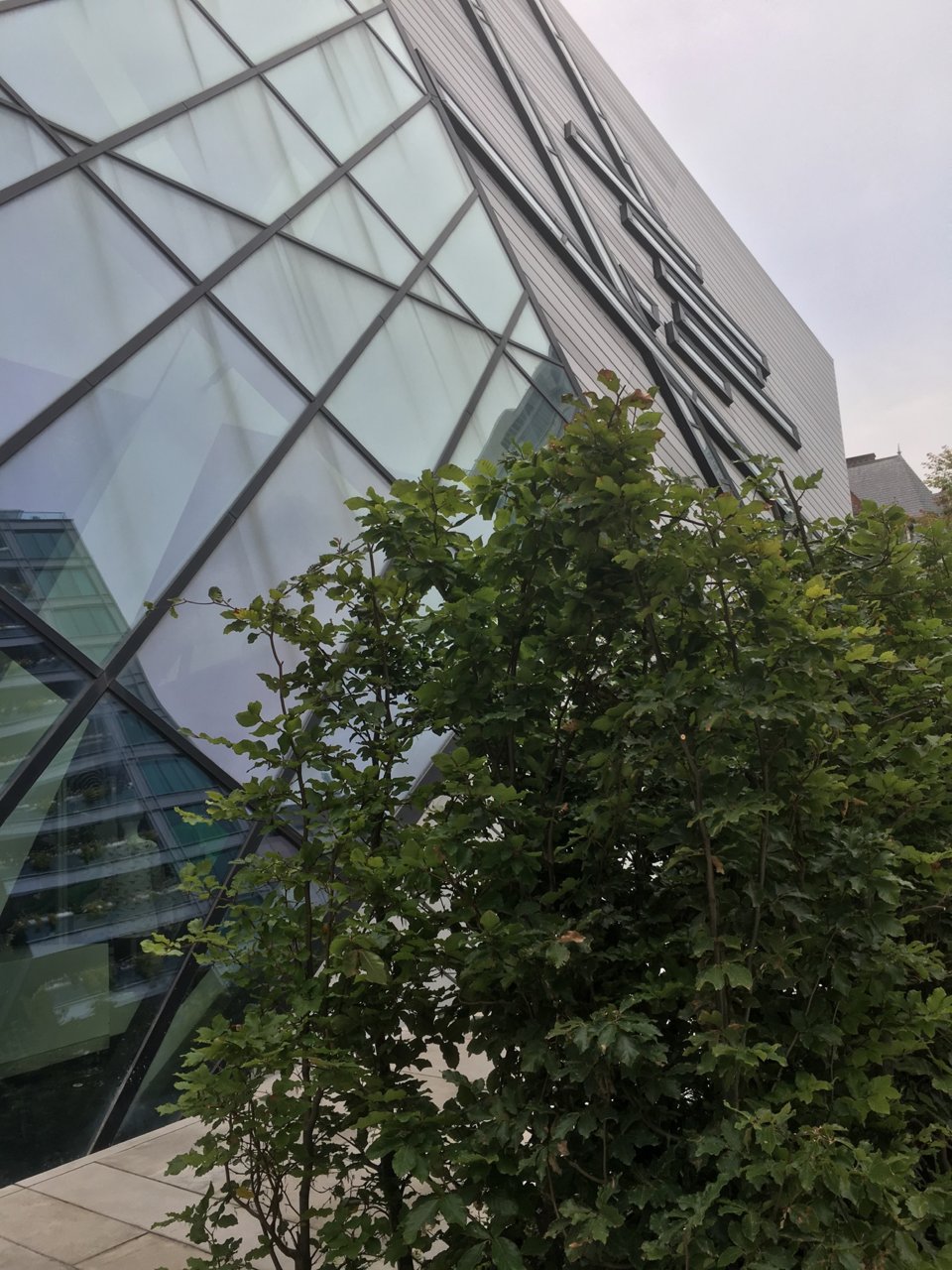 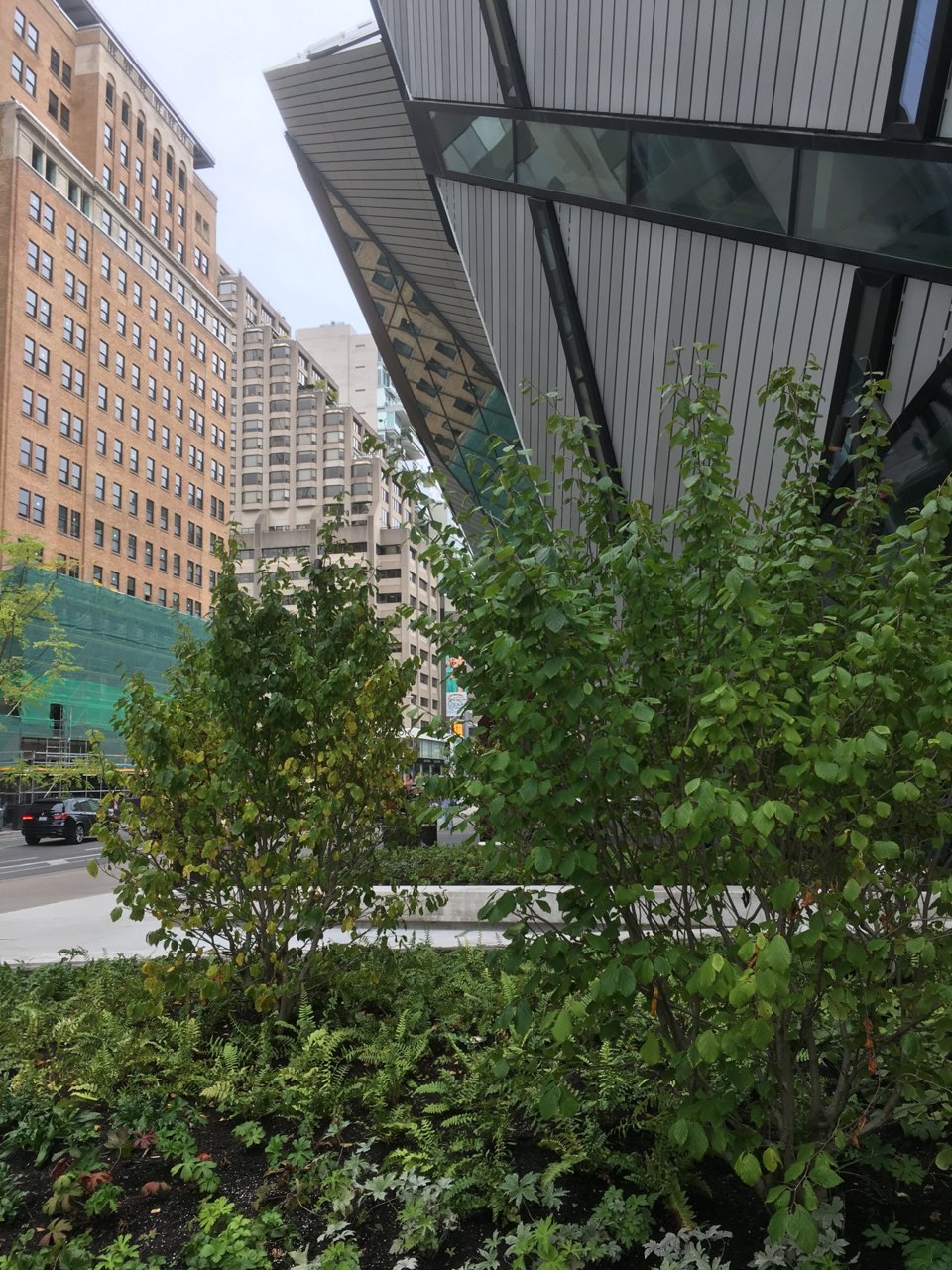 As of November 4th the ROM will be closing on Mondays and staying open late on the 3rd Tuesday every month: https://www.rom.on.ca/en/visit-us/tickets-hours

Not sure how to feel about this but something tells me it will hurt their bottom line. Closing one day out of the week is not going to increase anyones profits.

Richard White said:
As of November 4th the ROM will be closing on Mondays and staying open late on the 3rd Tuesday every month: https://www.rom.on.ca/en/visit-us/tickets-hours

Not sure how to feel about this but something tells me it will hurt their bottom line. Closing one day out of the week is not going to increase anyones profits.
Click to expand...

Huh, I thought they have always closed on Mondays, just like the AGO.

Rascacielo said:
Huh, I thought they have always closed on Mondays, just like the AGO.
Click to expand...

No. They were open 7 days a week previously.

Richard White said:
No. They were open 7 days a week previously.
Click to expand...

The Uffizzi is closed Mondays. The Louvre is closed on Tuesdays. Most major museums across the globe are closed one day a week. Shouldn't be a big deal. 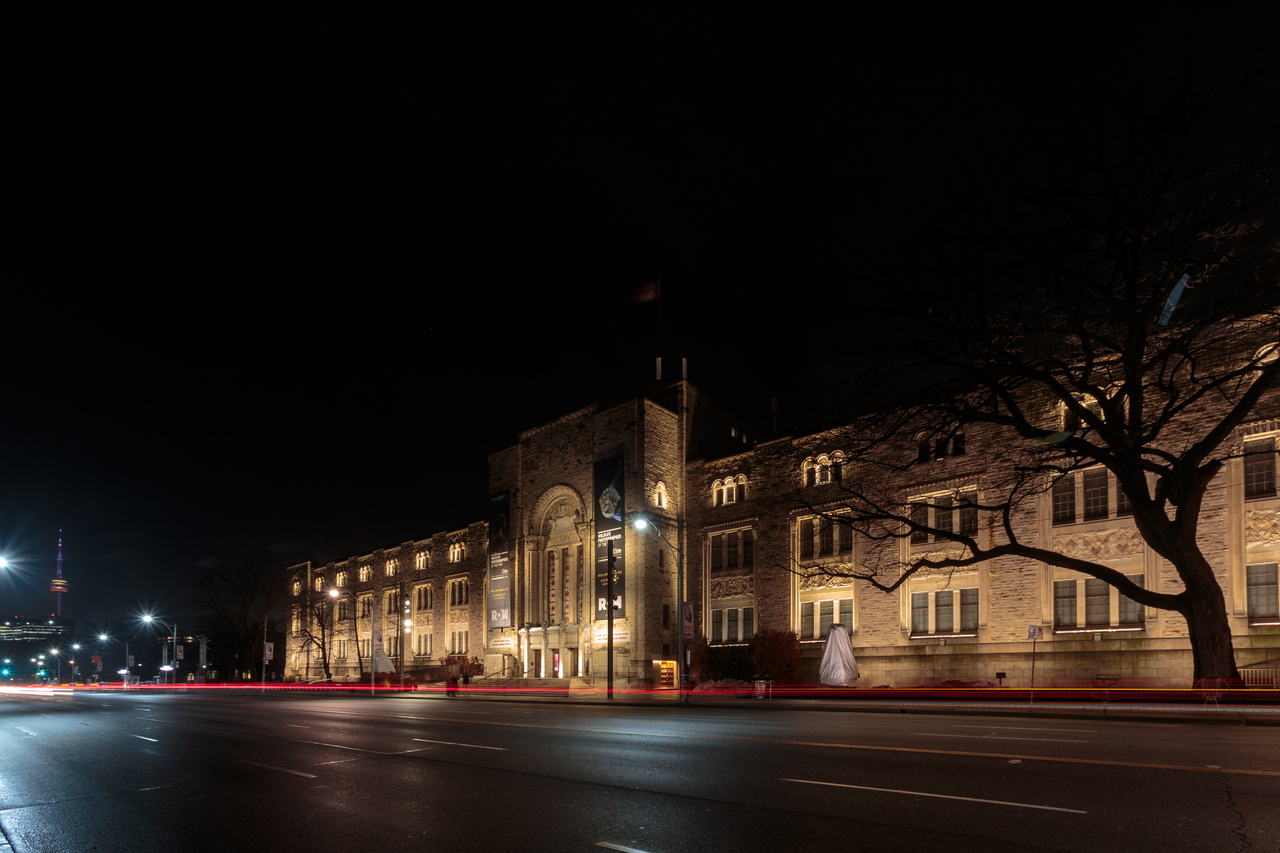 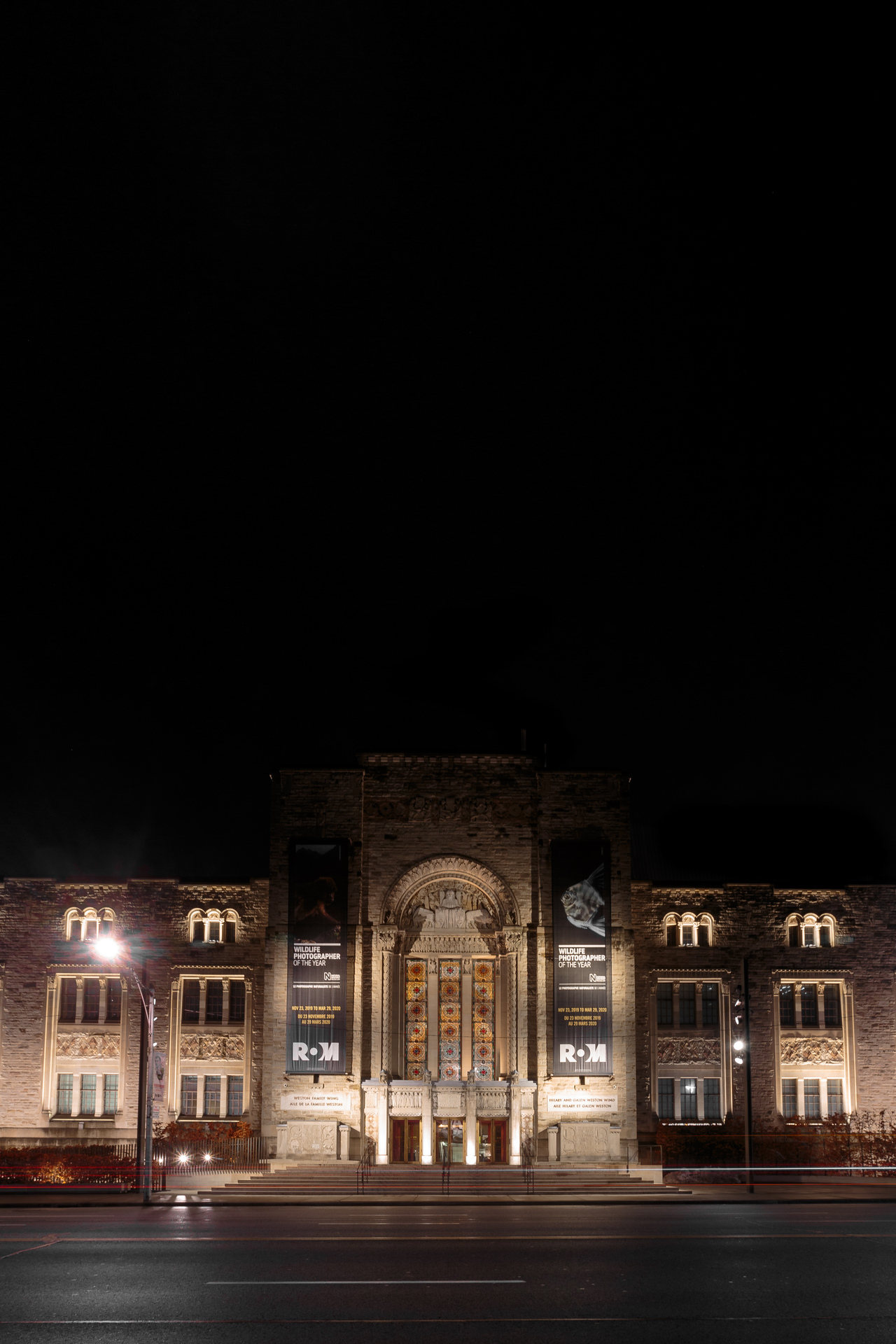 From the front entrance and the corner of Avenue & Bloor 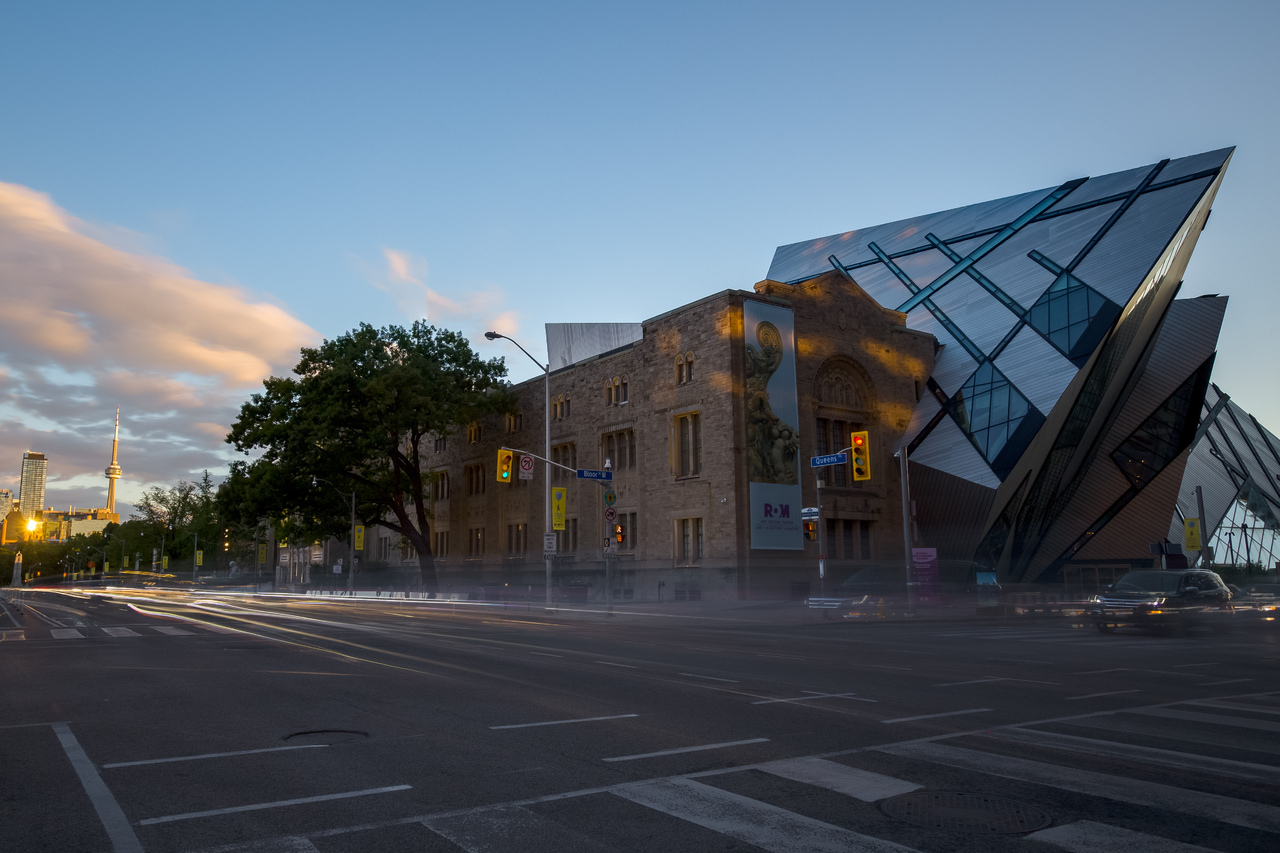 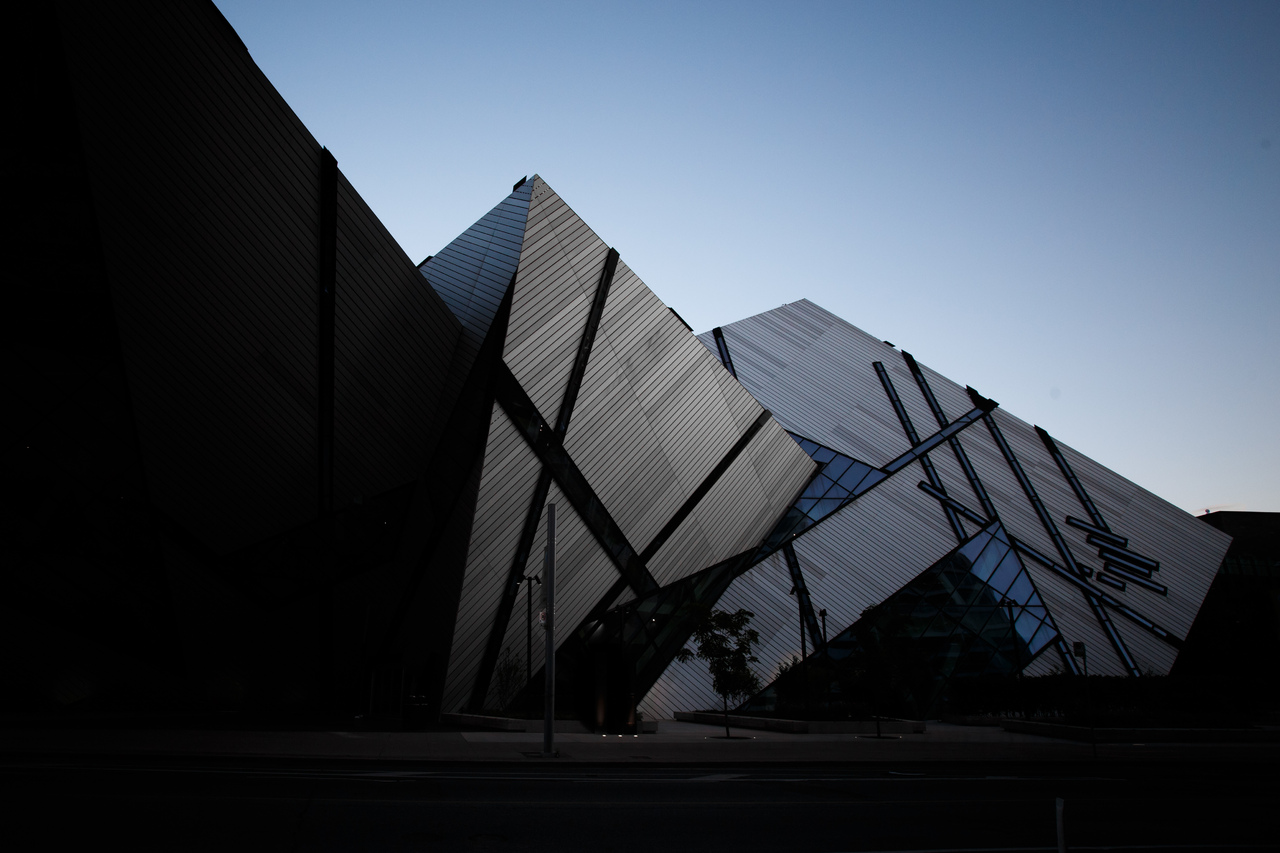 greg_cooke said:
From the front entrance and the corner of Avenue & Bloor

I was also in the area recently 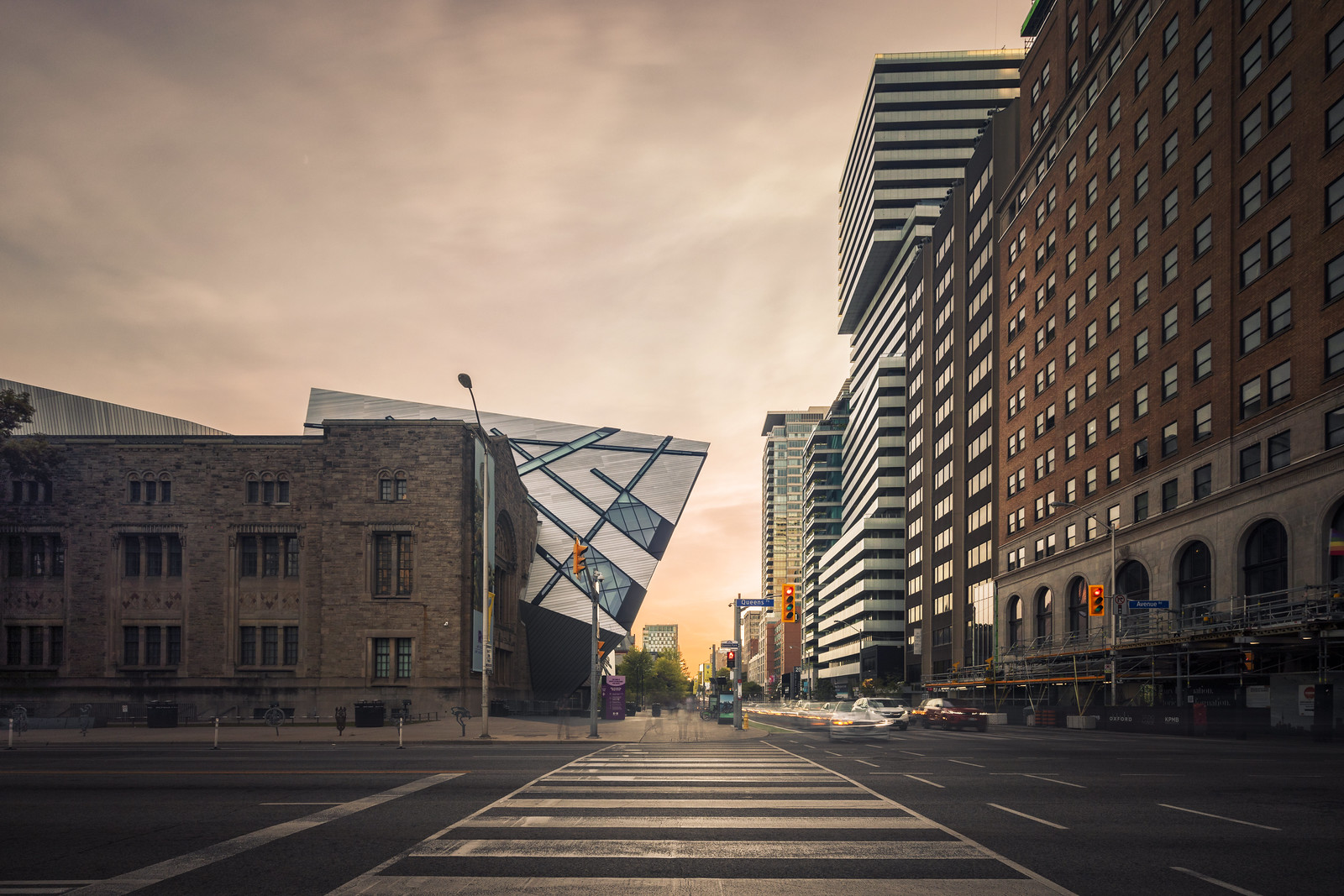 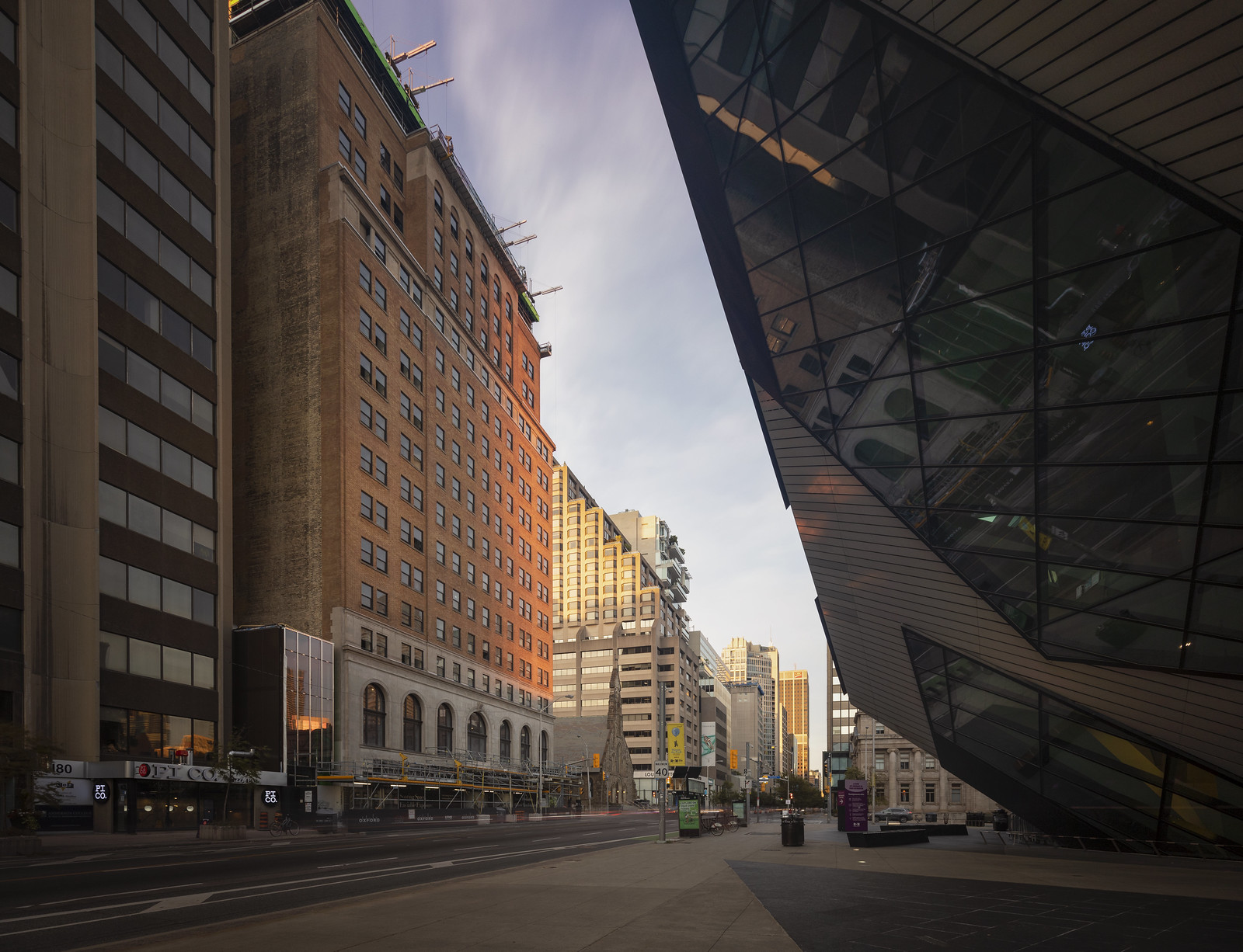 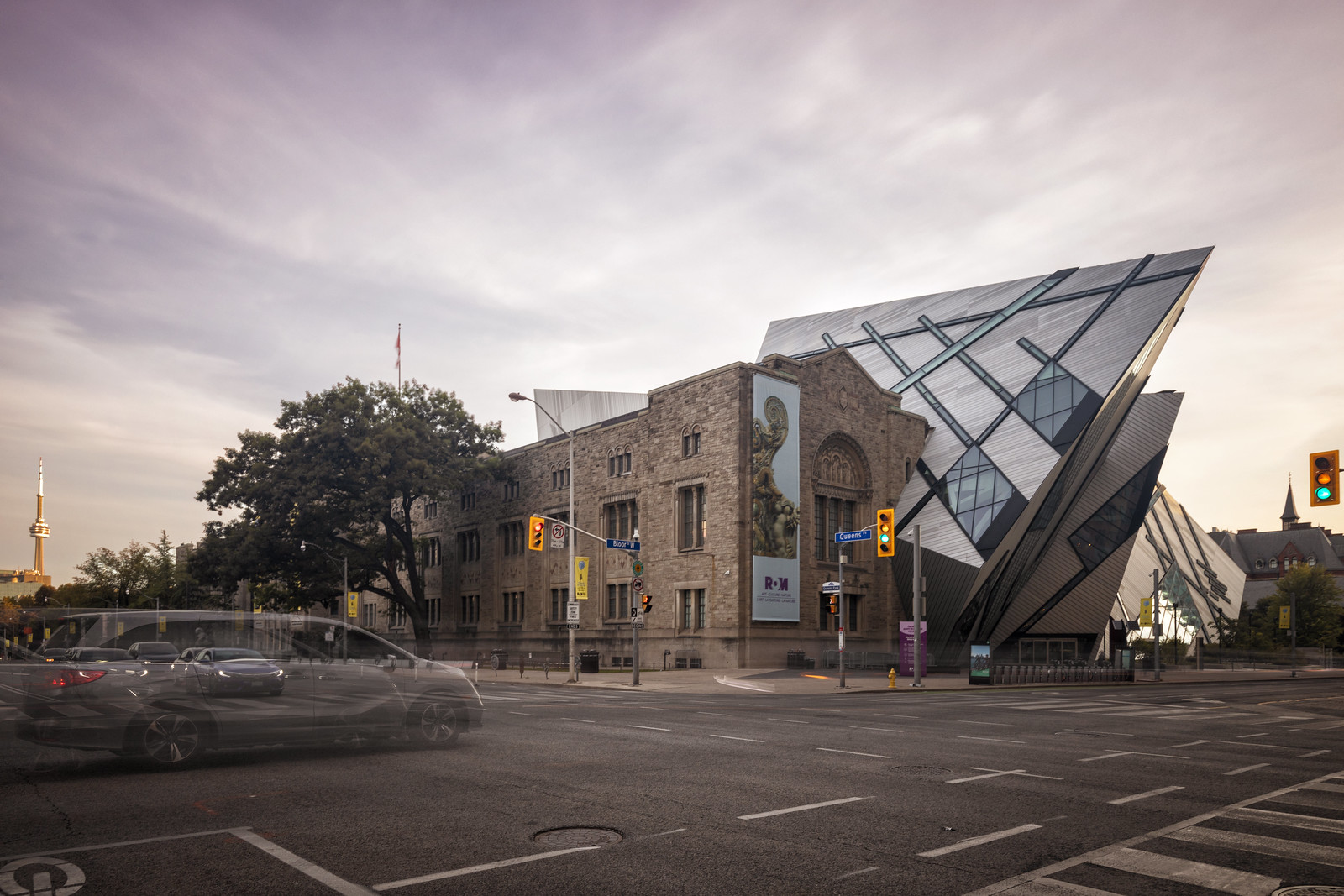 It’s a constant battle to keep Canada’s museums afloat. COVID-19 has made it worse

A lot can go wrong in a museum that’s been shut down. Moths can get into textiles. A change in temperature or humidity can make mummies leak fluids.

Museums in the U.S., Canada and Australia have reported break-ins — a Van Gogh was stolen from a Dutch art museum in March after it was closed due to the COVID-19 pandemic.

But the biggest problem by far has been the drop in revenue from admissions, museum boutique sales and donations during the shutdown that is putting museums worldwide at risk of failure.

Canadian museums are reeling from the impact of the COVID-19 shutdown and need both emergency and permanent funding if they are to survive, according to a brief prepared for the federal government.

The budget submission from the Canadian Museums Association (CMA) recommends that the 2021 federal budget extend and increase emergency support to museums and that permanent funding be increased to at least $60 million a year.

The CMA says there are 2,700 museums, cultural heritage and science centres in the country, that together welcome an estimated 30 million visitors annually.

“Canada’s over 30-year old national museum policy is woefully out of date; funding levels for museums are at lower levels than they were in the 1970s; and our museums have been tremendously hard hit by the pandemic — some are likely to close their doors permanently as a result,” according to the brief.

It points to the fact that the federal museum funding program has been declining in value since being introduced in 1972. In 1977, funding reached its highest level — $15 million, equal to $63 million today, when adjusted for inflation.

Earlier this year, a pandemic emergency fund of $500 million was dedicated to culture, heritage and sport, with $53 million for museums.

While the CMA’s spokesperson, Rebecca MacKenzie, said the sector is grateful for the emergency funding it has received, it’s not enough.

“The proportion of the emergency fund allocated to museums is insufficient given the massive revenue losses museums are experiencing, which threaten their very existence,” she said.

She points to reports from UNESCO and International Council of Museums that suggest one in eight museums globally will not survive the pandemic. The American Alliance of Museums suggests one in three will close permanently.

Many museums in Canada have not been able to open this summer, MacKenzie said. Those that have reopened are dealing with decreased tourism. Spring and summer fundraising events have had to be cancelled.

Another concern is the safety of collections under increased measures of sanitation — that cleaning agents could damage historical artefacts.

Recent CMA research found that Canada gains nearly $8.6 billion a year in economic benefits, in addition to a myriad of social advantages, from non-profit galleries, libraries, archives and museums.

“Arguably, museums would be in a better position to survive the pandemic with a more modern policy and adequate funding levels,” said MacKenzie.

The financial toll of the shutdown is beginning to show. The Glenbow Museum in Calgary announced in July it was laying off 27 staff. While the ROM has reopened to the public and recalled some staff — in particular those dealing with the public, only 11 collections staff are back at work, at 80 per cent, out of 33 technicians and conservators, according to OPSEU.

“Collections technicians, in particular, have been unable to care for our important collections and being separated from this work has led to them feeling deep concern for the state of the objects,” according to OPSEU, which has been advocating for collections staff to be brought back.

Most museums around the world were closed in April due to the COVID-19 pandemic, according to a recent report from the International Council of Museums (ICM), which conducted a worldwide survey on the impact of the shutdown.

It estimates that one in 10 museums worldwide may be forced to close permanently.
Click to expand...

There were also concerns that museum collections may be at risk — 17.5 per cent of North American respondents to the survey expressed concern that environmental conditions could affect the conservation of collections.

Pests can move in even when a museum is fully staffed — the ROM detected two minor pest incidents in a small number of objects in the textiles collection even before the museum was closed due to COVID-19, according to Bailey.

Both the ROM and the Art Gallery of Ontario say they have continued to safeguard their collections, using wireless monitoring and regular checks by security personnel, as well as museum professionals.

Delicate artworks have been carefully stored. At the AGO, Tim Whiten’s “Metamorphosis,” about birth and re-birth, was taken apart, the bearskin sealed in polyethylene and stored in the in-house freezer to kill pests. Eggshells that are part of the exhibit were cleaned.

At Toronto’s Museum of Contemporary Art, revenues will not meet targets set this year, according to a spokesperson.

The museum had to close critically acclaimed and site-specific exhibitions by Canadian and international artists that had only been on view for about five weeks when COVID-19 struck.

The museum reopened in July with required advance timed ticketing to allow for physical distancing for staff and visitors and new, health, procedural and cleaning protocols.

“We also incurred significant expenses in preparing the museum to welcome the public in the safest way possible — increased cleaning, sanitation, and also new wayfinding,” according to MOCA.

Other museums have been able to better weather the storm.

“It’s really the first time ever that I have been grateful we have such a small staff,” said Elizabeth Semmelhack, creative director and senior curator of the Bata Shoe Museum in Toronto.

“I think we were able to respond quite rapidly and flexibly.”

She said the museum was built specifically to house the collection and they were able to leave everything as it was. They just shut out the lights.

“As any conservator will let you know, you want to keep artefacts in darkness, and that’s why artefact storage, you keep the lights off. If anything, the artefacts are maybe even a little happier,” said Semmelhack.
Click to expand...

Still planning the dinosaur statue/sculpture at the corner of Bloor and Avenue? 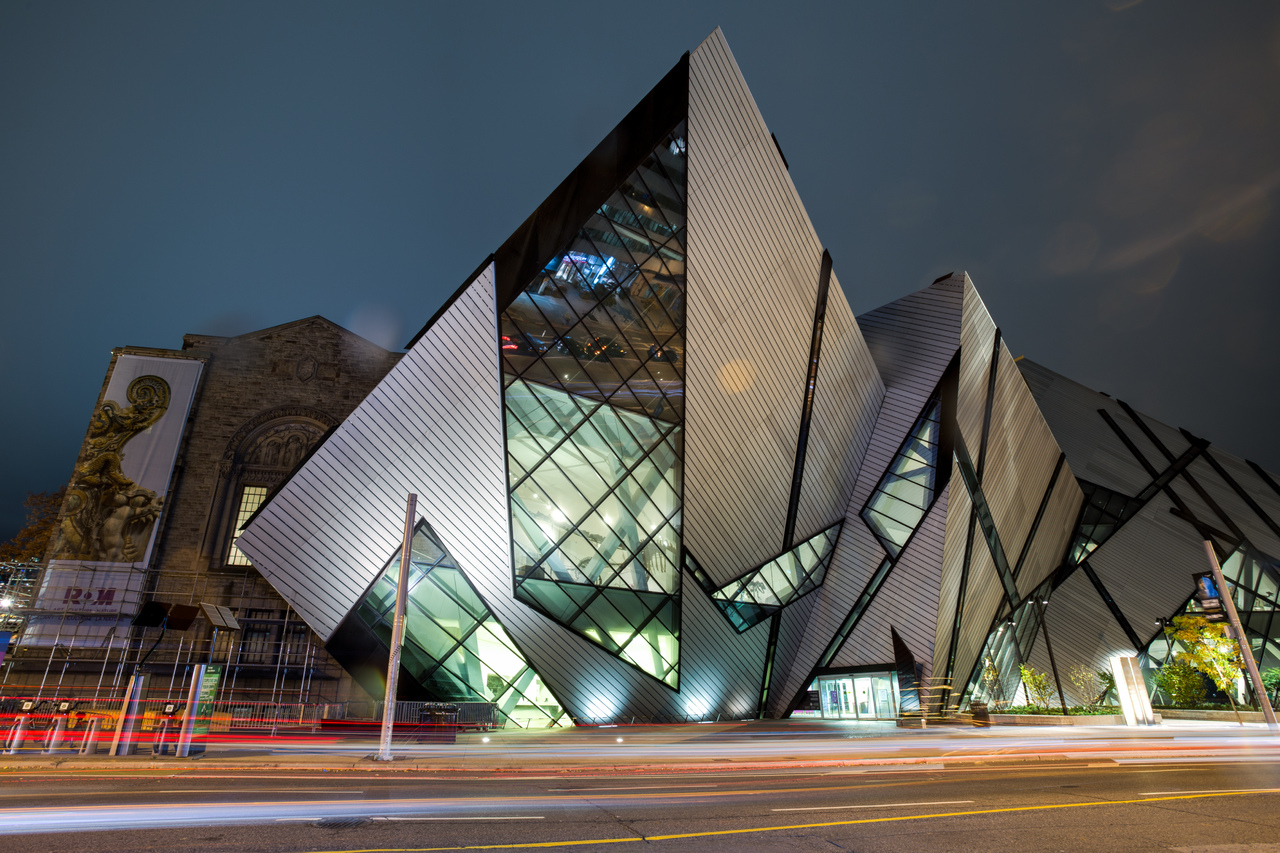 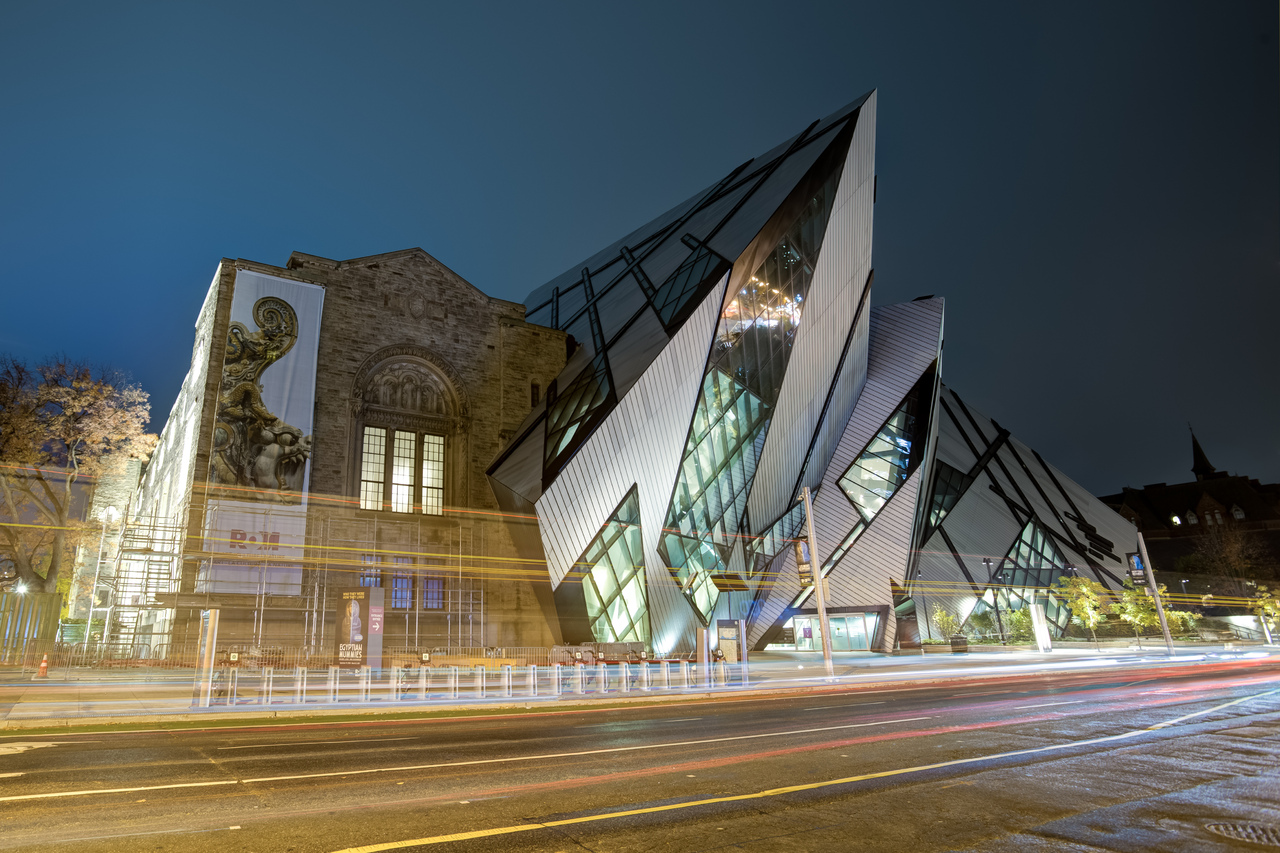