Signs can indeed make a difference. A good example for comparison is the Royal York as opposed to the Hotel Vancouver. Although built to different sizes, both hotels are similar in appearance. I think it's safe to say we got the better half of the bargain.

From an email we received

Hey Urban Toronto. Our office just received this notification about a number of windows being replaced. As a result, the park next to the hotel/condo will be closed starting tomorrow. Not sure how many windows or what the problem is, but thought it might interest you... Here is the notice we just received:

The Ritz-Carlton Hotel on Wellington Street is replacing a number of windows on the south side of their building starting on Tuesday, July 30. As a result, Simcoe Park will be closed from 8:30 to 11:30 each morning, and 1:30 to 5 each afternoon until the work is completed, with metal fencing enclosing it on both the east and west side of the hotel, and security/police onsite to ensure safety for the public. The park will be open during lunch from 11:30 a.m. to 1:30 p.m. each day, and again after 5 p.m.
Click to expand...

Barriers are up around the park. I wonder if they are replacing under performing windows or of they are going to add windows that open. The lack of openable windows (in addition to a lack of balconies) has been stated as one of the weaknesses of this tower.
[SIGPIC][/SIGPIC]

Always liked this view of the Ritz behind the church that's named after the subway station. 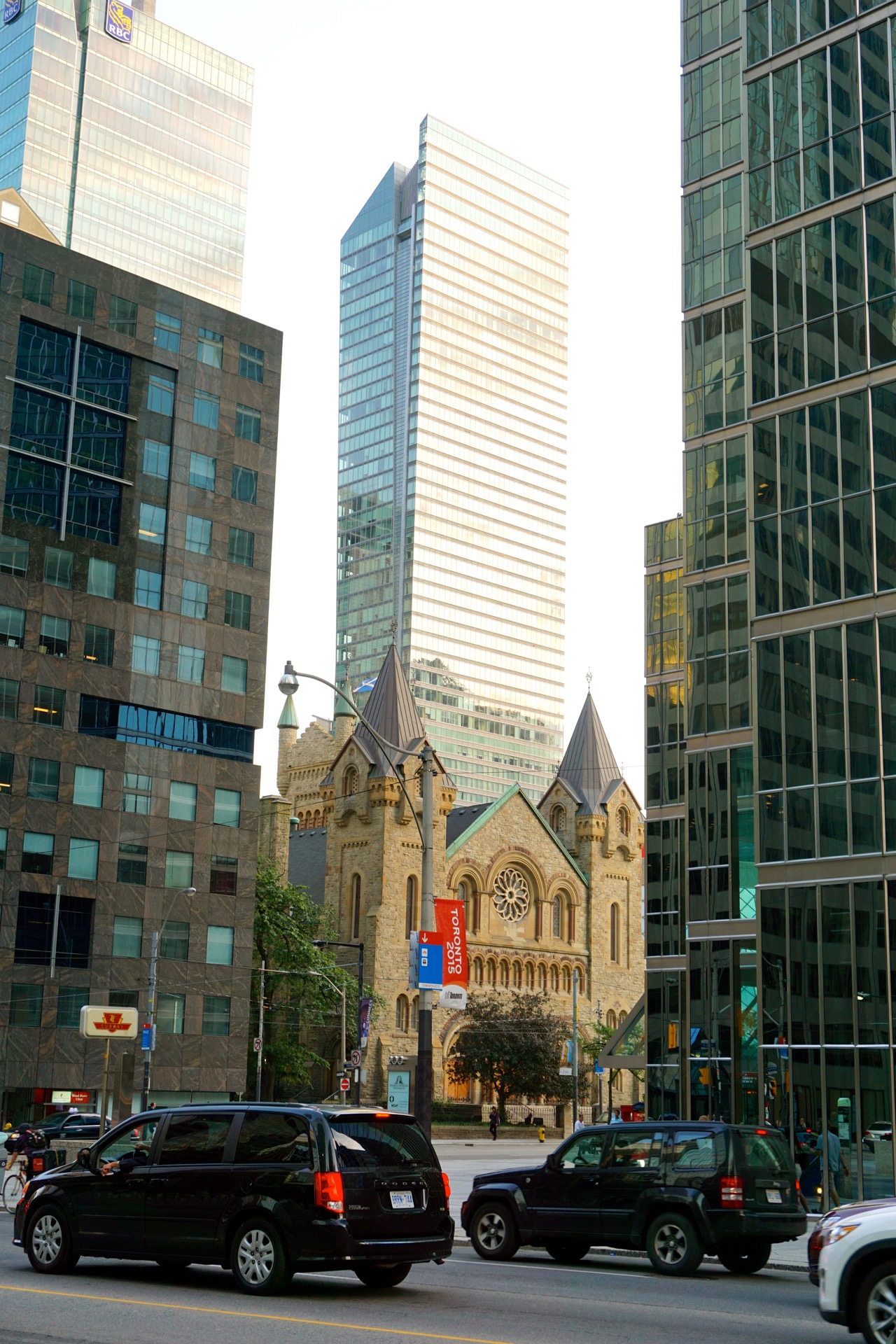 Is the subway station not named after the church? 87 years divide the completion of each project.
Twitter

I make the funny joke.

It's unlikely that 2 churches would be named after political divisions like wards. Parishes get their names from saints and holy figures either chosen by the early parish leaders or admired in the founding community.

Okay, here's a not-exactly-definitive but slightly fuller answer to the naming question.

In 1830 St. Andrew's Church started out at the southwest corner of Church and Adelaide Streets.

In 1861 the city was organized into seven wards all named after Saints. St. Andrew's Ward ran from Yonge to Strachan between King and Queen.

In 1876 the church moved to its current location at the southeast corner of King and Simcoe Streets—in St George's Ward. (That ward ran from Yonge to Strachan south of King.)

In 1891 the wards were completely reorganized and simply numbered.

In 1963 the University line opened. It ended at St. George Street and Bloor, so that station was being named after the English Saint. Other University line stations at King, Queen, Dundas, and College all needed names that located them while making them distinct from the Yonge line stations. Adding "West" to the name was not considered as far as I know, but of course "Dundas West" opened just three years later on the Bloor line. So, since the English had a subway station named after their patron saint, the Scots got St. Andrew at King and the Irish got St. Patrick at Dundas. (St. Patrick's Church at McCaul and Dundas is actually in the former St. Patrick's Ward.) The Welsh got nothing, nor did any other immigrant group from beyond the British Isles looking for a subway station named after their Saint.

Wow. Fascinating. Thanks i42!

Now, how on earth did you find that out?

I suppose I could have footnoted that. Some jumbled memory plus Toronto Ward history from http://toronto1861.blogspot.ca/2009/01/toronto-1860-1960-very-brief.html St. Andrew's church history from http://www.standrewstoronto.org/discover/history.html and https://en.wikipedia.org/wiki/St._Andrew's_Church_(Toronto)

Without references, it's hard to accept the (interesting) idea that the subway stations are named after saints to appease ethnic groups. St. George, for instance, simply follows the convention of using nearby streets for the station name. The other University line stations use nearby historic landmarks for their names--Osgoode Hall, Queen's Park and the Royal Ontario Museum. The churches of St. Andrew and St. Patrick fit that naming convention. 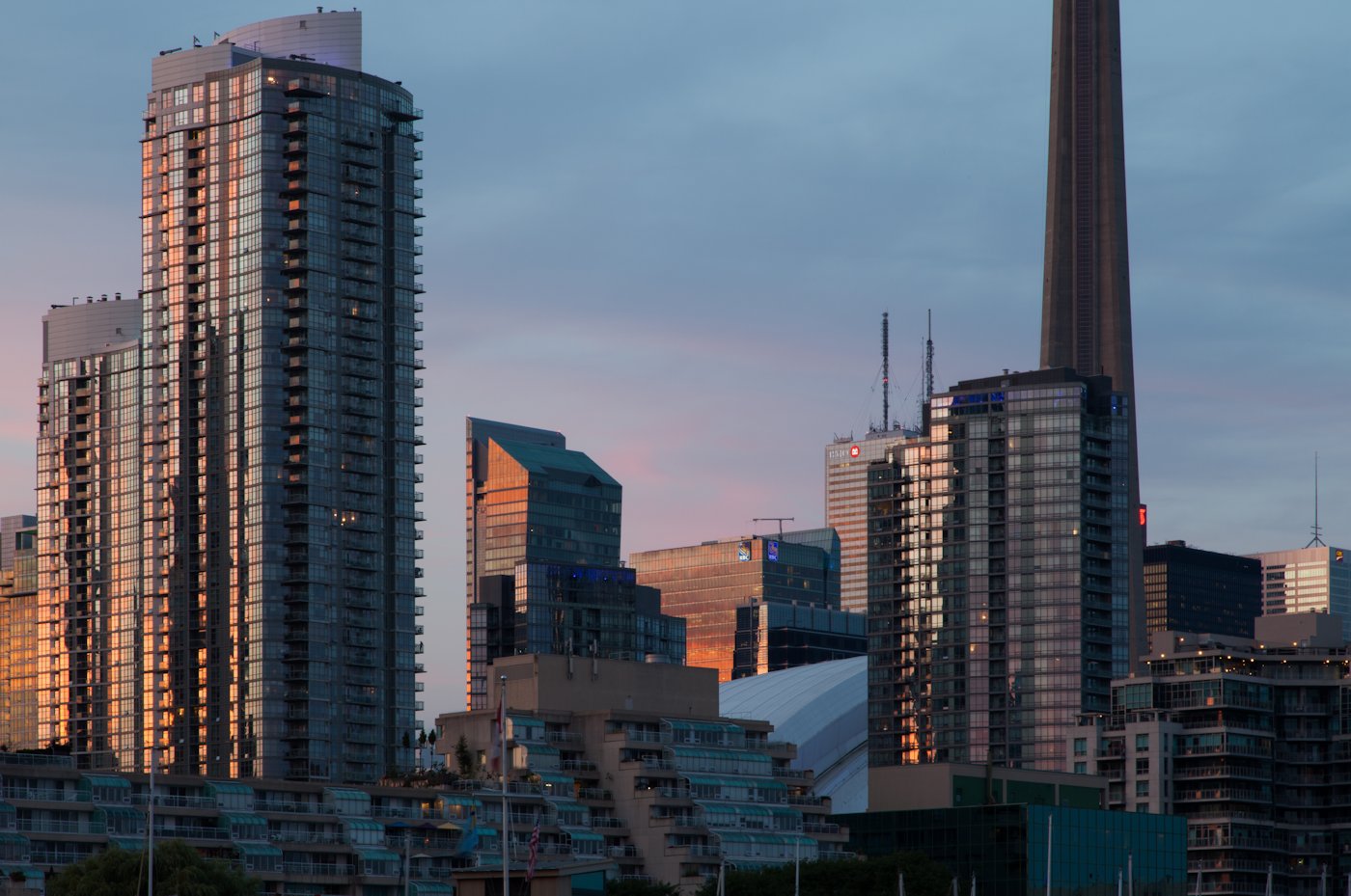