Rocky is tweeting about the welding of the bridge halves today.

I can see it from my balcony, but I need binoculars, so no photos. Hopefully Globalexpress or someone is able to get some for us!

evandyk said:
Rocky is tweeting about the welding of the bridge halves today.

And an shot of the weld itself - from Rocky:

A few phone shots from a recent site tour: 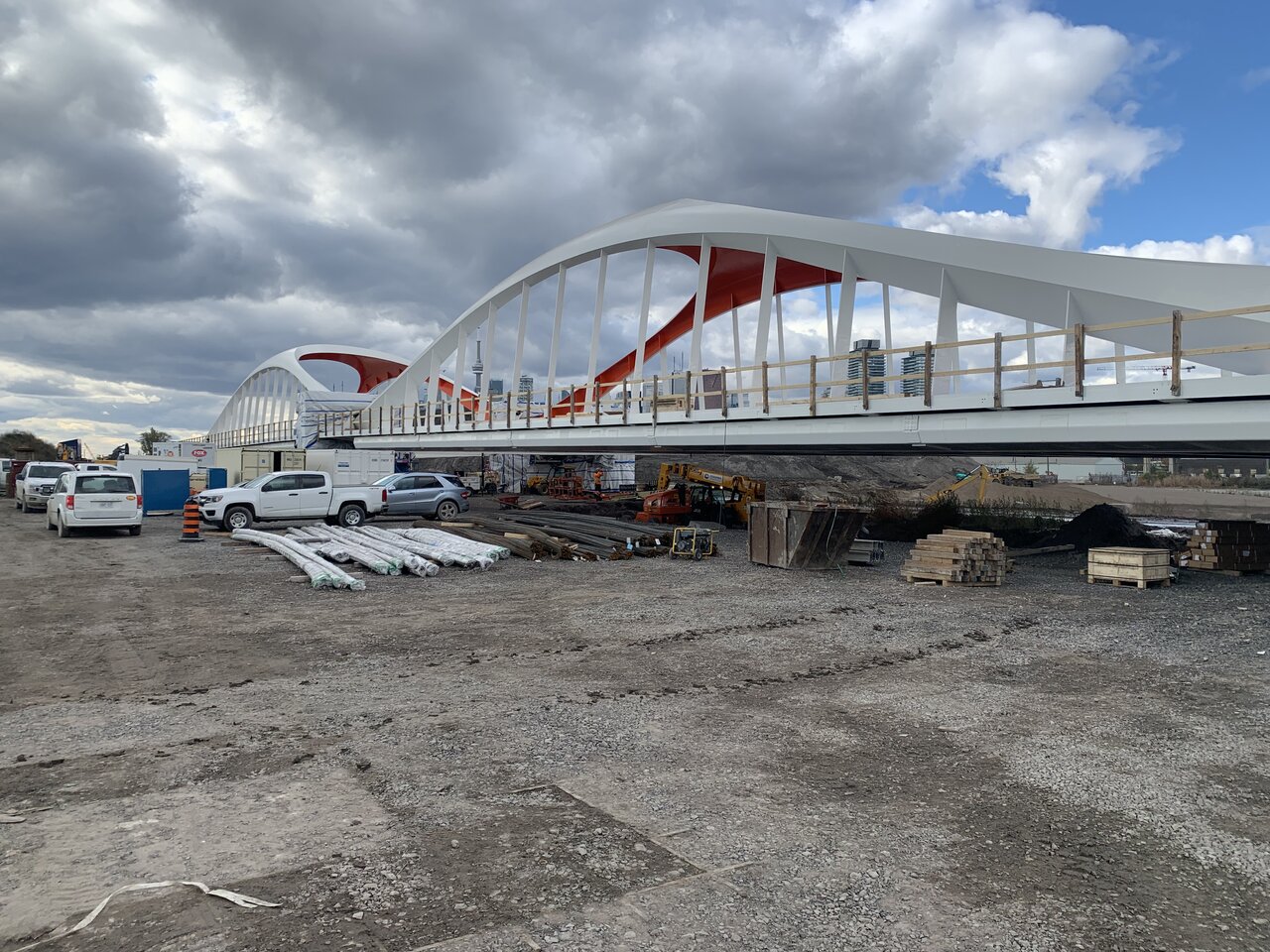 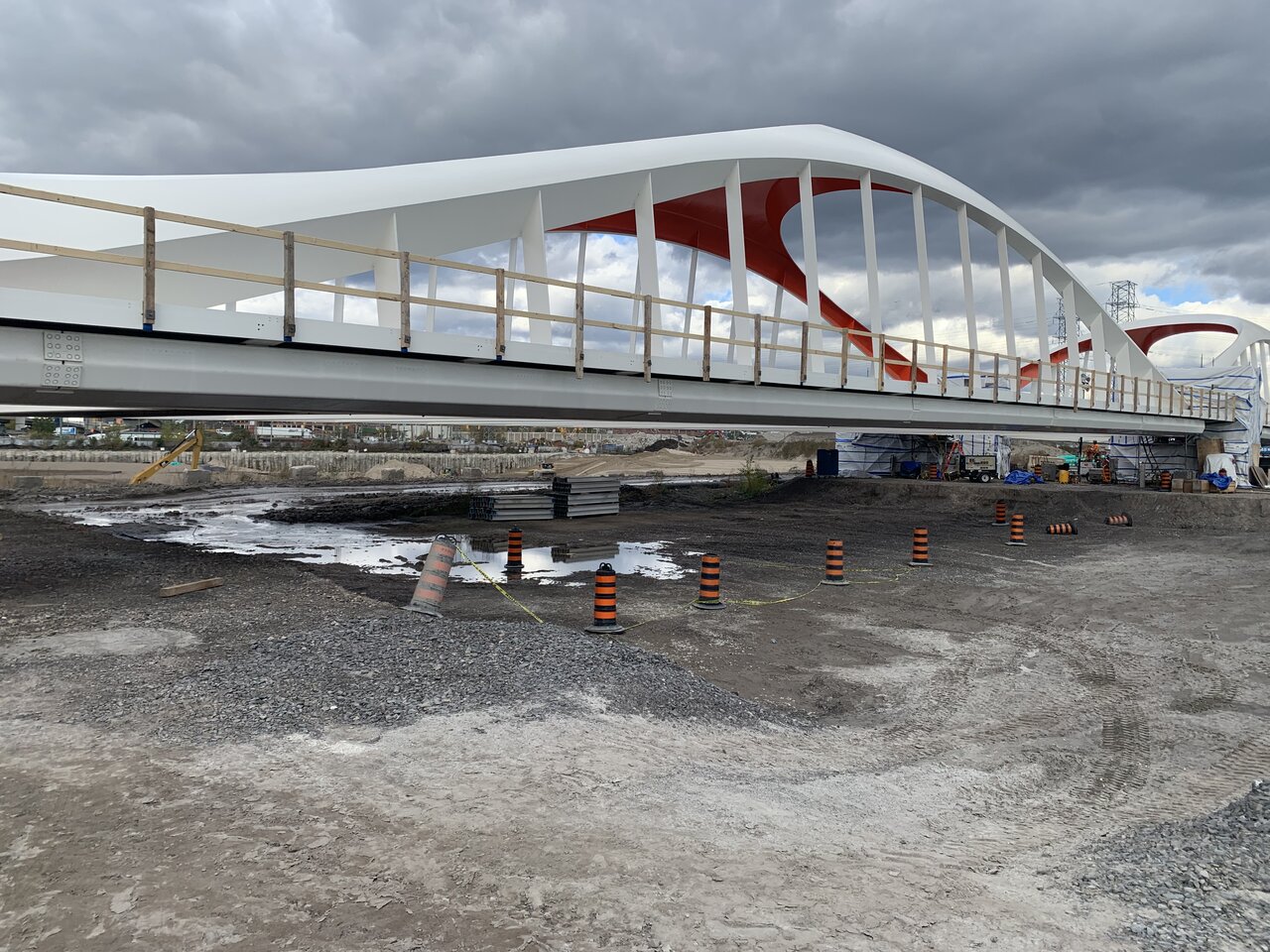 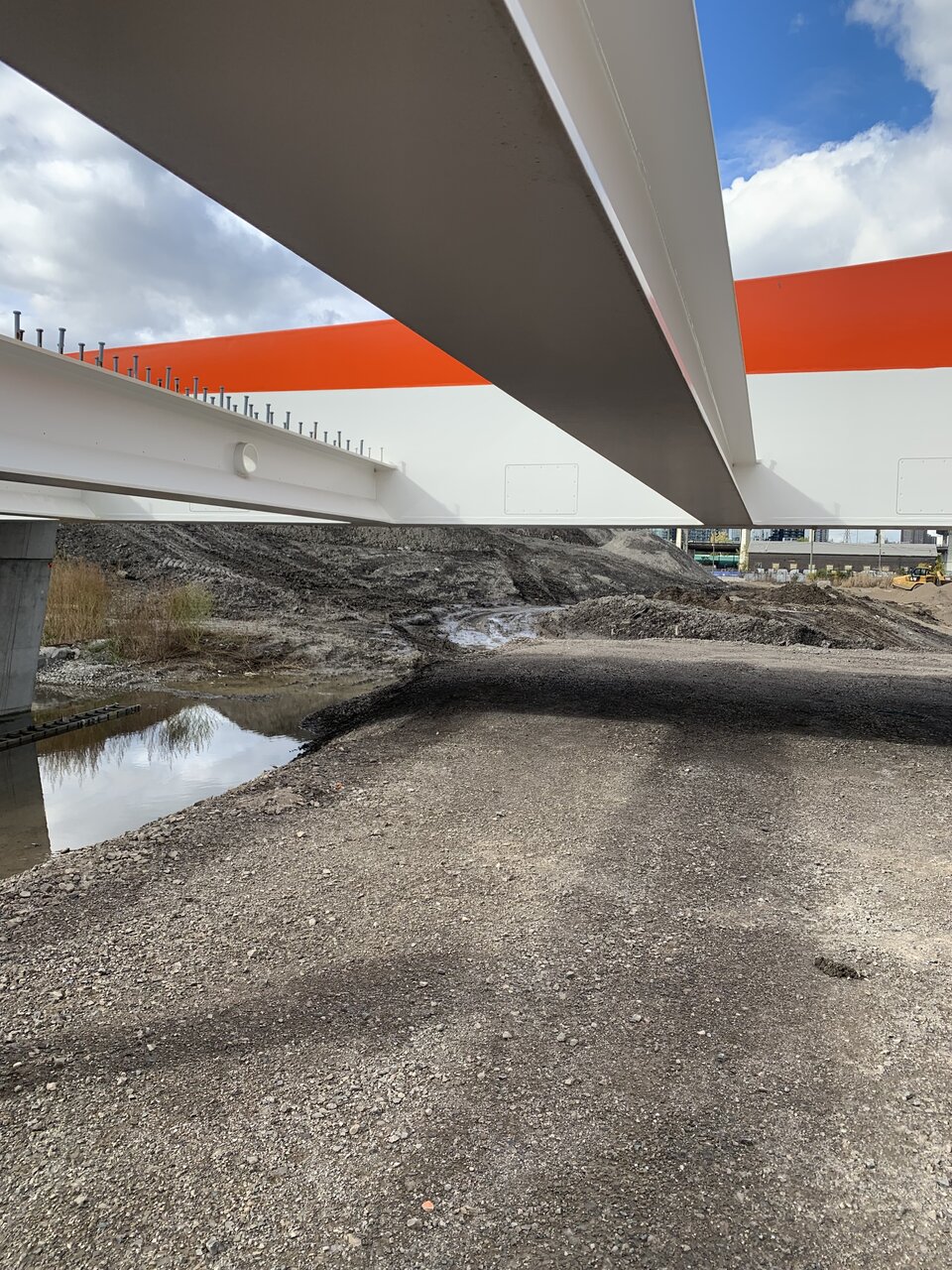 drum118 said:
The Shipping season is coming to a close and are we still to see the South Cherry St Road bridge delivery this year or has it been push down the road??

With the plan to push the LRT line to Polson Loop that requires an LRT bridge not budget to be built first and install before the road as it would be the cheapest option than trying to install the road bridge first. Items need to be fabricated in Europe first and ship to Halifax

If pushed down the road, it could delay opening the new Cherry St late next year.

If both bridges are shipped at the same time, it will speed up the insulation of them and doing the back filling for both bridges.
Click to expand...

I think the original schedule was that it would arrive in November but your point about the suggested LRT bridge is well made. However, no decision has yet been made on that possible extension/terminus of the QQE LRT line and there are no $$ set aside for it. Also, even if an LRT bridge were ordered tomorrow it would not get here for MANY MANY months. In addition, the building of the concrete bridge supports would, I think, be far easier to do before the new Don River channel is opened up. In short, I doubt that things will be put on hold for the LRT bridge and IF it is ever approved it will need to be installed over water. Though I think that extending the LT down Cherry to just south of the new Don River is a good idea, I really doubt it will happen - though I suppose they could squeeze a loop in NORTH of the new river.

Here is the 'bridge schedule' from the Sept 2021 meeting of FARM;

I guess that's why they're painted inside the way they are to prevent/slow down sunlight erosion.
Quadruple "A" geek: Architecture, Azeroth, Anime, Aphex Twin.
P

will this bridge have a twin ?

poop said:
will this bridge have a twin ?
Click to expand...

If you mean the Cherry South Bridge (the one supposedly arriving this fall) the answer is "maybe". Currently only the one due now is planned but there are now discussions of bringing the QQE LRT south on the new Cherry Street to a loop just north of the Ship Channel. If you mean the Commissioners St Bridge the answer is "eventually", if (or when?) the LRT is brought along Commissioners to link to the Leslie Street barns.

They better use this amazing design for the new LRT bridges!

...using yoga pretzel techniques, I could have done that myself. Although, I suspect they would have to carry me out on stretcher stuck in that position.
Quadruple "A" geek: Architecture, Azeroth, Anime, Aphex Twin.

Puente de Luz didn't fade. The faded yellow colour was an intentional choice by the artist. It's been like that since it was built.

Tuscani01 said:
Puente de Luz didn't fade. The faded yellow colour was an intentional choice by the artist. It's been like that since it was built.
Click to expand...

You sure about that? I thought the yellow - while not super intense - was hot the yellowish white that it is now.