Hi everyone, I just discovered this site. Amazing info so far.

Wondering if anyone has heard anything further from the developer regarding occupancy or closing?
D

When walking by I can see that the kitchens are installed up to the second floor. Can’t see any higher. Our move in date has stayed the same (August 22). Hopefully it doesn’t move. I’m getting impatient 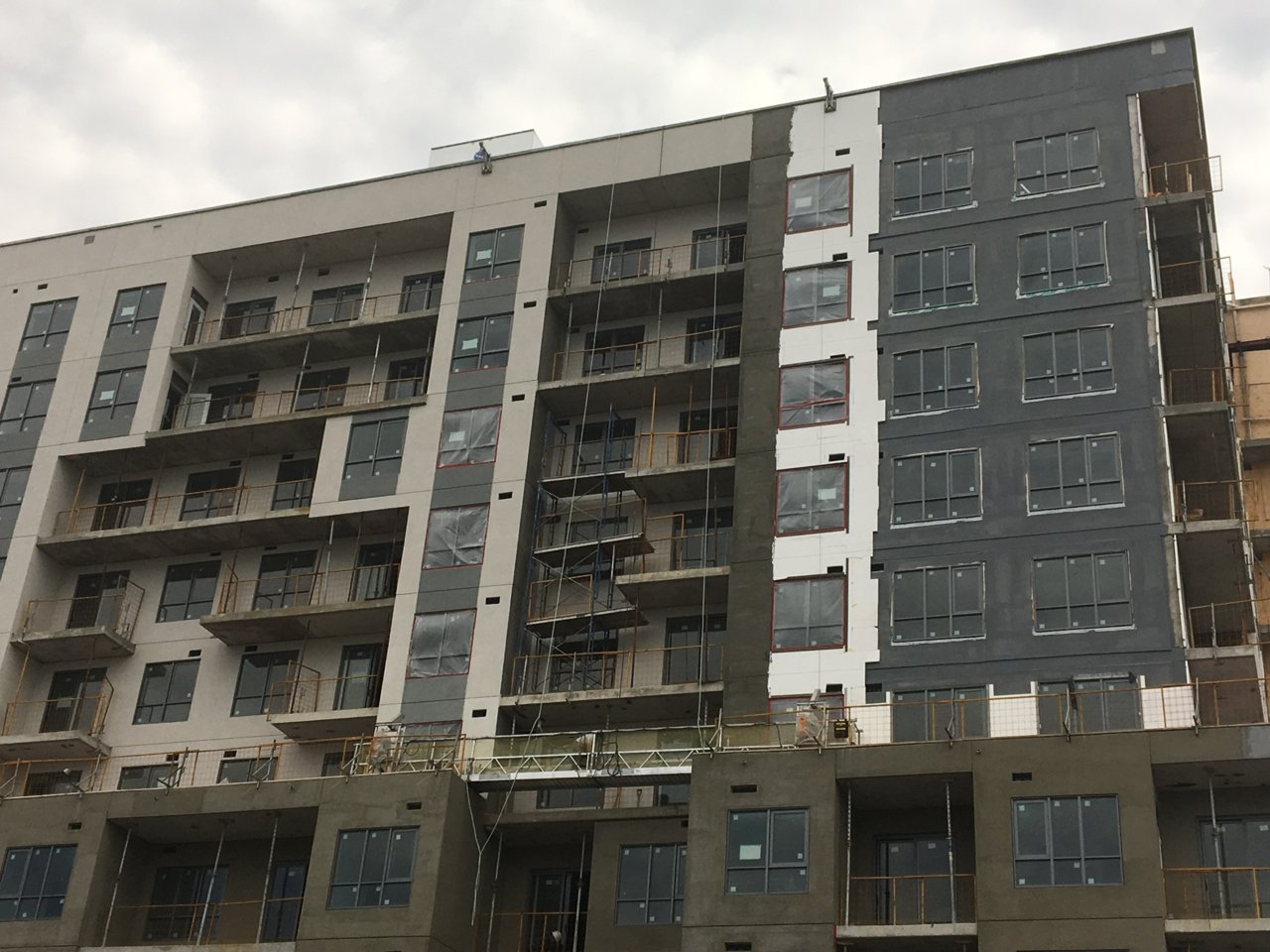 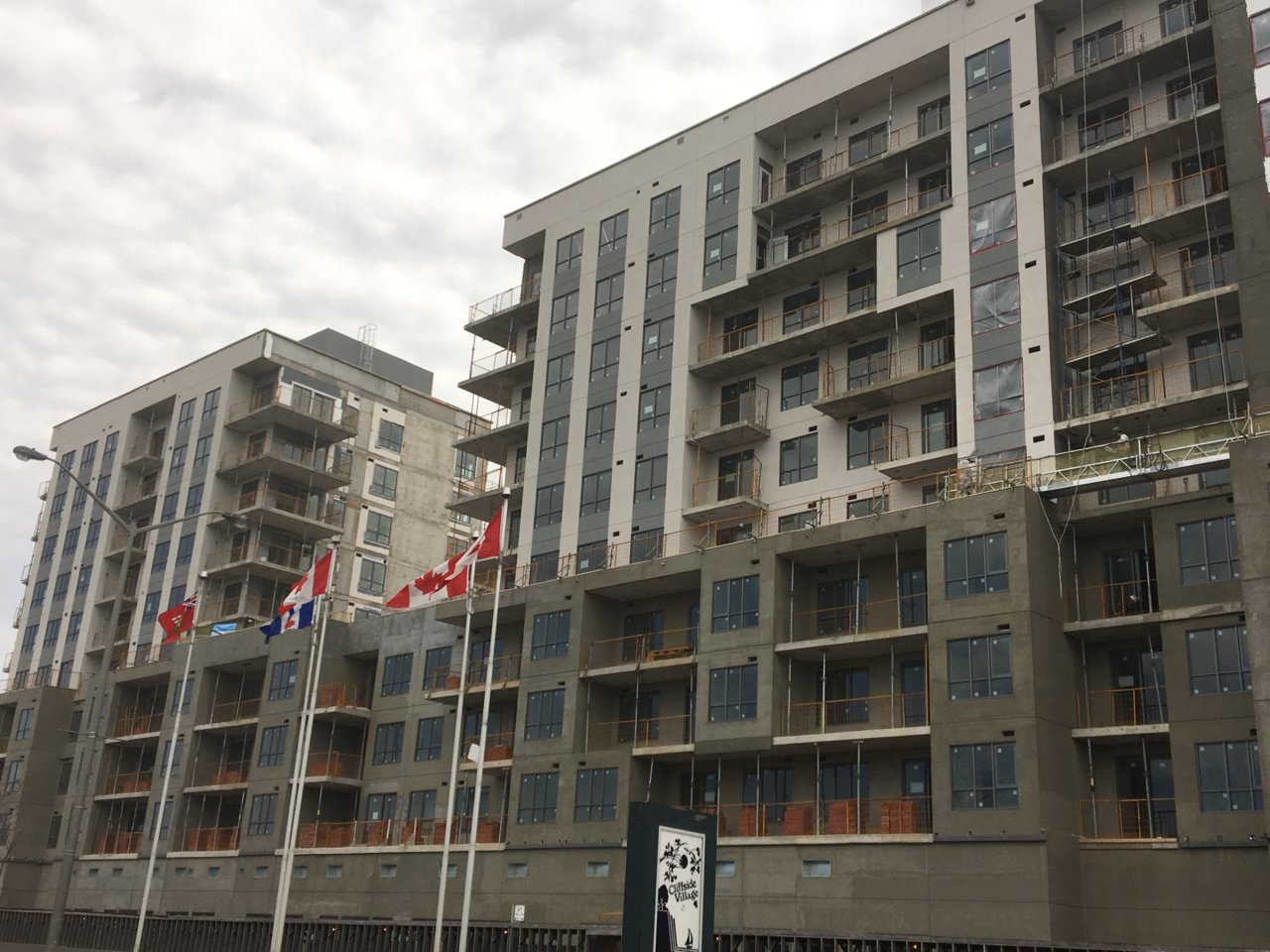 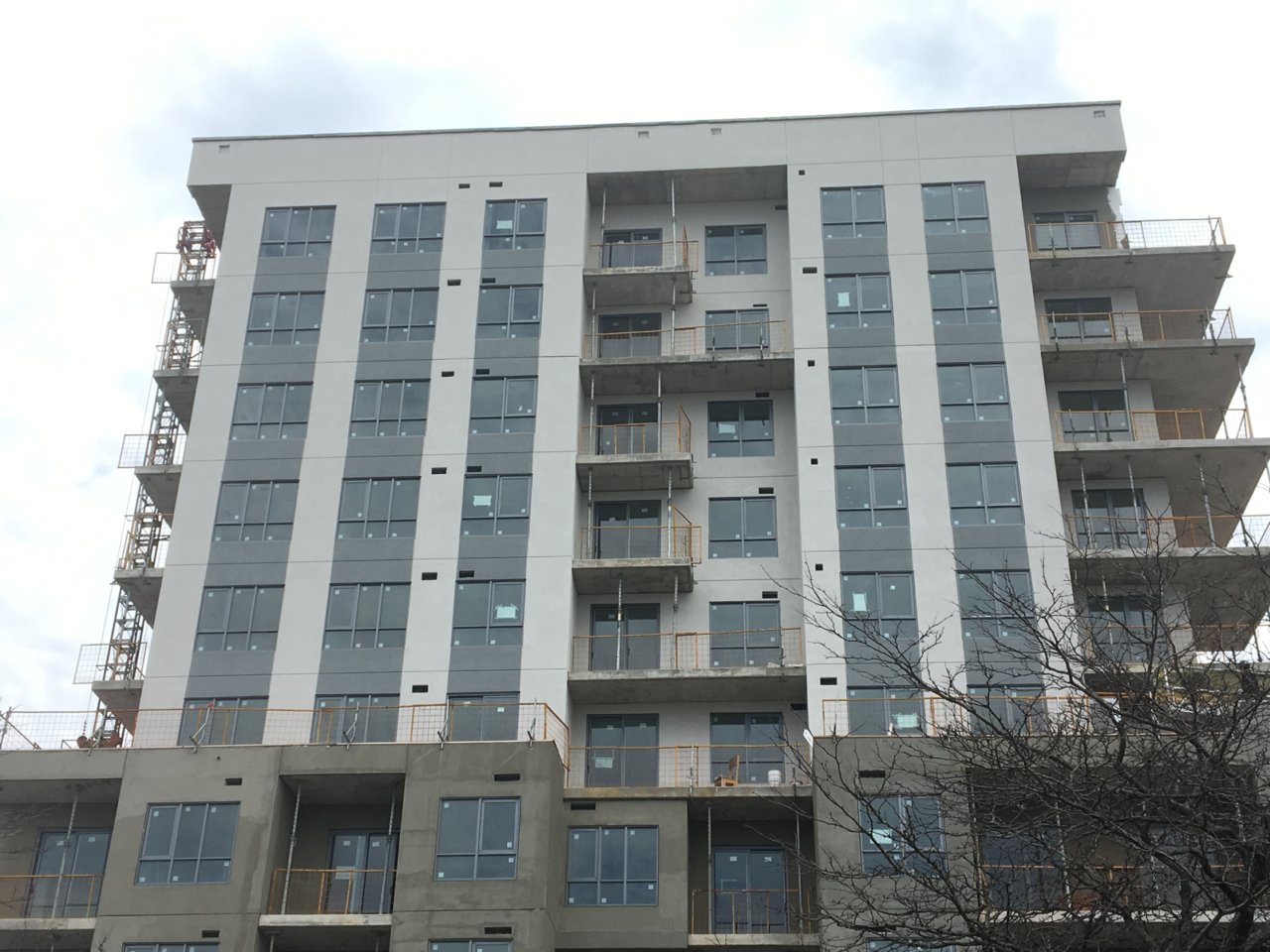 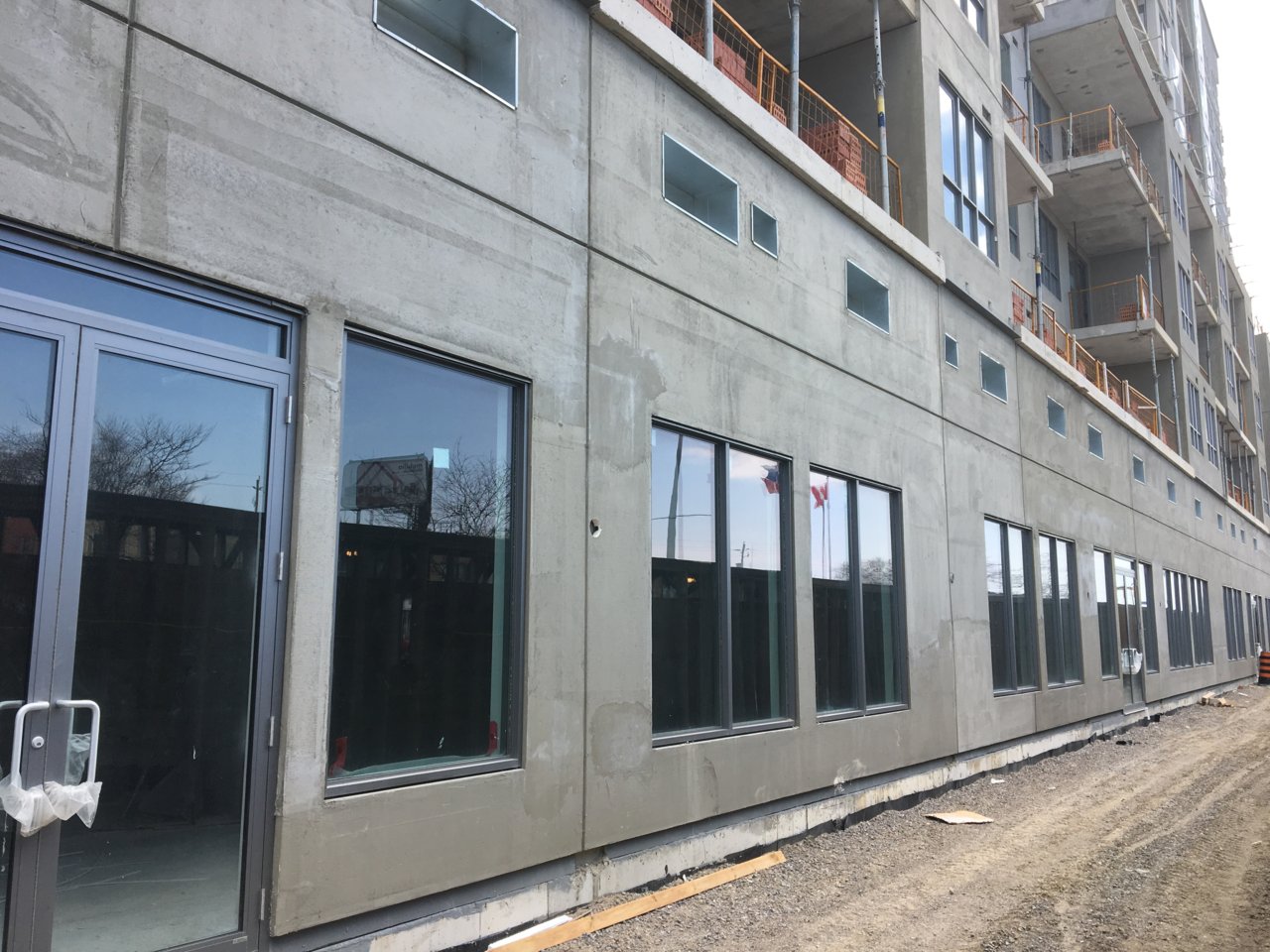 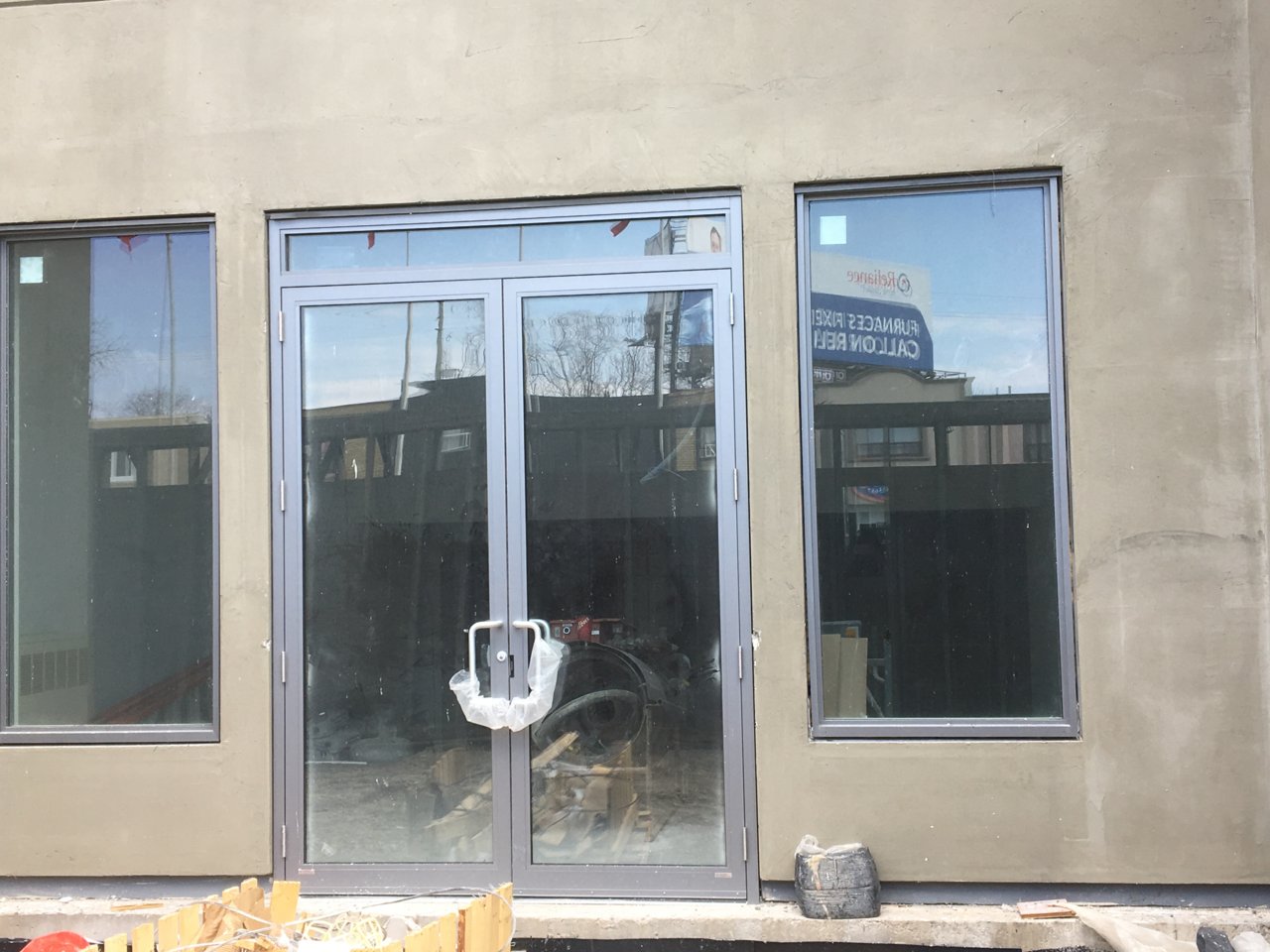 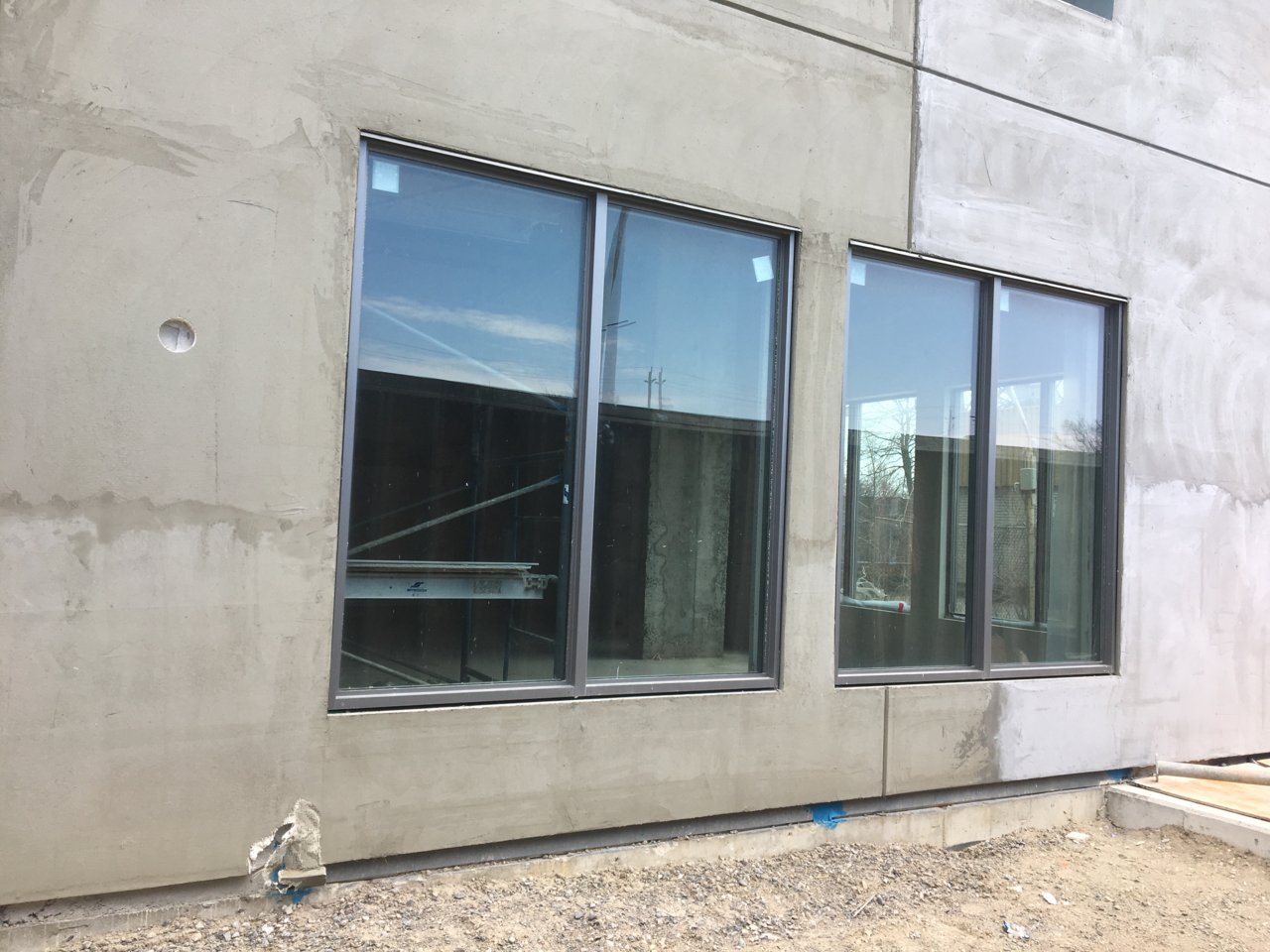 Glad you posted those pics cuz I didn’t have time to take any, but your pics show it.

If you look closely there are bricks piled up in some of the balconies. It looks like they’ll be starting to do the outer brick layer soon.
W 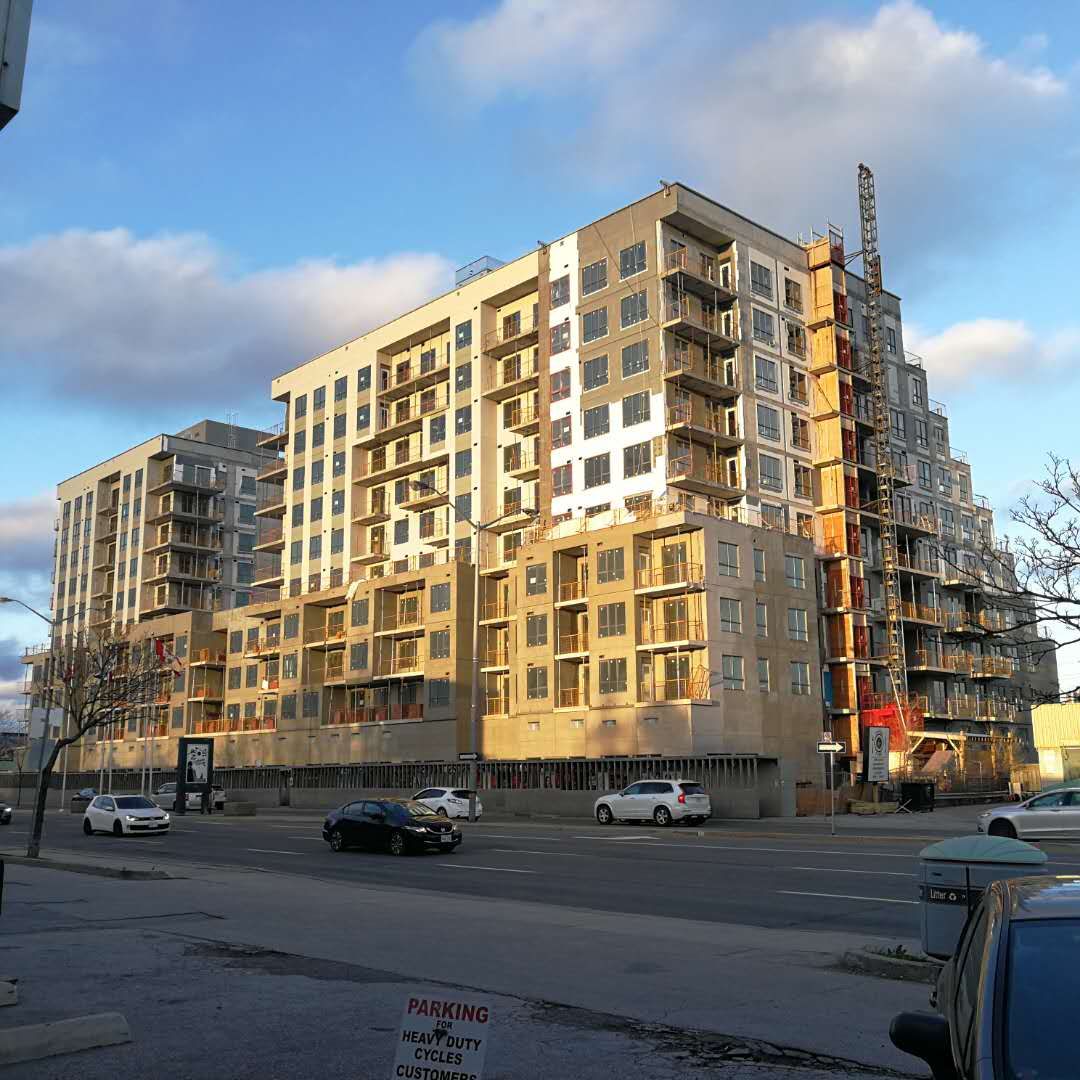 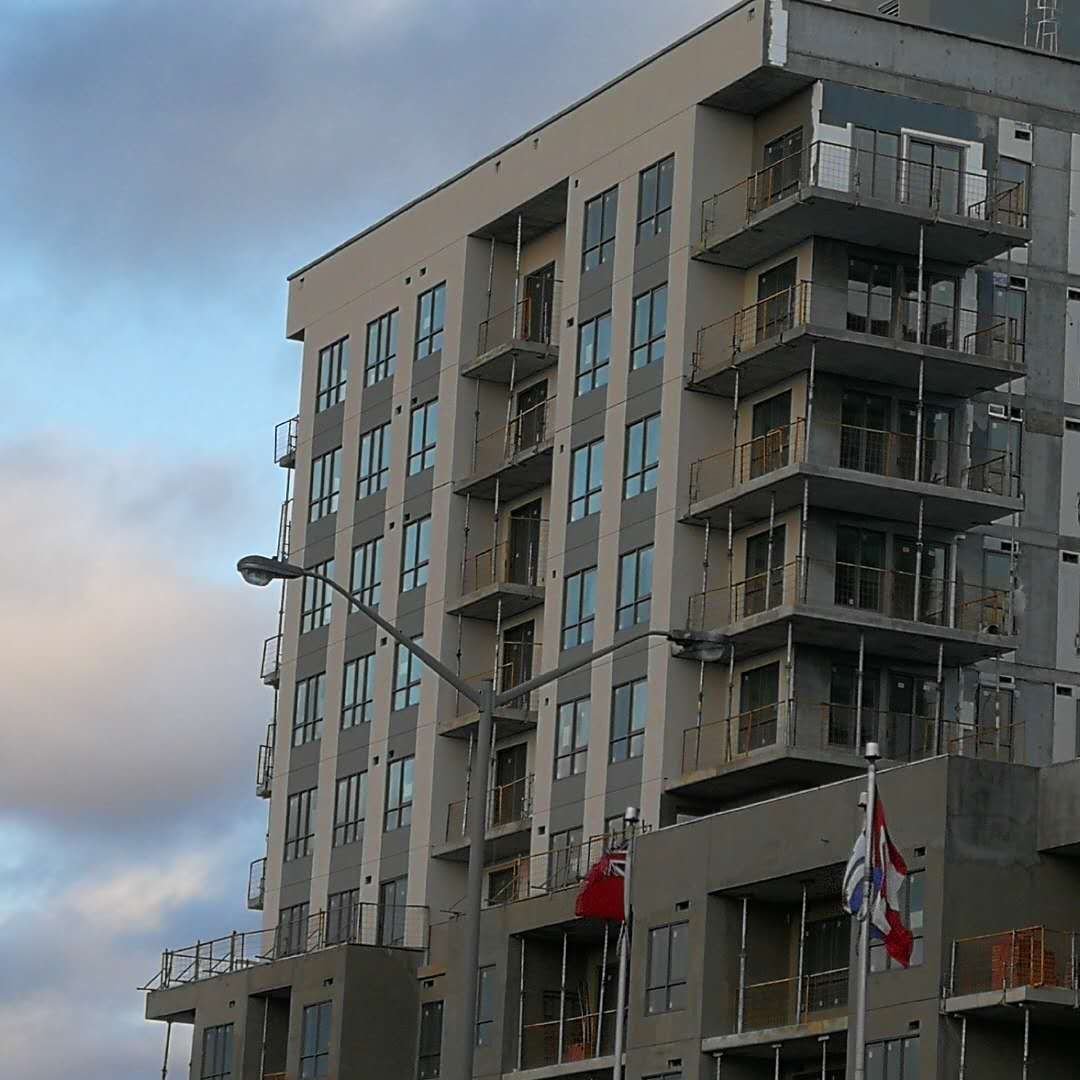 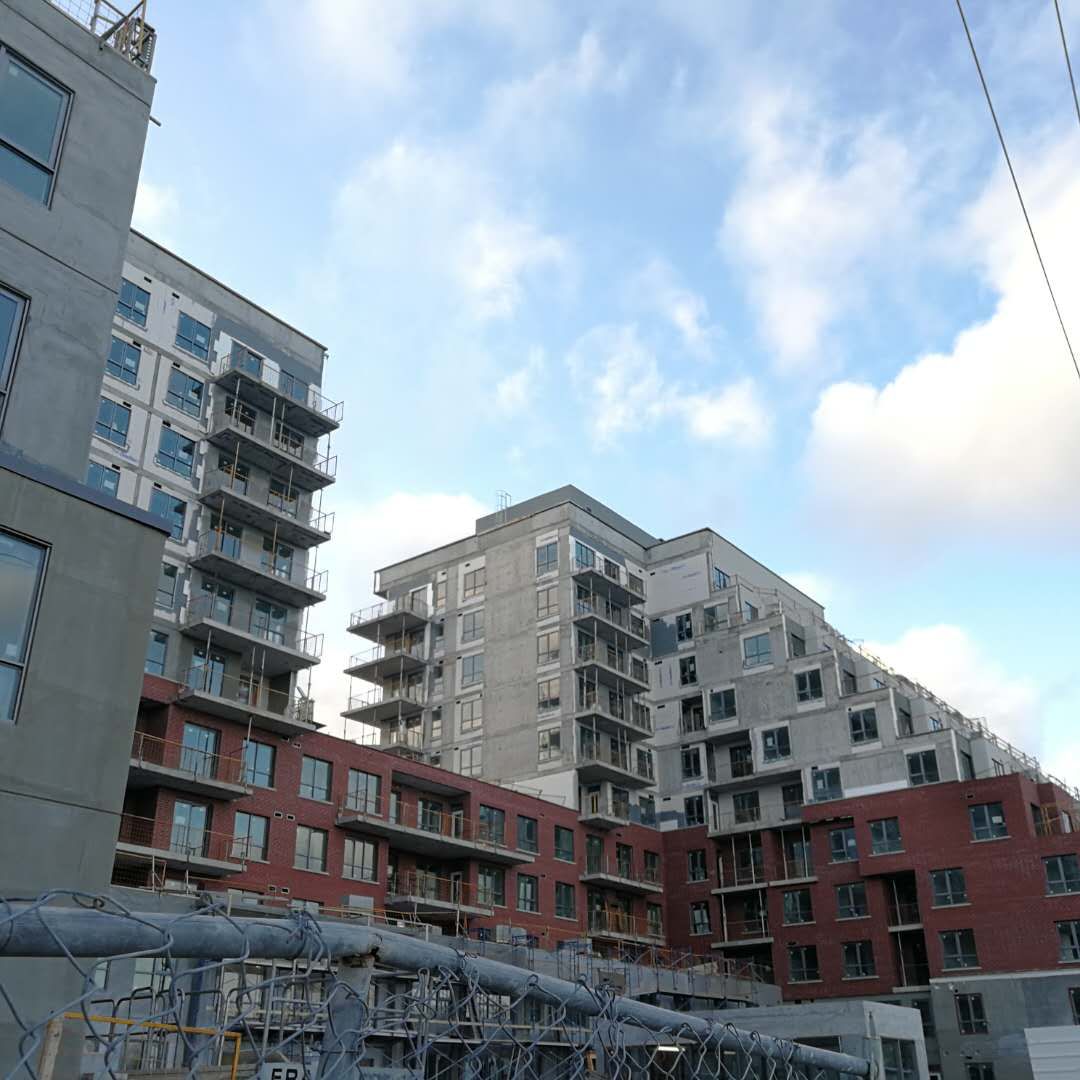 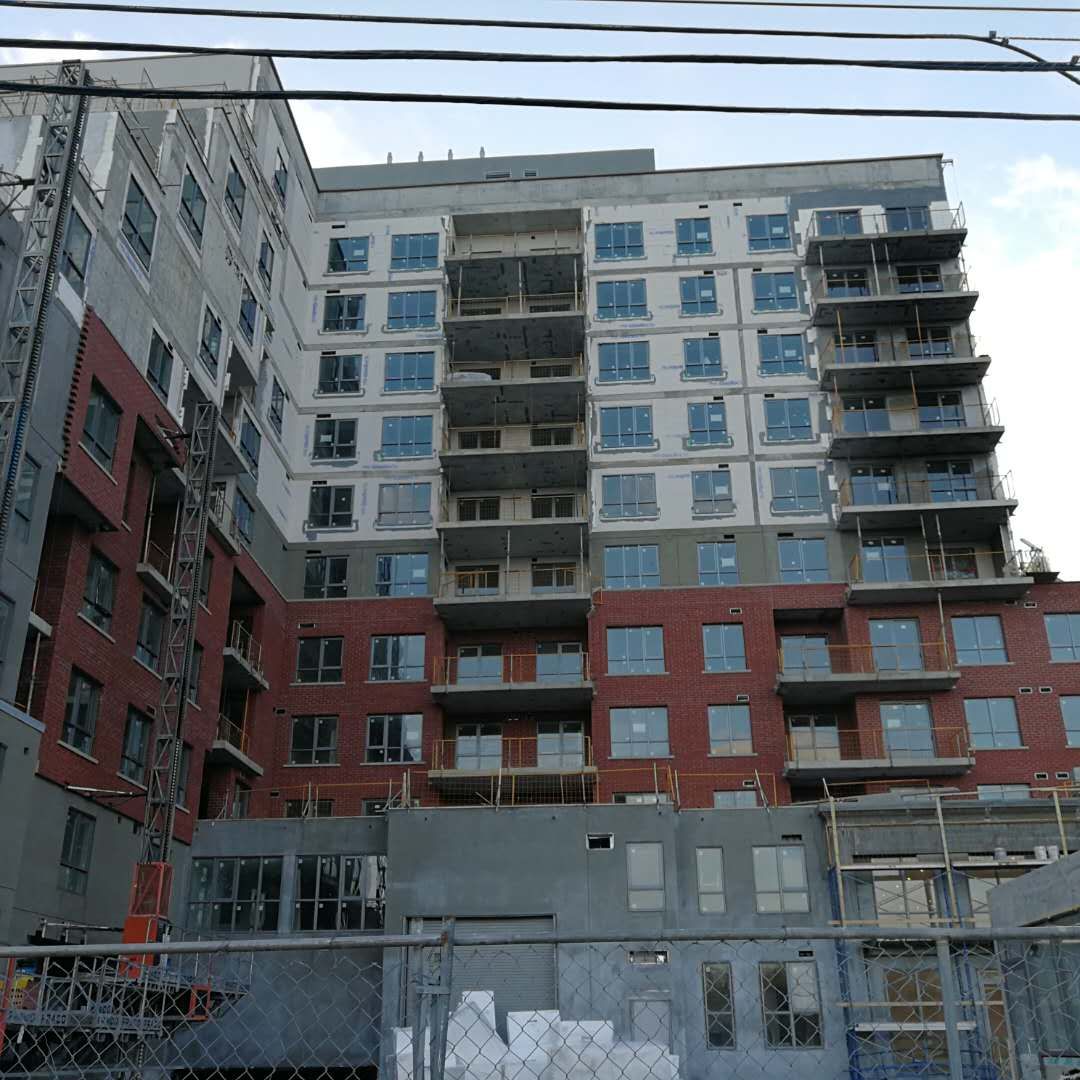 Ah, so a lot of the brick is already up around back.
W 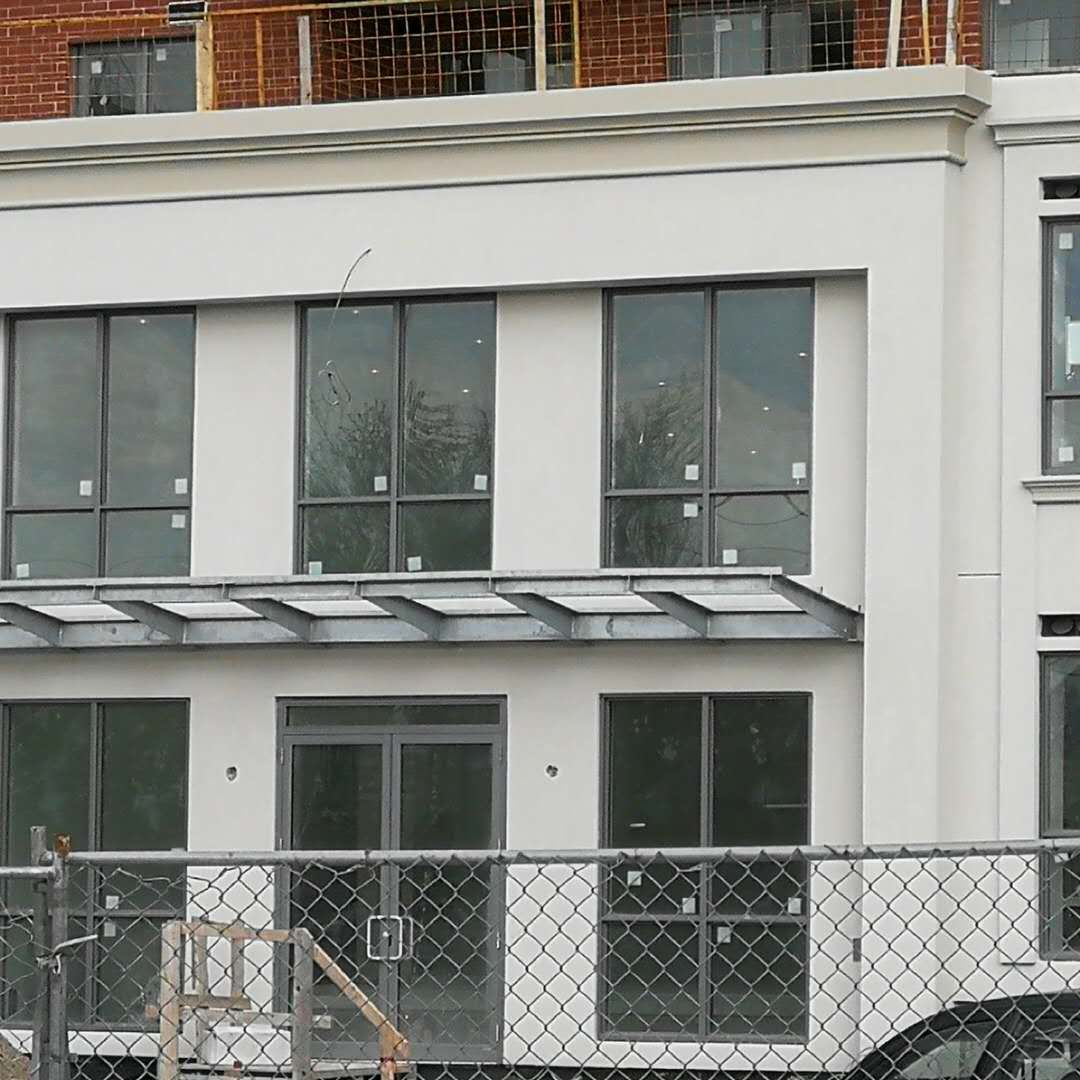 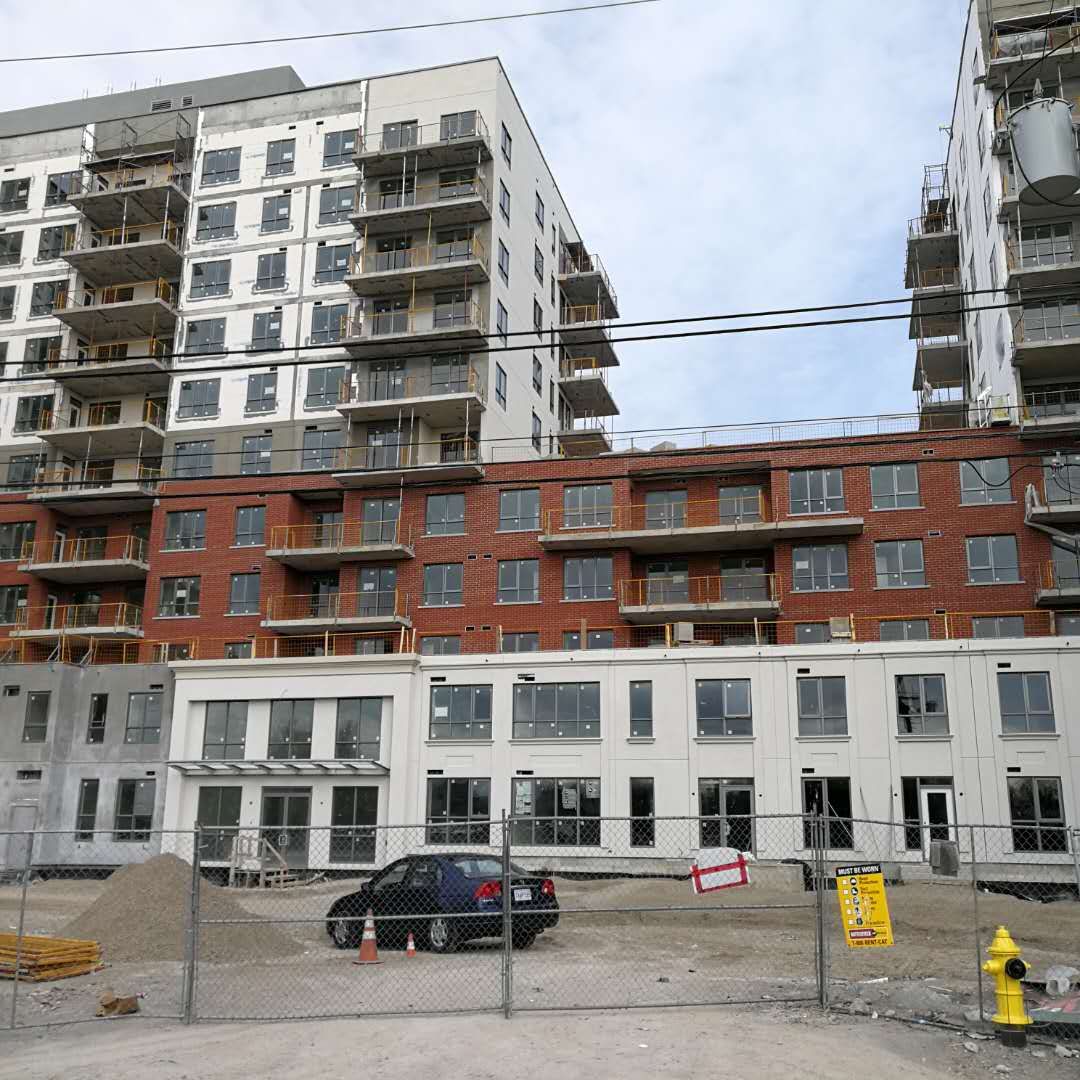 Never has brick rescued a building more than in the above photos.
E

So, despite some previous claims here, the final colour isn't even close to that grey base.
M


You said it yourself. They had a hard time selling for a while, despite the low prices.

It may be a combination of factors: For one for example, a family we know that bought there, later decided to sell because they found out the school district is quite bad. How bad? Not only does the local elementary school get bad Fraser Institute ratings, it had instances of naked drug addicts knocking on its windows from the nearby crack dens. The high school there also gets bad ratings.

It’s great the area is changing, partially because of that project, but it’s always hard to be the first project to initiate a wider gentrification process.

Then again, the local shops are finally starting to get better. For example, a Starbucks finally moved into the neighbourhood last year.
Click to expand...

Moanamcara said:
Are you serious about those crack dens??
Click to expand...

Well, perhaps more like really grungy apartments in the area, some of which are rented to crackheads. Take a walk on the north side of the street, in the alleyway behind the shops, and look at some of the apartments there. Pretty awful looking. Really sketchy. Or at least they were previously. I haven't looked this year.

That mall right beside Haven on the Bluffs also looks pretty horrible, and it's right in front of the public school I mentioned, but it seems things are changing. For example, the Ikki Sushi moved out of its building on the north side and into a spot in the mall on the south side right beside Haven on the Bluffs. Not sure why they vacated the old spot. It's a pretty decently large chunk of real estate though so perhaps someone might put another condo there? 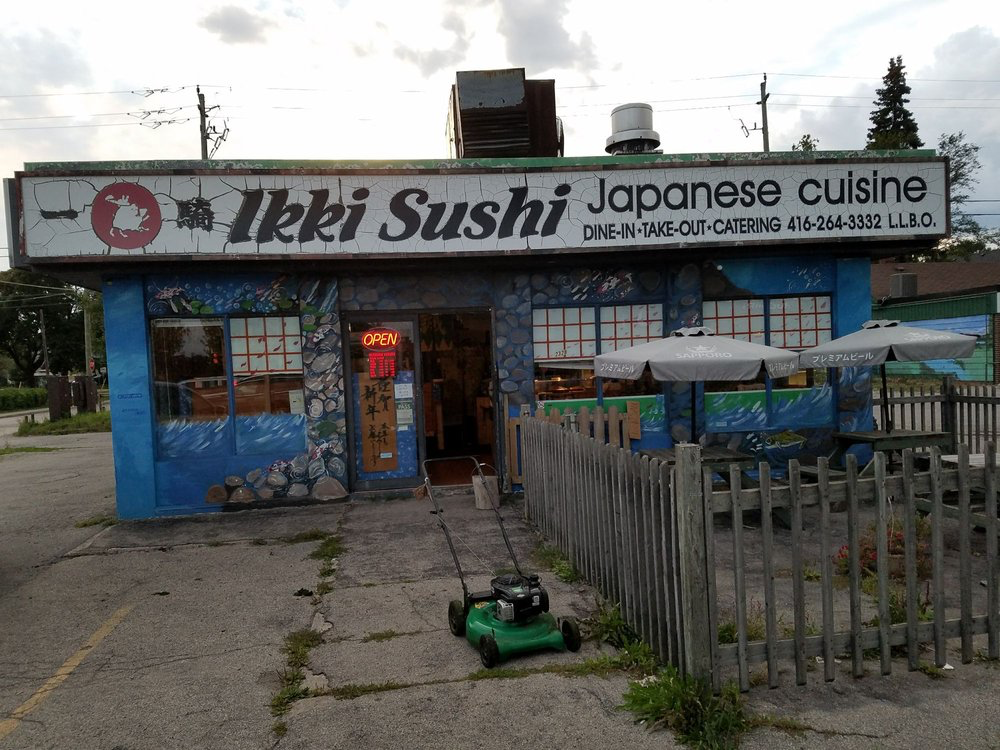 P.S. I find the above picture amusing, because the other business owners in the area were pissed off with them for not cutting the patch of grass in front of the restaurant (out of the frame of the picture above). It made the place look like it was "in da hood" with 1 foot tall unkempt grass, along with the weeds all over the place including in the cracks of the pavement. WTF. (That sign didn't help either.) Because of that I have never eaten there and probably won't eat in their new location either. If they can't be bothered to even cut the grass and kill the weeds, who knows what other corners they're willing to cut.

This is the mall I'm talking about. Notice the apartments on top. I wonder if the naked crackhead knocking on the public school window came from one of those. 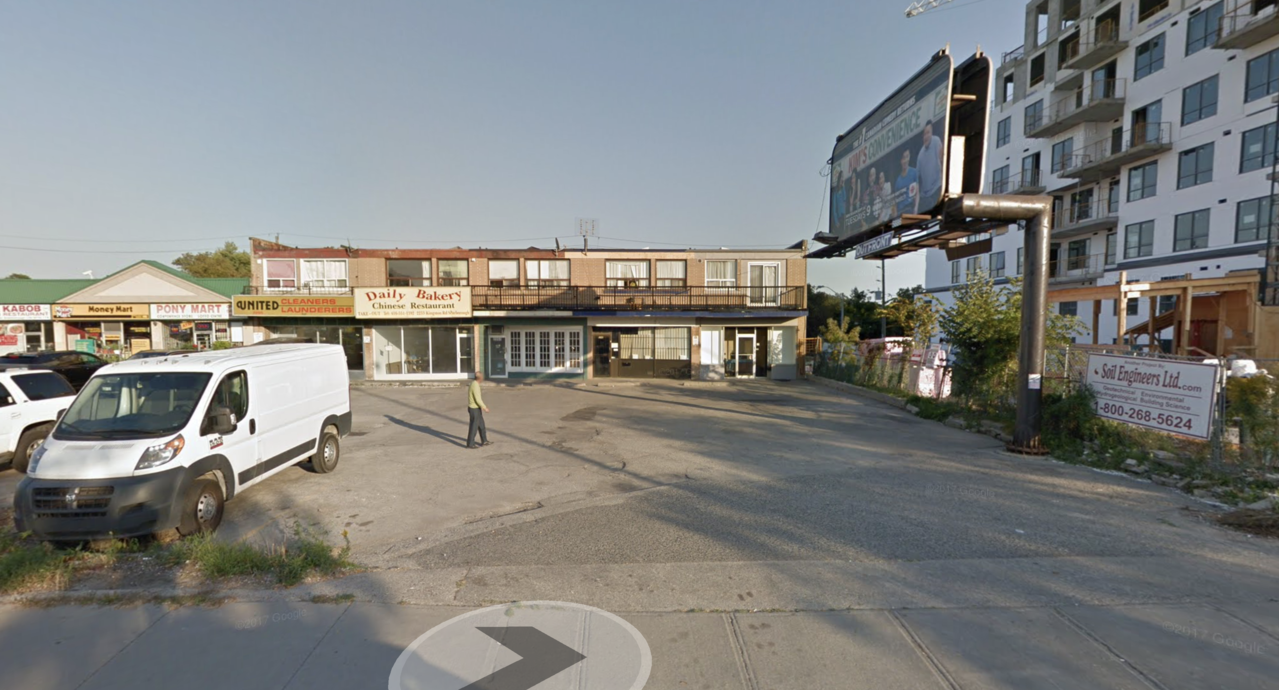 You can see Haven on the Bluffs on the right.

canazian said:
Looks like we will have neighbours joining us in a 2-3 years at the north-west corner of Cliffside and Glenn Everest.
Site Plan Application just submitted, and it does appear lifstyle custom homes submitted it. Who knows if they will actually build it. Maybe they will flip it with all the approvals and design in place.
Click to expand...

I didn't realize this is just down the street from Haven on the Bluffs, on the same street. You mentioned Glen Everest, but the front is actually 2201 Kingston Road. 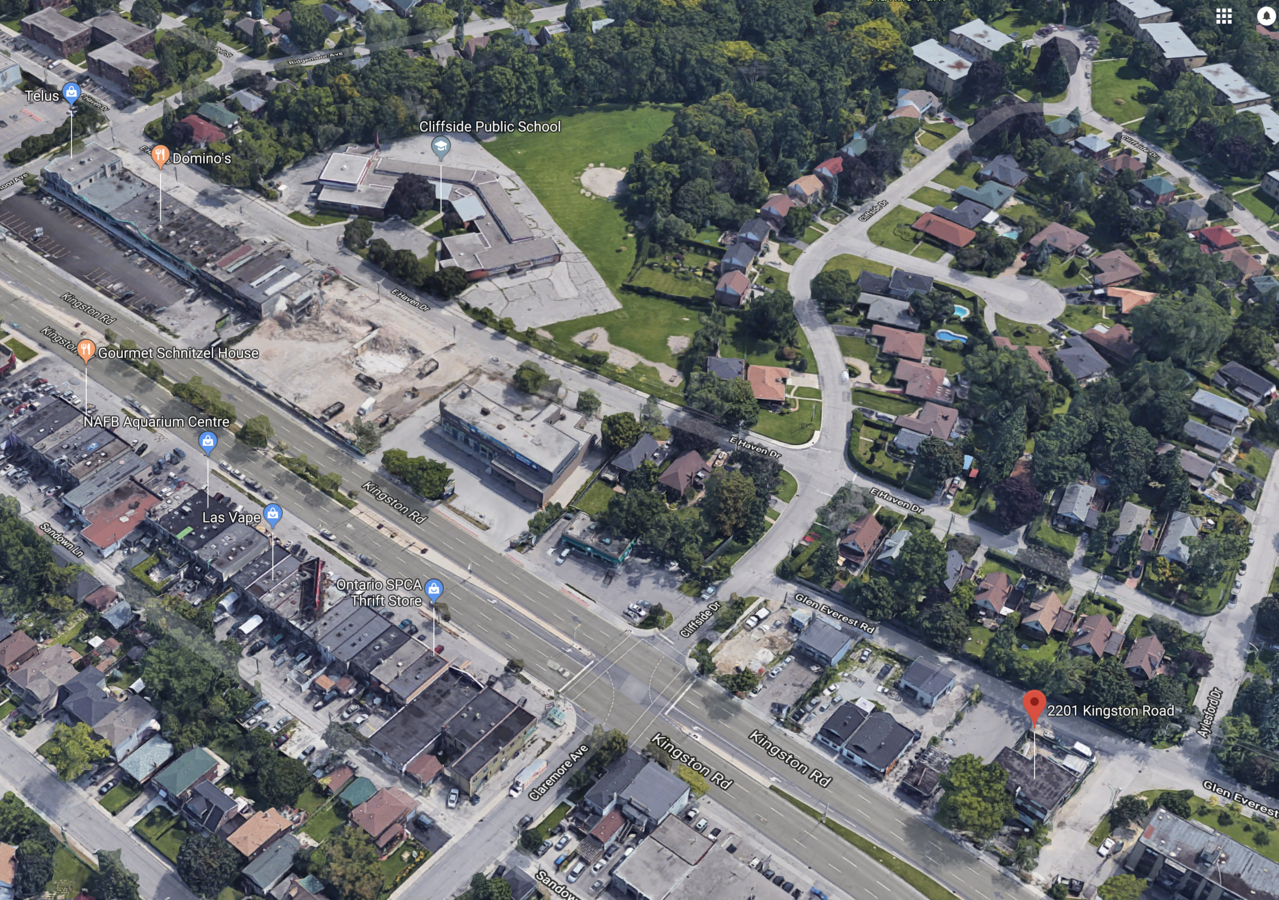 Regarding my previous post above, you can see Cliffside Public School right behind the lot for Haven on the Bluffs. (This aerial shot is old, so it doesn't have the building under construction.)

2201 Kingston Road is the brick building on the right, and Haven on the Bluffs is at the far left:

It would be great if this project moves forward.

I attended the meeting at St. Andrew's Church for this new development back in March. The architects were there also - RAW Design. The meeting was well attended and it looks like a very good project. They said they expected to launch sale this fall.
O

Latest view. First coat of the parking lot is paved, and balcony glass is starting to go on. Here we go July closings!

OneC said:
Latest view. First coat of the parking lot is paved, and balcony glass is starting to go on. Here we go July closings! View attachment 144872
Click to expand...

I wasn't expecting that colour at the bottom. Looks fine now, but it seems it might get dirty looking really quickly.


nutsandbolts123 said:
I attended the meeting at St. Andrew's Church for this new development back in March. The architects were there also - RAW Design. The meeting was well attended and it looks like a very good project. They said they expected to launch sale this fall.
Click to expand...

Looking forward to it!

All posts concerning registration and closing of units have been moved to the real estate thread. Please keep the discussion here focused on design and construction!
Images are not to be reprinted, reposted or used for any purposes whatsoever outside of the Urban Toronto forum without my express consent. Contact me via the following: