The not so developer friendly councillor Paul Fletcher has requested that the current site be considered as a heritage site.

Building codes sometimes kept buildings from falling or burning down but always gave steady work to well-connected carpenters and electricians. Zoning and planning permission has protected rich landlords rather than helping the poor. Rent control makes the poor and the mentally ill unhousable, because no one will build inexpensive housing when it is forced by law to be expensive. The sane and the already-rich get the rent-controlled apartments and the fancy townhouses in once-poor neighborhoods.
J

FYI it looks to be this modernist church and a decent-looking storefront building.

The storefront looks cool. The church, not so much.
Building codes sometimes kept buildings from falling or burning down but always gave steady work to well-connected carpenters and electricians. Zoning and planning permission has protected rich landlords rather than helping the poor. Rent control makes the poor and the mentally ill unhousable, because no one will build inexpensive housing when it is forced by law to be expensive. The sane and the already-rich get the rent-controlled apartments and the fancy townhouses in once-poor neighborhoods.

Edit: The city asked HPS to review if the church was worthy of heritage designation in February.
Last edited: May 29, 2014

Yoshimura said:
The storefront looks cool. The church, not so much.
Click to expand...

If anything, it's actually the other way around. Woodgreen would be heritage in the Don Mills 'mid-century' sort of way, while that drug store has had any heritage value ripped away by hideous renovations over the years.

BTW -- it's Paula, not Paul. Still not biz-friendly, though!

IMO, not a bad place for a midrise, given the park across the street and nearby Queen storefronts. The footprint seems to go a fair ways south, though -- are they taking out the alley behind? Assembling some of the old TCHC semis that used to be just south on Booth?

They really ought to keep the facade of the corner building at any rate--it really completes the intersection there ie with historical good architecture.

I believe this is a Great Gulf project and designed by Quadrangle--Project End am I right or wrong? (Last info I saw is 2 years old and indicated the entire block was under consideration.)
Canadian architecture I like: https://twitter.com/renderpornstar
I

Harhay Purchased the Site.
What One Condo Said To The Other:
You laugh at me because I'm different--I laugh at you because you're all the same.

he embattled Red Door Family Shelter is getting a modern new home on its longtime site in Toronto’s hip Leslieville neighbourhood.
Under a deal to be announced at the shelter offices Monday, developer Harhay Construction will build a new 94-bed shelter at cost as part of a seven-storey boutique condominium project proposed for the corner of Queen St E. and Booth Ave.
Once the 20,000-sq. ft-shelter has been built, Harhay will transfer ownership to the city, which will become Red Door’s new landlord, said area Councillor Paula Fletcher, a major force behind the deal.
The shelter is launching a $3 million fundraising campaign to cover the costs of furnishing its new four-storey building that will be nestled behind the 118-unit condo and front onto Booth Ave.
A city planning report on the proposal, including the city’s cost and financing, will be ready in April for council approval in May. If approved, construction is expected to begin in mid-2016 with occupancy in late 2017 or early 2018.
The city has agreed to help the shelter relocate during construction.
More............http://www.thestar.com/news/gta/201...be-part-of-leslieville-condo-development.html

Recommended for approval at the Jan/Feb Community/City Council meetings.

Based on the drawings, it appears that the drug store facade will remain. Hope that is the case.

Great - I'm sure they won't keep the amazing retro signage, though.

Here are two new renderings of the development: 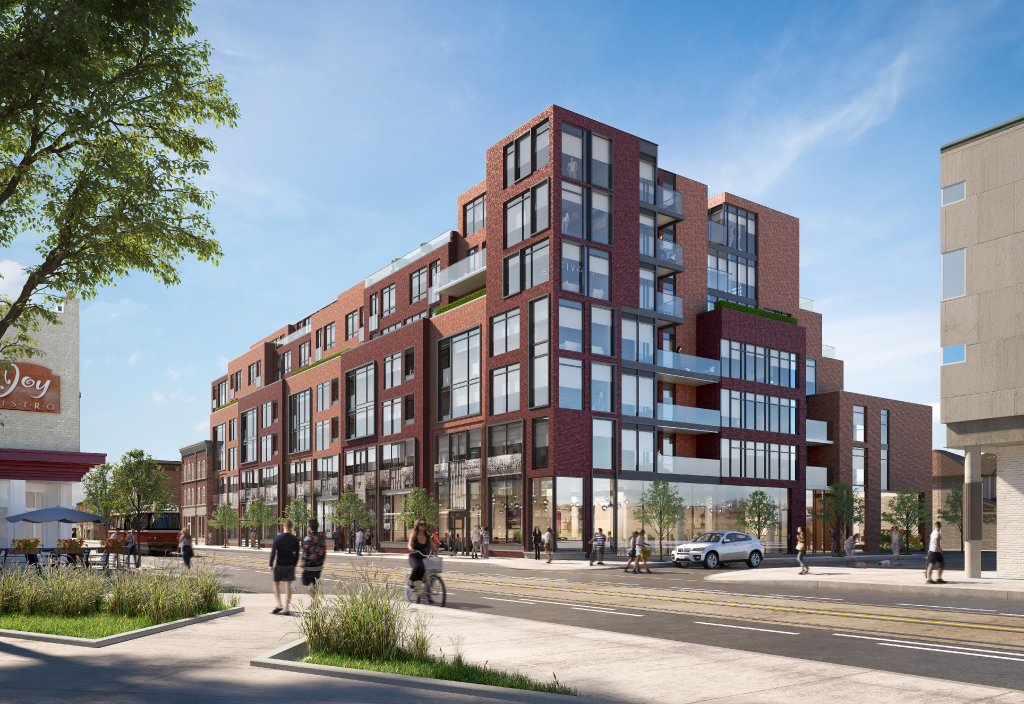 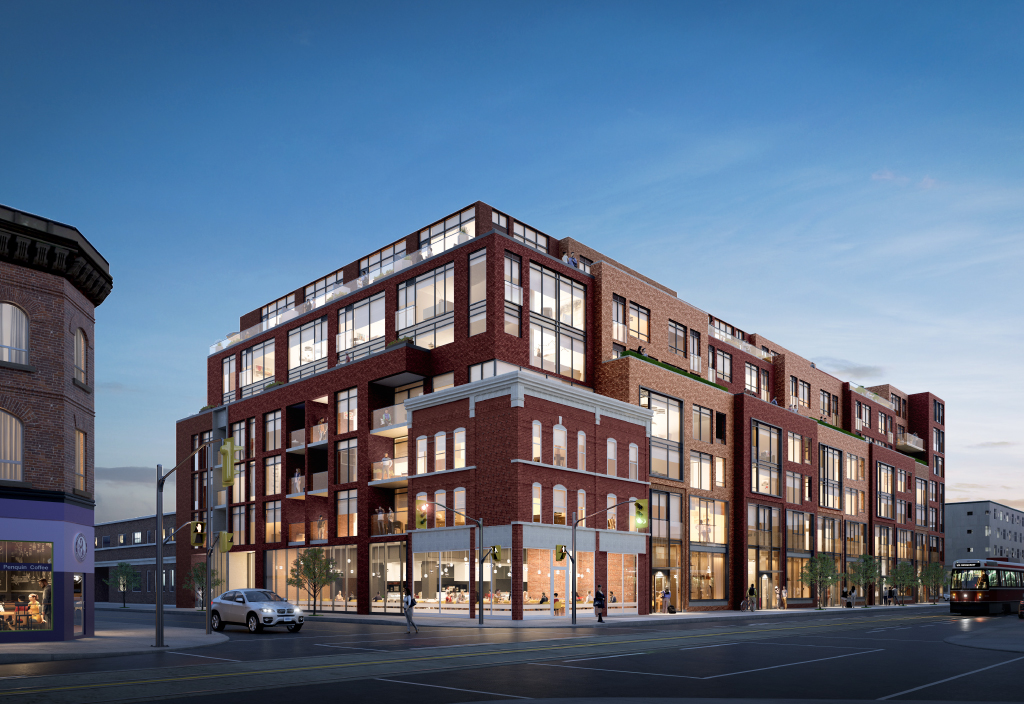 old school chic! I love it!

Good scale - nice intensification without being too dauntingly out of scale for the area. Will bring some much-needed vitality to that part of the Queen east strip.