Agreed on the white panels. They seem out of place. I'm not really sure how I feel about this building. I initially liked the zig zag pattern. But I don't think I like these brown bricks, they are not the most attractive colour. I feel like they should be darker still or redder. I guess we shall see. Might turn out great... or might look like cheap garbage similar to 365.

This project was mentioned in our roundup: Cluster of Boutique Projects Planned for Wellington Street Block

The development was appealed to the OMB due to Council's failure to respond in time. Planning recommends that Council send staff to oppose this development: http://www.toronto.ca/legdocs/mmis/2017/te/bgrd/backgroundfile-106277.pdf

This has been settled and approved at Council: 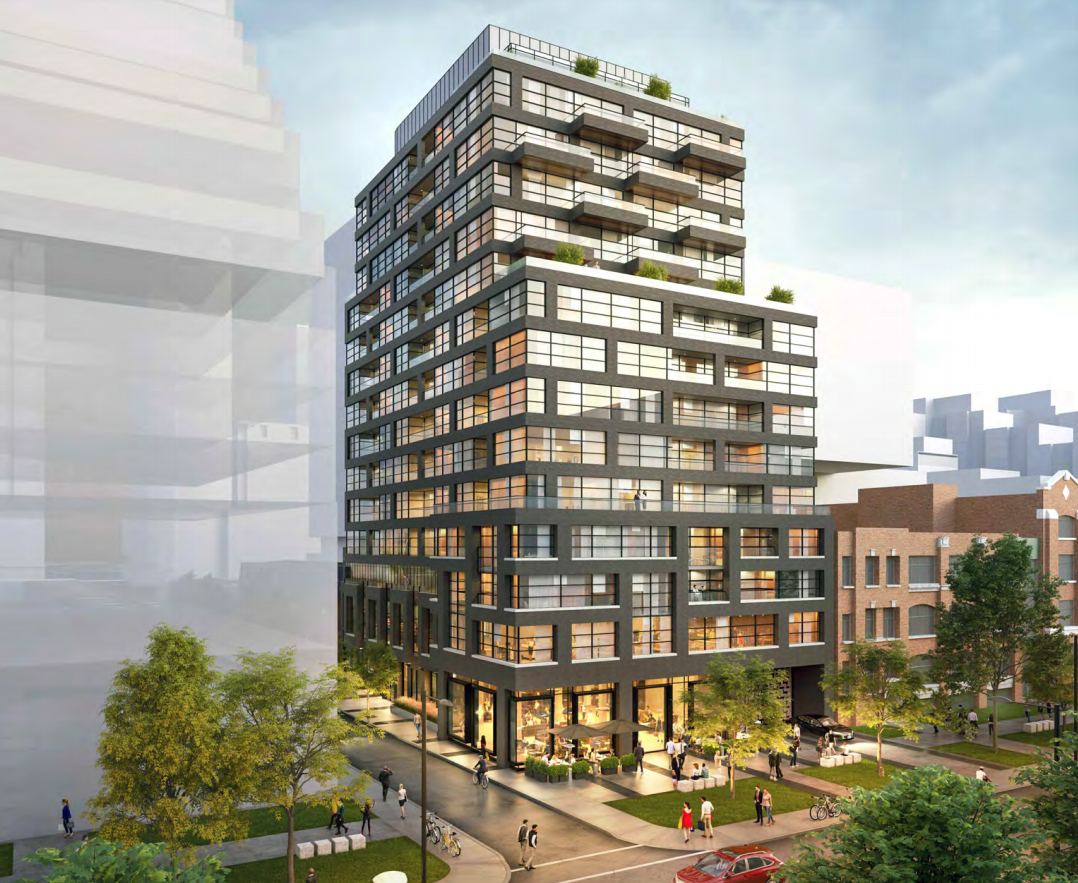 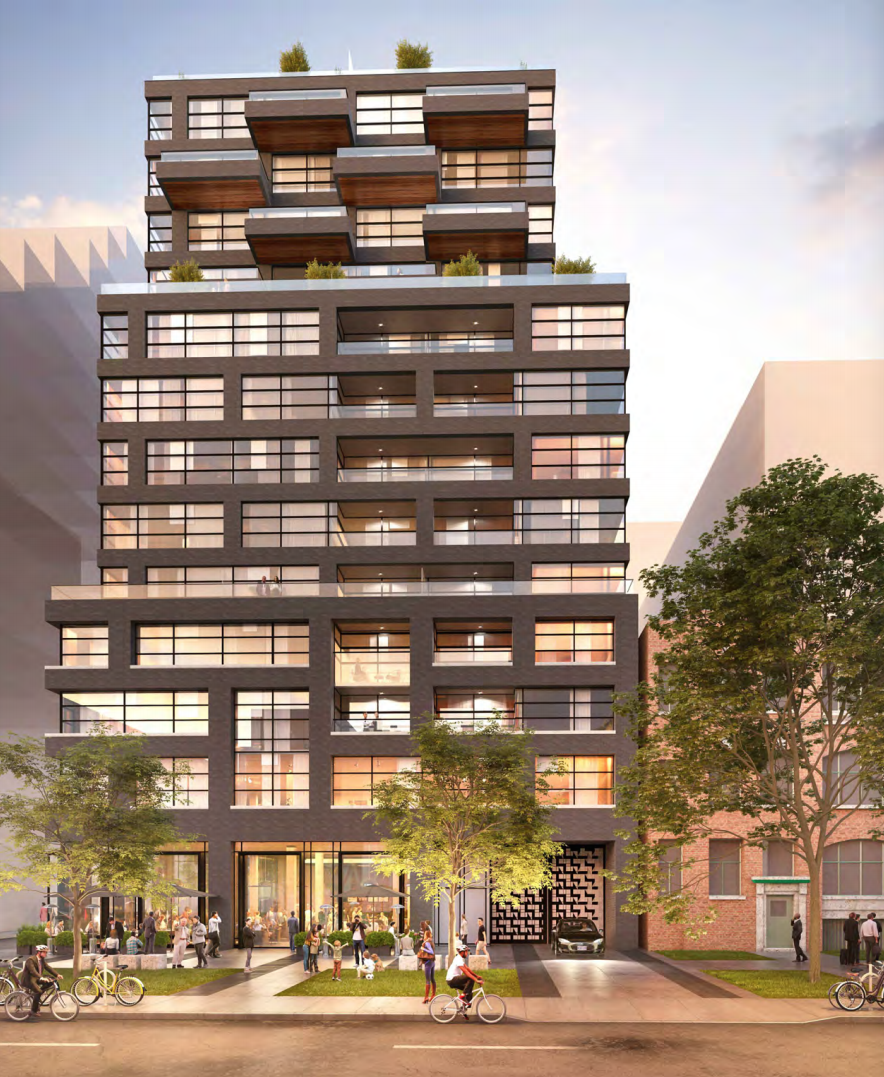 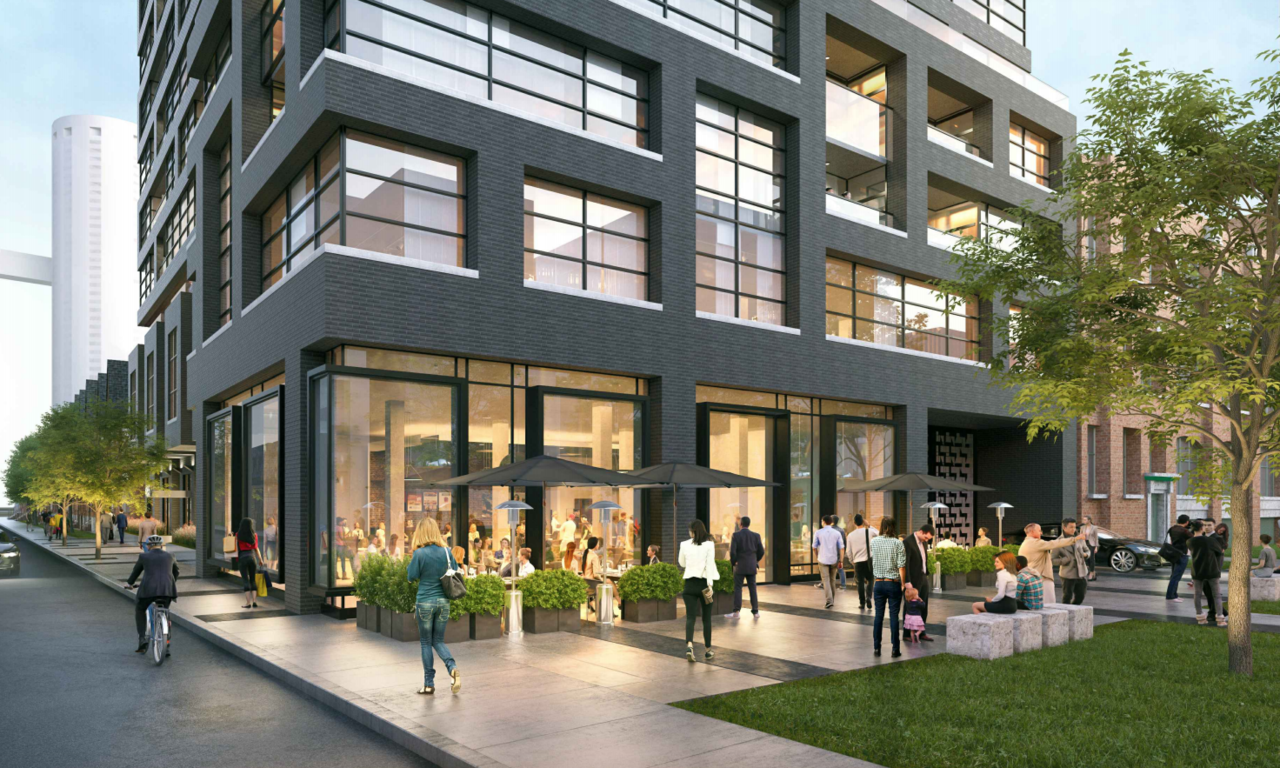 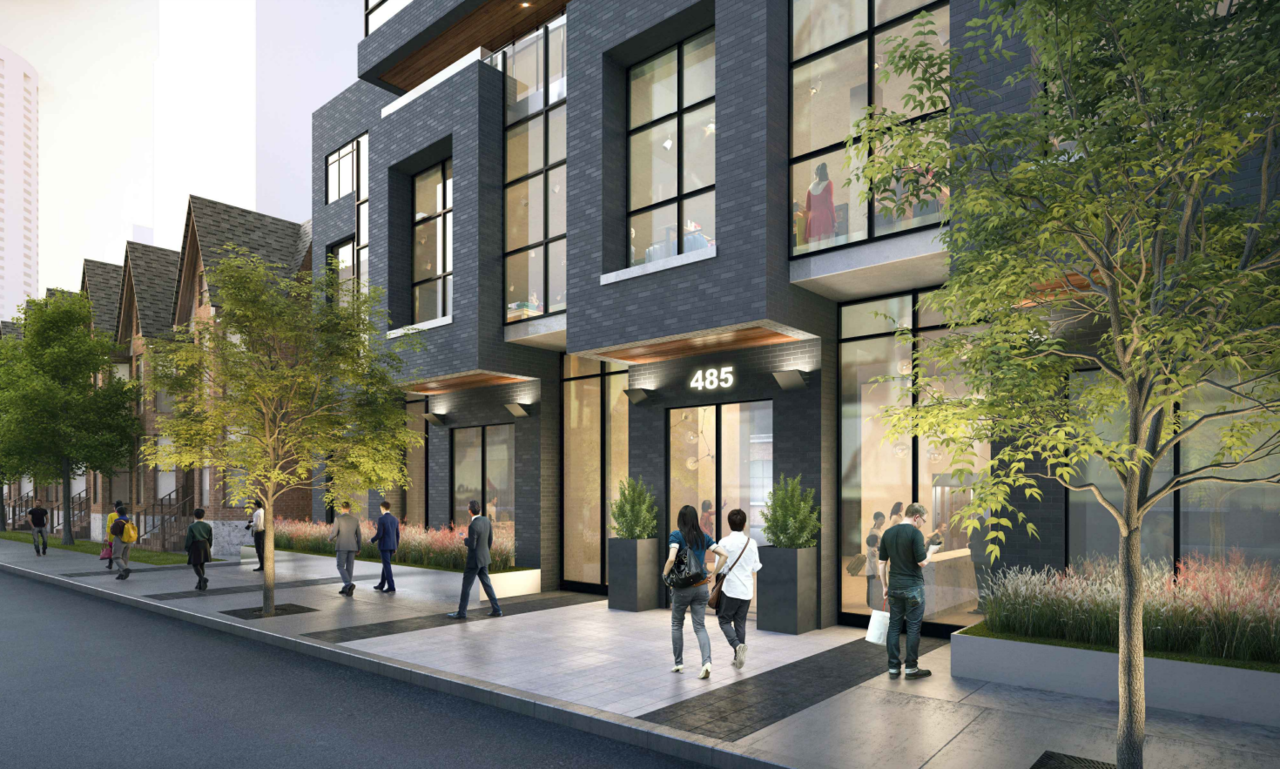 Yup, this is a far better design.

So: nearly three years to get an agreement on a 14-storey building in a high-growth neighbourhood? This is fine.
W

AlexBozikovic said:
So: nearly three years to get an agreement on a 14-storey building in a high-growth neighbourhood? This is fine.
Click to expand...

The costs of the delay are passed on to the buyer.

The length this takes to get approved is important.

WislaHD said:
The costs of the delay are passed on to the buyer..
Click to expand...

It's either that or the cheapen it out

AlexBozikovic said:
So: nearly three years to get an agreement on a 14-storey building in a high-growth neighbourhood? This is fine.
Click to expand...

Believe me Alex, if Lifetime had come in with this proposal more than 2 years ago, it would have been done in 2016. Look at the quickness of the approval of Portland Commons project this year as a true barometer of this neighbourhood's and the City's reasonableness when developers come in sharp and ready with a good proposal.

Also go back to page 1 of this thread for the original renderings and tell me that the negotiations and time have only helped this project significantly mature and get only better all around. In the end, it did take almost 3 years, but this Lifetime project is now a great addition to our 'hood and will advance the public realm improvements as part of the Wellington Street Greenway project. In 5 years, Wellington Street West between Spadina and Portland is going to be an awesome pedestrian environment and fully animated street.

the sad part is that portland commons is a horrible proposal.

innsertnamehere said:
the sad part is that portland commons is a horrible proposal.
Click to expand...

It will get refined, but it could have been much much worse as an office building.

March 24
The tenant is moving out of the building today and they just loaded the car washing system onto a flat deck trailer. What I could see inside, it was empty for the rear of the building. This means either the building will be Reno as a sales office or be torn down.
Due Time restriction, visit my site https://www.flickr.com/photos/drum118/ to see updated photos of projects shot the last few weeks since I don't have the time to post them to various threads.
See my videos on YouTube https://www.youtube.com/user/Transitdrum118
You must log in or register to post here.
Share:
Facebook Twitter Reddit Pinterest Tumblr WhatsApp Email Share Link