That's... awful. Gotta be honest, recent aA has been disappointing me quite a bit. What happened to them? They really used to be the best neo-modern firm in the city, from my point of view. Something has changed though.

These are basically shorter 150 Redpath's and the podium is terrible. Are these the detailed plans or just massing models?

These are the documents submitted as part of a subdivision approval (i.e., this isn't even at the rezoning stage yet). It sounds like the owners of this property wanted to get this out to the city to settle a dispute with the owners of the property to the north. The architectural plans are hopefully no more than a placeholder at this stage.

From the cover letter:

In response to the first circulation of the Application, Engineering & Construction Services staff, in their memorandum dated February 9, 2018, requested that additional information regarding the construction of the East-West Road be provided (Section A, Comment 2.5). Specifically, staff have requested additional information on what arrangements have been made or are being considered for coordination with the owner of 215 Lake Shore Boulevard East, Greenland Lakeside Development Company Limited (“Greenland”). The following details are offered as an update on the current status of the East-West Road coordination efforts.

Subsequent to the December 21, 2017 submission, Rom-Grand has engaged in consultation and coordination with Greenland. These efforts have been undertaken to, among other matters, coordinate the construction and timely delivery of the East-West Road in accordance with the letter dated June 22, 2016 from McCarthy Tétrault to Mr. Rob Robinson, City Legal. We understand through discussion with City representatives and representatives of Greenland that Greenland and the City would prefer the construction of the East-West Road prior to the issuance of the full/final building permit for Greenland’s first phase of development. However, we also understand that Greenland has proposed a temporary driveway condition to support their first phase of development “due to the neighbouring private and municipal lands being unavailable for the construction and conveyance of the new public road” (BA Group Urban Transportation Considerations Addendum Letter, September 26, 2019).

Rom-Grand does not support Greenland’s proposed temporary driveway condition. In our view, the construction of the East-West Road should be required prior to the issuance of the final building permit for Greenland’s first phase of development. The completion of the East-West Road is of particular importance for a number of technical and servicing related elements for all three development sites within the block, including the location of building access points for passenger and loading vehicles, connections to the future watermain, sanitary sewer and storm sewer within the right-of-way of the East-West Road, and construction tieback permissions. Despite ongoing communication, Rom-Grand has experienced challenges in coordinating these elements with Greenland and has been unable to obtain details which are fundamental to the design of the East-West Road and would have considerable impact on the design of the development proposal for the Subject Site.

As the ultimate construction of the East-West Road is vital to the functioning of the overall block and the greater East Bayfront Precinct, we want to reconfirm Rom- Grand’s commitment to convey its lands to the City prior to the completion of its Record of Site Condition in order to facilitate Greenland’s construction of the East- West Road.
Click to expand...

Did every developer in the city make an agreement to build the worst thing they could imagine along the waterfront? 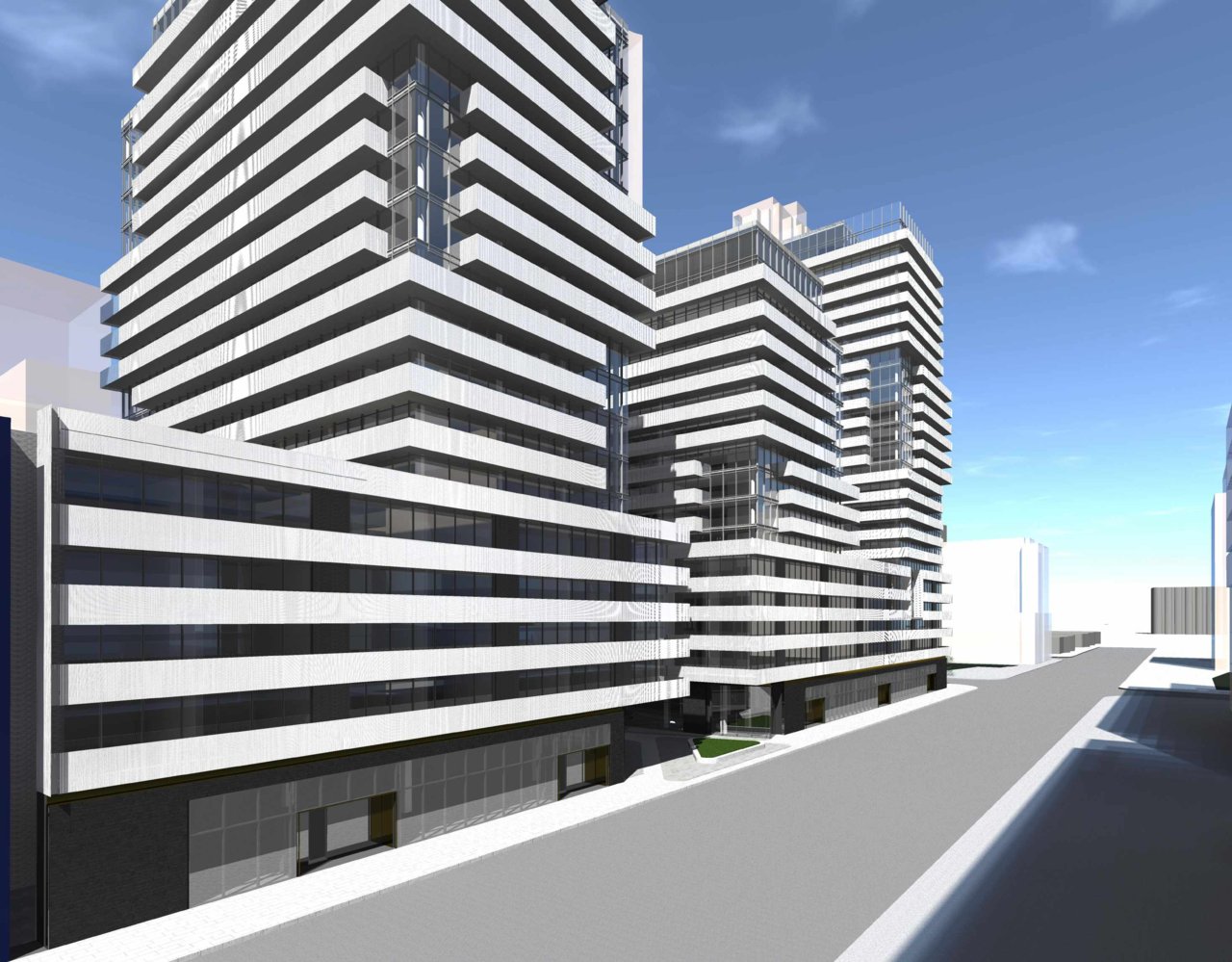 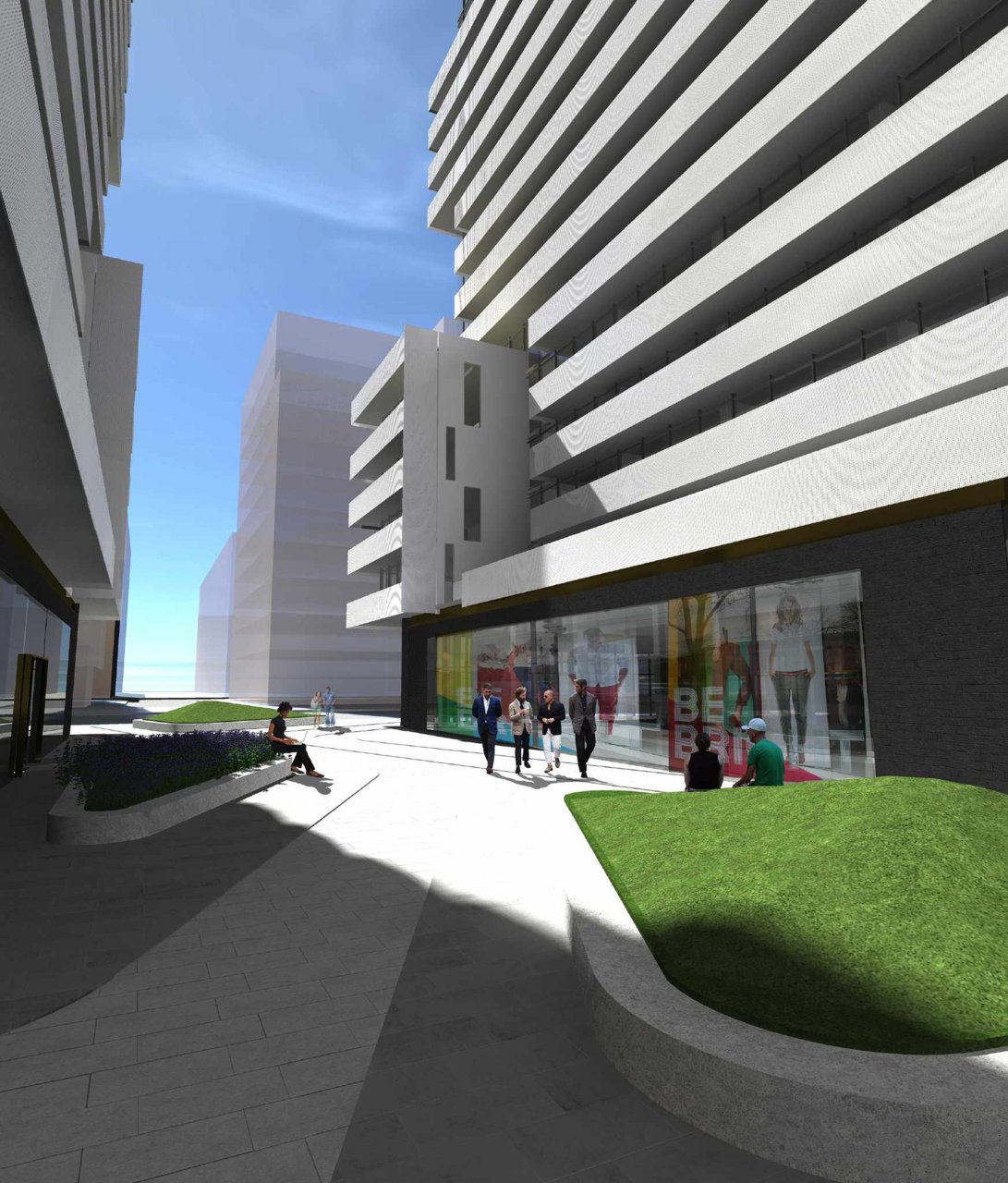 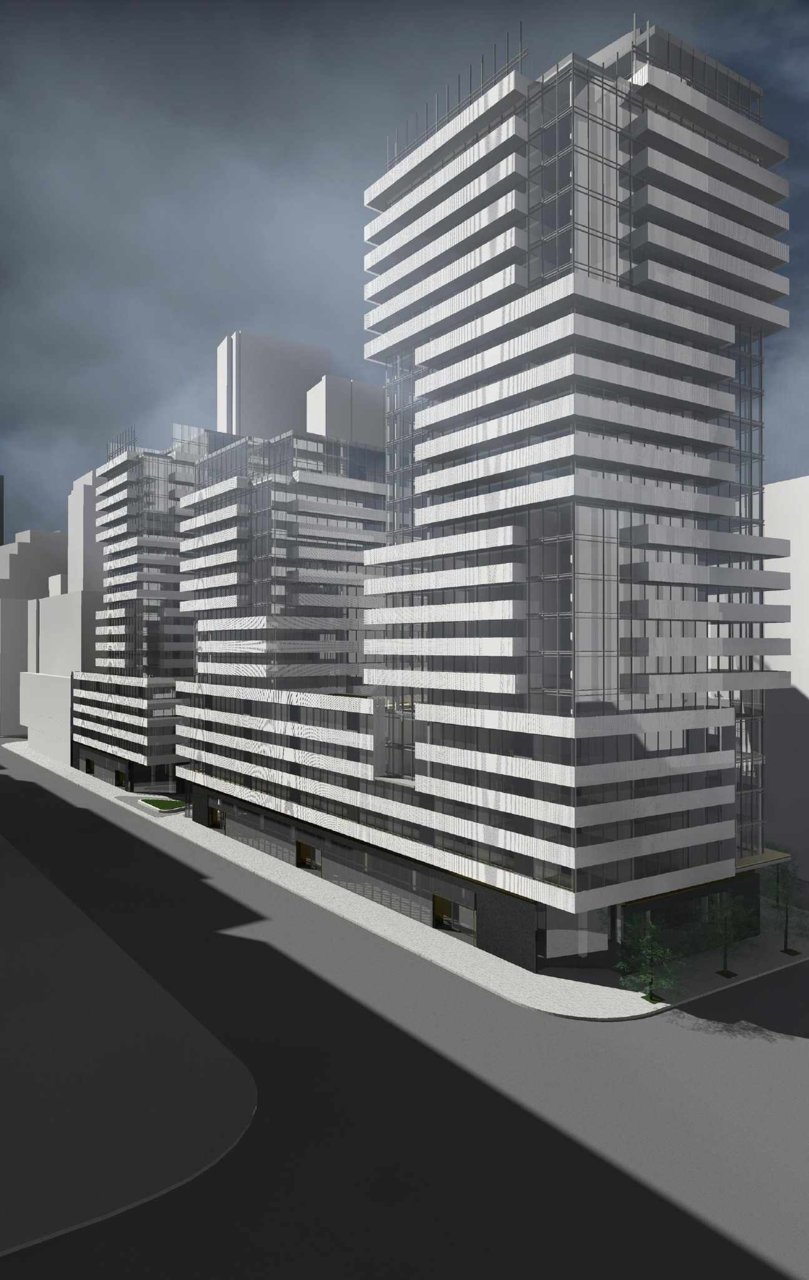 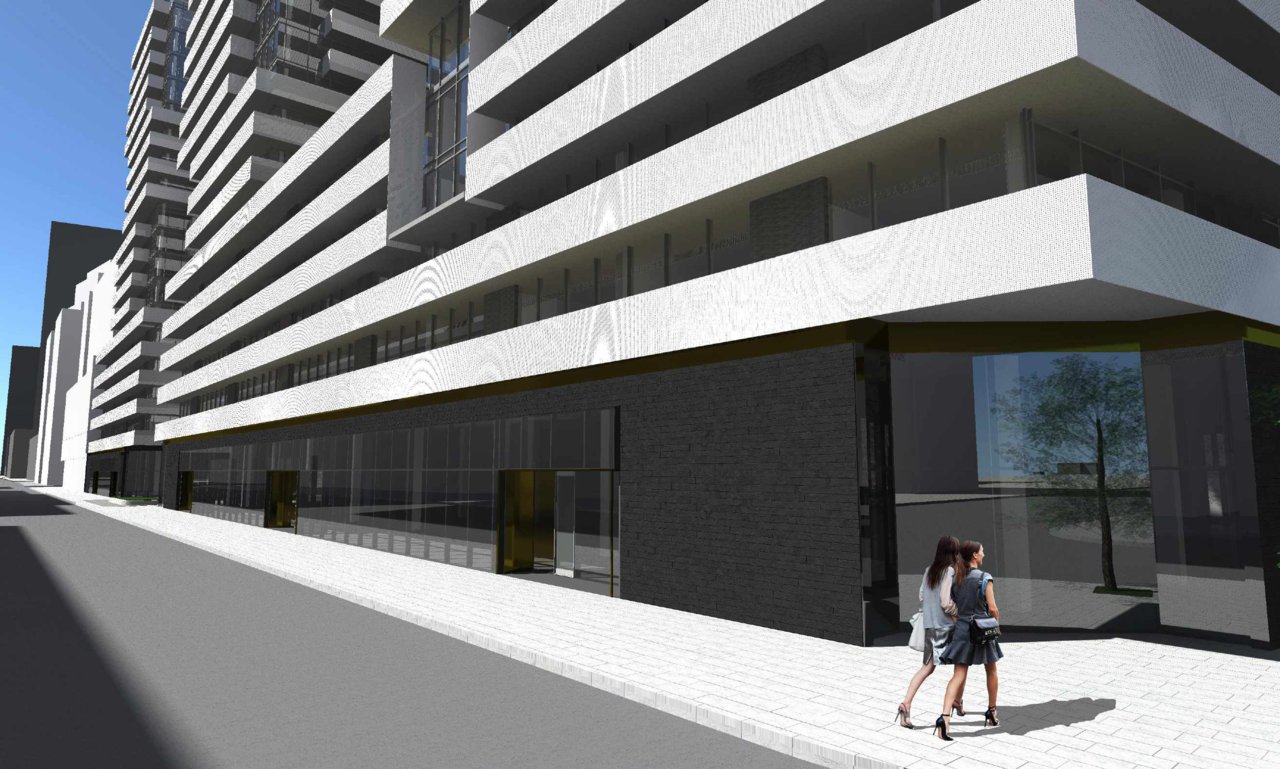 We are going hard for the world's most bland waterfront award.

Maybe it's their client that is limiting the design? We don't even know the developer yet, right?
A

It's official, our waterfront cant be saved. How is it that time and time again, we continuously get worse products along this city's waterfront?

We're well on pace to have the most embarrassing waterfront out of any major city in the world, and that's by a country mile. At this point, I think i'll probably avoid showing any tourists our waterfront just to save face because there's really nothing to see except for architectural embarrassments. I thought Queens Quay West was bad, but Queens Quay East might somehow turn out to be even worse.

It amazing what they can put up in a long narrow property to block the view of the development happening behind it . Aren't those buildings seen in the photos up above too tall for the for that property!

Going before the October WT DRP:

I hope there's lots of room for improvements when that presentation is said and done.
Quadruple "A" geek: Architecture, Azeroth, Anime, Aphex Twin.

Comments appropriate to this project:

Panelist #1: "What were you thinking?"

Panelist #3: "I constructively offer than the blue bin is where waste material that can be recycled should be placed; kindly place your submission there."