The article felt more like a slap at Rogers Centre's age and lack up upgrades (never mind the renovations in 2005, and planned grass conversion) than about plans at the ACC (BMO field's renovations we know about). However we were given the little tidbit about renovations being planned for the NBA All Star game which will be held here in 2016, as well as MLSE's desire to land the NHL All Star Game and Entry Draft.

I imagine that they will upgrade the video boards, although the board was upgraded around 2009, newer boards in Denver and Tampa have leapfrogged the ACC especially in size. Denver's screen for example is the size of the outdoor video board at the ACC.

Besides that I wonder what else they have planned... Could they potentially expand the Galleria space between the ACC and Union station??? Does anyone know if the North wall of the Galleria space is part of the Heritage aspect of the building's Canada Post history.

A concourse expansion is sorely needed.

Leiweke also expects Kathleen Wynne’s provincial government to fork over a $10-million grant soon. To critics of using taxpayers’ money for stadiums run by private companies, Leiweke says all three levels of government will get their money back through taxes generated by jobs created by the stadium and, most of all, the big events he expects to attract.
Click to expand...

Slightly OT, but for him to say in light of SkyDome is just oh so ironic.

I wish they'd reclad the ACC in red brick and redevelop the office tower into something bolder (and of course, much much taller.)
Canadian architecture I like: https://twitter.com/renderpornstar
W

They could push the Galleria's west entrance a bit further west, and if they could relocate the box office somewhere they could end up with a substantial space to work with. Or they could try a Fremont style thing in that forecourt and along Bremner. But other than trying to make some more space under the railway embankment I can't see where else they can expand.

Unless they were to tear out the entire Galleria, sink piles, and put something big on that tiny little strip of land. Like a westward extension of the office tower? They'd gain a massive expansion for the concourse on the upper bowl, but it would be a huge undertaking.

Could they potentially expand the Galleria space between the ACC and Union station??
Click to expand...

I do think the "Fan Zone" need sprucing up. It's a dark and dreary corridor when it isn't game night.

It would be nice to have a wooden ceiling a la Madison Square Garden (only rectilinear).

It's interesting how those who are in search of government money laud the jobs and taxes as if similar amounts of jobs and taxes wouldn't be raised by giving it to someone else, or even throwing it up in the air for passers by to catch.
W

A bit of insider information for you all. From what I've been told at some point in summer 2017 MLSE will be ripping down the North wall of the building (Gate 1, connected to the Union Market Galleria, and the connection to Union station), and putting in a massive wall of entry/exit doors. Not sure if they will be moving out into the Galleria or what effect the changes will have on the concourse inside, some things would have to be relocated that are in the area now.

The 45 Bay st proposal is supposedly going to be connected to the ACC via a PATH connection over Bay St (similar to the connections to MLS Square and RBC Waterpark place).

With the raptors moving into the Biosteel centre the current practice court on the 300 level has a number plans being suggested. Including a concourse expansion to be a mini food court like what exists at Union market now, or even full market style like what is at the Rogers Centre. There is also a suggestion that an exit could be added to the area which connects to the PATH connection in the nearby Telus Building.

All is still preliminary stuff and simply rumour at this moment however.
A

If only they would restore the original walls of the postal building building that were torn down during construction of the ACC.

From Tuesday night: not the best quality, but you can see the new black seats that are replacing the current ones in the Platinum section. This must have just recently happened because I don't recall seeing them the few times I went to the ACC in December. I suspect that they want to have them all replaced in time for the NBA All-Star Weekend. On a side note, at least this shade of black will better match all the suits that sit there for Leafs games! 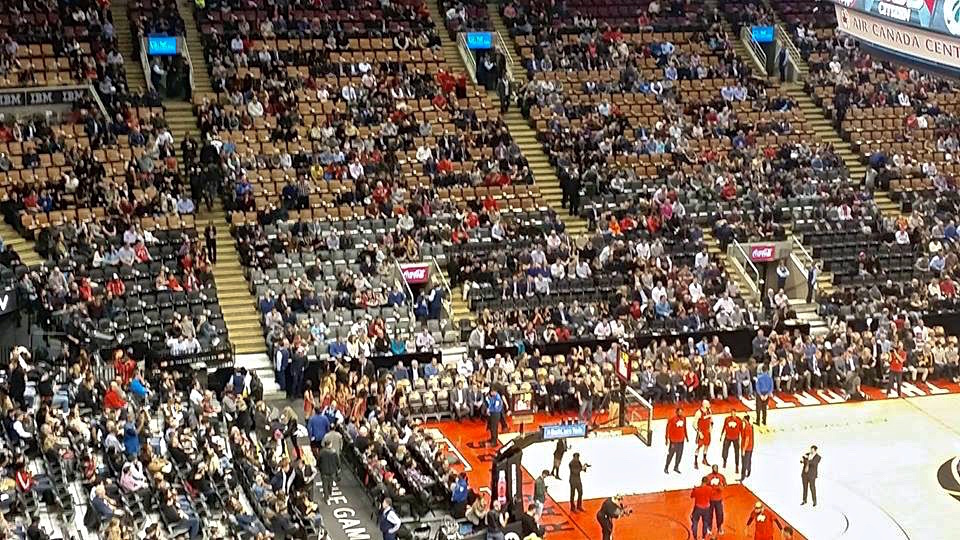 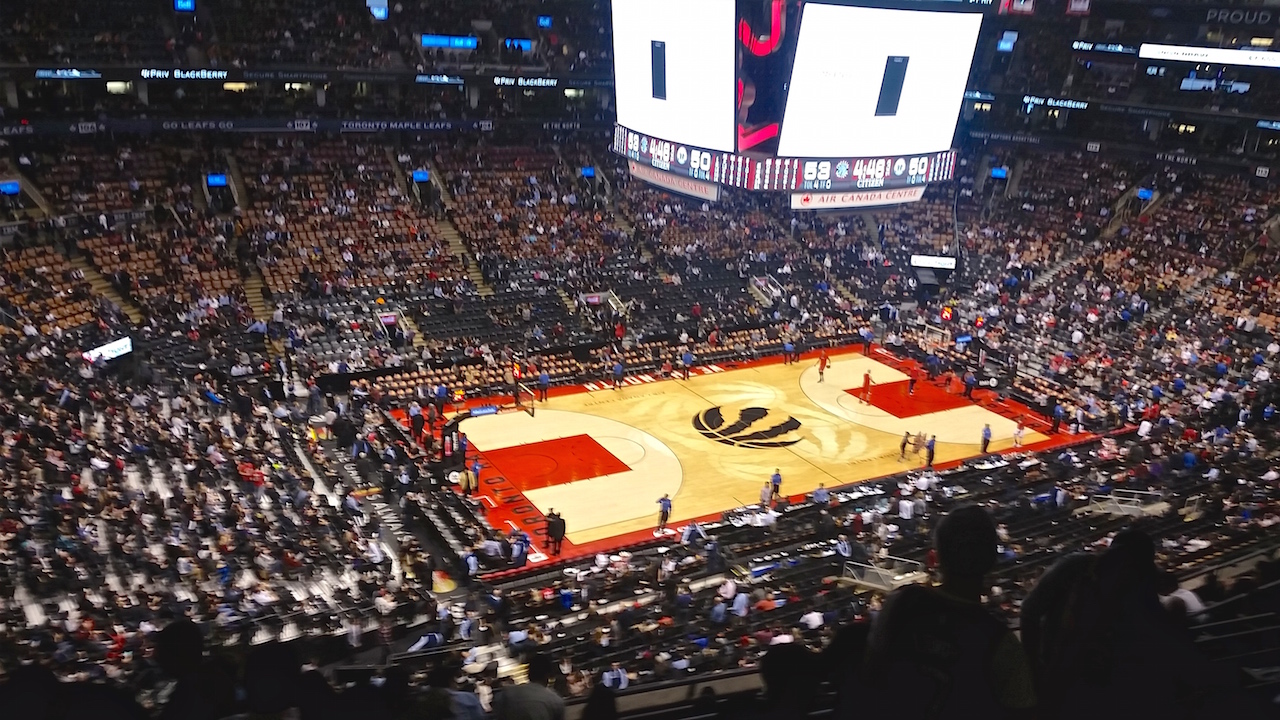 They might as well paint images of people on the platinum/black seats, since they're empty for the first half of each period of a Leafs game.
G

Armour said:
They might as well paint images of people on the platinum/black seats, since they're empty for the first half of each period of a Leafs game.
Click to expand...

Second and third periods (after intermissions) to be more precise.

I'd say 1st period too because the suits like to have dinner say 6 or 6:30pm @ the Platinum Lounge restaurant on the northeast side of the arena, and the restaurant directly under the seats on the south side. Come 7 or 7:30 they take their sweet time going to their seats. I can't really blame them, it is quite nice down there.
A

G.L.17 said:
I'd say 1st period too because the suits like to have dinner say 6 or 6:30pm @ the Platinum Lounge restaurant on the northeast side of the arena, and the restaurant directly under the seats on the south side. Come 7 or 7:30 they take their sweet time going to their seats. I can't really blame them, it is quite nice down there.
Click to expand...