theterribleone said:
All the streetcars will be gone. This is very sad, we will become another Phoenix, Atlanta and Dallas.
Click to expand...

js97 said:
Arts and culture? well... I don't think I should be funding someone elses 'hobby'. If the're really passionate and talented, they'll be fine selling their material to willing enthusiasts. The pretend artists can go ahead and get a real job.
Click to expand...


Mayor Ford's Toronto, everybody...
A

theterribleone said:
maybe the police will be contracted out.
Click to expand...

Rob Ford has said he stands 100% behind the police. When has he ever suggested he would contract them out?

Would that even be legal in Canada?

Asterix said:
Rob Ford has said he stands 100% behind the police. When has he ever suggested he would contract them out?

Would that even be legal in Canada?
Click to expand...


I believe he said he'd be hiring 50 more police. Way to stick it to the unions, Rob.
J


Will you fund my Mixed Martial Arts school, or maybe my ambition to semi-pro sports?

How does 25 dollars a year from every tax payer to fund my 'passion'?

SixPoints said:
Streetcars aren't going anywhere. It's just rhetoric to gather support from anti-transit Torontonians. Once faced with the reality of adding more buses and bus drivers (which means more salary expense) it will clash with his penny pinching mandate.
Click to expand...

Darkstar416 said:
Who are all currently building tram lines. OK, not Atlanta, but the other two.
Click to expand...


And that's the worst part, we will move back while those places move forward.

I am looking forward to lower taxes, though

Maybe he will support the NFL to Toronto.

js97 said:
Will you fund my Mixed Martial Arts school, or maybe my ambition to semi-pro sports?

How does 25 dollars a year from every tax payer to fund my 'passion'?
Click to expand...

js97 said:
Will you fund my Mixed Martial Arts school, or maybe my ambition to semi-pro sports?

How does 25 dollars a year from every tax payer to fund my 'passion'?
Click to expand...


Demonstrate the broader economic impact of your MMA school, the indirect jobs it creates, and the increse in tax revenue that it brings and we'll talk.

I have yet to see what Mr. Ford plans to cut (except for 'waste'). My guess is that the garbage contracts will be tendered, as he's seen that process happen on the west side (although I'm not certain what the implication of busting that contract so early on will be for the city.)

Not replacing retirees and maybe trying to buy out some employees with an early retirement package?

Will Ford be the mayor for the Pan Ams in his first term? That would go a long way towards telling me the fate of Waterfront Toronto funding.

The Queen's Quay re-do is pooched. Porter gets its bridge. The extra cash thrown at beautification is slashed.
G

GraphicMatt said:
I'd support various tax breaks and incentives for people who are establishing teams, leagues, facilities, etc. in the city. It's smart policy.
Click to expand...

The Y-U-S line if Ford gets his hands on the TTC budget. 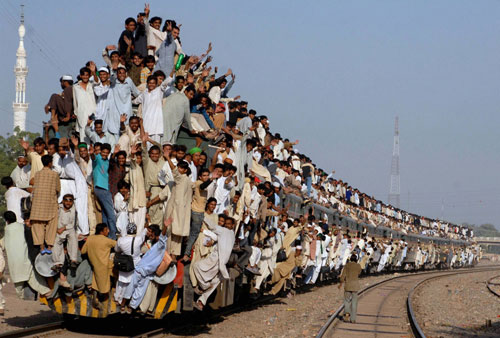 So will all the suburban whiners and losers move back to Toronto if Ford wins? They have to put their money where their mouth is.

theterribleone said:
We are going to get new highways and artery roads. We will see lower taxes and worse service as a result.
Click to expand...

Road builders and pavers are breathing a sigh of relief as asphalt prices backed off a two-year high, but they still confront challenges as work generated by federal stimulus money dries up and private jobs are at a standstill.

"At that price, everyone just pulled the plug on projects," Mr. Hoffman said.

In recent weeks, however, the price in eastern Pennsylvania retreated a bit to $493.
Click to expand...

Better hope that the price of oil stays down. If, sorry when, the oil prices go up, road building and repair will become expensive again. Wonder what magic Ford will have to keep the price of asphalt down so he wouldn't have to increase taxes to pay for the increases outside his fiefdom.
[SIGPIC][/SIGPIC]W. K. Lis
A

I'd like to go on record as opposing the premise of this thread, since I think we are a very, very long way from a situation where we need to be battening down the hatches for a Ford mayoralty. As I have noted in other threads, if you compare apples to apples across polls his support has been identical since mid-August. Much of the sticker shock at the 46 percent figure comes because its universe is decided voters, as opposed to the likely voters used by most Toronto polls.

That said, I can't help but contemplate what a Ford mayoralty might look like. The issue I keep coming back to is streetcars, the loss of which I would find heartbreaking--to say nothing of financially ruinous and a calamity for transit. Here's hoping that's just a silly bit of electioneering as suggested above. Does anyone know for sure what procedural steps would be required to actually move toward removal, eg how much could be done at ExComm/TTC board level, rather than through Council?

However, I had another thought. Let's say Ford wins, and does so with reasonable support in the core. Is that better for the core, since he won't see it as hostile territory to smash and grab, or worse, since he will feel he has a mandate in imposing his harebrained policies (eg, streetcar removal) there?