Actually, I prefer this red. I think it looks (somehow) more sophisticated with its darker tones. I recognize that this is a purely subjective opinion. It's not too subdued but it's also not too "hey look at me!" 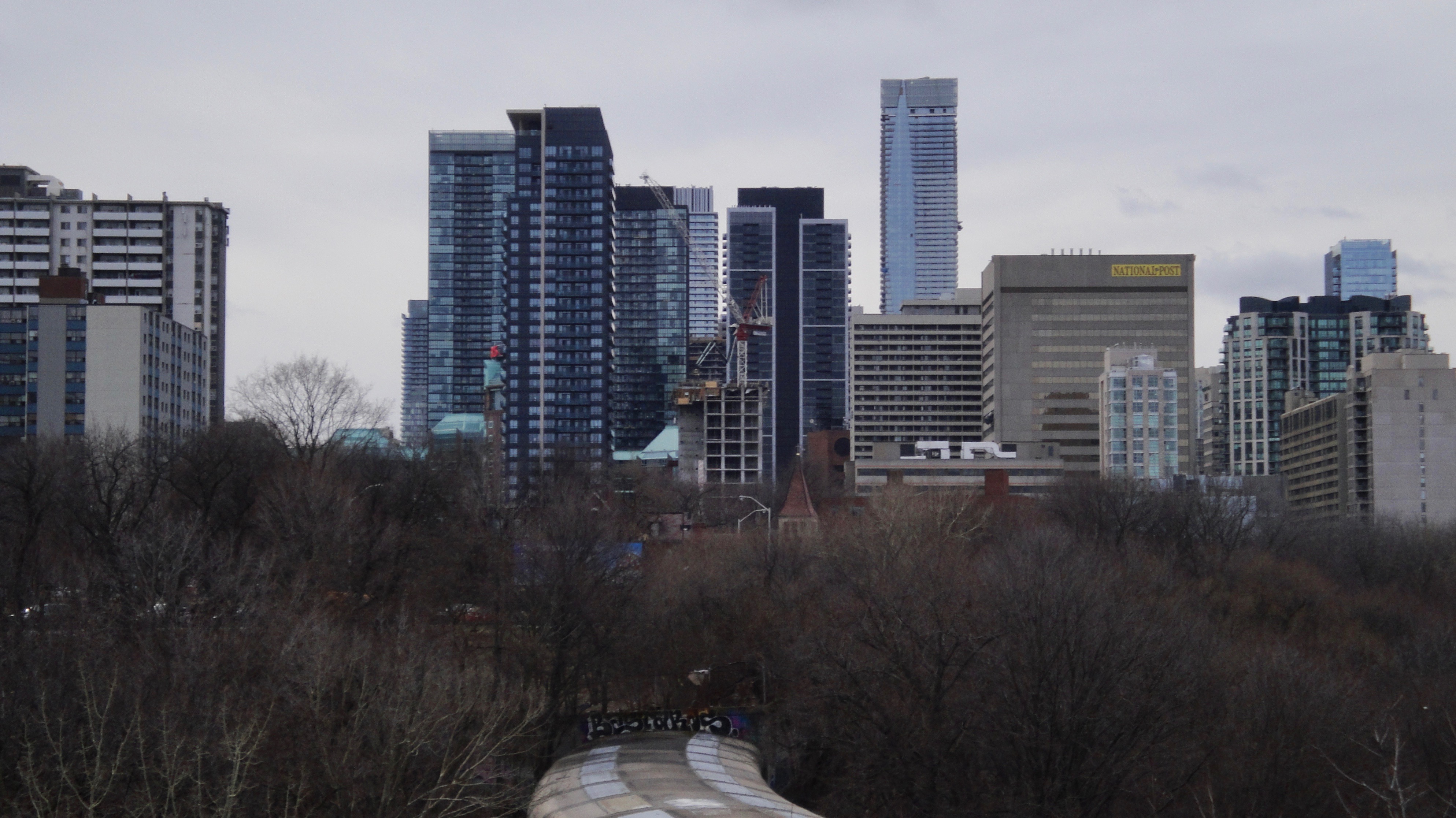 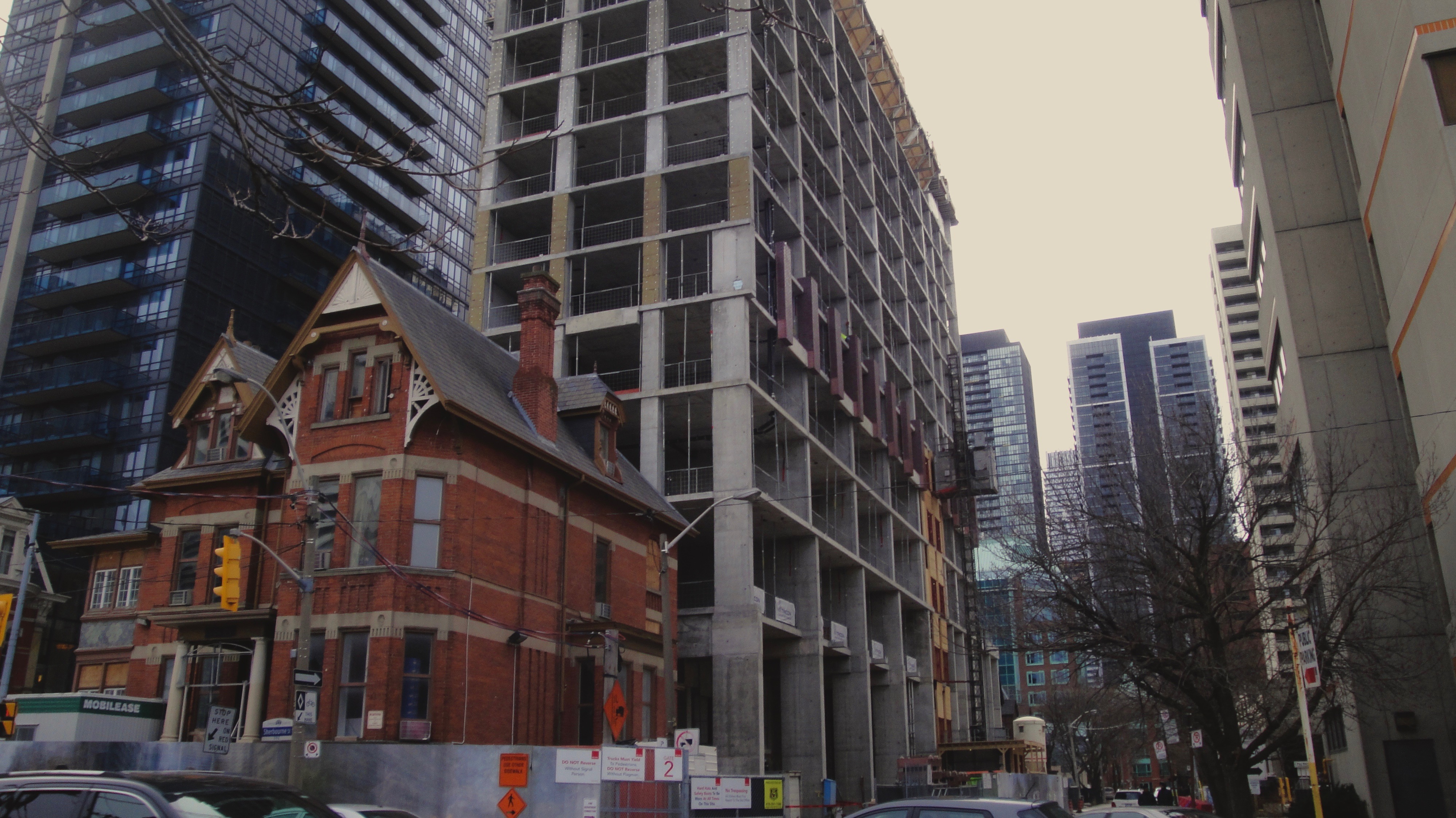 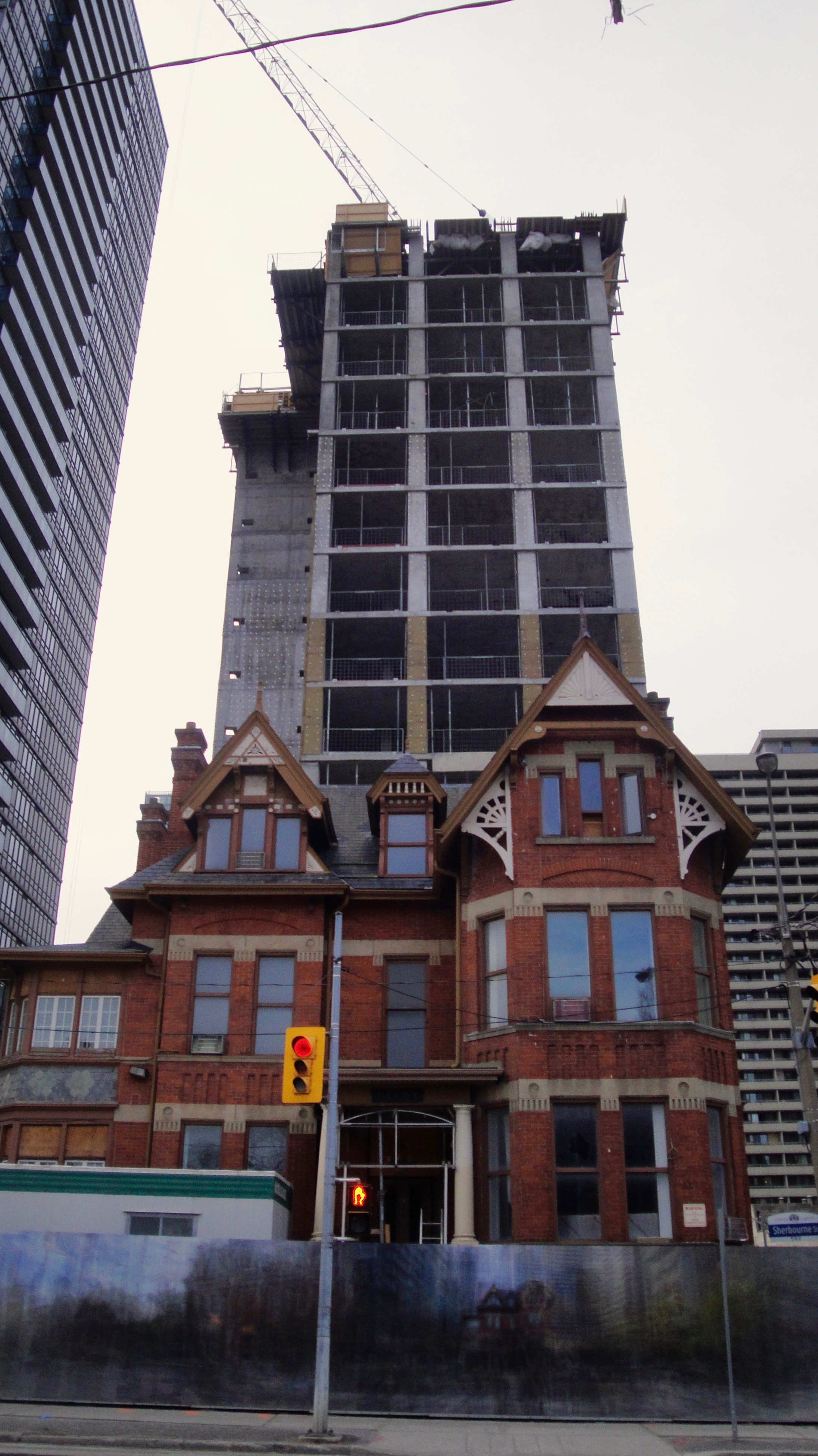 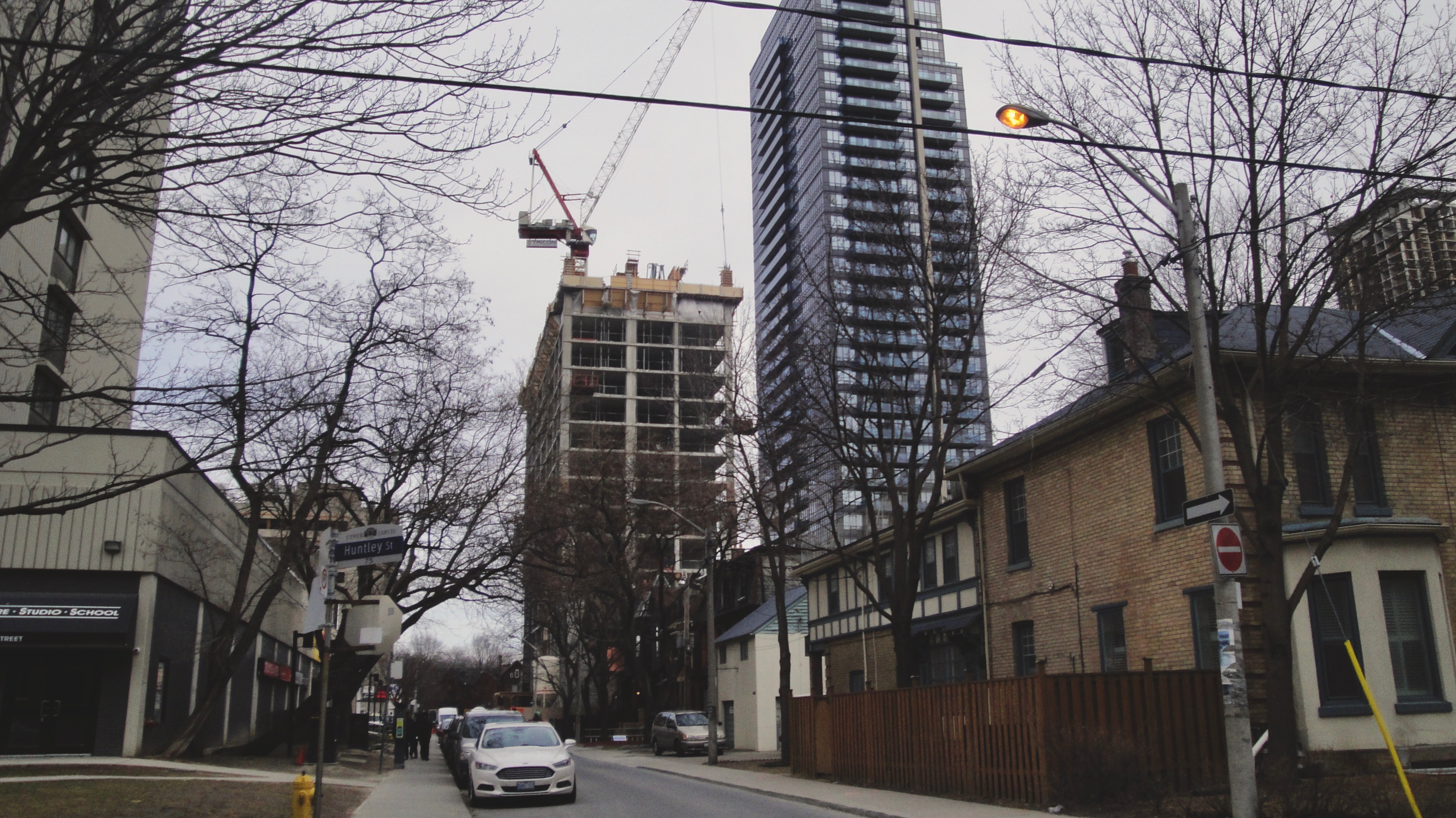 The images on the hoarding are interesting- kind of creepy and haunting. 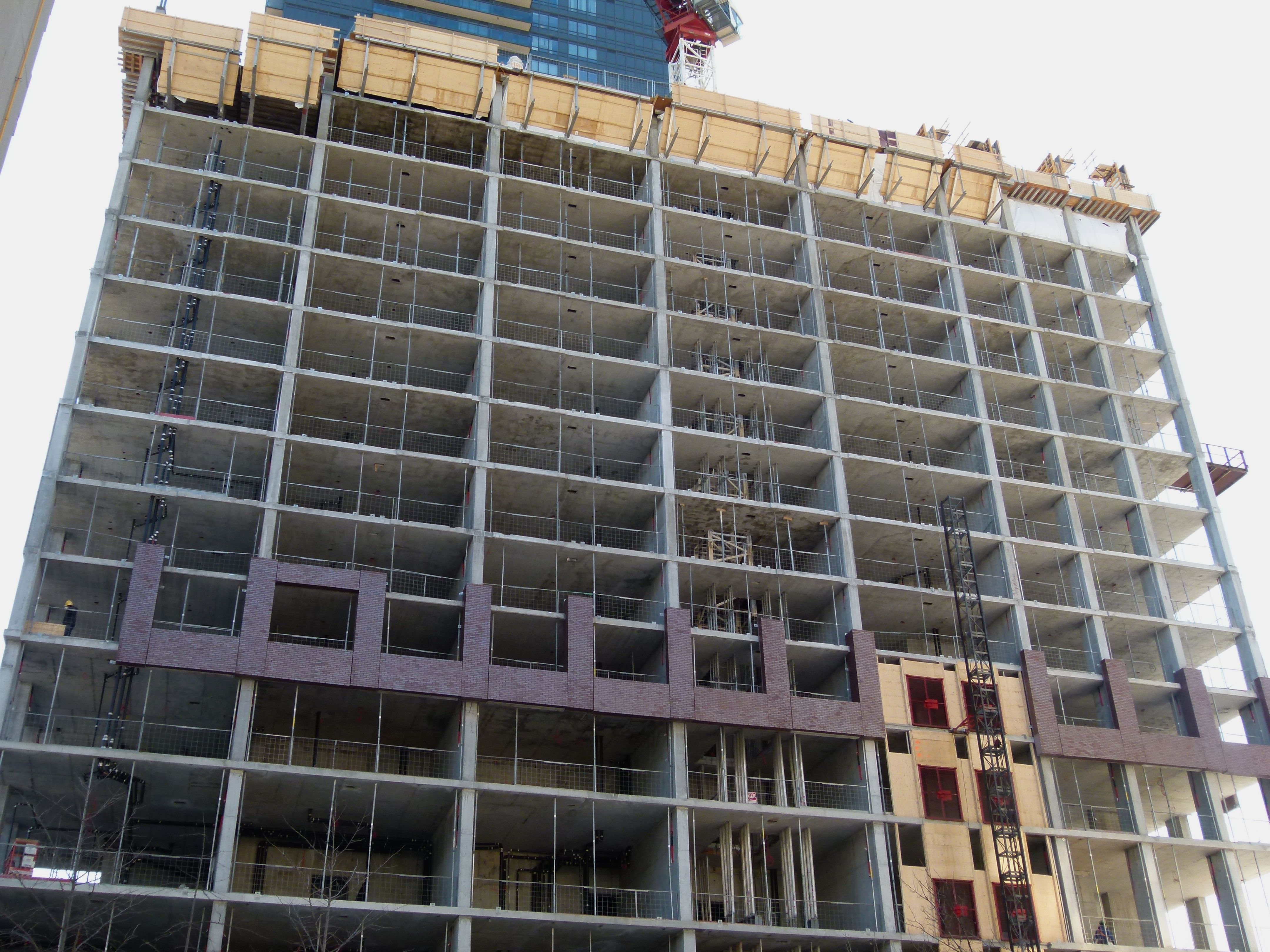 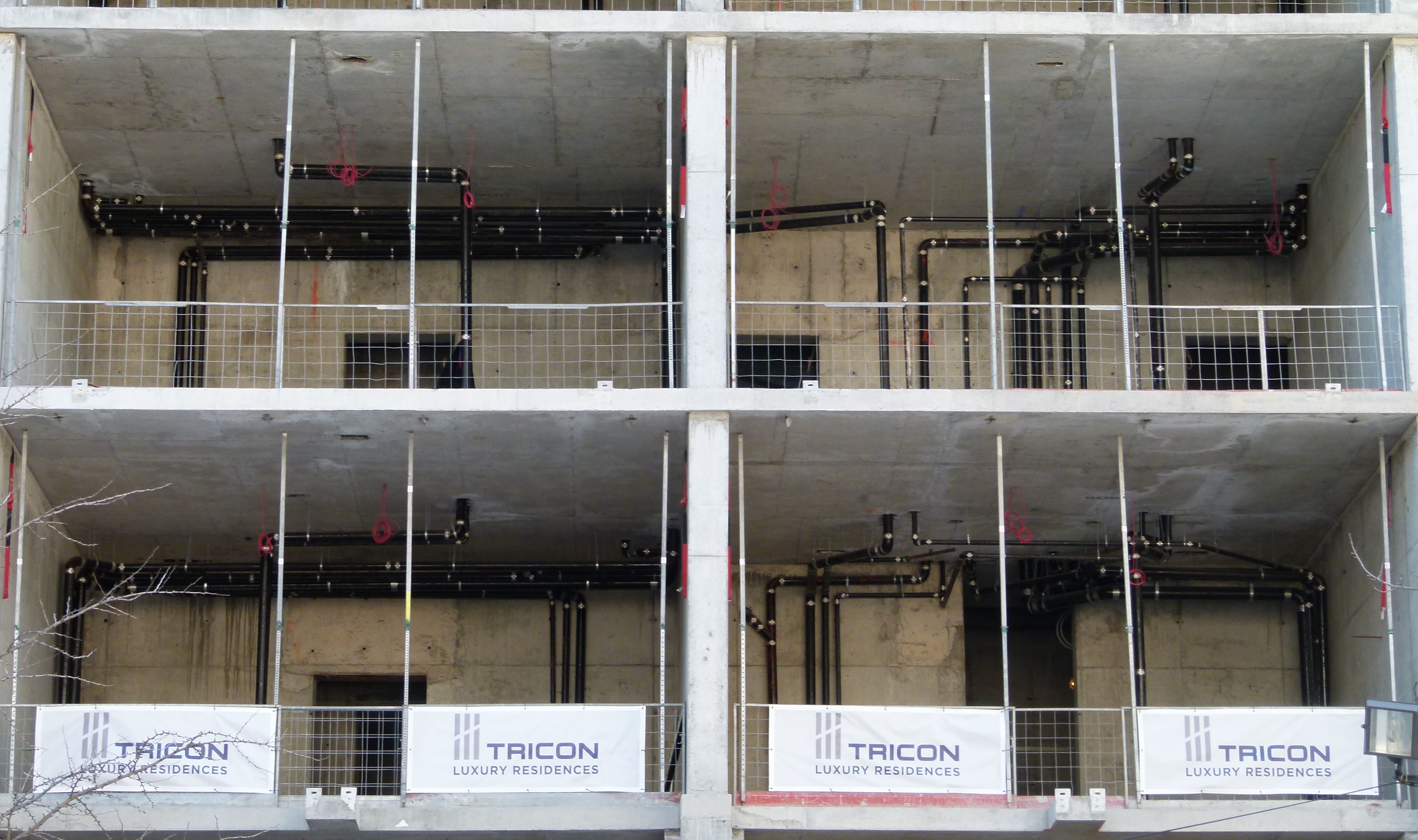 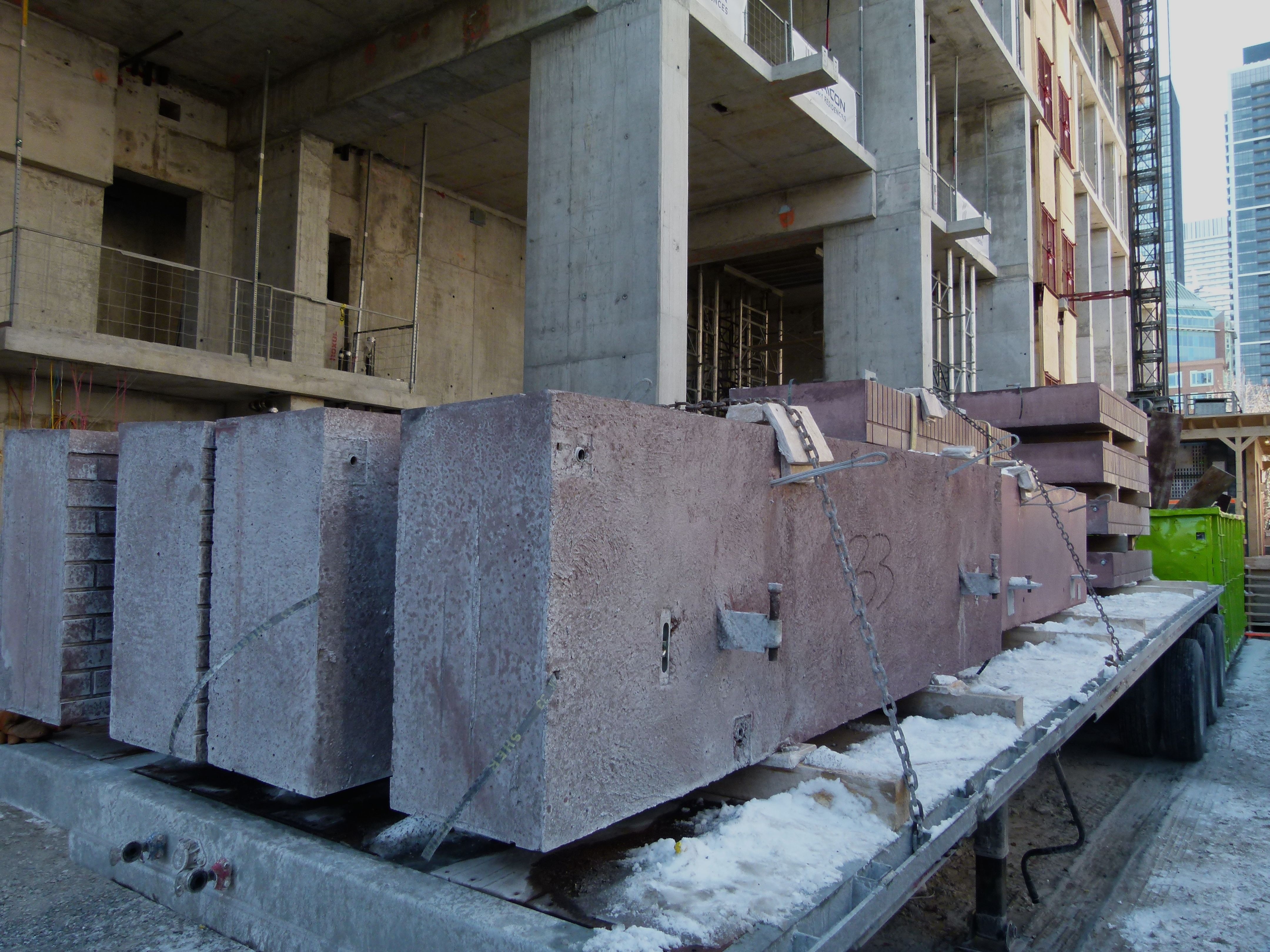 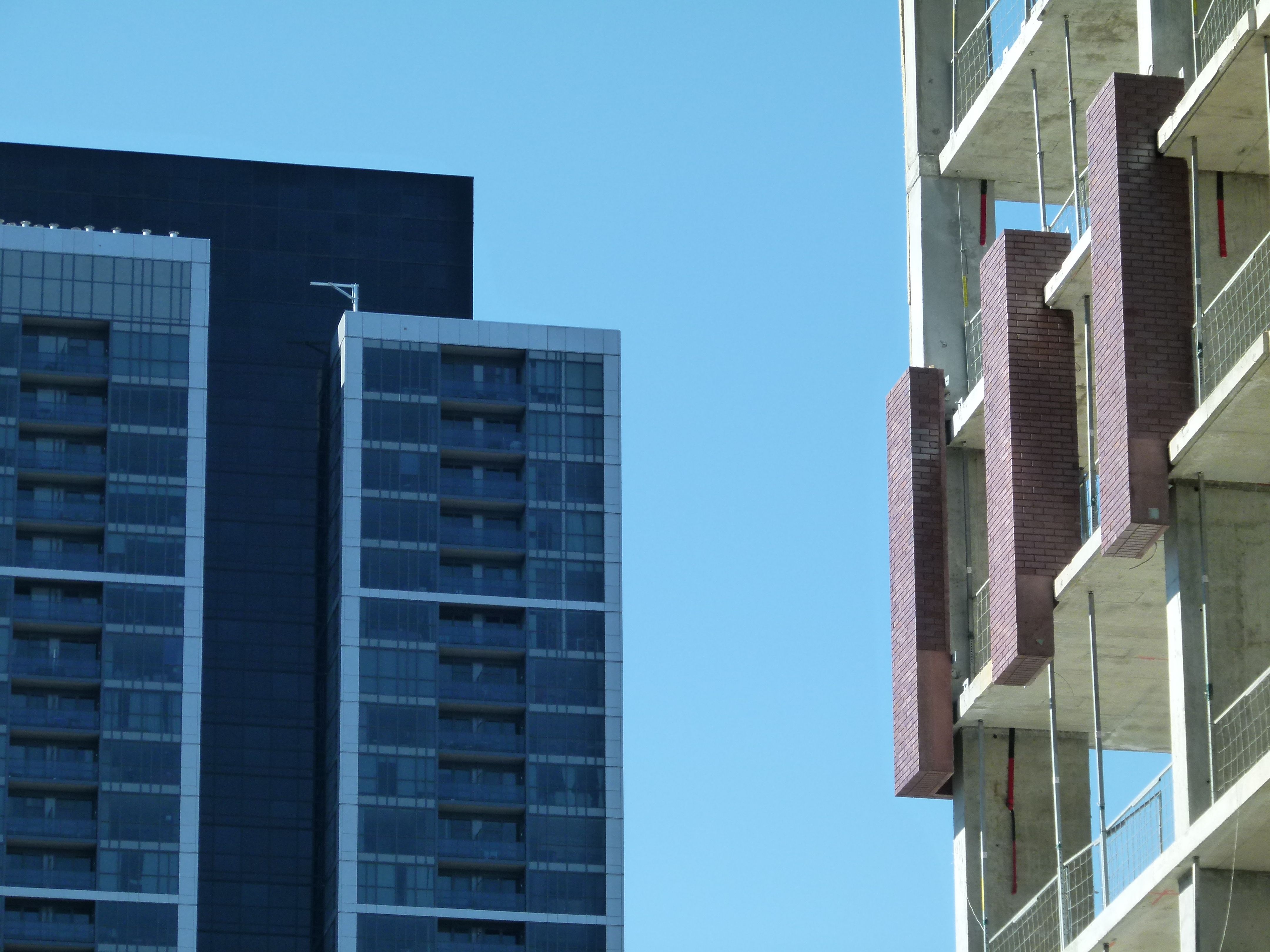 Wow, it goes positively purplish in the shade. Looks like they have some levelling and adjusting to do before those brick panels end up in their final resting place. I wonder if that's something that waits for the windows to go in.

Even though the "bricks" are precast, hopefully the unique colour will inspire greater variety in cladding choices in the future. Grey cladding, whether brick, metal, or glass, has been overused in the past decade.

They aren't "bricks", they're bricks, and I've talked about it before at length in this thread and others like the Daniels Waterfront thread. In this case, the concrete is poured after the bricks have been configured for a panel.

interchange42 said:
They aren't "bricks", they're bricks,
Click to expand...


Anyway, don't mind if I repost your post from the Daniels thread (for those who need it).

I've written about this a number of times now. There are different types of precast brick panels.

The cheapest type is where the concrete is laid into a mould with the brick pattern in it already. That stuff is typically erected with the panel in a neutral concrete colour, the bricks getting stained once the panels have been installed on the building face. That's how it was does at King West Life in Liberty Village, for one example.

More frequently these days, bricks, yes actual bricks, are laid into a mould, spacers are placed between them, and then the concrete is then poured in as a structural backing. After curing, the panel is removed from the mould, the spacers are removed, and you've got a real brick panel to hoist into place. This allows builders to put brick high up on buildings without having to erect either massive scaffolds beside the walls, or dropping movable stages over the side.

Besides the more efficient fabrication of the brick panels, the panels are expected to be lower maintenance, longer lasting, and have a higher R value.

When you see varying tones in the bricks of a panel, that's a pretty good indication that you're looking at real brick.
Click to expand...

In addition to its aesthetic qualities, it's quite an interesting form of cladding in how it's made. This is going to look so good! That cladding just exudes confidence and class.