I hope the new park between pinnacle 1 Yonge and Sugar Wharf condos looks as high quality as this. Berczy Park & St Andrews Playground feels elevated to this level, possibly even Grange Park which I like a lot. Maybe the redeveloped David Crombie park will have a shot as well as the Moss Park redevelopment. I realize these are all concentrated in a few small areas but I feel like I am seeing some progress over the past few years.
N 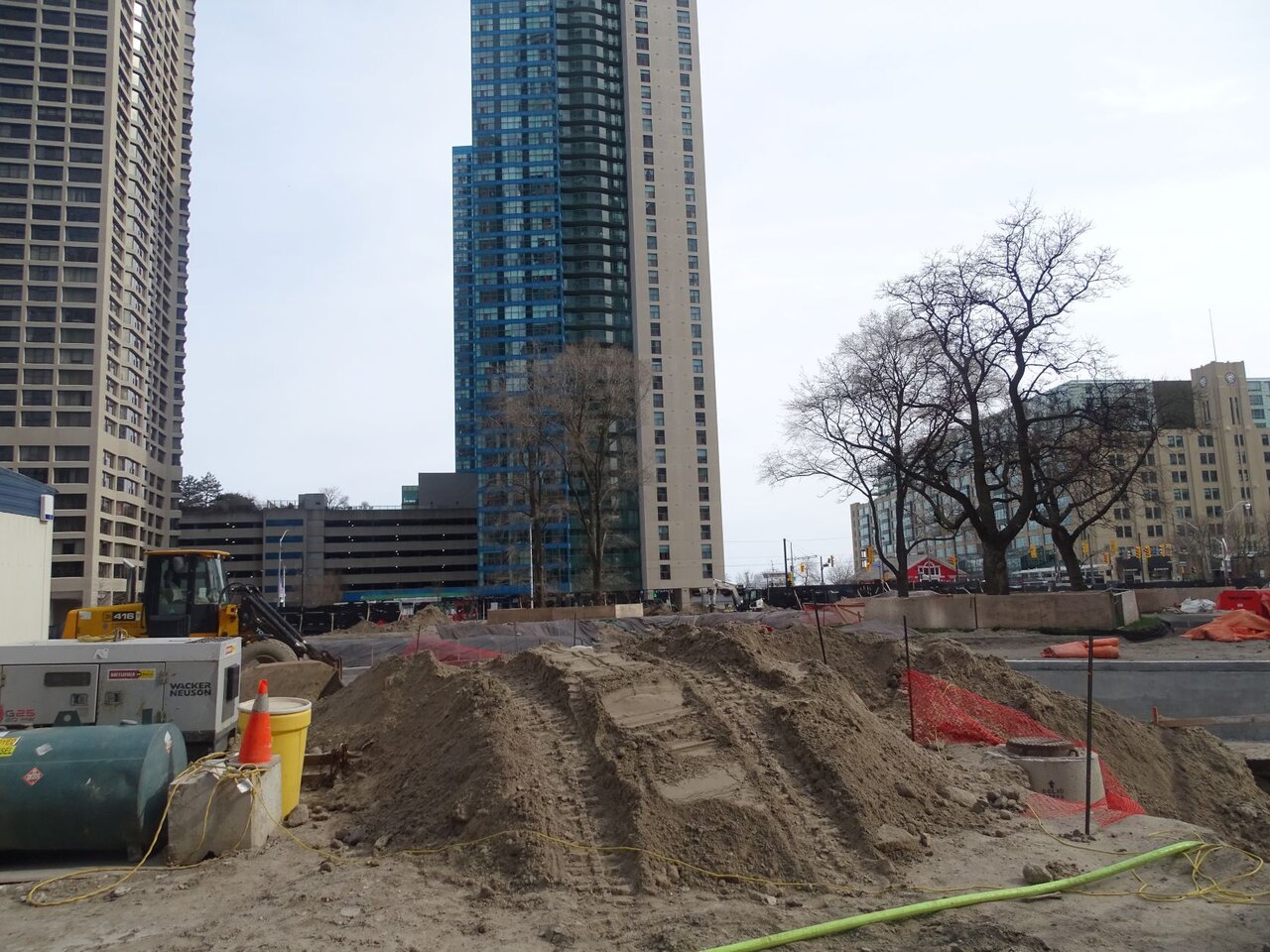 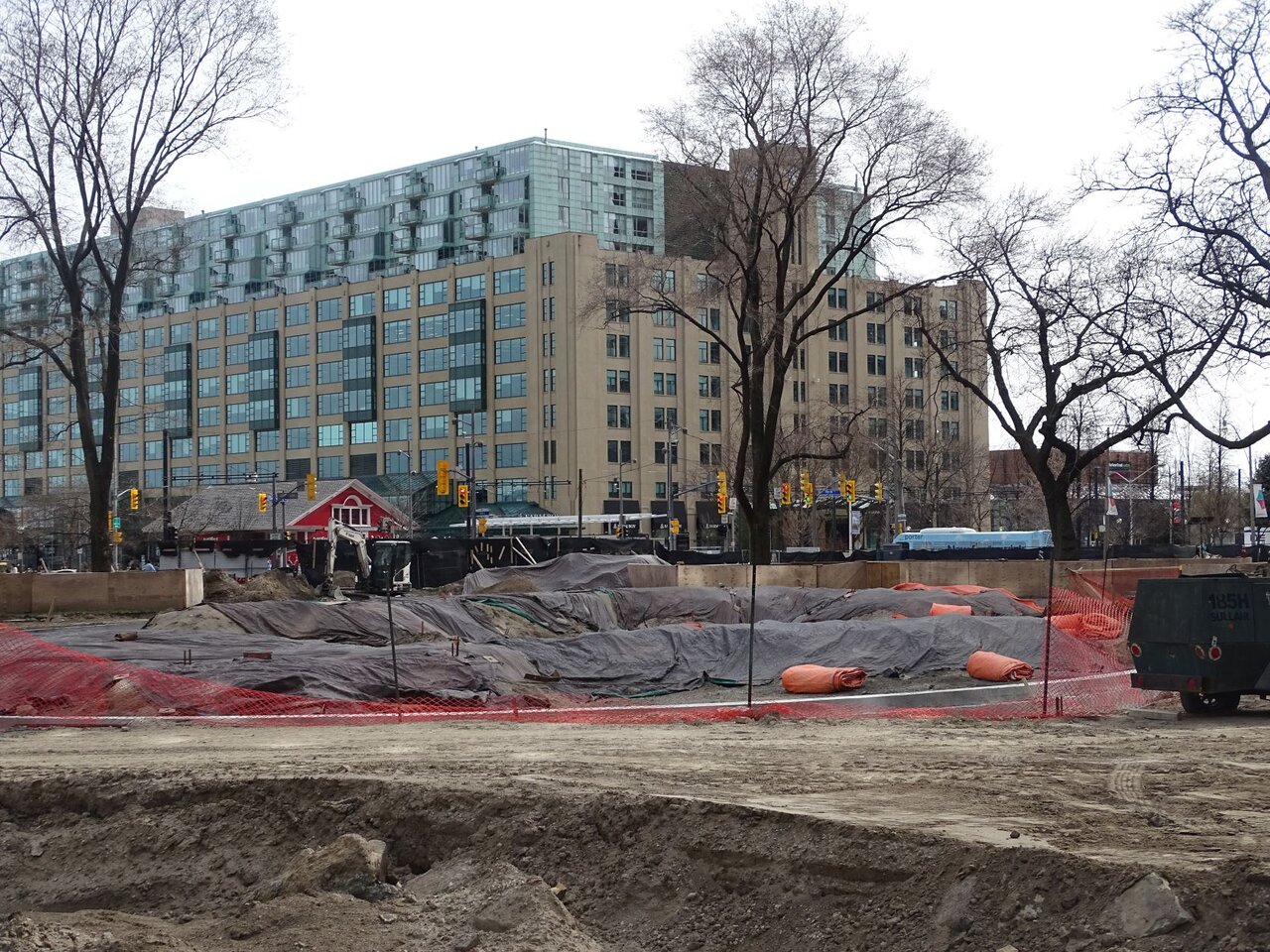 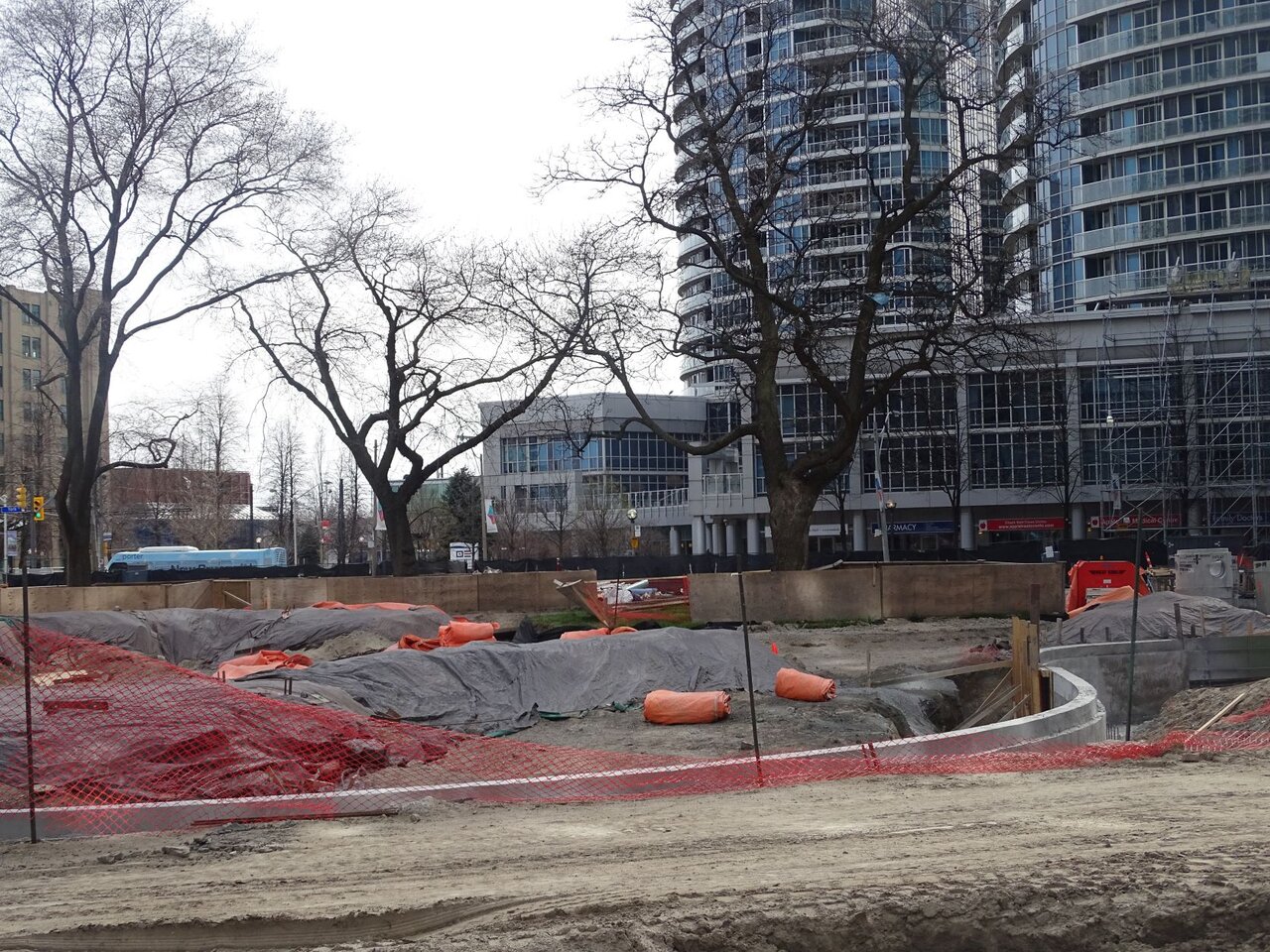 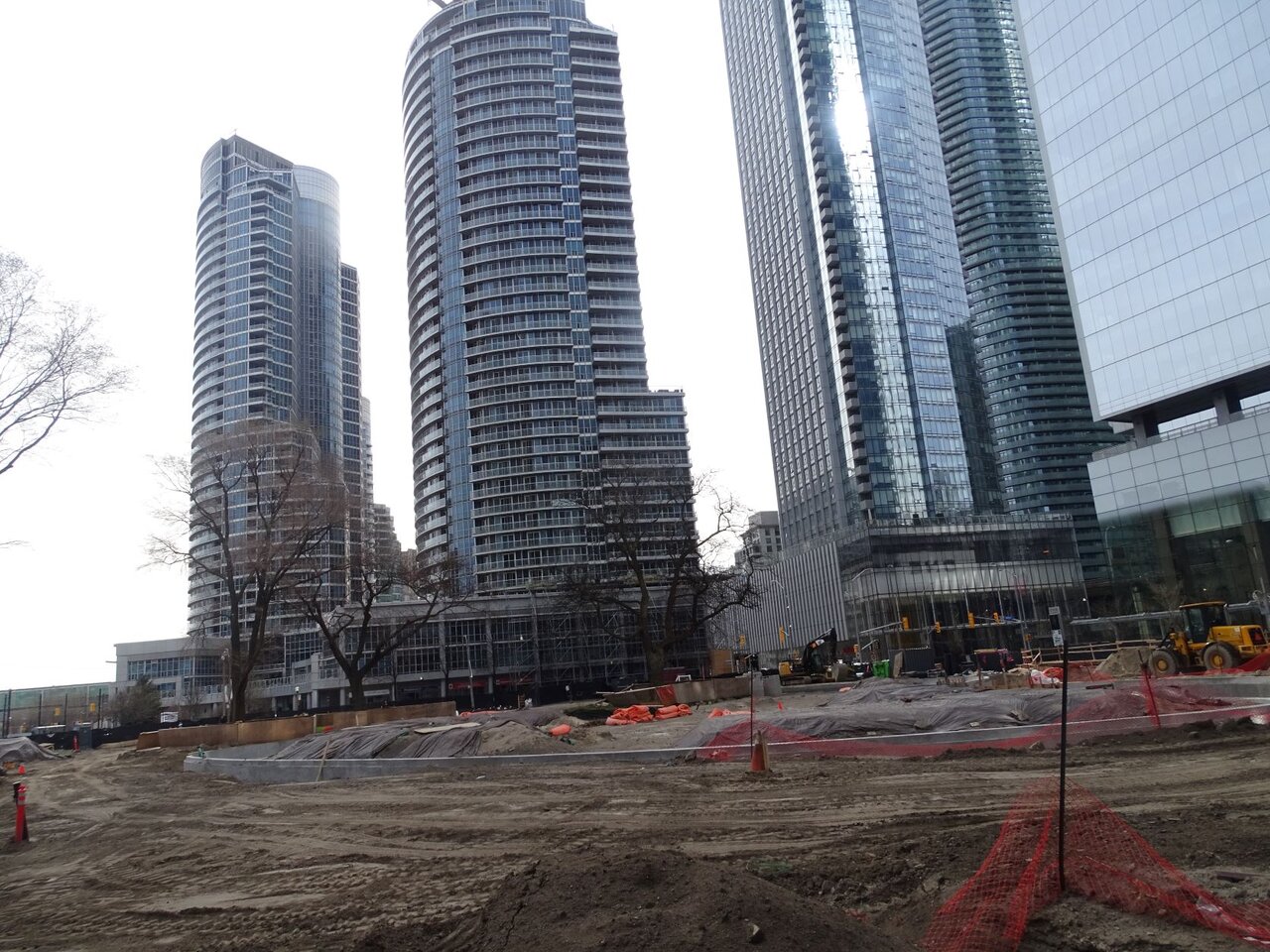 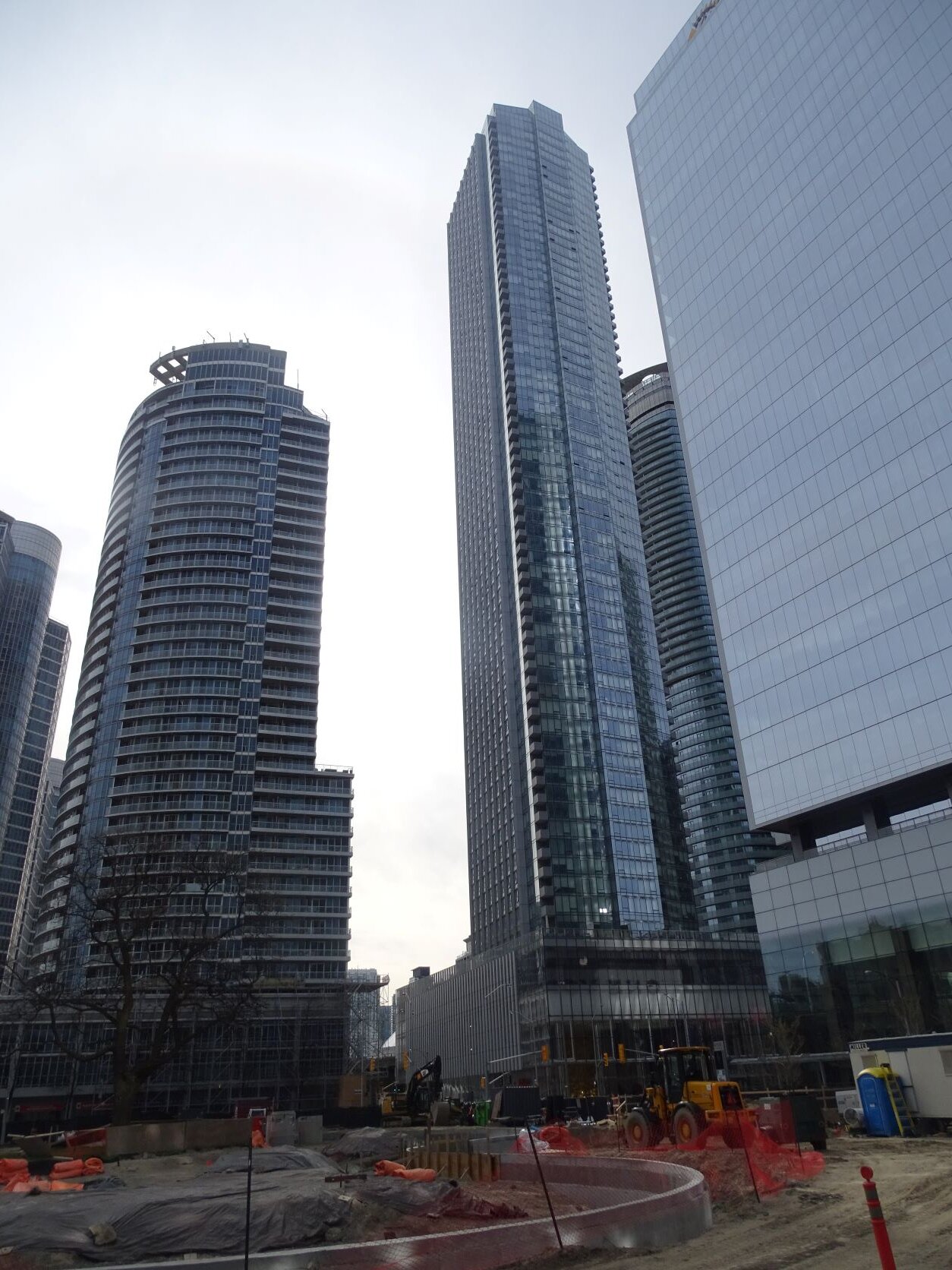 Would love to see another overhead shot. Anyone on here work in the office buildings surrounding the site?

Tunafish13 said:
Would love to see another overhead shot. Anyone on here work in the office buildings surrounding the site?
Click to expand... 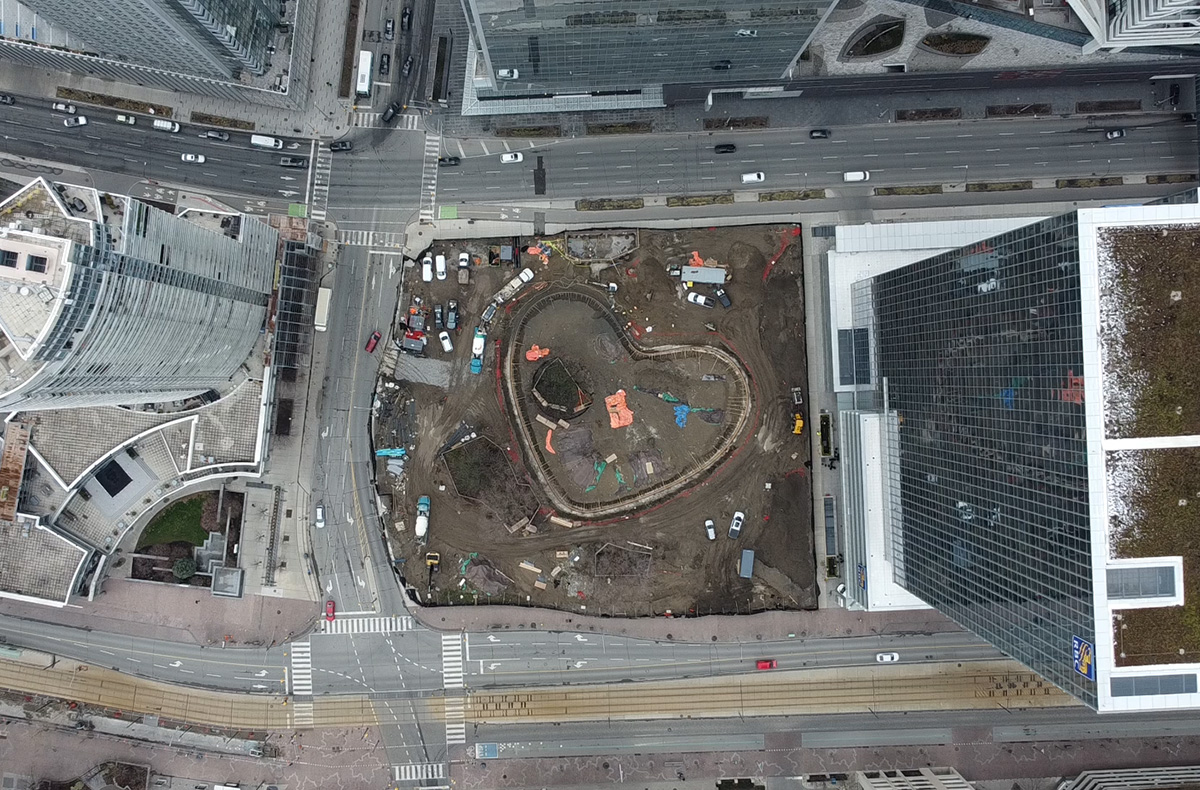 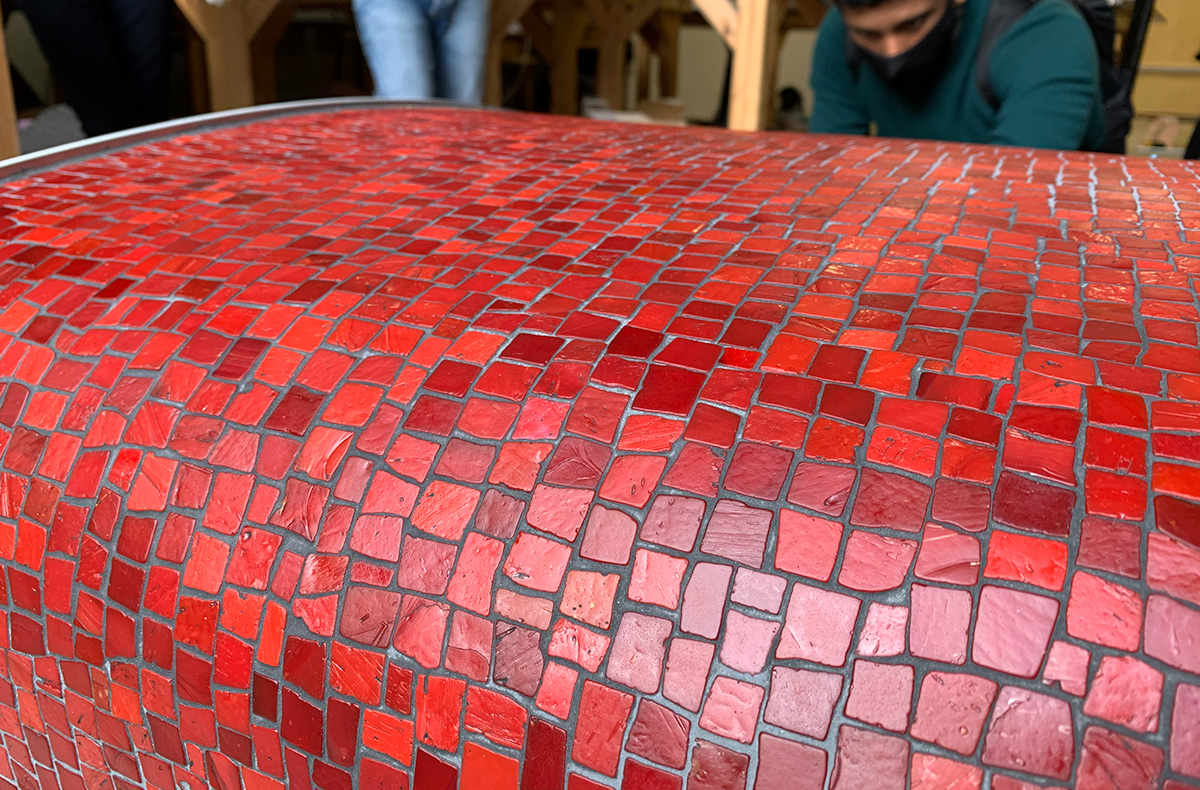 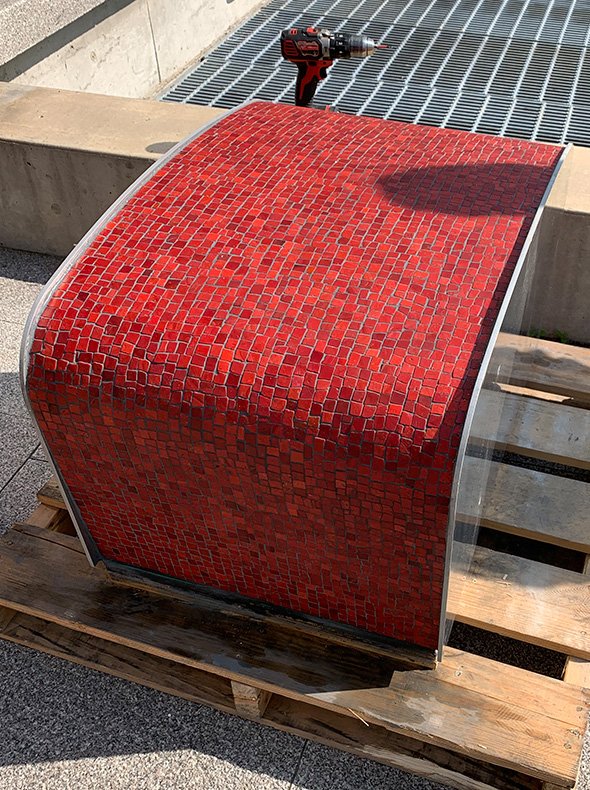 This is an icon in the making! I'm already in LOVE with Love Park!

Is one of the trees dead or just starts to grow leaves at a different time than the others?

APTA-2048 said:
Is one of the trees dead or just starts to grow leaves at a different time than the others?
Click to expand...

Looks dead to me, I assume it was sick and the excavation all around pushed it over the edge. Let's hope they plant a decent sized replacement. 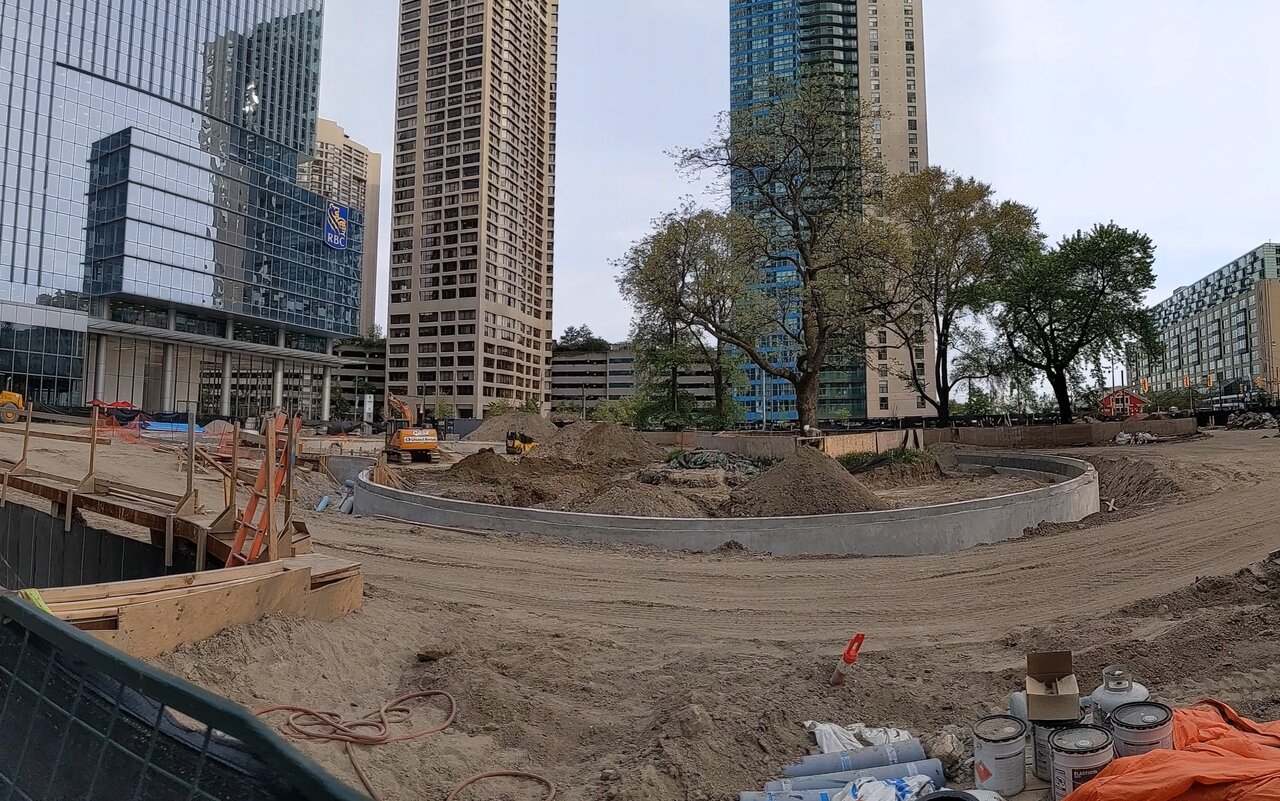 The southernmost tree, next to Queen's Quay is a Chinese Elm........it looked a bit rough before the park project.........I'd be guessing here, but they do have to deal w/Dutch Elm disease just like a our native elms...........though they usually hold up a bit better.

Tree on the York St. side should be a Silver Maple I think and it looked pretty good last year and in the photo above; though it did have some premature yellowing last September as seen in Streetview.

The tree that's meant to be the island in the heart feature is a Northern Catalpa. Still a bit early to judge this one, they are very late to leaf out here normally, late May or early June even. They are really a more southerly species, their name notwithstanding.

Not sure I can get a better view in person, so I'll just say for now, let's have another look in about 7-10 days. I think the other southerly tree is also Chinese Elm, I'm pretty sure that's what I recall seeing on the diagrams.
An environmentally conscientious, libertarian inclined, fiscally conservative, socialist. 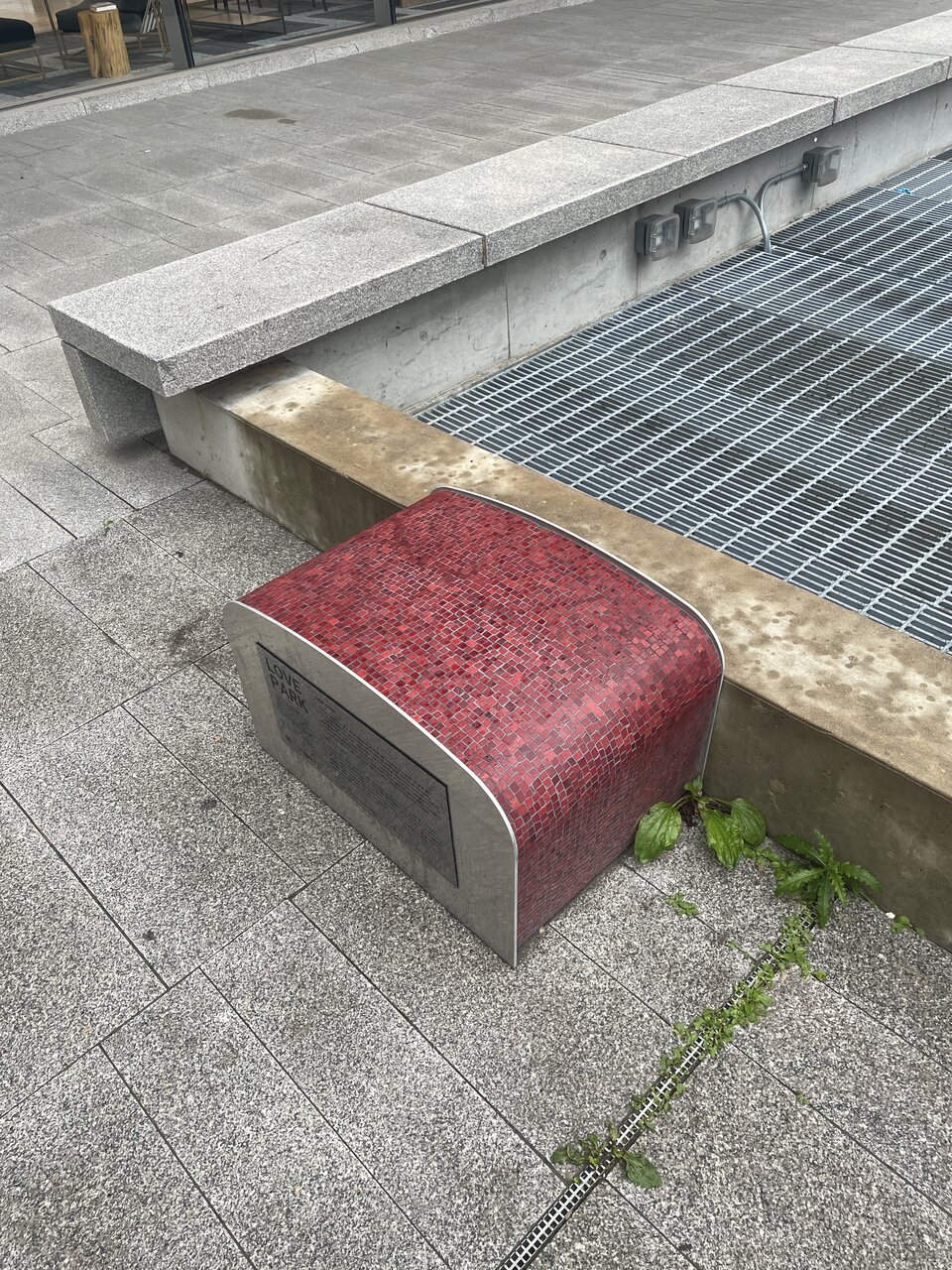 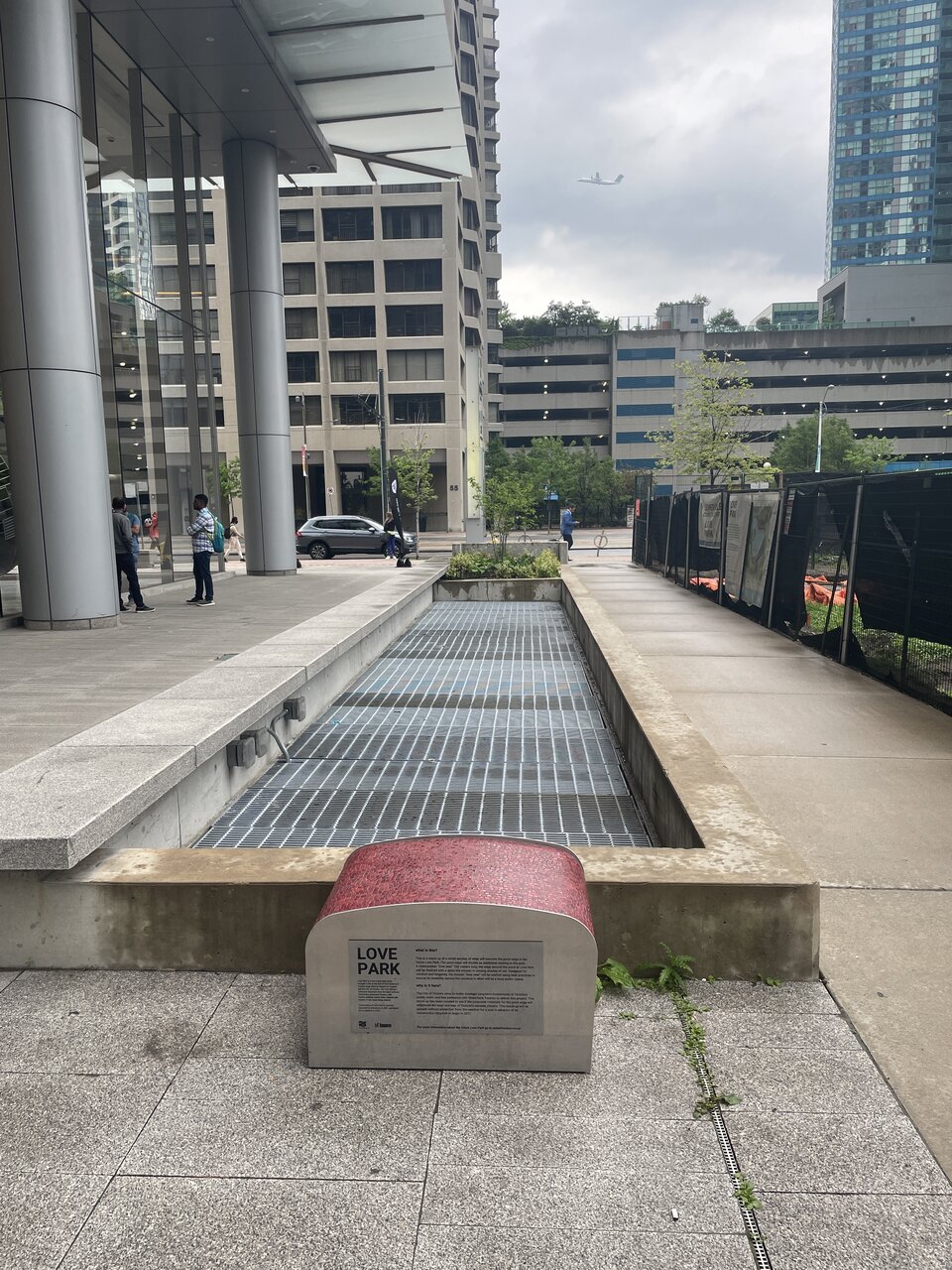 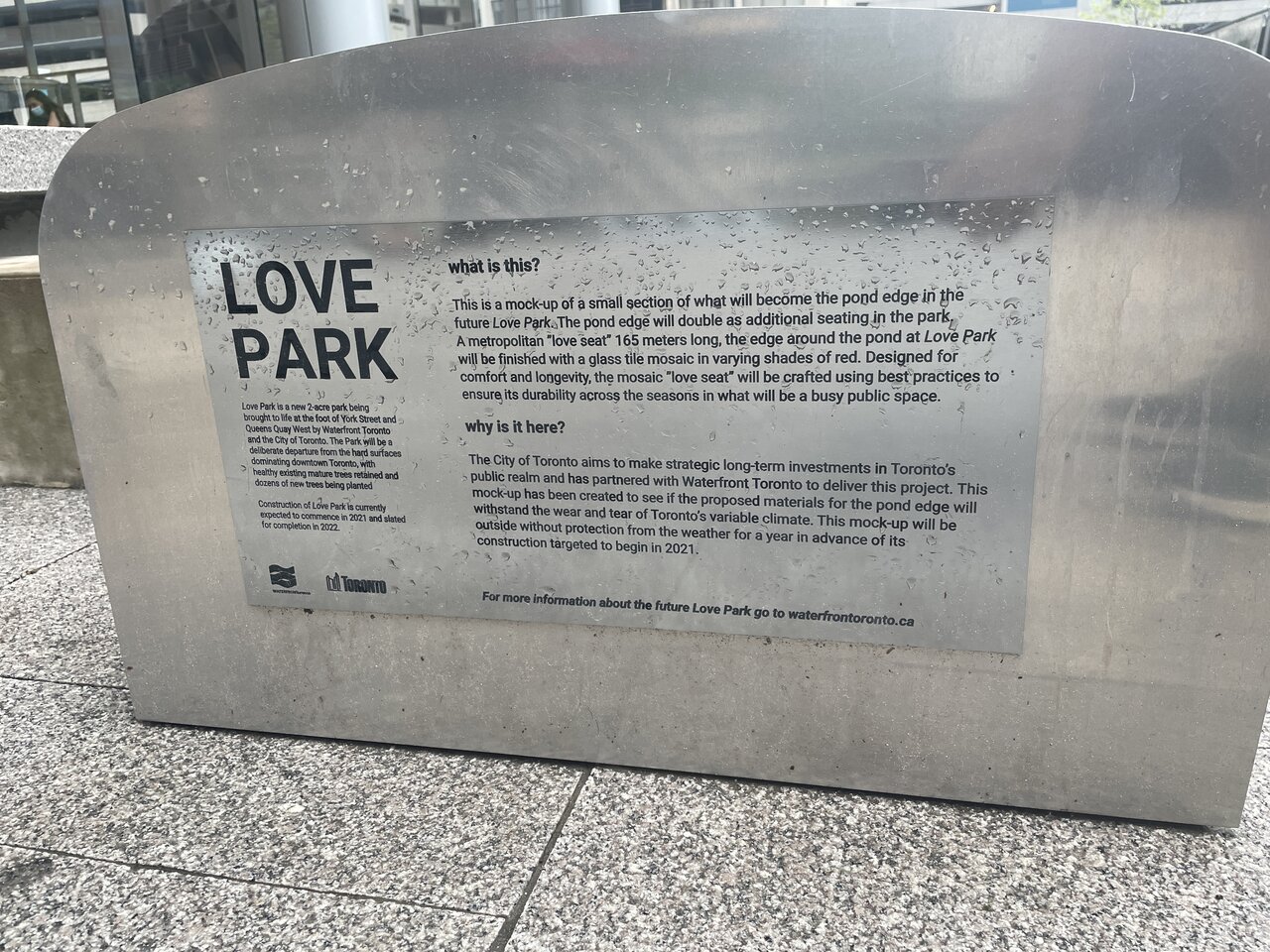 Though it is great that the City can do 'classy' things like this, it does highlight the many occasions when they screw up.

DavidCapizzano said:
That tile mock posted above is actually on site beside the park with a little plaque - it’s between the construction site and water park place if you would like to check it out IRL

Looks like it's aging better than the landscaping around it (with the partially filled in drainage channel and the fecund weeds off it). 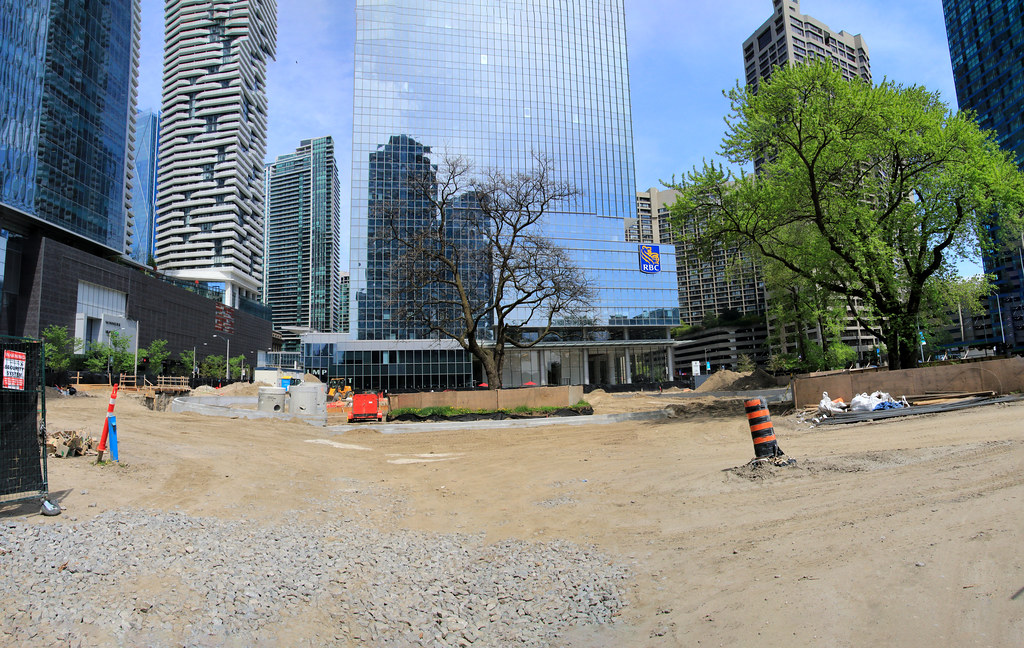 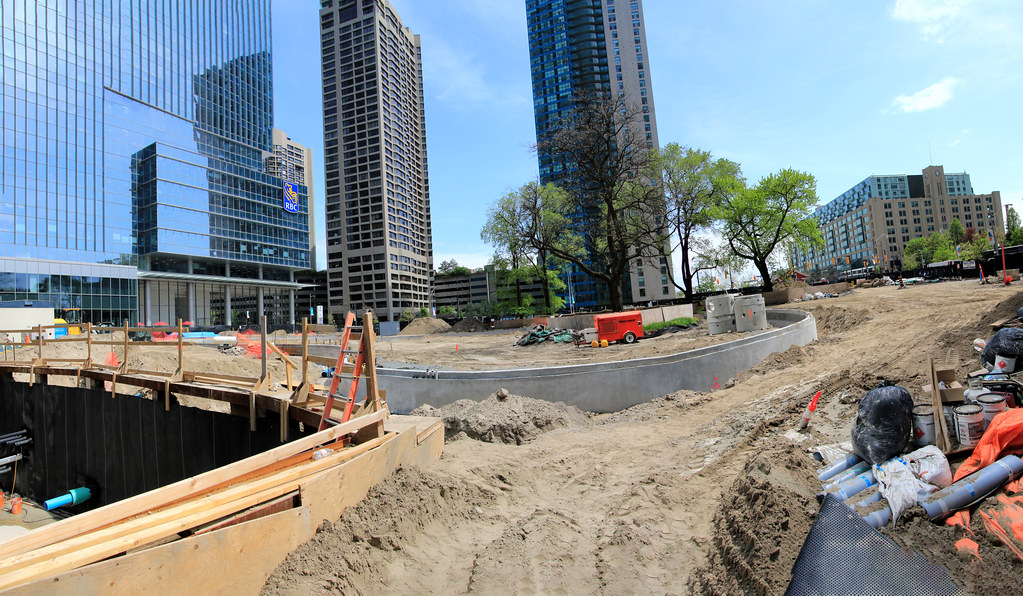 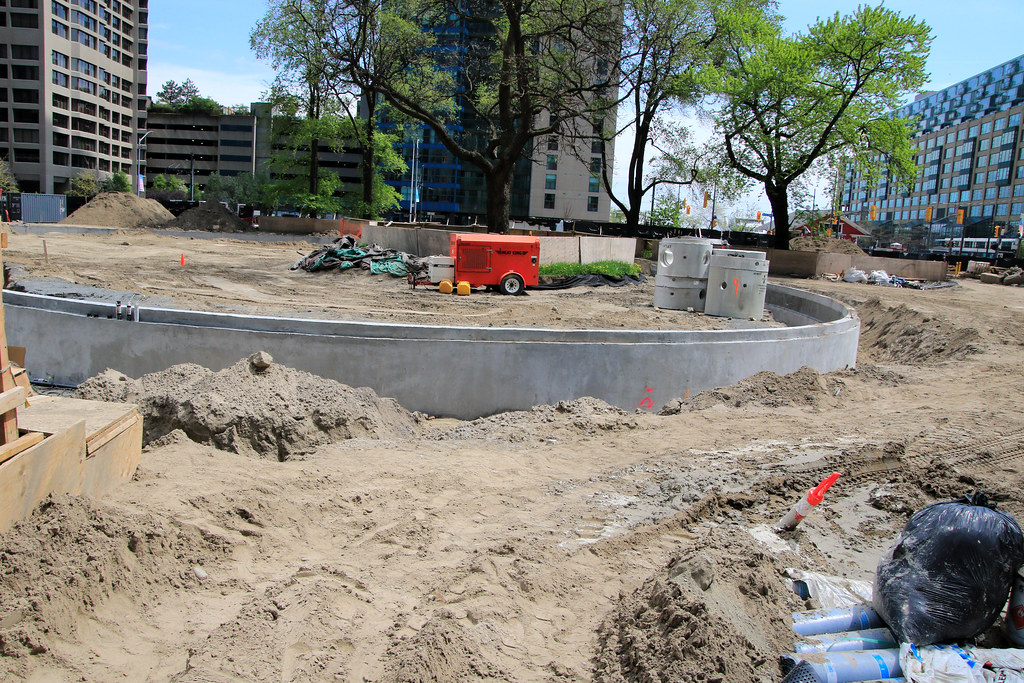 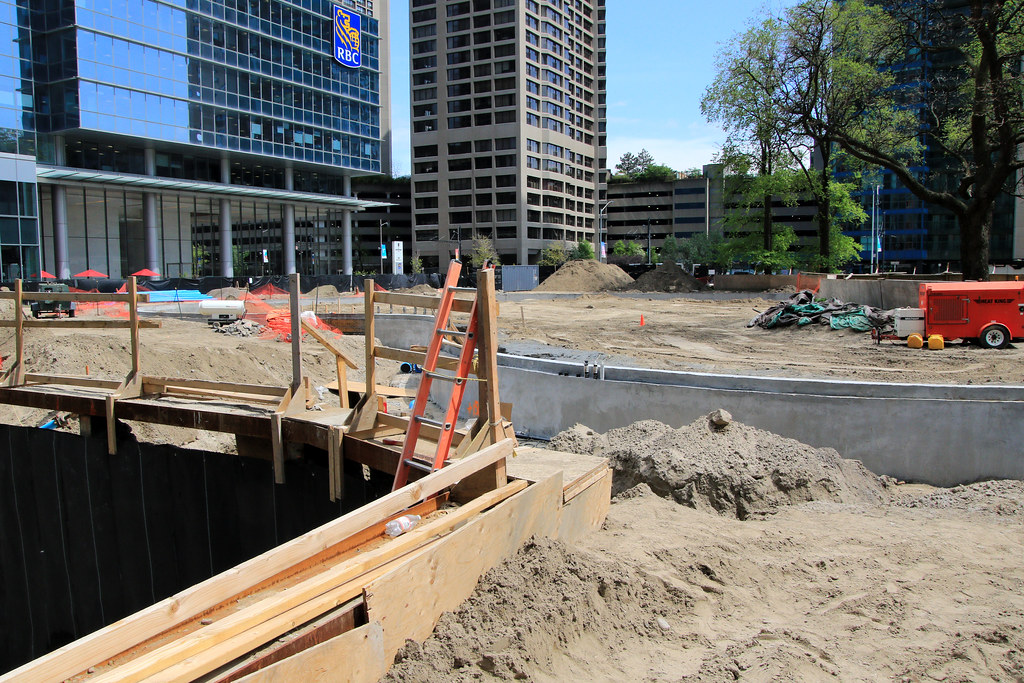 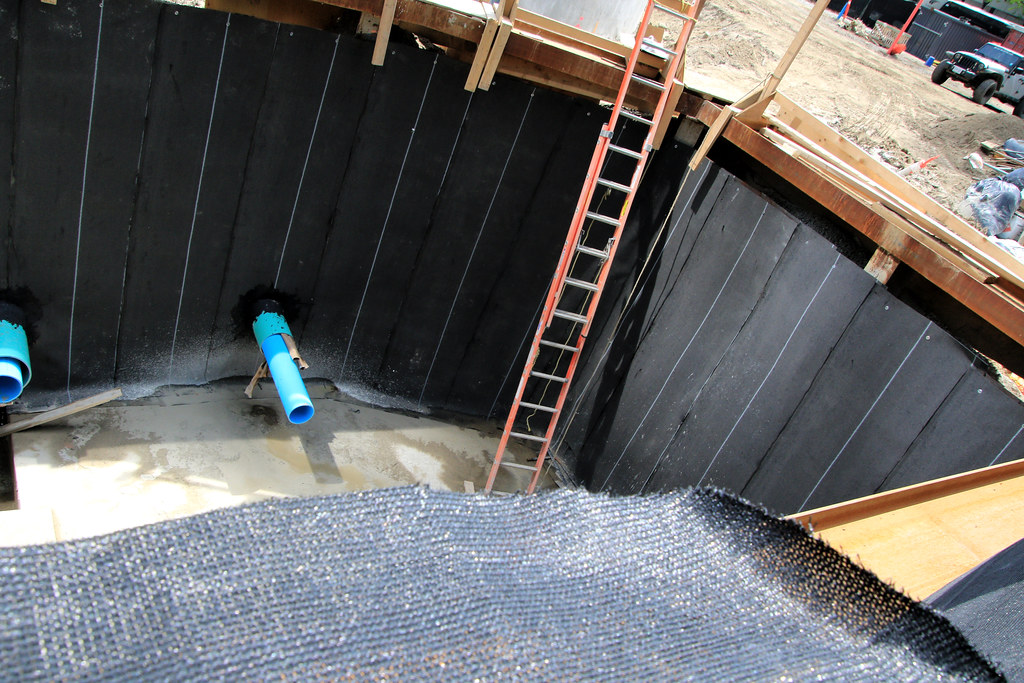 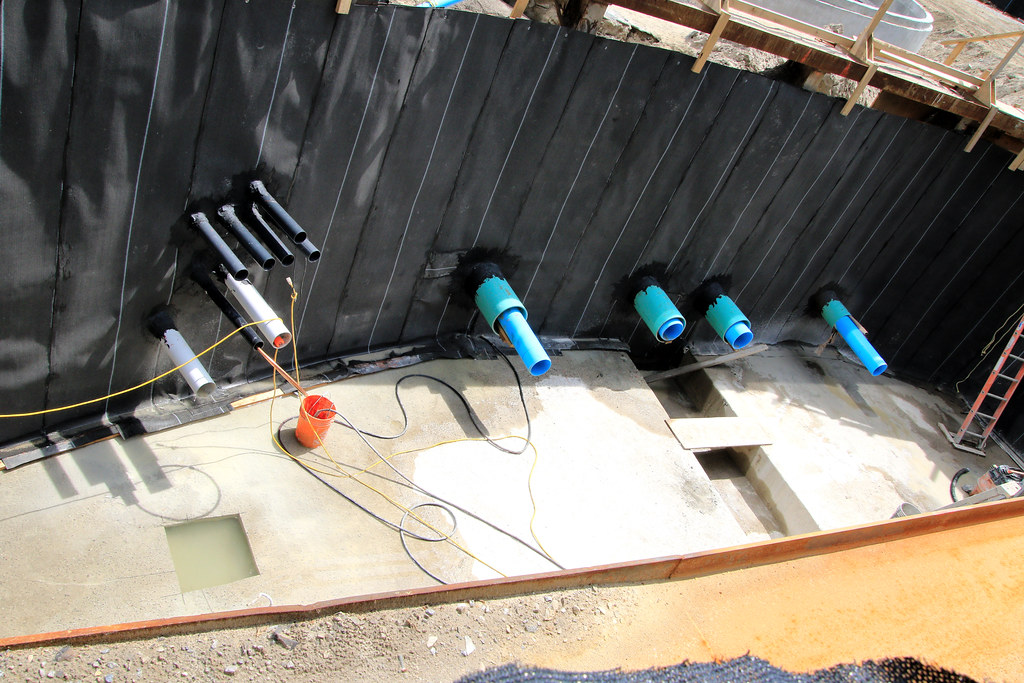 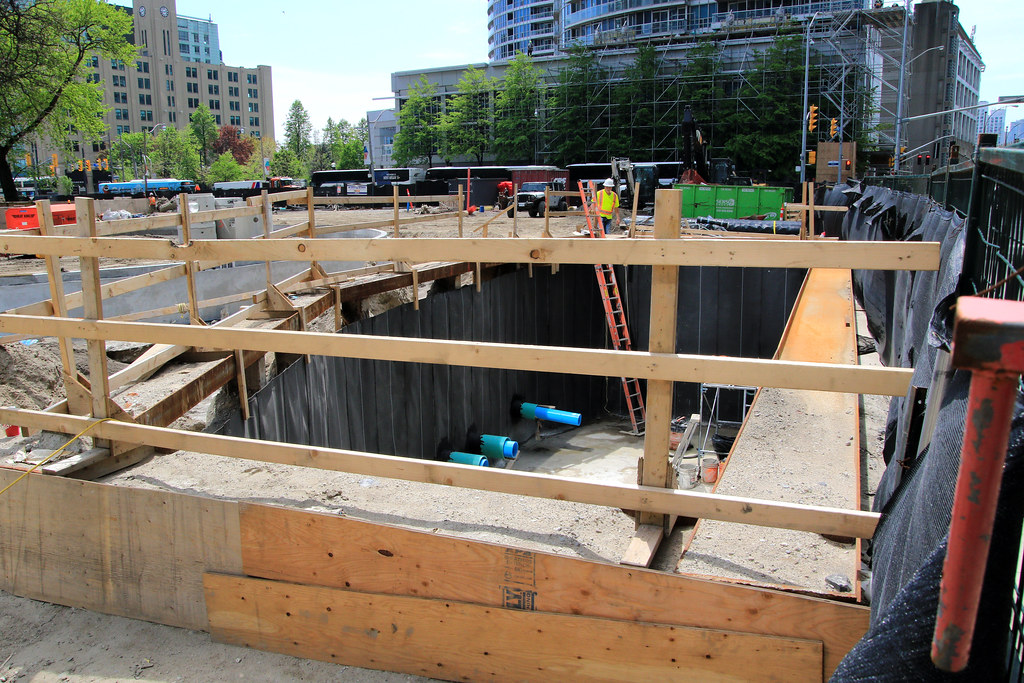 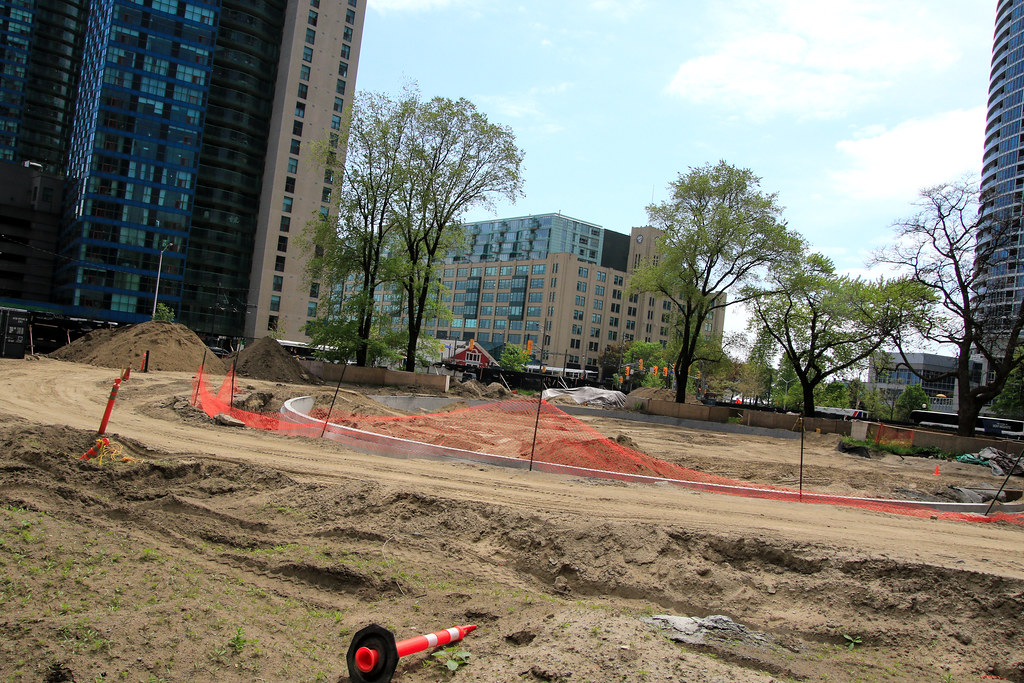 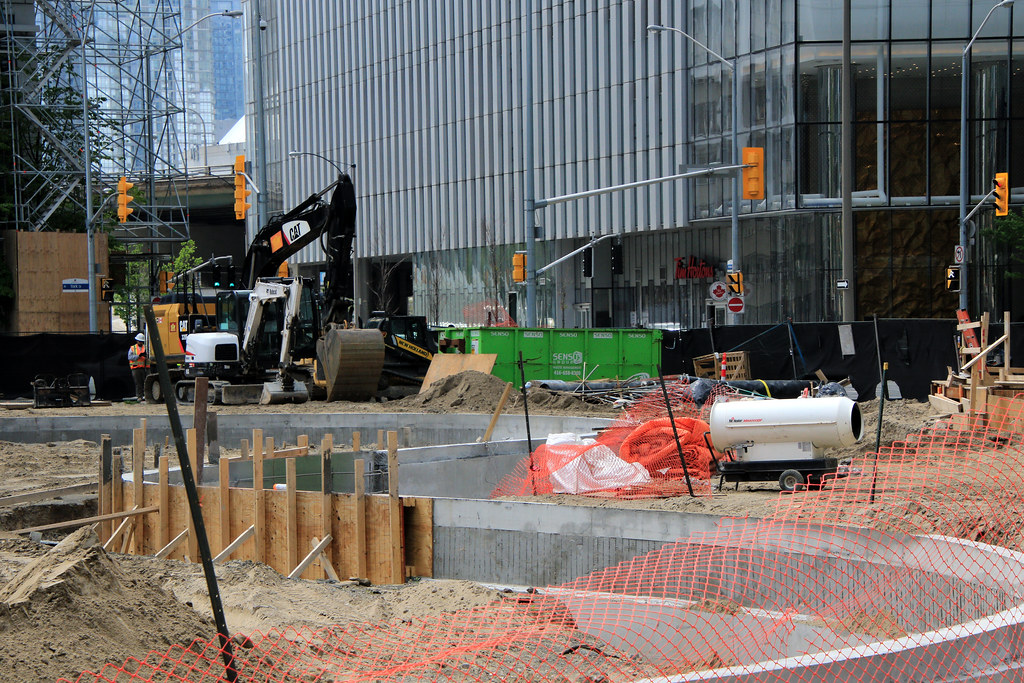 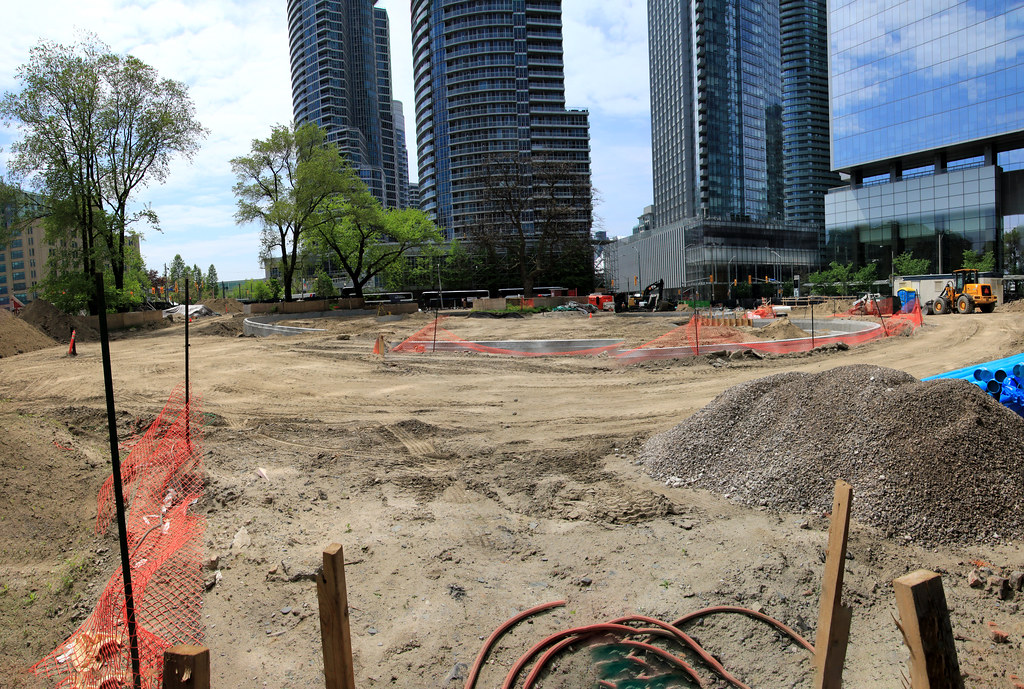 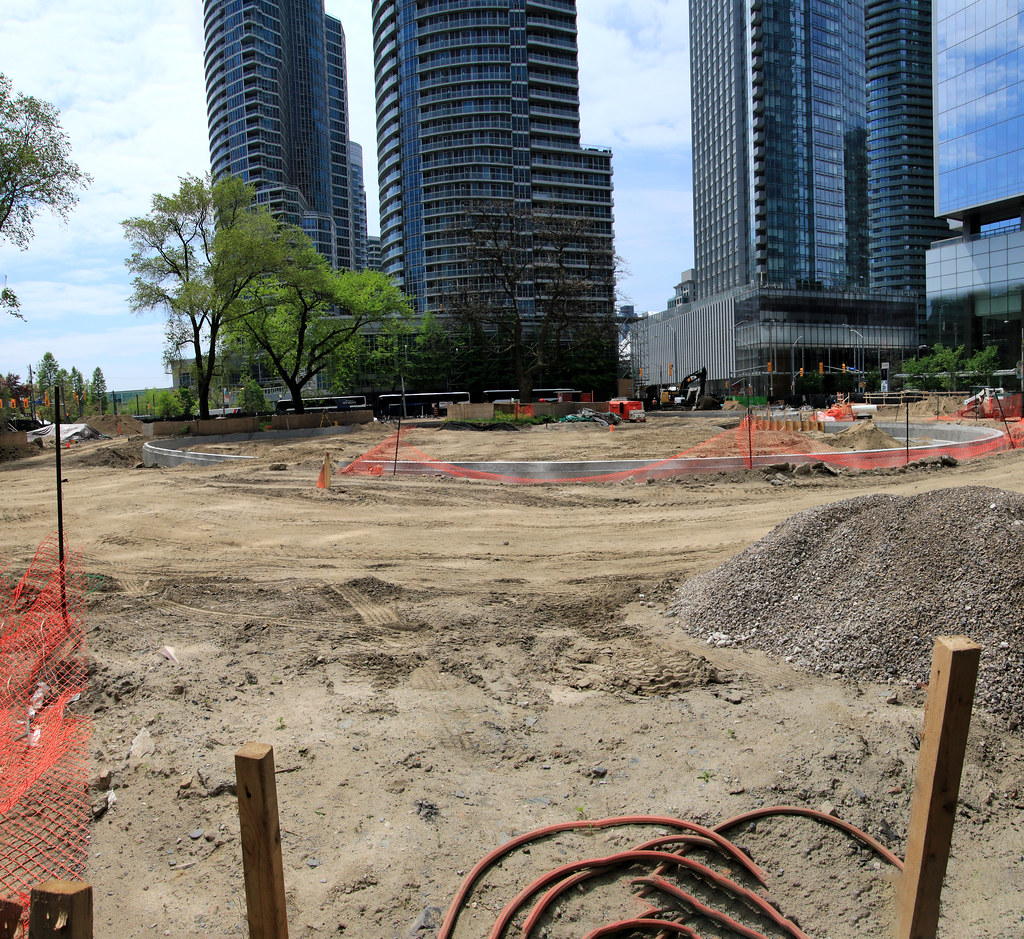 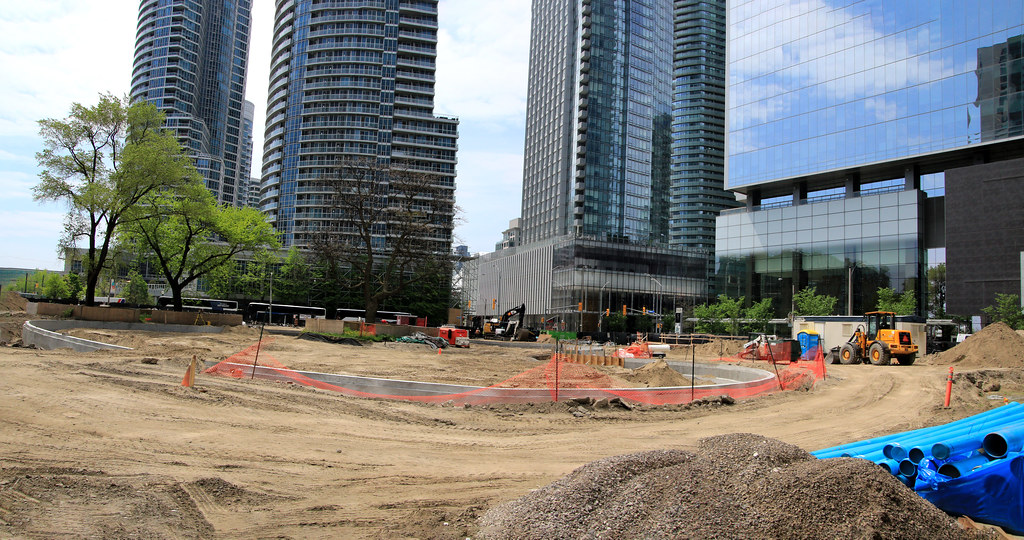 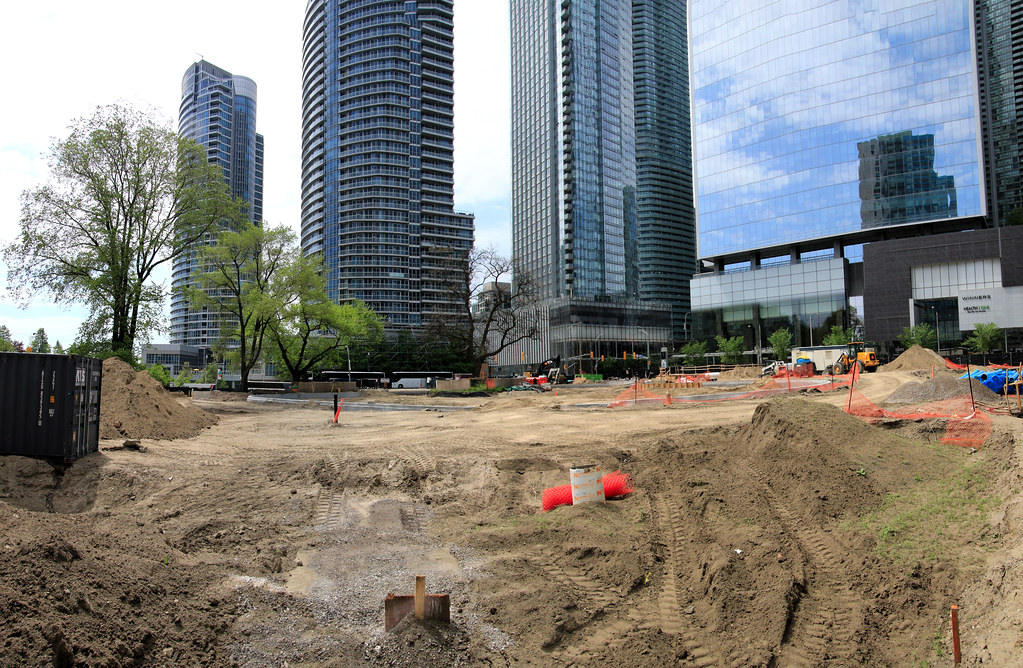 Due Time restriction, visit my site https://www.flickr.com/photos/drum118/ to see updated photos of projects shot the last few weeks since I don't have the time to post them to various threads.
See my videos on YouTube https://www.youtube.com/user/Transitdrum118
N