The lighting inside the building is still construction lighting and not indicative of lighting during occupancy, right?
Member since February 10, 2002

) before posting any rotten tomatoes reviews, but this is a nice preview... tasteful.

Lighting appears to be still in beta testing. So I am going to hold judgement on it until it's in mostly finished mode.
Quadruple "A" geek: Architecture, Azeroth, Anime, Aphex Twin.
P

afransen said:
The lighting inside the building is still construction lighting and not indicative of lighting during occupancy, right?
Click to expand...

Taking a look at @Dustin William's shots here it looks like the office lights are installed and on. There are likely additional construction lights though.

Up to approximately the 30th floor has office lighting, but it does seem to vary as some corner units have combination construction and finalized lighting. But it does seem clear to me that the glazing does reduce some of the brightness of the lights (compared again to say, the Deloitte building).

Riseth said:
Office workers please turn off your lights so we can see the diamonds lit up

I've never understood why office towers leave so many floors' lights on all night. What a waste of hydro and money. I'm surprised they aren't pressured by the government to turn lights off at night for the environment's sake. Obviously there are some employees working late and cleaners that work overnight but even if there are multiple teams, there can't be the need for so many floors to have full lighting on. Even having reduced lighting at night would make a difference.
*****

I would say that there is a combination of construction and final internal lighting in place, but that it us very unlikely that any tuning has been done to get the balance right yet. I don't know to what extent they're going to do that given that they must just be trying to get the damn thing finished in the middle of the pandemic, but I hope they do. I'm sure too that the internal lights will turn off at night automatically when a floor is unoccupied. I think that is standard now for things like LEED certification and so on. I don't know if they dim etc.

Personally I like cool and understated, but if anything it's much harder work to get right compared to just 'China style' maxing out and it doesn't give much room for maneuver. I don't yet know how the lighting works for that, but it looks like they're just trying to keep the diamonds subtly highlighted after dark, reminding you that they're there and it's not just another building you're viewing, rather than shout it out like the Bank of China in Hong Kong for example. A hopefully authoritative 'ahem' to get your attention instead of screaming like a banshee. There are plenty of mediocre condo towers in the city with brightly colored lit tops at night and they just seem like trying too hard.

I think this building has done a lot to raise expectations for tower design in the city, which is great for Toronto, but each time we get visibility of a new bit it seems we interrogate it that little bit more critically as a result. That's got to be a good thing I guess. I hope the lights work well, and they could still disappoint I suppose, but I'm happy to let them finish first before judging
Last edited: Jan 8, 2021

Let's also acknowledge that this building is chasing LEED Platinum certification, and as such the office lights will be kept to timers and sensors with minimal lighting kept on 24/7.

Also, construction lights are rarely diffused/covered in any way, and are far harsher than office lights.

We'll have to wait for the full effect of these LED spotlights. I'm sure they are colour changing, but I'm terrifically glad they're defaulting white. Constant RGB strips on each diamond would not fit in Toronto.
-Vanalla

"Good buildings come from good people, and all problems are solved by good design." -Stephen Gardiner 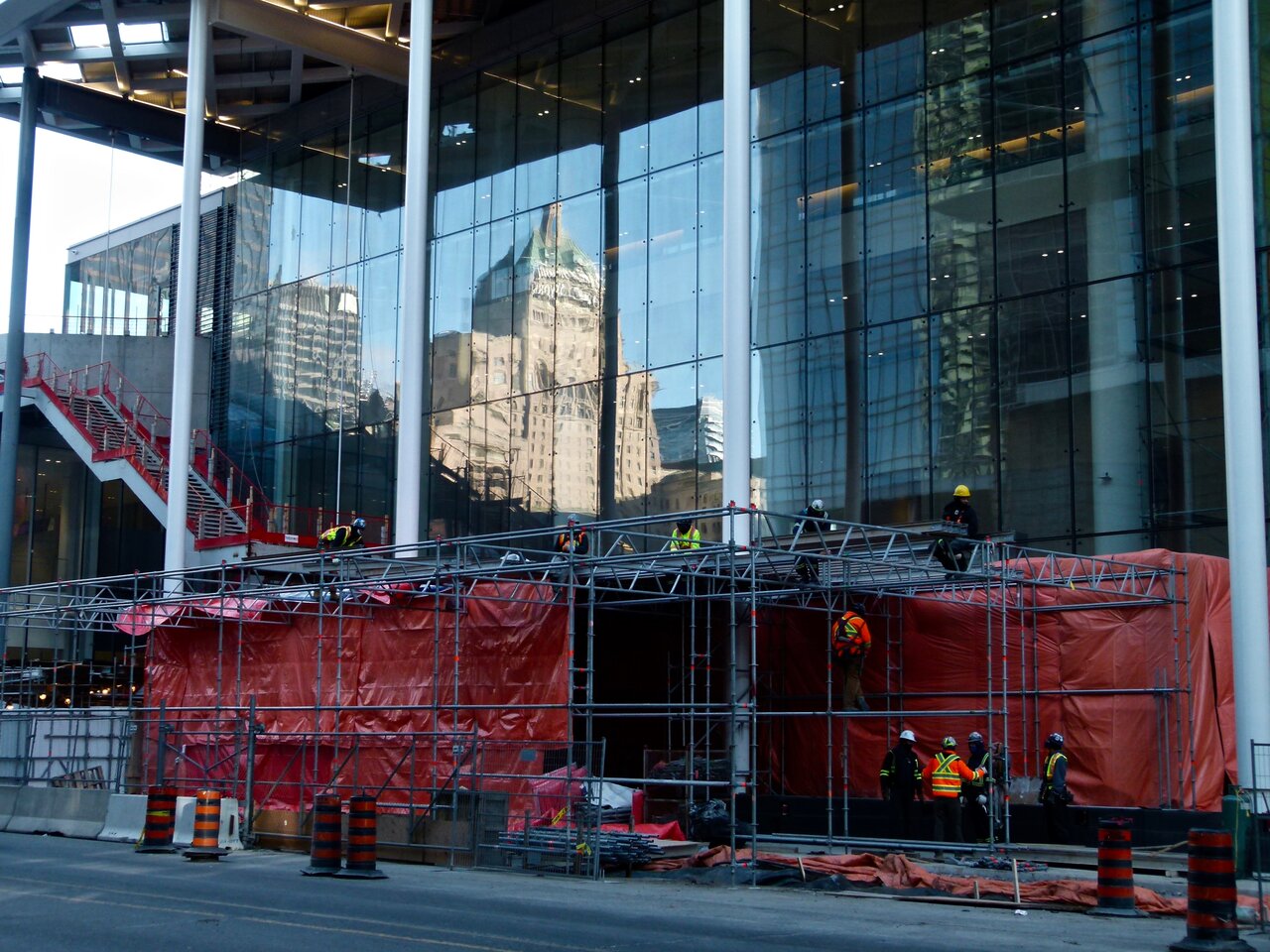 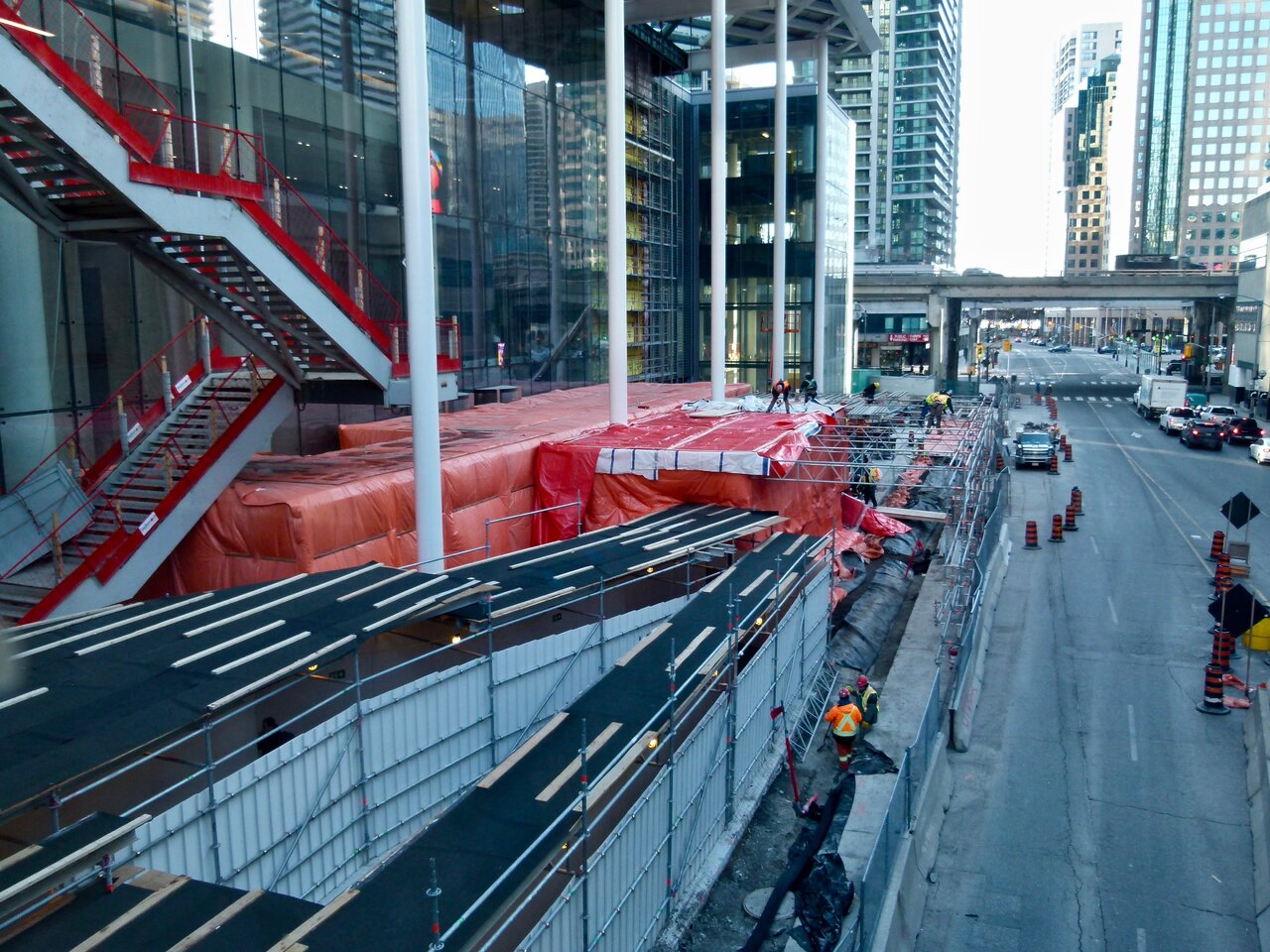 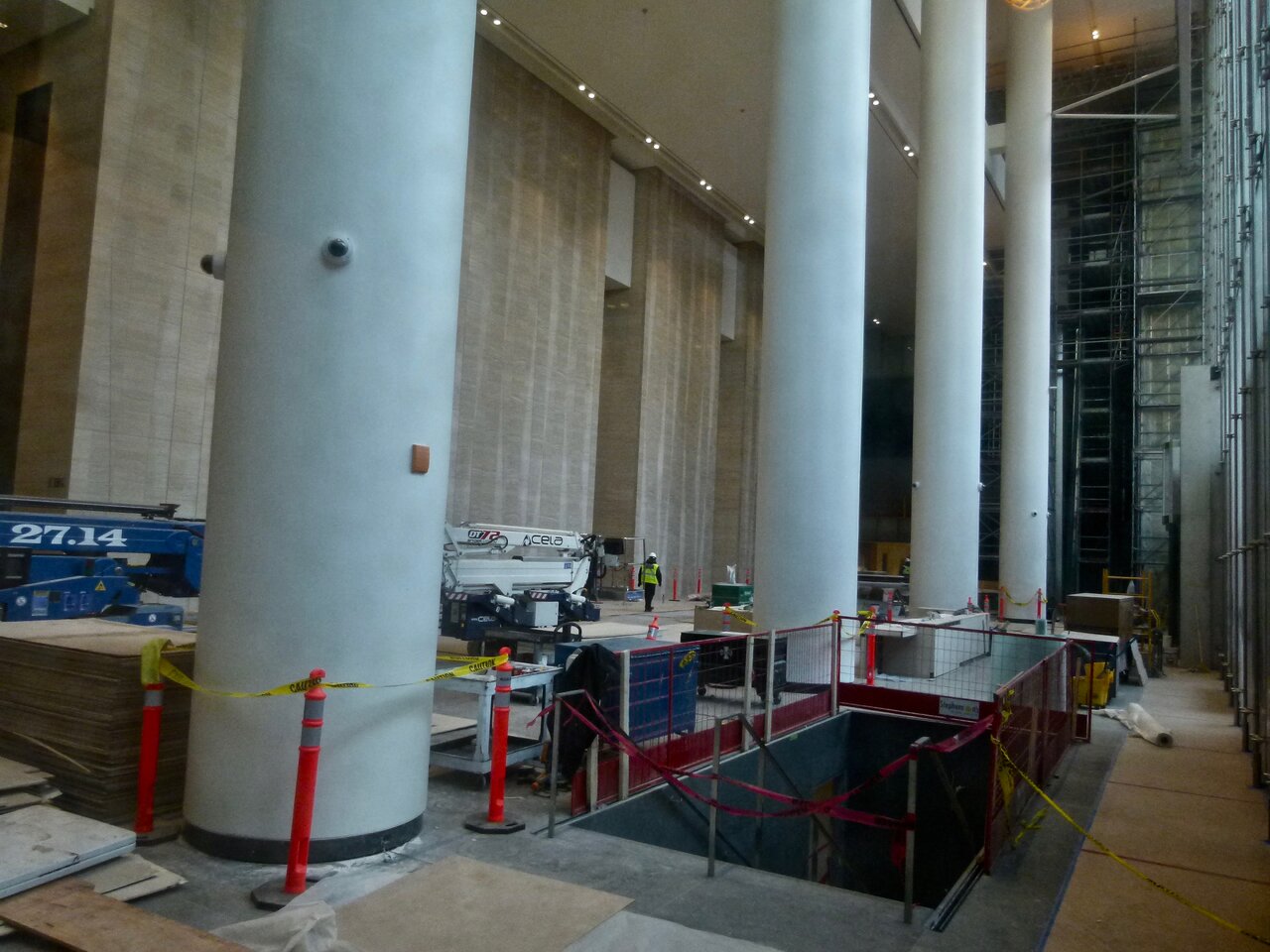 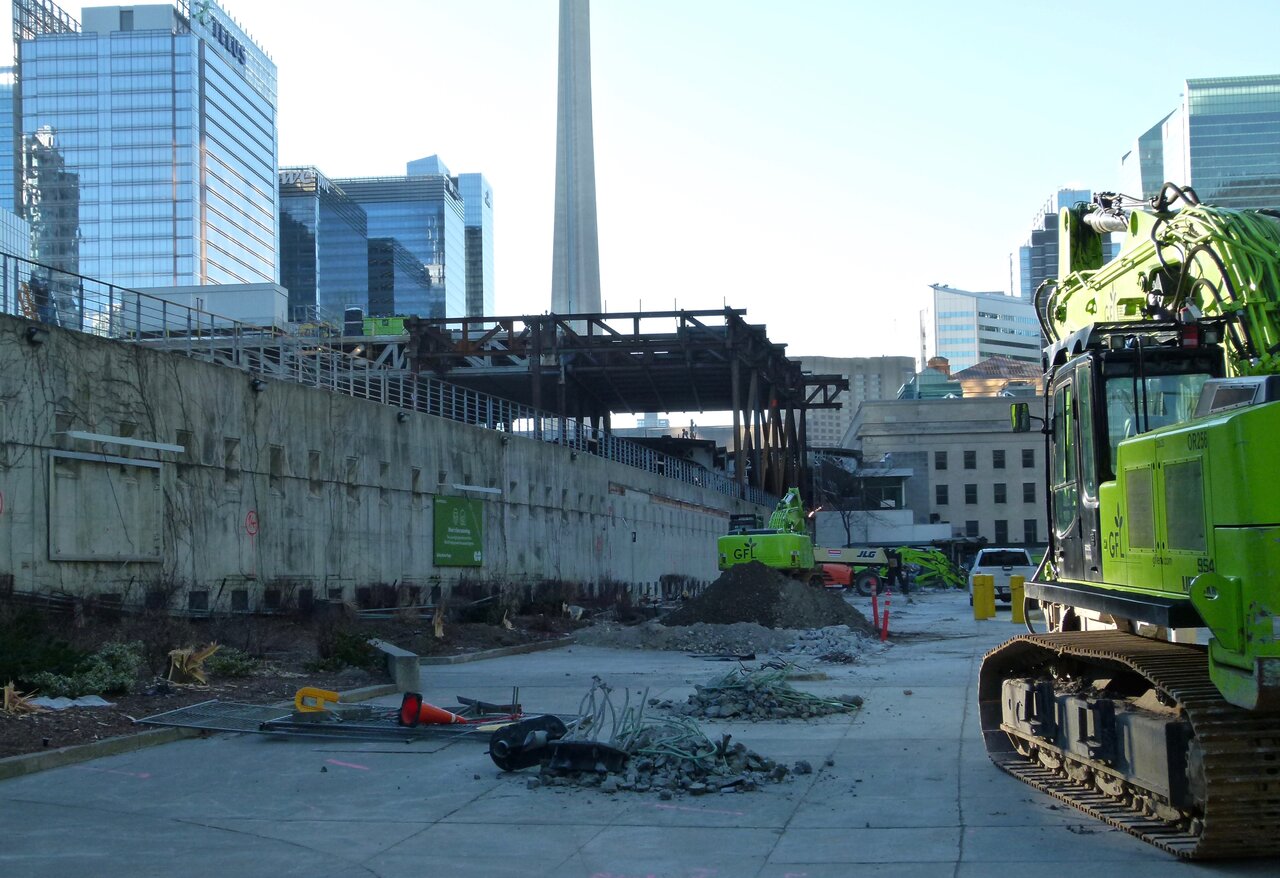 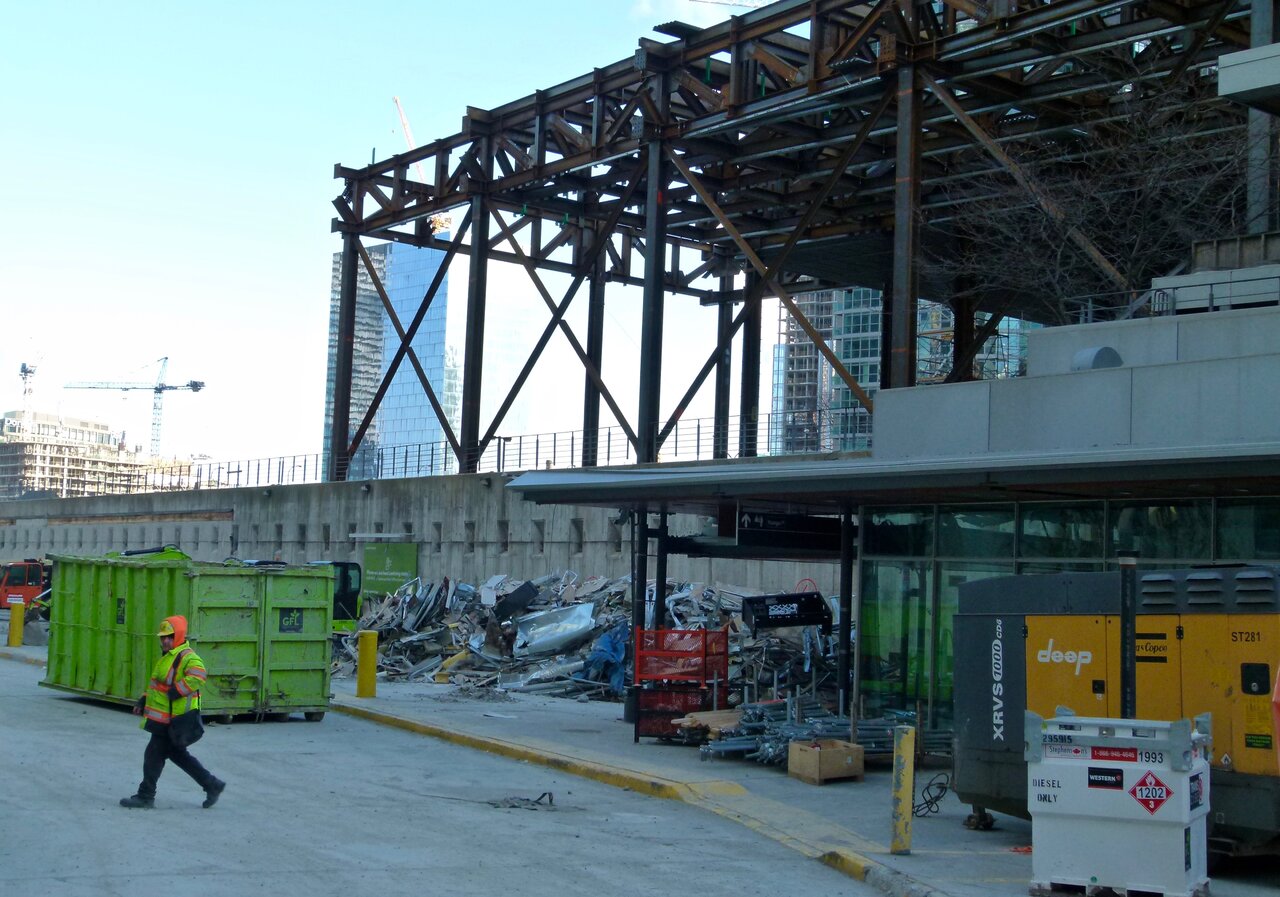 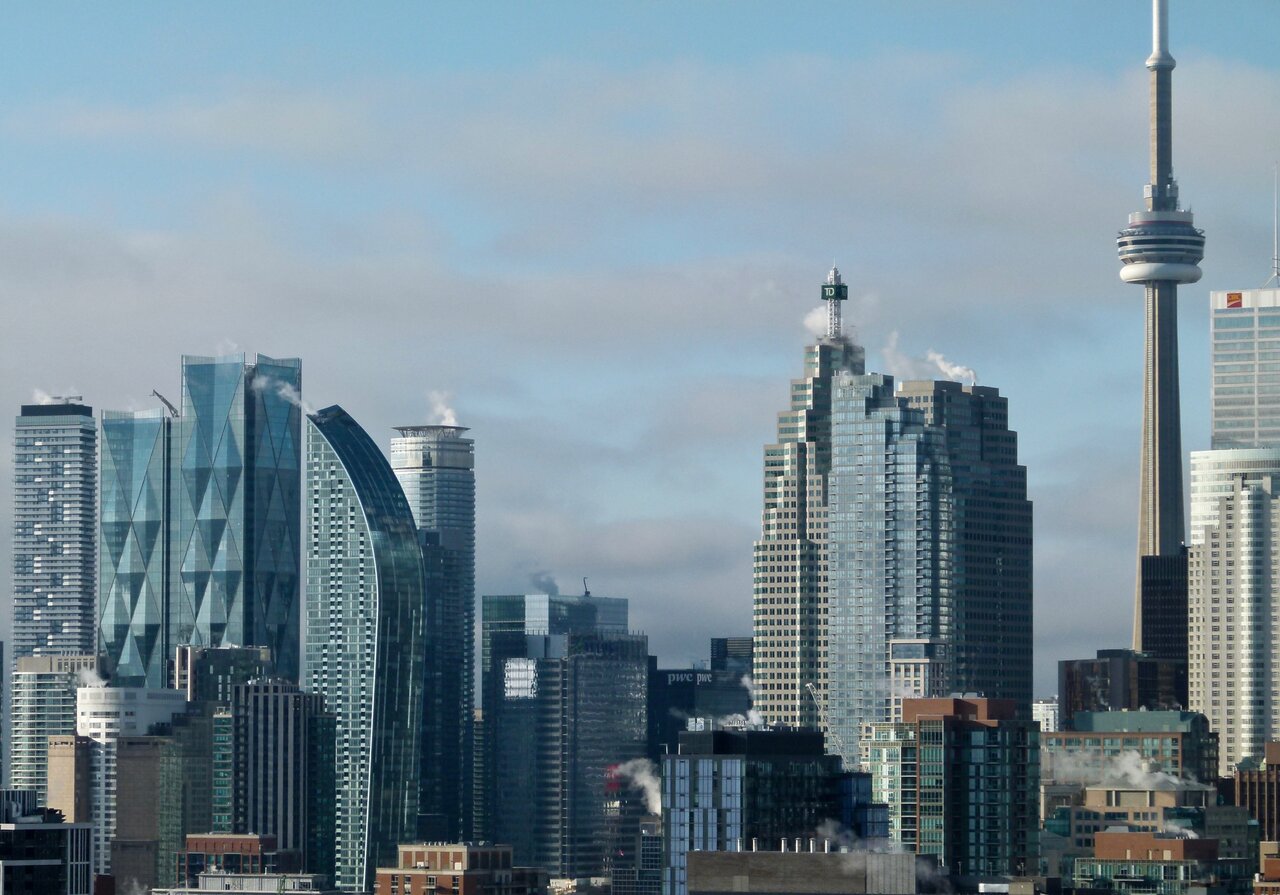 Comparing completed office towers, as in images below, note how CIBC is the brightest of the bright. Let's see how this looks without the strong construction lighting.

(The furthest-most edge on the right shows the brilliant construction lights of the new Bay-Adelaide tower). 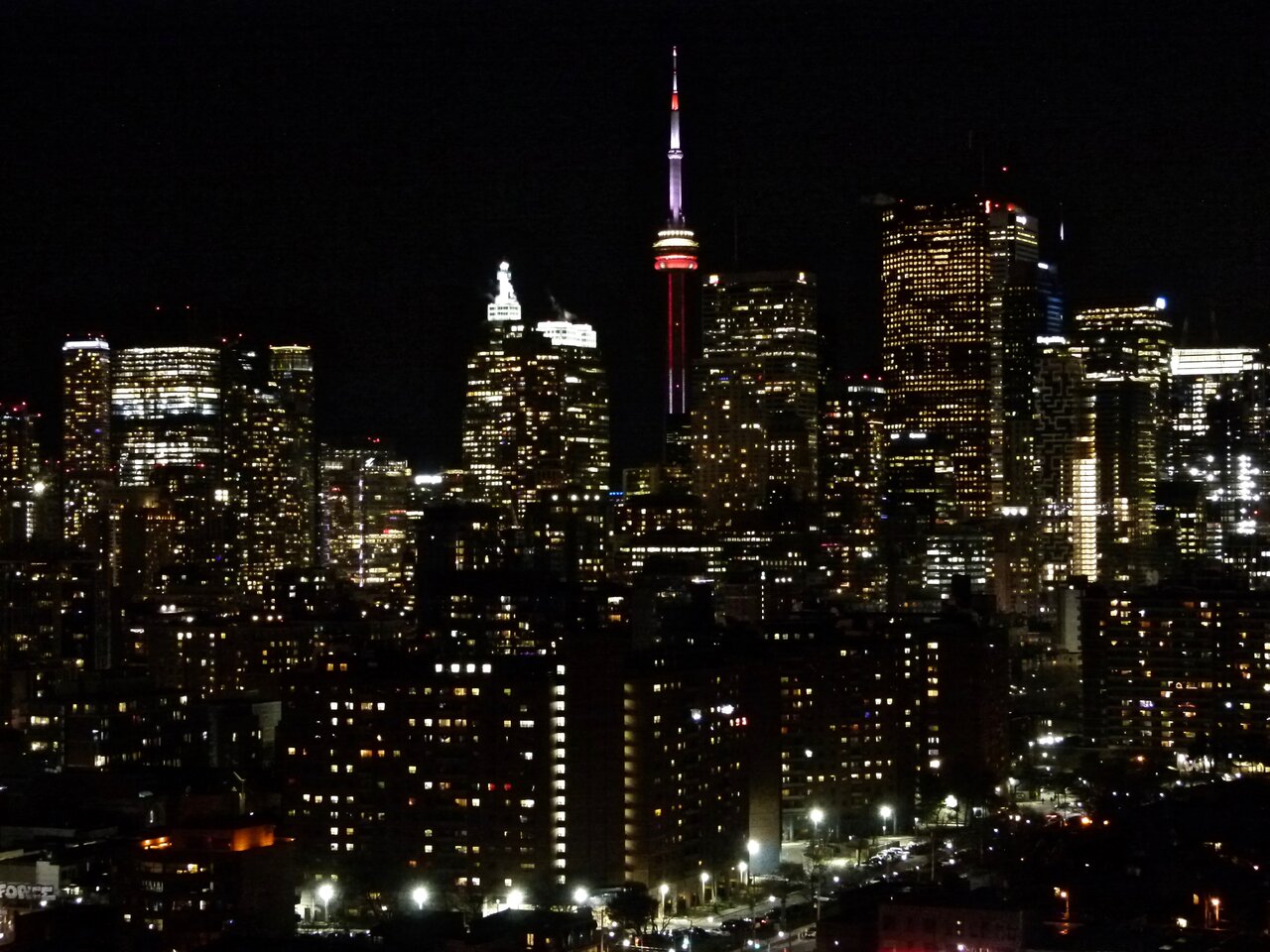 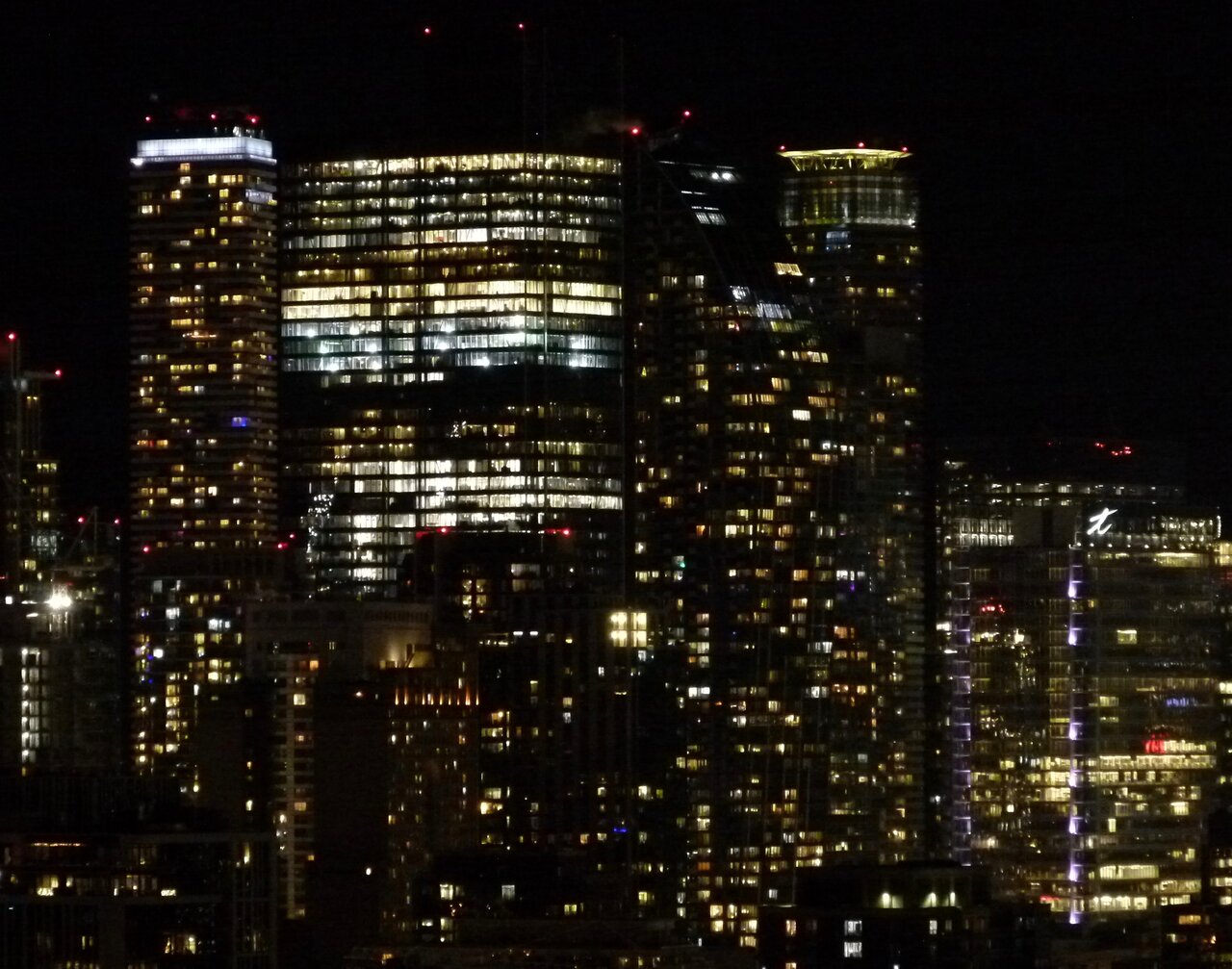 Are there no usable floors on the higher rectangle of the building? Its pitch dark

Not to derail the thread but there are a lot of lights on in the office towers. Arent people working from home? All the lights on and no one there?

Freddy said:
Not to derail the thread but there are a lot of lights on in the office towers. Arent people working from home? All the lights on and no one there?
Click to expand...

That's pretty typical of office towers, even outside of COVID times. Lights are usually left on 24/7 for a number of reasons - some people in the office work later into the evening, overnight cleaning staff and security sometimes need them on, regulations require some areas along an emergency evacuation pathway be lit at all times, and sometimes people just don't care to turn them off. Some office buildings, depending on how old they are, don't even have operable lights - they're just on all the time.

Even though COVID has many people working from home, many people still need to access their offices on a less frequent basis, and there are definitely still people that need to be at the office.
Opinions expressed here are solely my own, and do not express the views or opinions of my employer.

Need a 3D visualization freelancer? Check out my side business, Southwest Design. 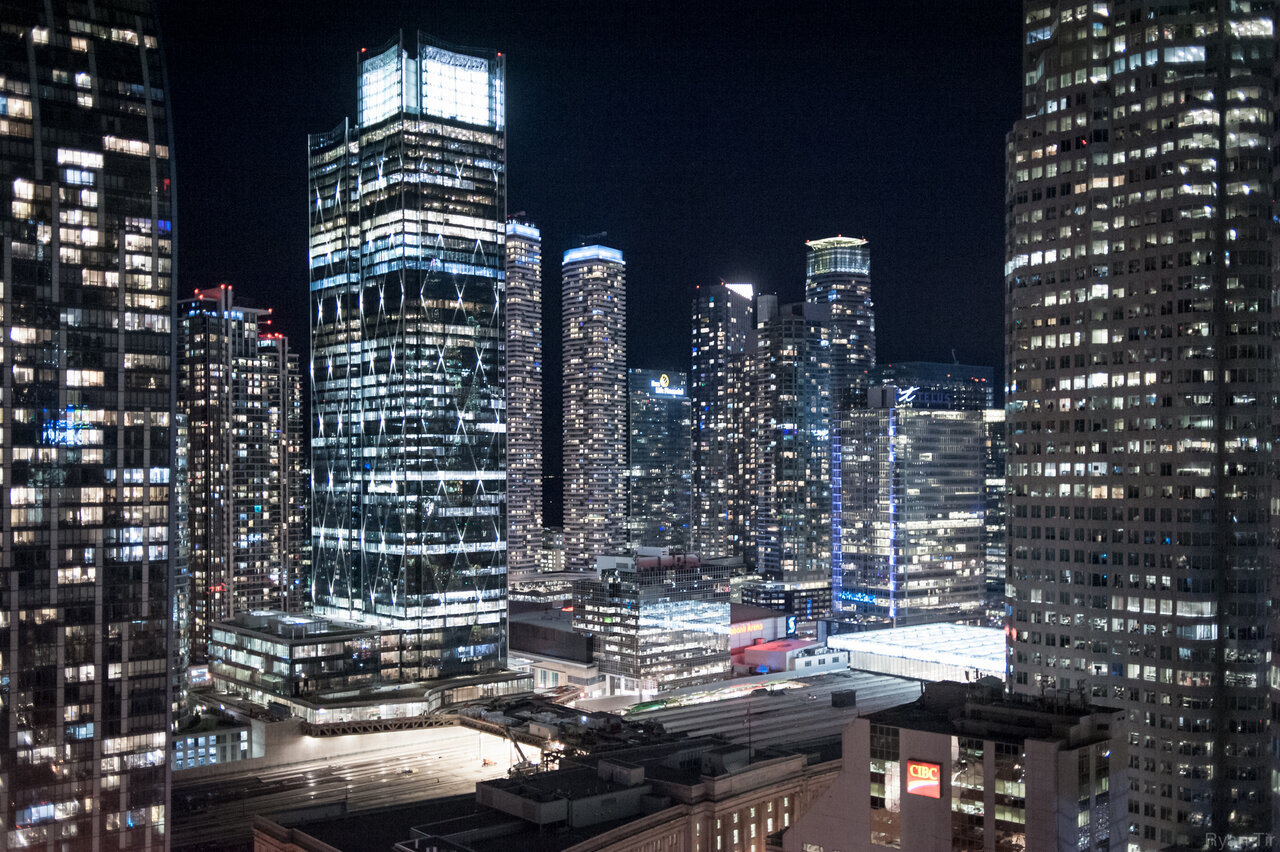 ^^Holy absolute effin s-balls!! I didnt even realize they planned to do that!

The diamond lighting looks the best I've seen it so far here!
*****