They had a few streetcars running on that route near the end of February.

Interesting point (that focuses more on over-regulation)- especially considering the disappearance and replacement of older retail spaces with larger units that usually get merged together into Shoppers and BMOs. It slots neatly into earlier articles in Toronto detailing the crisis of mid-density housing as well.

I also agree that cities are over-regulated and over-planned, and many new neighborhoods are designed to be inhabited as-is- meaning that they run into issues of never really being 'born' (inhabitation of a straitjacket), or not being able to grow and adapt well to change. Dare I say that an unplanned favela will is often more vibrant than a modern master-planned community as the favela has grown with its inhabitants, and is more 'in-tune' with resident habits and needs, even if amenities, utilities and services are inadequately fulfilled? We obviously shouldn't aim to bring uncontrolled urbanism to Toronto, but we should let neighborhoods grow a little more on their own.

There’s a missing middle for commercial spaces, too
Click to expand...

Those all have some grains of truth, but the bigger reality is much more complicated. It relates to our whole, modern understanding of cities and development. For about 100 years, cities all over the world have implemented an entirely new ideology that runs counter to how cities developed more naturally for centuries. This stark change was made on-purpose, based in thinking of the late 19th and early 20th centuries that was responding to the shockwaves of industrialization. Part of that approach was the adoption of a model that commerce should be separated from residences, and part of it is a larger idea that cities and economies can and should be controlled from centralized agencies that are professionally managed. The latter sounds very common-sensical to us today, but it’s important to understand how radical of a shift that was, and what the actual results have been on the ground. Every choice or approach has consequences, and we tend to overlook the negative consequences to how we manage cities today.
Click to expand...

While planners, designers and critics rightly focus on the design theories and what they’ve done to cities, we often overlook how the shift in management of cities also had an enormous impact. The city planning movement of the same era (20th C) ultimately is responsible for creating citizen review boards, planning commissions, and layers and layers of zoning and development regulations. As time passed, regulations and review processes got more and more complex. Look at your city’s original zoning code and compare it to today’s. The former is probably a small booklet with simple prescriptions, while the latter is often a multiple-binder document of hundreds of pages, mostly illegible to laypeople.
Click to expand...

These combined forces have effectively created the dilemma that missing middle housing describes: with systems so complex, uncertain and expensive to navigate, the logical development response is either a single-family house (which never gets denied) or a very large apartment or mixed-use building that is bull-dogged through the system by a team of lawyers and consultants. All of the buildings in the middle were typically built by small investors, families or individuals, and in most cases the return isn’t worth the expense or risk today. Missing middle buildings may tick a lot of boxes noted by planners and architects, but it’s just too hard to get them built profitably in our modern systems. This is all without mentioning how our society has become so brainwashed as to the virtues of the single family detached house, that residents even in urban communities tend to oppose just about any project or code change that doesn’t protect single-family areas from change.
Click to expand...

I still hold out a modicum of hope that we can at least fix the worst of our current regulatory systems, and that places with proactive people can demonstrate another path. For those that work diligently to try and plan for a better future, we desperately need pioneers, leaders and risk-takers to create new models. Life experience tells me that Johnny is largely right. Most people fight change of any kind, and there are deeply held cultural beliefs about cities and lifestyles that aren’t going to change anytime soon. Even so, we are beginning to see some communities make broad changes to allow ADU’s (hat tip: look at Fayetteville, Arkansas), some breaking down of the notion that cities can effectively require and regulate parking, and a broader understanding of what needs to happen to allow missing middle housing.
Click to expand...

As you think about local character and small businesses in your own community, I’d like for you to consider four points:

1. Affordability is very important for entrepreneurs and small businesses, too. It’s not just a concern for residences. The rise of co-working spaces is a contemporary work-around, but we need inexpensive spaces that businesses and individuals can own, too. Those types range from food trucks to small one-story buildings and small mixed-use buildings.

2. We create artificial scarcity through NIMBY’ism and suburban-style zoning in urban areas. We need zoning codes in certain neighborhoods that don’t just allow buildings, but encourage and expedite them.

3. Our modern-day views on urban neighborhoods & development are historically inaccurate. Commerce was almost always finely intermixed with residences, not just located on commercial corridors. And, change was baked in by-right, which enabled economic diversity and opportunity. City governments didn’t try to micro-manage every lot or building. This allowed for broader opportunity and affordability.

4. We prevent this natural change/growth at our own peril: The restrictive approach of today detracts from what makes urban neighborhoods so appealing – the local flavor and character. Because of that, it limits the value inherent in cities and urban neighborhoods and hurts local economic development and equity efforts.
Click to expand...

Preventing neighborhoods from gradual change and urbanization has consequences. It prices people out of the area, and hurts business creation. That hurts local wealth. That impacts donations to the Rotary club, the sports league, and your favorite not for profit. It means people look for locations farther afield, which means more transportation issues: traffic, parking and the like. It reduces the viability of transit, which often means more public subsidy. It hurts those with the least financial resources the most, because it prevents them from getting on the first rung of the economic ladder and benefiting from an improving local economy. Protectionism is a troublesome path, for a nation or for a neighborhood. Let’s be more skeptical and more embracing of the messiness of life.
Click to expand...


Builders in Toronto are facing something of a dilemna: Residents want fewer high-rises and planners are making available more sites suitable for more compact buildings, but costs are making mid-rise residential properties exceptionally expensive to construct.
Click to expand... 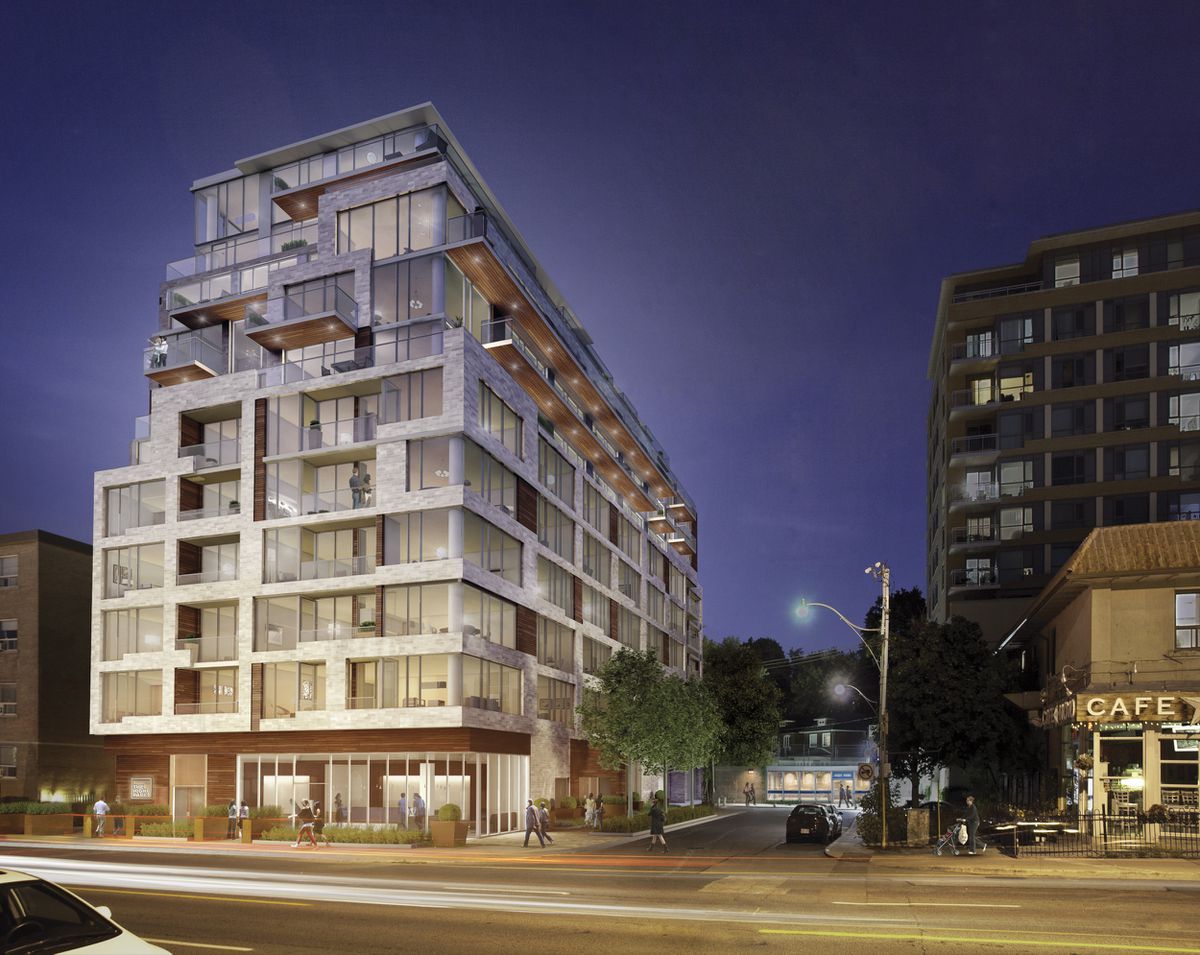 Toronto wants mid-rise housing, but can we afford it?

A push for soft density dulled by hard costs

There’s a bigness to Toronto, especially the newer parts. Tall residential buildings often have large podiums at the bottom with retail spaces that are equally big, attracting chain stores that lead to a bit of a generic urban landscape.

There are exceptions, such as some of the newer buildings in North York along Yonge St., south of Finch Ave., where smaller retail units have attracted dozens of independent businesses, along with some of chains mixed in, making it an interesting place to walk and explore.

Kensington Market is a beloved, older part of the city that has quite a bit of small-scale life, with some of the smallest shops in the city. That intimacy is what people love about it, but the market would be impossible to build today under the city’s planning codes. Too jumbled, too narrow, too nonconforming: there’s a real tension between the desire for small, and the rules that make things bigger.
Click to expand... Stackt and Kensington Market are good examples of lively, tiny spaces — ones that are difficult to come by, writes Shawn Micallef.

Stackt and Kensington Market are good examples of lively, tiny spaces — ones that are difficult to come by, writes Shawn Micallef.