TD Centre's EY Tower now has signage. I recall the city turning down a request for such signage from CF in 2012.

(Mods - feel free to move to a more fitting thread if there is one.) 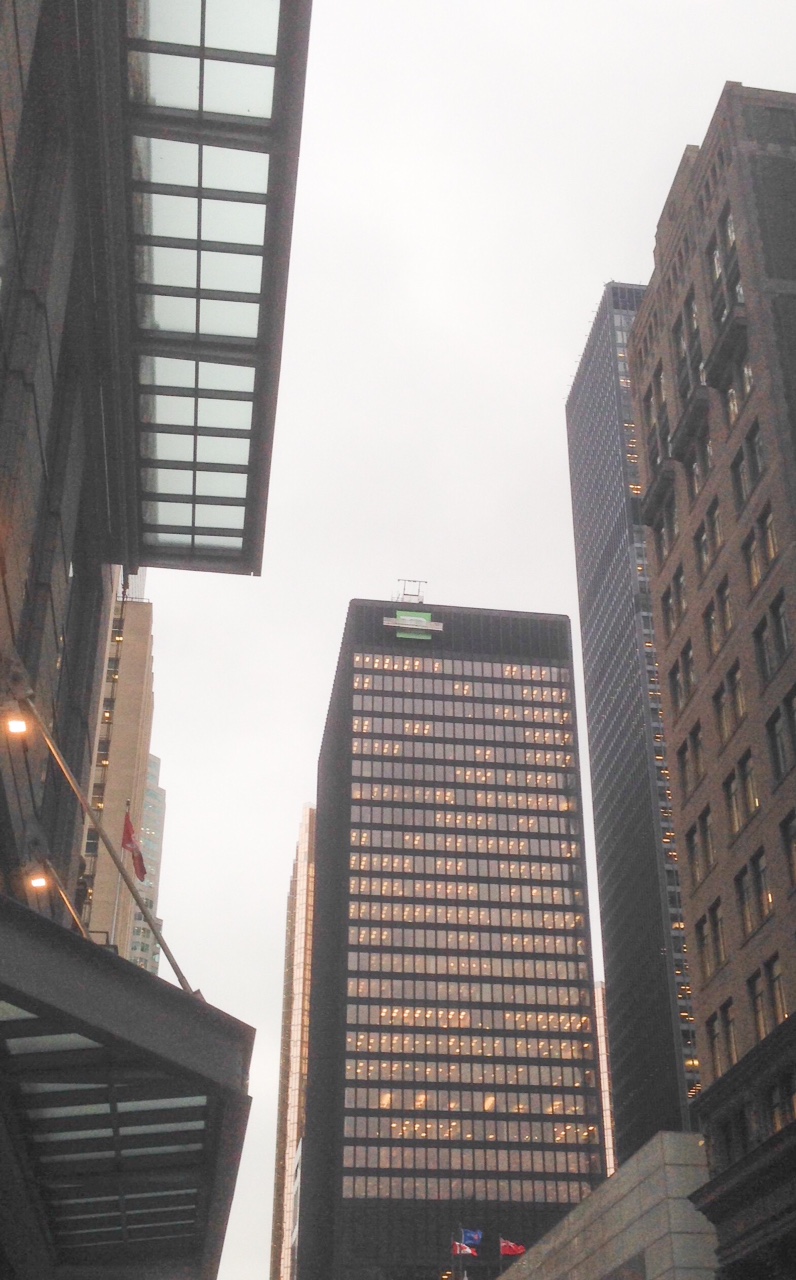 How unfortunate. At least it isn't one of the original Mies buildings, but still....
Images are not to be reprinted, reposted or used for any purposes whatsoever outside of the Urban Toronto forum without my express consent. Contact me via the following:

On a related note, has anyone else heard that the head of Mattamy homes has leased the former observation deck level at the top of the TD Tower and is converting it to an apartment?
F

TD just became the laughingstock of the world and cemented themselves as a second rate, second tier organization.
D

I've always thought the simplicity of this building screamed "less is more".

CF has pretty much finished ruining Eaton Centre...now they are starting on TD Centre.

And the geniuses at City Hall are too busy poo-pooing Frank Gehry designs to stop these atrocities.
D

And not even a good placement for the logo....if they're gonna put it up, at least maybe in the corner?

devjohnson said:
And not even a good placement for the logo....if they're gonna put it up, at least maybe in the corner?
Click to expand...

It's just so weeeeeeird and makes me oddly uncomfortable. What's with that placement?
A

But again, it's Ernst & Young: the most "despoilable" of the towers.

And never mind "getting started": remember a decade ago when they ineptly skateboard-proofed the granite benches with metal CF-logo "bumps"? Tacky, and most broke off anyway--so they resorted to sloped notches in the granite instead...

Forgotten said:
TD just became the laughingstock of the world and cemented themselves as a second rate, second tier organization.
Click to expand...

adma said:
But again, it's Ernst & Young: the most "despoilable" of the towers.

And never mind "getting started": remember a decade ago when they ineptly skateboard-proofed the granite benches with metal CF-logo "bumps"? Tacky, and most broke off anyway--so they resorted to sloped notches in the granite instead...
Click to expand...

True...if post Bronfman (Phyllis Lambert) CF had any sense of stewardship, this tower would never had been built with any reference to the Mies buildings in the first place (in fact, the original proposal for this tower didn't). This is just the latest insult.

Removing the original Mies-designed concourse (including his custom lettering font) was an atrocity that started a long time ago.

You would never see this happen on the Seagram Building. One...New York's Landmarks bylaws would not likely allow it, and two...Lambert made sure that when they sold the building, there was a clause in the contract that protected the integrity of the building. One would also think that an owner of a gem would not elect to ruin their own property.

Too bad she was unable to do the same thing with her projects in Toronto (Eaton Centre & TD Centre).

The City is too busy worrying (or not worrying) about dink warehouse buildings to pay any attention to the more important bigger things. We have developed a very bad culture at City Hall. We elect morons, who in turn hire more morons. We are hardwired to accept the lowest bid. We don't just not care about design...we don't know what it is.

If a sign was needed on those buildings, I think the sign without the green background would have been preferable.

This is an 'exception' where you may want to leave the green out -- and just put white TD. More architecturally consistent.

The mall below uses black-background signs with white text. Why not do the same for the logo?
-- Follow @MDRejhon on twitter
T

This is just horrible. It completely destroys the simplicity of the building.
Wash ya hands. Don’t touch ur face!

Agreed that this is horrible. I dislike signs on all the buildings in the core but the TD Centre is particularly sacred and historic (even though this particular building has its issues). Can we start a petition to have it removed? Will it work? How can we create some embarrassment for CF?
A

Two thoughts - on the level of protection of the former Seagram Building in New York, see the brouhaha over the removal of the Picasso from the lobby earlier this year.

On the sign itself - is it an indication that TD will be taking the E&Y space when they move to their new building, and possibly leaving the Canada Trust tower, thus consolidating their offices in the TD Centre? I don't know if TD has any space in the E&Y building now.
Last edited: Dec 10, 2014
You must log in or register to post here.
Share:
Facebook Twitter Reddit Pinterest Tumblr WhatsApp Email Link