I know. I was just having some fun.

One Nut Kruk said:
Steveve, you've got a challenger.

nice! I also did a small section of the new WTC a while back, though not covering as much as he did. I think that guy's model on the street is just a kid's toy/puzzle (http://www.barnesandnoble.com/p/toys-games-new-york-city-skyline-puzzle-4d-cityscape/22912439). They have a few cities for sale, including TO. Yours is much better, Steveve.

44 North said:
I think that guy's model on the street is just a kid's toy/puzzle (http://www.barnesandnoble.com/p/toys-games-new-york-city-skyline-puzzle-4d-cityscape/22912439). They have a few cities for sale, including TO. Yours is much better, Steveve.
Click to expand...

I believe that Indigo also sells that toy/puzzle as well, as Indigo (along with Mastermind to some extent) has the Canadian rights to sell all the toys that Barnes and Noble (and Borders) sell.

I wonder how much would Toronto City Council (to put in city hall, replacing the current model) and/or Indigo (as a toy/puzzle) would pay to have rights to steveve's model? No Gardiner expressway? I wish I could live in that universe

Here’s what a 356m building would look like on the Toronto Skyline.

It’s actually just a visionary proposal of mine as to what they could build on the 45 Bay St site across from the ACC. It is definitely a fantasy proposal that one could dream of (I’m not sure what the height regulations are for the area),
It’s a 2 tower project on top of a MASSIVE mixed-use podium that would house the replacement for the Toronto Bus Terminal @ Bay/Dundas.
The design is inspired by a crossbreed of the Hudson Yards development in NYC and Eighth Ave Place in Calgary. It’s not exactly the most original design, but a placeholder of what I’d like to see built here.

- 55 stories- office space.
- 25 stories- hotel
- 2s restaurant/observation/atrium at the top of the building

- There is an open plaza at the north-west corner of the site across from the ACC, this serves as the entrance to Tower 1, both the office space and hotel,
- Envision the hotel to be something like the Park Hyatt at the Shanghai World Financial Centre, or the Ritz Carlton in Hong Kong, where the hotel sits atop the office levels.
- The hotel would be the tenant of a major 5-star chain, (such as Mandarin Oriental, perhaps this could be their entry into Canada?)
- The lobby for the hotel would be situated on level 56, it would be a 2 storey space with a terrace facing on the north side of the building. (where the first setback is).
- At the top of the building, would be a massive 30m atrium, it could house a restaurant, observation deck, and sky gardens. (Imagine an unobstructed, nearly eye-level view with the CN tower)
At this height, I believe this would be the tallest hotel in North America.

- Once again, at level 34 would be a sky lobby for residents of the building, once again, with a terrace, although facing south toward lake Ontario.
- At the top of the building is another 30m atrium that would house the amenity space for the residents and a indoor sky garden/greenhouse.

Much of the Basement/Ground level would be used as the new Toronto Coach Terminal.
This massive, multi-levelled podium would serve both as a bus/transit terminal, a shopping mall, and office space.

- There would be massive panes of glass on the north and south sides for expansive views over the railway tracks and CBD to the north, and over the Gardiner and the lake to the south. An emphasis on natural lighting.
- All 10 levels will be connected with a single 10 storey Atrium that runs down the podium.
- The feel would be very similar to the HSBC building in Hong Kong, or even reminiscent of an airport terminal. It should feel very open with abundant lighting.

The tapering of the buildings and positioning plays a key role in relation to it’s surroundings and impact on the skyline. At 356m, it’s highest point matches that of the main pod of the CN tower, but it’s bulkiness is offset by the tapering and angled peak. The second tower also plays with the geometry of the first, offsetting it’s bulkiness and presence on the skyline.

Perhaps I got carried away; of course this is a fantasy development and would be a multibillion dollar project to construct; and of course be approved by the city. Ivanhoe owns the site, and will all in likely develop a much smaller project within a budget constraint, however, would they sell the site to a developer like Oxford, things could get moving in this direction (unlikely though, since Oxford already wants to develop the convention centre site with their already massive proposal)

But this is a real supertall building, Canada’s first super tall. There are no spires or antenna’s to bring it to that super tall height. 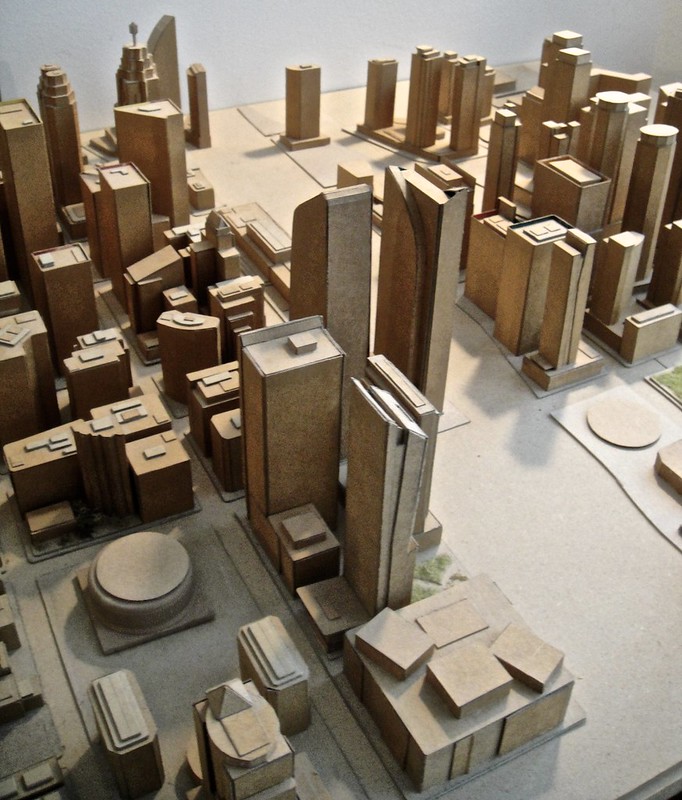 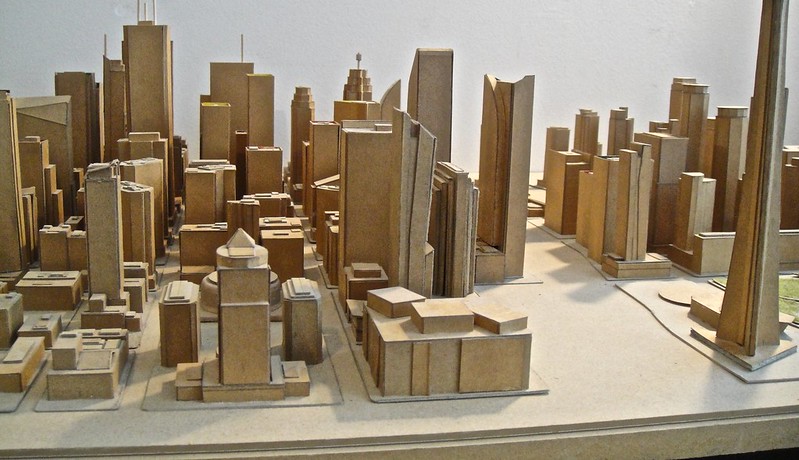 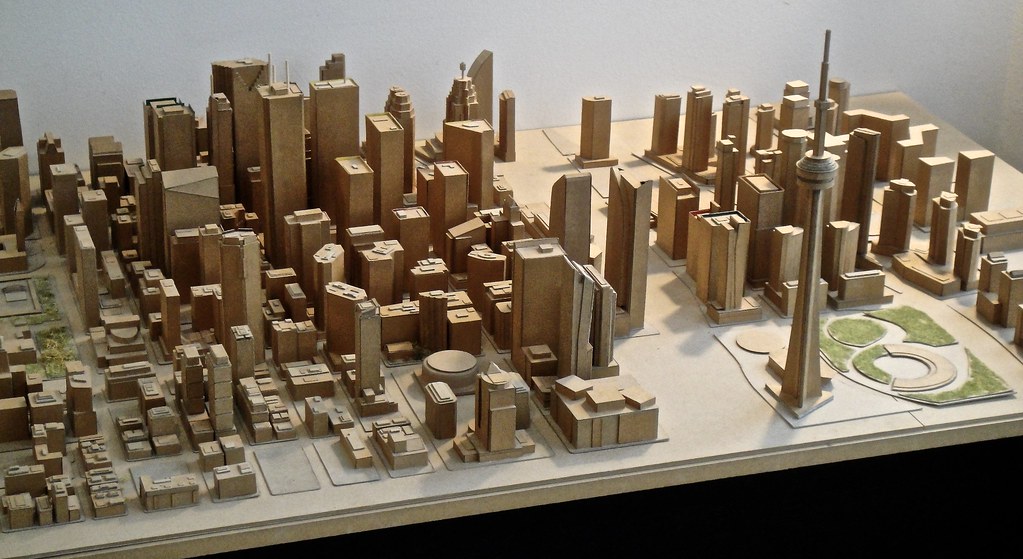 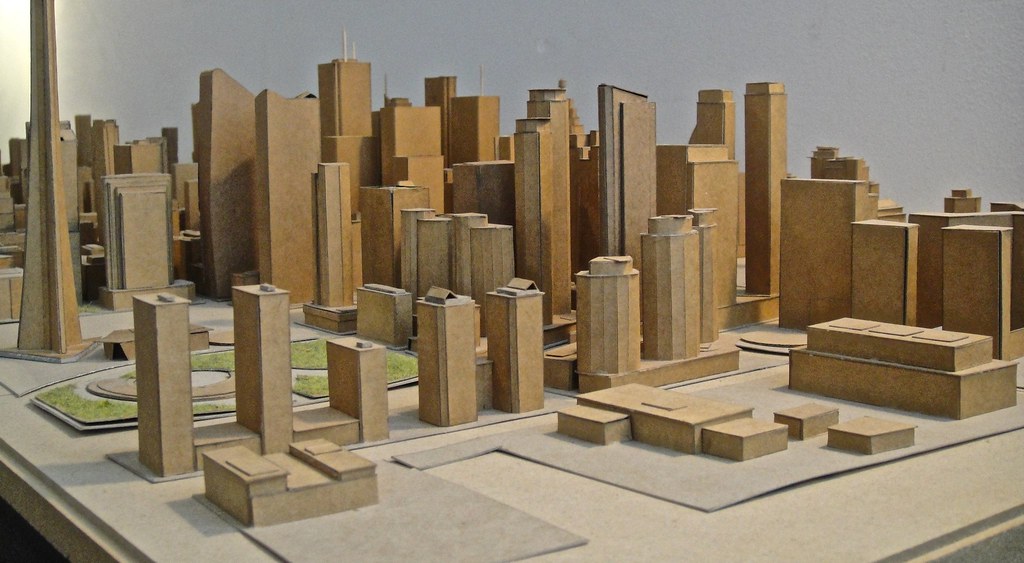 This looks amazing steveve. Keep up the awesome work. I love looking at the model.

What do you guys think of a 275m building at University/Adelaide?
The site in question: 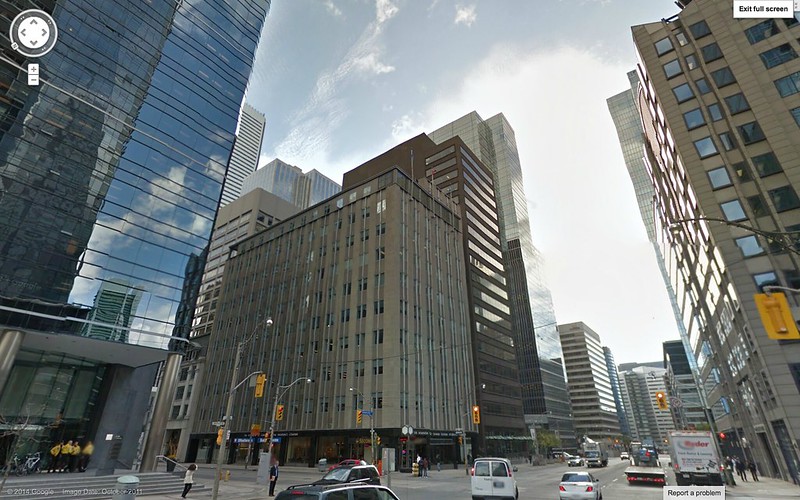 University and Adelaide, South-East Corner. Currently where 2 existing buildings sit the site, 18s and 11s.
In its place a 275m , 75s Residential/Hotel/Mixed-Use building with a podium extending outwards to York Street. (massing model is essentially a box, perhaps a more interesting and less bulky design would look better) 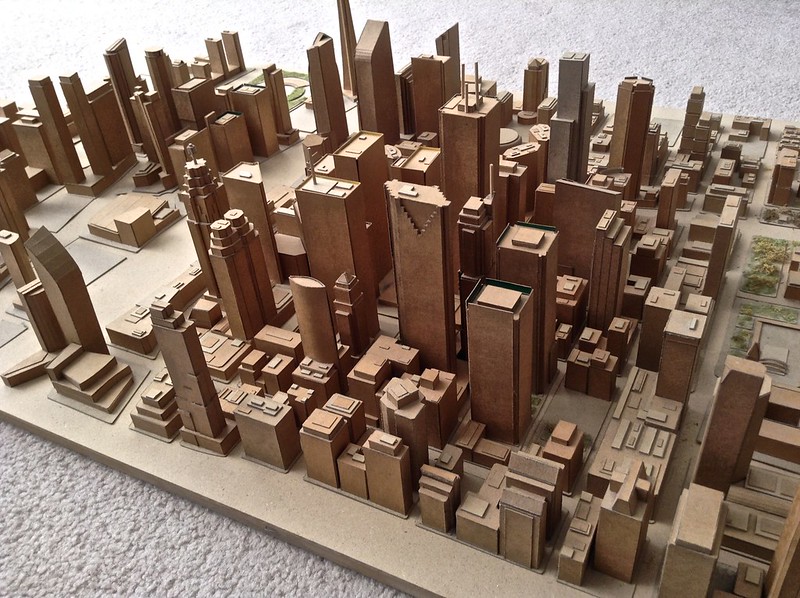 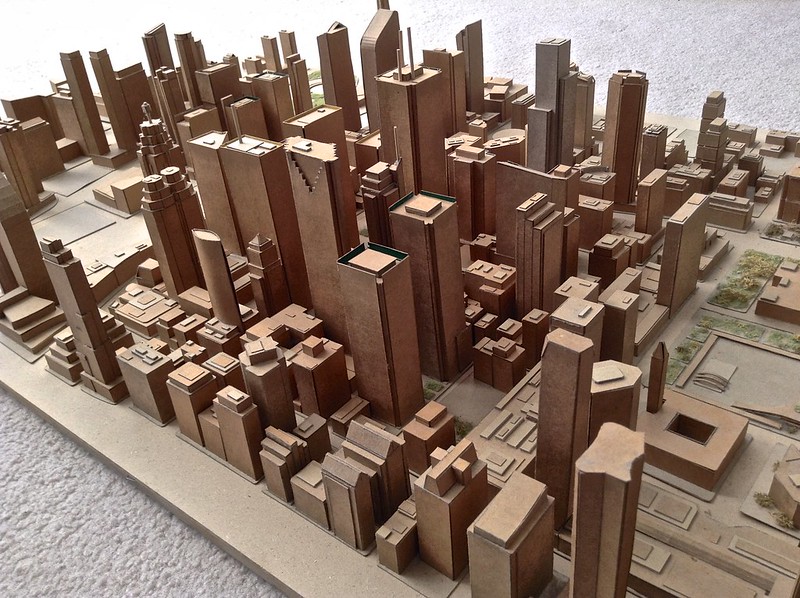 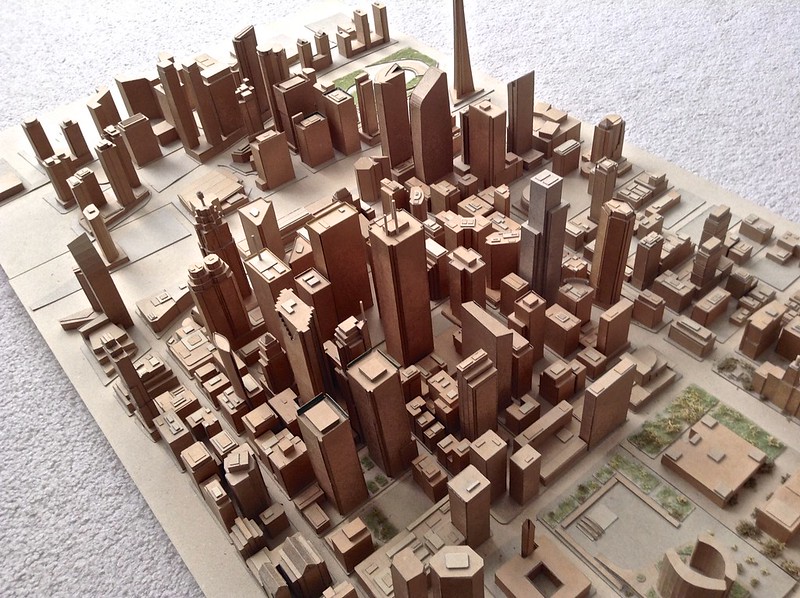 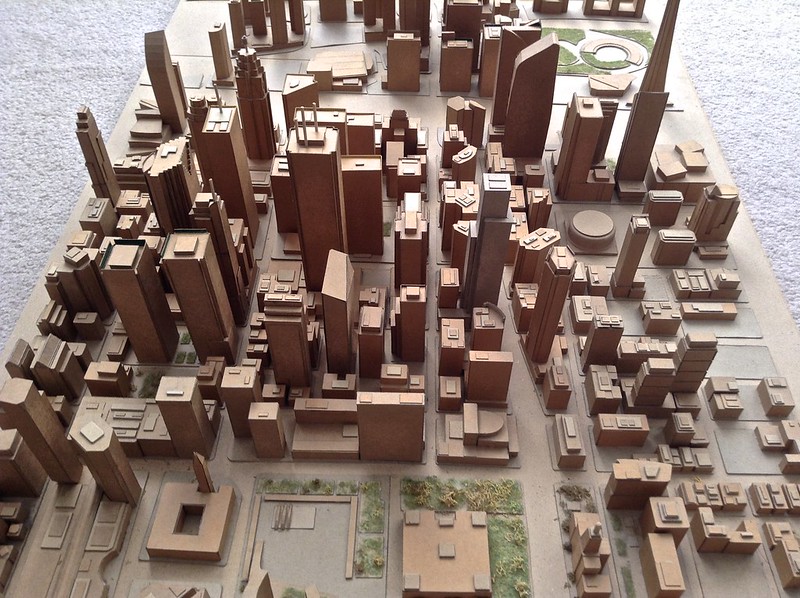 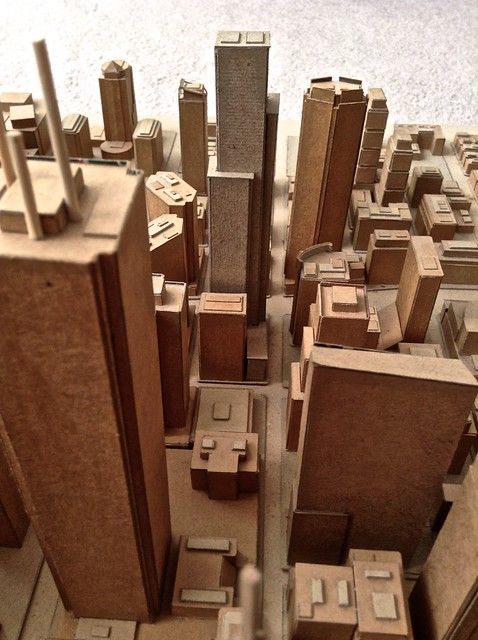 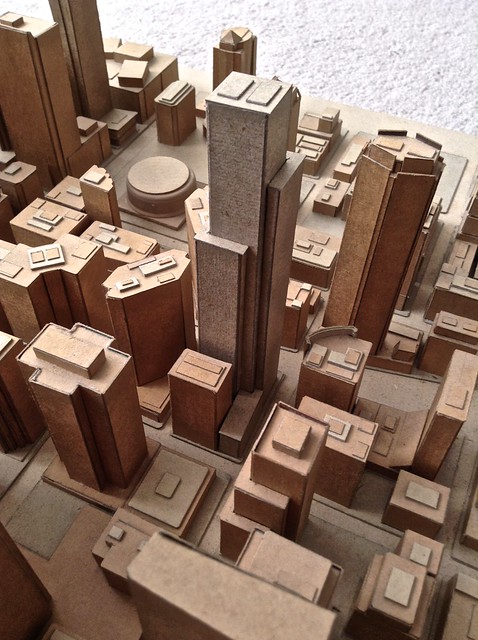 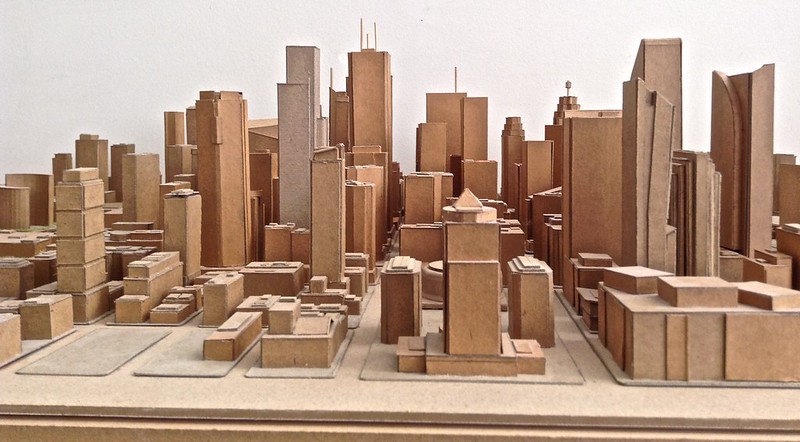 Wonderful architecture. Your model shows one of the finest remodeling. The Toronto city model is what a zigzag row of buildings. Your design displays a quality structural engineering design. You should approach the people with your model and suggestions. If you are getting so much appreciation here, then higher authorities will definitely like you work.
All The Best

steveve said:
What do you guys think of a 275m building at University/Adelaide?
The site in question:

University and Adelaide, South-East Corner. Currently where 2 existing buildings sit the site, 18s and 11s.
In its place a 275m , 75s Residential/Hotel/Mixed-Use building with a podium extending outwards to York Street. (massing model is essentially a box, perhaps a more interesting and less bulky design would look better)
Click to expand...