It looks like there's a second life for the second home of the Second City.

In an exclusive interview with the Star, producer Jeffrey Latimer revealed that he will reopen the theatre at 56 Blue Jays Way, which has remained dark since the comedy company left it in April 2005.

The 408-seat mainstage venue will be re-inaugurated April 21 with the preview of BoyGroove, the biggest hit of last summer's Toronto Fringe Festival.

That's great news for the downtown entertainment scene, but so is the added info that the 100-seat Tim Sims Playhouse will be reopened as well.

"We're going to be working closely together with Jeffrey," said Andrew Alexander, the head of Second City, "and we'll be continuing the tradition of developing local comedians in that space."

Interestingly enough, it was Alexander's own ups and downs that gave rise to this new situation.

From 1973 through 1997, Second City operated successfully from the Old Firehall on Adelaide St. In 1997, Alexander moved the company to the sleek new facility at 56 Blue Jays Way and almost immediately slid into red ink.

After struggling for eight years, Alexander finally gave up and crossed the street to a smaller space at 99 Blue Jays Way. Since reopening there last fall, Alexander pronounces himself "thrilled" with the size of his audiences.

A private investor who wants to remain anonymous purchased the space at 56 Blue Jays Way and waited for the right offer. It finally came from Latimer, who had been looking for a venue since he sold his longtime interest in the New Yorker Theatre to Live Nation in 2004.

"There's no name for the facility yet," said Latimer. "We're currently calling it the Theatre on Blue Jays Way. We are courting people right now regarding naming rights. The interest is mainly from alcohol companies because the space has potentially three great cabaret bar spaces."

BoyGroove (officially opening April 27) is the ideal project to relaunch this venue.

In reviewing it last July, I called it "a zappy, happy deconstruction of the whole boy band phenomenon" and suggested that "it would only take the slightest bit of reworking to move comfortably into a mid-sized house for a nice commercial run."

"This show appeals to everybody: either those who have ever swooned over a boy band or harboured absolute hate towards them," Rubinoff said. "BoyGroove is a smart and hilarious look at our obsession with building up and destroying our pop idols."

Rubinoff, working in co-operation with another prominent local legal-theatrical double-tasker, Derrick Chua, will be reuniting the cast and director of the hit Fringe version to polish the show before it faces the general public.

Although Latimer is planning to do some renovations to the space, he believes he can reopen both theatres for less than $200,000.

"We want this to be not only a place where you go to see a show," says Latimer, "but one where you come after a show or a game and always find something fun going on."
M

Great news. What a waste it would have been to demolish a seven year old theatre.

Meanwhile, I guess it's time to roll the wrecking ball out to Wayne Betsky's.
T

Adds to the breadth and depth of the entertainment district. Bring it on, I say!
A

This is very very good news as theatre space is always needed and the loss of this gem, to another condo, would have been sad.

If the entertainment district becomes nothing but condos, it will cease to be the entertainmnet district (hey kids, lets go down to the condo district and line up outside the dry cleaners at the Icon building).
U

My thoughts exactly, alklay. I'm very pleased with this announcement. I was quite sad when the theatre shut down, and I worried that it, too, would be demolished for a condo. Hopefully the restaurants will be a little less tacky-touristy and thus more successful. Obviously the city's control is limited, but I'd like them to develop the condos on the parking lots and keep the entertainment uses as is.

Second City to move out of its current location at the Peter & Blue Jays Way in November 2020. 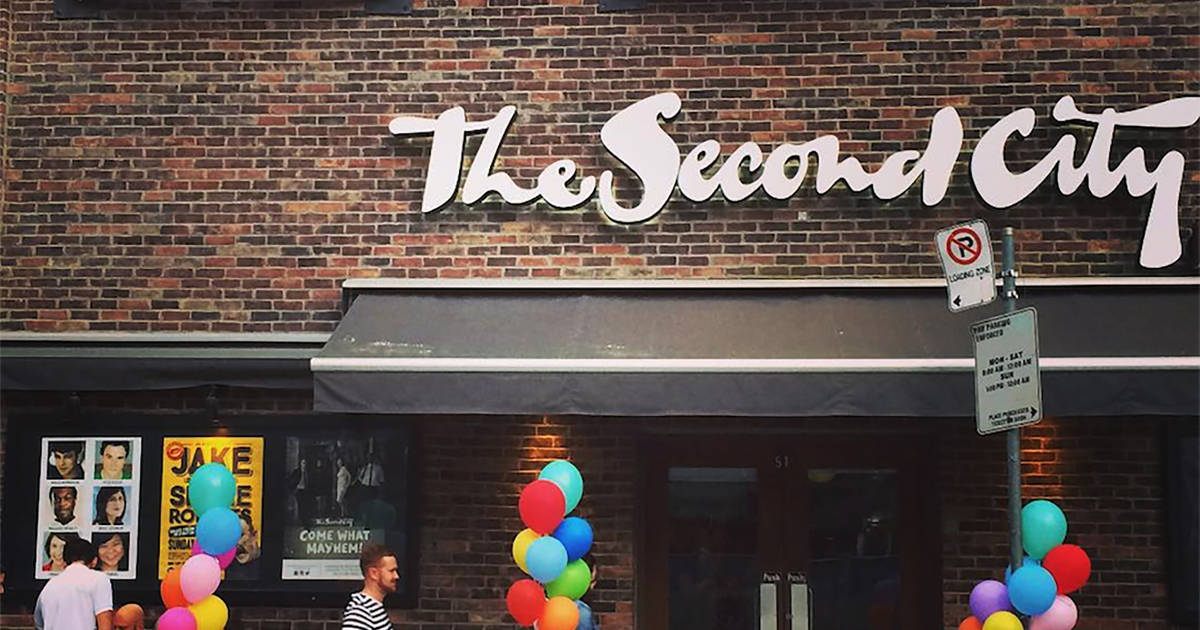 Second City Toronto is getting replaced by a condo development

Second City, one of Toronto’s most well-known improv sketch comedy theatres, is getting pushed out of their downtown Toronto location for the secon...

I heard rumours that Second City would end up at The Well, but either that's not confirmed, or they're intentionally not broadcasting it. They obviously need a custom-built space for the two stages, the training studios, and back-of-house operations, including a new bar food supplier.

Wayne Gretzky's was never as bad as I thought it might be those few times I visited, but I wouldn't miss it. My partner and I would really miss the Second City, though.

The name alone turned me away from Wayne Gretzky's (I mean, is any "celebrity" restaurant any good, especially when they are just trying to do that "upscale pub food" type deal?), but the few times I was there, yea, it wasn't terrible. I gotta say I was impressed how consistently busy it always seemed.