Pret A Manger coming to Canada!

JasonParis said:
I went today to the A&W at Mercer & John. An o.k. selection of sandwiches and *freshly baked* goods, but disappointed to see no espresso-based coffees. Just drip. The whole amalgamation of these two distinct brands is quite the mess and I truly hope it is temporary.
Click to expand...

I was there too yesterday before going to a taping at the CBC Mothership. I wasn’t impressed by the meagre “grab and go” selection but it seemed to be doing well, with half the walk-in traffic taking advantage of it. Part of the old A&W seating area was closed off for more kitchen space.

But in a tight space like that, it didn’t benefit either brand that well.
N

A&W out with a news release hyping their Pret pop-ups with a piece on Retail-Insider: 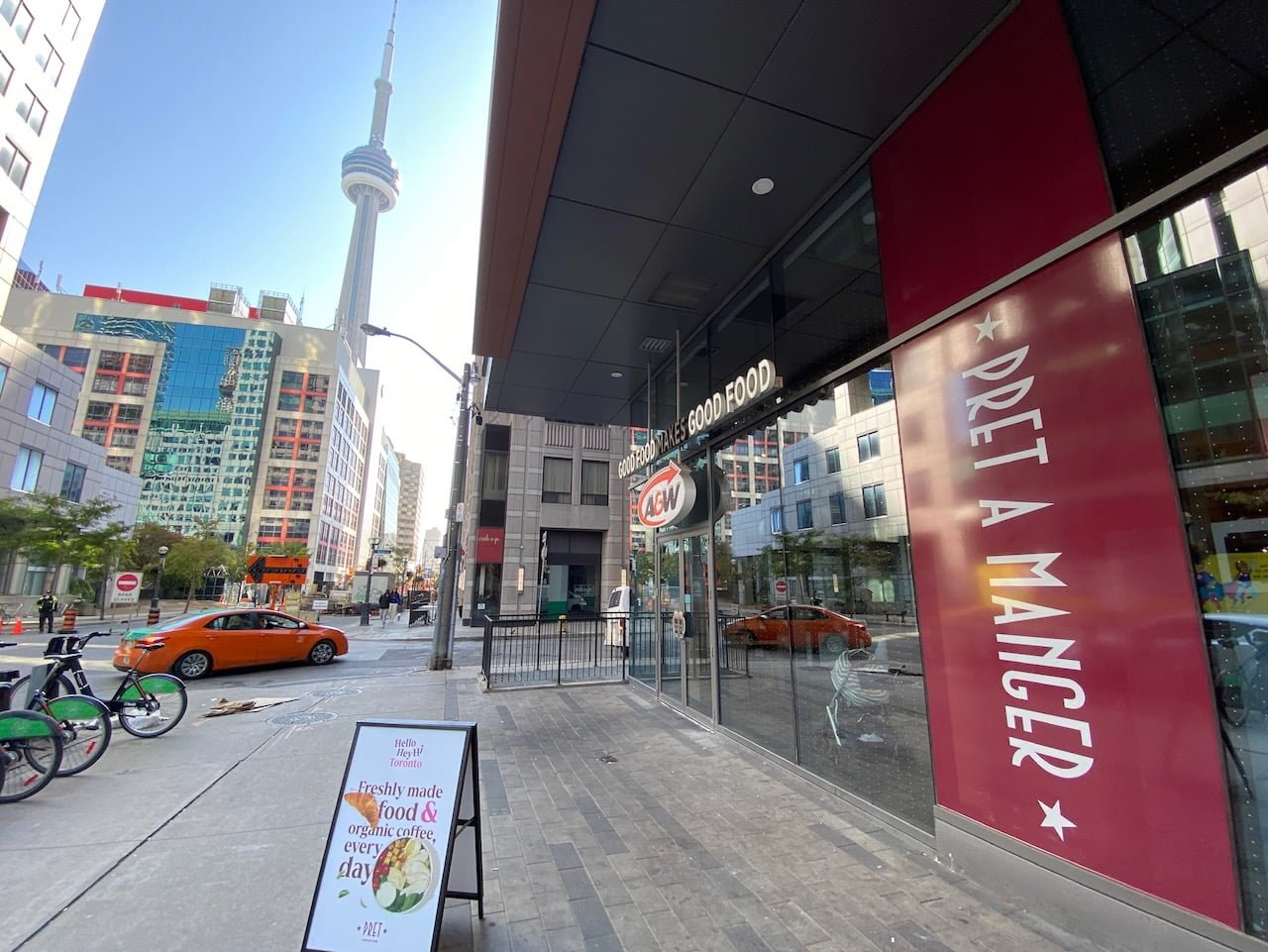 The A&W partnership will see more than a dozen branded Pret locations in Canada over the next two years says a representitive.

In addition the one on John Street they've now added one, in of all places, Downsview Plaza:

Below is the link for finding 'Pret' in Canada.

View Pret stores in your local area and in popular locations.

Apparently another dozen or so popups will open nation-wide over the next year and change.
An environmentally conscientious, libertarian inclined, fiscally conservative, socialist.

Toronto Life with a ranked list of Pret's sandwiches: 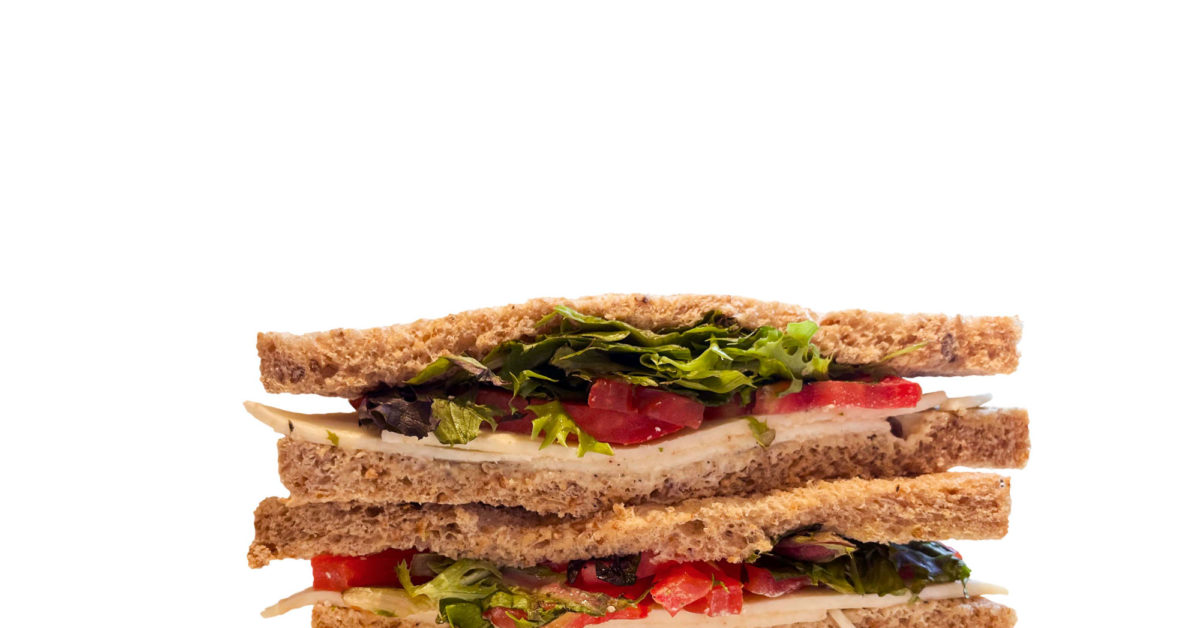 All of Pret a Manger's sandwiches and wraps, ranked

Latest Pret-in-A&W outpost in our locale is the former Bus Terminal Diner on Danforth, just east of Coxwell.

Not far off my neck of the woods, I may go give it a gander.
An environmentally conscientious, libertarian inclined, fiscally conservative, socialist.
N

Ok. So I finally tried the Canadian incarnation of Pret, in the form of the East York A&W outpost noted above.

I decided to start basic, and grab the Chicken and Bacon Sandwich (essentially a club sandwich, but one less layer of bread)

I entered the establishment.

Overall, feels like an A&W, though, they've muted the colour scheme just a bit, and in talking to staff more of that is contemplated.

The sandwiches, and salads are in an open-face fridge (no doors); and the soups/ Mac n' Cheese are in a warmer immediately adjacent.

You grab what you want and take it to cash to pay as per the norm. What you grab, generally, comes with no extras (drink or sides); but you can add those at the cash including any A&W products.

I grabbed said sandwich and a Rootbeer in a mug and ate in.

Price, $8.99 for the sandwich, whatever A&W normally charges for a medium rootbeer, all-in about $13 w/tax.

Broadly, I think it's decent value for money, but the details are below

Bread, a multi-grain, was really quite good, very fresh, very moist, but not soggy at all, full points on the bread. I'd personally prefer my Club toasted, but this was decent.

Mayo: Flavour-less, I mean, standard, run-of-the-mill mayo and fine, as long as something else drives flavour

Tomato: OMG we need to talk about how fast casual places deal w/tomato..........it was ripe-ish......but ice cold, colder than the rest of the refrigerated sandwich. It had zero salt on it............not
particularly tomato'ey. Note to everyone, tomatoes do not do well in fridges, they suck the flavour out of them. Also tomato needs salt.

Bacon: Decent, but needed more, in particular because that was the only driver of flavour, so that smokey-ness needed to be more prominent and so did the salt. There are ways to get there other than more bacon
But 50% more bacon would have improved the sandwich enormously.

Overall: 7/10 Not brilliant, but decent value-for-money. I somewhat suspect their foods that have purposeful flavour in their condiments (ie. pesto) may be better, I'm intrigued.

I took note of the Moroccan Soup in the hot case, the description for which there was some appeal, but didn't try it.

On freshness: They had only one of the type of sandwich I picked up, in the case; and this was mostly true of other types, I think their most popular had two out.

I noted that when one checked one out on order at the till, the cashier called to the kitchen to make another. I watched them restock as I ate.

That's a positive in their favour.

I made need to start a whole thread on how the food industry deals w/tomatoes, LOL....
An environmentally conscientious, libertarian inclined, fiscally conservative, socialist.
D

Looks like more big changes are coming to this A&W, can't confirm whether it's Pret related. Couldn't get a good shot inside, but the entire service counter has been removed. 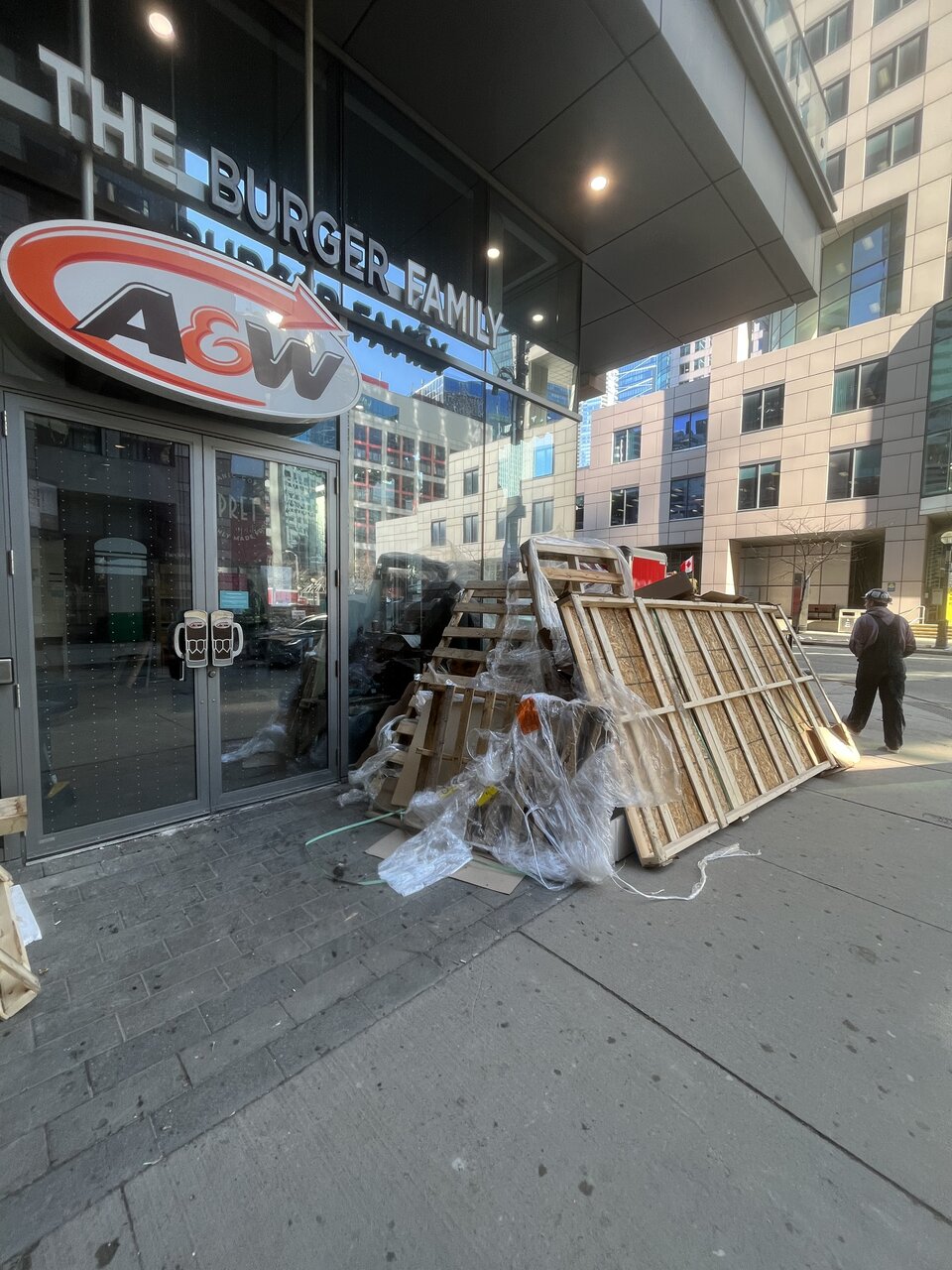 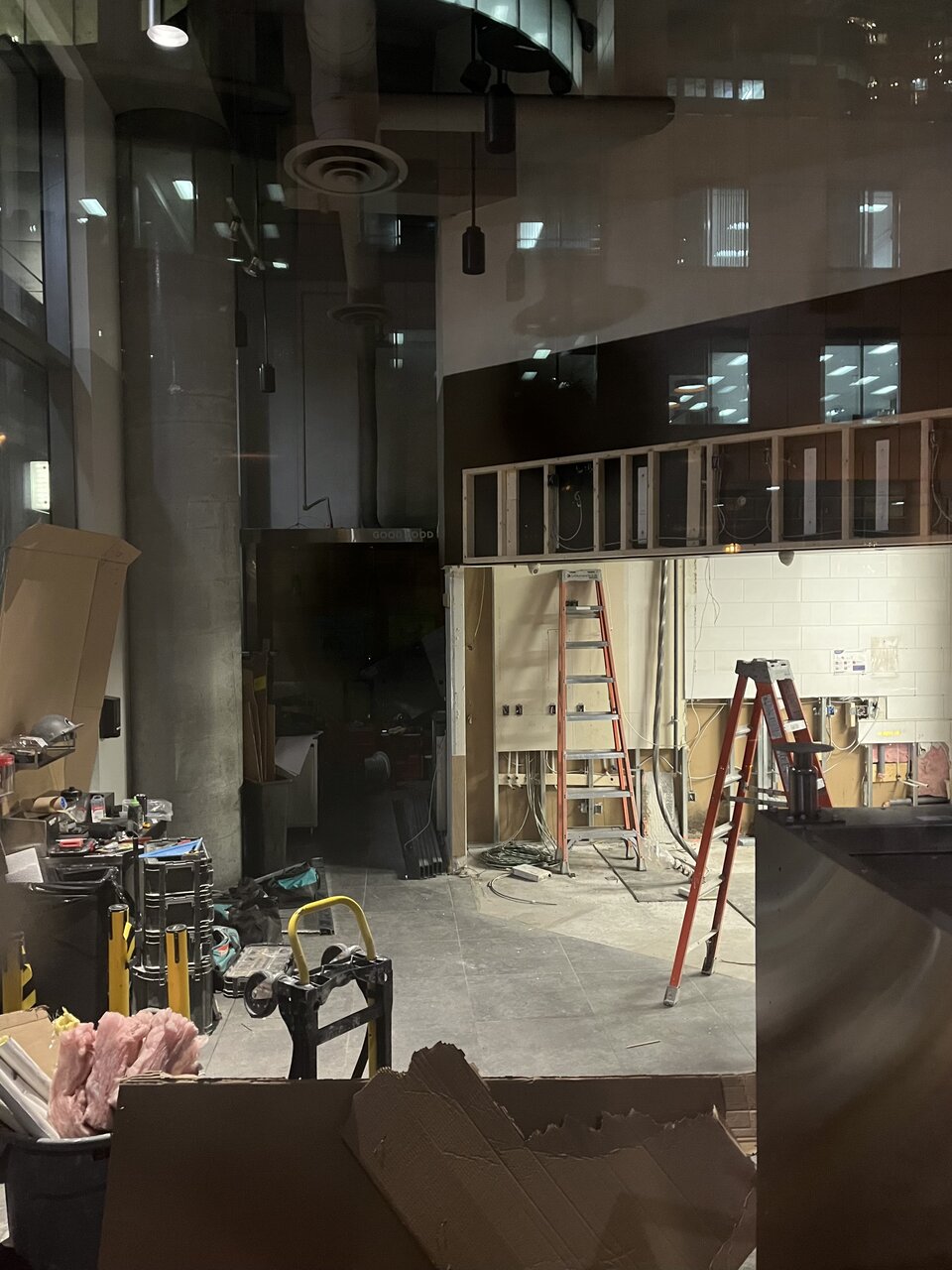 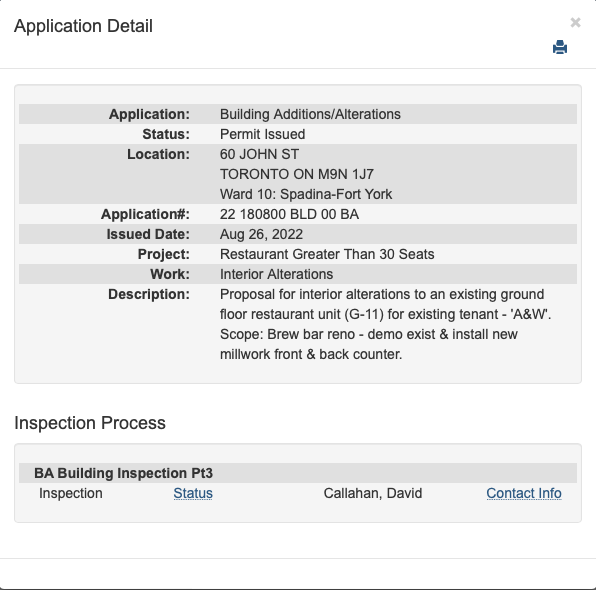 Northern Light said:
out on order at the till
Click to expand...

Northern Light said:
In terms of freshness, I noted that they put out only 1 sandwich at a time of each type except for their biggest seller which got two; and that when I went to the cash to pay, they called back to the kitchen to make a new one.
Click to expand...