taal said:
To the folks surprised there isn't more high end retail in the core ... why is that such a big surprise ? I won't comment on how much retail there, rather the "increase in it". Now even with all the people moving into the core I'd argue very few of these are at the very high end of the spectrum. Lots of middle and upper middle class, folks that couldn't afford to step foot in many of these stores. You may argue, what about the luxury condos ? I'd argue many of those folks were already in the core or close to it and already shopping in the vicinity.

Also keep in mind there has been a lot of new non-high end retail throughout the core, namely due to retail space in condo developments.
Click to expand...

I doubt very much that retailers in Yorkville are trying to cater to the influx of 30 somethings moving into the core and living in 400 sq. ft. condos, so I would agree with you on that point. Bloor/Yorkville's appeal is to the small percentage of people who buy thousands of dollars of stuff at a time, whether they live in the core or not, plus tourists who will shop at these places when they visit Toronto. As has been pointed out many times in these threads, malls have one property manager which can consolidate its efforts into expansions, lease negotiations, and long term strategy. The BIA's don't have this so it takes longer to close deals in neighbourhoods like Yorkville. Retailers may not want to wait that long if another option exists to get into the market.

I think a lot of malls are going higher end strictly due to competition. I remember someone at Cadillac-Fairview saying part of the reason Markville was renovating was because better stores were going to Oxford's STC. Some comments about the 416 having its malls and the 905 theirs, I think miss the point. Markville is also a good example because the Downtown Markham development is looking for 2 million square feet of retail, which is twice the size of Markville and only a few KMs away. It either improves or dies.

In general, I expect more high-end stores in parts of the 905 in coming years. Too many million+ homes are being sold for this not to happen eventually. The "rich are moving to the core" is really a 416 phenomenon.
S

Farm Boy is quite good, and it would be great if they expanded into Toronto. Unfortunately, they tend to favour suburban, car-centric locations.

The local-focused retailer says an investment from a new North American partner is behind the expansion.

There are currently 13 stores in Ottawa, Cornwall and Kingston with a new location in the works for Ottawa’s Trainyards.

The deal will be formally announced next week. Chief executive Jeff York said Tuesday night that an influx of cash from a “private equity partner” will allow the company to expand across Canada.

The deal, which is expected to be announced publicly next week, would bring an undisclosed amount of money in from a new “North American” partner.

York, who came to Farm Boy from Giant Tiger with a mission to “grow the company”, said late Tuesday evening that the leadership of the grocery chain will remain the same, with the new partner joining the Bellemare family, and York remaining at its helm.

York would not identify the new partner — or how much money would be involved — but he said the partner is not from the Ottawa area.

He did say, however, that the money will allow Farm Boy to expand, creating “more jobs and a bigger Canadian footprint.”

Despite its growth, York said the company remains committed to its original business model as a “fresh-food retailer.”

Farm Boy says it deals directly with local growers and suppliers to provide organic and unusual varieties of produce not found elsewhere.

With the new money, York says Farm Boy will be able to offer its wares to more Canadians.

“This is what every company wants to have,” said York. “Owners that want to aggressively grow companies, ’cause if you’re not moving forward today, you’re moving backwards.”

Farm Boy Inc., which began in 1981 as a small produce stand in Cornwall, has been aggressively expanding in the past year, with more locations in the works.

Last month, the company opened its 13th location in Kingston. The 14th is planned for the spring of 2013 in Ottawa’s Trainyards shopping district.

After landing $1B in revenue, Lululemon preps for footwear launch

After landing $1B in revenue, Lululemon preps for footwear launch

The pandemic has proved no obstacle to the retailer's growth plans, as revenue grew 22% and digital comps rose an astonishing 94%.

“We don’t see any dramatic impact in the reduction of the momentum in the business … there are a lot of drivers of growth within the marketplace,” he told Jim Cramer in a “Mad Money” interview. “I think there are some lasting [pandemic] inflection points across the guests.”

Like many other businesses, Lululemon saw its digital sales increase exponentially through the coronavirus pandemic. Lululemon reported a 94% growth in the category in its third-quarter, which ended Nov. 1, as consumers spent more online.

The athleisure wear retailer’s sales were also buoyed by consumers seeking to get active with health and wellness in mind, alongside a rising interest in comfort clothes, McDonald said.

“Those are all drivers that are going to continue moving forward post the pandemic,” he said. “Combine those with momentum we have in the early stages of our growth and innovation, I don’t see any real material impact slowing our business down.”

Lululemon reported bringing in more than $2.67 billion of revenue in its three fiscal quarters stretching early February through early November. While revenues from physical stores depleted more than 36% year over year during that period, direct-to-consumer revenue has more than doubled in that nine month span.

Between the three quarters, Lululemon’s direct-to-consumer business reports $1.56 billion of sales, up from $674 million in the same span in 2019, offsetting brick-and-mortar losses.

In the U.S., the athleisure market could reach $105.1 billion in sales in 2020, based on data from Euromonitor International and Coresight. That number is a 9% decline from 2019, but the firms are projecting the market to grow about 6.5% annually through 2023. 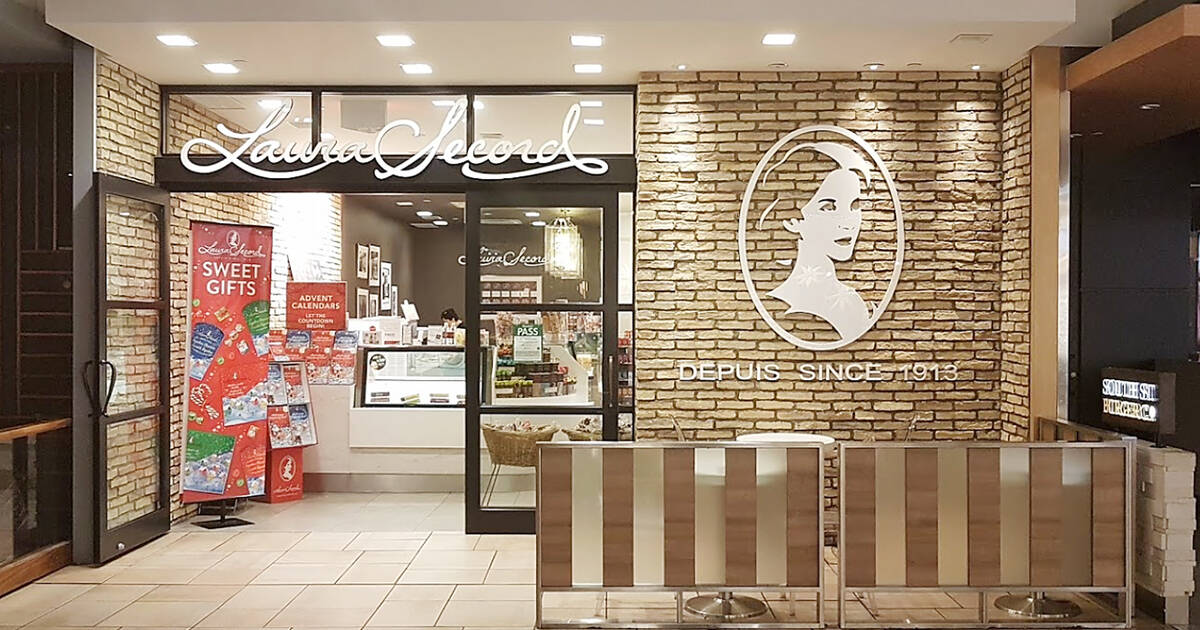 Toronto shoppers got word that an iconic Laura Secord shop had permanently closed this month, but it seems as that location isn't the only one to s...

Toronto shoppers got word that an iconic Laura Secord shop had permanently closed this month, but it seems as that location isn't the only one to s...

They seemed stuck in the past. More dynamic chocolatiers leapfrogged them.

Barneys New York Not Coming to Canada as Announced​

Authentic Brands Group (ABG) announced in late 2019 that it had successfully acquired the Barneys New York name for $271 million, following Barneys’ bankruptcy. In a partnership with HBC-owned Saks Fifth Avenue, Barneys New York had been set to open more than 40 ‘Barneys at Saks’ departments in the US as well as in Canada which would have included an initial three locations in Toronto and Calgary.

Last week it was revealed in WWD that the Barneys rollout will now be limited to two Saks locations in the US for the time being. That includes a 54,000-square-foot Barneys at Saks on the fifth floor of the Saks flagship store in Manhattan, which opened last week, as well as talks of a 14,000-square-foot Saks building in Greenwich, Connecticut, which will open at Barneys on January 25, 2021.

“Beyond the Fifth Avenue and Greenwich locations, Saks has no plans as of now for additional Barneys sites. That’s to be determined based on the degree to which customers take to Barneys at Saks,” as per an article in WWD.
Click to expand... 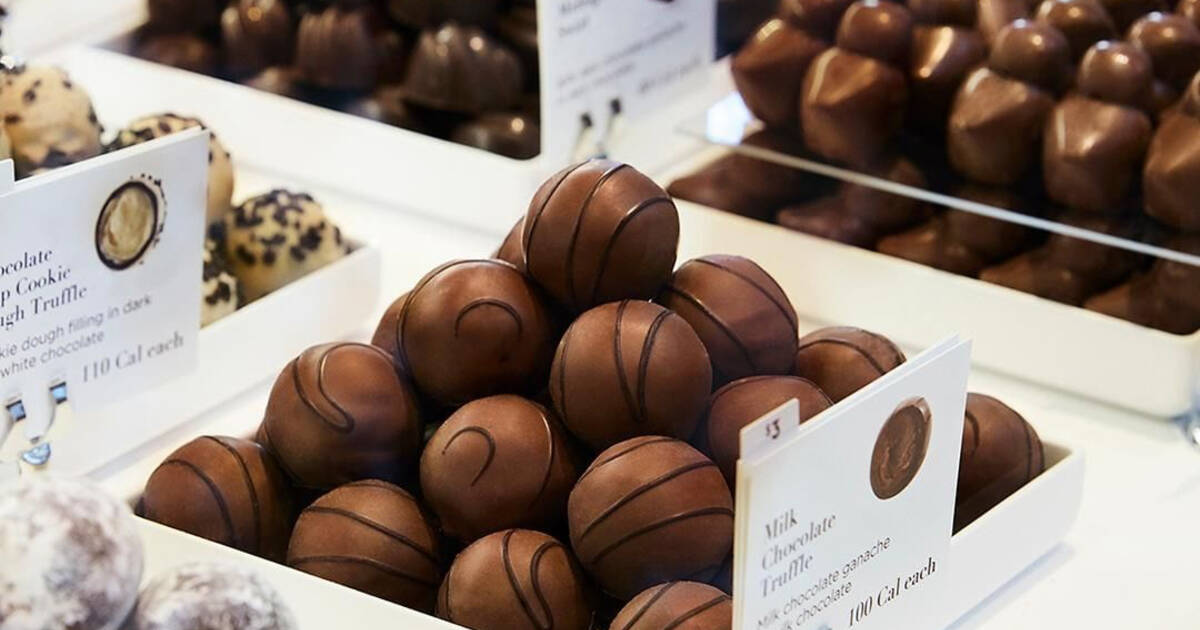 Of all the things COVID-19 has taken away from shopping malls, the ability to get freshly-dipped chocolate strawberries in the middle of a long, an...

Would have been a real loss a few years ago; but providing our local chocolatiers survive..........people like SOMA, we should be just fine for access to fine chocolate truffles!
An environmentally conscientious, libertarian inclined, fiscally conservative, socialist.

Of all the things COVID-19 has taken away from shopping malls, the ability to get freshly-dipped chocolate strawberries in the middle of a long, an...

Would have been a real loss a few years ago; but providing our local chocolatiers survive..........people like SOMA, we should be just fine for access to fine chocolate truffles!
Click to expand...

Soma is brilliant. Dated chocolatiers like Laura Secord and now Godiva simply can't keep up with ones like them.

I love their pistachio gelato...
N

Towered said:
I love their pistachio gelato...
Click to expand...

Two other foodies here at UT who enjoy their culinary decadence.

I am, however looking at the double-roasted, dark chocolate coated, cocoa-dusted hazelnuts from Farmboy sitting on my desk, and thinking they might make a good mid-day nibble.
An environmentally conscientious, libertarian inclined, fiscally conservative, socialist.