The holdout is a house on the top of the image, slightly right of the centre.

The house is on Ridelle Avenue near Marlee Avenue, across the street from Sobeys. The holdout even has its own postal code!

The Imperial Oil Building at one point had a holdout jutting through its parking lot; after the holdout's owner died, the building's owner purchased the property and demolished it. 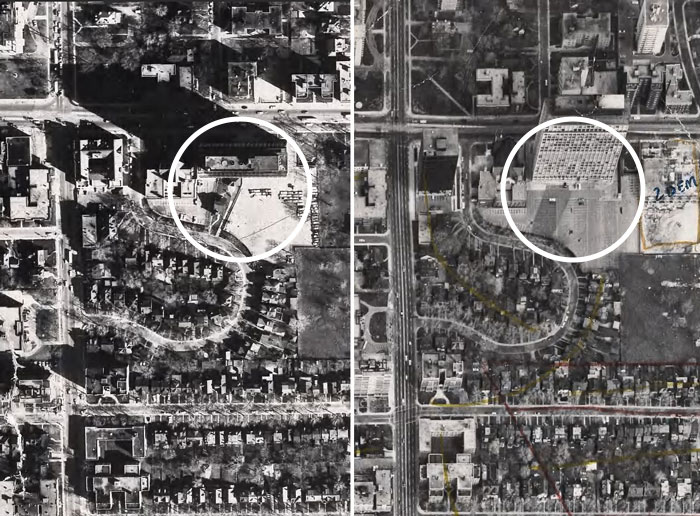 The Imperial Oil Building and the holdout

There's also the half-standing formerly semi-detached house on St. Patrick Street as well. It's now also a Pokéstop thanks to its status as a holdout.

The Denny's site at Bay + Dundas:

That is a textbook example of a holdout in Toronto and is a much better example than the Ridelle holdout across from Sobey's. The New World Laundromat should be made a landmark.

That is definitely a holdout.

2 Queen East is just façadism and thus not a holdout.

I have identified two more holdouts, both on Bloor across from the ROM: Remenyi and Gabby's

Johnny Au said:
2 Queen East is just façadism and thus not a holdout.
I have identified two more holdouts, both on Bloor across from the ROM: Remenyi and Gabby's
Click to expand...

I think 2 QW was a holdout during the Eaton Centre land assembly era. Maybe we lucked out because it probably would have been torn down during that time.

I think @adma was referring to 2 Queen West, which the Eatons could never acquire.

AlvinofDiaspar said:
I think 2 QE was a holdout during the Eaton Centre land assembly era. Maybe we lucked out because it probably would have been torn down during that time.

There wasn't much an Eaton Centre land assembly. The Eatons had owned the land for decades. 2 QW was a holdout from the Eaton's constantly expanding main store at Yonge and Queen.

ETA: This was the Eaton's landholdings in 1920 (2 QW a notable hold-out). They kept acquiring parcels after this. 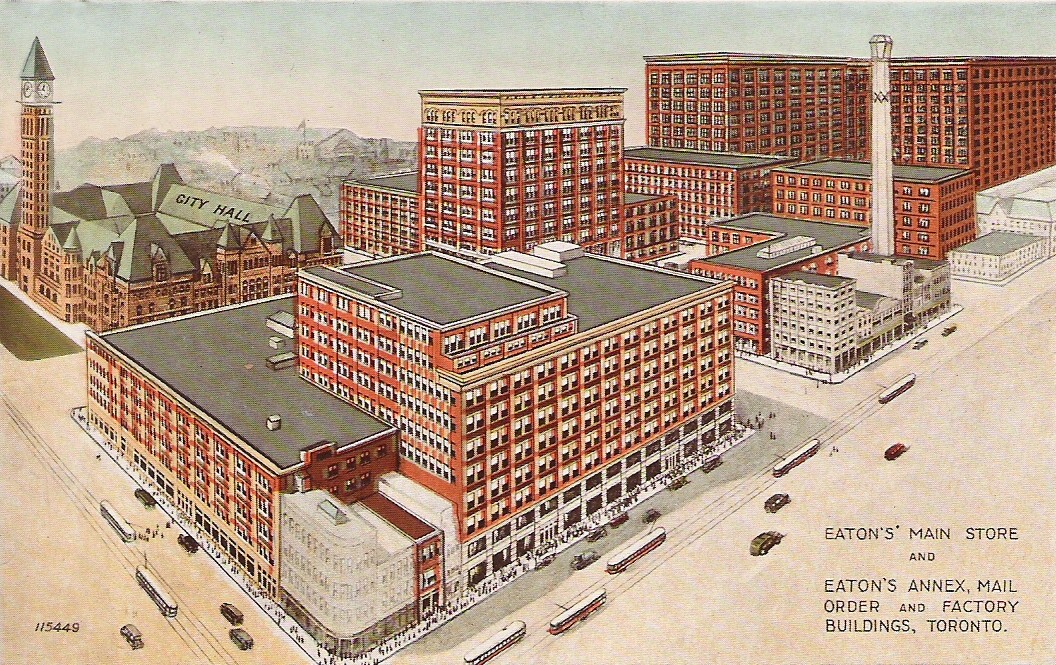 Maybe the New York Furs building at Peter and Adelaide.
A

Yeah. there was a deed on the 2QW land that prevented its acquisition by either Eatons originally or on behalf of the Eaton Centre later.

Right now, a bit by default, the ex-HMV on Yonge is *very* holdoutish.

Ah. 2QW is indeed a holdout.

I don't think so; the Scotiabank next door also fits with the H&M Building's character.

It's adjacent to two separate lots and thus not really a holdout. It's just a converted house.

207 McCaul is a holdout; it's surrounded by parking lot.

This *was* a holdout.
http://urbantoronto.ca/news/2016/11/st-james-town-heritage-home-re-located-new-density
N

Here is the Site Plan information link from the town of Oakville. http://www.oakville.ca/business/sp-24142.html