Wow..."This is That is an award winning satirical current affairs show that doesn't just talk about the issues, it fabricates them."
It's scary what people will believe on the internet.

Isotack said:
Wow..."This is That is an award winning satirical current affairs show that doesn't just talk about the issues, it fabricates them."
It's scary what people will believe on the internet.
Click to expand...

Yes, but THIS was radio and they broadcast their last episode a month or so ago. All still available on CBC website and some are wonderful!

Yes, "THis is That" was a fine example of satire and I thoroughly enjoyed every episode.
And "what people will believe on the Internet" is indeed "SCARY."
That's because few are skeptical and many are gullible.
Human nature, I guess…..or is it lack of education?
[SIGPIC][/SIGPIC]Goldie
G

Talking of dysfunctonal apartment buildings. Does anyone remember the Bayview Ghost, a high-rise built not without bathrooms, but without a building permit? 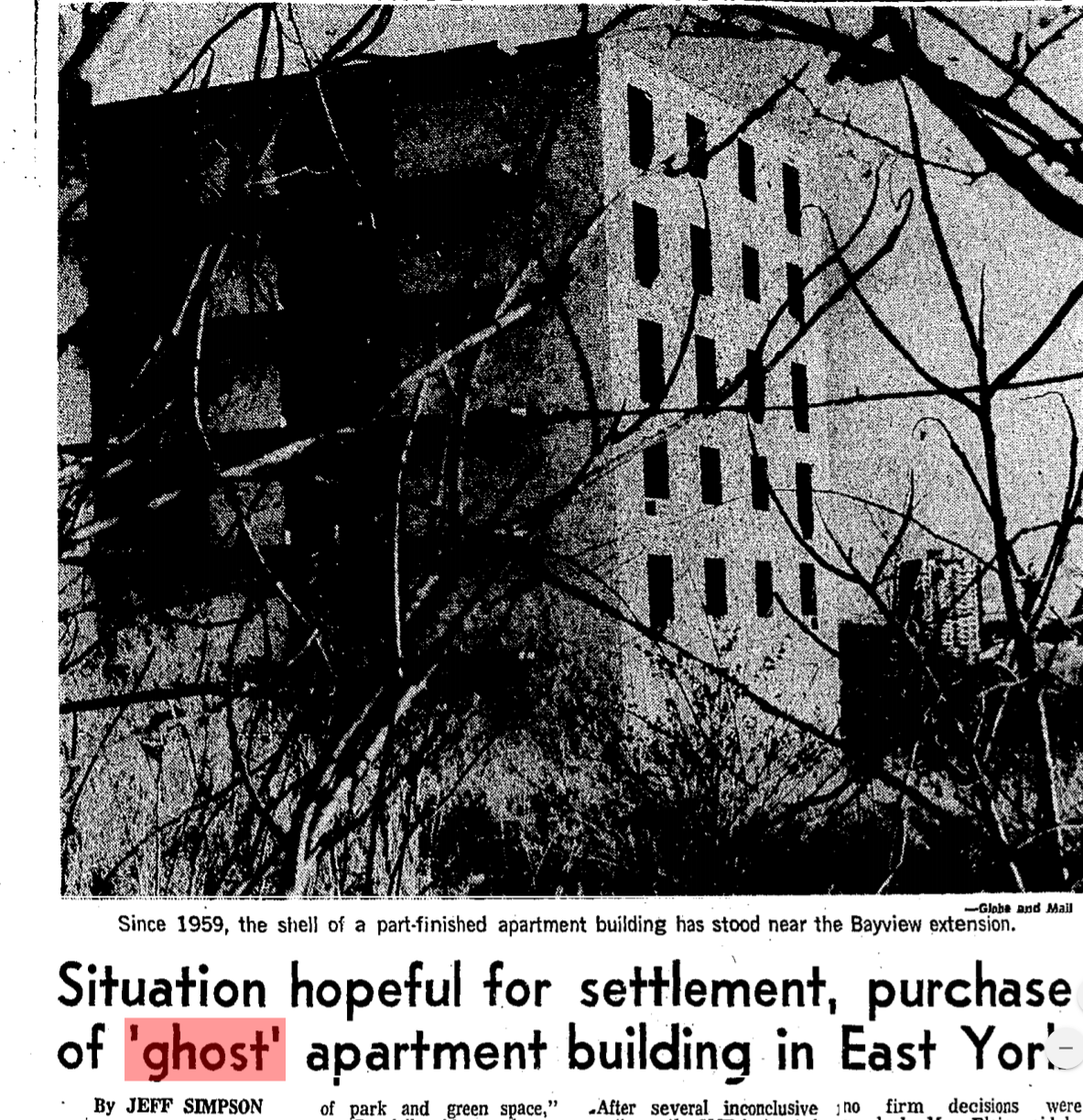 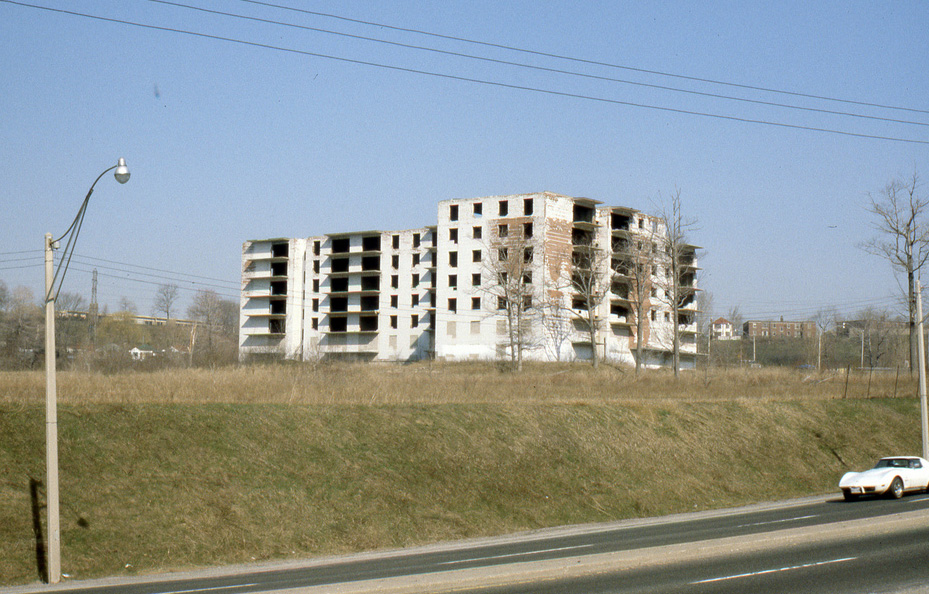 Huang and Danczay tried to build Pearson Terminal 3 without a building permit. That didn't go down too well in Hazel McCallion country.

I remember seeing the ghost as a kid and it always fascinated me.

Some more history of it:

EAST YORK ADVOCATE 018: The tale of the Bayview Ghost is a chilling municipal horror story

Long-time East Yorkers will still remember “The Bayview Ghost” but newcomers may not have even heard of it. The Ghost, also known to some as “The White Elephant.” was a derelict apartment building …
www.eastyorkchronicle.com
G

Requiem for a landmark. The lesson for the rest of us: make sure you photograph and film them while you can.

Geogblog said:
Requiem for a landmark. The lesson for the rest of us: make sure you photograph and film them while you can.

True. Fortunately, I was able to do just that back in the summer of 2004!

the irony of trying to preserve it and accidentally burning it down....
O

I was with Toronto Telegram reporter Ron Kish when we explored this hunk of junk for a story in 1970. It was a day like the photo but creepy. You had to be careful where you walked because of the jagged rubble littering the site. 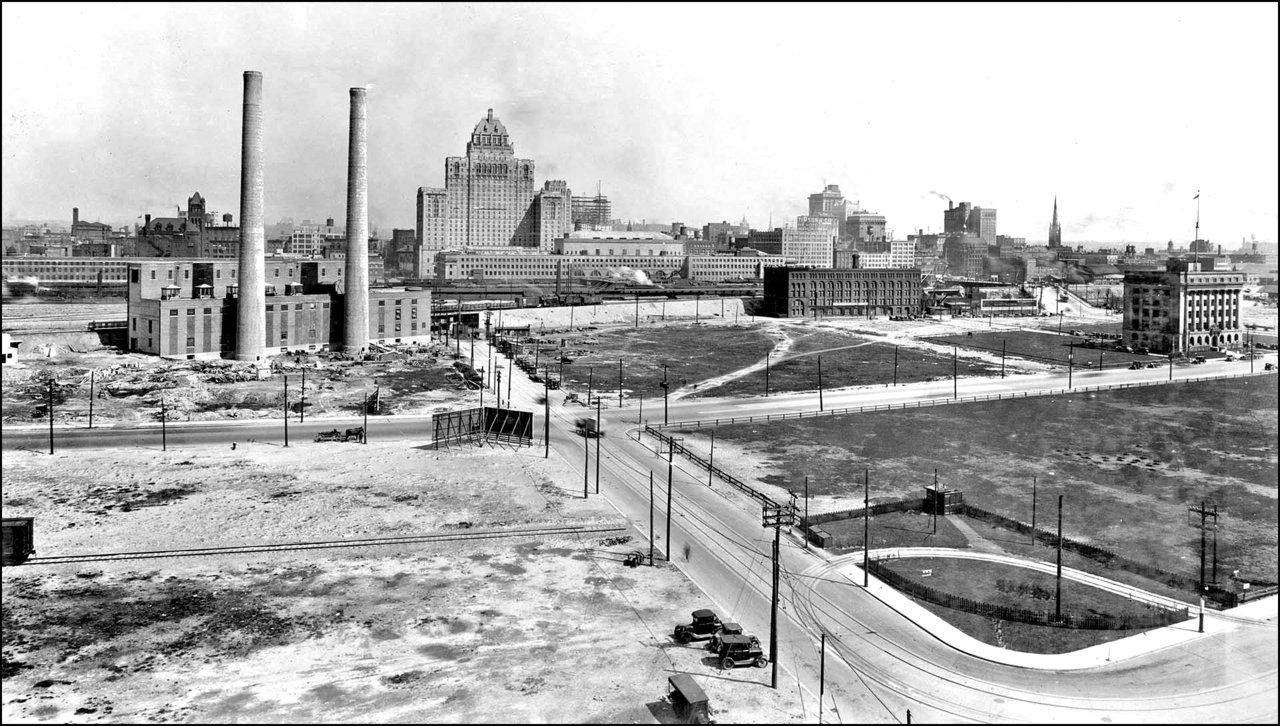 That newly-completed district heating system of the Toronto Terminals Railway is quite prominent. Two massive smokestacks. It supplied steam heat and power to both Union Station and the Royal York Hotel. Thomas C McAree, Vern Mcaree's brother, was the chief engineer there at this time. Here are my notes from a 1960 Globe & Mail article on this building:

The Toronto Terminal Co’s heating plant at the foot of York St, already the largest in Canada is to be expanded by 1/6 next December. Plant now heats the Royal York Hotel, Union Station and the Dominion Government Building on Front St and Post Office, the Workmen’s Compensation building on the waterfront and the CNR and CPR Express buildings, numerous outbuildings and signal cabins and via a ½ mile pipeline, the CNR roundhouse on Spadina Ave. The expansion involves a new 100,000 lbs./hr. boiler to bring the plant to 420,000 lbs./hr. The new boiler will be the third of its size installed since 1958, replacing a 35,000 lbs./hr. boiler and leaving3 x 35,000 lbs./hr. boilers in operation. Present plant has 6 furnaces which consume 50,000 tons of West Virginia Coal per year which is pulverized before combustion. The plant has been in continuous operation for 31 years. Chief Engineer W E Matheson monitors smoke daily, and the plant has elaborate smoke detection and monitoring equipment. When smoke reaches the bylaw infraction threshold an alarm sounds and the operators can adjust oxygen (via blowers) and fuel ([Toronto] Globe & Mail 23 Sep 1960 p. 21).
Last edited: Apr 17, 2019
L

The ferry Trillium rotting in 1964 on Toronto Islands. 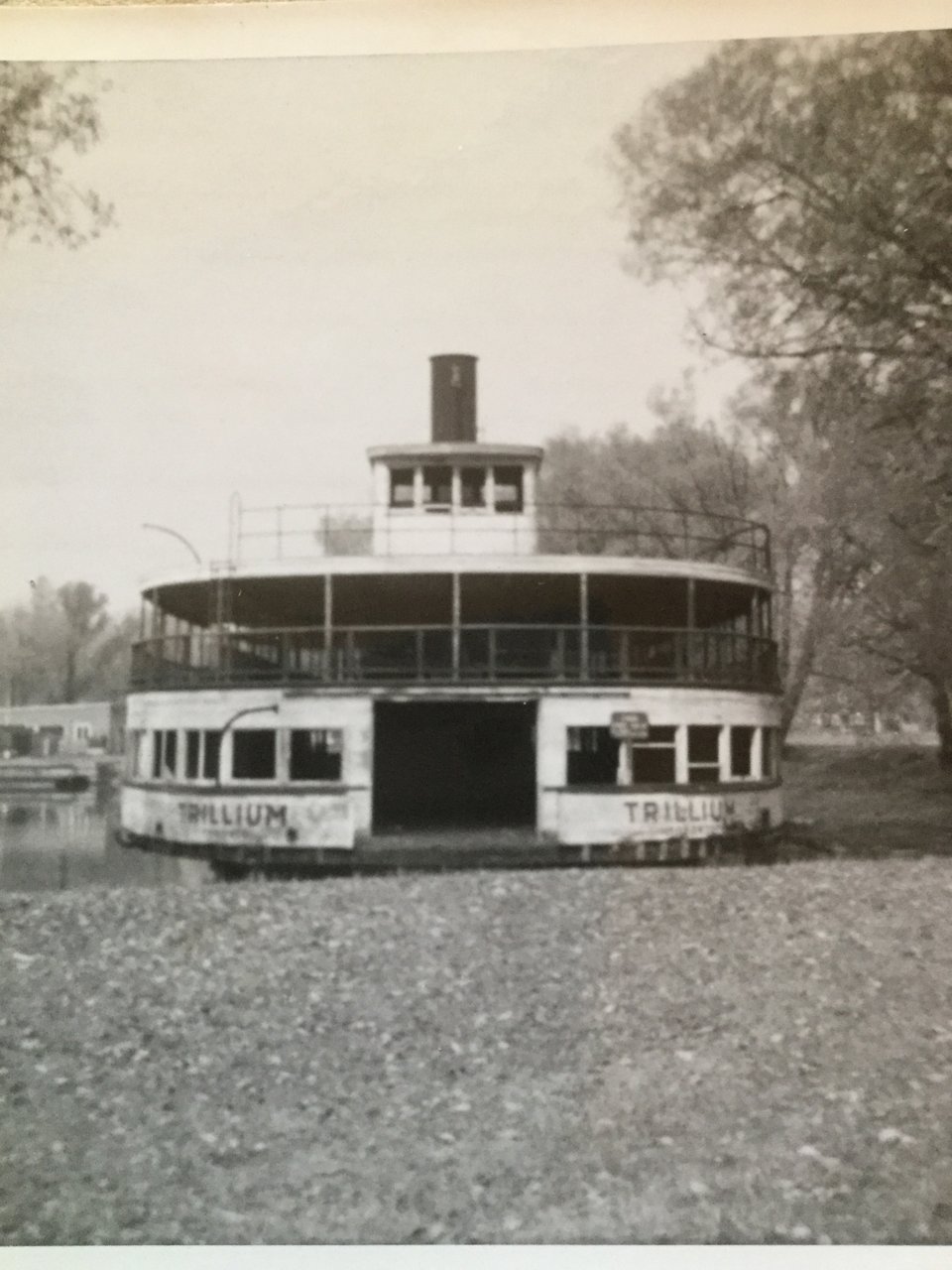 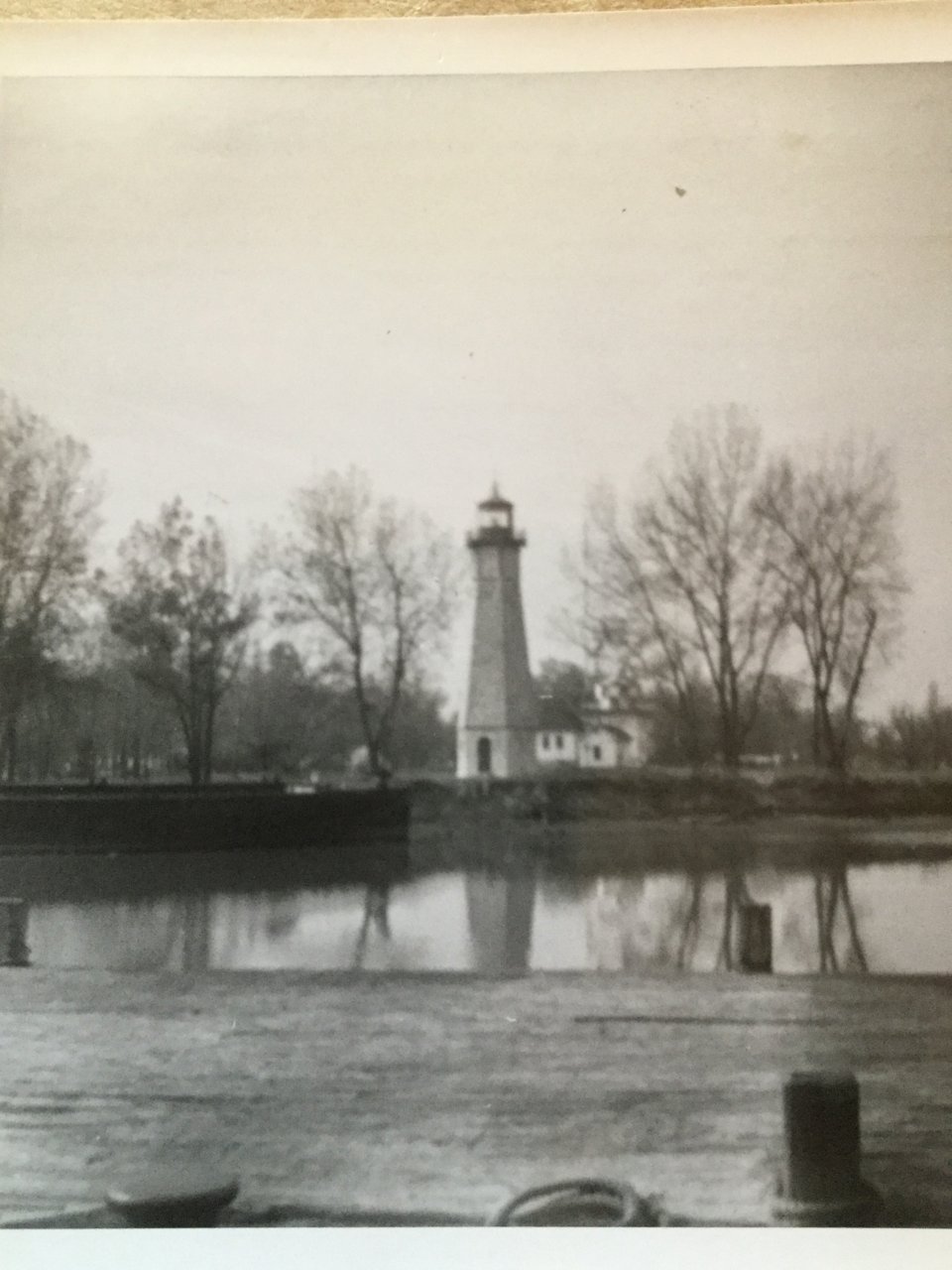 Toronto Island school, 1964. One lucky Grade 6 class per school got to attend the Island school for one school week. 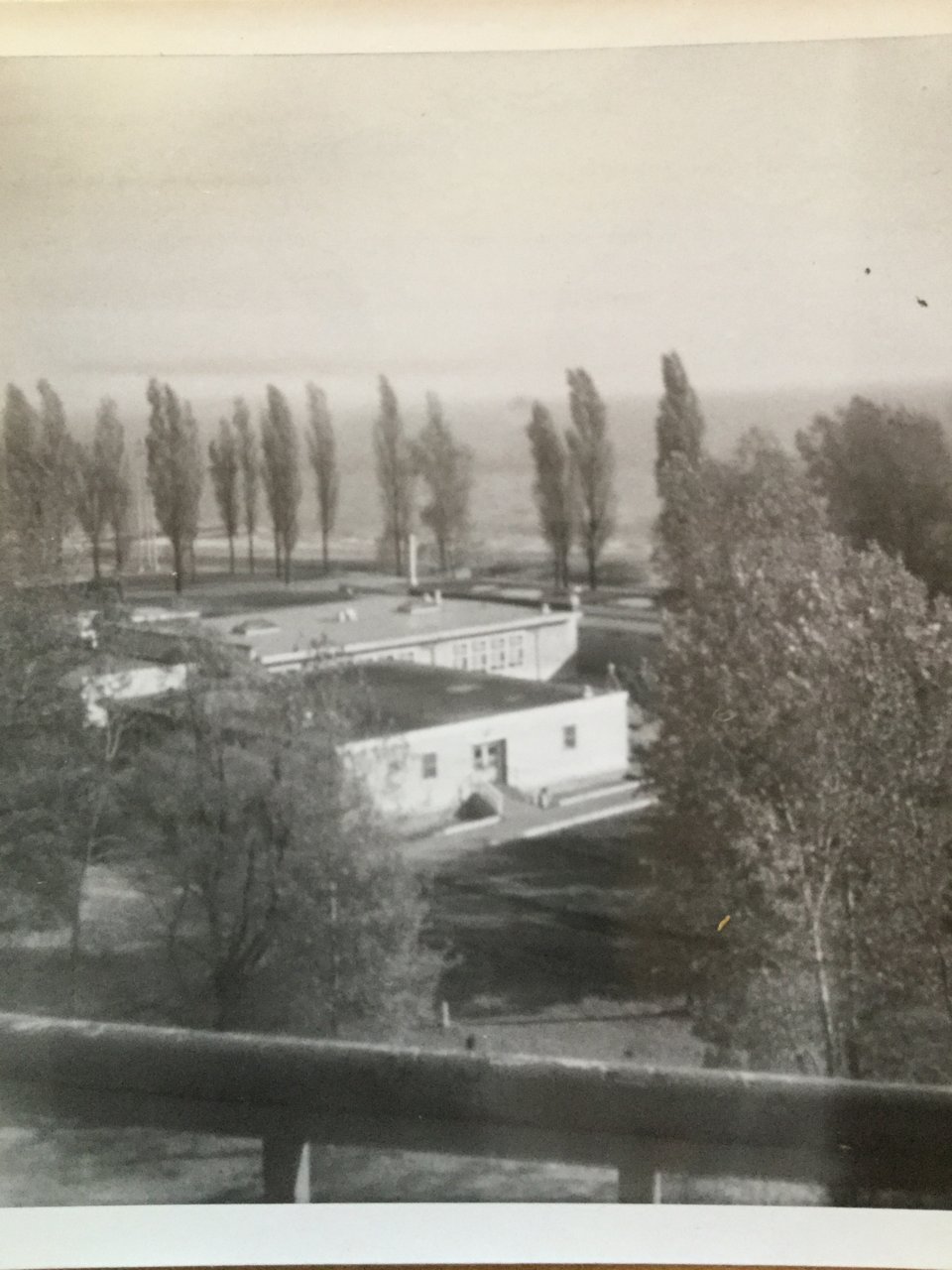