I think there will still be provincial incentives involved (considering the frequent Government of Ontario press releases touting new jobs via government investment) if Amazon shows any interest, but not to the tune of billions like in New Jersey.

That being said, I still wonder how Amazon is going to approach hiring for its HQ2 workforce- whether by importing them from across North America or through the local university systems.

Ontario to bid for Amazon HQ2 by investing in education, not offering incentives
The region’s formal bids to win the hotly contested competition for Seattle-based Amazon’s second headquarters will be submitted this week.
Click to expand...

“As a businessman, I like this approach; successful firms want to be in jurisdictions that are inherently attractive, and that will remain so in the future,” Clark said at a Canadian Club speech at the Fairmont Royal York Hotel on Wednesday.

“This is doubly true if you are locating a head office. Companies want jurisdictions that invest in educated workforces, have livable cities, and put out a welcome mat for the best talent to bring their energy and ideas from anywhere in the world.”
Click to expand...

That’s why the government is investing in “talent” that will help the region, regardless of whether the firm comes.

“No special deals. We are offering Amazon the best place in the world to do business,” he said.

The Ontario government announced Wednesday it would boost “support for students in the science, technology, engineering and mathematics disciplines, including artificial intelligence, to continue to build a highly skilled workforce and support job creation and economic growth.”

The hope is to increase the number of graduates in those disciplines by 25 per cent over the next five years, from 40,000 to 50,000 annually.

As well, the province will spend $30 million to work with the Vector Institute, of which Clark is the chair, to increase the number of professional applied masters’ graduates in artificial intelligence to 1,000 a year within five years.

That’s designed to help the Ontario municipalities, including the Toronto region, Ottawa, and Hamilton, vying for Amazon’s headquarters.
Click to expand...

Interesting use of the cover page to push an oft-repeated feature (in this case, diversity). On pg. 87, they start going into potential sites. Pg. 95 details Downtown Toronto sites- existing inventory, 16 York, CIBC Square and of course the East Harbour sites are all there.

There are some new renderings for East Harbour in there- I think the site plan changes that happened must have been in response to the Amazon bid. There are also some pretty renderings of the other suburban sites (some of them updated) as well, and of course, some rougher views for the secondary sites (like in Seaton???).
Last edited: Oct 19, 2017
J

Any other bid packages?

New York's approach is interesting, with multiple municipal bids offering no incentives, but the state doing so instead.

New Jersey proposed $7 billion in potential credits against state and city taxes if Amazon locates in Newark and sticks to hiring commitments, according to a Monday news release from the governor's office.

Across the Hudson River, New York City made a proposal without incentives special for Amazon, though the state is expected to offer some, a spokesman for the city's economic development corporation said on Wednesday.

And across the country, California is offering some $300 million in incentives over several years and other benefits, the governor said in an Oct. 11 letter to Amazon's Chief Executive Jeff Bezos, published online by the Orange County Register.
Click to expand...

Atlanta: Emphasizing its mix of transportation, corporate talent and strong location with a welcoming business climate — and a suburb willing to change its name to Amazon.

Baltimore: Betting on its location between New York and Washington, D.C.

Boston: Emphasizing outstanding local talent, transit and real estate in a bid running in parallel to separate proposals by several other Massachusetts municipalities.

Charlotte, N.C.: Betting on its reputation as pro-business, paired with a socal media campaign.

Chicago: Emphasizing its quality of life and location.

Columbus, Ohio:Showing off the area's talent and university connections.

Denver:Not disclosing much but widely viewed as a leading contender due to its quality of life and bustling economy.

Las Vegas: Hoping that low taxes prove to be a draw.

Miami-Dade, Fla.: Hoping that regional cooperation, including participation from Broward and Palm Breach counties, and quality of life will seal the deal.

Milwaukee: Aiming for regional coordination in southeast Wisconsin as a key selling point.

New York: Hoping that the city's global appeal and talent overcome its steep cost of living and real estate.

Philadelphia: Emphasizing its strong workforce and its pivotal location as a major transit hub.

Portland, Ore.: Hoping to grab Amazon's attention by identifying a specific city property that would benefit from political action to raise height limits to accommodate the company's needs.

Salt Lake City: Expected to emphasize outdoor living in a bid coordinated by the state of Utah.

San Diego: Hoping the area's undeniable quality of life makes up for an understated tech sector.

San Francisco-Oakland: Betting that the Bay Area's legendary tech talent and a regionally coordinated bid will prove enticing despite the high cost of living.

Washington, D.C.: Hoping the city's booming development, talent, proximity to power and culture will overcome a decision not to coordinate bids with southern Maryland or northern Virginia.
Click to expand...

As if the bid package made me love Idris Elba even more.

ADRM said:
As if the bid package made me love Idris Elba even more.
View attachment 124565
Click to expand...

Yup that quote went viral during TIFF - but Toronto Global definitely didn't play it safe by putting it in. As to the posturing of the bid, it's basically a big FU to other cities in the US - in the polite Canadian manner, of course. We could have one-upped it with the bat-toss.


jje1000 said:
That being said, I still wonder how Amazon is going to approach hiring for its HQ2 workforce- whether by importing them from across North America or through the local university systems.
Click to expand...

I don't imagine they will have issues hiring across North America - though no doubt they will recruit locally as well.


"The Amazon bid tells the amazing success story of the Toronto Region.


There is no other place in North America that can boast the same talent, the same quality of life, the same vibrancy and economic strength.


While we look forward to Amazon’s response to our bid, we want the world to know the opportunities this region represents. We are growing fast while staying true to who we are. We are leading the way with new innovations and new industries, while investing in people who are building their careers and their lives. We are attracting corporate headquarters while continuing to support, invest in and build up our homegrown companies, including our long list of successful start-ups. And I think our approach to this bid demonstrates our commitment to those goals – this bid is a smart, sustainable approach that truly sets us apart.


Our value proposition is defined by our diverse labour force, reinforced by strong immigration policies and world renowned post-secondary institutions, and our location and reach in relation to a truly global marketplace.


As a result of these strengths, the region is home to a rapidly increasing number of growth stage technology companies and corporate headquarters, and our bid is centred around one clear message: There’s something special happening here.


Although our city is growing fast, the Toronto Downtown Precinct put forward in the bid is home to a number of existing buildings that together could today accommodate Amazon HQ2, in much the same style as the company’s Seattle campus. We also have 14 high quality office developments that offer roughly 18 million square feet of new space that could be delivered between 2019 to 2026 and an abundance of additional development sites that could deliver up to 42 million square feet.


In Toronto, we are investing millions in transit expansion and state of good repair, affordable housing, parks and active transportation. We are working hard to elevate our reputation as a liveable, affordable city where everyone can succeed.


I would put the Toronto Region up against any city in North America as the place for ambitious, forward-looking companies looking for a home. And in this impressive bid for Amazon HQ2, we have."​
A

So, other thing I just noticed: the Toronto bid book is hosted on the Amazon cloud, which is a nice little touch. 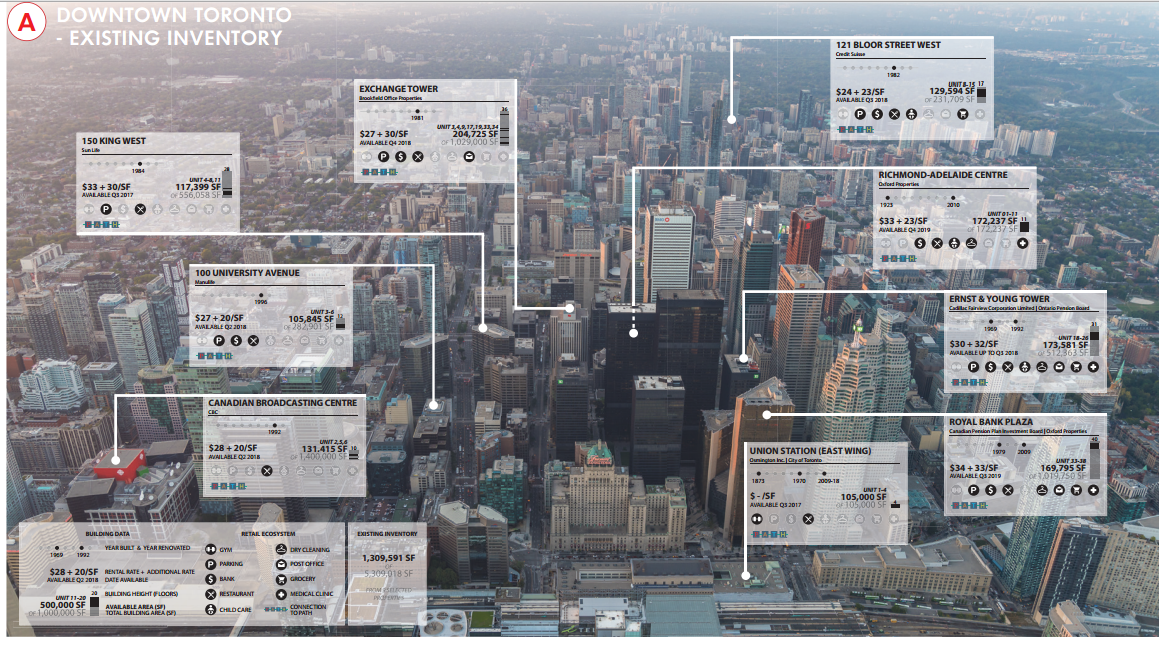 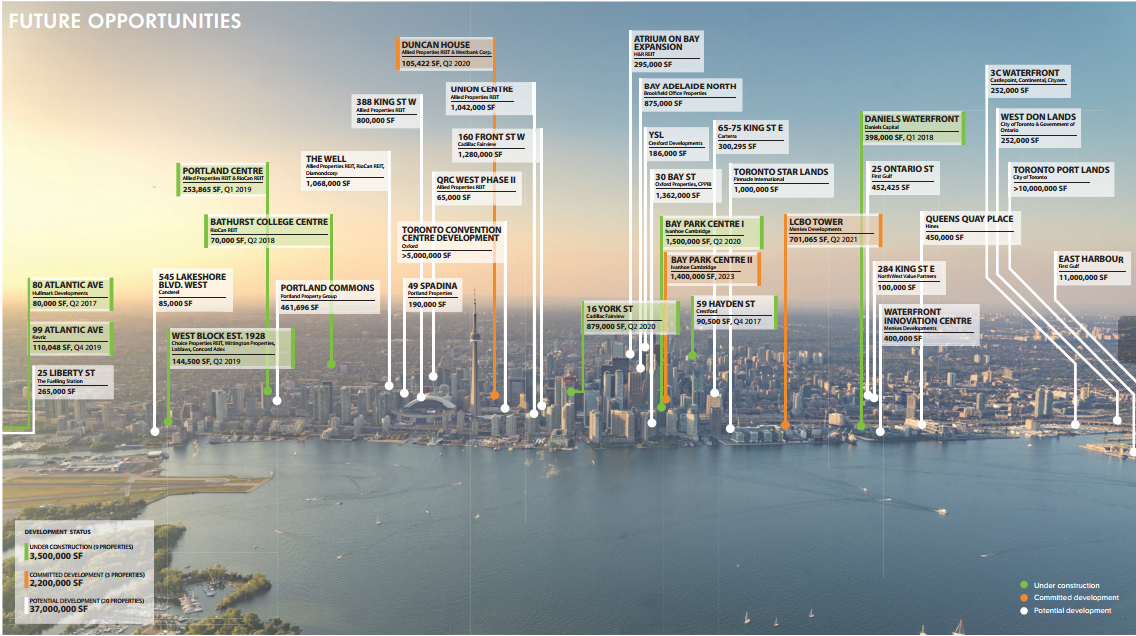 One of the reasons its a great document is that many of the sites have no chance of landing Amazon (if it comes 1D is the heavy favorite).

The reason this makes it a great document is that @Toronto_Global and its partners know more than just Amazon are paying attention.

The process has been used to send a much wider message to a much wider audience that Toronto has tonnes of potential. #smart

Some details of the Brampton suggested site.

Fun skim, lots of great infographics. This is my optimistic rundown of how it plays out.

Toronto: Dear Amazon, the Toronto Region is the economic engine of both...
Amazon: Shut up, j-just shut up. You had me at Dear Amazon. 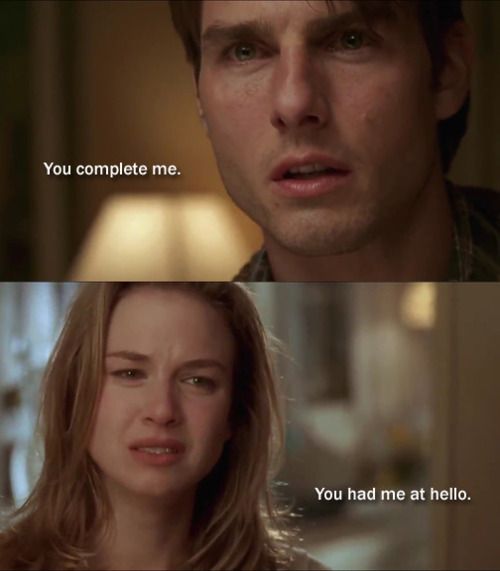 The less optimistic version has Amazon replying a different way:

Lol, sry. Had this in my head earlier today. So is there an accessible compilation of the different bids? Would like to see how other cities present themselves.

44 North said:
Lol, sry. Had this in my head earlier today. So is there an accessible compilation of the different bids? Would like to see how other cities present themselves.
Click to expand...

More than a few of the bid cities chose not to reveal their bid document. Tsk tsk.

My understanding is that essentially three cities decided to not give Amazon any money or incentives.

Good group of cities to be hanging out with.
~ Resident Midtown elitist and PATH enthusiast

Johnny Au said:
Page 30 (of the bid book) has the classic it's/its typo.
Click to expand...