So I posted the poll in another thread putting the Liberals at 41% and now David Akin drops this! 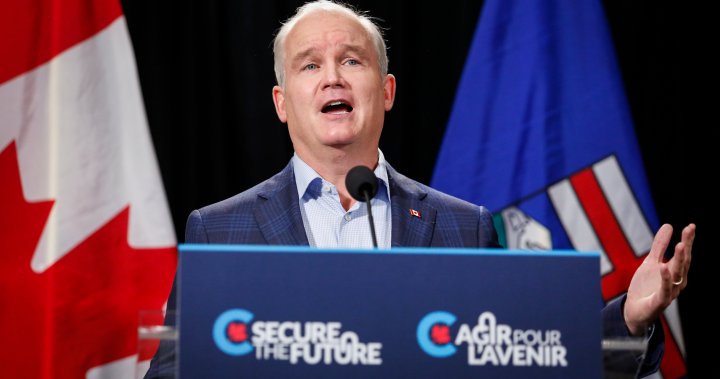 Individuals and entities connected with O'Toole's leadership campaign won $237,00 worth of taxpayer-funded contracts from O'Toole's office during his first six months in office. Steve Outhouse, deputy chief of staff in O’Toole’s office, worked as a consultant on multiple nomination campaigns across Canada. O’Toole’s office confirmed the Conservative leader was aware and approved of Outhouse’s dealings.

LOL Forget about uniting the right.

Erin O'Toole did a bang up job on that!
Death to Videodrome! Long live the new flesh!

Seeing how it worked so successfully for Bernier, hey may as well give it a shot!
Reverie
Flickr

Such a tragic fall from grace for the greens, coming off their best election performance ever to literal shambles
S

Simon just took up the job on Monday, and Singh said he’s sure she’s already getting expert advice on what he called “the first and most important decisions you will have to make — namely, the question of whether to grant a request from the prime minister, if such a request is made, that Parliament be dissolved.”

So, Singh wrote to Simon in a July 27 letter obtained by the Star, he wants to give her some context: in his opinion, there’s simply no grounds to accept the idea that Parliament isn’t working and Canadians ought to go to the polls.


“In the present sitting of the House of Commons, the government has won every confidence vote they have put to the House — including on the speech from the throne and on the budget,” Singh wrote.

“Additionally, just two months ago the House approved by a margin of 327-1 a motion stating that ‘holding an election during a pandemic would be irresponsible.’”

Speculation is running high that an election call is imminent, with many suggesting Trudeau could visit Simon within weeks to ask her to dissolve Parliament.

All of the federal party leaders — including Singh — are on campaign-style tours this week.


During a stop in Calgary earlier this month, Trudeau insisted the tour — and the billions of dollars in program funding he’s been announcing — doesn’t mean he’s on election footing.
Click to expand...

Rather, he told Red FM, with COVID-19 case counts declining and vaccinations on the rise, he wanted to take an opportunity to travel and prove his government has been at work.

“It shows that we are getting things done,” Trudeau said.

The reality, Singh wrote to Simon, is that the pandemic is still a public health concern.

Meanwhile, there are many pieces of business left undone, in the form of legislation the Liberals introduced just before the House of Commons rose for summer and bills that have yet to pass the Senate.


Among them are bills that would ban conversion therapy, increase protections against online hate speech, and repeal mandatory minimum sentences in the Criminal Code.

“We are concerned that a snap summer election will slow progress on these initiatives,” Singh wrote.

The New Democrats have backed nearly all of the Liberals’ proposals in the Commons since the outset of the pandemic, and have used their support to win improvements to several pandemic-related programs.

Recent polls suggest support for the NDP is on an upswing, and if Canadians had to cast a ballot soon, it could be to Singh’s benefit.


But Singh said recently that he thinks the next election should be held in October 2023, when it’s scheduled under the fixed election law that states every general election must be held on the third Monday of October in the fourth calendar year following the last election.

A prime minister can ask a governor general to dissolve Parliament at any time, on the grounds that it isn’t working.

But that doesn’t mean, Singh wrote to Simon, that the answer must be yes.


“With the COVID-19 pandemic still upon us, and with these important measures still before Parliament, New Democrats have urged the prime minister not to call a snap election,” he wrote.


“Should he attempt to request dissolution of Parliament, we think it is important to reiterate that, as you are aware, one does not need to be granted in the absence of a loss of confidence in the House. Thank you for your consideration.”
Click to expand...

Has a GG ever denied such a request?

Towered said:
Has a GG ever denied such a request?
Click to expand...

It led to a constitutional crisis.

Although it does make a bit of sham of the 'fixed date' legislation (which should come as a surprise to no one given our parliamentary system), if he thinks the GG has the latitude to decline the request shows he needs to go back and read up on the system he is a major player in.

I think that after Nova Scotia gets their election over with, Trudeau visits the GG and it is happening in the fall.
Death to Videodrome! Long live the new flesh!
C

Rumours are swirling online that an election will be called tomorrow.

christiesplits said:
Rumours are swirling online that an election will be called tomorrow.
Click to expand...

They may hold off.

Cases are starting to spike again in Ontario and BC which are a large chunk of the seats in the house.