I guess this means Stratengers is sold? Too bad. I remember seeing Nash the Slash there. Also eating wood fired pizza on the patio. It was a good, dive-y spot.
U

Resubmitted to the City at the end of January as a 4-storey building. 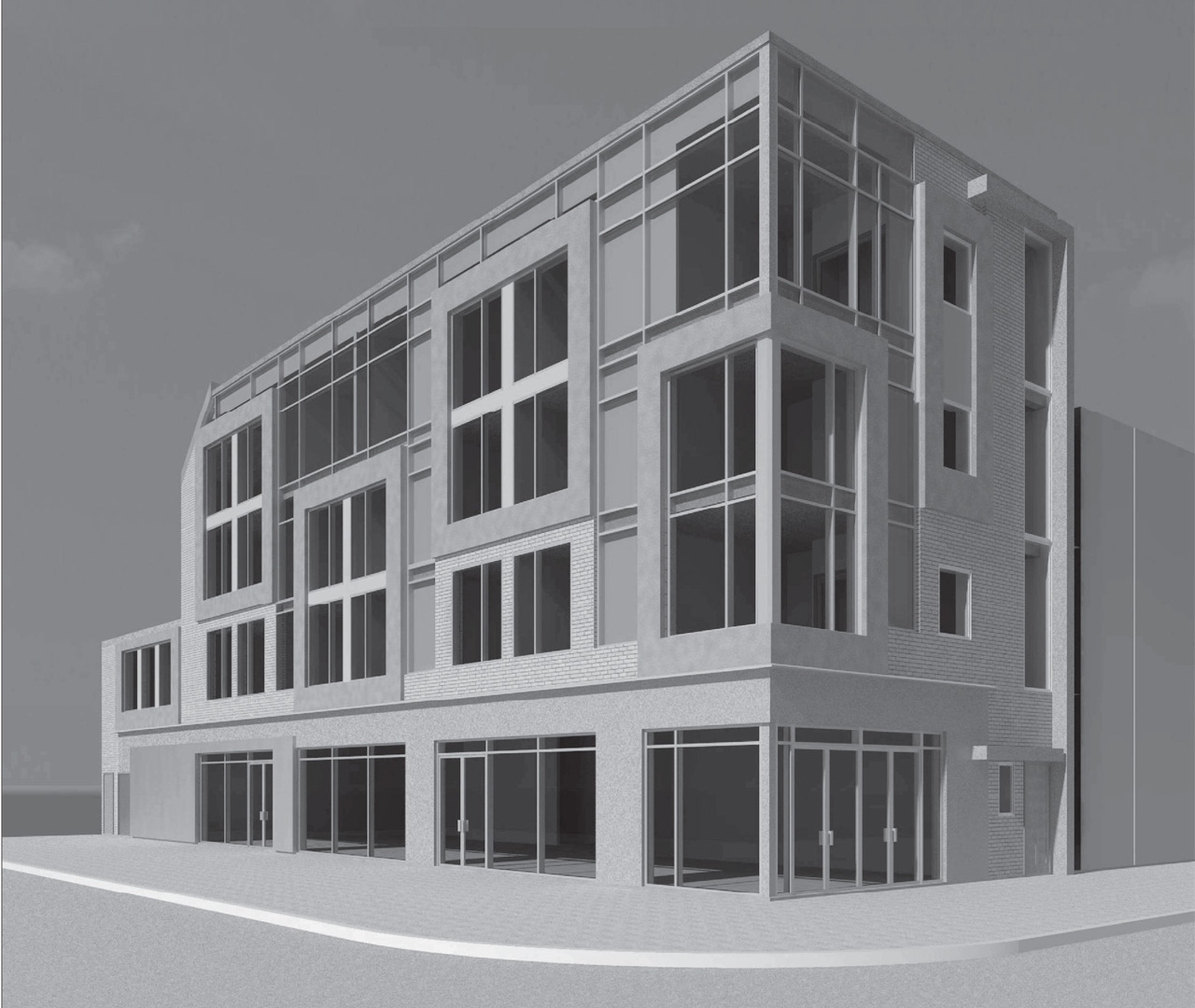 
edit: looks like Stratengers will still be there as a ground floor restaurant
Last edited: Feb 24, 2017
"Achievement is largely the product of steadily raising one's levels of aspiration and expectation" - Jack Nicklaus

I know Dharam (Strat's owner) fairly well and I expect he would have told me had he decided to close up. He's had offers over the years but he's been intent on staying put. In fact, one of his daughters has recently opened another Stratengers in Bolton! I think Dharam intends for his business to stick around In Leslieville but perhaps he'll bow out of the day-to-day work of running the place. After more than a quarter century of running the place with his brother, it's probably time.

In any case, I'd love to see some kind of transformation here. Not sure if the renders are what I was hoping for, though. And I'm wondering if the vacant lot to the east is part of the redevelopment?

Years later and Stratengers is still holding it down. The lot to the east of it has been sold though (1134 Queen St E?). 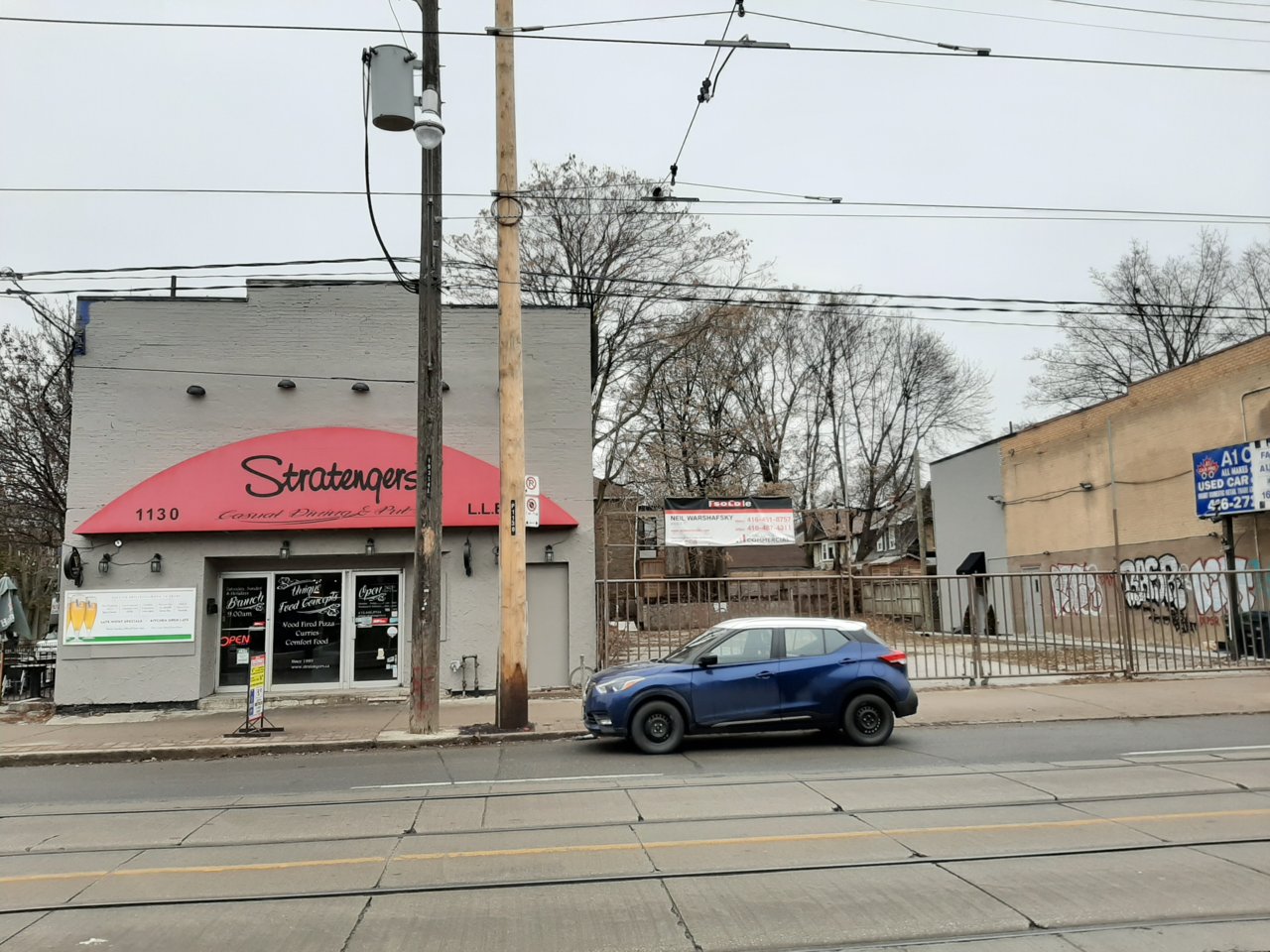 Stratengers closed at the end of January 2021, after 32 years in the business: 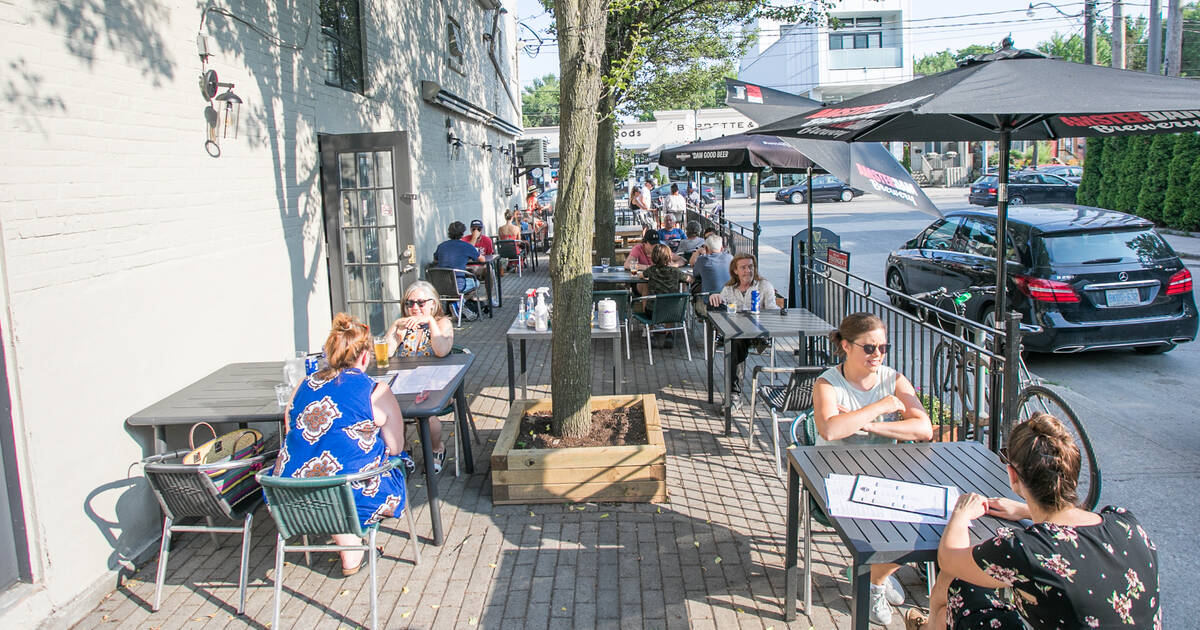 Toronto neighbourhood pub famous for its patio closing after 32 years

A Toronto pub that's known for its patio is closing its doors for good. Stratengers has quenched the thirst of drinkers for 32 years, but is now sh...

Yes plus I heard that Brad Lamb has purchased the lot immediately to the east. Coincidence?
N

LUVIT! said:
Yes plus I heard that Brad Lamb has purchased the lot immediately to the east. Coincidence?
Click to expand...

Now, we all know Brad has done rather well for himself over the years.........

But wow is he buying up a lot of property lately.

It wasn't that long ago that I heard him saying he was sitting on some properties because he couldn't imagine getting around to developing them for several years... ‘I saw it as a future development site,’ said Brad Lamb of Skyway Lanes. ‘I didn’t intend to head hunt for a guy to run a bowling alley.’

From the above article:

But with 18 developments underway in Ontario, Lamb couldn’t get to this property for another 10 years, so he put the building up for rent.