North York Post indicated this plaza (funny name if you've been there) has been sold to the team listed above. High-rise mixed-use development is planned. 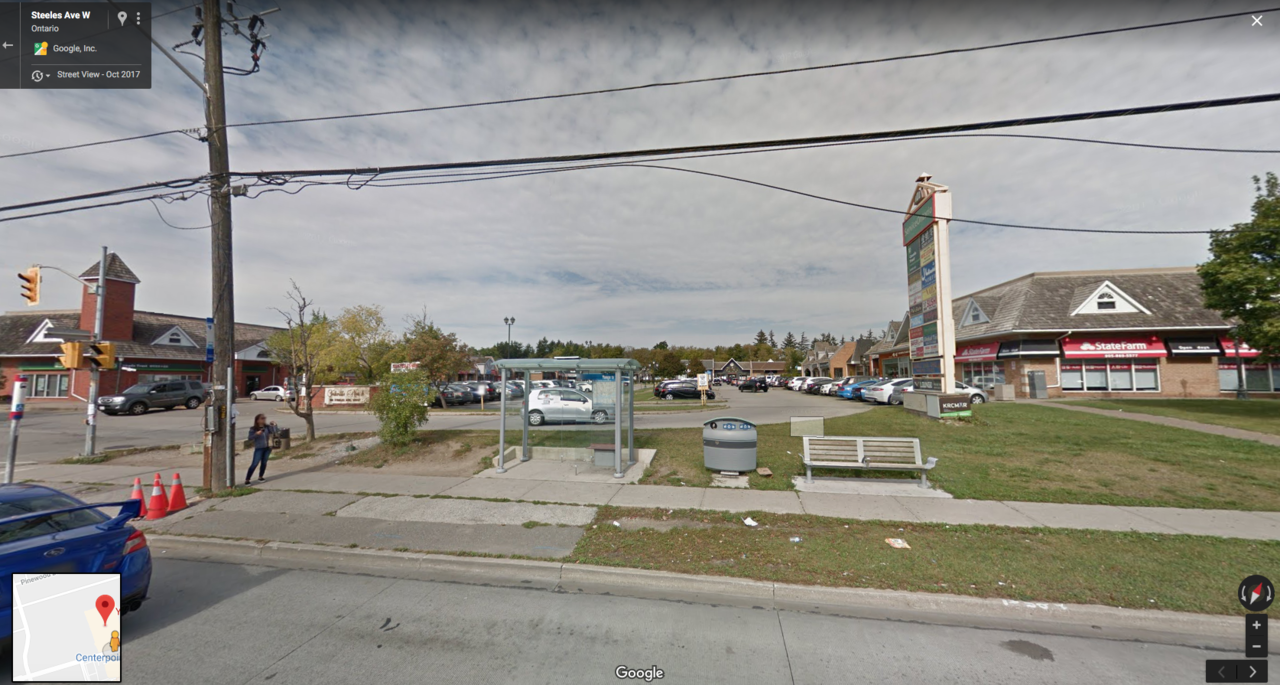 Is this likely to get approved before Steeles BRT and the Yonge North extension?

Alexut said:
Is this likely to get approved before Steeles BRT and the Yonge North extension?
Click to expand...

York Region has done a pretty extensive study regarding how many units can be built in the area before the subway - a lot of developers are likely trying to get those units. Anything more and the region will refuse sewage allocations until the subway is built.

The existing single-storey Yorkville North retail plaza at 100 Steeles Avenue West is slated for redevelopment and is within the boundaries of the Yonge-Steeles Secondary Plan. Scott Shields’ masterplan proposal uses the existing and proposed road network to create six development parcels that transition from high density mixed-use blocks along Steeles Avenue West down to four-storey brownstones adjacent to the single-family neighbourhood to the north. The proposed masterplan achieves one million square feet of residential and retail GFA.

The two south blocks feature large-format retail spaces at-grade with frontage along Steeles Avenue West and the new Yorkville North Street that connects with Royal Palm Drive to the north. At the entry to the site, the podiums are articulated to create a gateway and open-space at the corners, with overhangs to provide a pedestrian scale and shelter. The angle of the road is brought into the architecture and, like a river carving through a ravine, the podiums create a dynamic façade of sliding planes. The east block features a 35-storey tower and the west block features a 30-storey tower. The angled tower forms emphasize the gateway and create a dynamic and sculptural form that draws one into the site. The small east-west streets dead-end into the service areas for the blocks and, in the future, can tie-into new roads as the redevelopment of the neighbourhood takes shape. 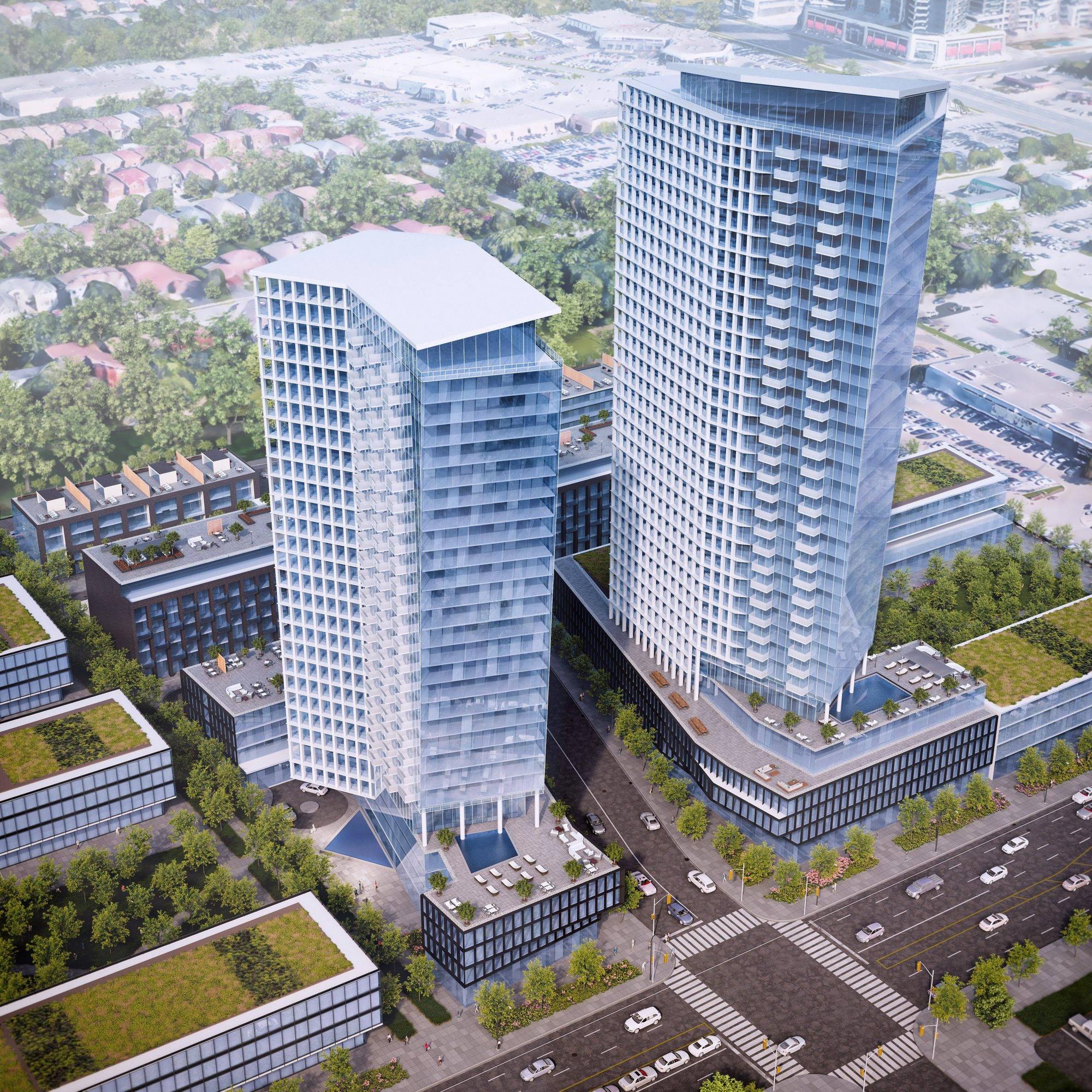 You realize that is the name of the existing strip plaza and has nothing to do with Mizrahi?
W

That is an interesting asphalt used in the renderings.

innsertnamehere said:
You realize that is the name of the existing strip plaza and has nothing to do with Mizrahi?
Click to expand...

Lol no I had no idea!

WislaHD said:
That is an interesting asphalt used in the renderings.
Click to expand...

Yes, it's a special type known as low-res.

Is 18 storeys still a midrise?

Either way, welcoming to see development in this area.
U

Architect is Quadrangle and there's no mention of Mizrahi, perhaps the thread title can be updated?
Tallest tower is 172m to the top of the mech. penthouse. 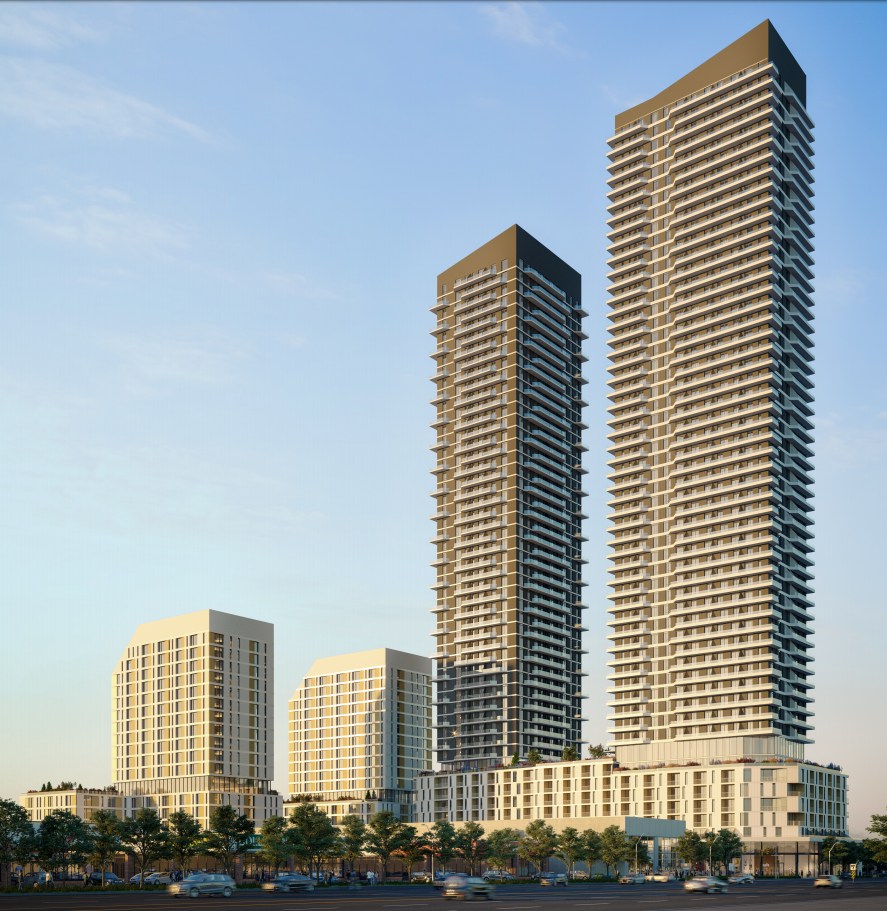 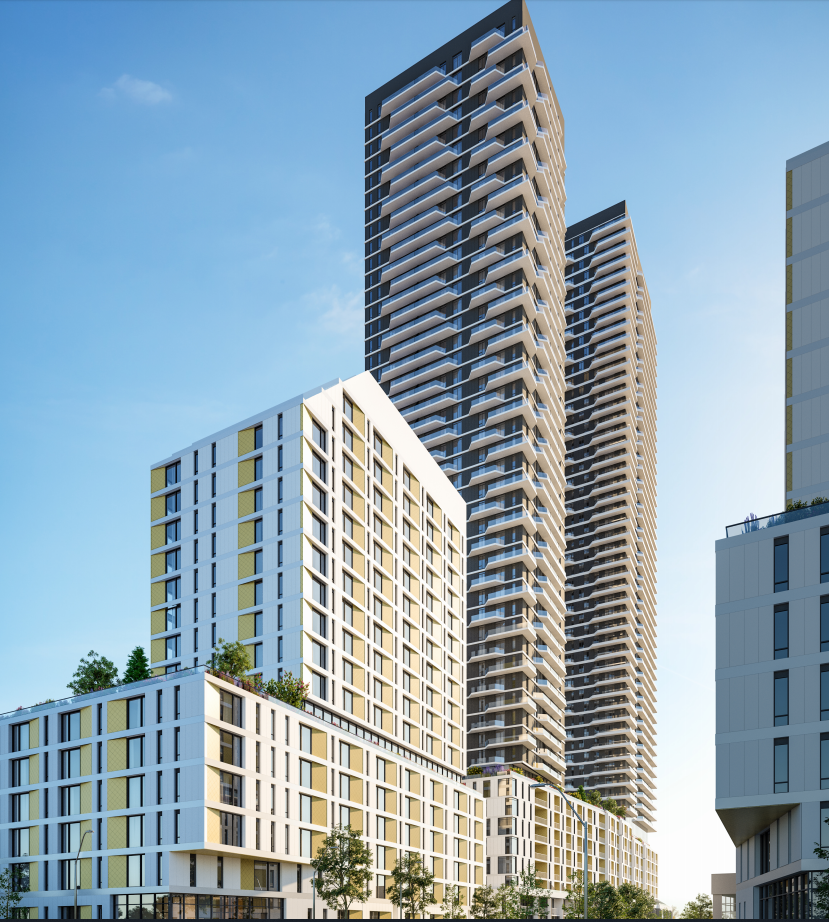 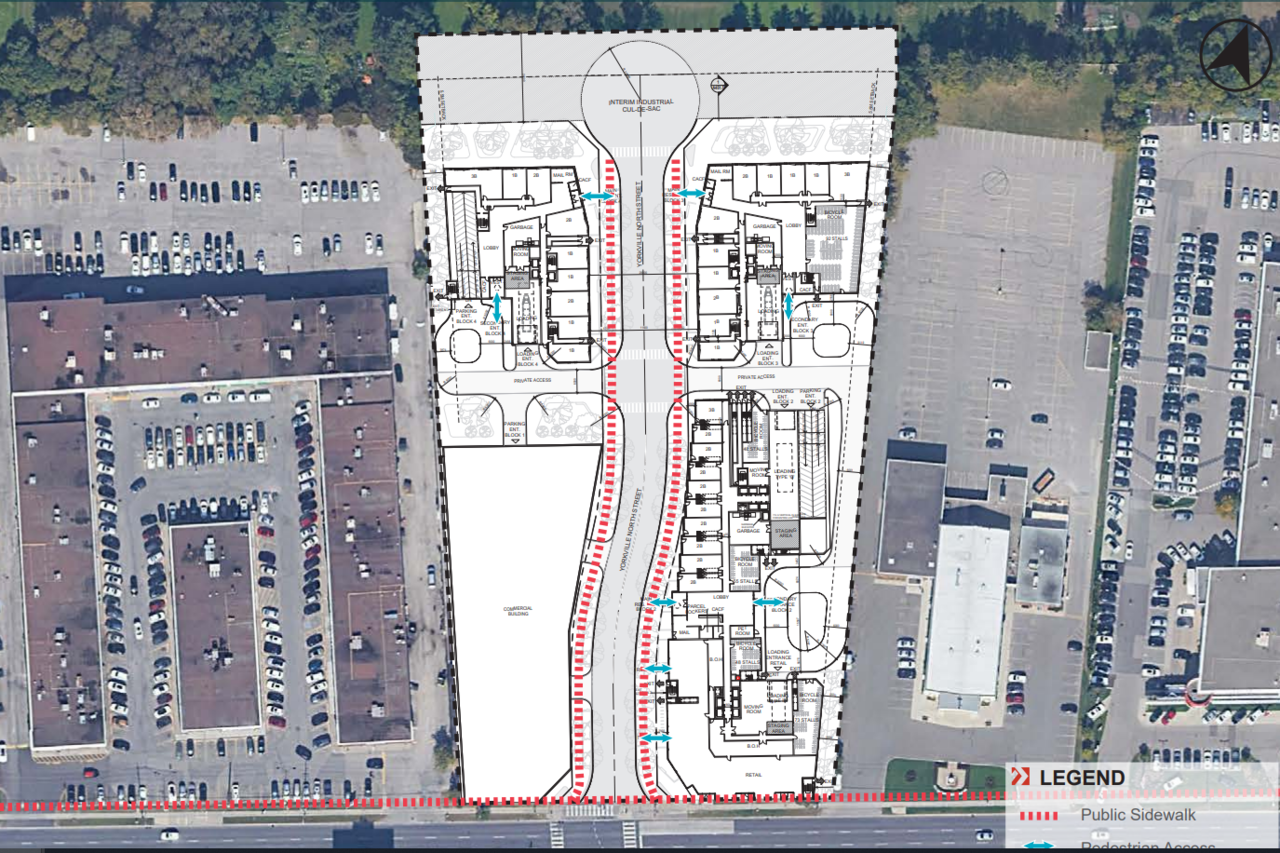