picard102 said:
So when does Bernie drop out?
Click to expand...

It'll be interesting—his campaign manager has been adamant that they'll take it to the convention regardless of the state of the delegate race at that point. I could still certainly envision that occurring, despite the fact he has almost no path to the nomination.

Recall that before the campaign began, very few people (relatively speaking) had heard of Bernie Sanders—his entrance into the race, even by those who knew him and his work well, was seen by many as nothing more than an attempt to draw the mainstream policy discussion in the Democratic party to the left. He's undoubtedly been successful in that regard, and my best guess is that he'll seek to at least continue to play that role until the convention.
K

I didn't expect that Kasich would beat Trump in Manhattan, even if it was only by a few votes.
K

salsa said:
I didn't expect that Kasich would beat Trump in Manhattan, even if it was only by a few votes.
Click to expand...

It doesn't surprise me. The small minority of Manhattanites who are registered Republicans are likely virtually all wealthy Wall St. types who hold orthodox conservative views on economics and trade and generally aren't anti-immigration, plus a few old money types who probably find Trump uncouth.
K

salsa said:
I didn't expect that Kasich would beat Trump in Manhattan, even if it was only by a few votes.
Click to expand...

Thoes where always anti-Trump voters, but after Ted Cruz "New York values", would you be surprised that they went for Kasich as a alternative?
K

Kasich is the most appealing of the three to wealthy, urban Republicans.

He also beat Trump in the "Manhattan-esque" areas of Chicago (Near North Side, Lincoln Park etc.)

I'd have liked to see Bernie Sanders stand a chance to win, but I suppose the best thing now for Americans who like his policies is to hope that his political movement (eg. the idea that he'll pull Hillary Clinton and the Democrats as a whole to the left) is actually something that would actually be real and an enduring trend, not just a flash-in-the-pan.

I'd like to see his influence on Canadian-style (eg. single-payer healthcare, hopefully cheaper if not free tuition etc.) policies becoming far more accepted as possible by the mainstream in the US, and not have these social democratic ideals constantly dismissed time and again. Clearly, even if Sanders supporters are only a large but vocal minority, it goes to show that at least on things like economics, Americans are already getting fed up with economic inequality and think it's a major issue.

So, Clinton is taking after our PM and promising a gender balanced cabinet.
Death to Videodrome! Long live the new flesh! 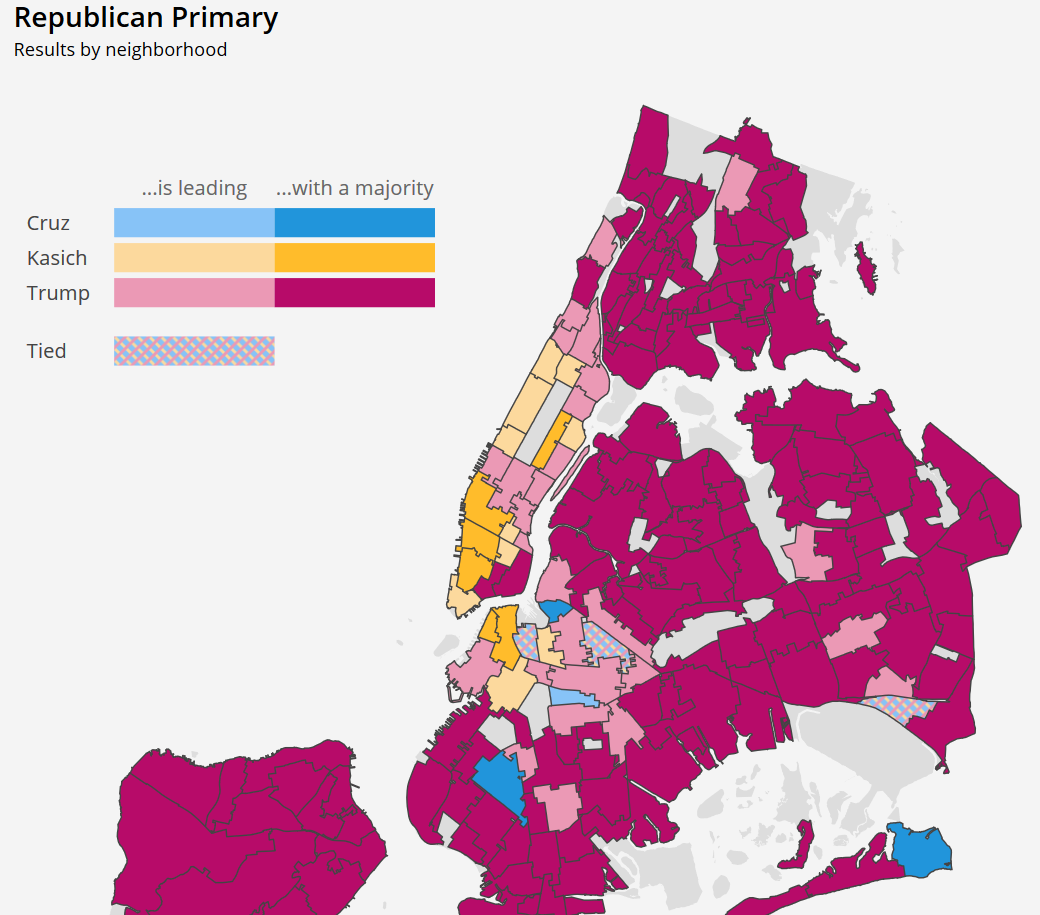 (From the cited link) I think we have Fordism here.

Saw this earlier. What a video. It really shows the difference an education makes. The level of intelligence between Cruz and the Trump supporter(s) is night and day. I can just imagine Cruz when he got out of there: "what a bunch of redneck imbeciles". Just the ability to remain calm and polite when you know you're talking with someone with the intellect of a child must be incredibly difficult; and again, it takes smarts to be able to compose oneself and not express in an impulsive, meat-headed manner. (like the fool with the sunglasses). I don't know what it is about these types of individuals. You can pick apart their guy, and demonstrate how he exploits them, yet they will never cease to support Trump. It's the same type of people that comprise Ford Nation and the Toronto Maple Leafs fan base. They have this undying, stubborn need to not just be in the corner of their leader/team, but completely lionize them as if they're gods. Nobody besides one's family and friends deserves that sort of unbridled allegiance, at all costs. Trump could kill somebody and they'd find absolution for him.
Last edited: May 3, 2016

Well, it's over for Cruz, Sanders and Kasich.

I'd like Trump to win for two reasons:
1) just to irk those who can't stand him. I see too many of those people who sicken me more than Trump himself.
2) it is not Canada, so I don't care. I don't always want the best for America.

But in the end my bet is America will have Clinton, and if that's the case, that's probably what they deserve (no change whatsoever).