tayser said:
I should point out, the (large!) image you've used as example is the exception, not the rule - only a few routes run on roads which are wide enough for 2 traffic lanes in each direction (1 of them generally used for parking) and 2 separated tram tracks.

here's another large image which is indicative of the width of roads for the majority of the network - which I'm guessing is pretty much the same in Toronto. enough space for 1 (wide-ish) traffic lane and 1 tram track. 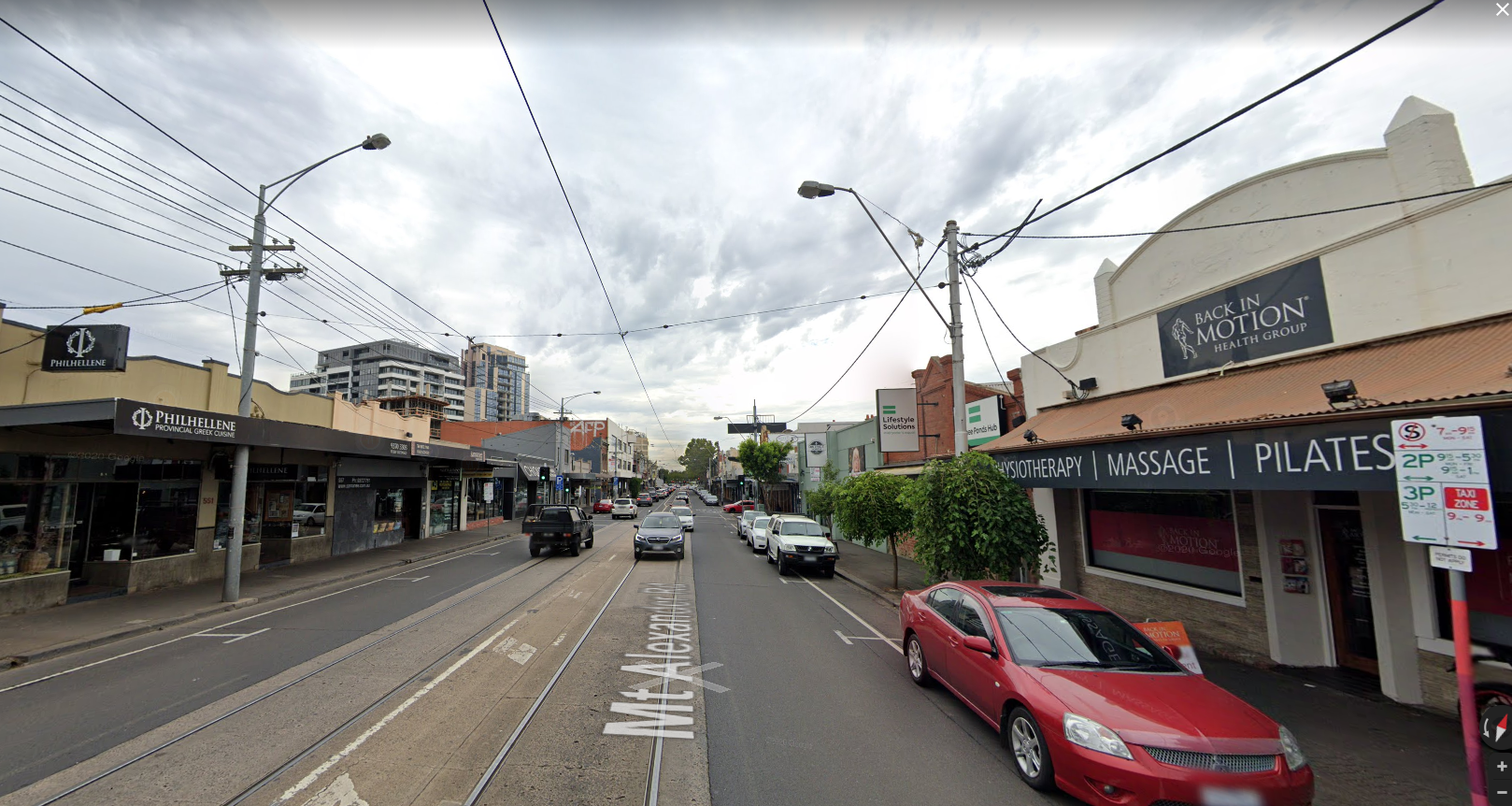 And on far right, the rules are on that sign post: clearway 7am-9:30am (morning peak no parking, allowing traffic to use the lane with the parked cars giving trams a clearer run - the same thing happens on the other side of the street for the afternoon peak (4pm-6:30pm). Clearways generally are very well enforced here.
Click to expand...

IIRC, this was implemented on King st a while back but never enforced
N Provincial legislation will allow the transit agency to install automatic enforcement cameras on all its streetcars.

Oh the horrors! Some have grass on their tram right-of-ways!
[SIGPIC][/SIGPIC]W. K. Lis

New video up. This week looking at the Yonge Streetcar. 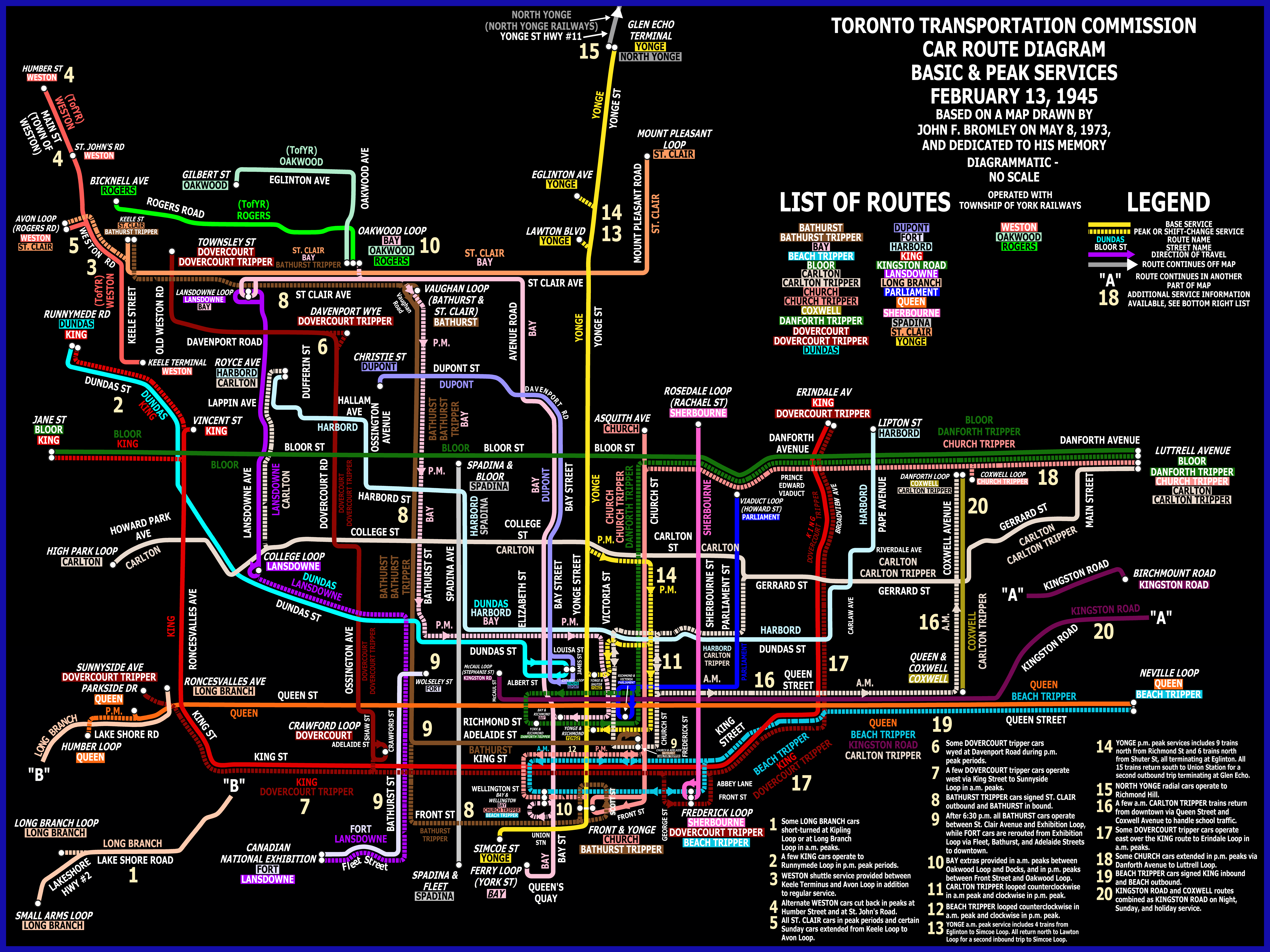 duffo said:
Makes you wonder what the subway could have been if it more closely followed the demand from original streetcar routes. I'm picturing a downtown that is much easier to get around if the western side of the U went up Bathurst instead of University/Spadina. If Line 1 ended at Eglinton and that money was spent on a King/Queen St. line and a Dundas/Pape line, we'd be living in another world in terms of connectivity and density downtown.
Click to expand...

The city changed a lot though after the original subway lines were built also Bloor Street and Danforth got much busier feeding into the subway lines. Bathurst is too far from the downtown area to be effective for a second section of the subway line. Don't forget on the university side of line 1 you have the university of Toronto taking up a lot of the area of it, plus there are all of the the downtown hospitals and Queen's park plus the R.O.M. too.

Annexations for the old city of Toronto really ended in 1914, and the end of most streetcar expansions. 1967 brought the next annexations within Metropolitan Toronto, and finally the BIG amalgamation in 1998.


The Amalgamation of Toronto​ 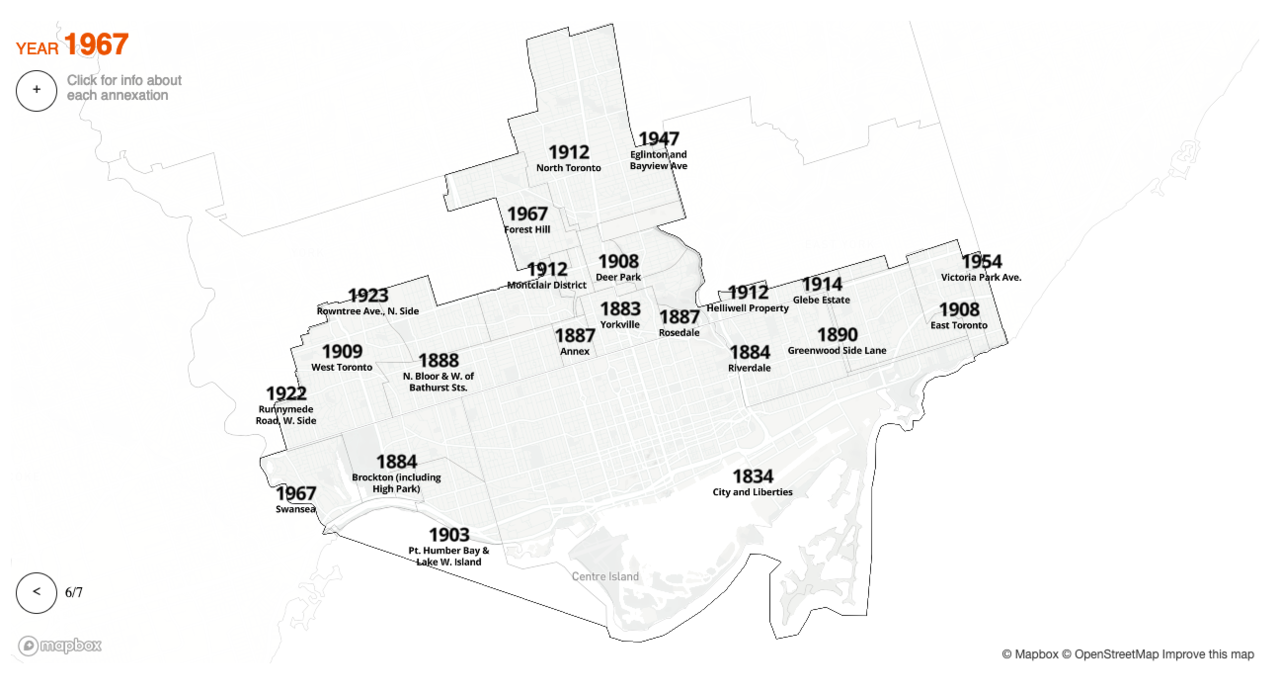 EastYorkTTCFan said:
Streetcars have returned to 506 Carlton and main street sationalos with pantographs up

The videos you posted are for the Pearson LINK train

max said:
The videos you posted are for the Pearson LINK train
Click to expand...

I fixed it. I had some old links pop up for some reason when I was trying to post them. The correct ones should be in the post now.

And some additional good news from today's announcement, the feds will also fund the additional streetcars for the TTC. Not sure if it's the additional 13 approved by city council or its the full 60 cars.

Interesting. I thought it would have been the same. Where did you get that info from?
N

Coolstar said:
And some additional good news from today's announcement, the feds will also fund the additional streetcars for the TTC. Not sure if it's the additional 13 approved by city council or its the full 60 cars.
Click to expand...

13 are already funded from the city, with or without the other governments. If this is a joint deal with Ontario, presumably they are coming up with the other $360 million for 47 additional cars, to bring the new order to 60 cars, and the total order to 264 cars.

Edit - John Tory just said they are still finalizing the streetcar funding, and the details would be announced soon.