Diller Scofidio + Renfro designing new Toronto university building
“This ‘campus within a campus’ is revealed in the building’s dual identity—a smooth, cohesive block of faculty offices and workspaces gives way to a variegated expression of individual departments as the building is sculpted around Falconer Hall, the historic home of the law department. Several public programs are revealed in the process. At the heart of the building is a dynamic central atrium and stairs linking all floors with clusters of lounge spaces, study spaces and meeting rooms, mixing the various populations of the building with each other and the general public,” he says.

The new U of T landmark will be built on the site of the McLaughlin Planetarium, which was closed in 1995. The university’s department of astronomy and astrophysics has included a state-of-the-art planetarium theatre in its plans for a new building.
More..... https://www.constructioncanada.net/diller-scofidio-renfro-designing-new-toronto-university-building/
N

Preliminary Report is up:

One portion of the report of interest to me:

Public Realm and Streetscape Staff will evaluate the proposed open space areas and streetscape with the aim to enhance and expand the public realm across the site through the application. Staff will assess:
•The suitability of the proposed pedestrian realm and the relationship of the building to the street.
•The adequacy and suitability of the amount, location and design of the proposed outdoor open spaces, and their ability to be appropriately landscaped. Outdoor open spaces should be publicly accessible and inviting.
•Ways to reduce the surface parking and extent of the site devoted to driveways and vehicle turnaround areas.
•The ability to better connect Queen's Park to Philosopher's Walk through enhanced mid-block connections across the site.
An environmentally conscientious, libertarian inclined, fiscally conservative, socialist.

Couple views in the doc: 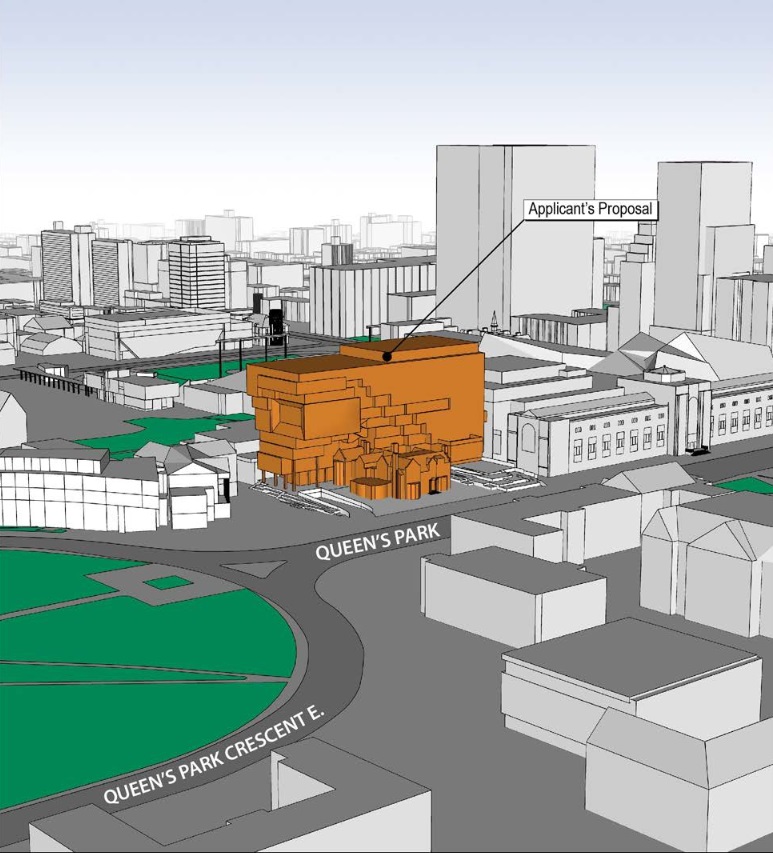 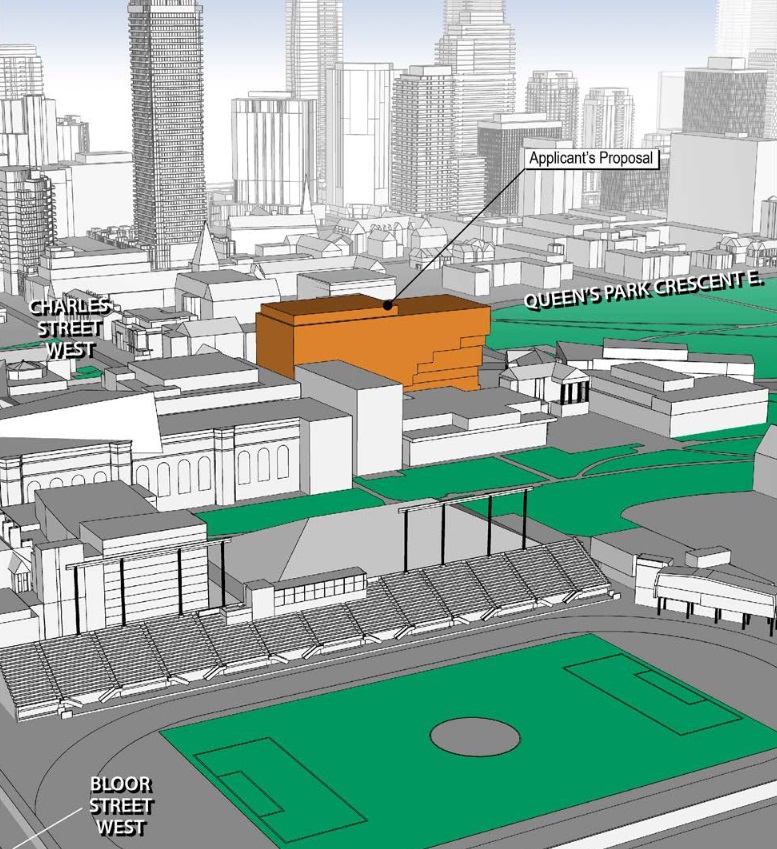 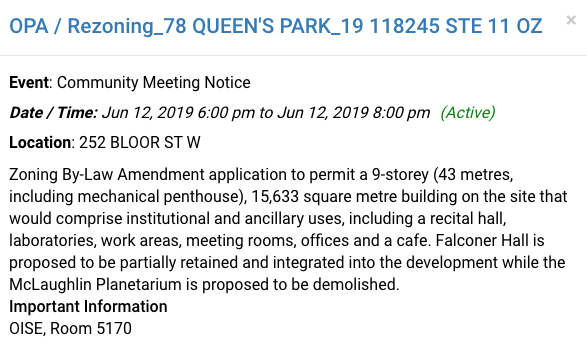 Goes to the DRP on Thursday:

I don’t mind the design and principle behind the building, but something I worry about after going through the application is how the Edward Johnson Building (EJB) will be treated in the process.

In a portion of the application it mentions that a modernization/ co-renovation of EJB was considered, but rejected as it would be too costly/ complicated to navigate the old building’s systems (it’s not fully sprinklered, asbestos etc.). EJB is a great, purpose-built music building, but far beyond capacity as the Faculty of Music has since added a smaller building (90 Wellesley, in even worse shape than EJB) for various offices and departments but still is short of classrooms, practice rooms, offices etc.

Music students were really thrilled at the idea of a new recital hall (relieves a ton of pressure on our existing chamber and recital space, Walter Hall), however the new building does nothing to address the previously mentioned space concerns, rather it more isolates the building (which sees several hundred events every year and Is heavily trafficked by the public) and likely makes it much more difficult for eventual modernizations and renovations to take place—the building (60s era, if I remember) is also deteriorating in addition to space concerns.

Not to belittle university expansion of course; Robarts, Trinity Res, Woodsworth expansion etc. are all exciting, but after reading through the plans it seems like there has been not enough regard to EJB... at least from what I can tell. It seems like the university crammed as many disparate departments and offices into the building as possible. Thoughts?

(Quick addition while I remember)

There’s an interesting article here where the Dean (Don McLean, came from McGill in 2011) was considering a full-scale renovation of EJB’s main theatre, practice space including the old planetarium site a couple years ago—he was in discussions with KPMB (!) apparently. While there have been pocket renovations and small improvements, still nothing major has materialized other than the CCCC.

Dean McLean is the same guy who got McGill’s new music building built in the 2000s, which has been a great success from what I know—I initially thought the CCCC would look more like that said building: 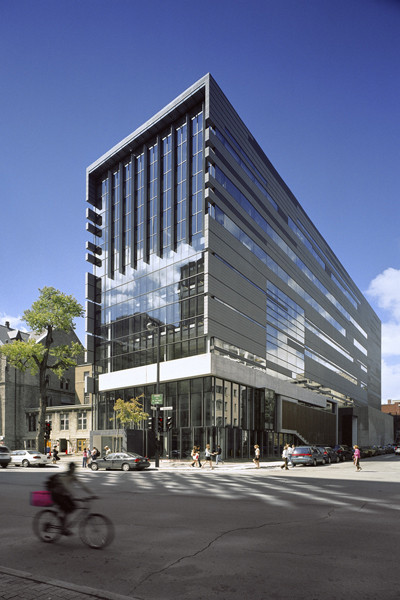 Hope this wasn’t too off-topic, but I was also just surprised/ semi-disappointed when the current plan was unveiled
Last edited: Jan 5, 2020 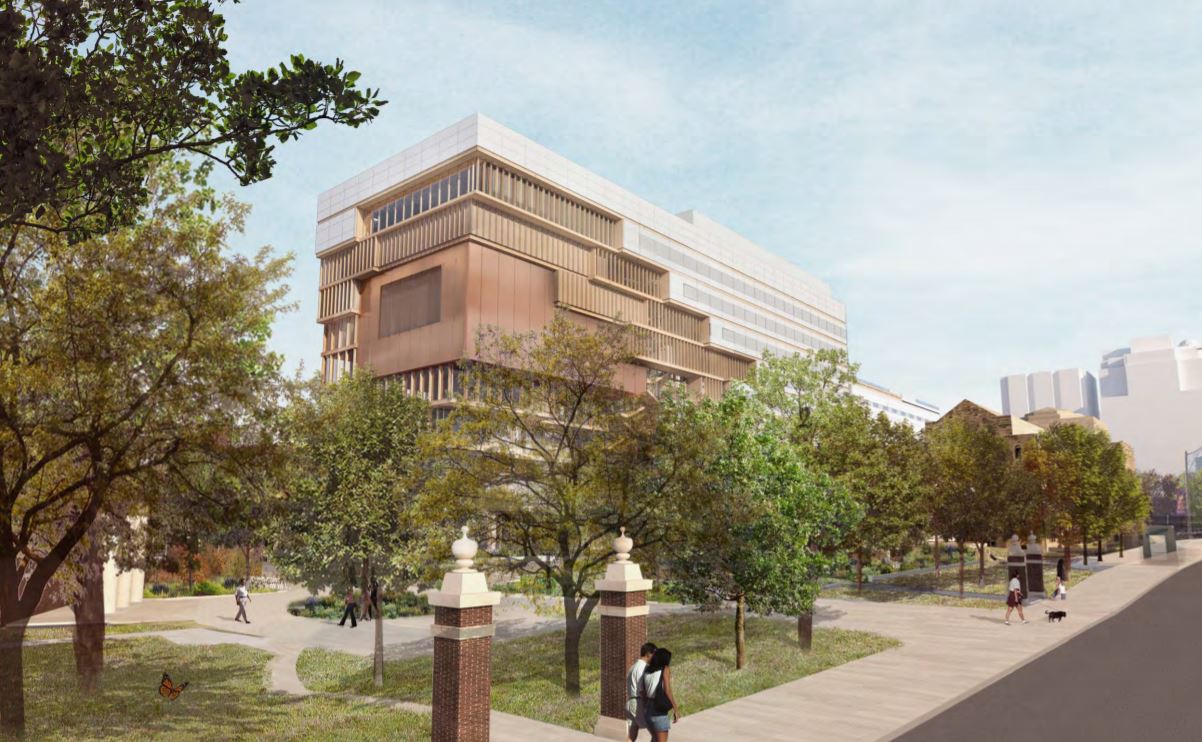 The plans say the entire 4th floor is to be occupied by the ROM. Any idea what is going there?
N


Its just a render............but are they actually proposing to remove all the fencing as part of the landscape plan? Hmmmmm
An environmentally conscientious, libertarian inclined, fiscally conservative, socialist.

DavidCapizzano said:
The plans say the entire 4th floor is to be occupied by the ROM. Any idea what is going there?
Click to expand...

I believe it's part of a new strategy to lease out university space for greater revenue, they kind of hint at it here. I'm assuming it's going to be lab or office space rented to the ROM through UofT?

The HIS report has quite a bit of backhistory/photos of the planetarium as well.