Like who? Only one I can think of is Stinson for towers built over 40 storeys. Perhaps you are confusing company names with the people behind it? Lot of new company names. Same old people.
Last edited: Nov 14, 2015
got some ice to sell you

Gido said:
A general observation, imo the "heritage facade" being retained at a negative to the overall design of the site. Since the redesign was unveiled, the jut out from the newly created sidewalk space this development allows is a hard pinch point.
Why is this facade not dismantled and ported down the street to a area where it might help contribute to an appropriate street wall? Fill in a hole on Yonge or Queen? I am sure Mizrahi could sell/or half fund its relocation to fully realize Foster's design?
If they can rebuild the facade of 88 and e+y surely this can be moved and rebuilt.
Click to expand...

Because facadism isn't the goal of heritage preservation.
8

Tuscani01 said:
Because facadism isn't the goal of heritage preservation.
Click to expand...

I'm not sure exactly how I feel about F+P's heritage choices here. But I don't see how relocating the Hue's facade is necessarily poor heritage preservation. This exact site is not of particular historical value (certainly no more than Stollery's). On the other hand, the architecture is gorgeous and helps define this stretch of Yonge.

The existing Victorian streetwalls along Yonge are much more than the sum of their individual facades, and many of them have holes and gaps where this building would feel right at home . Even the one abutting the southern edge of this site might work.

Facade relocation isn't a perfect solution. But Yonge's heritage will be much better preserved if we keep its Victorian buildings in context with one another, instead of singling them out and slapping their skins on the bottom of modern monoliths, like fanciful clogs beneath three-piece suits.
C

I actually rather like what they have planned with regards to Hue's facade as it jut out, and I was someone who had reluctantly (still wasn't a fan of how Stollery's was handled) put themselves in the "build it as is" camp.

Interestingly, as @88drums mentioned the Victorian street walls along Yonge I actually came to another thought that actually perhaps supports the retention of the Hue's facade even more. If, and it may be a big if, we could preserve and renew those facades in a similar way to Five we would have ourselves quite the stretch from Bloor to College. The retention of this facade could be a sort of introduction to that Victorian stretch from the very modern and new Bloor stretch and vice versa. One minute you're walking along glass-and-steel Bloor, turn a corner, and Hue's is the start of this brick Victorian row.

In any case, I think whether Hue's is retained or not it's a bit of a minor issue when it comes to the whole.

And yes I do realize I am sort of advocating for facadism but in this context downtown Yonge is too valuable and meddled enough with already to truly be preserved (i.e avoid the erection of modern monoliths). 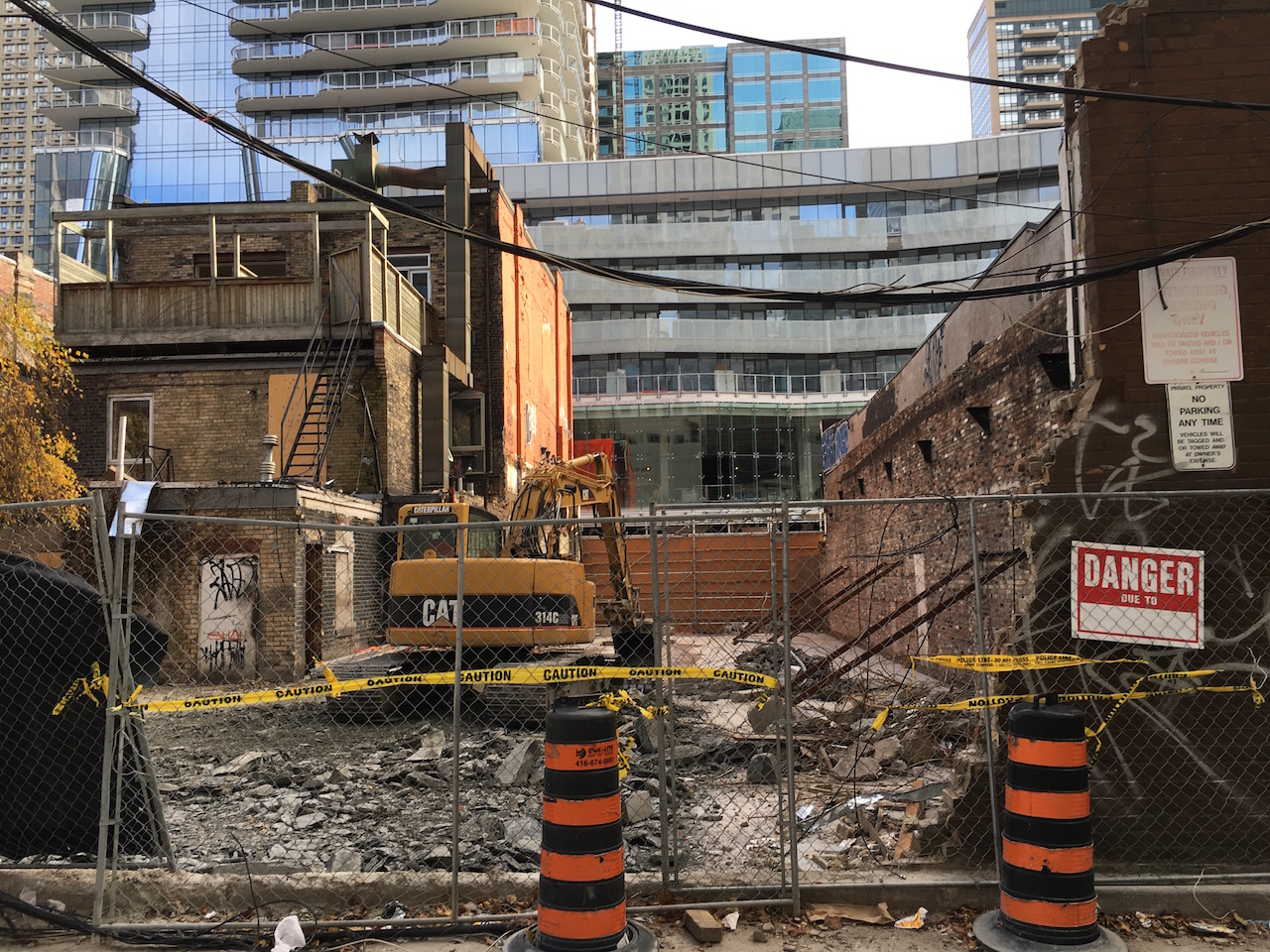 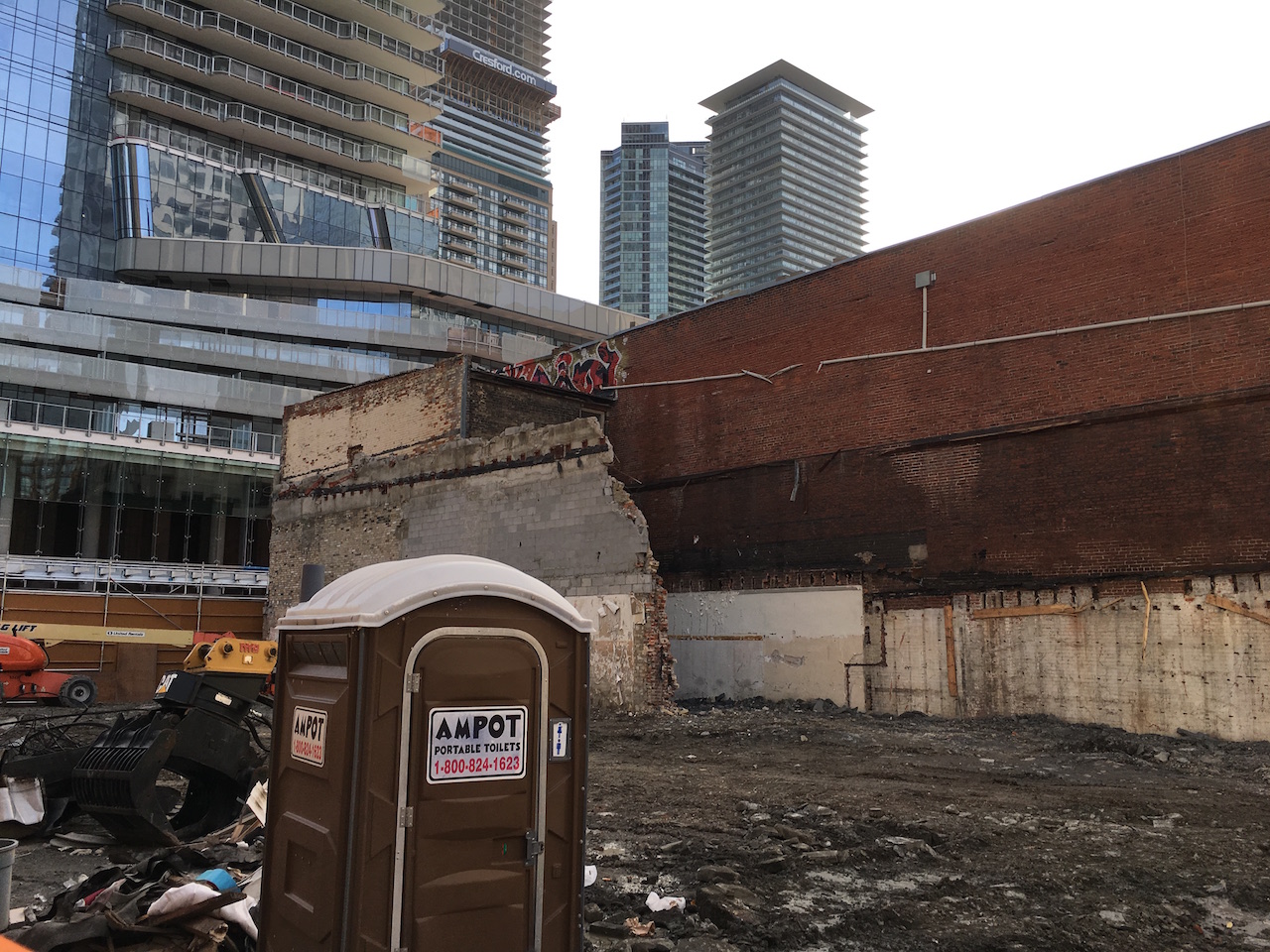 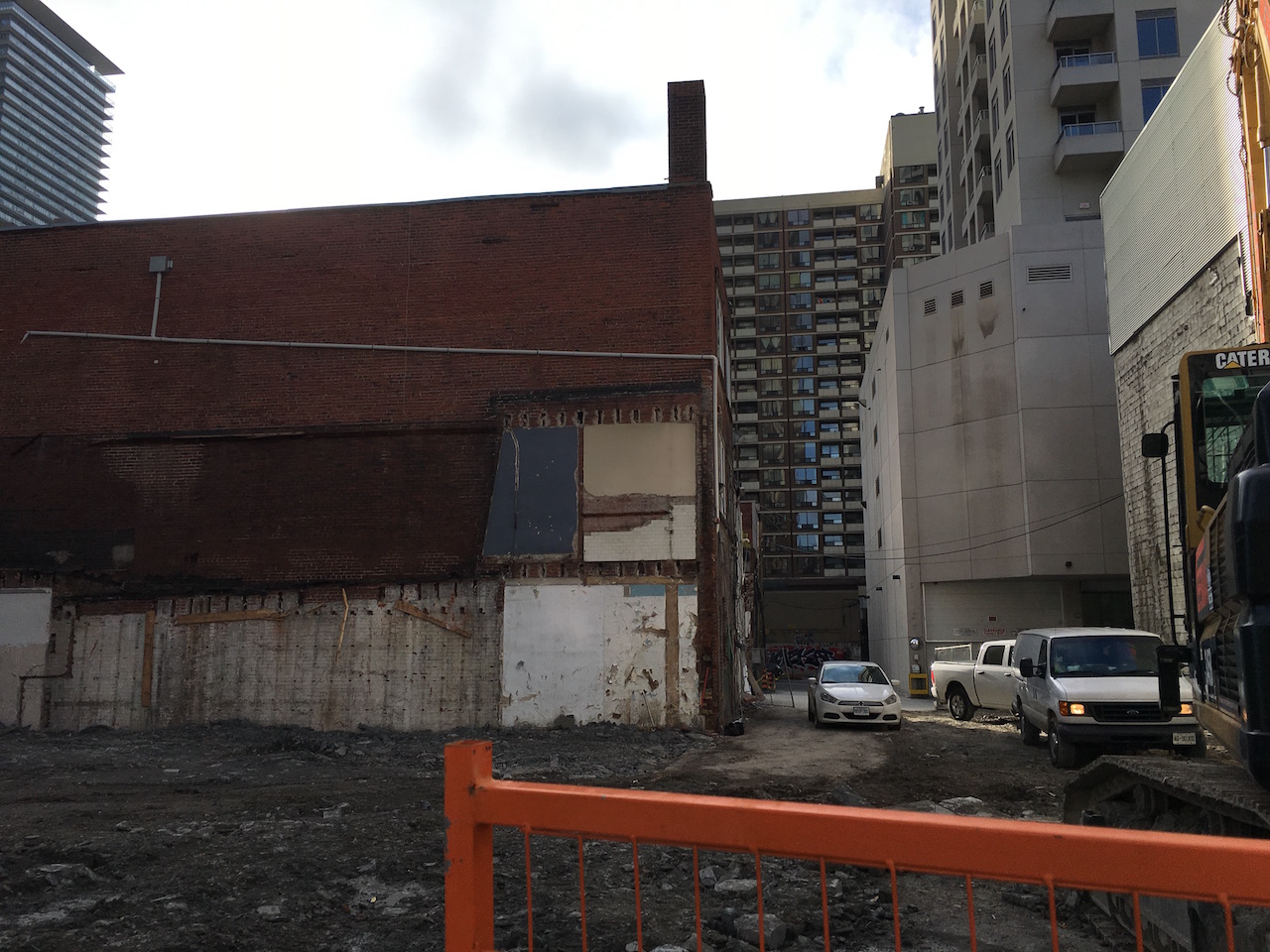 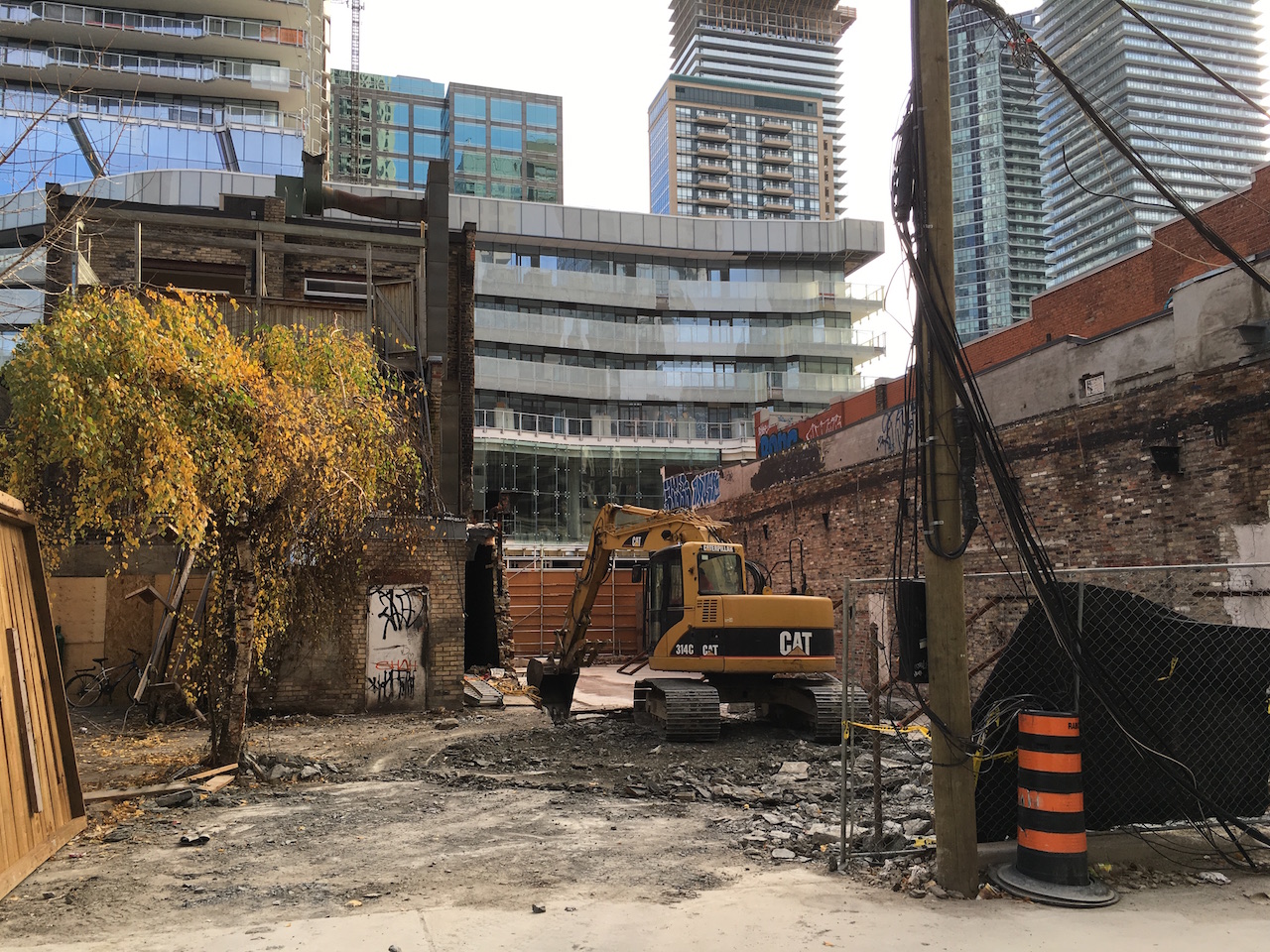 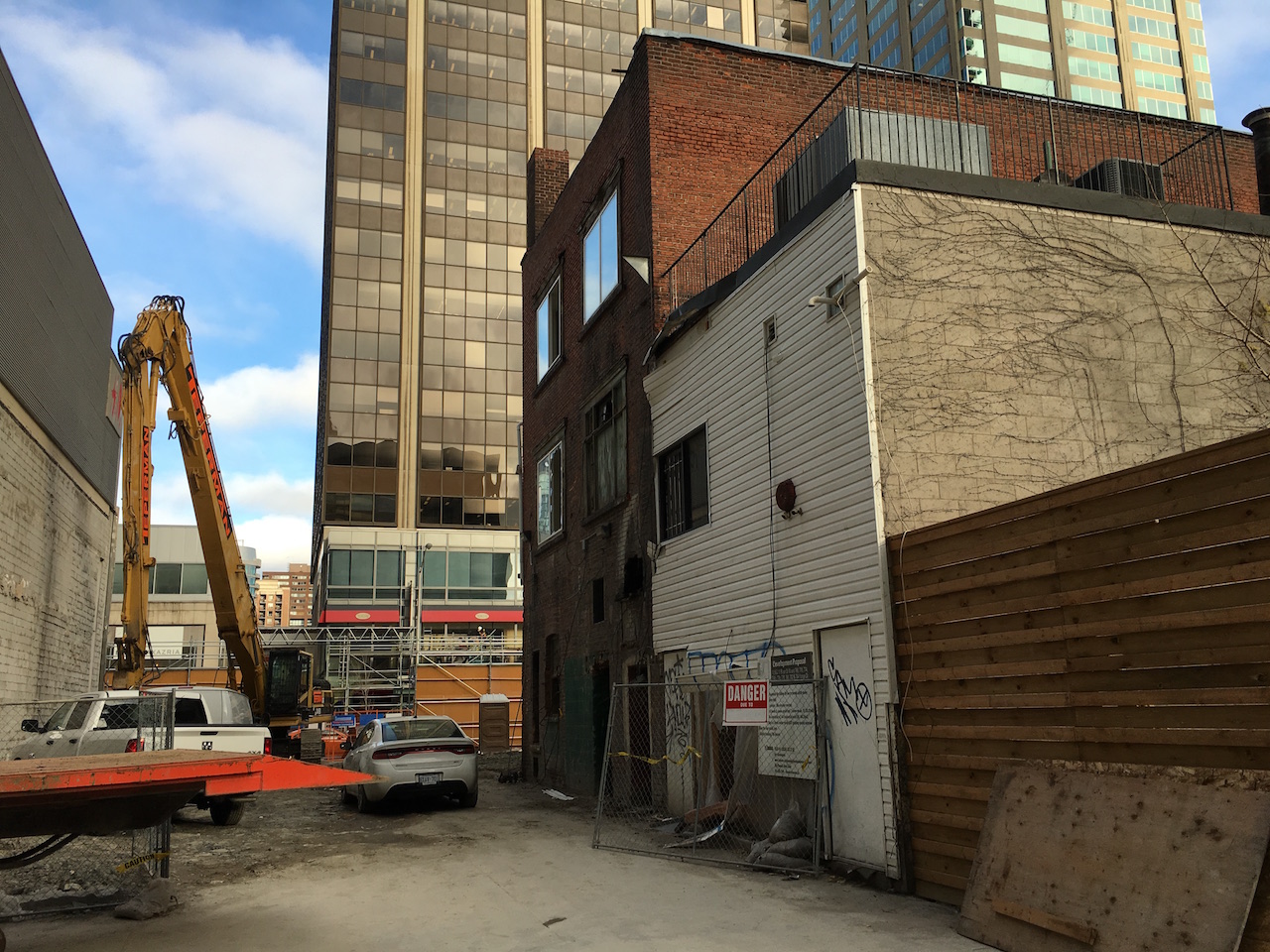 Demolition from this morning. 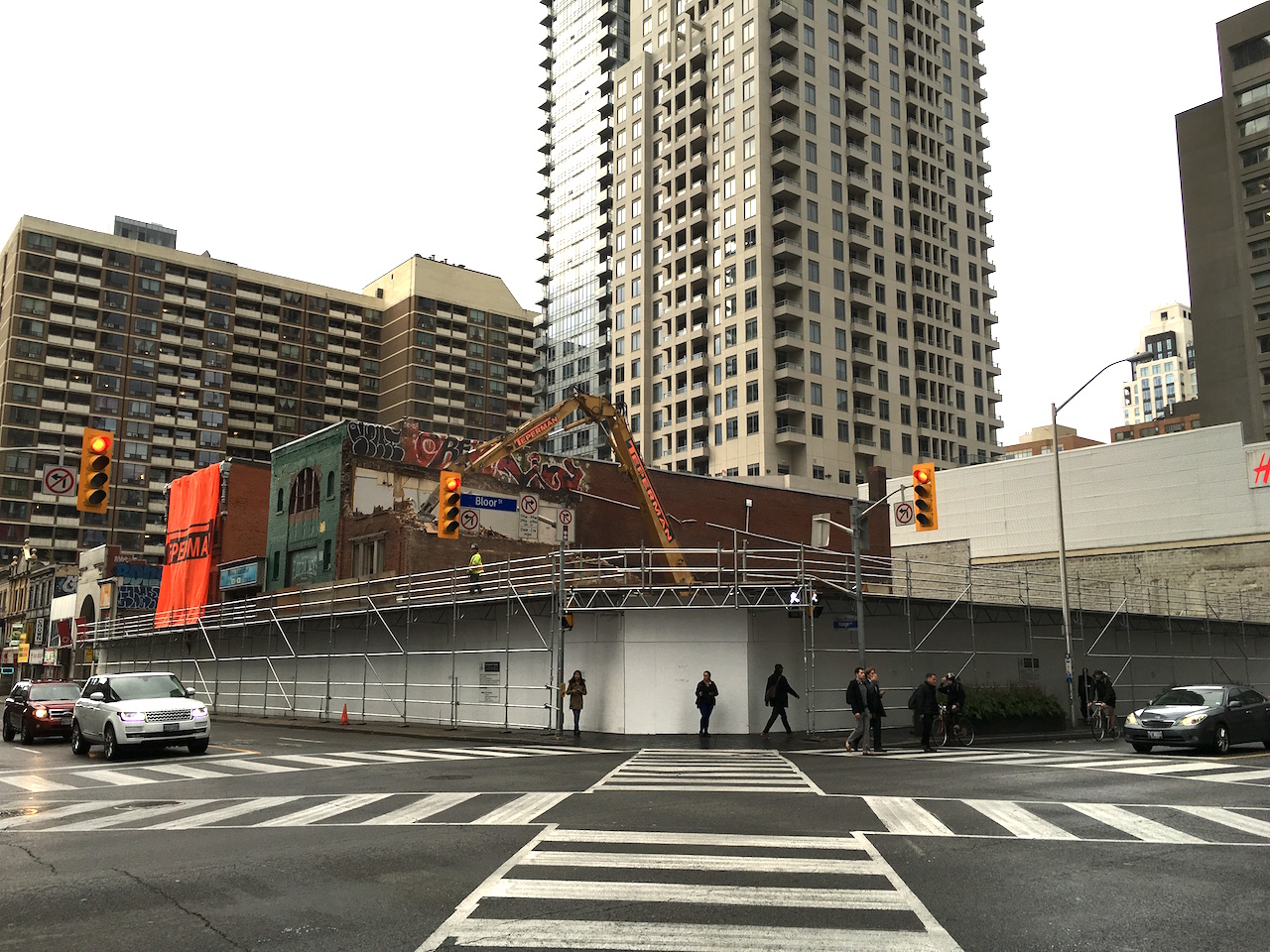 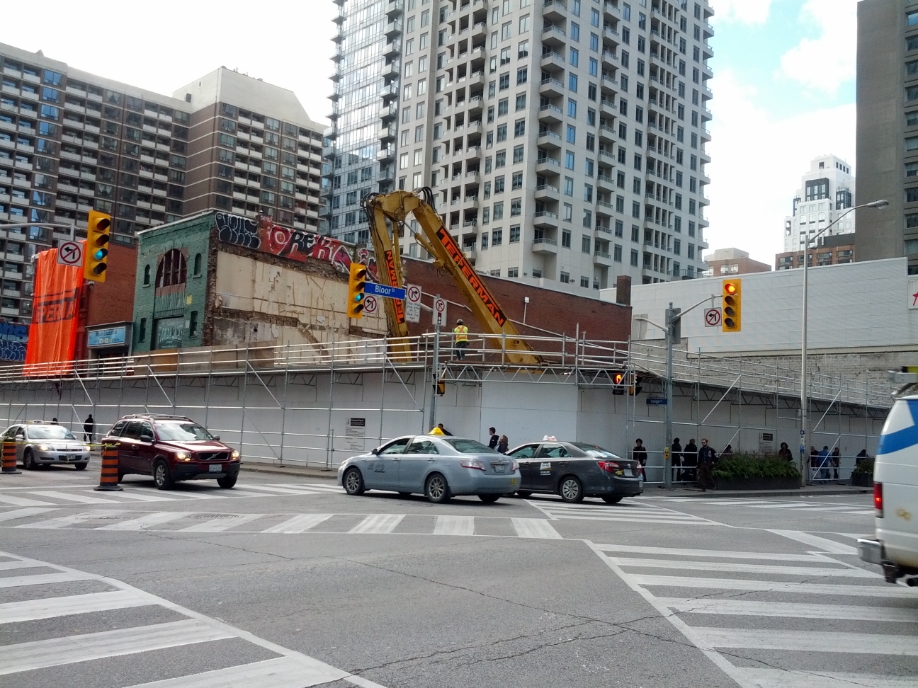 And they start on the next one. 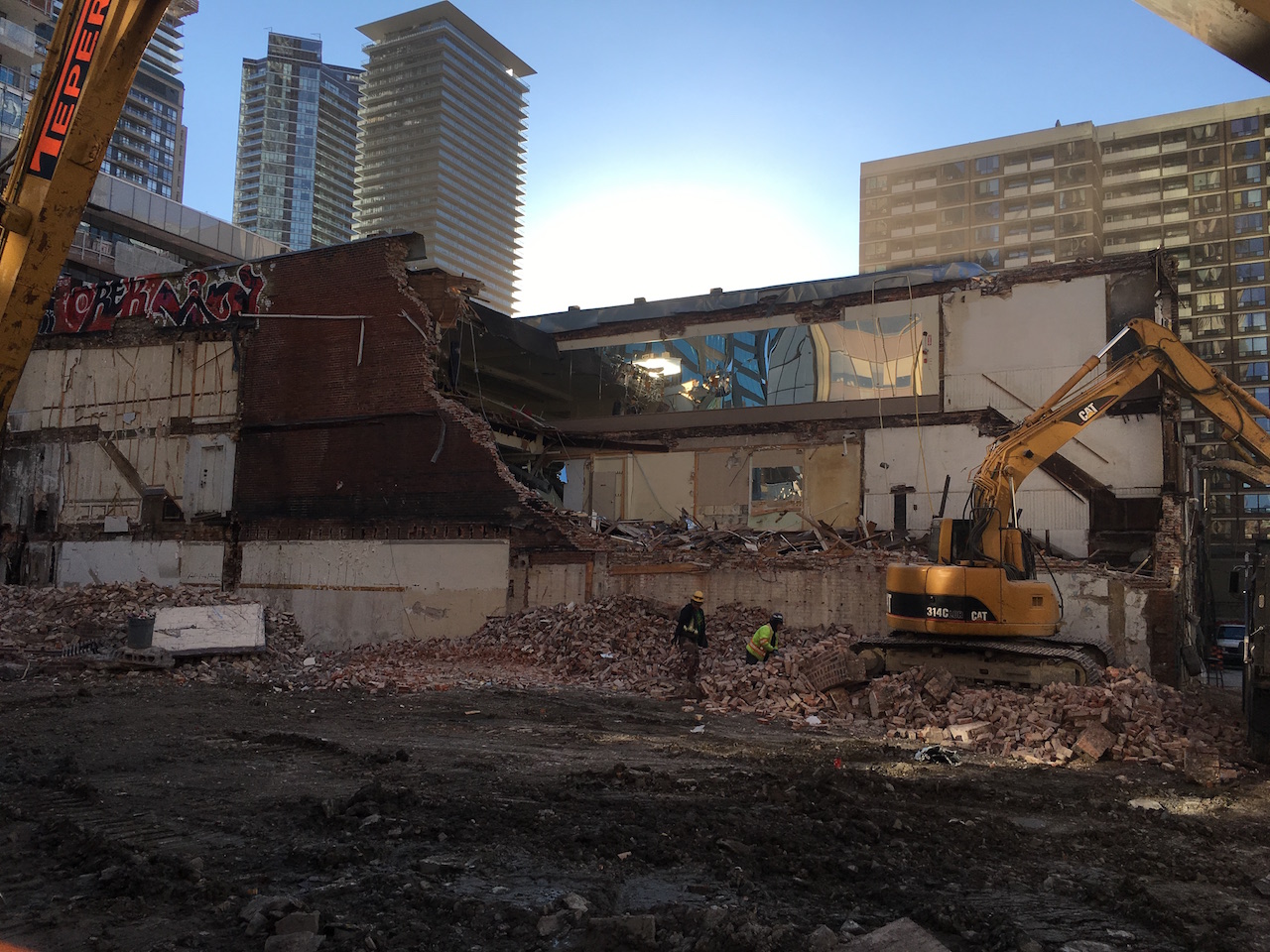 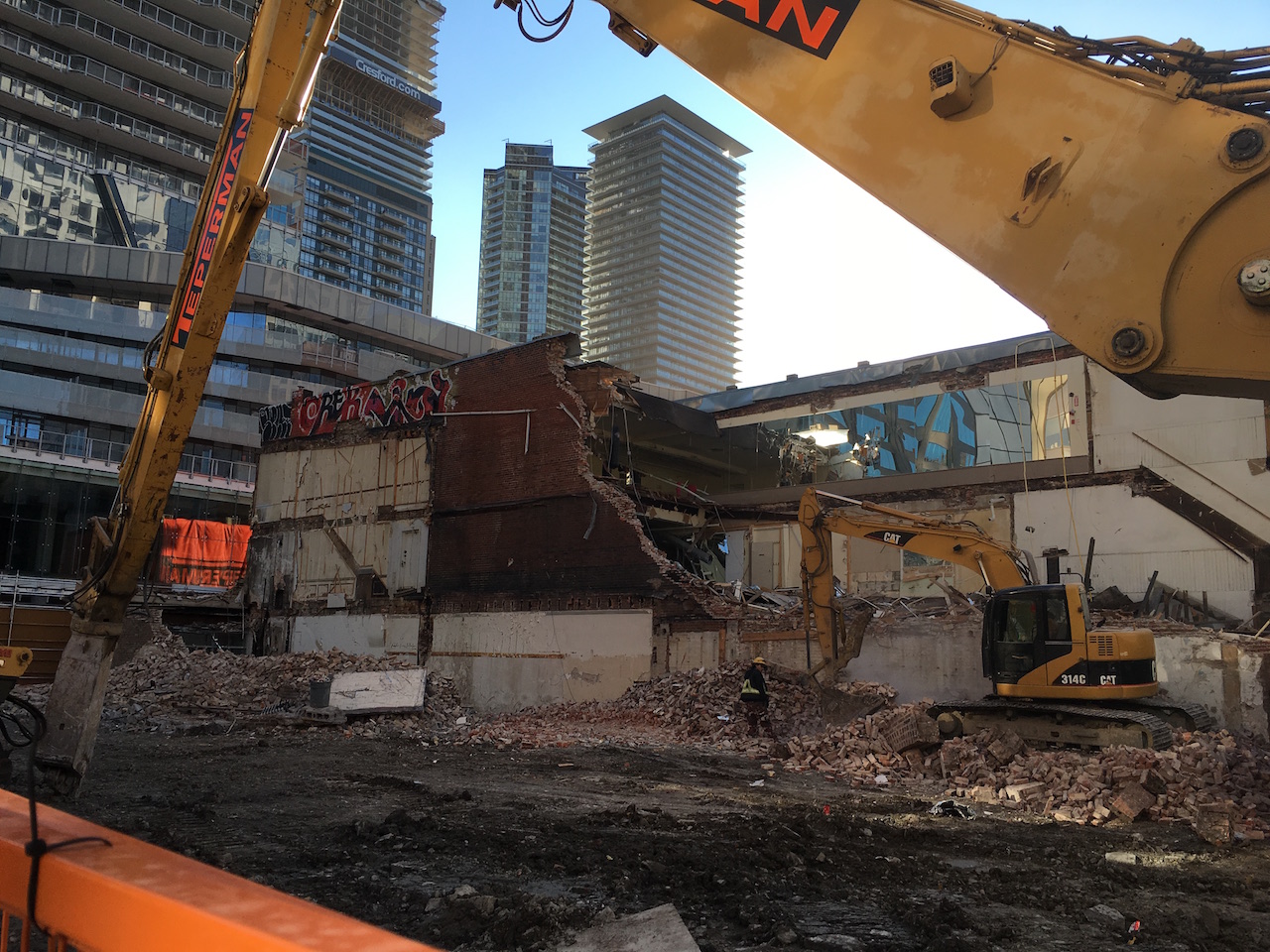 It would be nice if the stories was in with the title of the project. For example.

I agree. Storeys is the first number I look for in project titles, so it’s always disorienting that they’re now omitted.

Who cares, it's still a useful metric most of the time.

Yes please add storeys back to the thread titles.

Urban-Affair said:
Who cares, it's still a useful metric most of the time.
Click to expand...