sixrings said:
Well personally I wish they would replace the seats just to give everyone more room. I’d much rather a little more width and the stadium only fit 40k then 50k because realistically 90% of the time we are at the 25k mark Not only would it be more comfortable it would make the stadium feel more full.
Click to expand...

There's lots of speculation on what they're renovating but it's almost certain they're re-orienting the seats to face home plate and putting in more modern seats which are wider.
J

I wish they could take the outfield hotel out altogether, but failing that I wonder if they could make it look warmer? Cover up that metallic grey with something else? Brick? Even more blue could be better?
T

T.E.C.II said:
Wonder if they'll change the color of the seats? I know when U.S Cellular Field renovated, they changed the seats from blue to green.
Click to expand...

I would say, looking at these pictures (and I noticed it when I went earlier this year) I do kinda miss when the 500-level entry gates up top were painted in rainbow colours, going around the stadium. Now they're all just boring black.

And I doubt they'll go below 45k capacity but I'm sure it'll be more than just wider seats and re-orienting. They will have different kids of sections, (standing, family etc.) I suspect and overall use the space more effieciently and they can also add gradations so, like, right now 100 level is one big, long level; you could break it up into more of 2 100-sections, like how Yankee Stadium does it here: 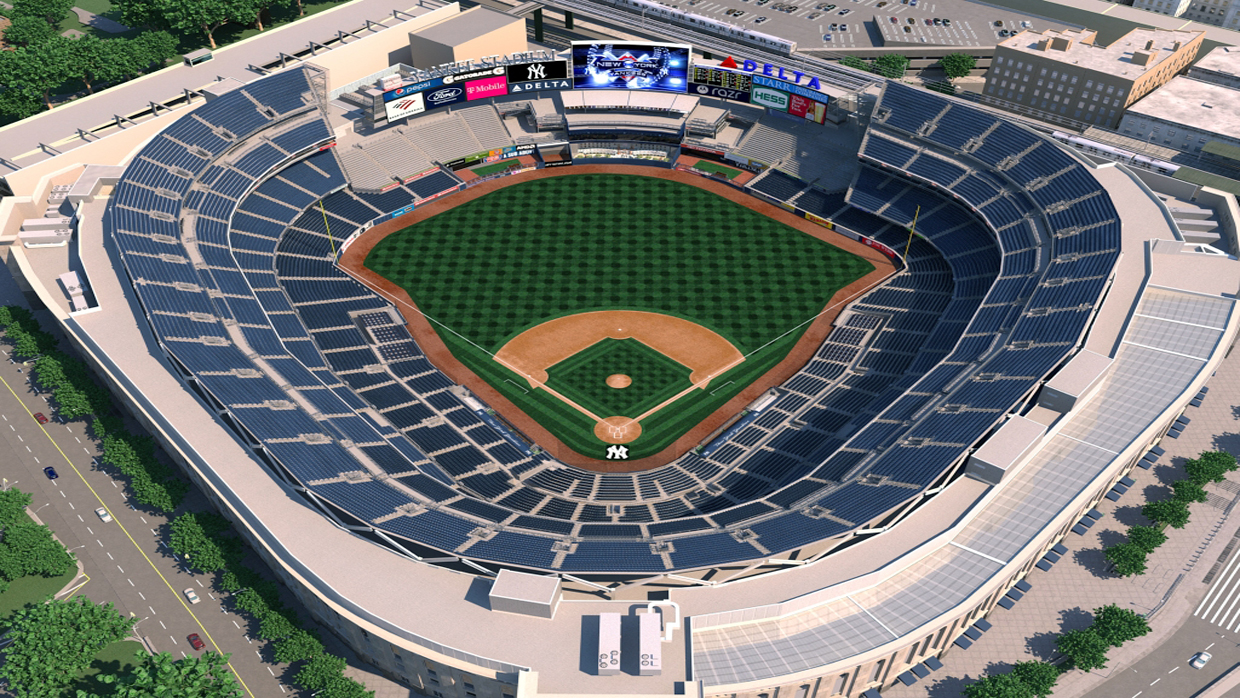 ... something similar could very well happen. The existing 100 level is movable so the football field could be setup... these renos will presumably create a permanent lower bowl. How they choose to do that in one off season will be interesting.
T

There's no question that everything realted to the football setup - the grading and orientation of the seats, all the unused mechanical crap underneath, the weird way that the last 5 corner sections are all accessed by one ramp - will all be gone. Once you tear all that out, you can do almost anything you want. I presume that means more seats closer to the fields and fences, for starters. Then it'll be whatever maxmizes revenue
C

TJ O'Pootertoot said:
I do kinda miss when the 500-level entry gates up top were painted in rainbow colours, going around the stadium.
Click to expand...

Seriously??? That was the ugliest thing in any stadium in any sport. Thank god the painted over that.

Plans will be unveiled tomorrow


NEW: The Toronto Blue Jays announced that President and CEO Mark Shapiro will unveil details of the renovation of the SkyDome on Thursday between 12:30 and 1:30 p.m.
@CTVToronto
Click to expand...

Here's to hoping it involves an implosion and rebuild...
C

Richard White said:
Here's to hoping it involves an implosion and rebuild...
Click to expand...

From what I understand, this is a temporary solution so don't expect an implosion. These reno's are going to keep the place going for the next 10 years until they finally build a new stadium.
T

Everyone knows the basics, I think.
They're tearing out the outfield 100-level section this year and the rest of the lower-bowl next year. The question is all the details of what they're going to replace it with - if they're moving the bullpens etc.
I'm pretty optimistic but I'm not expecting any dreamy things like a translucent roof or a grass field or knocking out the hotel to open the back wall to the cityscape. I expect 200 and 500 level won't change much, if at all. Maybe they do some more superficial updates.
I do expect there will be some different kinds of seating around 100 level but I guess we'll know tomorrow.
I also am guessing they'll throw in some little things fans have been demanding, like a statue of Joe Carter or some other team figures. Probably Ted's statue will stay but if they get rid of it, it's probably a good month for kicking Rogers while they're down and making fans happy.
G 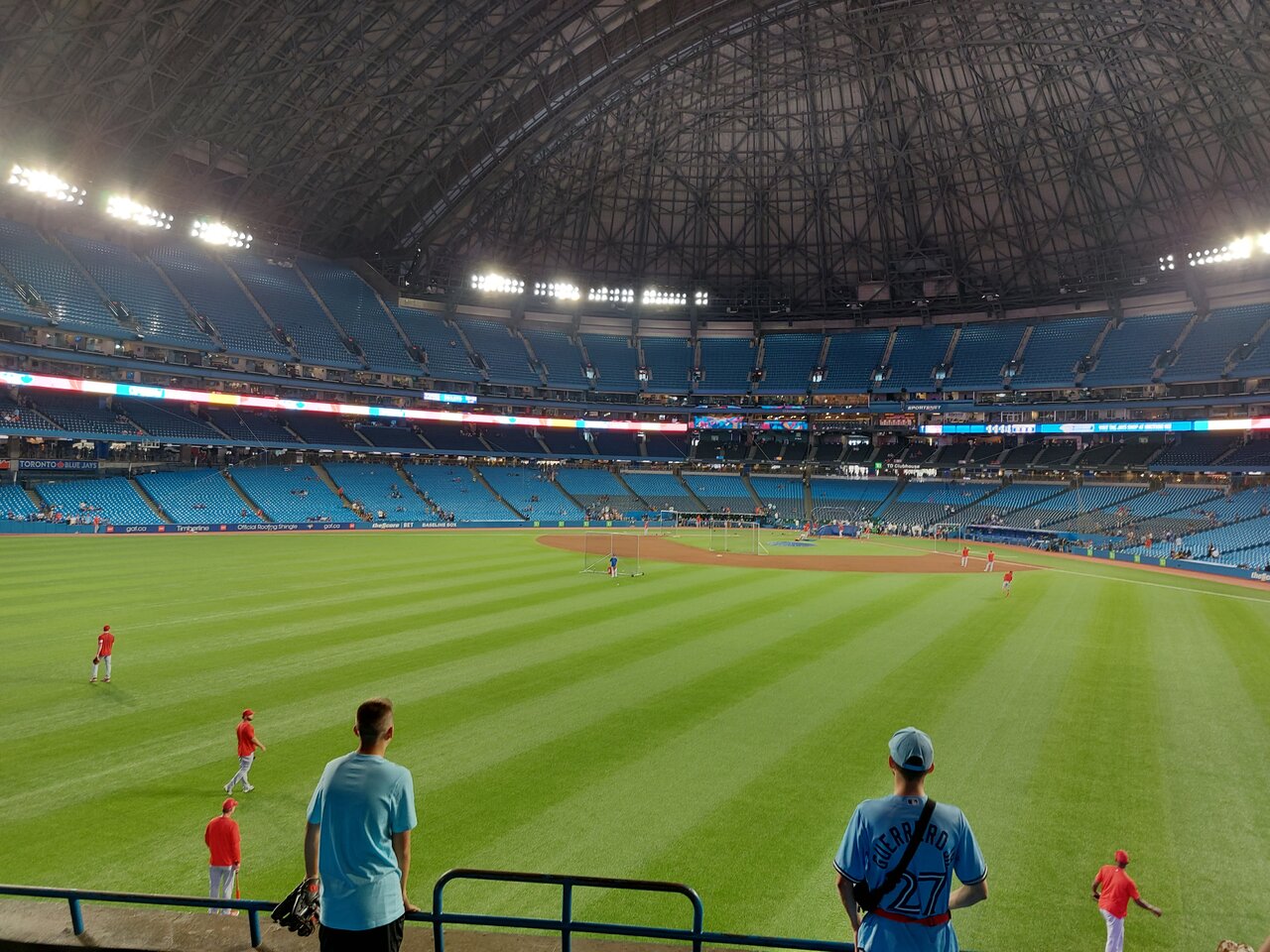 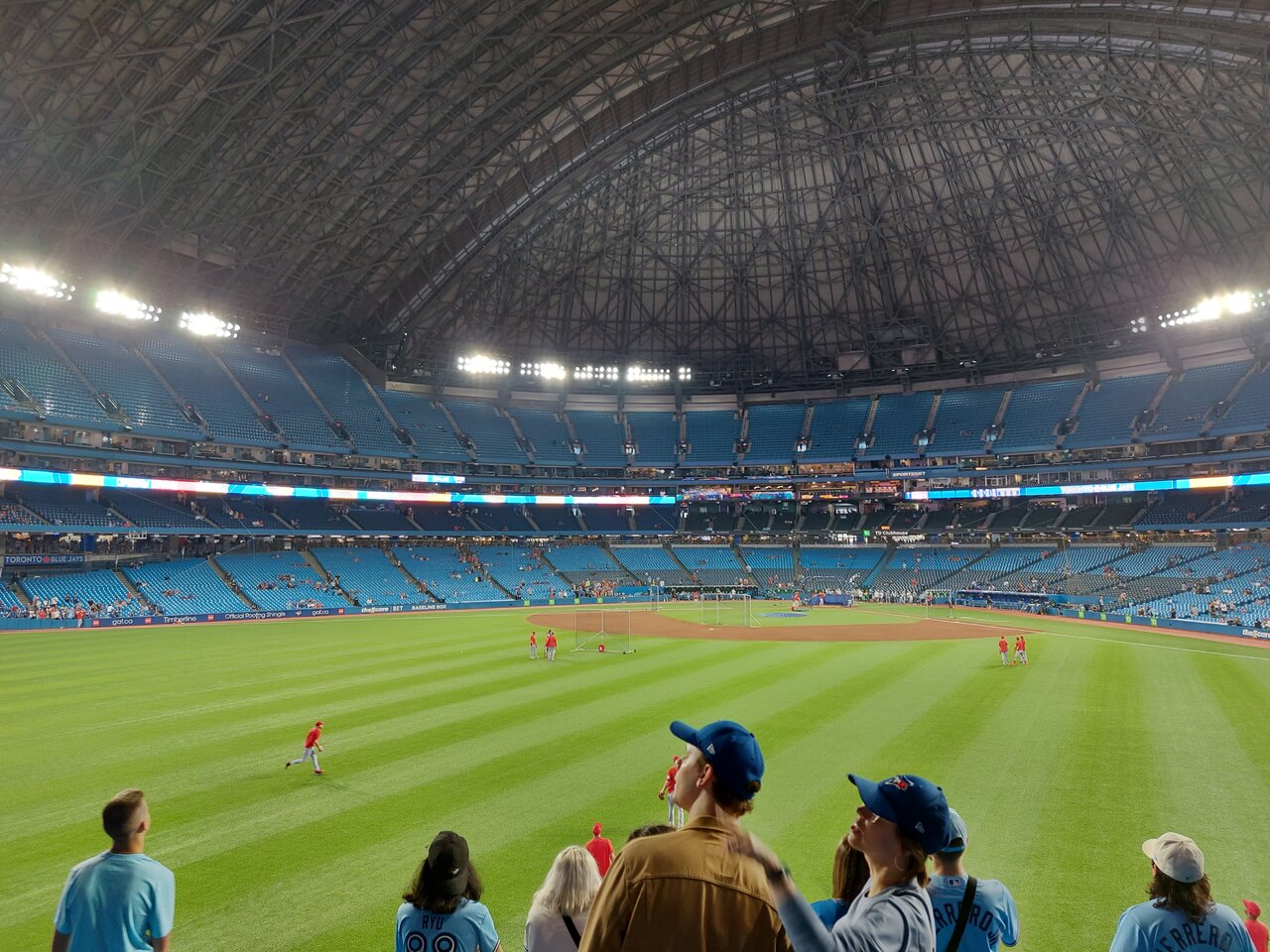 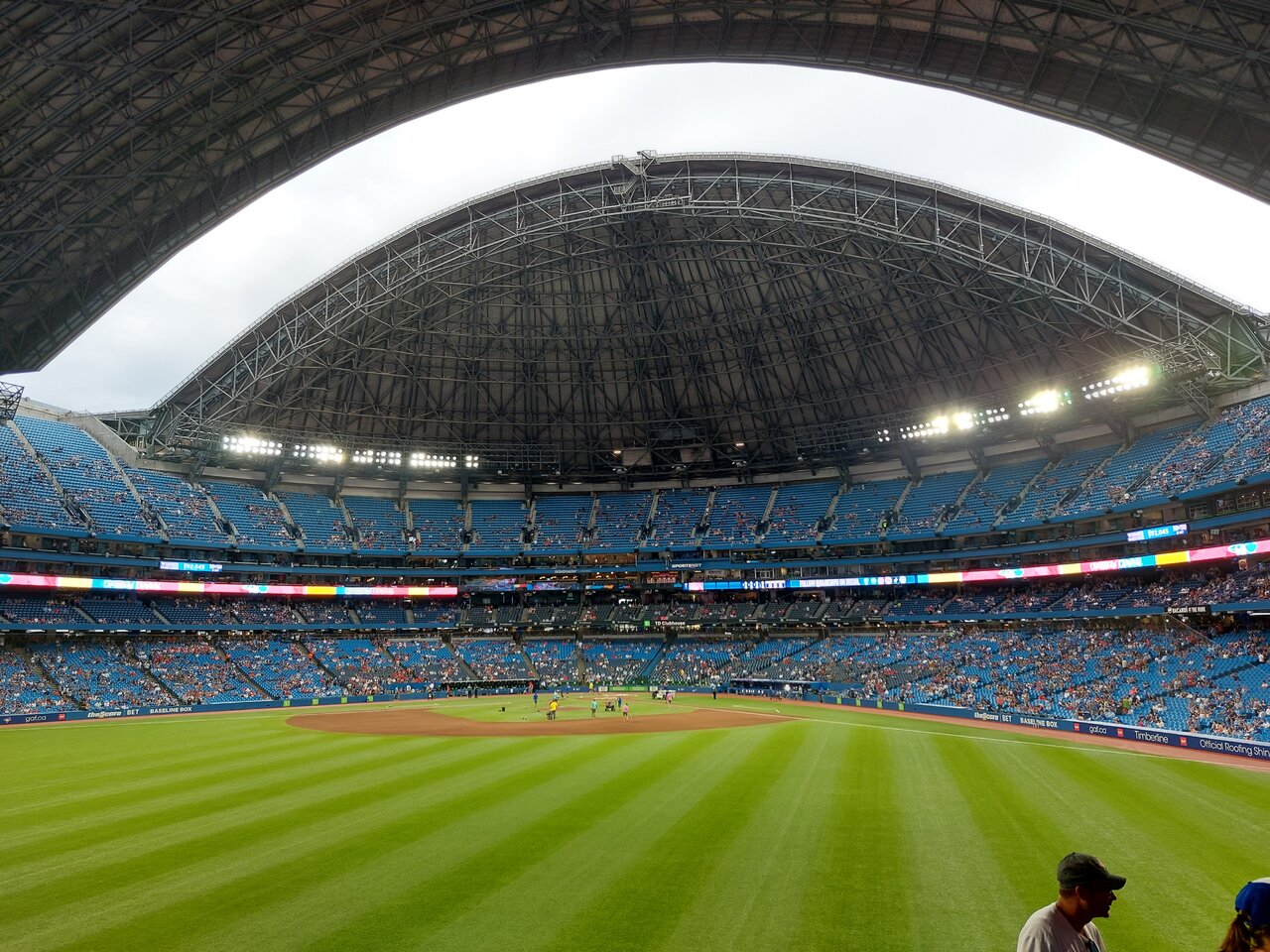 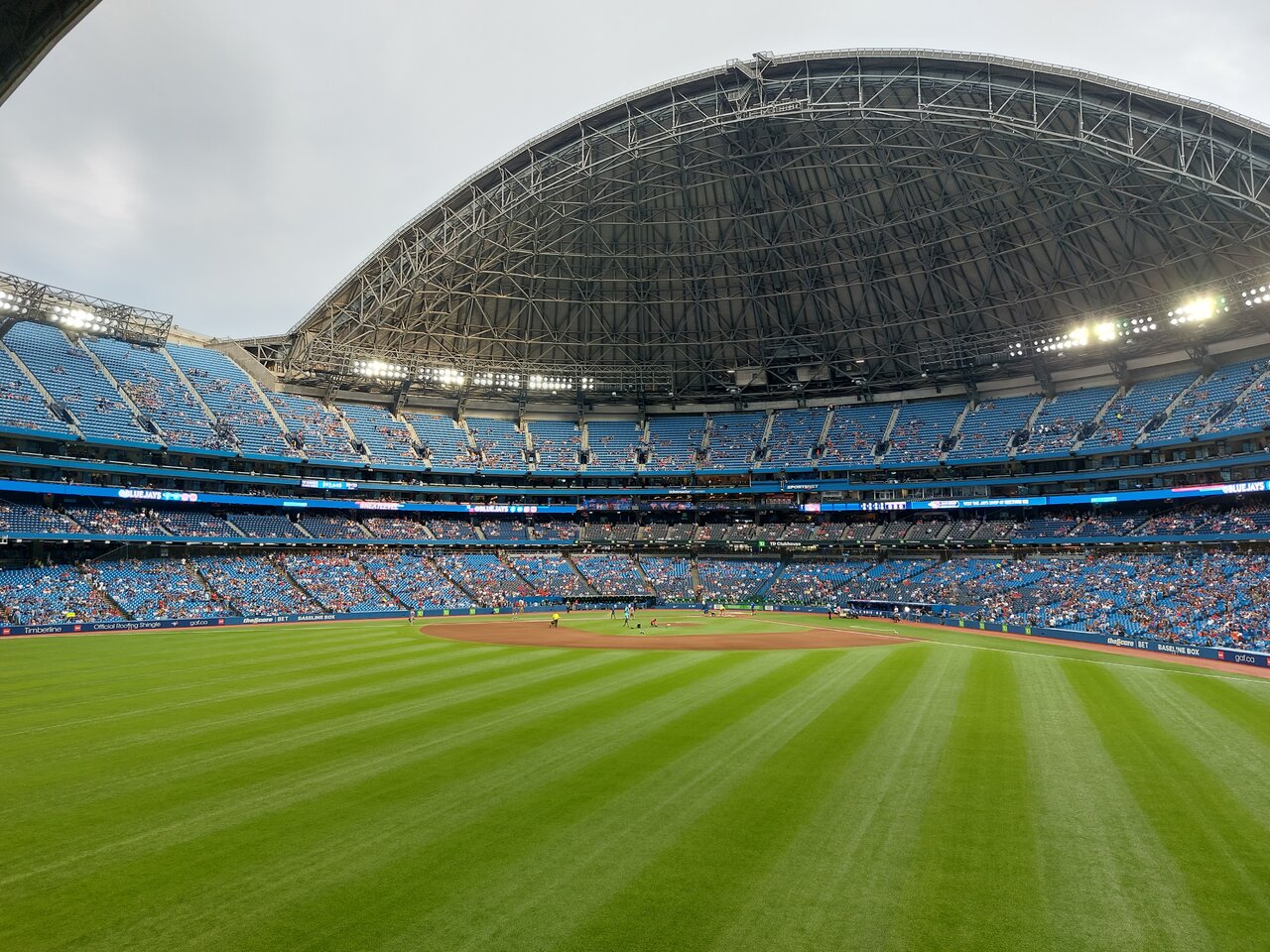 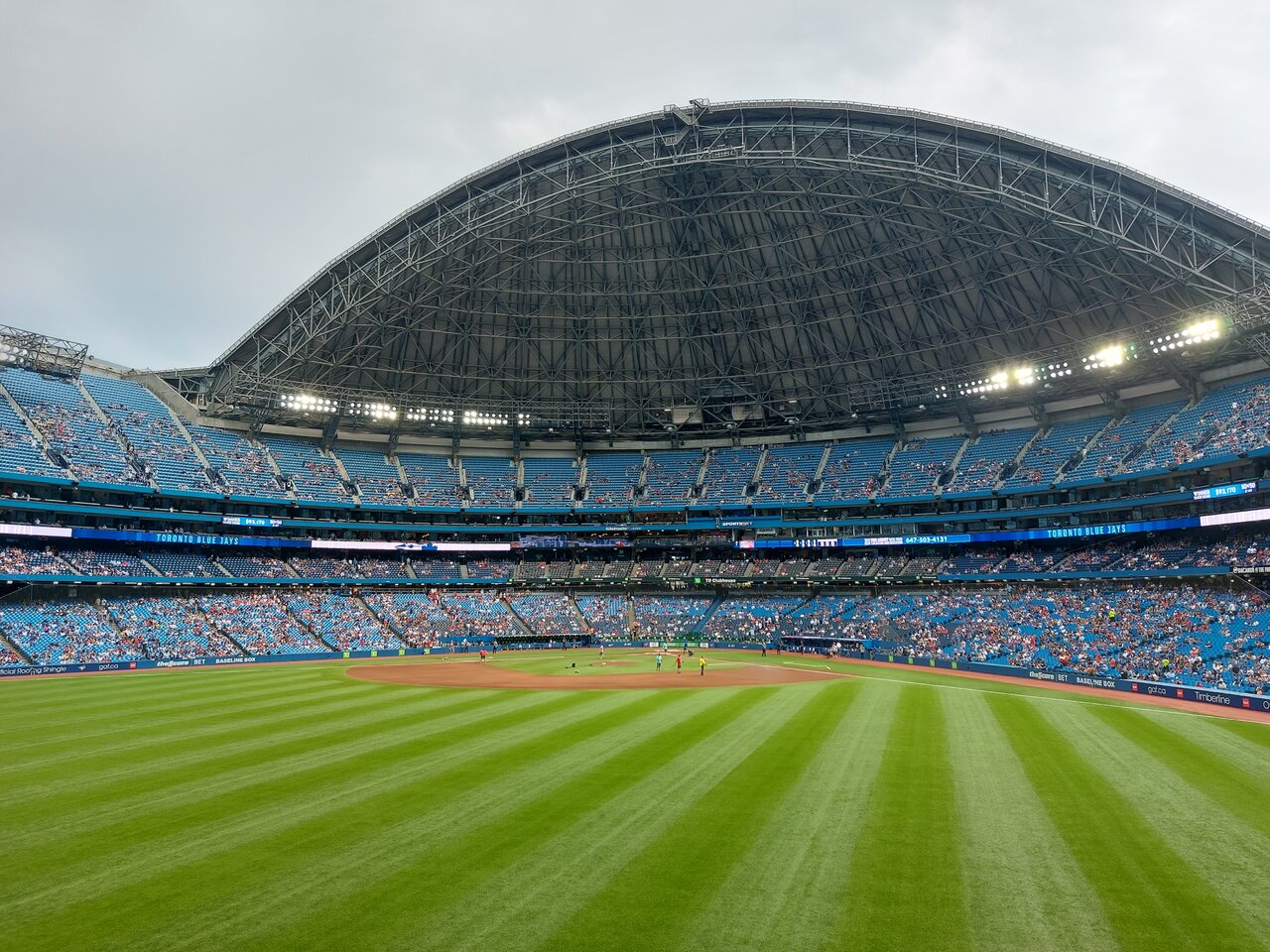 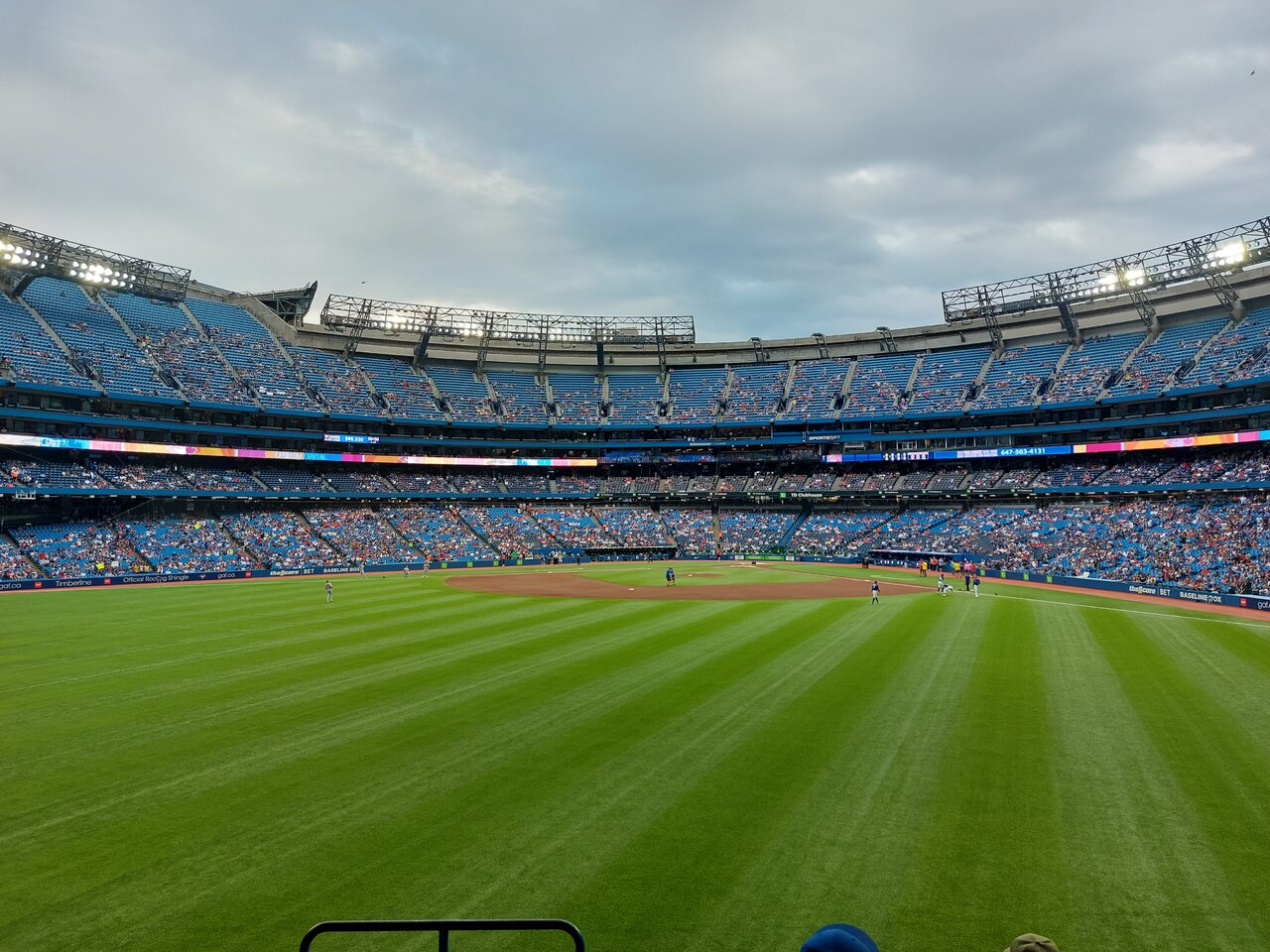 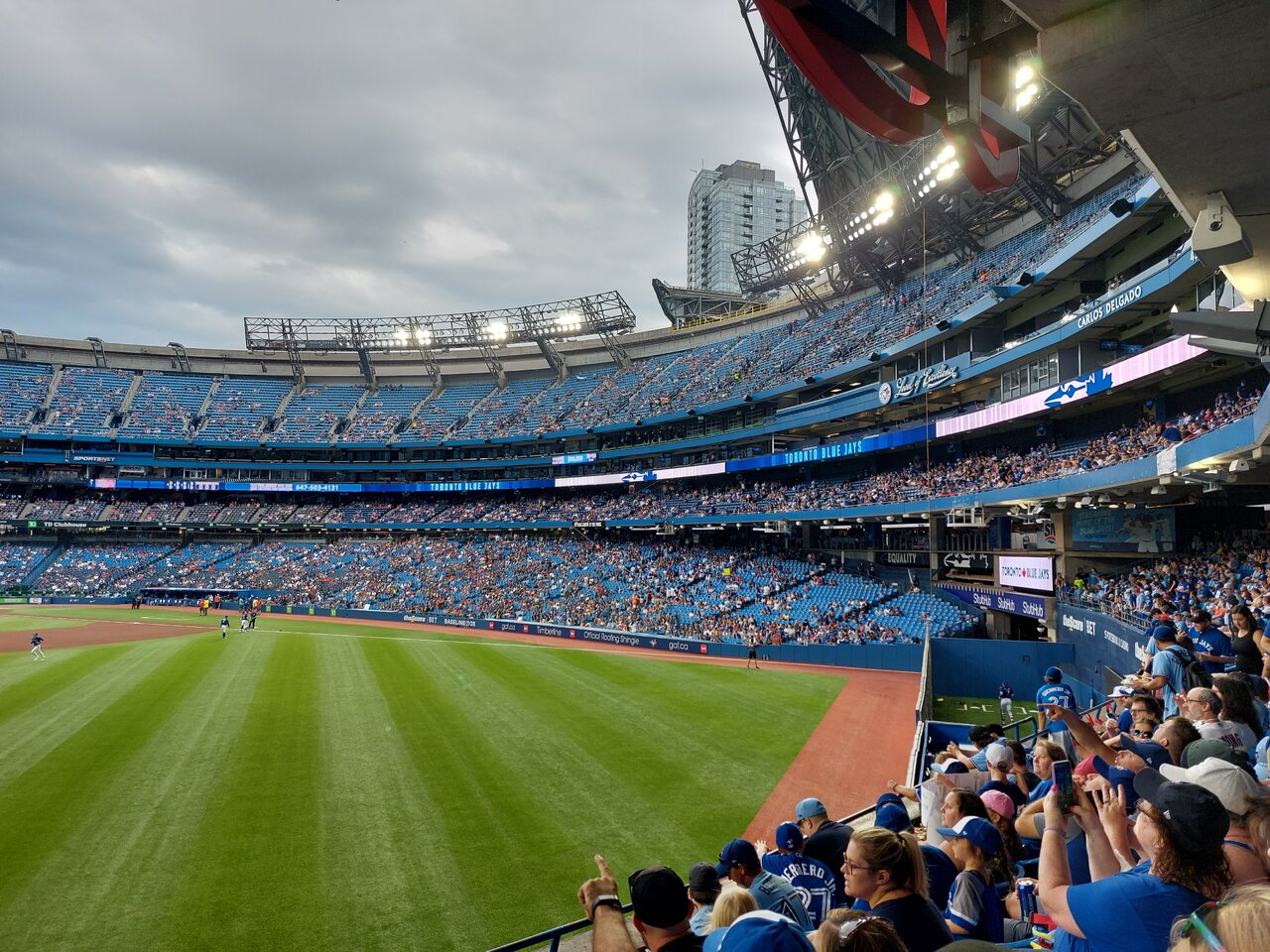 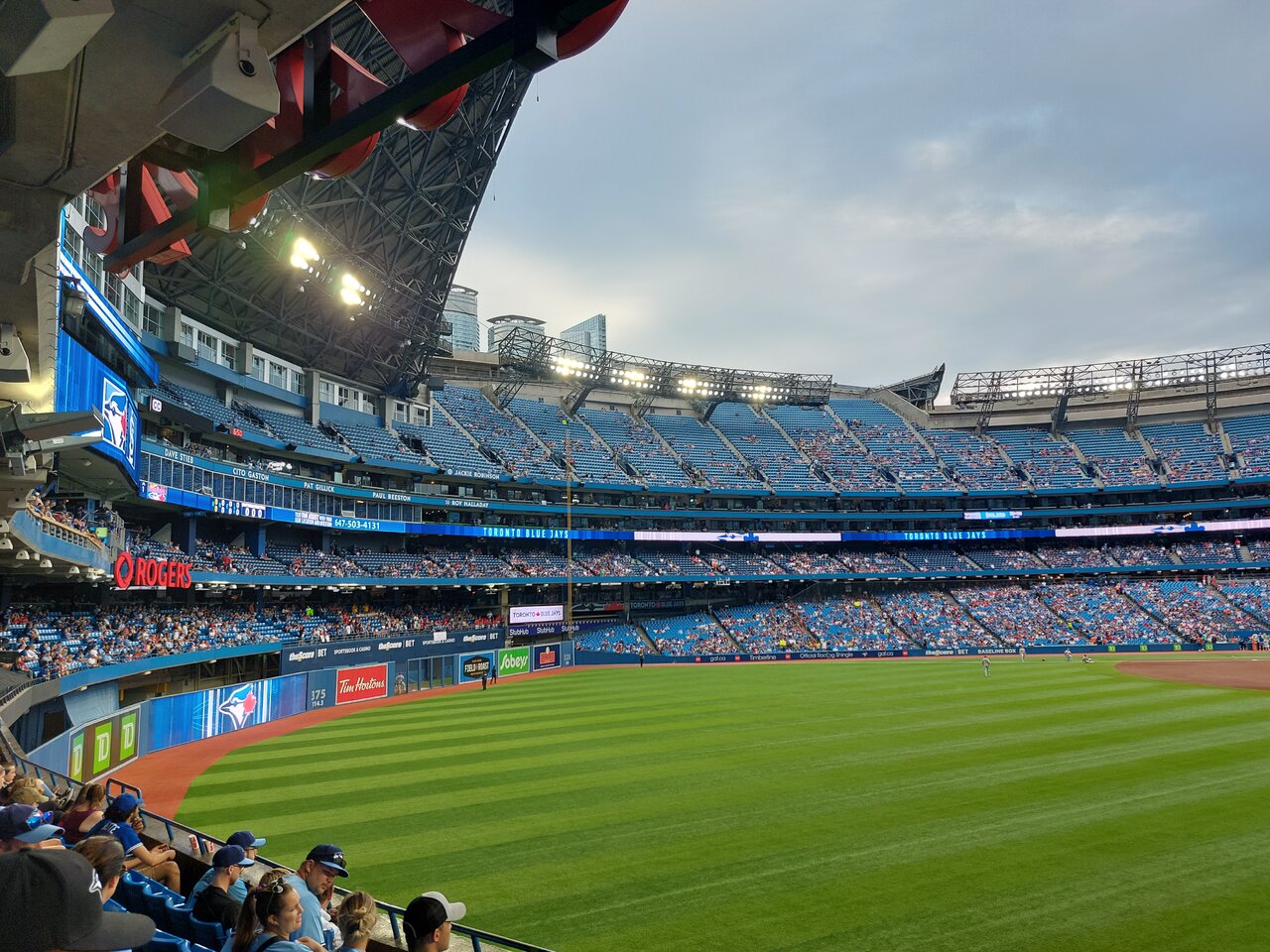 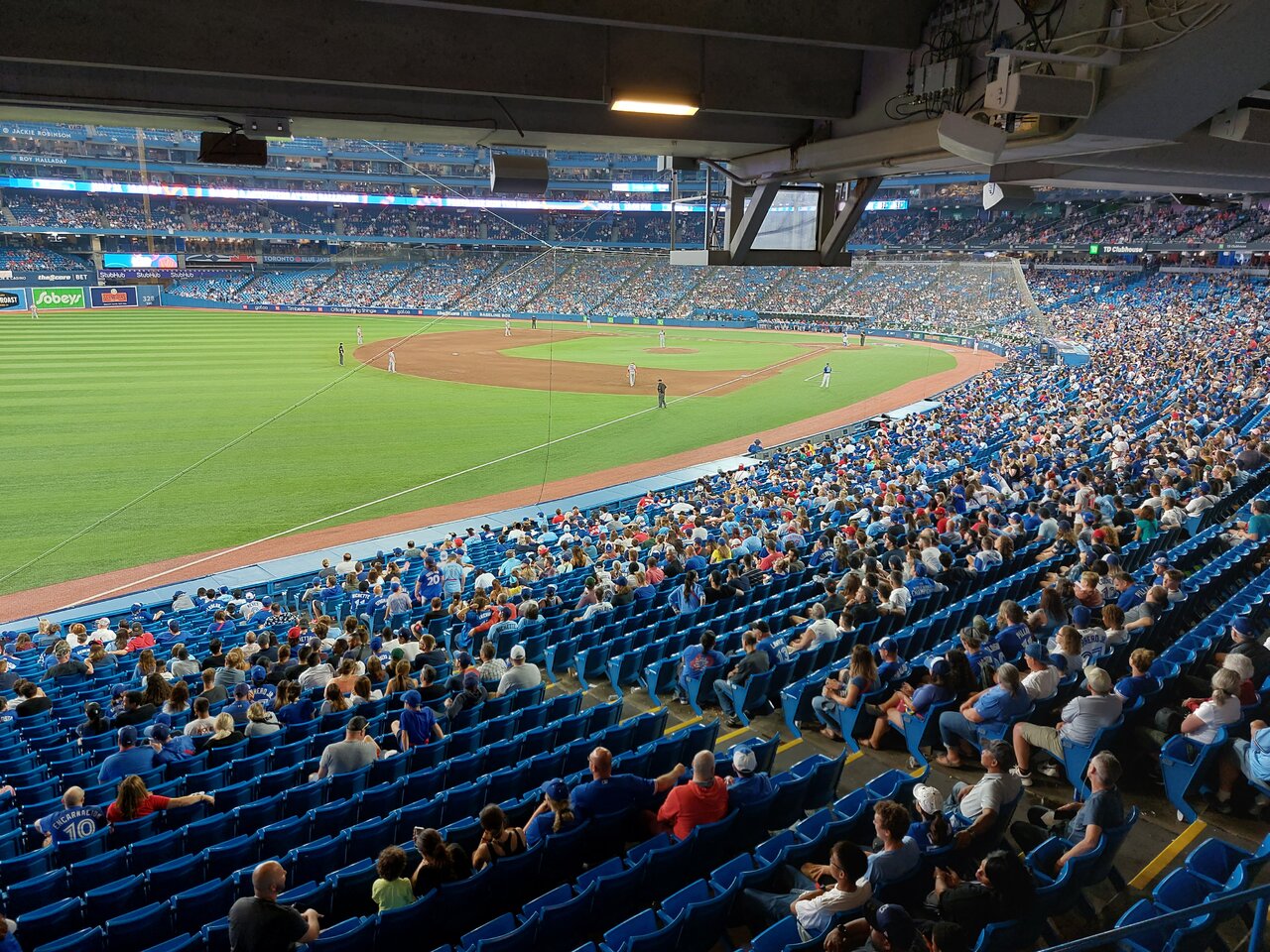 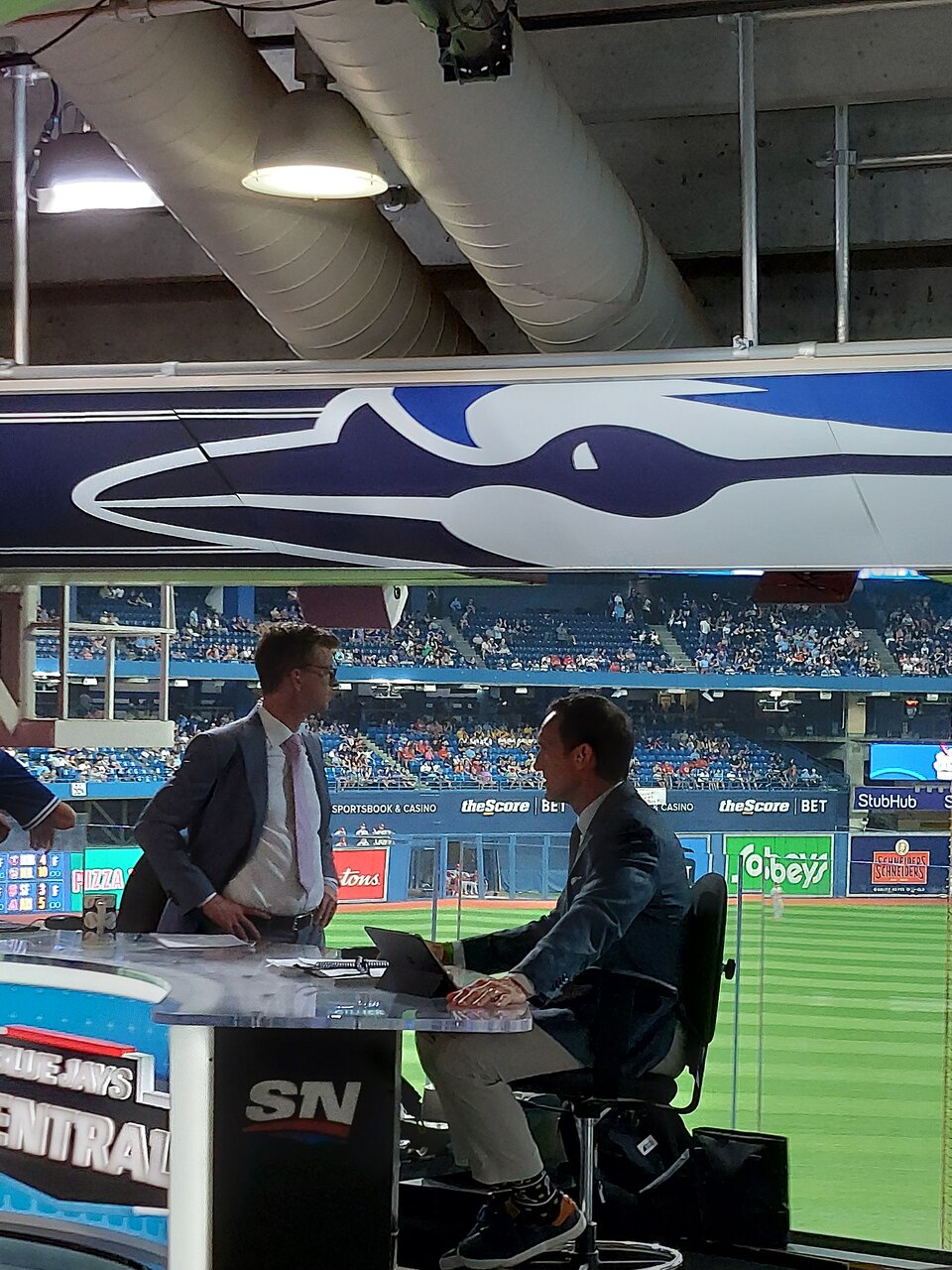