marcus_a_j said:
It's sh!t like this that drives me nuts. Why are these spandrel bands not lined up all the way to the top of the building? Lining them up makes the design much cleaner, and doing so like I've sketched also makes it symmetrical with the other side.

I would imagine it's because the units are not the same up the whole tower?
Twitter

ProjectEnd said:
I would imagine it's because the units are not the same up the whole tower?
Click to expand...

Oh for sure. The top three floors have two units along the west side while levels 9-24 have three units resulting in 16 more units. If the middle unit was combined with the unit to the north (like the top 3 levels), there would be fewer units overall but more 3-bedroom units (and my OCD would be satisfied).

I was more concluding that they where trying to be "stylish" with their value engineered window wall and failing miserably in doing so...
Quadruple "A" geek: Architecture, Azeroth, Anime, Aphex Twin.
T

Not a fan of this one. I just hate "fake" brick. Add some spandrel and it hurts me. Still miles better than King West Life which might be one of the ugliest buildings in the city. 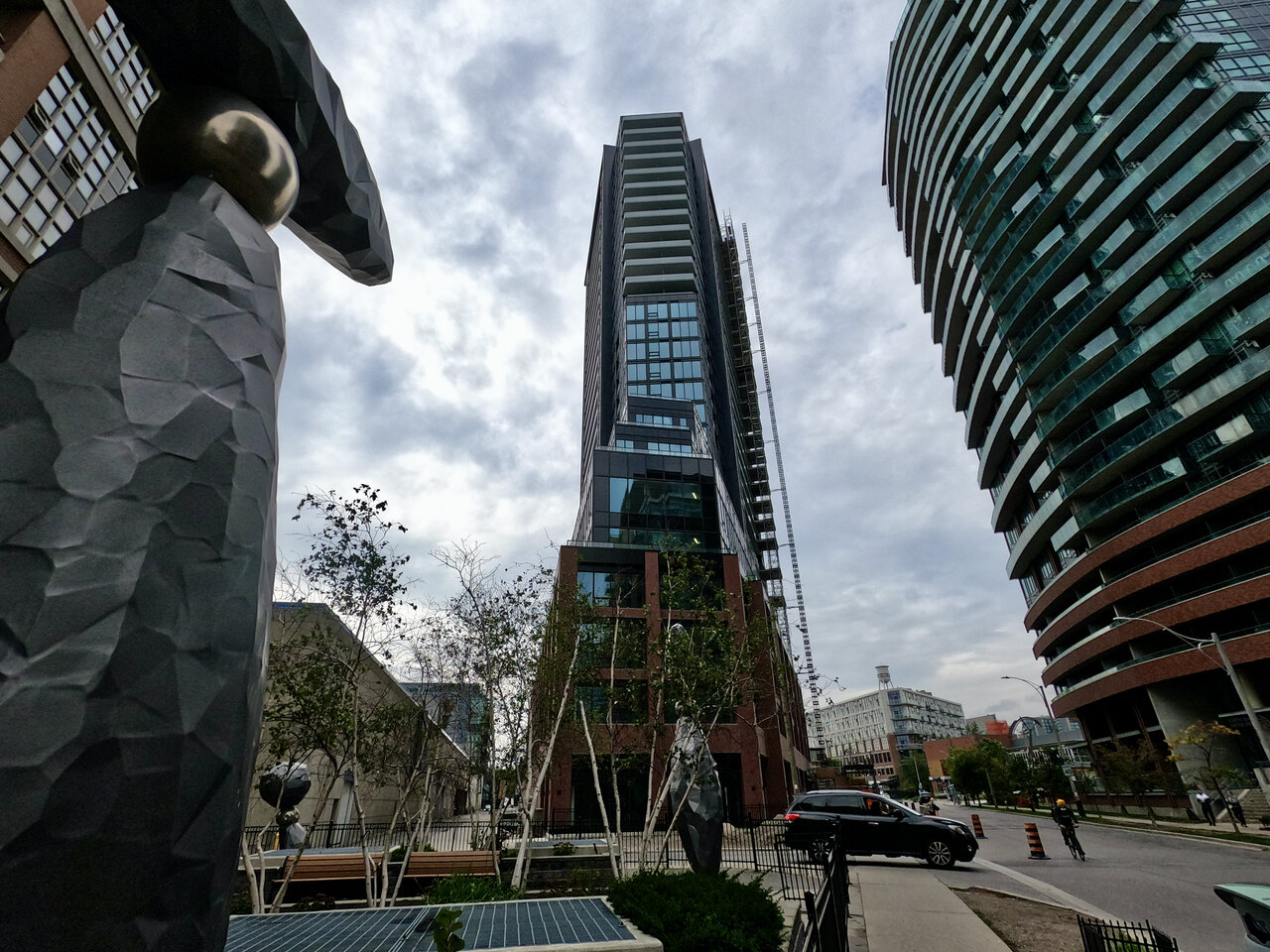 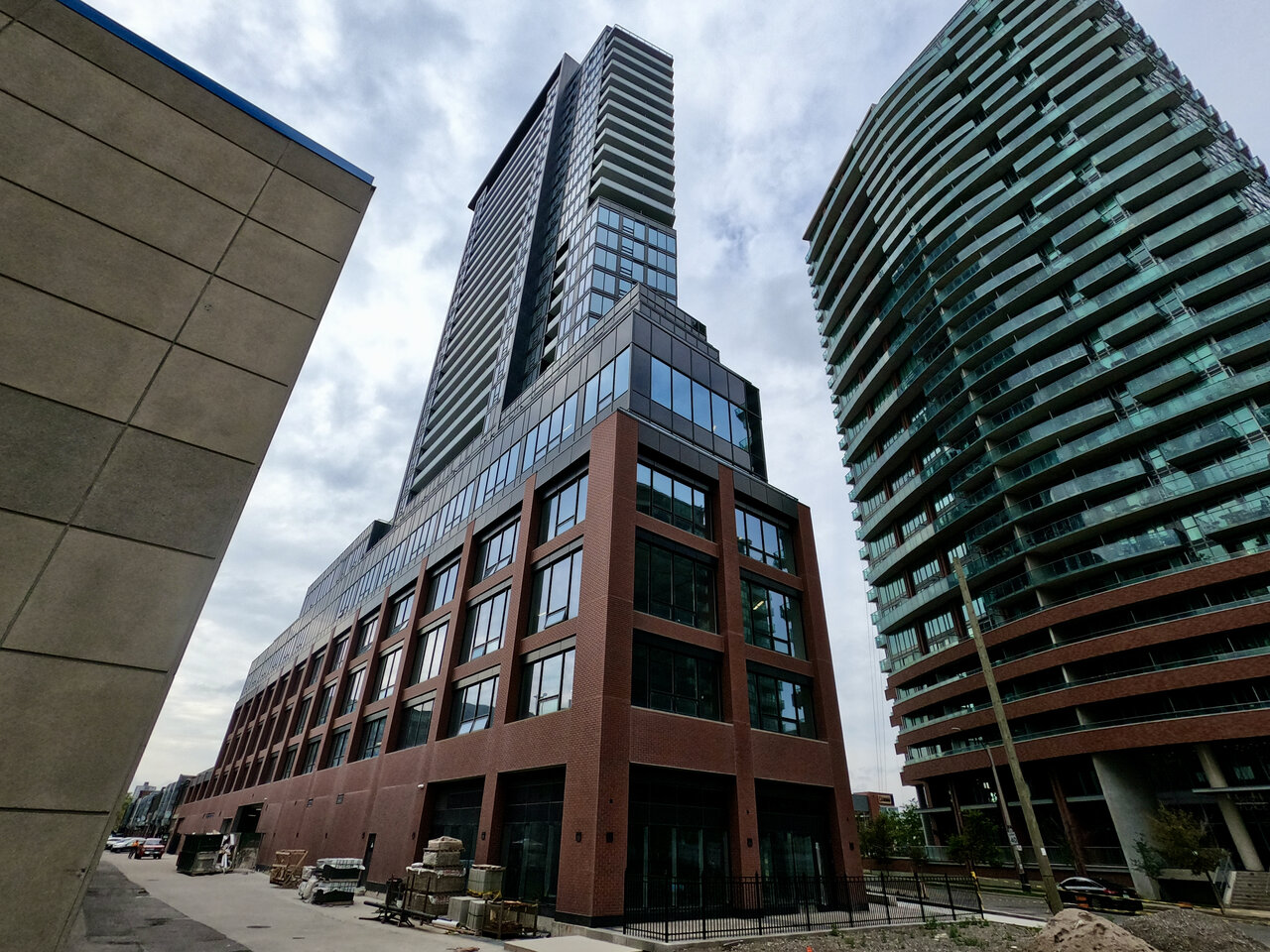 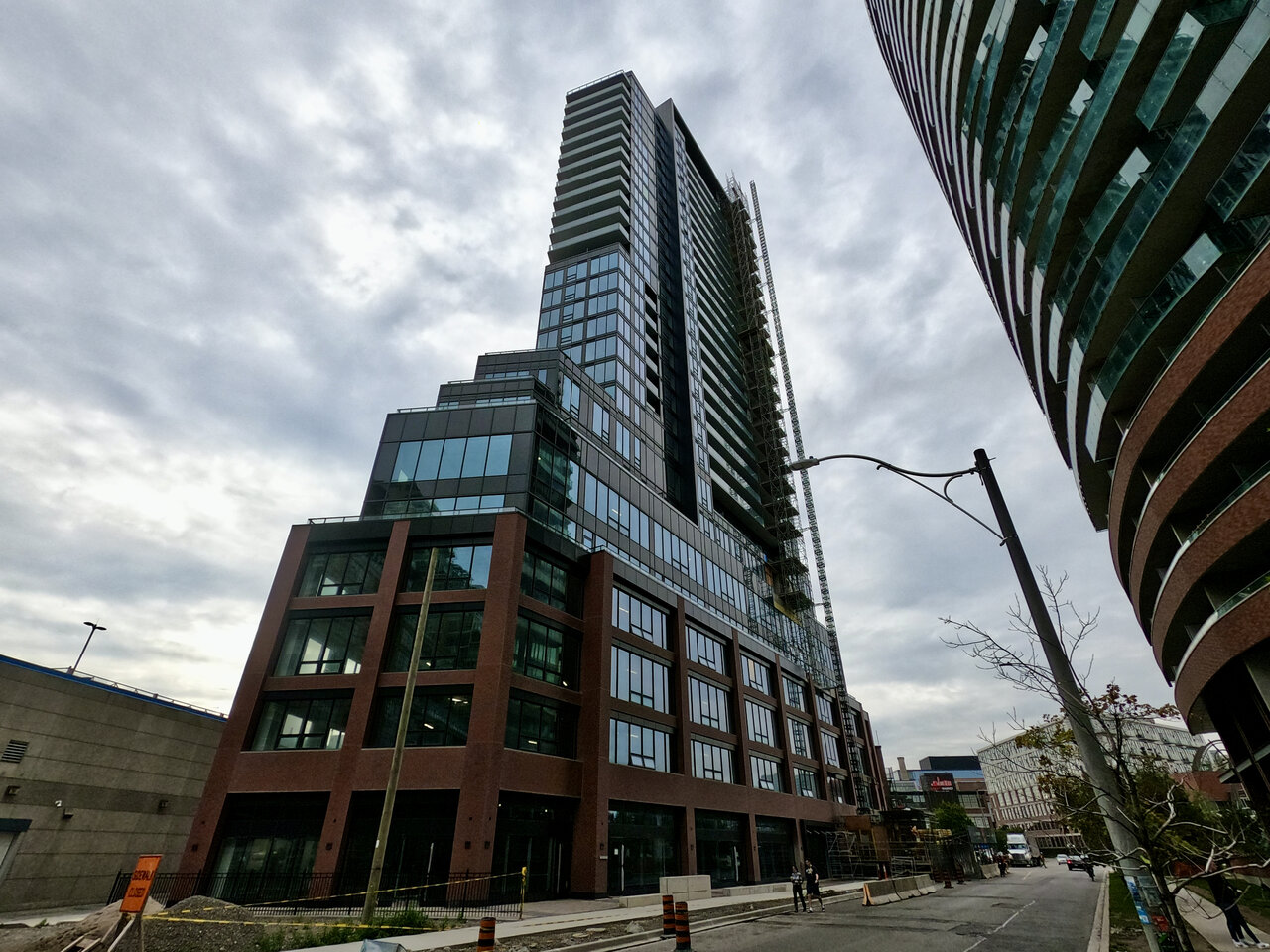 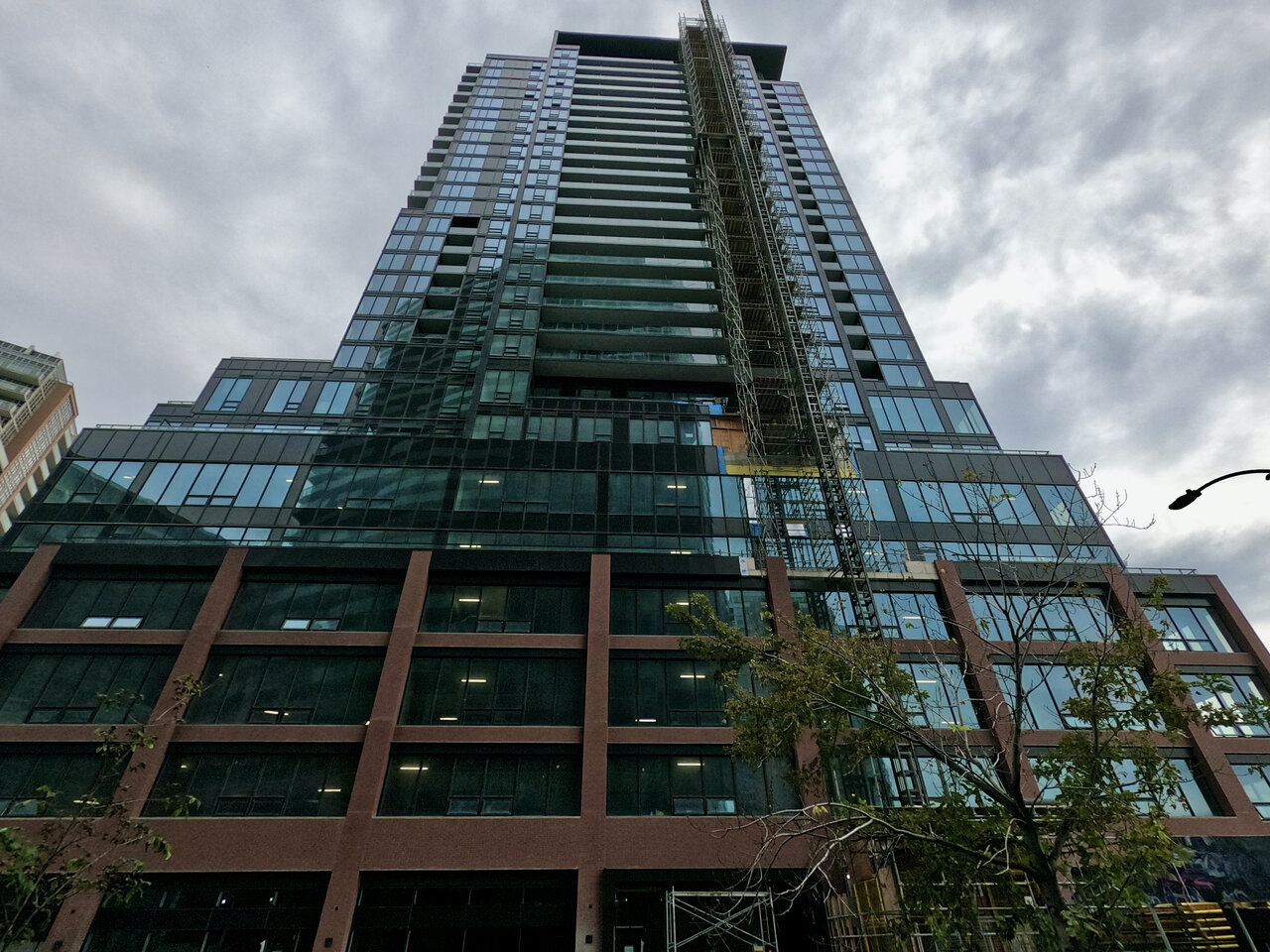 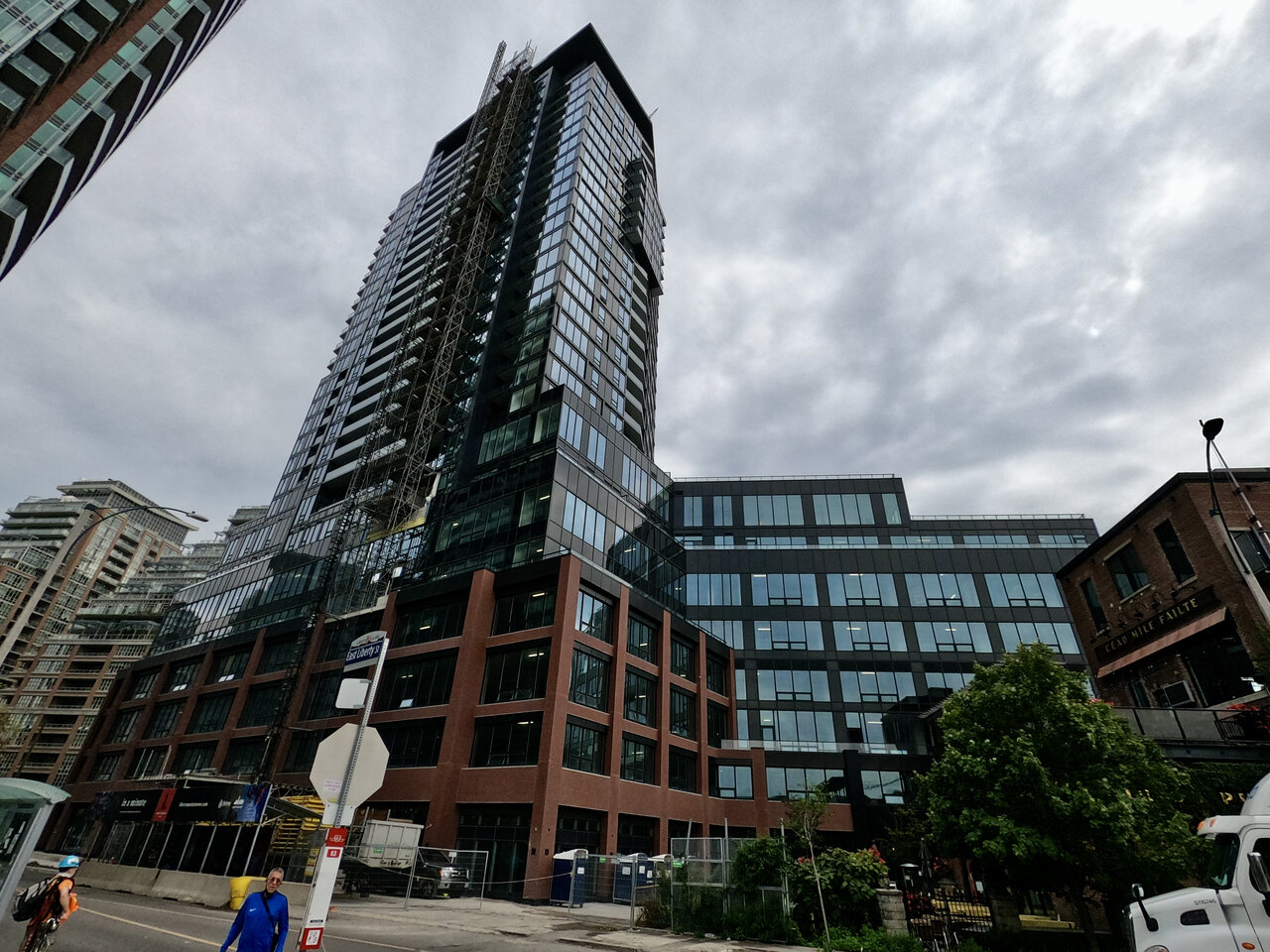 From a distance, along Liberty St: 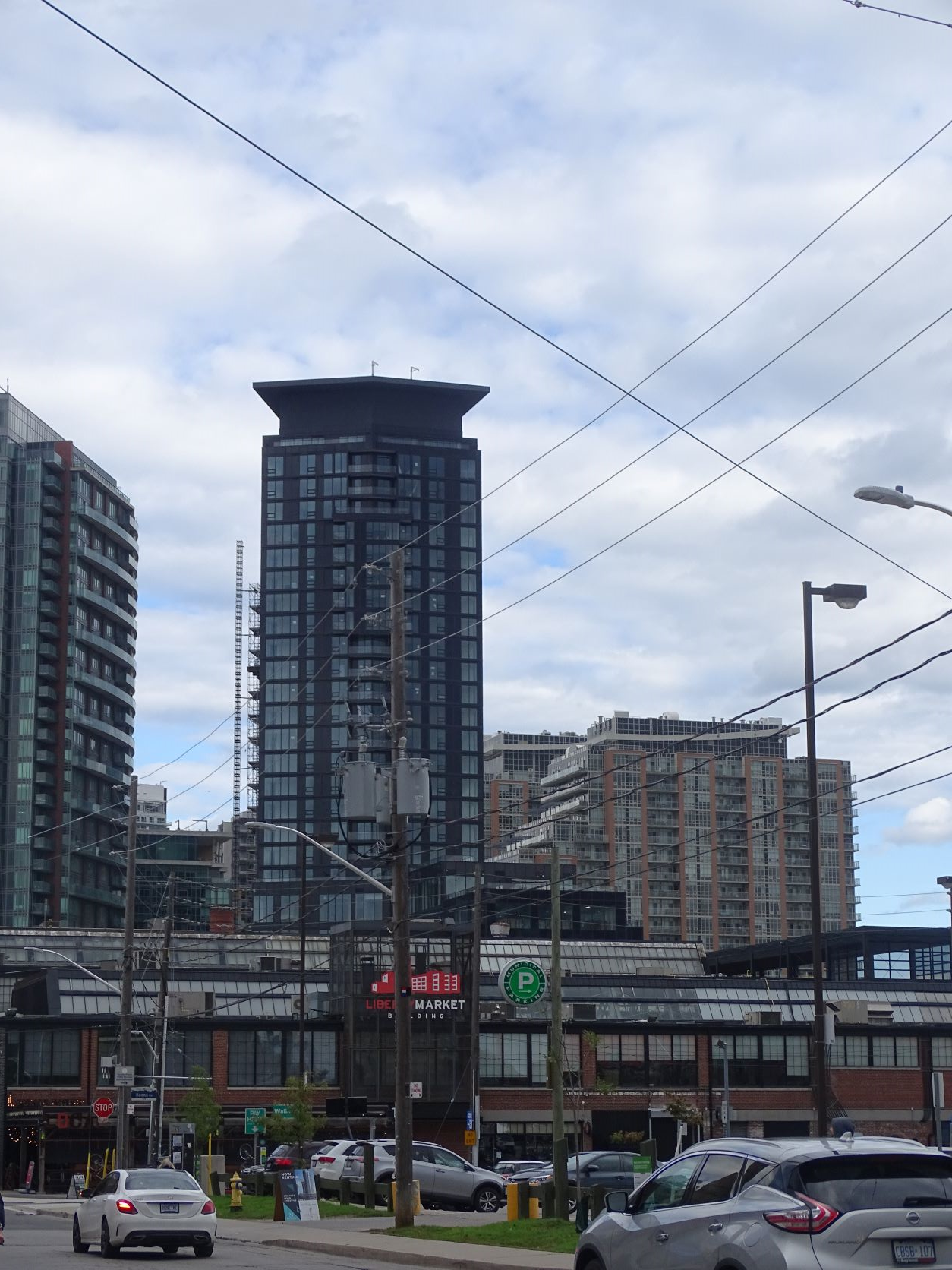 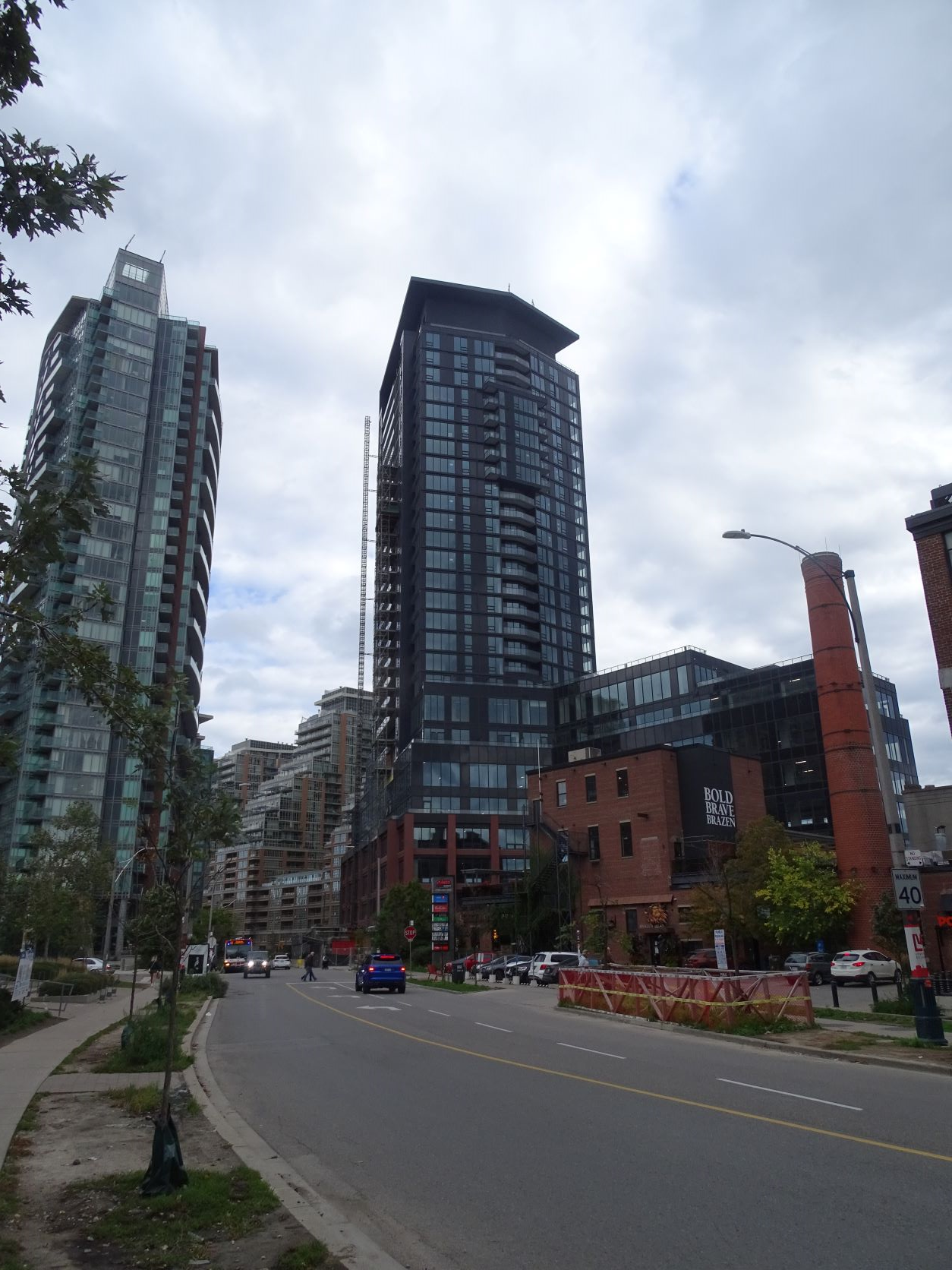 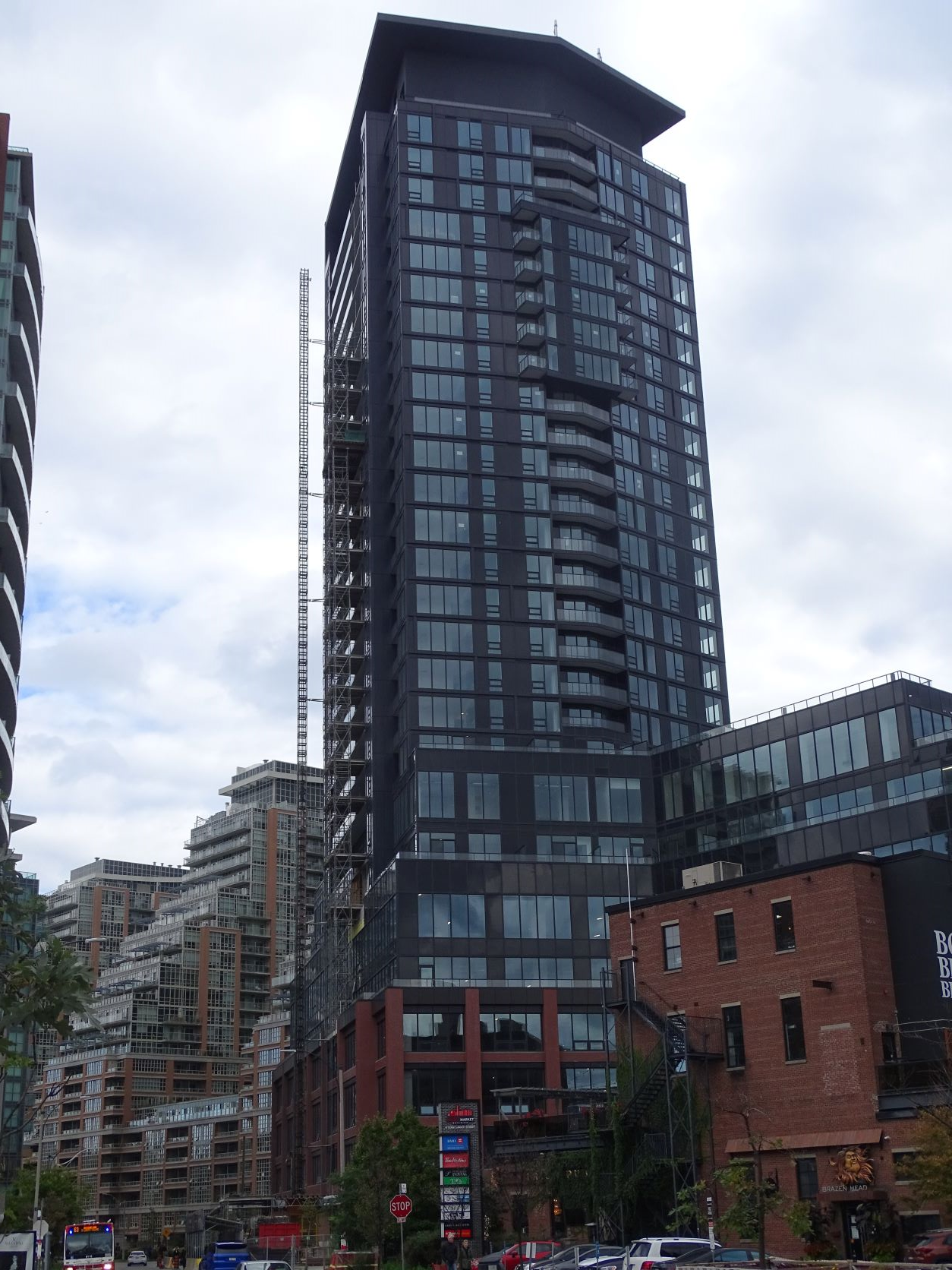 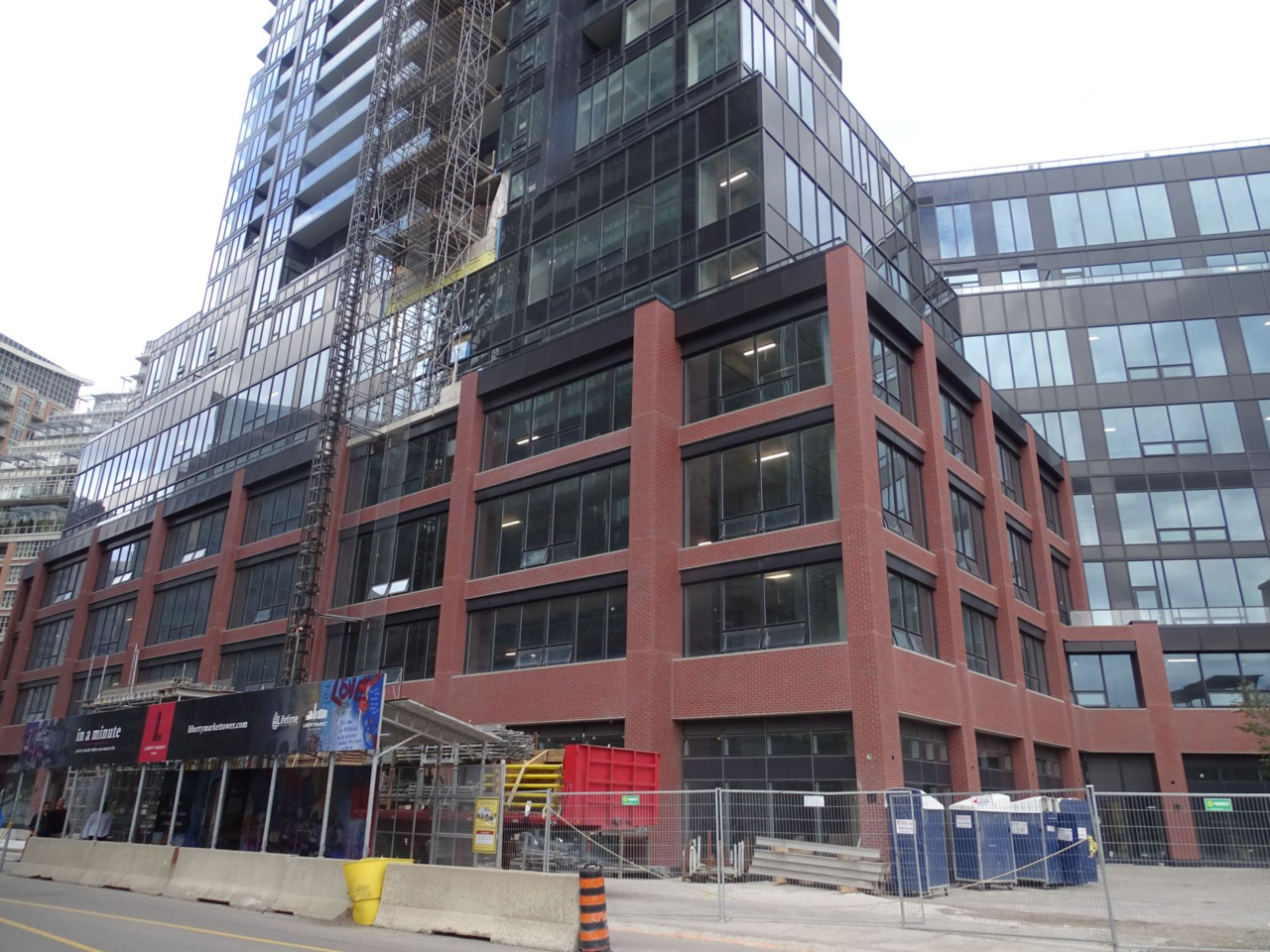 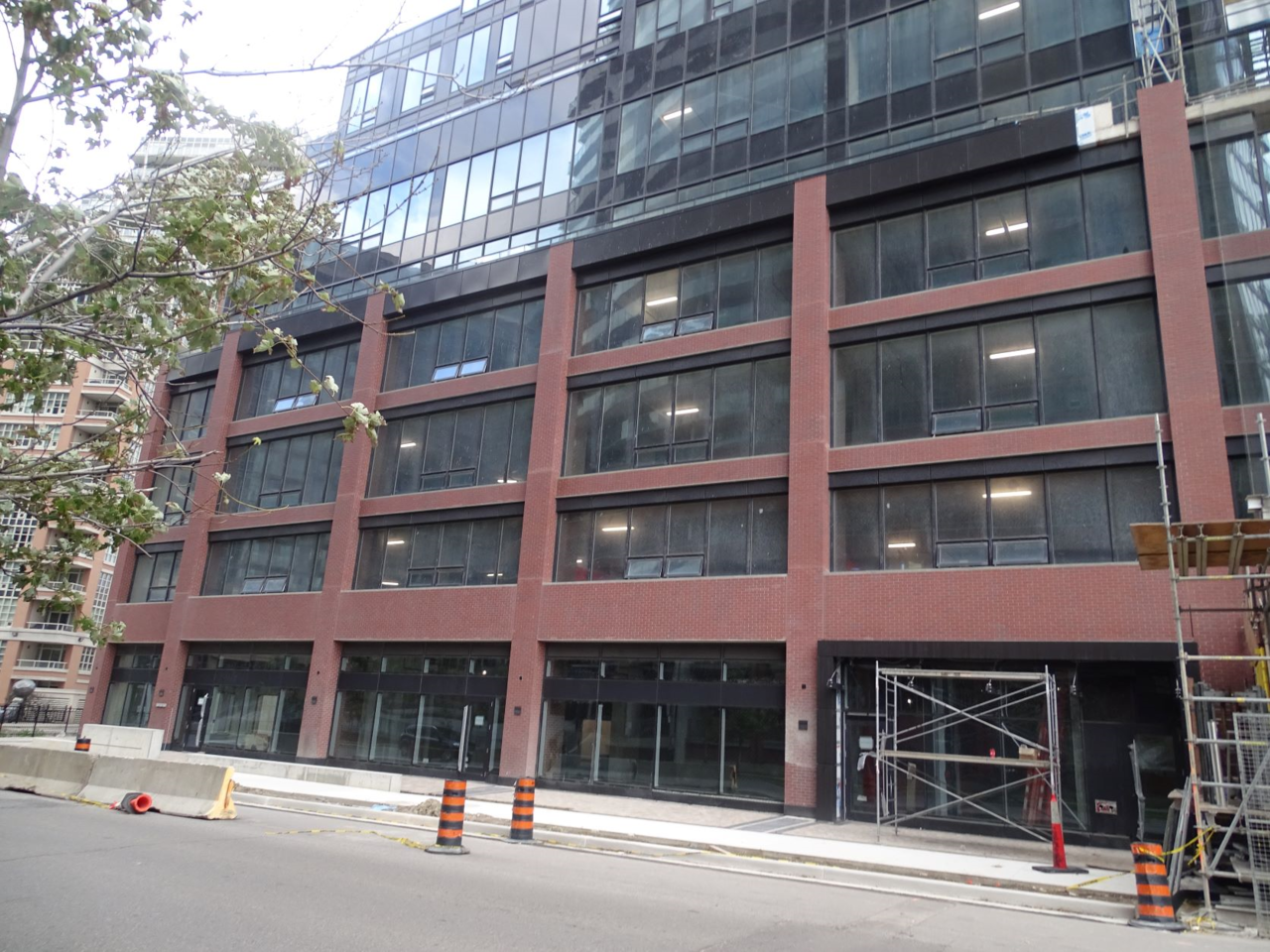 This is a building that I was originally rooting for in the renderings stage, and hoped that it would turn out alright. Especially with it holding one of the more prominent locations in the central Liberty Village cluster. But the sum of its parts is coming together as rather subpar in its detailing.
Importer Exporter and West End based Leslieville enthusiast
Flickr