Was sure where to post this since it's just a rumour, but...Quality Meats Ltd was in the news recently about possible re-zoning (for those who missed it):

So last night I was on the bumblebee site getting some info on a unrelated condo project when I stumbled upon a thread indicating that the land may have been sold or is close to it (there appears to be some differing on whether it is sold or 'in contract').

The buyer, rumour has it, is Freed.

The Bacon District. Condominiums that smell good.
Canadian architecture I like: https://twitter.com/renderpornstar

You wonder if the owner of the abattoir has been buying dozens of units in surrounding buildings before moving the facility away.
www.Front65.com - Urban Ecology
T

It is unfortunate that their address is on the even number side of the street!

The Residences of Slaughterhouse 5 has a good ring to it.
S

A major Ontario pork processor has filed for creditor protection under the Bankruptcy and Insolvency Act.

Quality Meat Packers Limited and Toronto Abattoirs Limited officials emphasize this does not mean the companies are bankrupt.

The move gives the two companies protection from their creditors for an initial period of 30 days.

That gives them a chance to evaluate and pursue restructuring alternatives.

Quality Meat Packers and Toronto Abattoirs say they will continue to operate and will provide updates to employees, customers, suppliers and other stakeholders as they proceed.

A company statement says they are making every effort to continue operations with a financially viable business model.

Quality Meat Packers has been operating it’s facility in Toronto since 1960, producing fresh pork for domestic and export markets.

It has 750 employees at the Toronto location
Click to expand...

I work around there. There was been talk that the kids wanted their dad to sell, but he was being stubborn and wanted to keep on torturing pigs. (Long time vegan here.) Then a couple of months ago the rumour was that the kids got the dad to agree to the idea of selling.
I guess the financial situation has played his hand now.

newearthling said:
I work around there. There was been talk that the kids wanted their dad to sell, but he was being stubborn and wanted to keep on torturing pigs. (Long time vegan here.) Then a couple of months ago the rumour was that the kids got the dad to agree to the idea of selling.
I guess the financial situation has played his hand now.

Hopefully, it will be a mixed-use building...

...actually, I was thinking more along the lines of offices, medical, stores, and residential. A butcher shop or deli would be nice, though.
Last edited: Apr 5, 2014
[SIGPIC][/SIGPIC]W. K. Lis

Good for the existing area residents if condos replace this.
T

W. K. Lis said:
...actually, I was thinking more along the lines of offices, medical, stores, and residential. A butcher shop or deli would be nice, though.
Click to expand... 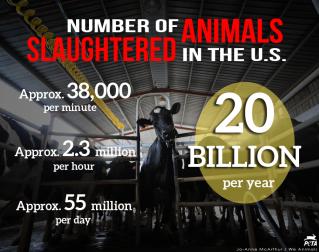 ^in case it wasn't clear....I was just commenting on the irony of replacing a much protested slaughterhouse with two businesses that rely on slaughtered animals to exist......not on the issue of slaughtering animals itself.

Okay. No deli. How about a pet shop? No, they could end up selling dead parrots nailed to a swing.

Now for something completely different. Cue the Pet Shop... Boys.

^not sure if you are making fun of me or the protesters but I do find it kinda funny that they protest every day over the slaughter of pigs....but don't seem to spend any time protesting the restos and grocery stores that sell product created by the slaughtering.

Bit like protesting the seal hunt but being ok with the sale of fur coats.

I can assure you, anyone who cares enough about the way animals are treated to go out on freezing cold days, or boiling hot days, or any day in between, and bear witness to those animals being led to their death, is not going to 'be ok' with fur coats, or with selling animal flesh in stores/restaurants.
Pigs in particular are very intelligent and have surpassed small human children > 5 years on tests. They are not treated well, from what I have seen first hand at this abattoir. This slaughterhouse in particular is the reason I became a vegetarian 22 years ago.
My friend and co-worker lives down the street on King st. She has said that she can hear the screaming of the pigs. We both work at the art studio kitty corner to the abattoir, and sometimes the smell is overwhelming.
In some ways, we appreciate the fact that it is still there. Once the kids sell (which they will eventually) property values will go up, and we can say good bye to our art studio.
But of course, I would rather be displaced and have animals treated humanely. It is hard to say, however, if another slaughterhouse out in the burbs will be any more humane.

MILWAUKEE — A virus never before seen in the U.S. has killed millions of baby pigs in less than a year, and with little known about how it spreads or how to stop it, it’s threatening pork production and pushing up prices by 10 percent or more.