Effective replacement or continuation thread for the
Who would you like to see win the 2016 US election?
thread.
[SIGPIC][/SIGPIC]W. K. Lis

People made fun of Toronto because of Rob Ford....
Death to Videodrome! Long live the new flesh!

A dossier making explosive — but unverified — allegations that the Russian government has been “cultivating, supporting and assisting” President-elect Donald Trump for years and gained compromising information about him has been circulating among elected officials, intelligence agents, and journalists for weeks.

The dossier, which is a collection of memos written over a period of months, includes specific, unverified, and potentially unverifiable allegations of contact between Trump aides and Russian operatives, and graphic claims of sexual acts documented by the Russians. CNN reported Tuesday that a two-page synopsis of the report was given to President Obama and Trump.
Click to expand...

It is a pity that there is no way to link threads as the Donald Trump saga seems to be heading the way of the Rob Ford one. Rumours of scandal for years, denials, more official reports of scandal, more denials. We shall see! https://www.buzzfeed.com/kenbensing...es-to-russia?utm_term=.nxv0kzzwNX#.nmA9VZZavm
Last edited: Jan 11, 2017

Everybody in the IC saw this coming. The most amusing thing of course is how the MAGA crowd is being played like a marionette and cooing over Putin when he is the very antithesis of the ideals of the US Constitution.

Now, pivot it back to the Canadian context - how will we chart the path between a Russia that has designs on the arctic and a compromised US on an issue they have never really seen eye to eye with Canada (e.g. Northwest Passage) in the first place? We need to have much, much closer ties with Scandinavia. Perhaps we should start by buying the Gripen.

Piss and vinegar indeed. Not sure about the vinegar but according to the FBI/CIA document our Donald is interested in piss.

Perhaps they can finally get that light element working at TT upon this new err, "inspiration" #MAGA!

On a more serious note, an excellent piece by Mark McKinnon in the Globe:

tiffer24 said:
Ladies, now you know what the 45th President of the United States likes in a woman. You too can harness that same natural Russian liquid gold.

Order your new POTUS fragrance in time for the American inauguration...

Contemporary scents of sandalwood, fear and gallons of pee...

For those sensual Moscow nights when you're feeling a bit... treasonous.

In 1978, the Electoral College voted Annie Hall as Best Picture. 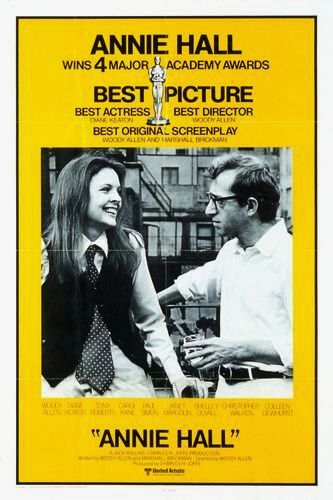 In 1978, Star Wars won the popularity vote, but didn't get the Oscar.

tiffer24 said:
As if they needed a setup beyond the "failing pile of garbage" that’s been the last few weeks of current events, Saturday Night Live took on President-elect Donald Trump’s controversial press conference last week — and unsubstantiated reports of his "big Russian pee-pee party" — for its first cold open of the new year.
Click to expand...

It was only a matter of time...

What he think of SNL is distracting sideshow from the real meat - his connections to Russia. All else is diversion. Having been through Rob Ford with his "bomb threats", "Dufferin bridge shutdown" we should know better.

tiffer24 said:
It's difficult to know what kind of "change" awaits all of us after January 20th.
Click to expand...

True,
But at least we have not been this optimistic in a decade.

Because the only barometer of "optimism" is some composite index of the stock market and survey data, both of which is as fickle as it gets?

And since you're at it, perhaps one can suggest just how that "optimism" can co-exist with a ballooning deficit that is surely unwise. Also note, from the piece itself:

The effect was far more positive than negative, but economic sentiment tends to be partisan, and that's never been more clear than in this month's poll.
Click to expand...

MOSCOW (AP) -- Putin says those who spread fake allegations about Trump are "worse than prostitutes"
Click to expand...

LOL, I suppose one needed Moscow to uphold the US Constitution. Let me correct that - people who spread allegations about Trump devalues and deleverages the information held by our side (and interesting how prostitutes get into the discussion). It's amusing to see that the MAGA crowd twist themselves into a knot when Putin comes out explicitly on where he stands regarding his interests in the outcome of the US election and they still fall for it. Reagan weeps.