can someone give me a context of how big this park is going to be? High park size? Bigger? Central park size? The park with the canoe near spadina size?

sixrings said:
can someone give me a context of how big this park is going to be? High park size? Bigger? Central park size? The park with the canoe near spadina size?
Click to expand...

I roughly Google Mapped the length of the park and it's about 850m. Didn't get the width though but from a rough eye estimation it might be a third of the length; around 240m in width I'm guessing.

Some shots of the current VMC from the air: 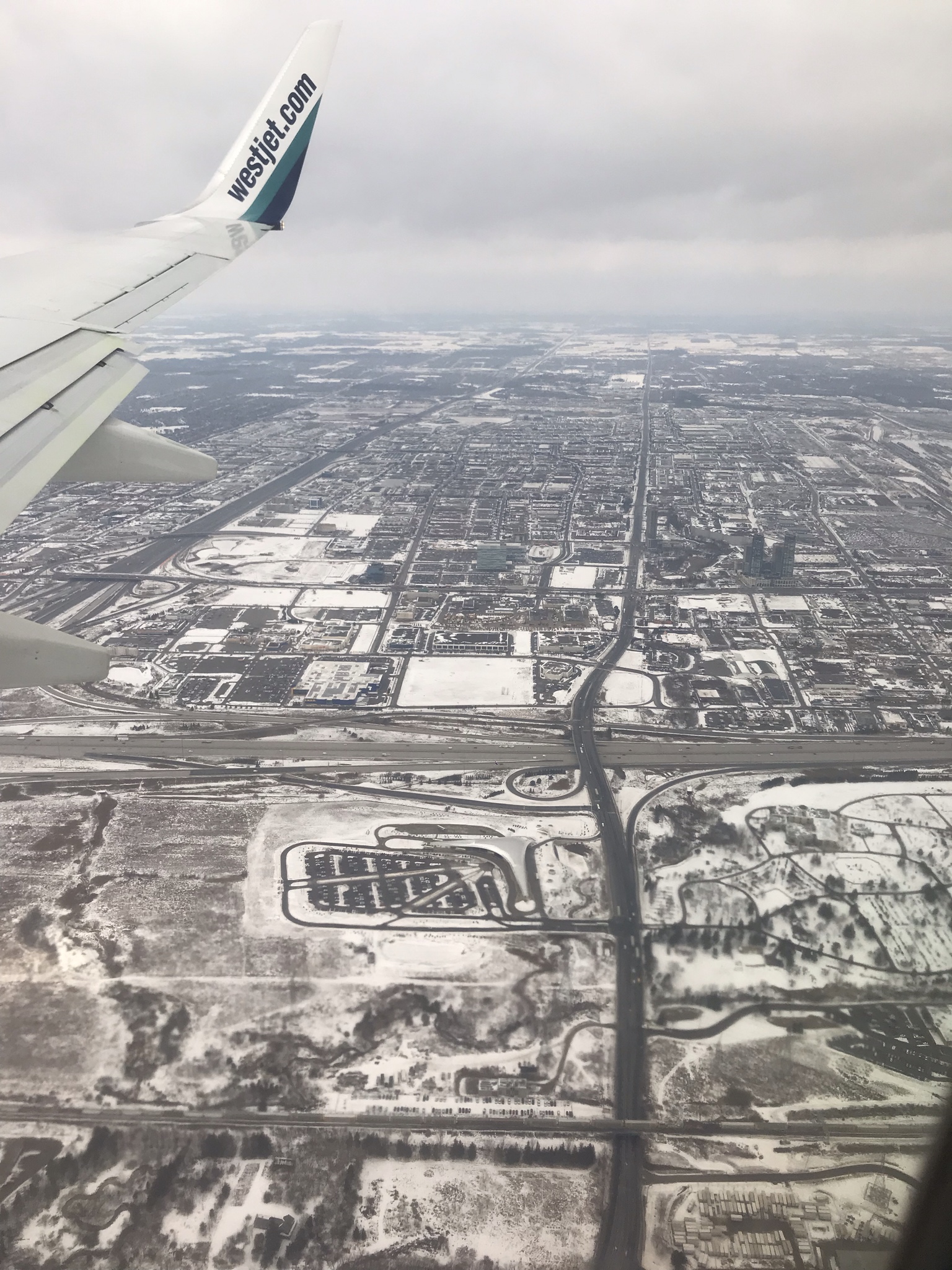 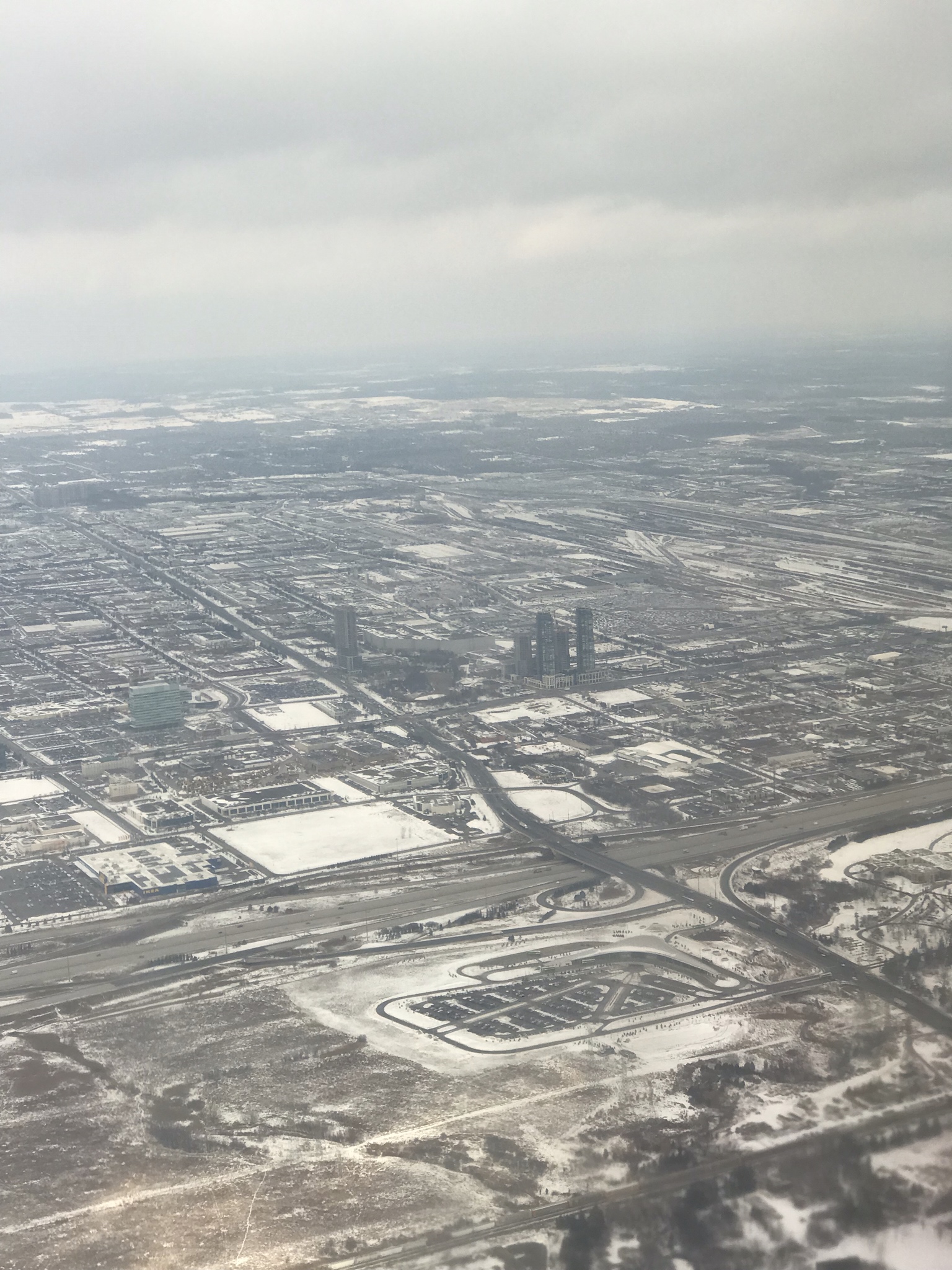 I know this is a pipe dream, but can we get something like the Hovenring over the intersections of Jane and 7? It would be a nice way to improve the pedestrian experience. Right now the area lacks a cohesive urban fabric and feels very disconnected because of the wide roads. This would stitch together the redeveloping blocks nicely. Also a solid landmark/show piece for Vaughan's future downtown. Photo from link. 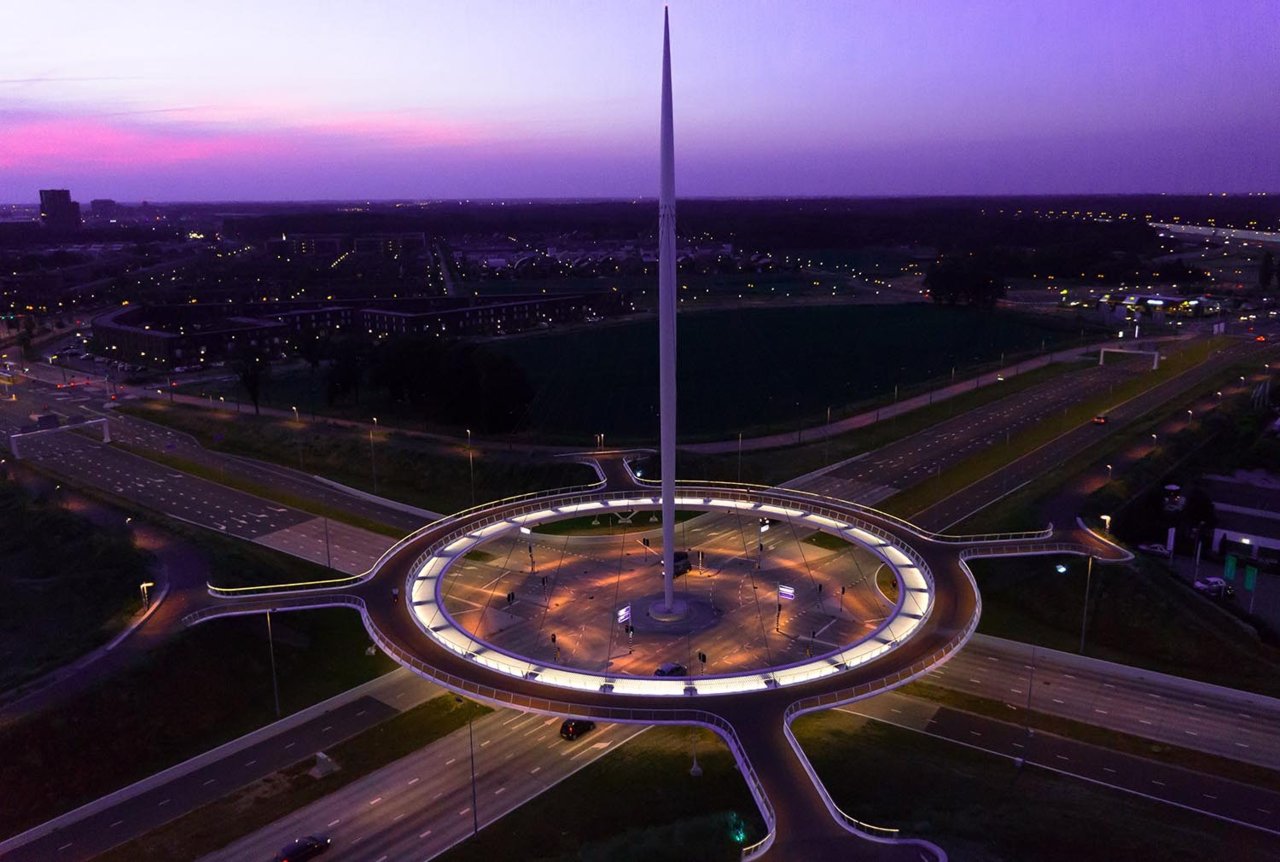 I never noticed until this afternoon how prominent the towers around downtown are becoming. What really strikes is there’s now a skyline of downtown Vaughan. While on VIVA heading to VMC, at the CN Macmillan Yard Bridge you truly experience the new skyline.

We have an emerging skyline now! Has sort of a Dubai-esque feel. 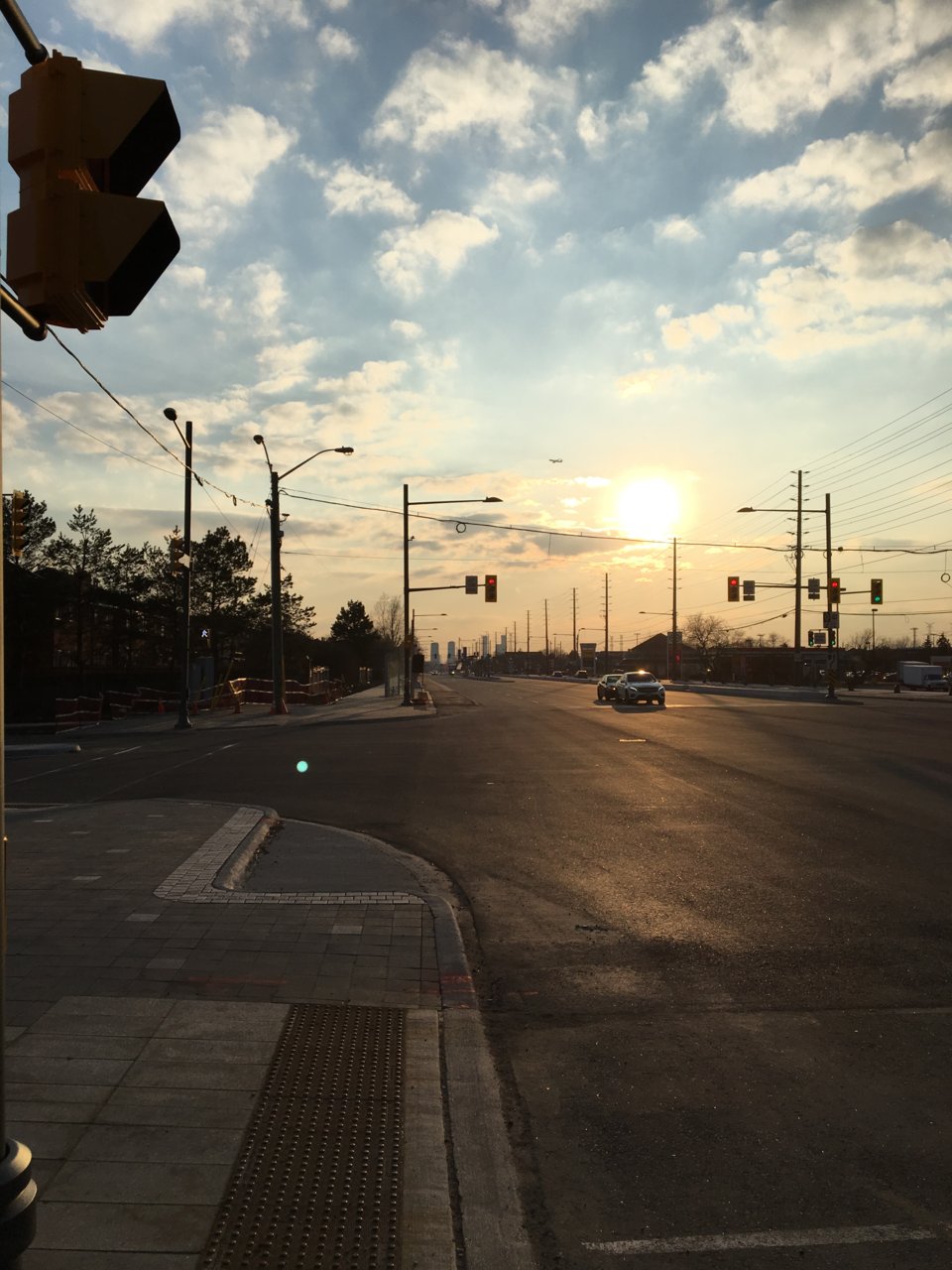 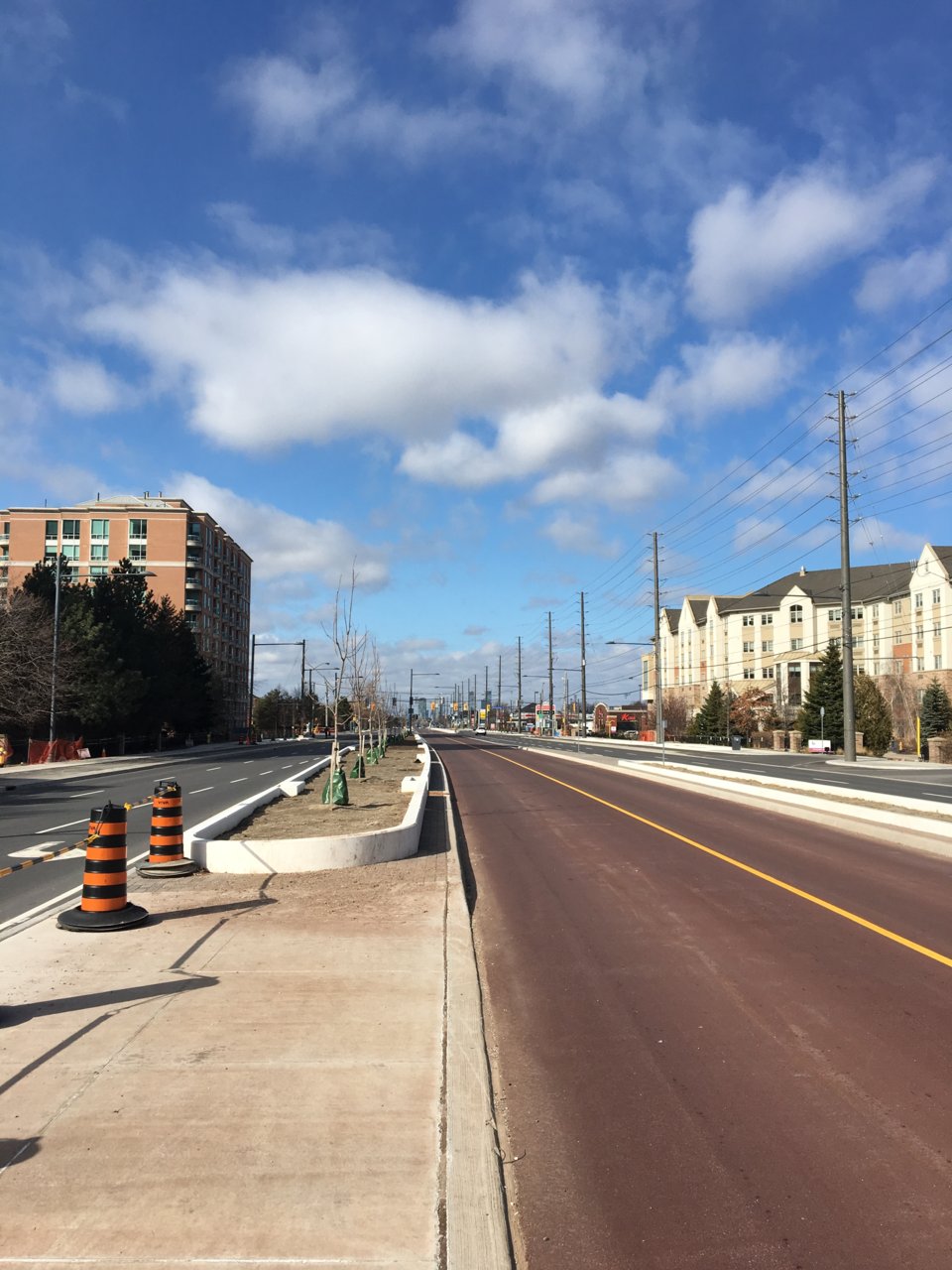 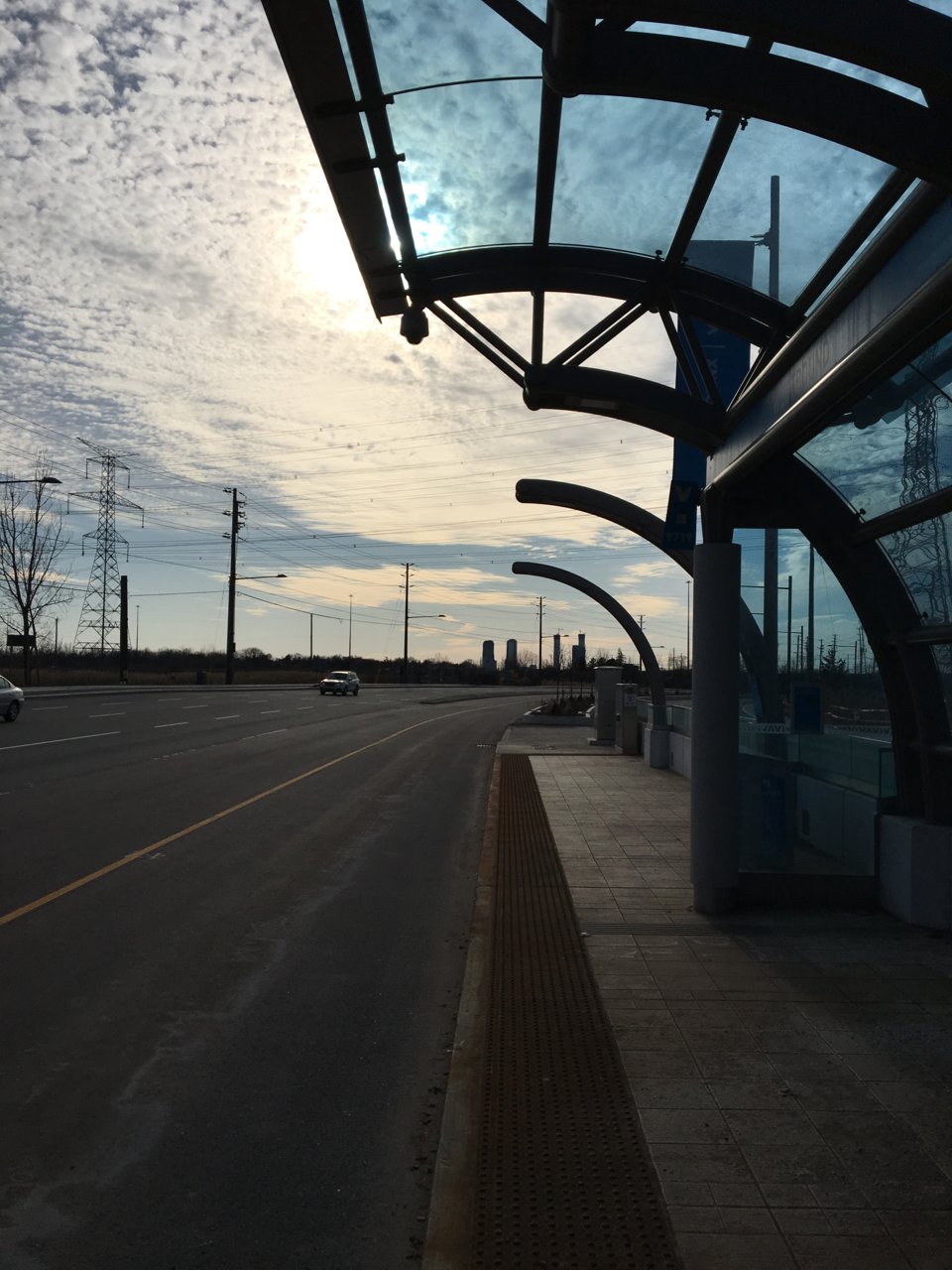 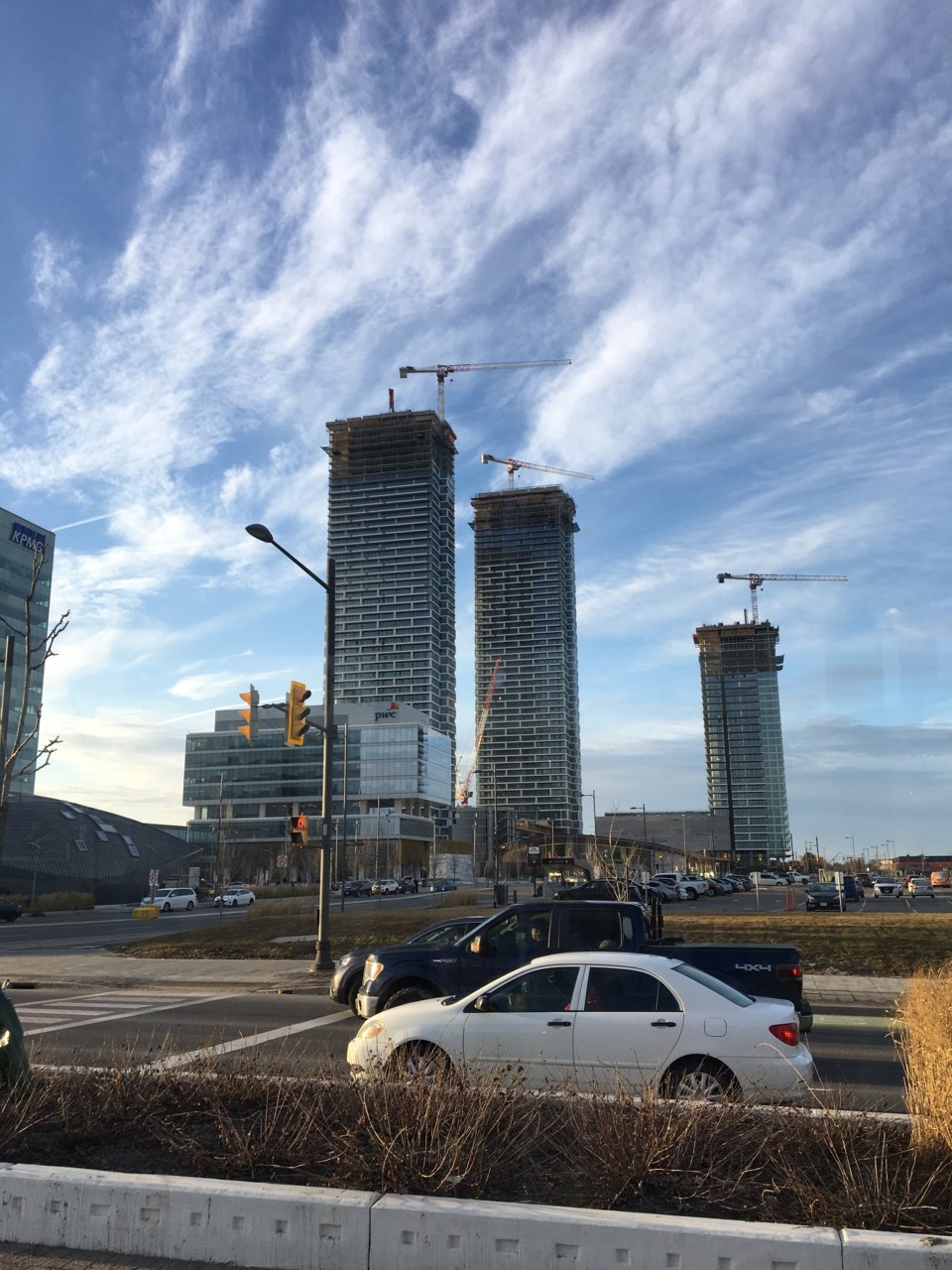 The VMC is four hundred acres, owned by various developers and commercial landowners. Much of it is covered in parking for a handful of big-box stores. The remainder is sparsely populated by warehouses and some squat office buildings, an abandoned movie theater and a yard for an earth-moving company. In one or two decades from now, when the development area is fully built, it will have the density and make-up of a small city: twenty-five thousand residences in towers of varying heights, commercial offices, institutional buildings, and park space.
Click to expand... 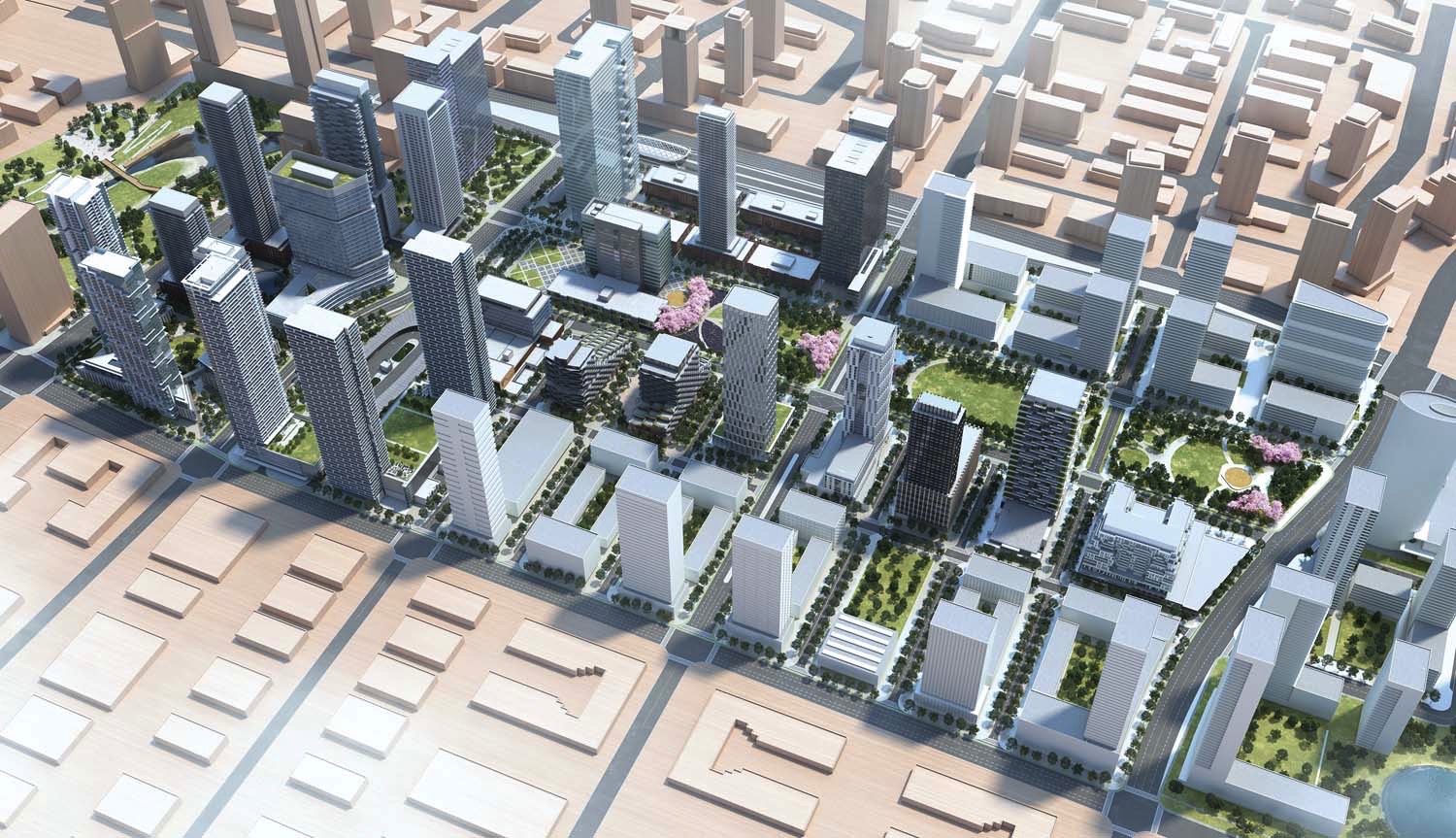 Green spaces knit together residential, commercial, and community buildings in the master plan for the 100-acre SmartVMC district.
Click to expand... 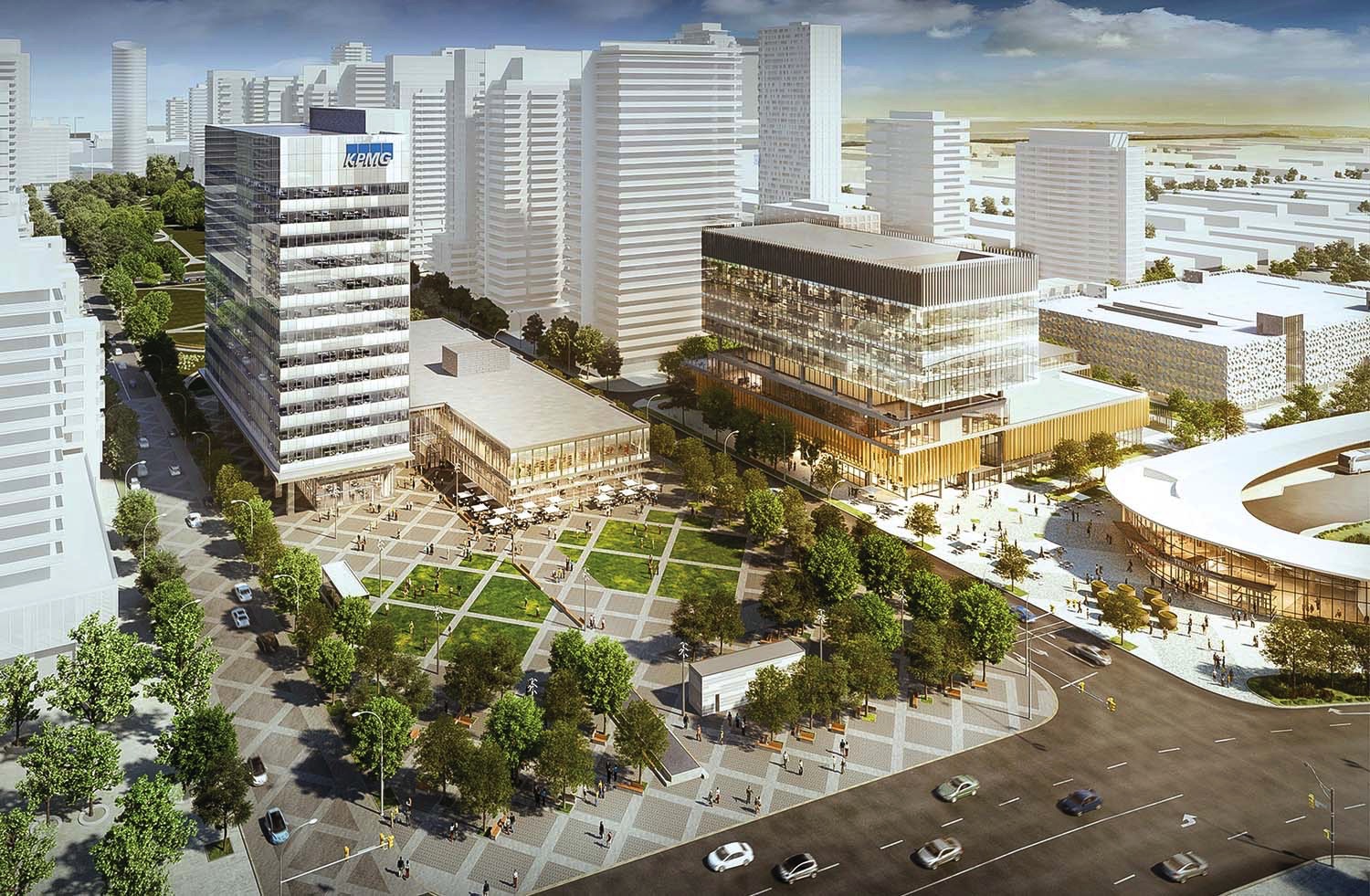 A paving pattern in the complete public square spills over into the adjacent street. The square connects three major transit hubs: the YRT Bus Terminal, at right, and the TTC subway along with a bus rapid transit stop, off the image to the left.
Click to expand...

A massive video wall, hanging in front of a six-storey parking garage, will display commissioned video art as part of the project’s public art commitment.
Click to expand... 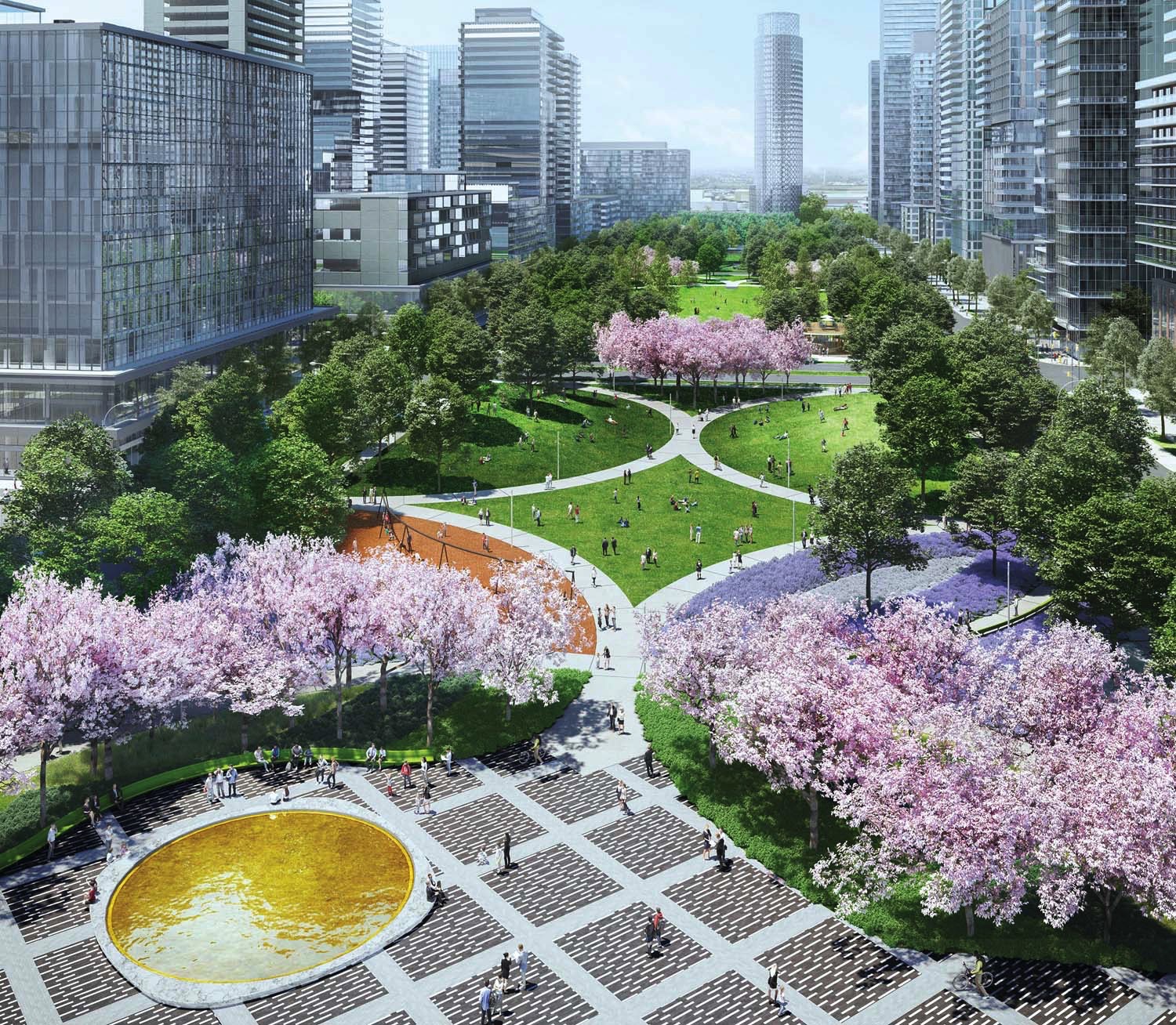 Designed by Claude Cormier + Associés, the proposed central park includes a grand sunken lawn to be used for large gatherings and sports, an open glade featuring a large fountain and oversized pergola, and a hilled area for outdoor movie screenings. Curved paths link together the different landscapes.
Click to expand...

That first rendering is new. Haven't seen it before.. Shows some updated thinking on how they are moving forward with development.

The large office block is still there south of Transit City 4, and is still likely their next phase. Looks like they are thinking of a 1+ million sf office block where the old future shop is today, too. 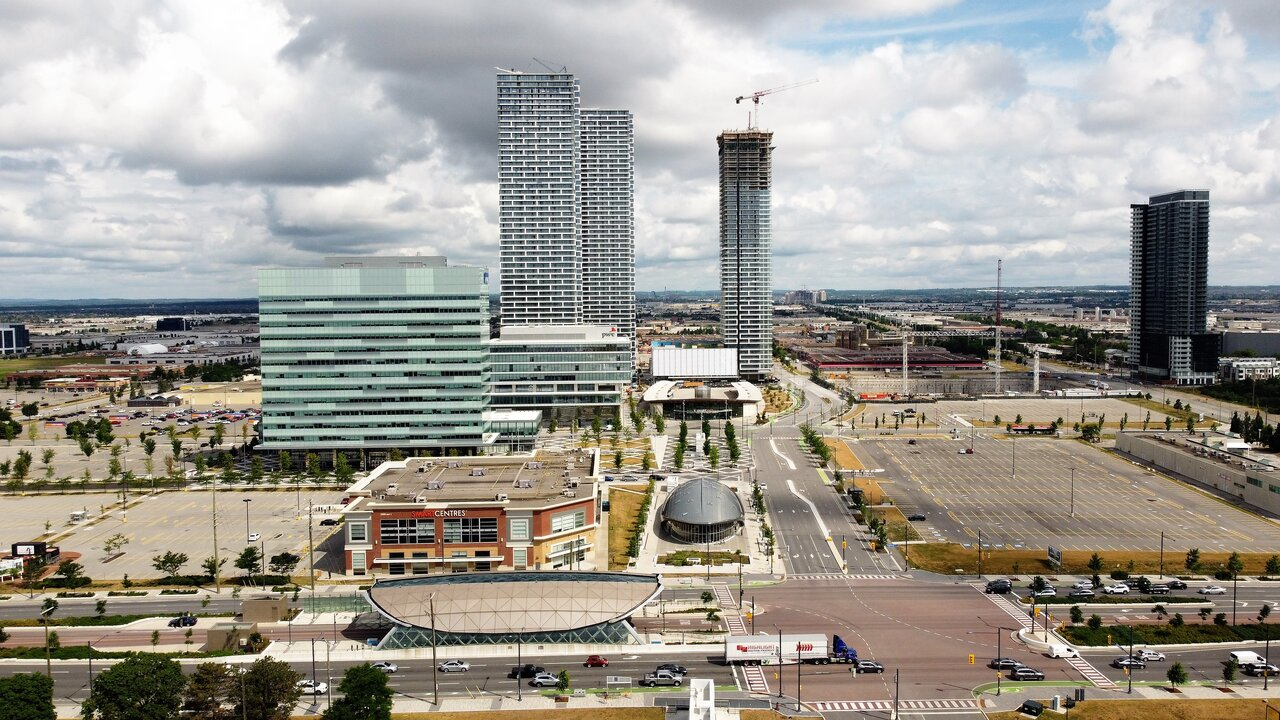 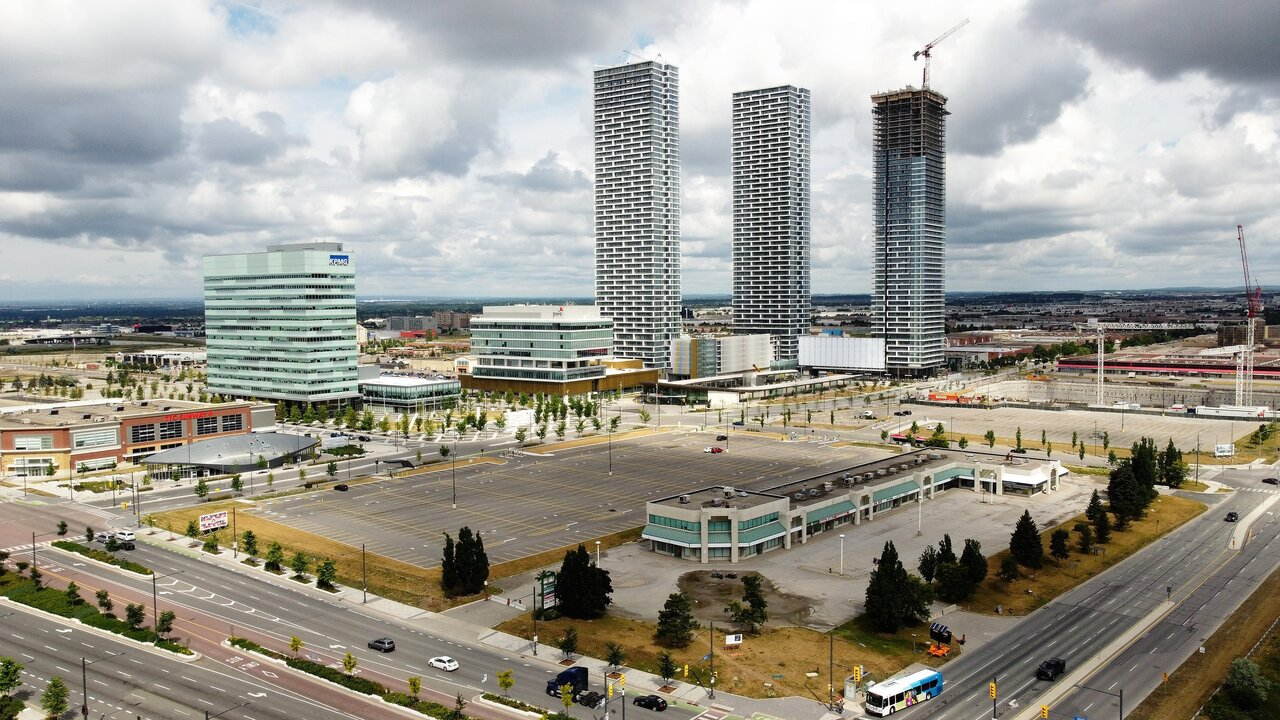 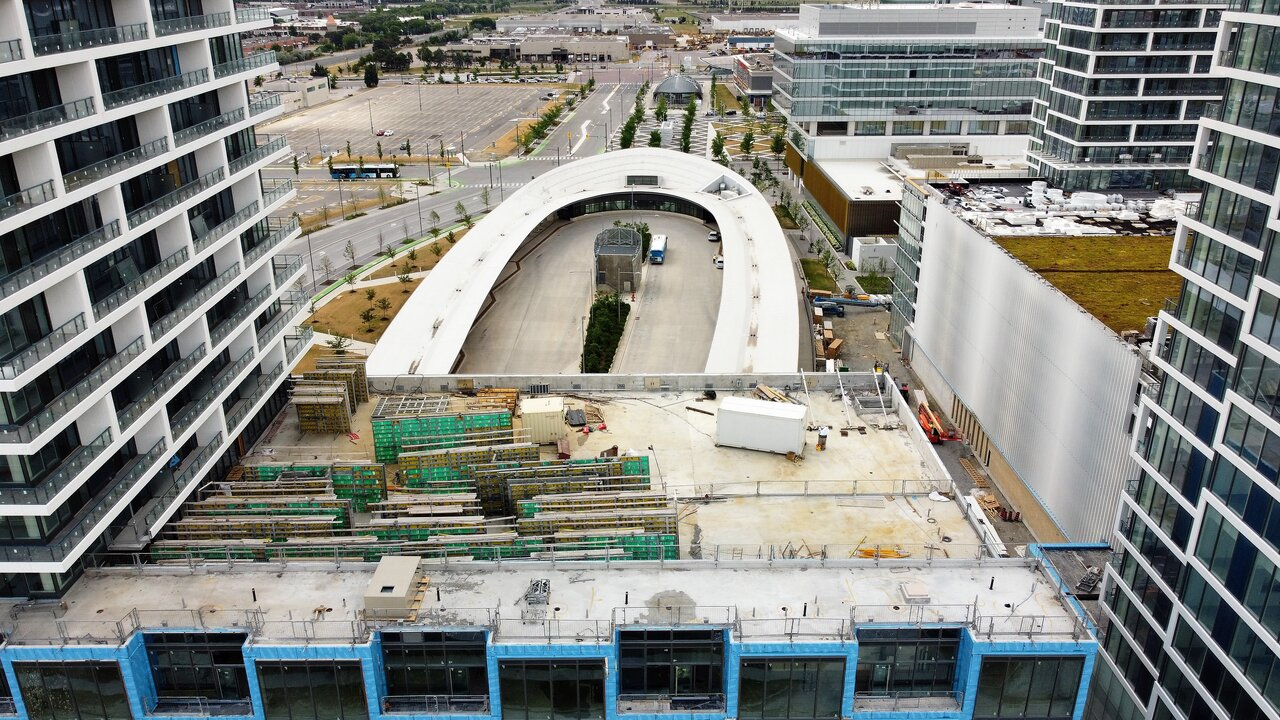 I hate how Jane Street *Still* doesn't have any sidewalks.

In case anyone wants a nice location to take pics of a growing skyline, along Steeles West between Founders Rd. and Keele is a great place! It really shows a cluster of the buildings and the height of them unobstructed.
V

Some skyline photos of the general area (never thought I would be able to say Vaughan has a skyline). I think all the current projects fit together quite nicely. Once all phases of Transit City are complete, the area around the subway station will probably feel more like a proper city centre with buildings masking out the more obvious features of suburbia. 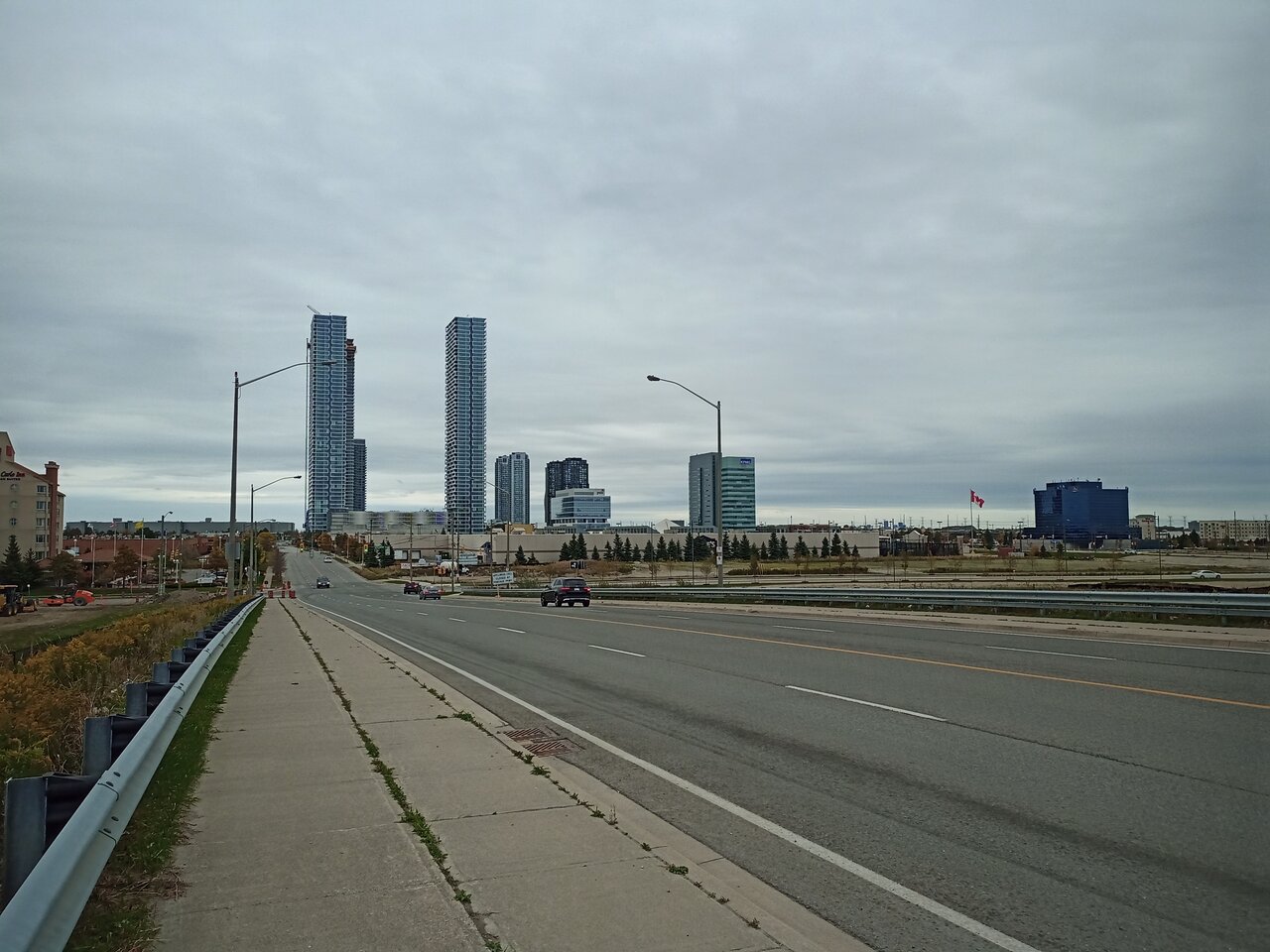 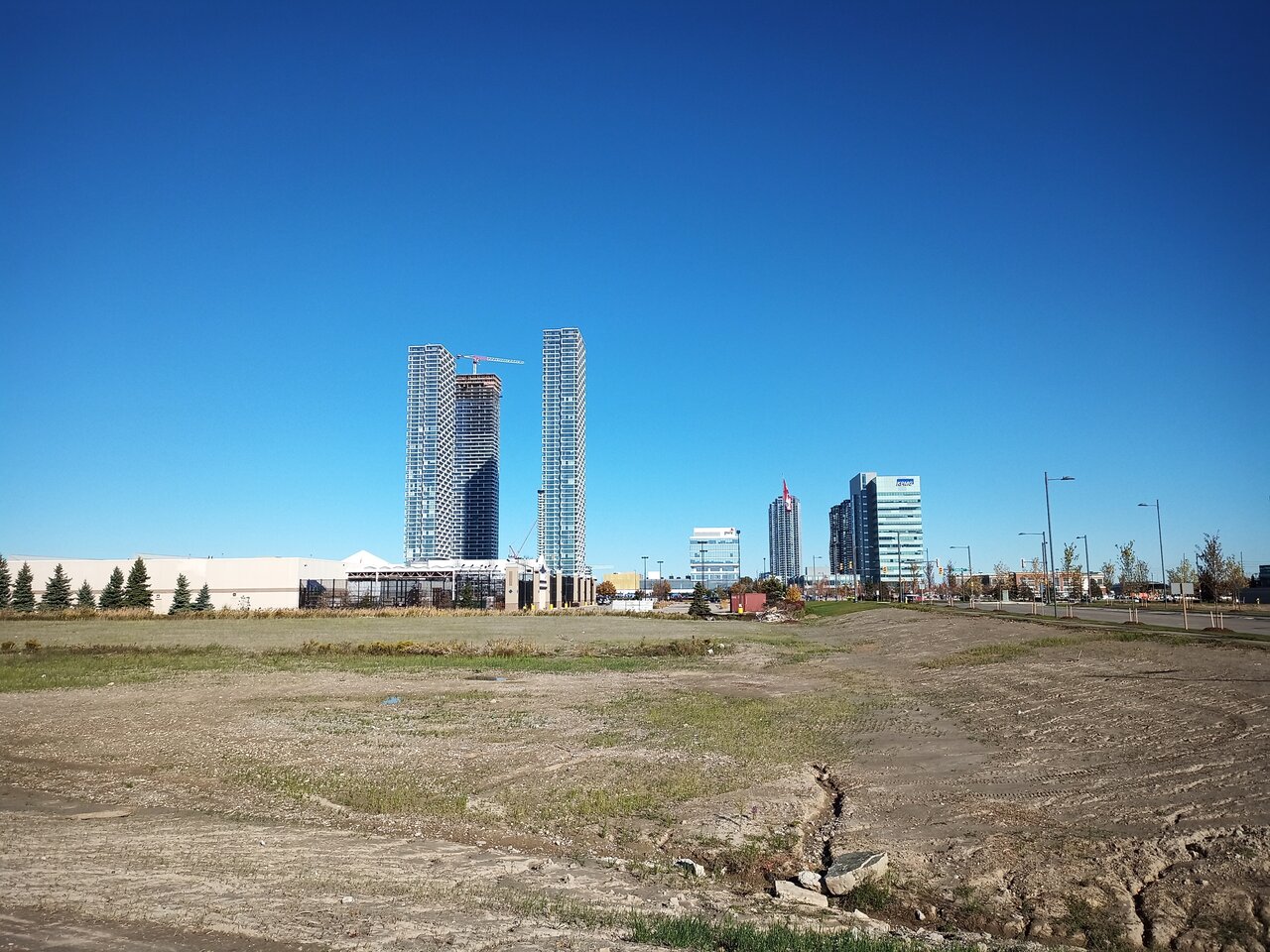 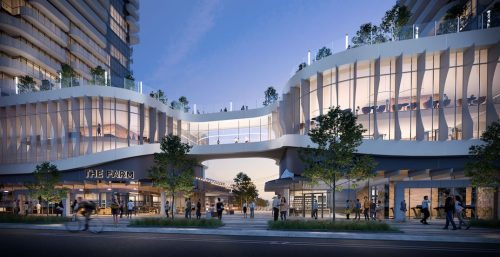 Vaughan getting massive development with schools, parks, and condos | Urbanized

The huge new development is part of a 75 acre site that will eventually include 25 condo towers plus townhomes making Vaughan a "cultural destination." 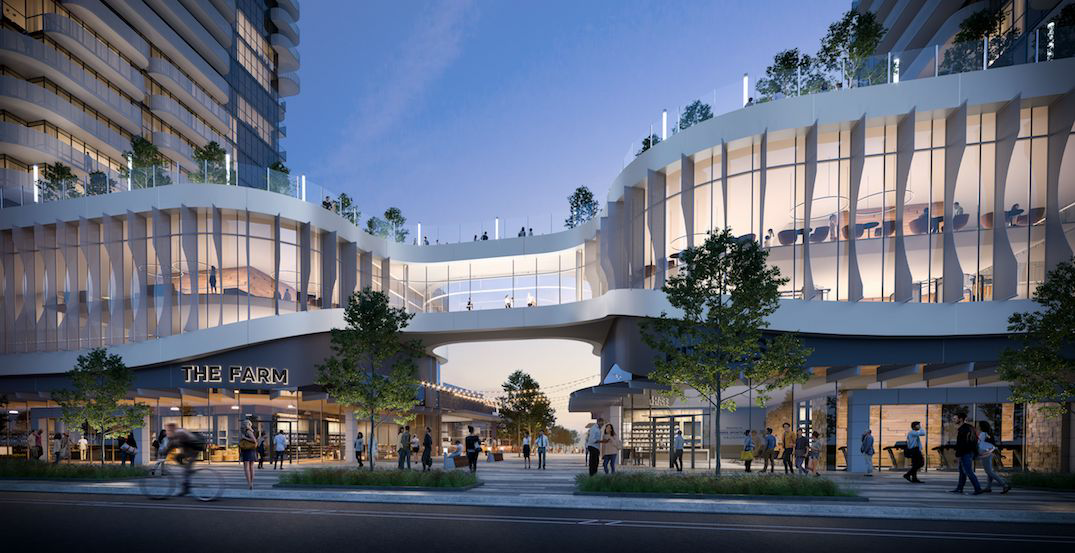 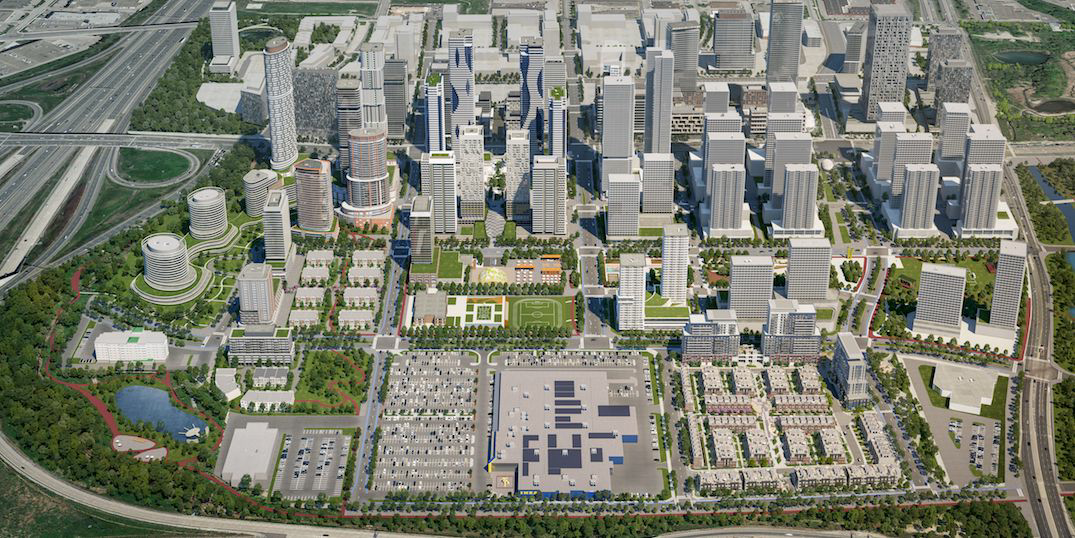