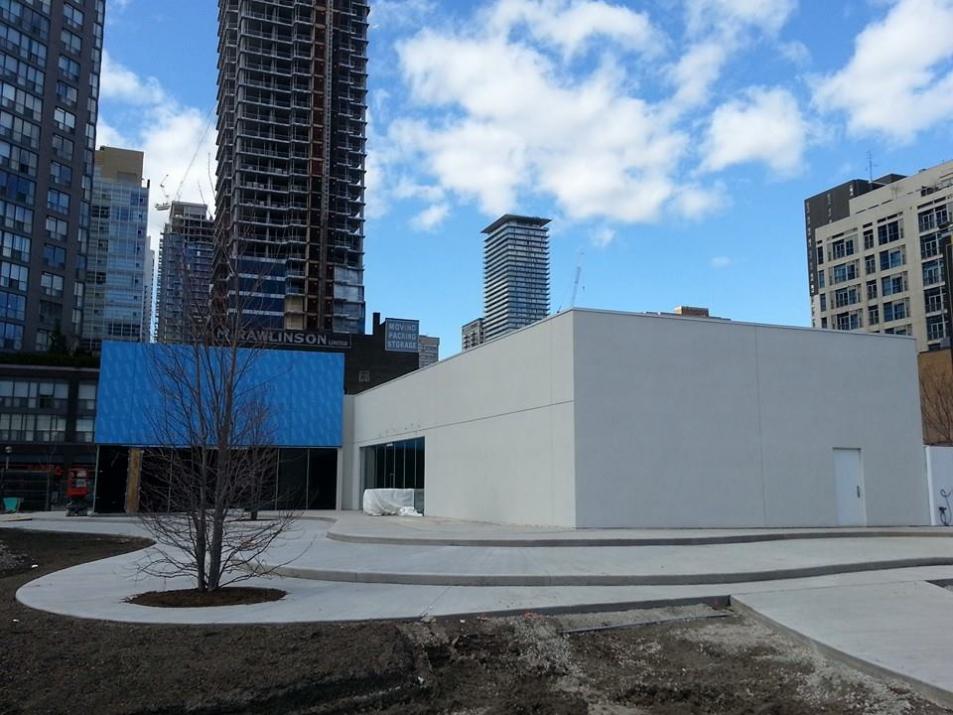 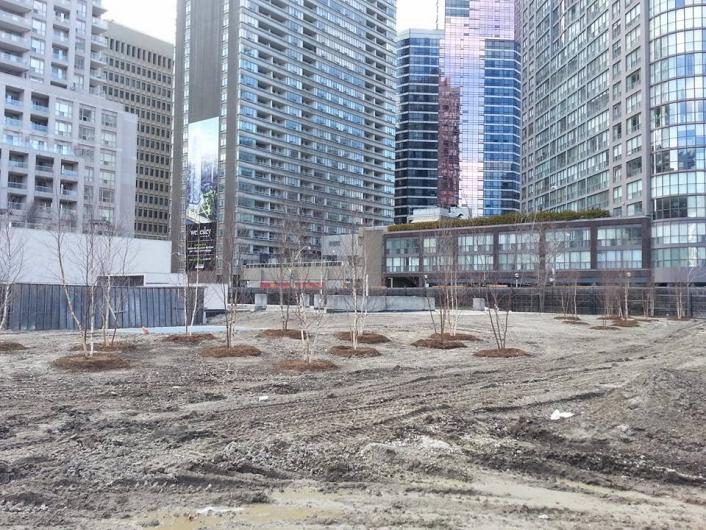 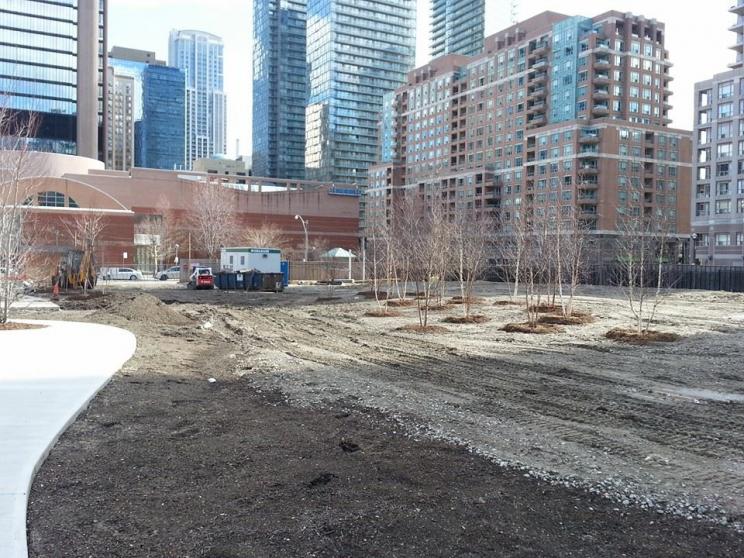 Condo George in cities that has to go the small route the units every inch is thought out design with that in mind,so small kitchens,reversible cabinets,hidden tables,murphy beds,etc,etc,I know I been to Madrid,Nagoya and Hong kong where small condos are everywhere and its design for small living areas.In Toronto its just a small room with a cheap regular kitchen and a small space where hopefully you have space to put in a pull out sofa bed and a small LED TV. 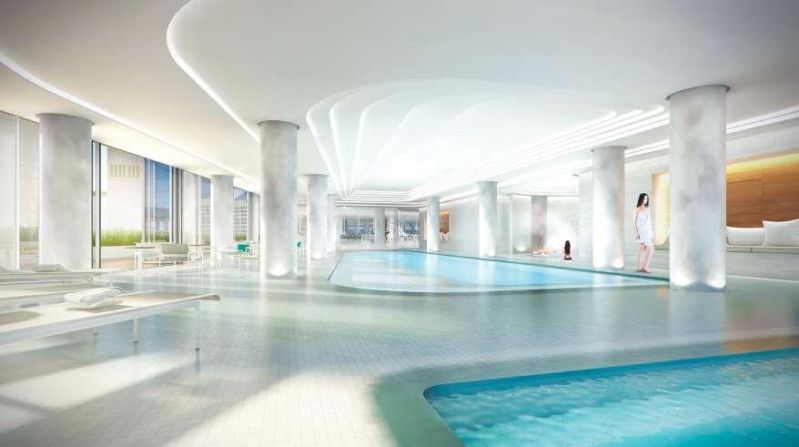 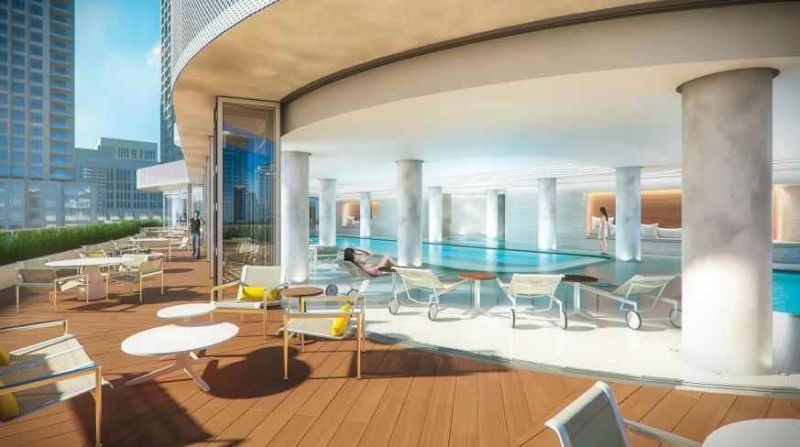 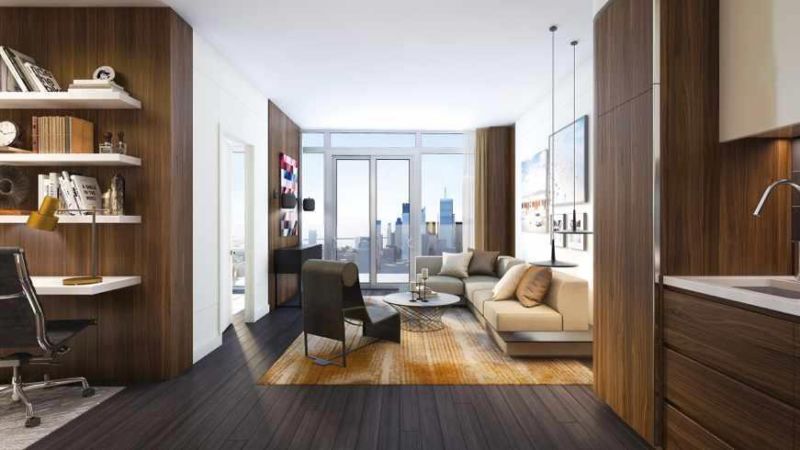 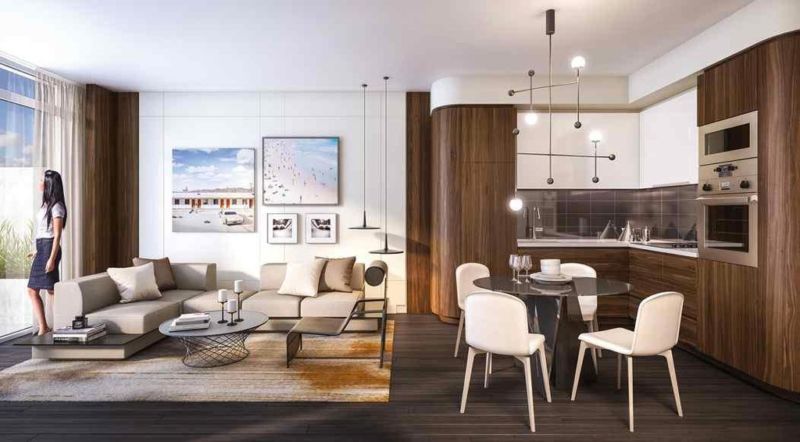 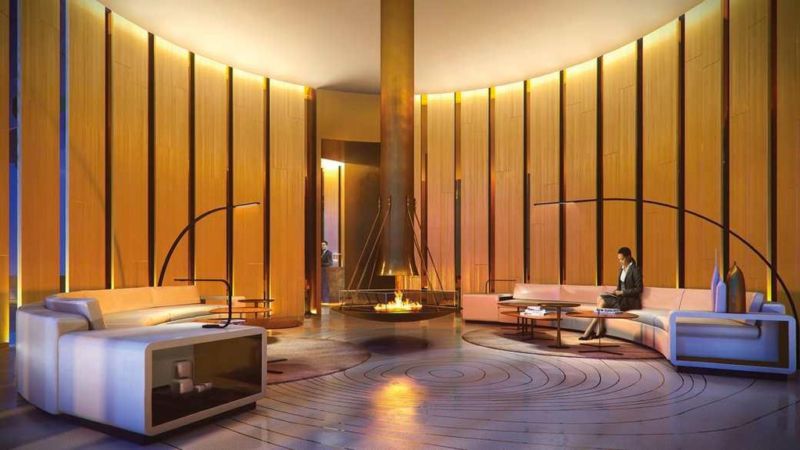 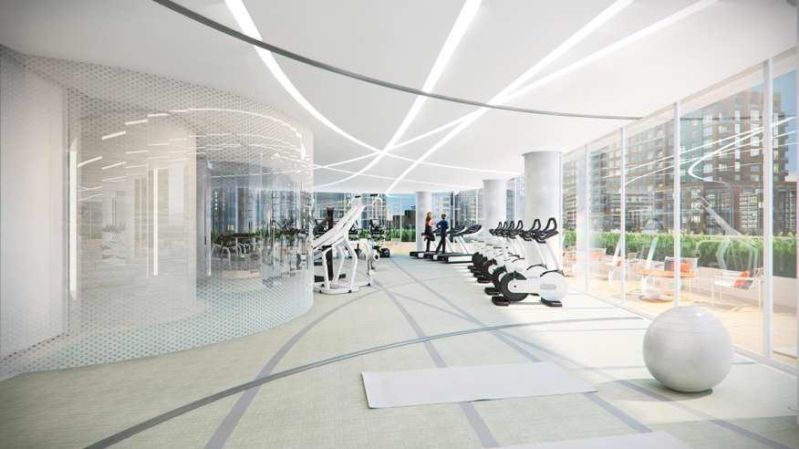 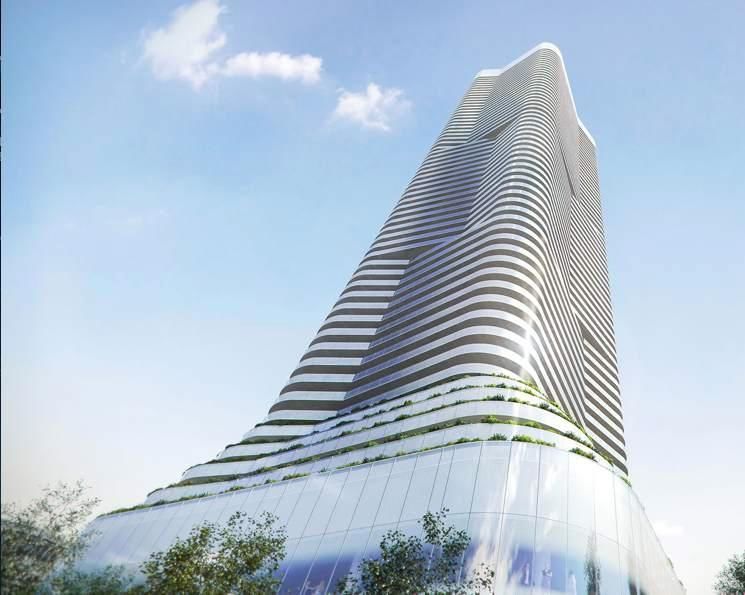 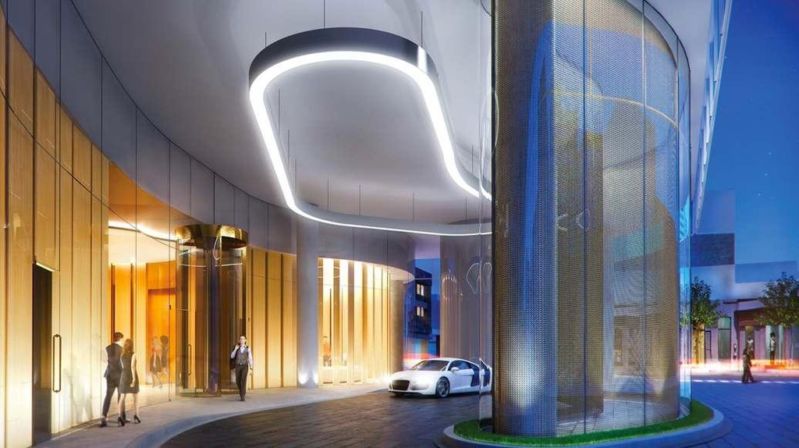 Sales office grand opening on May 15, hope to see David and Ed there.

Cultivating a park at 11 Wellesley


BEFORE: Standing where green space will be created at 11 Wellesley on the Park are green space advocates city councillor Kristyn Wong-Tam, centre, and Rick Whitten-Stovall, president of the Bay Cloverhill Community Association, left, with Lanterra Developments chairman Mark Mandelbaum.


BEFORE: Standing where green space will be created at 11 Wellesley on the Park are green space advocates city councillor Kristyn Wong-Tam, centre, and Rick Whitten-Stovall, president of the Bay Cloverhill Community Association, left, with Lanterra Developments chairman Mark Mandelbaum.


A slender and curvaceous 60-storey condominium tower planned for a three-acre site just west of the intersection at Yonge St., 11 Wellesley promises to be a big seller, given its prime downtown location and trendy design aesthetic. (Suites starting at $199,900.)


But it’s not the sales prospects that have Mandelbaum seeing green at 11 Wellesley on the Park. The development will include a 1.6-acre public park, a badly needed and long-pushed-for addition to a densely populated community that suffers from a lack of green space.


“Rarely do you have the opportunity to work on a piece of land that’s so significant, in such a significant location, with the added advantage of having it become part of the public realm,” notes Mandelbaum, chairman of Lanterra Developments.


The park will take up more than two-thirds of the 11 Wellesley site, with the condo tower situated at the northeast corner of the property, yielding as much land as possible for green space. Previous plans for 11 Wellesley — once owned by the province, whose intentions were to build a ballet and opera house there but ultimately sold the vacant land to Lanterra several years ago — contemplated a multi-tower project with up to 1,000 units and a parkette.


Lanterra’s plan now for 11 Wellesley consolidates 742 units into a single tower located at the top corner of the property, creating more room for sunlight as well as a larger urban park, which will be designed in consultation with the community. (Meantime the developer has created park renderings, to provide “an idea of what is possible with this size of land,” Mandelbaum says.)


“We’re pretty happy,” says Rick Whitten-Stovall, president of the Bay Cloverhill Community Association, who recalls taking part in a march from Queen’s Park to the empty 11 Wellesley site several years ago in an unsuccessful effort to convince the province to sell the land for use as green space. “There’s been a warm reception (in the community) to the idea that the park is finally going to really happen now.”


The curvy, dynamic design of the 11 Wellesley condo tower — inspired by the tall vases of Finnish modern architect Alvar Aalto — is an architectural response to the park, notes Vladimir Losner, with Page + Steele/IBI Group Architects. KPMB served as the project’s design architect.


“It all came from the idea of having this fantastic public park all around the building,” says Losner, “and the idea that you don’t want a standard square box next to the park. You want something a bit more fluid.”


Losner notes that the building’s podium steps back every level from the ground up to the seventh floor, where it meets the tower. “So it’s like it’s growing organically from the park.” The contouring of the tower will allow for large terraces with park views, and for the maximum amount of light to reach the park.


“The building (is shaped at) an angle that opens toward the park,” Losner adds. “So the park is visible, it’s accessible and it’s light.”


Suites at 11 Wellesley range from 300-square-foot studios to 878-square-foot, two-bedroom-plus-dens. The units, designed by Munge Leung, will have engineered hardwood flooring, stacked washer/dryer and kitchens with stainless steel appliances and granite countertops.


Building amenities include a fourth-floor fitness centre, yoga studio, indoor pool and hot tub, and spa with sauna and steam room. Plans for the fifth floor include a party room with kitchen and outdoor terrace with barbecues. As well, the building will have a 24-hour concierge, pet spa and bike storage lockers. Shops, cafes and restaurants with patios will be located along the base of the building facing the park. Office and commercial space is planned for the second and third floors.


The park plan for 11 Wellesley has been welcomed by the community, which has long lobbied for the site — vacant nearly 20 years while it hung in limbo — to be turned into green space.


Ward 27 councillor Kristyn Wong-Tam had campaigned for the City of Toronto to purchase the land from the province and make it a downtown park, before the site was sold to Lanterra. “So, after several years of lobbying and advocacy, trying to work with the province . . . ironically now we’re working with the private sector to make (the park) happen,” she says. Wong-Tam acknowledges that, as the representative of a ward “that is extremely park deficient, with the lowest deficiency (of parkland) per capita,” she ideally would have liked to see the entire site turned into green space that the community had originally envisioned. “But we recognize that that conversation with the province is closed.”


In setting aside space at the 11 Wellelsey site for a park, Lanterra will be combining its parkland dedication requirements for three of its condo projects in the area, including a development at 501 Yonge St. and the redevelopment of the Sutton Place Hotel at Bay and Wellesley Sts. into The Britt Residences. (The city requires condo developers to either set aside a certain amount of property for parkland, or pay cash in lieu of this parkland dedication.)


There remains, though, a piece of the park-land at the 11 Wellesley site that the City of Toronto is negotiating to buy. It will be part of the park the developer has planned. Wong-Tam notes the deal is pending a final agreement with Lanterra on price and city council’s approval of the deal.


“The city has always struggled with, ‘How do we ensure we have the social infrastructure to keep up with the pace of intensification that the provincial growth plan has stipulated?’ ” she says.


“That’s why I think this will be a significant win for the community, the city and for Lanterra, whose real estate holdings will now be in close proximity to or abutting a world-class urban park.”


11 Wellesley on the Park

Park setting taking shape at 11 Wellesley last night pic official opening. I am being told the soil has been seeded and we will have grass within 2 weeks. 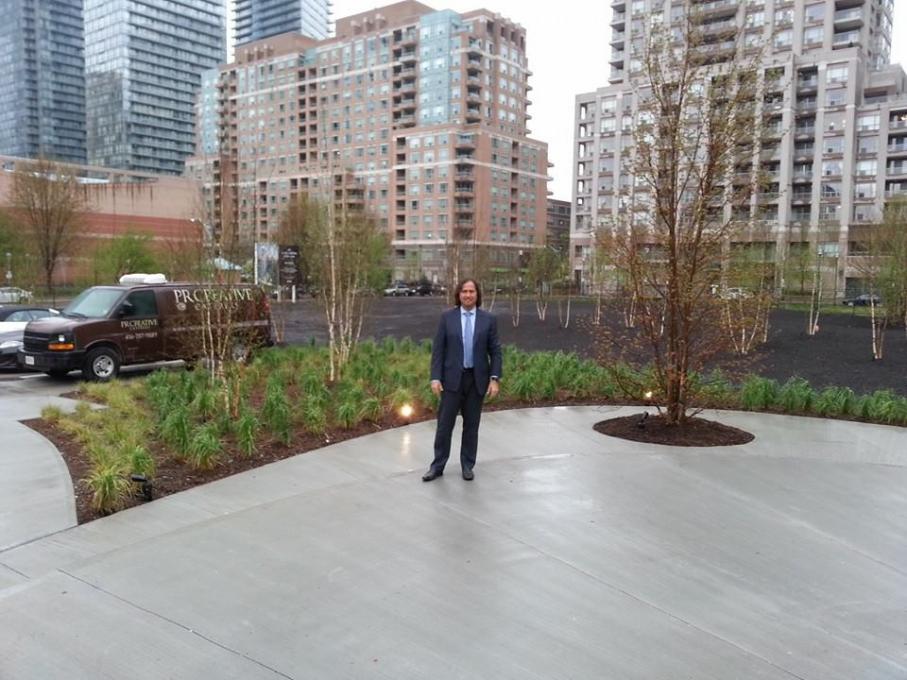 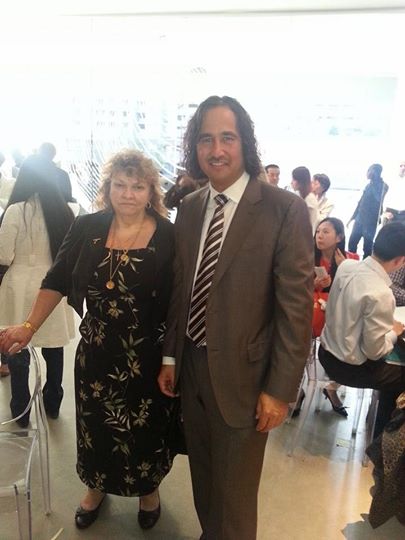 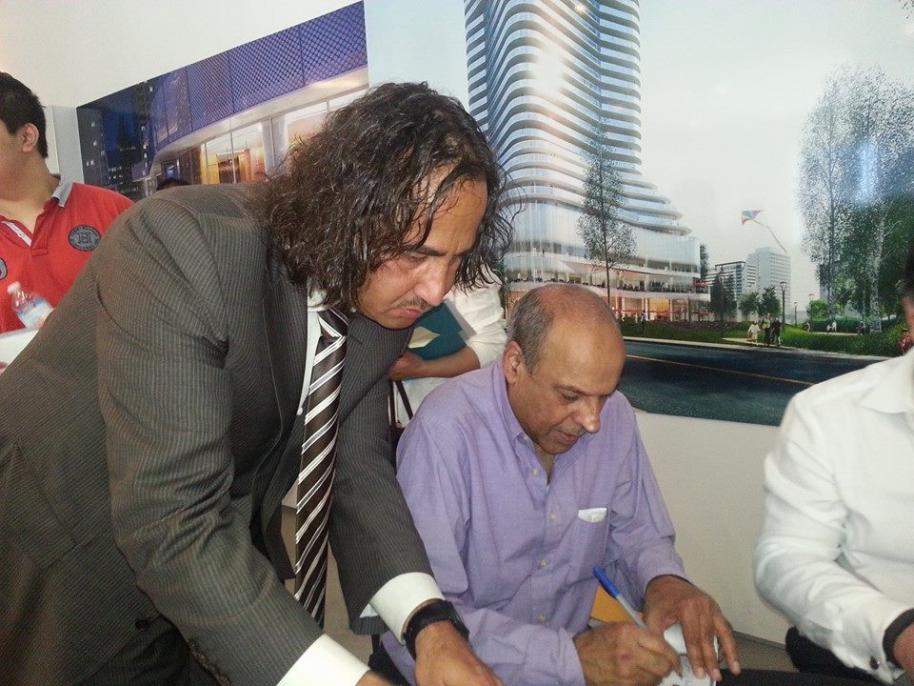 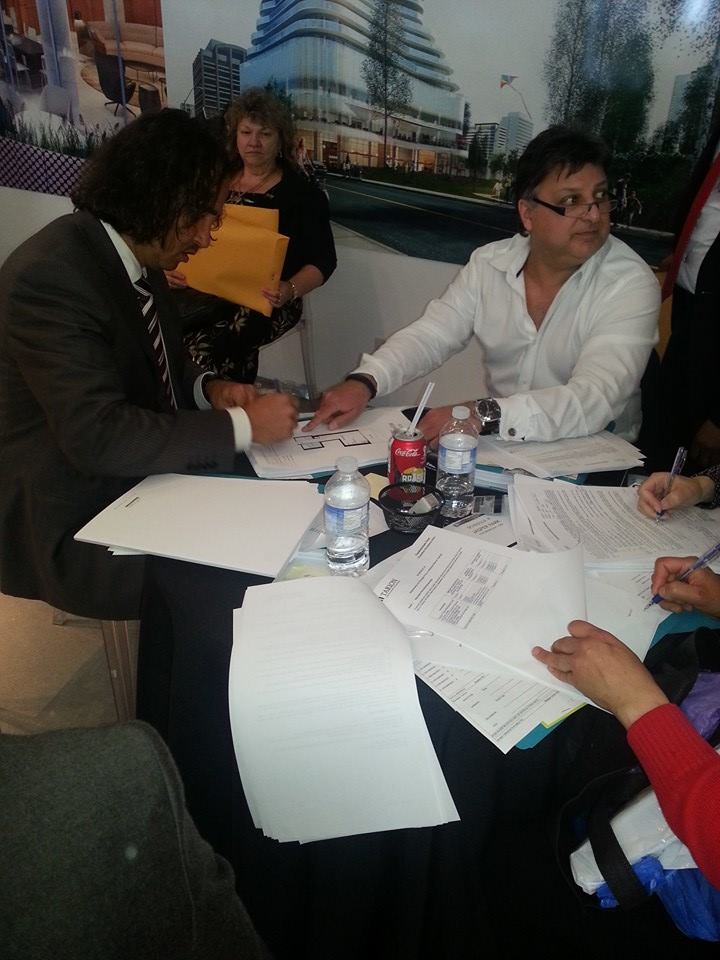 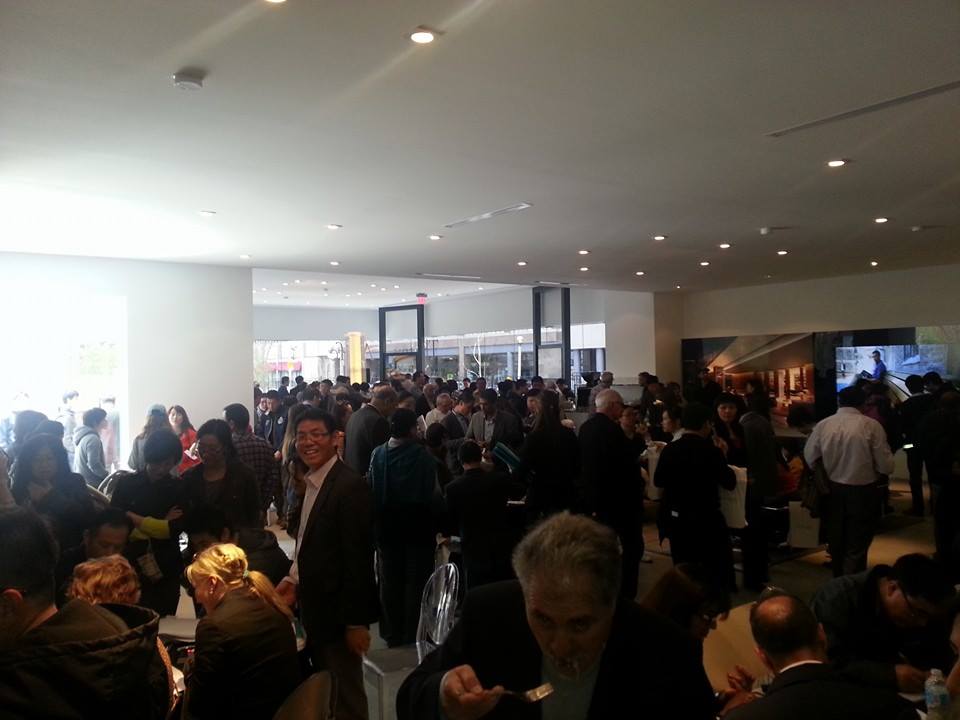 @Condo George Whats your prediction on how many units sold today? How many did you buy? lol

Podium terrace units released, rarely offered in core condos, some units up to 232 sq ft terrace! If interested please see for sale section, thanks for your support UT members.

pmilo said:
@Condo George Whats your prediction on how many units sold today? How many did you buy? lol
Click to expand...

^ ^ ^
mods, please delete the triplicate posts of the same thing in different threads !?! 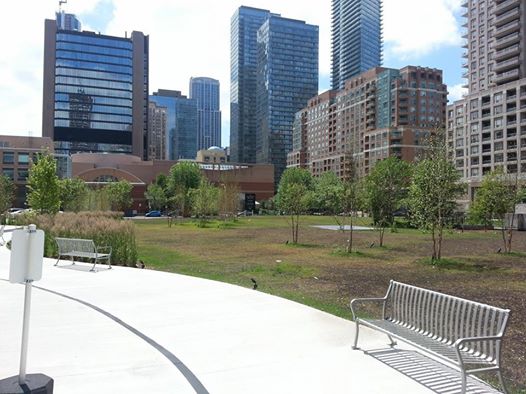