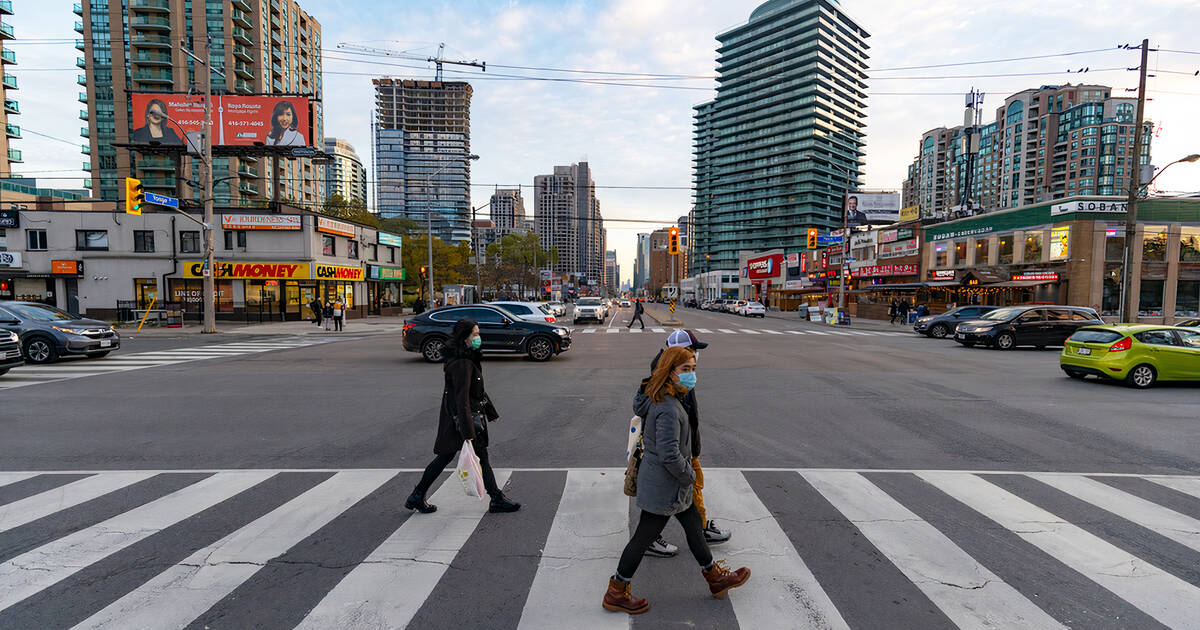 Despite the non-stop construction of generic new condo towers in its biggest city, Ontario has just been found to have the most drastic housing sup...

If you look how far behind we are the rest of the country and other G7 nations, we are in a supply pit and that needs to be resolved. We need 650 000 more units today to get to the Canadian average from this article.
Click to expand...

Sorry, didn't see that you had already posted this report!

Undead said:
They may have more supply, yet there are property bubbles across much of the G7/G20...
Click to expand...

DirectionNorth said:
As bad as our situation?
Click to expand...

Aus, NZ, Germany and Sweden had extreme price growth as well, if I recall correctly. Israel and South Korea have fairly hot markets too, particularly Israel.

New Zealand has a competent leader, and they're actually taking action.

Australia's economy is ours, with less water; hardly seems like an ideal model to follow. Real estate speculation, commodity speculation, foreign students at diploma mills, it's like Southern Canada (or we're Northern Australia depending on who you ask).

I looked it up - Sweden's housing prices outside of Stockholm are reasonable - compared to ours. It's also the first year of double digit increases ever.

South Korea is probably to be expected, and it ticks the boxes for EXPENSIVE HOUSING MARKET. Giant metropolis? Check. Most land is unbuildable? Check. Lots of apartments already? Check.

Our lack of action would be more excusable if the solution wasn't so easy. (I'm accusing politicians, not you, to be clear)

Alas, it is the Canadian way to point the finger at another country and say that they're doing worse than us, so we don't need to do anything ...
DirectionNorth YouTube Channel
C

This draft report sounds like a scorcher. Lots of good supply-side ideas there. That said, I suspect the final report will be watered down and I think it’s unlikely the OPC will do anything before the election. Minister Steve Clark sounded ambivalent about upzoning in media comments yesterday.

I’ve all but given up hope for any level of government making hard decisions on this file. In Canada reports, inquiries and commissions are where ideas go to die.
Last edited: Jan 20, 2022
N

This draft report sounds like a scorcher. Lots of good supply-side ideas there. That said, I suspect the final report will be watered down and I think it’s unlikely the OPC will do anything before the election. Minister Steve Clark sounded ambivalent about upzoning in media comments yesterday.

I’ve all but given up hope for any level of government making hard decisions on this file.
Click to expand...

I think you'll see something.

Why bother convening a panel, relatively close to an election, delivering a result on the cusp of one, only to shrug and do nothing?

I don't think we'll see the farthest reaching stuff; and I'm probably fine w/that ( I would need to read the actual report to say something more useful).

But I can see fairly easy ways to use the report to justify doing 'something'; while doing less than what it recommends and using that as a shield against the NIMBY types.

What if you do the 4-floor as-of-right thing but limit it to arterial roads?

What if you exempt from SPAs but only if the height is within 1s of what's currently allowed?

I think there's lots of room here for positive change.

I have no particular faith in this government; but broken clocks are right twice a day.
An environmentally conscientious, libertarian inclined, fiscally conservative, socialist.
A

Why bother convening a panel, relatively close to an election, delivering a result on the cusp of one, only to shrug and do nothing?
Click to expand...

You make some very good points. I think we’ll only see minimal changes, and all in the process front, but nothing substantial. My take on what’s likely to happen:
I doubt the government will touch zoning. It’s an easy lightning-rod issue; everyone’s a NIMBY regardless of party. I just wish all parties could work together on some substantial zoning changes - it’s clear Ontario needs it.

Broadly, not yet having seen all of the recommendations; I am, of course, supportive of the thrust of greater flexbility/as-of-right zoning, simplified processes, and lower fees.

That said, this jumps out at me:

This even manages to get the NDP up in arms, and I can understand why.

The simple fact here is that such a move would impact low-income residents in low-income areas and stifle their voice even in the most justifiable cases; while at the same time, being no material
object to an affluent rate-payers group.

Its obnoxious and it reeks of 'Justice for the Rich, only'

Clearly, there are NIMBY appeals that waste everyone's time, but the ways to address that through as-of-right zoning and other actions which remove grounds for appeal; not setting a financial barrier that impacts low-income earners disproportionately.

There is also the matter of putting in the necessary $$ to expedite the appeals process, as there is no reason an appeal of a Council decision shouldn't be able to be heard within 90 days of filing. Under-resourcing the OLT such that it takes upwards of 2 years is not the fault of a reasonable objector/appellant, its the fault of the state.

Northern Light said:
Got to bring that forward.

Its a pair of Tweets from Prof. Mike Moffat who has spent no small amount of time looking at the housing file.
Click to expand...

evandyk said:
Report is out!

Thanks for the link to the actual report.

I saw this article from The Star on it earlier today: The company in charge of provincial forecasts says the forecasts were in line with the data available at the time.

And posted that, some excerpts from that; and some of my thoughts, in this thread:

Population of Toronto (Including Census Counts)

New projections out via the Ontario Population Projection to 2046. https://www.fin.gov.on.ca/en/economy/demographics/projections/ They have a number for the GTA, excluding Hamilton, of 10.2M in 2046 If you assumed that the rest of the numbers in the chart above flatlined from 2041 (there is...

I had wanted to add the report link at the time, but went to the BILD site looking for it w/o luck. '
An environmentally conscientious, libertarian inclined, fiscally conservative, socialist.
A

That’s not the report commissioned by the government, is it?
N

allengeorge said:
That’s not the report commissioned by the government, is it?
Click to expand...

This was for BILD