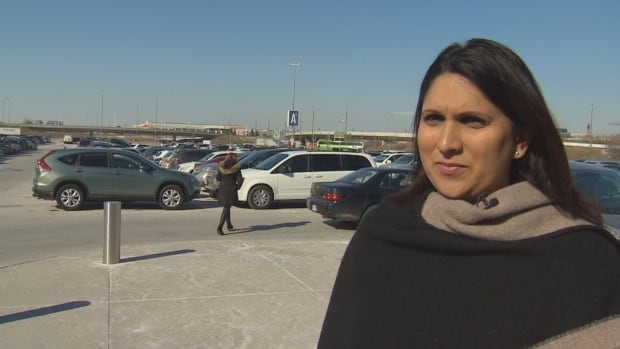 The city is launching a study aimed at relieving one of Toronto's most notorious traffic headaches — the roadways around Yorkdale Shopping Centre.

Those residents have a right to be fearful about the substantial development slated to take place around the mall; this area will become a full fledged traffic zoo the day that mass development takes over for the parking lots at Yorkdale. Especially since there's no scheduled transit improvements in the pipeline for that area in the next 30-40 years.

Amare said:
Those residents have a right to be fearful about the substantial development slated to take place around the mall; this area will become a full fledged traffic zoo the day that mass development takes over for the parking lots at Yorkdale. Especially since there's no scheduled transit improvements in the pipeline for that area in the next 30-40 years.
Click to expand... See The Underground World of Tunnels Beneath Disney at link.

Services level, parking levels (plural), shopping level, and then the highrises above that. 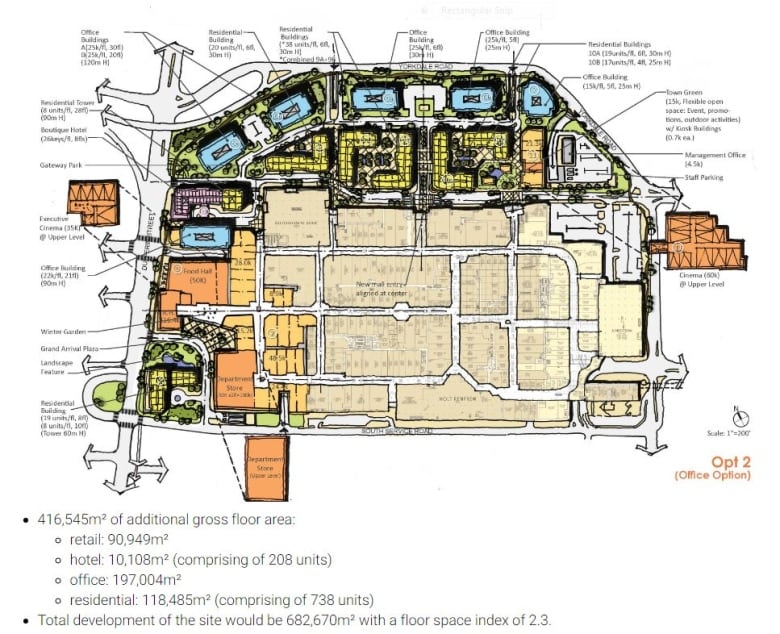 Well Holliday inn is turning condos as well. I live near eglinton west and take the Allen/Dufferin frequently because there isn’t a Bathurst exit on the eastbound 401 so I will be impacted by the added cars. But the way I look at it is that density is a good thing. If not here, where? Every area can complain that more density will bring more traffic. Of course that is true but this area does have a subway so it's better than many areas in that way. Theoretically if you live here you can work downtown via subway and shop all night without moving a car.

sixrings said:
Can you cut and paste the article. It won't show up for some reason on my blackberry
Click to expand...

Yorkdale's massive parking lots to be transformed into new neighbourhood

The city is launching a study aimed at relieving one of Toronto's most notorious traffic headaches — the roadways around Yorkdale Shopping Centre.

The call for proposals wrapped up on March 11. The winning company will be expected to "address vehicular and transit access constraints, and develop a set of design solutions for improving future access to Highway 401, Allen Road, Dufferin Street and Yorkdale Road," according to a brief from city planners.

But those planners have a much wider challenge in mind for whoever wins the contract. The study will also be helping to create the transportation network that serves a new neighbourhood to be built within the next 20 years on the mall's vast above ground parking lots to the north and west of the main retail buildings, according to senior city planner Guy Matthew.

"We recognize now that there is a lot of traffic in the area. There may be improvements from the mall to the 401, the on ramps and off ramps. So we'll be looking at all those types of things through the study."

But some of the mall's current neighbours are already sceptical about what the proposed new development will do to the area.

"It's close to irrational, the number of units they want to put right beside where we live."

City documents say the new neighbourhood will cover as much as 680,000 square metres, and include up to 1,500 residential units. All of those would be rentals, according to Matthew.

And Yorkdale vice president Claire Santamaria said the role the mall's neighbours will play in the planning process "is absolutely crucial."

Matthew said the city and Yorkdale's owners — the Oxford Property Group — are mulling over three options for the site. One is heavier on residential uses, another includes more office space than residential, and the third would see a larger shopping centre that expands into the north parking lot.

"We're not sure what the mix is going to be at this point, but the area will be densified and the needs of the community will dictate exactly how," Santamaria said.

"Transportation nodes and pedestrian nodes are going to be a focus for sure."

Senior city planner Guy Matthew says it will be 20 to 25 years before the planned new Yorkdale community comes to fruition. (Mehrdad Nazaahari/CBC)
All of the options also contain a hotel and green space. The current parking lots would be moved underground.

"It'll be a mixture of residential, and retail as well as publicly accessible open spaces, so courtyards, as well as a public park — that sort of thing," Matthew said. "And potentially a new road network.

"We're going to be looking at the community services and facilities that are currently there to determine what we may need."

The new neighbourhood has been in the works for several years. The city and Oxford have also been consulting with neighbourhood groups, and Matthew said a series of open houses should be getting off the ground within the next couple of months.

He said the city and Oxford have created a local residents' committee, to hear grievances and field suggestions about the new development.
S Blending of housing with retail on shopping mall sites makes sense given shortage of land in Toronto and changing consumer habits, experts say.

There's a lot of interesting stuff in this thread, but I'm just waiting for Arc en Ciel to make a comeback at Yorkdale subway station. Then, it'll be easier to focus on these developments.
O

The days are numbered for all surface parking lots in Toronto.
I wonder when the last one will disappear.

Obsidian said:
The days are numbered for all surface parking lots in Toronto.
I wonder when the last one will disappear.
Click to expand...

agreed. would love to see the parking lot at dufferin & norton ave (corso italia) be repositioned.

New docs regarding the redevelopment were posted January 14: 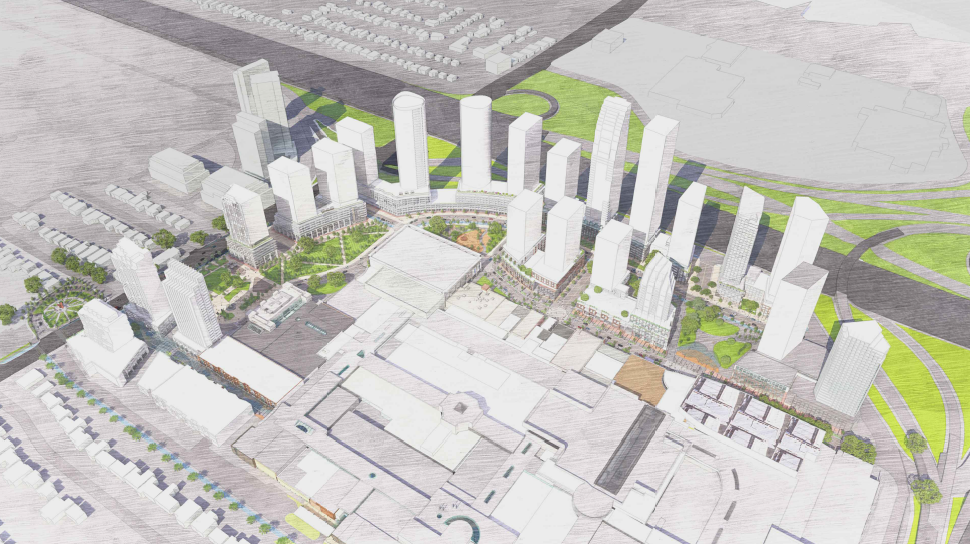 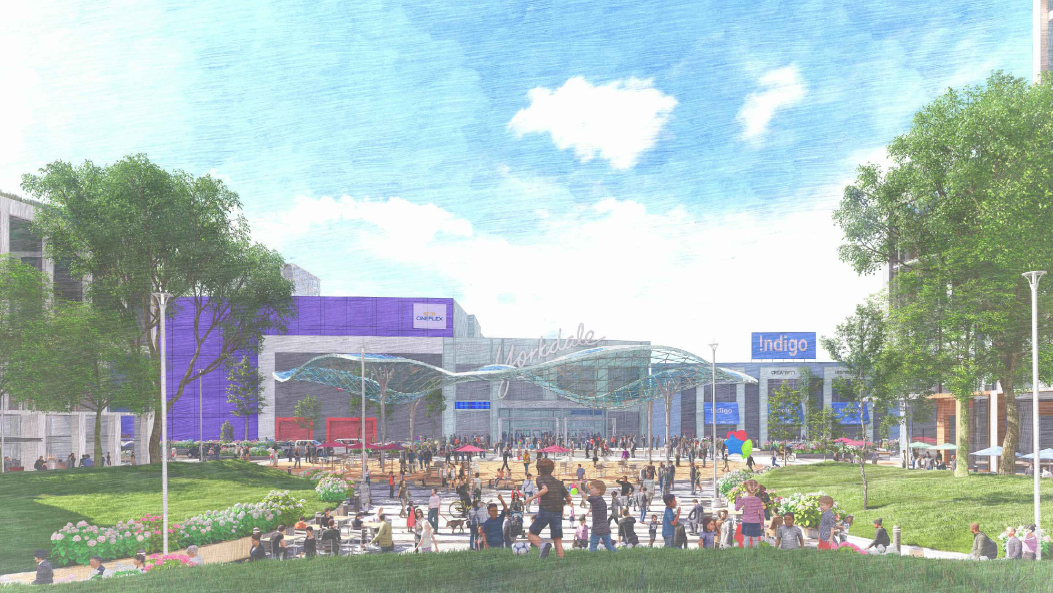 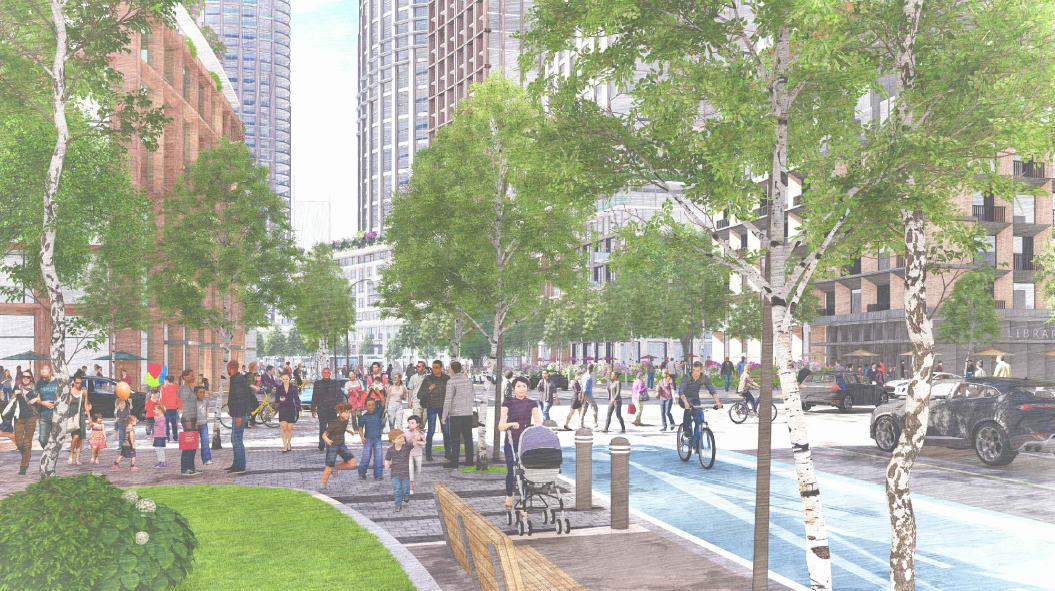 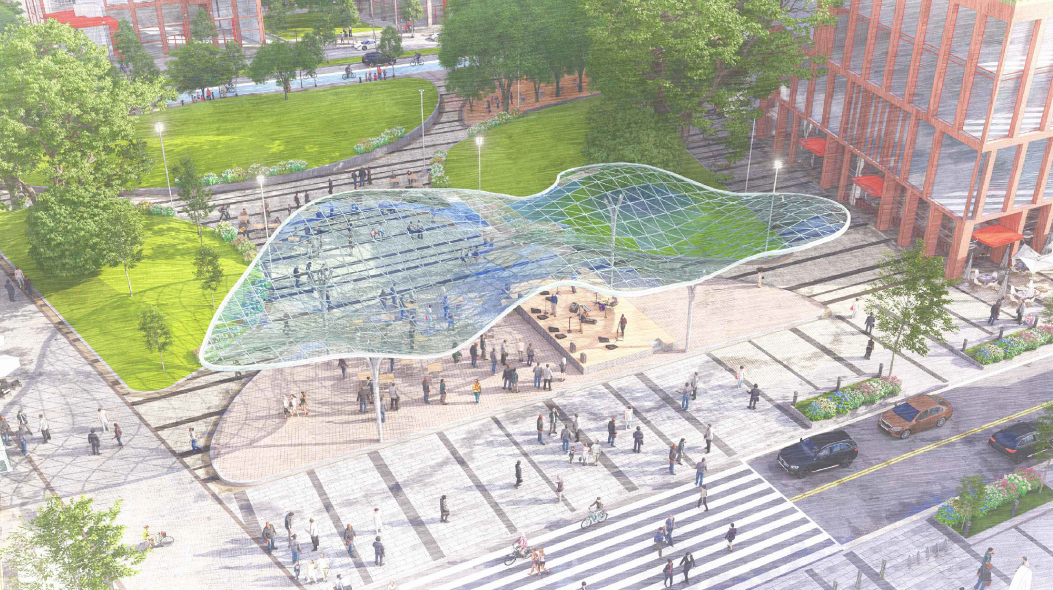 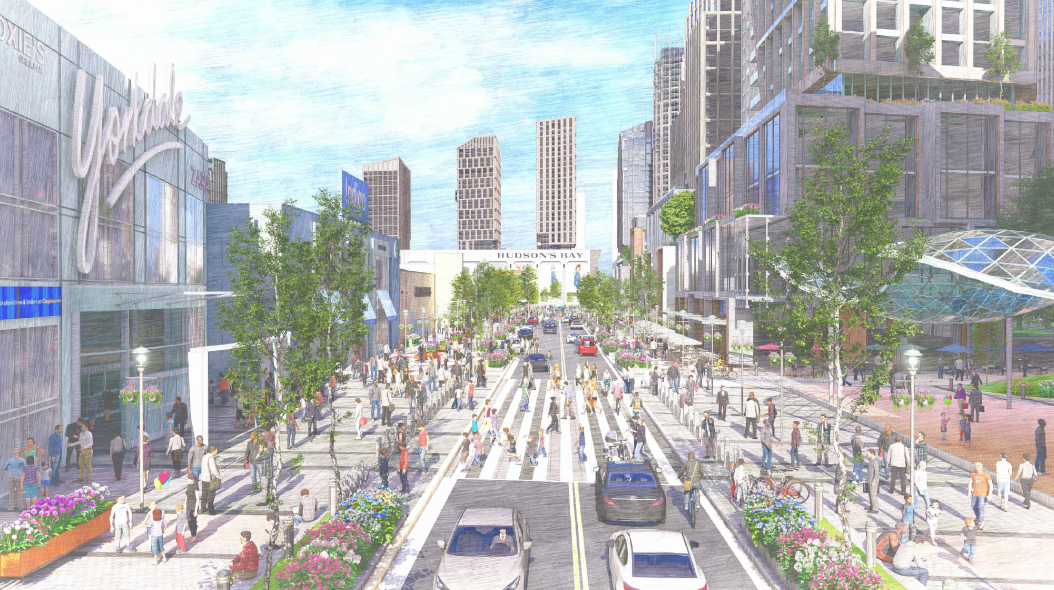 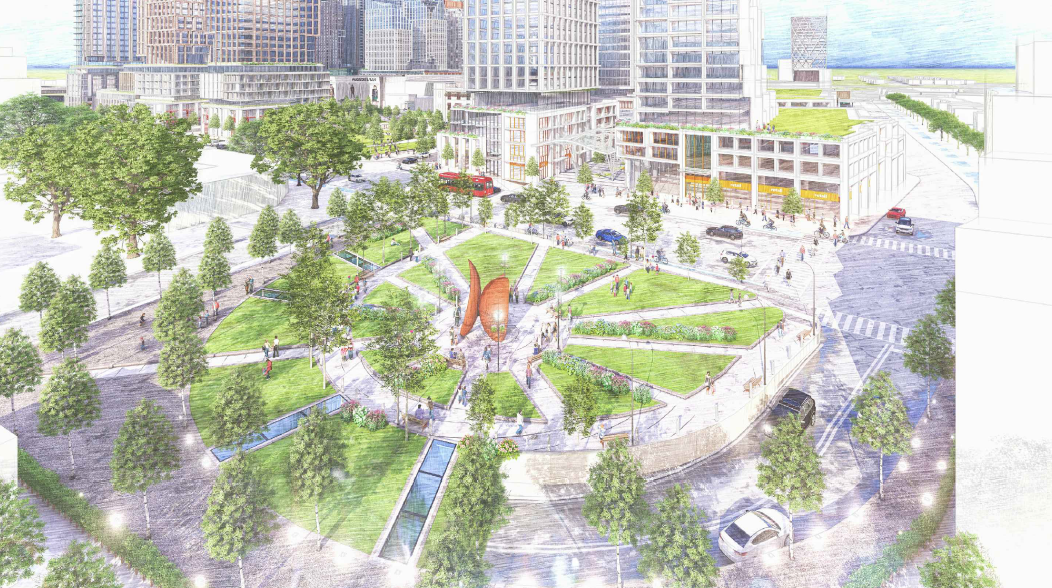 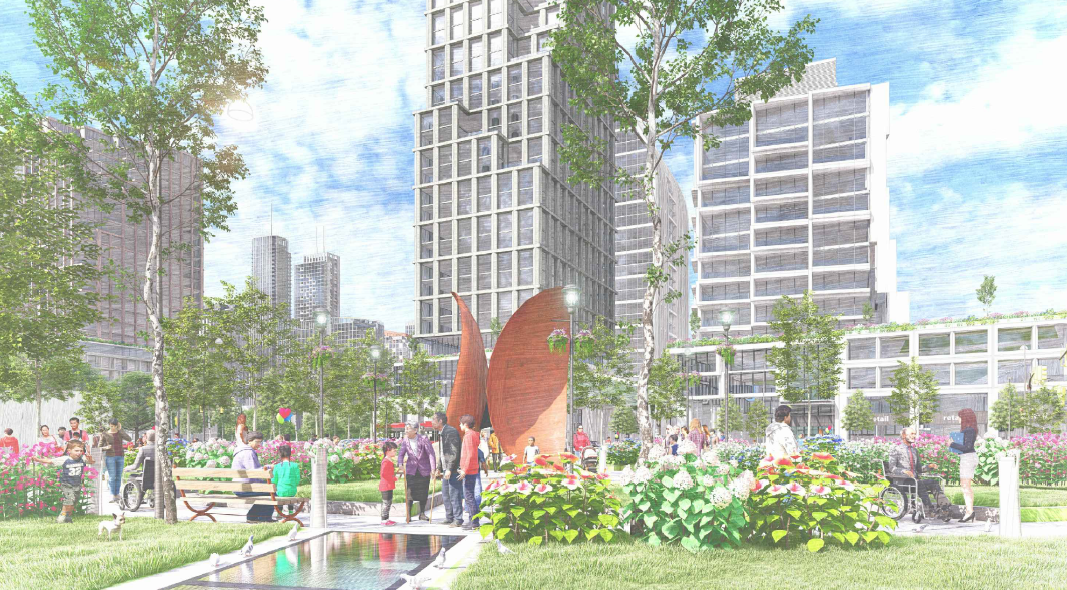 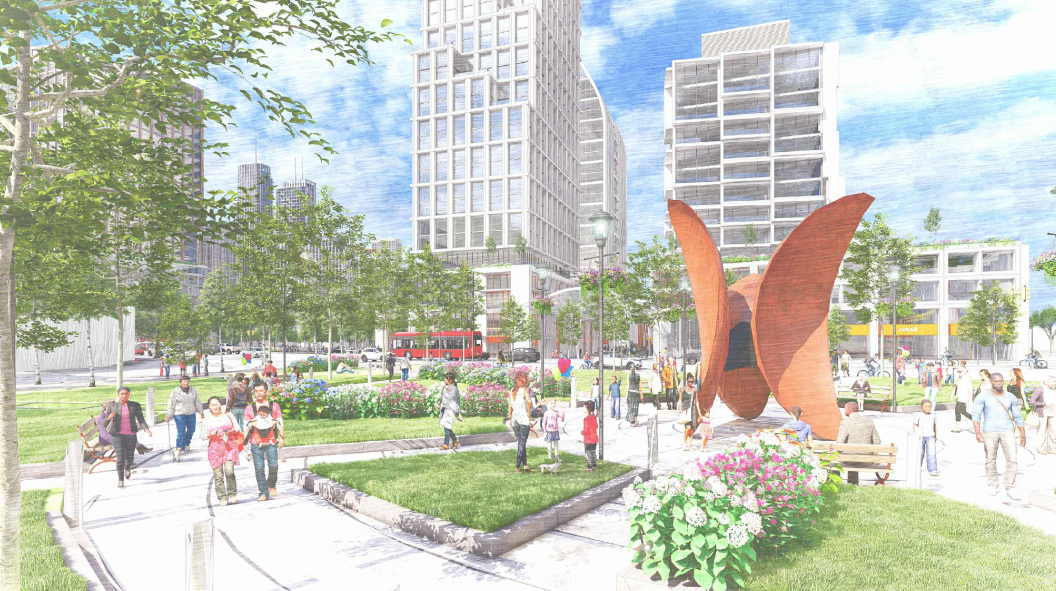 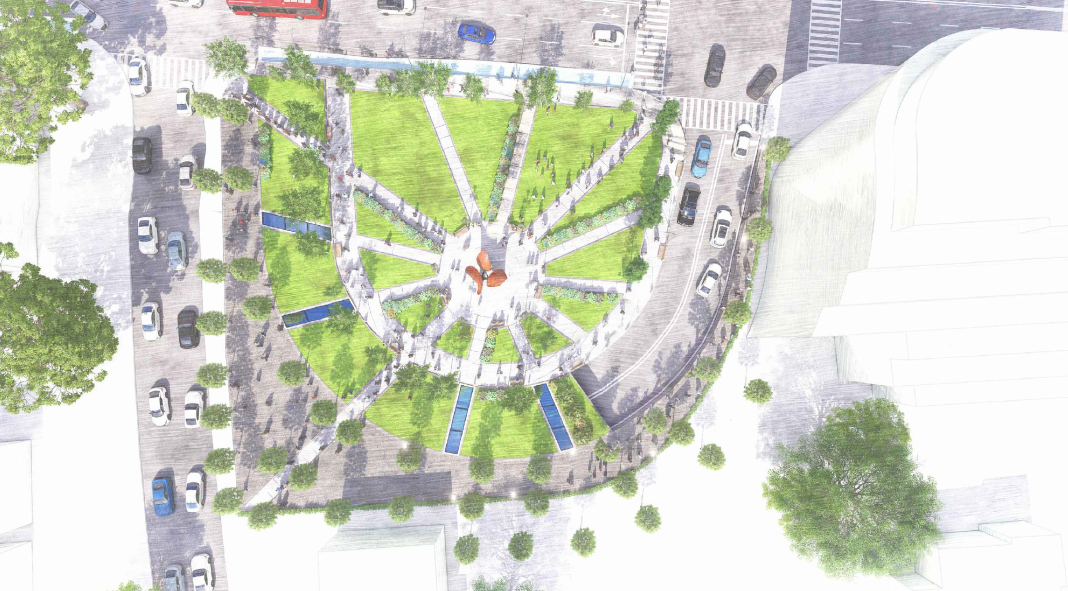 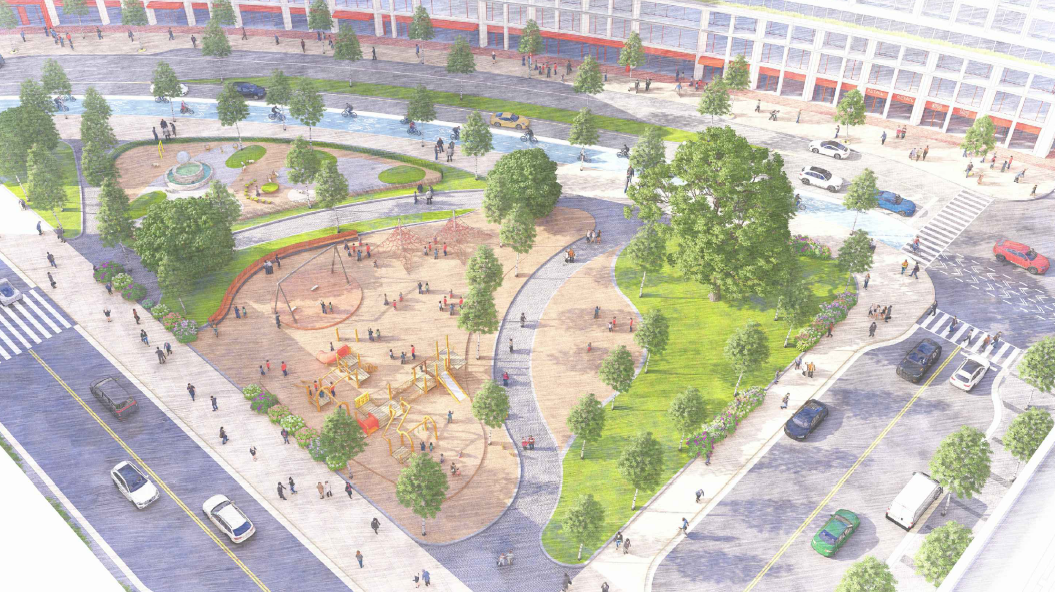 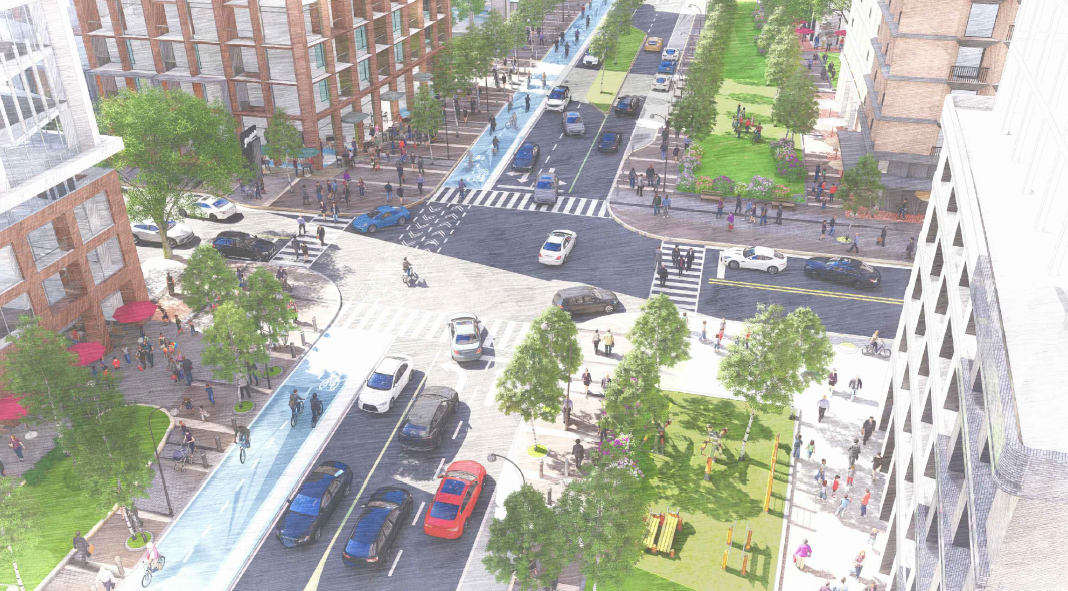 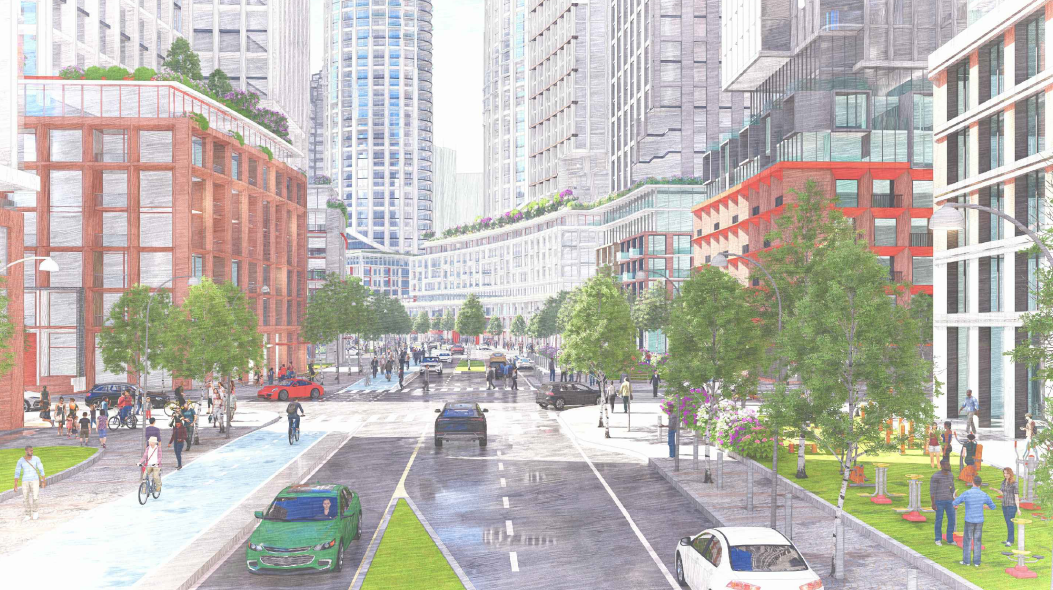 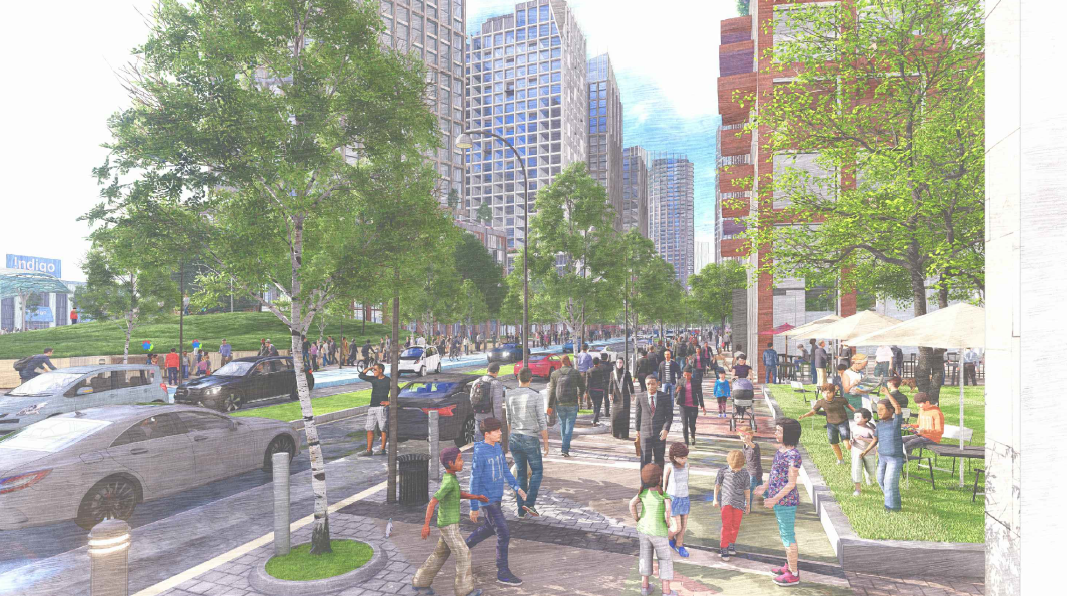 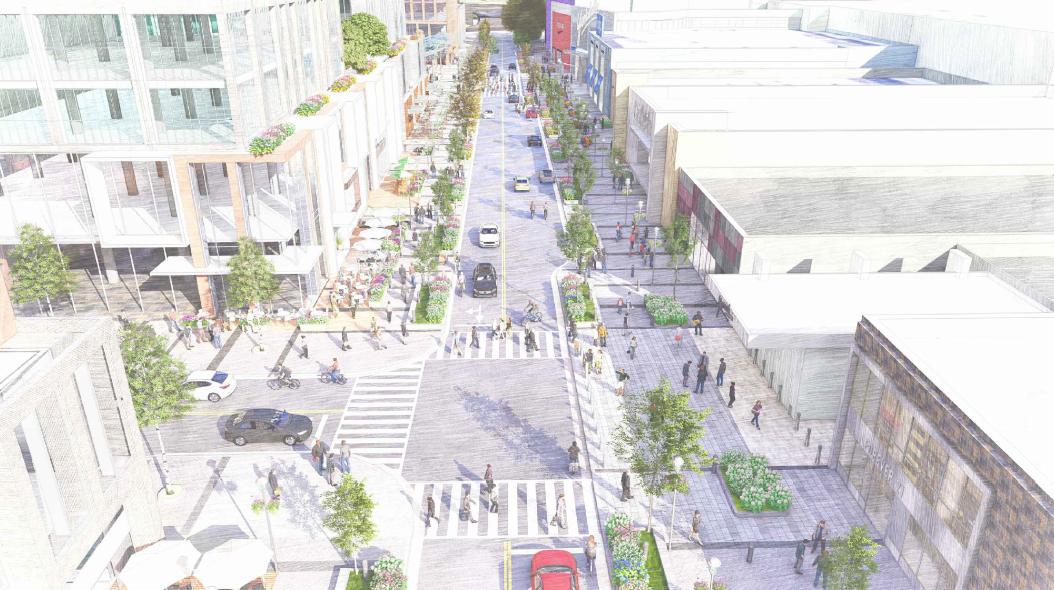 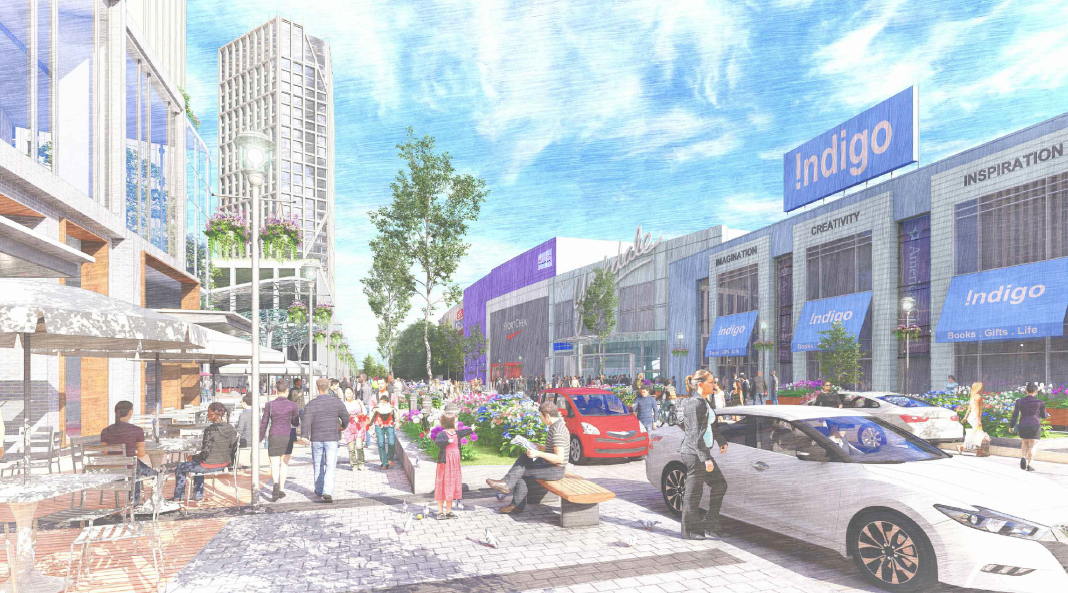 PMT said:
New docs regarding the redevelopment were posted January 14:

No social distancing built into the plans
A

Next step: redevelop the mall itself, with retail podiums and towers above? It seems like the endgame for all these mall intensification projects.
Member since February 10, 2002
A

Downtown Toronto said:
No social distancing built into the plans
Click to expand...

Why should there be? COVID isn't forever. This won't be built for a decade.
Member since February 10, 2002

I really do not understand how they will deal with traffic flow. With the mall alone, the area is a traffic nightmare, with even the off ramp on the 401 backed up during peak hours. I can't imagine how the area will handle thousands of condo dwellers and office workers on top of the present congestion.
W

Oxford's mall redevelopment portfolio right now is mighty impressive. I forgot that they were advancing on this one too!