Note the public consultation this Thursday evening at Parkdale United.

…and if anyone is able to go to the meeting and report back, we would love to hear about what happened!

I went to the meeting last week. The room was crowded, people had to stand because there were no seats left. There were mostly residents from all ages and social backgrounds as well as a few business owners.

Unsurprisingly, absolutely everybody is against this development, including councillor Gord Perks. Community planner Alice Hug did not seem too pleased by the scale of the project either. The main concerns are the height, the resulting shadows over the townhouses at the back, the lack of transition with the neighbourhood, transit and traffic, the type of retail that will replace what's there (since the rent for these new spaces will be higher), the influence that the new architecture and the amount of new residents - probably with higher revenues - will have on the neighbourhood and its businesses, the lack of green spaces, the impacts of construction (noise, traffic, etc), the way the heritage Bank of Montreal building is integrated, or not integrated, to the project.

The coldness and lack of empathy of architect Charles Gane did not help. Also, his explanations and answers to people's questions were somewhat dubious.
Also, we learnt that these are the last two site that can be redeveloped at the scale in the neighbourhood, the rest of King Street West west of there being zoned as neighbourhood or apartment neighbourhood, which reinforces the need of an appropriate transition.

Finally, Gord Perks said that the city's facility building just east of the site located on the north side of King is probably here to stay since they installed solar panels on the roof quite recently, and have contracted a 21-year loan or something.

Anyway, here are the pictures of the renderings I took during the meeting, some of which are in the article 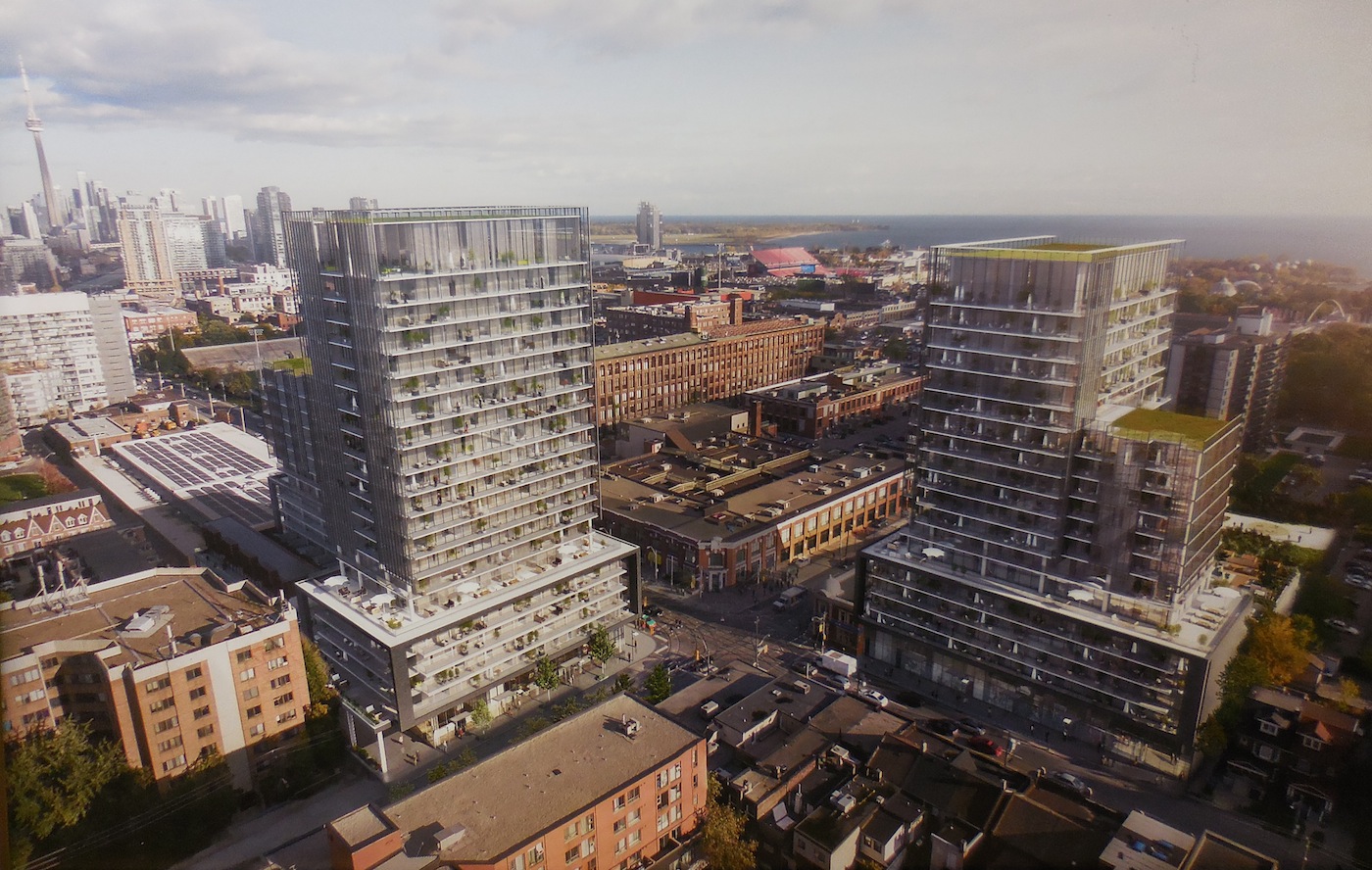 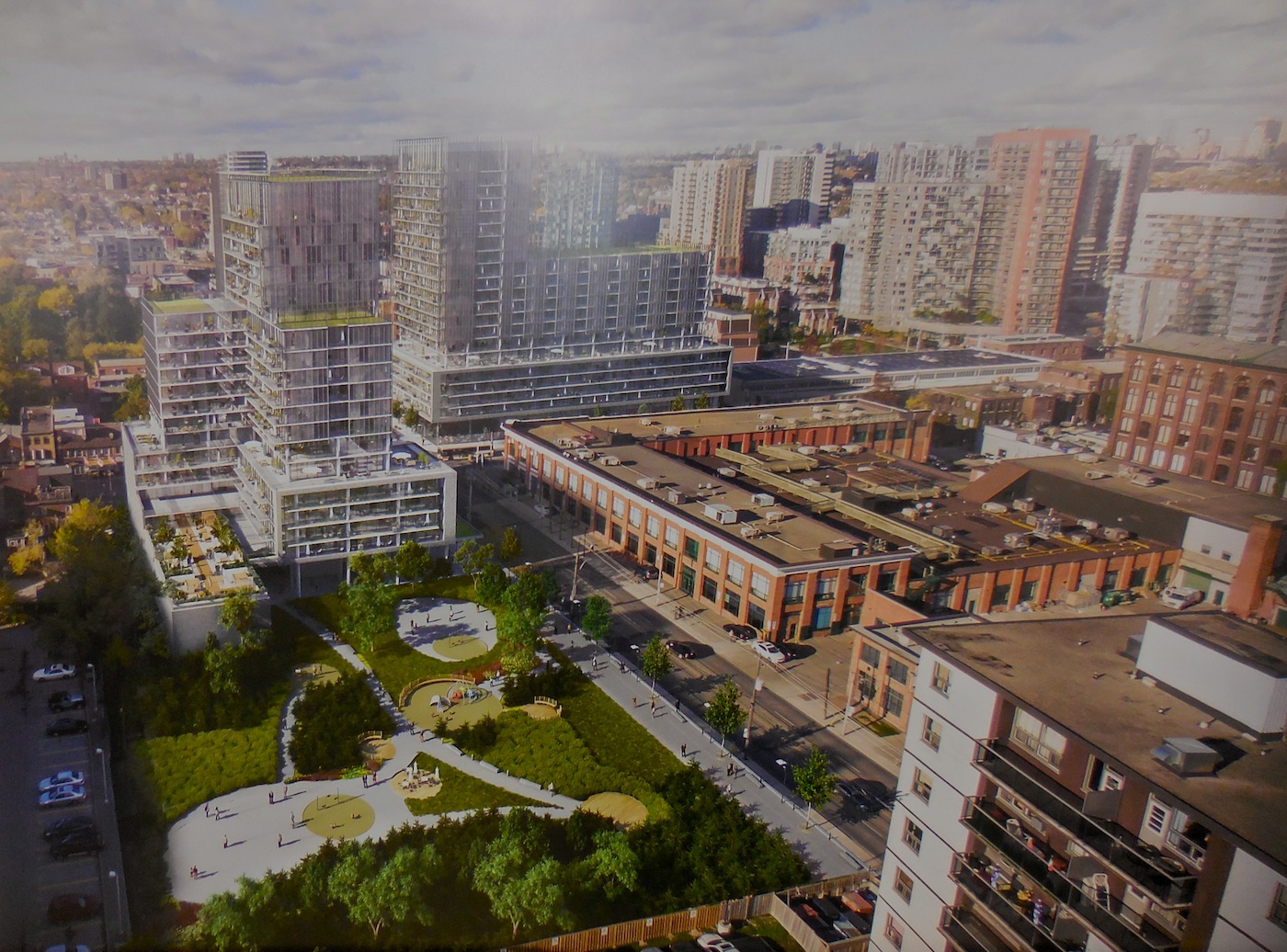 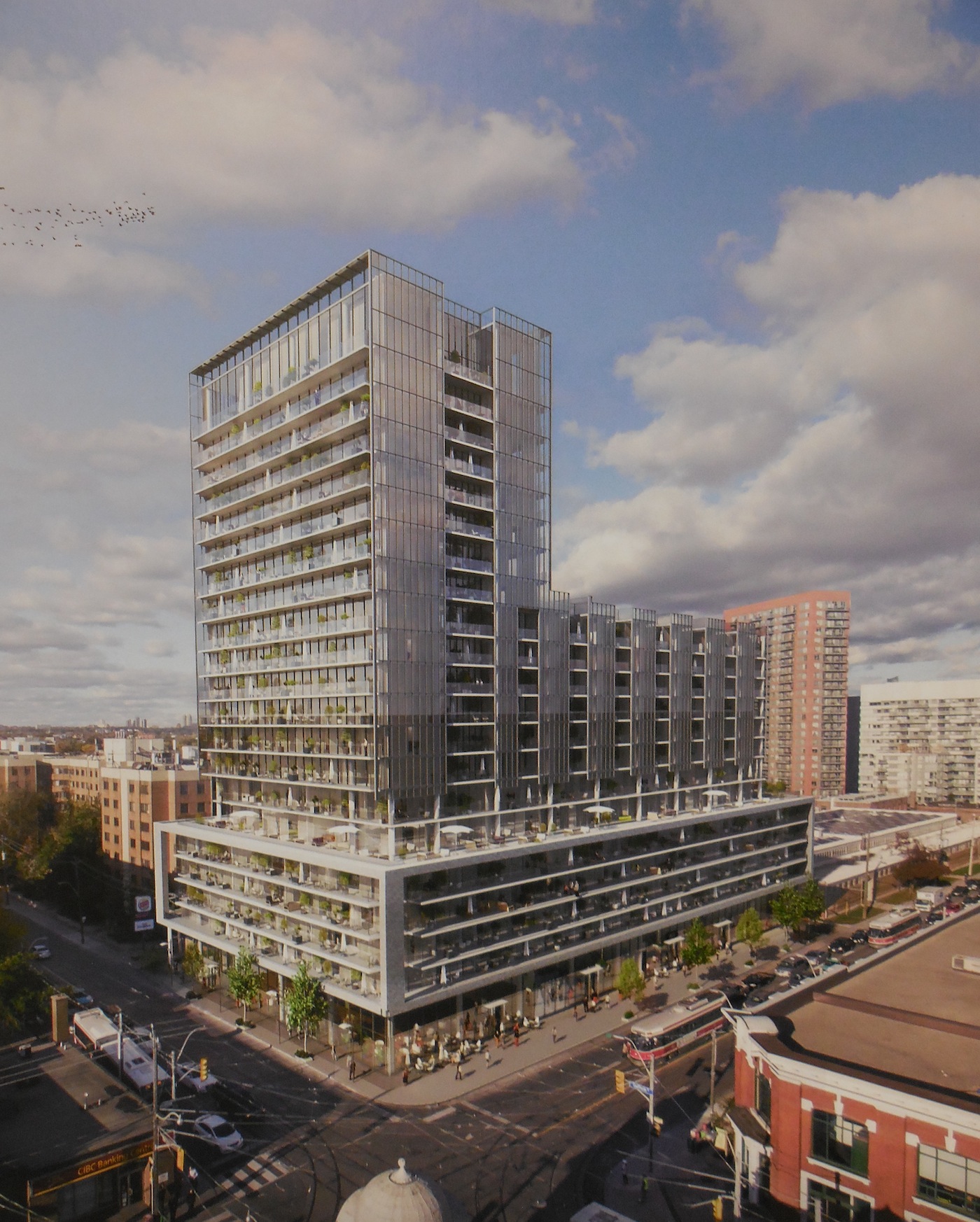 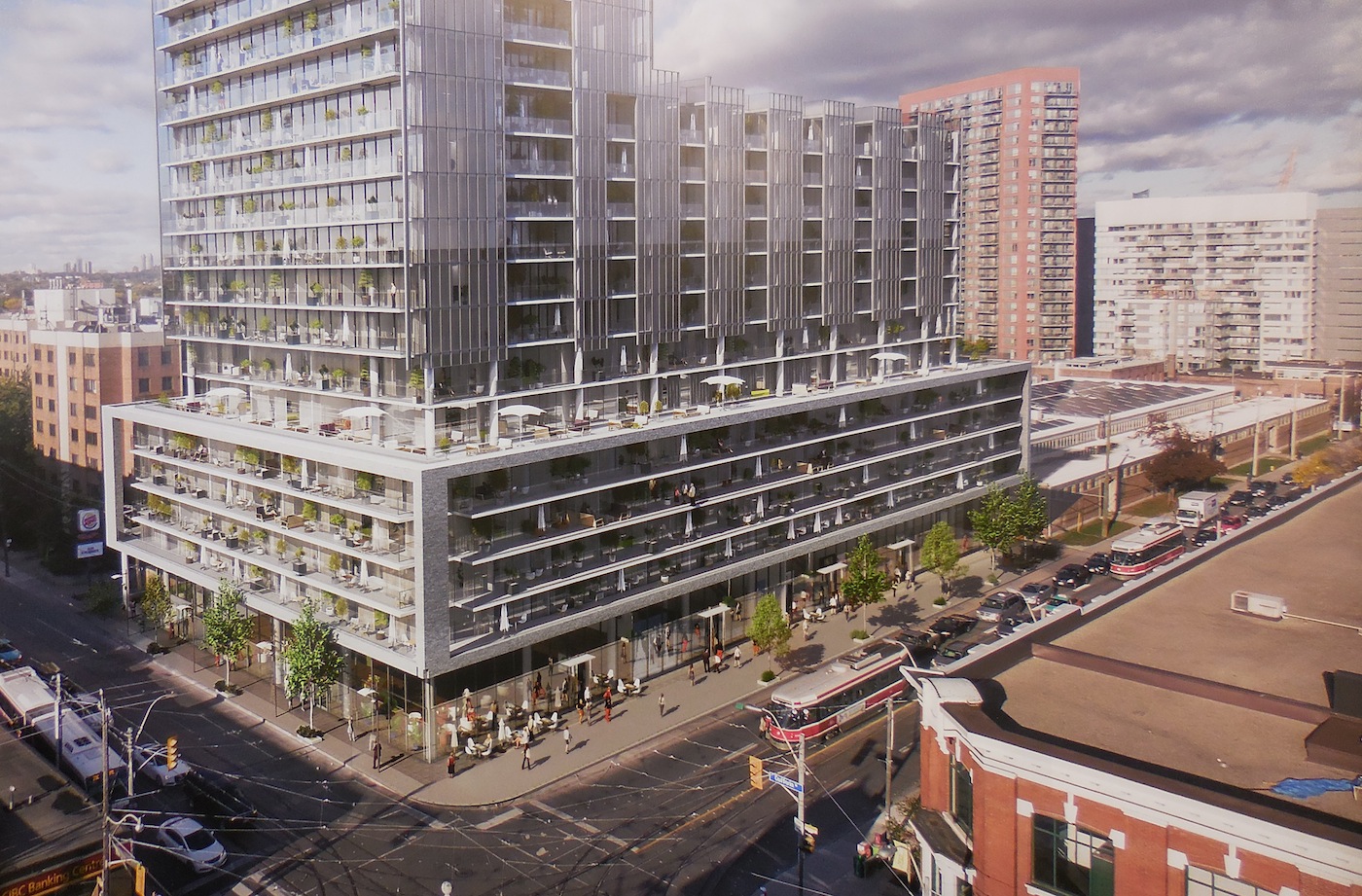 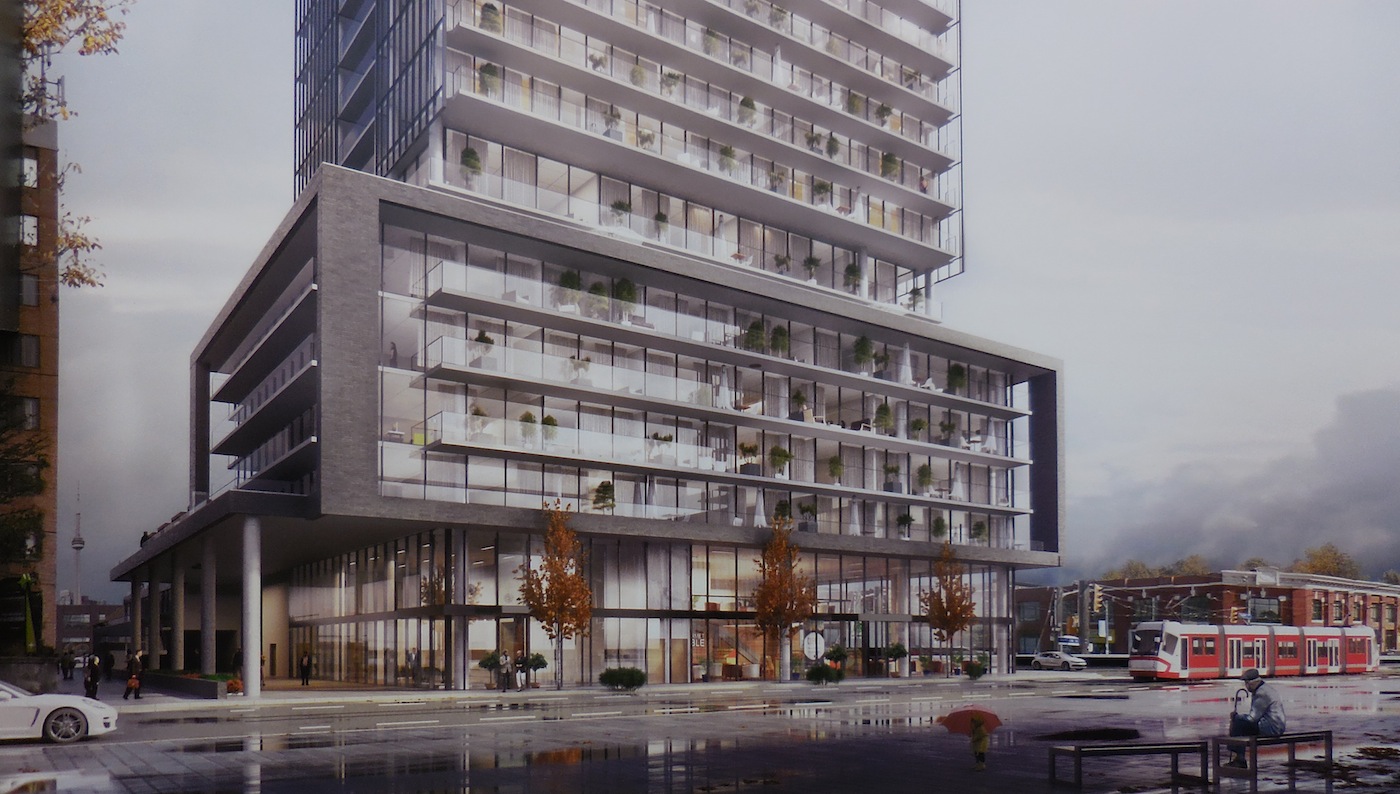 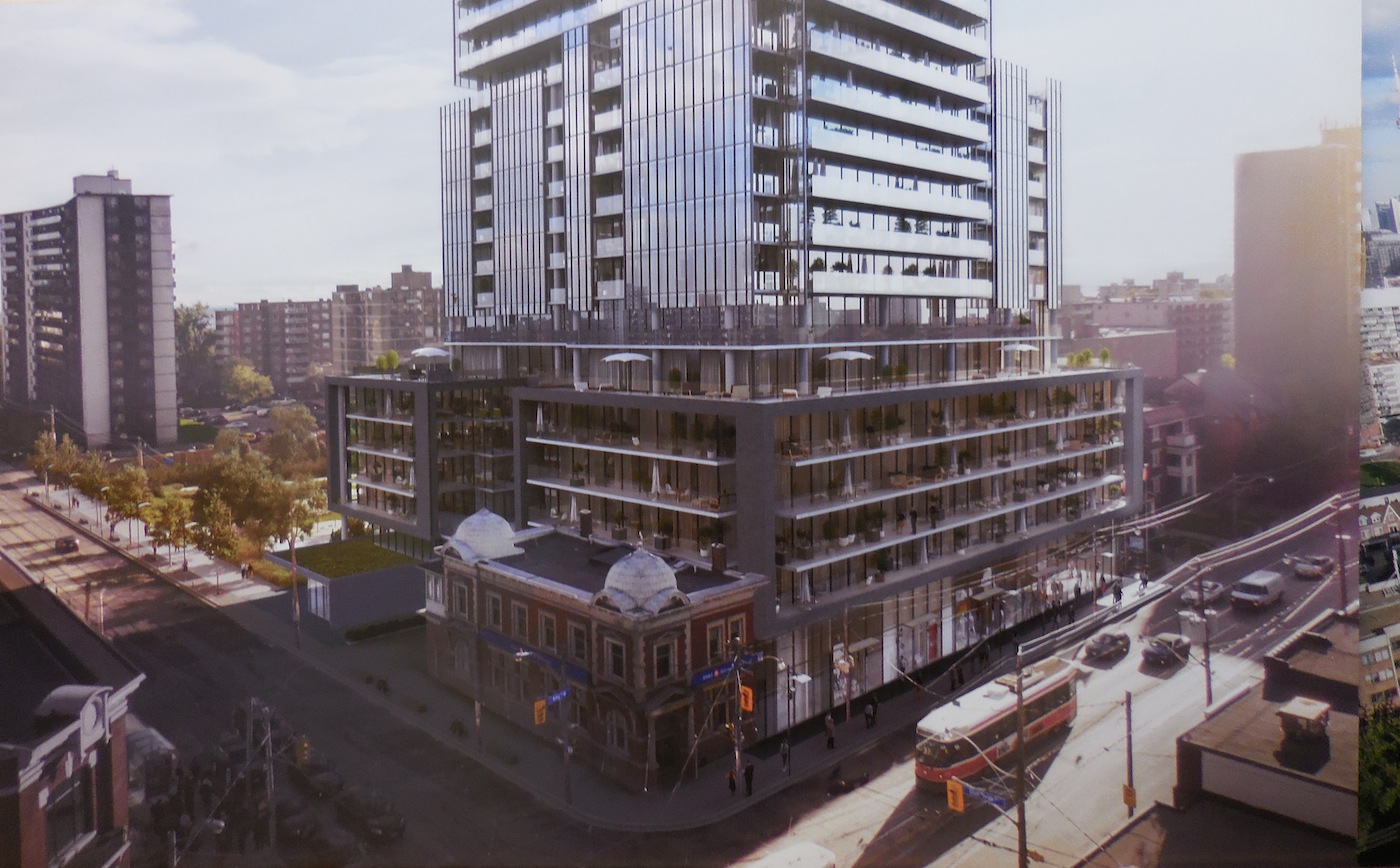 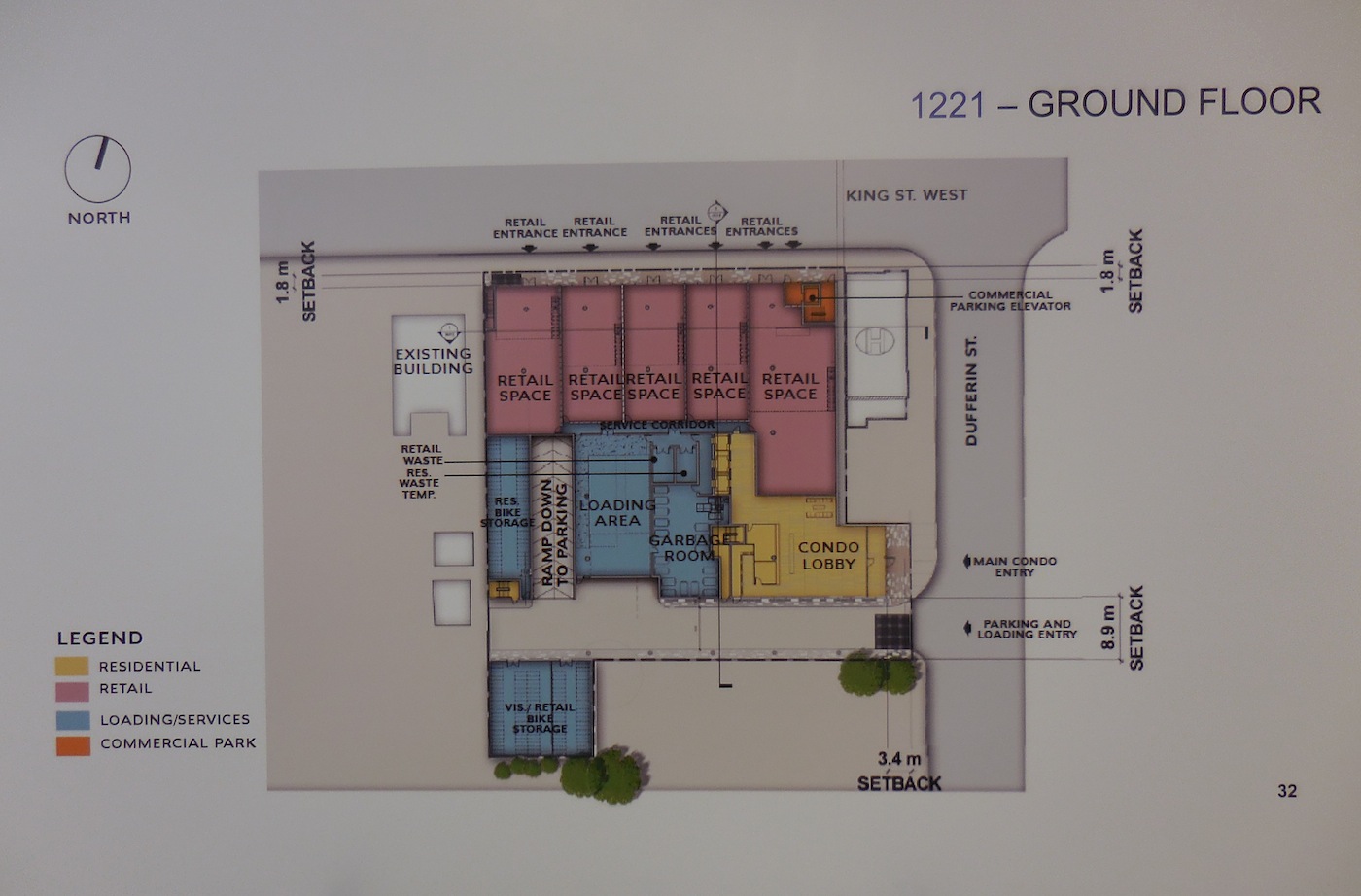 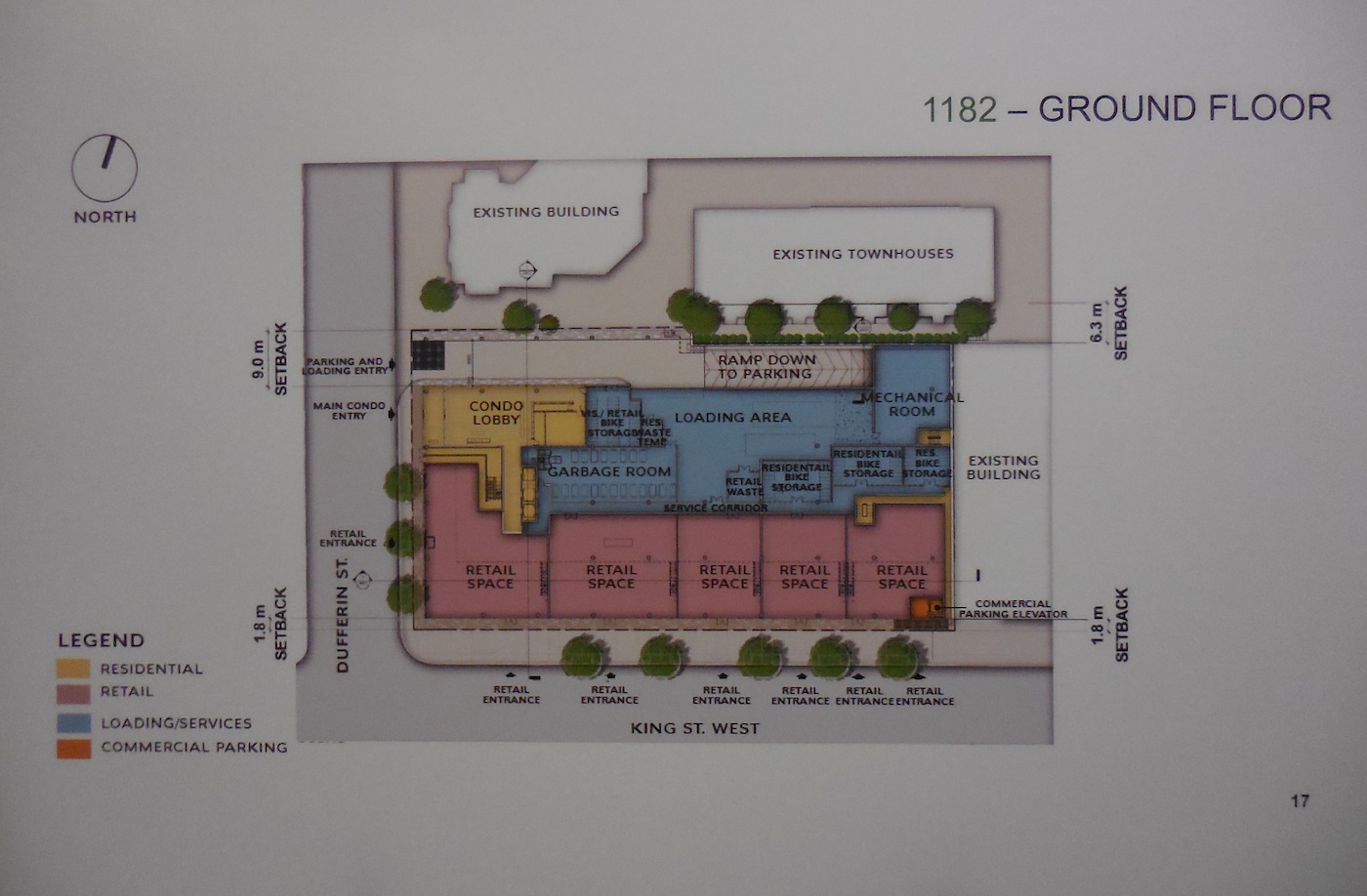 I was there too, haha what negativity from the locals, Perks was all against it, but then again he is against any development other than social housing, the fellow from Boyana HairWorks was not happy at all and stormed out,
It was an interesting meeting with the few people that didnt mind this development keeping there mouth shut
I think this will eventually get approved, but just a bit shorter @ 17s +15s, we will see

Yeah, regarding that City of Toronto Depot, Gord said that with a smirk...gee, what a shame to keep that eyesore from any development for 20yrs
Last edited: Oct 31, 2015
M

What is going on? First aA on Shuter. Now Core here. These are just plain awful. Boring, grey and cumbersome. The only concern is to squeeze as much density on the sites as possible. The city facility is benign by comparison.
got some ice to sell you
A

Developments like this truly illustrate the problem with Toronto when it comes to traffic and transit issues. King and Dufferin are already disaster when it comes to both these issues, but we consistently get proposals which ask for too much density packed into an area irrespective of the current issues that a neighborhood is facing.

Many developers just try to force feed their way into any given neighborhood, while transit and traffic gets increasingly worse. When we're stuck with the same transit options that have been around for the past 20 years, but pack thousands of residents into an area it just further compounds the problem.

I wont solely blame this on developers since it's not their fault that the government can't keep up with their needs; the city and province have been screwing around with the issue for many years. When things go wrong, the city likes to blame the OMB (in a lot of cases rightfully so), while the OMB couldnt care less about these issues. But then you see the city agreeing to re-zone industrial and commercial areas as residential and then you really start scratching your head as to why.

Trust me i'm not anti-development in any way, heck I dont even live close to this area but this is getting out of hand. The one thing I will comment on with this development is the concern that residents have that higher income groups will move into the neighborhood. Are they kidding me? Parkdale of all neighborhoods needs this, theres is absolutely nothing wrong with that. The residents who said that this was a concern illustrate the problem with Parkdale.
W

I think these are excellent additions to the area if other concerns of traffic and congestion are ultimately addressed.

I don't understand the concerns on height and income. The height seems pretty reasonable (ignoring density problems), and would set precedent on the surrounding areas to be less storeys.
~ Resident Midtown elitist and PATH enthusiast

Was in the neighbourhood today, got a bit of aerial context from the top floor of 118 Tyndall, just to the southwest: 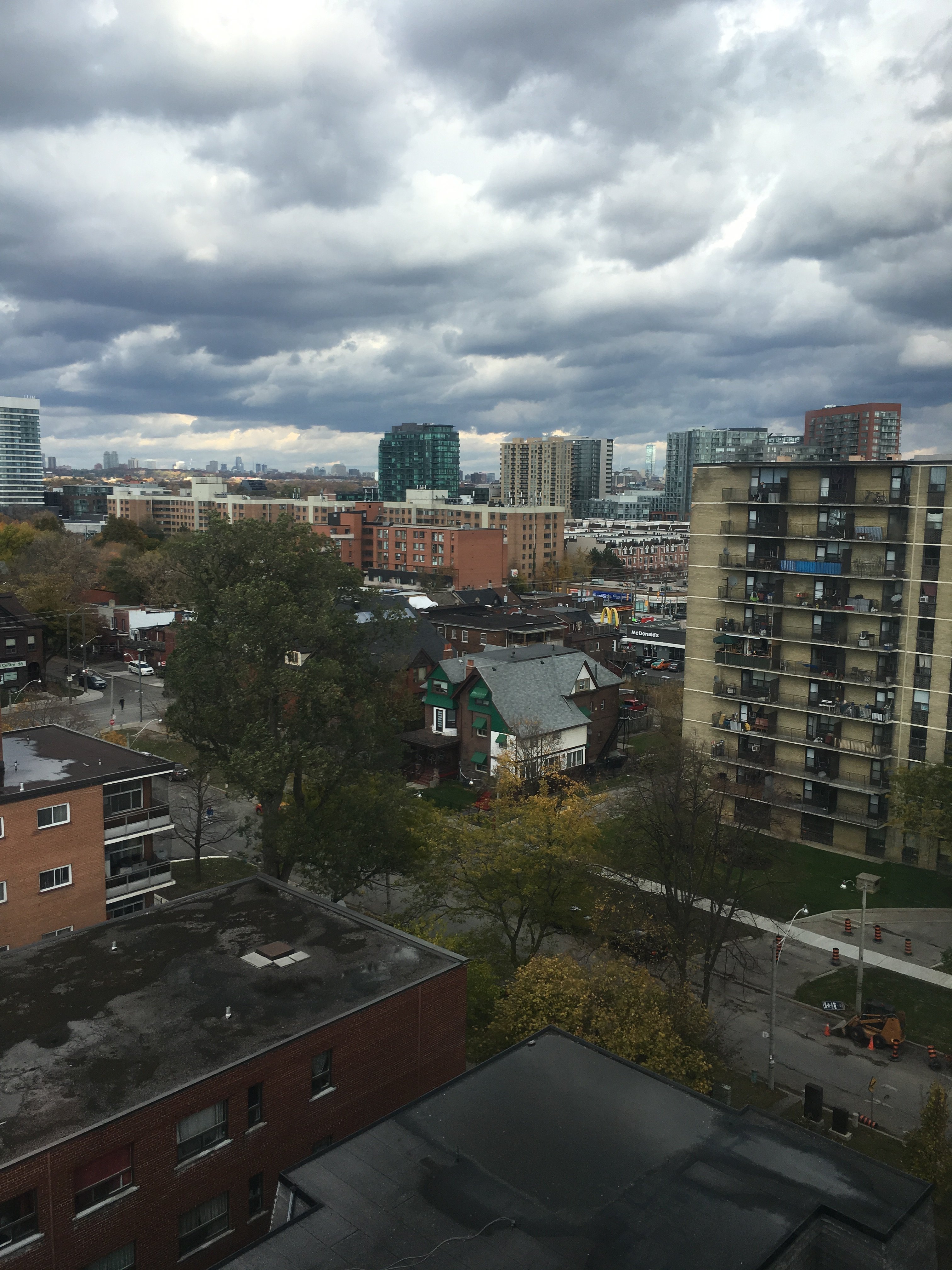 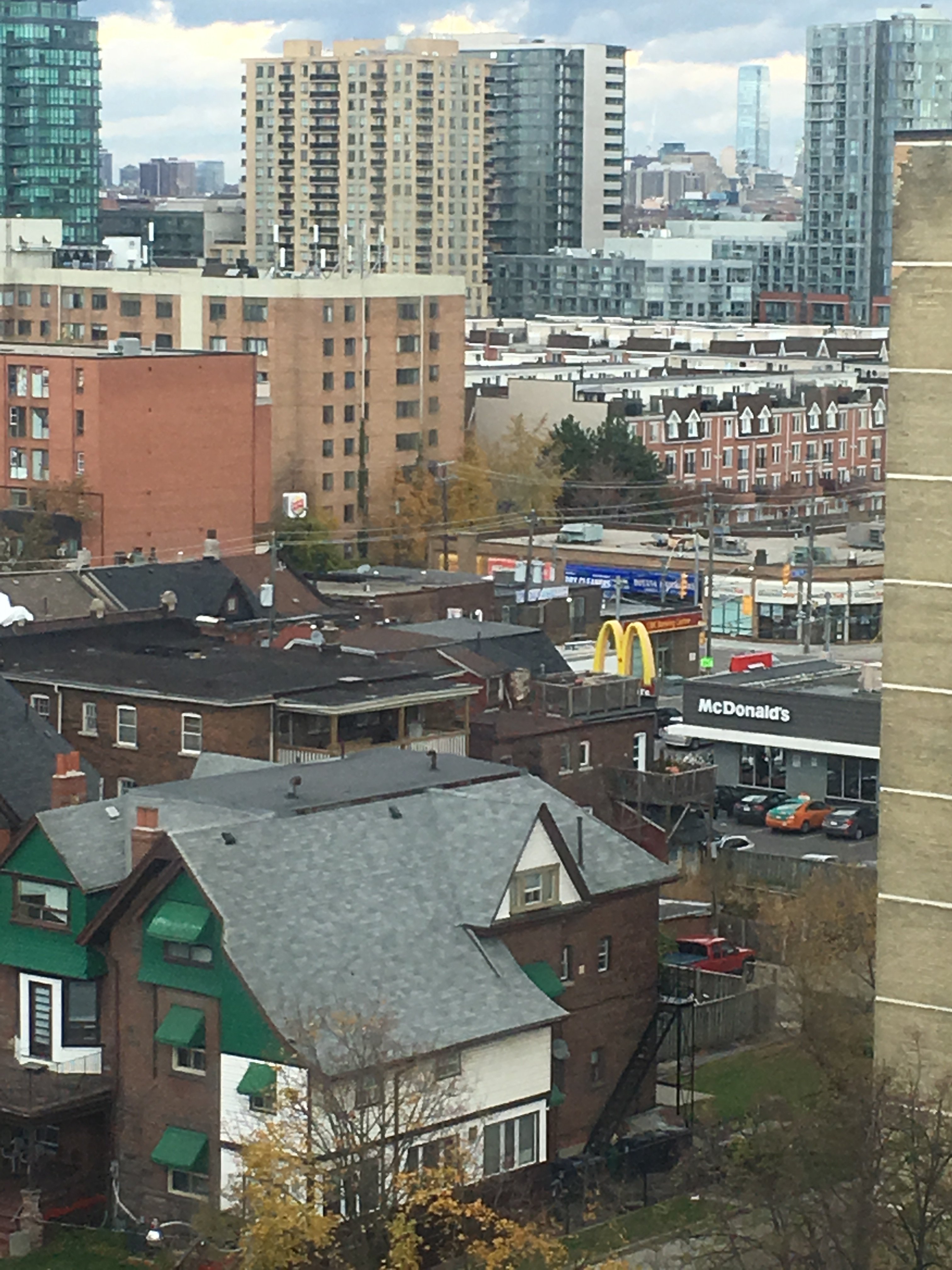 At least according to some of the renders above, it looks like they will be keeping the Burger King sign as a heritage component?

Plans and renderings are up on the Toronto Development Applications site: http://app.toronto.ca/DevelopmentAp...ion=init&folderRsn=3790808&isCofASearch=false 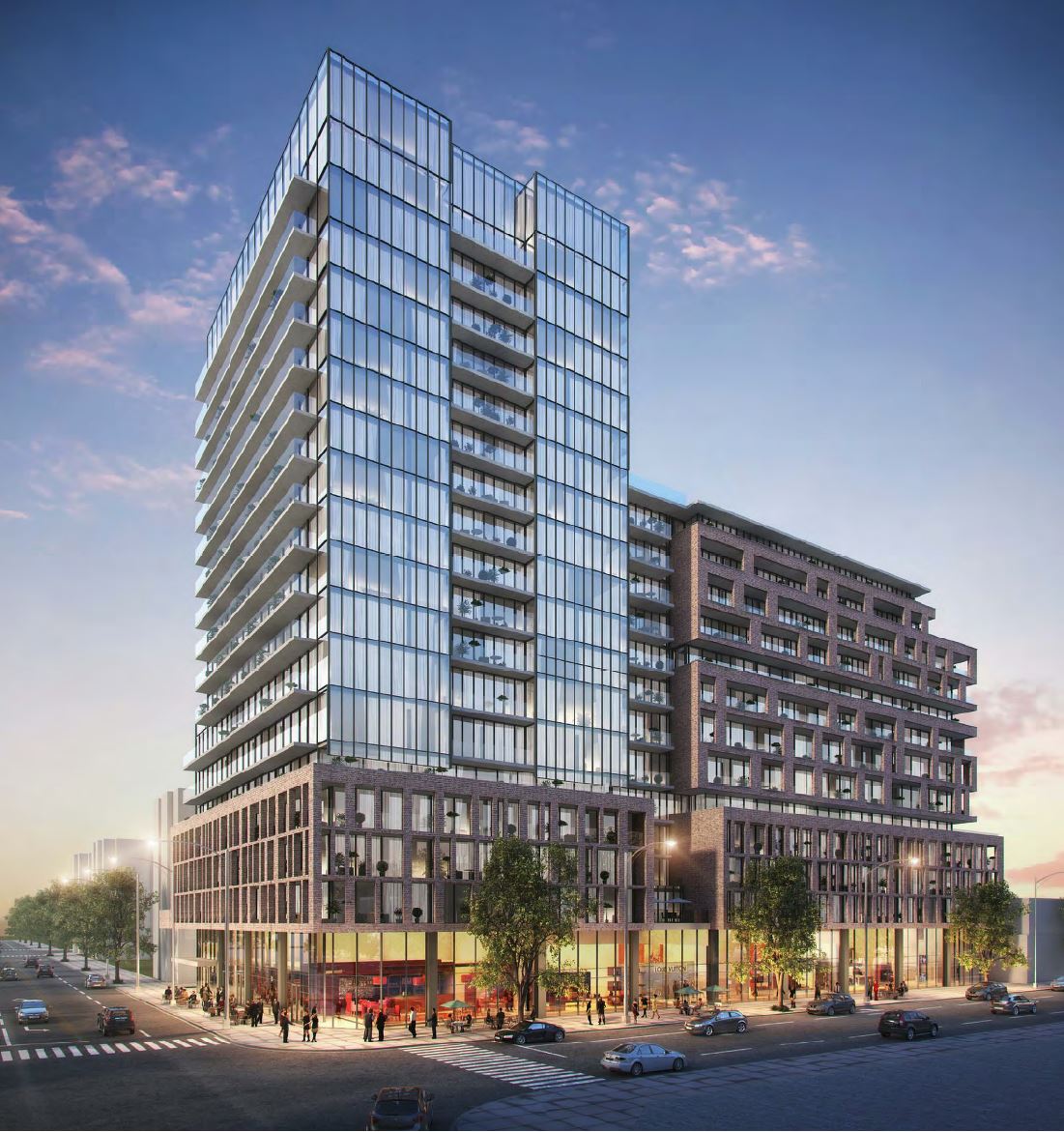 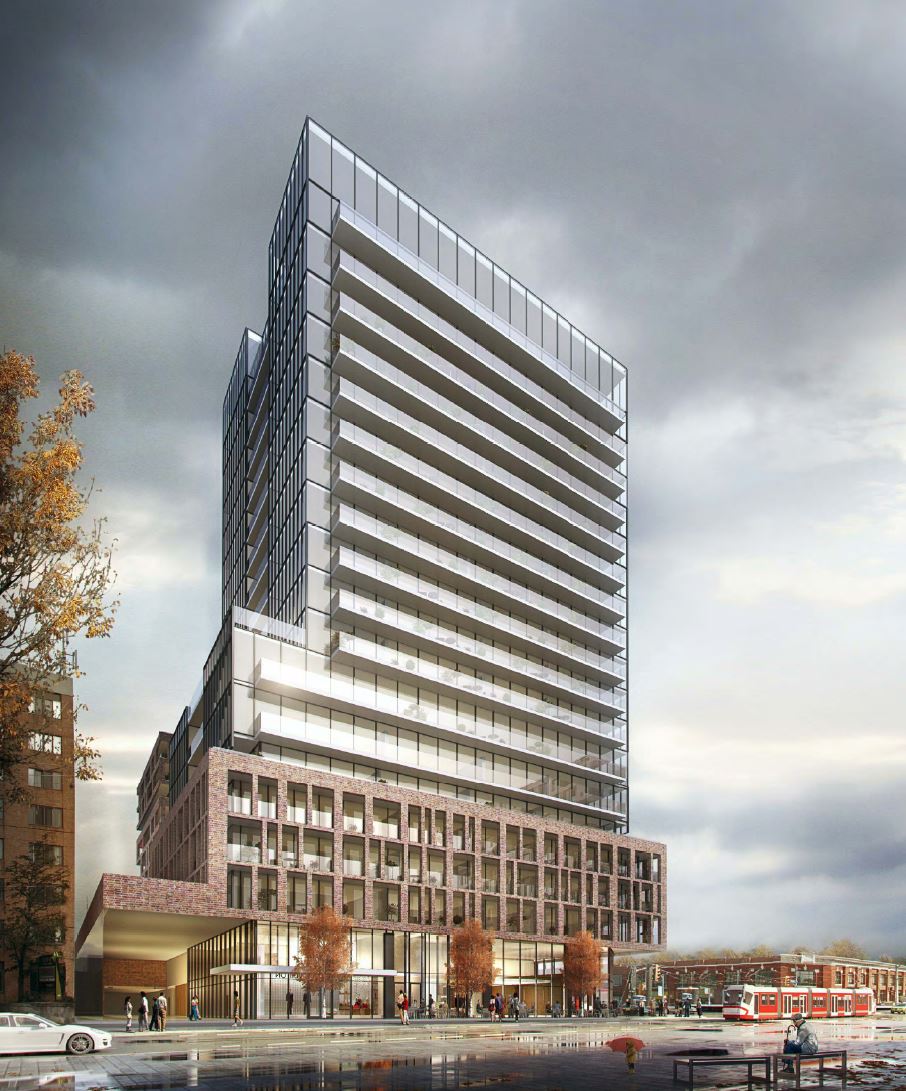 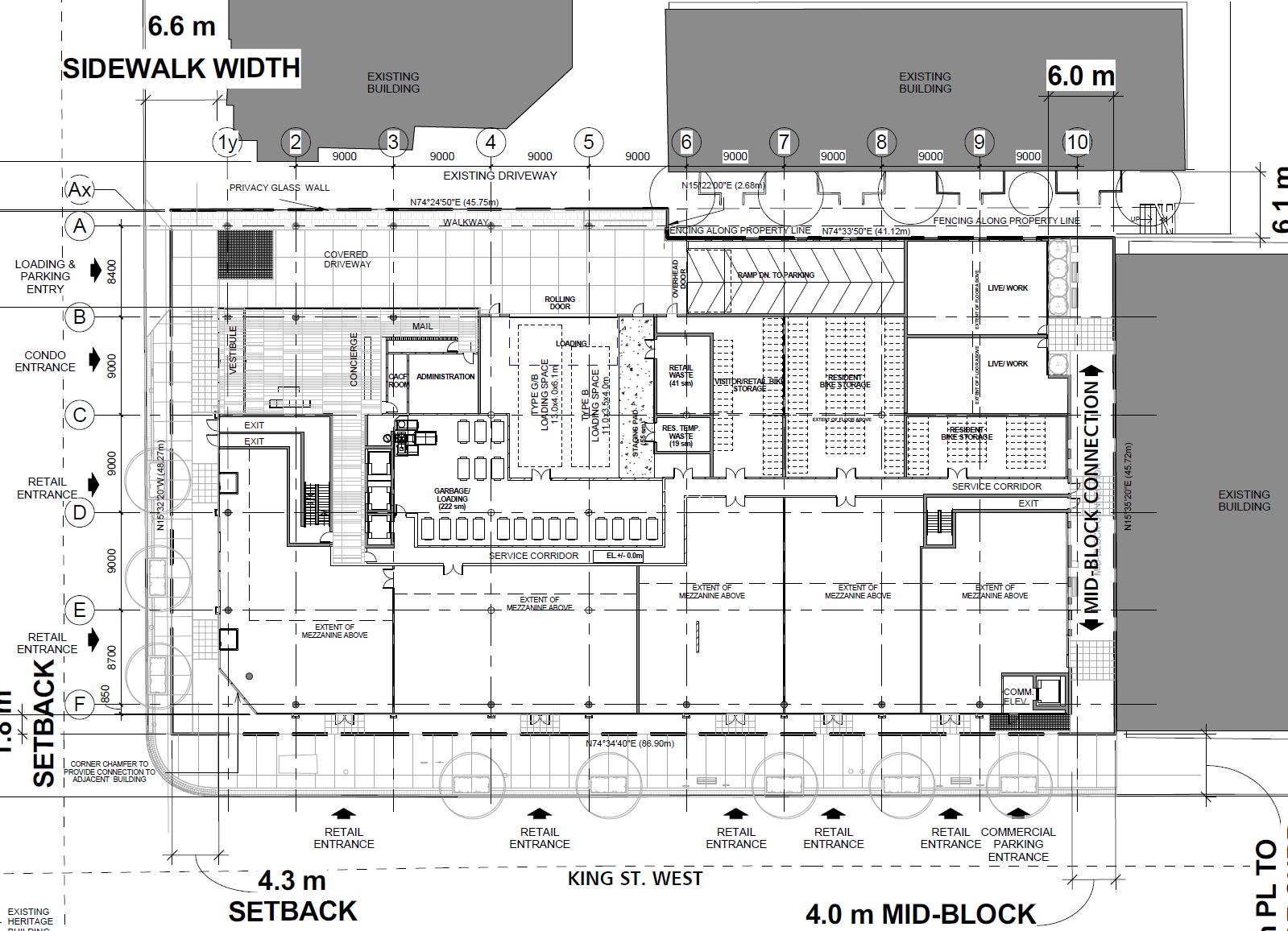 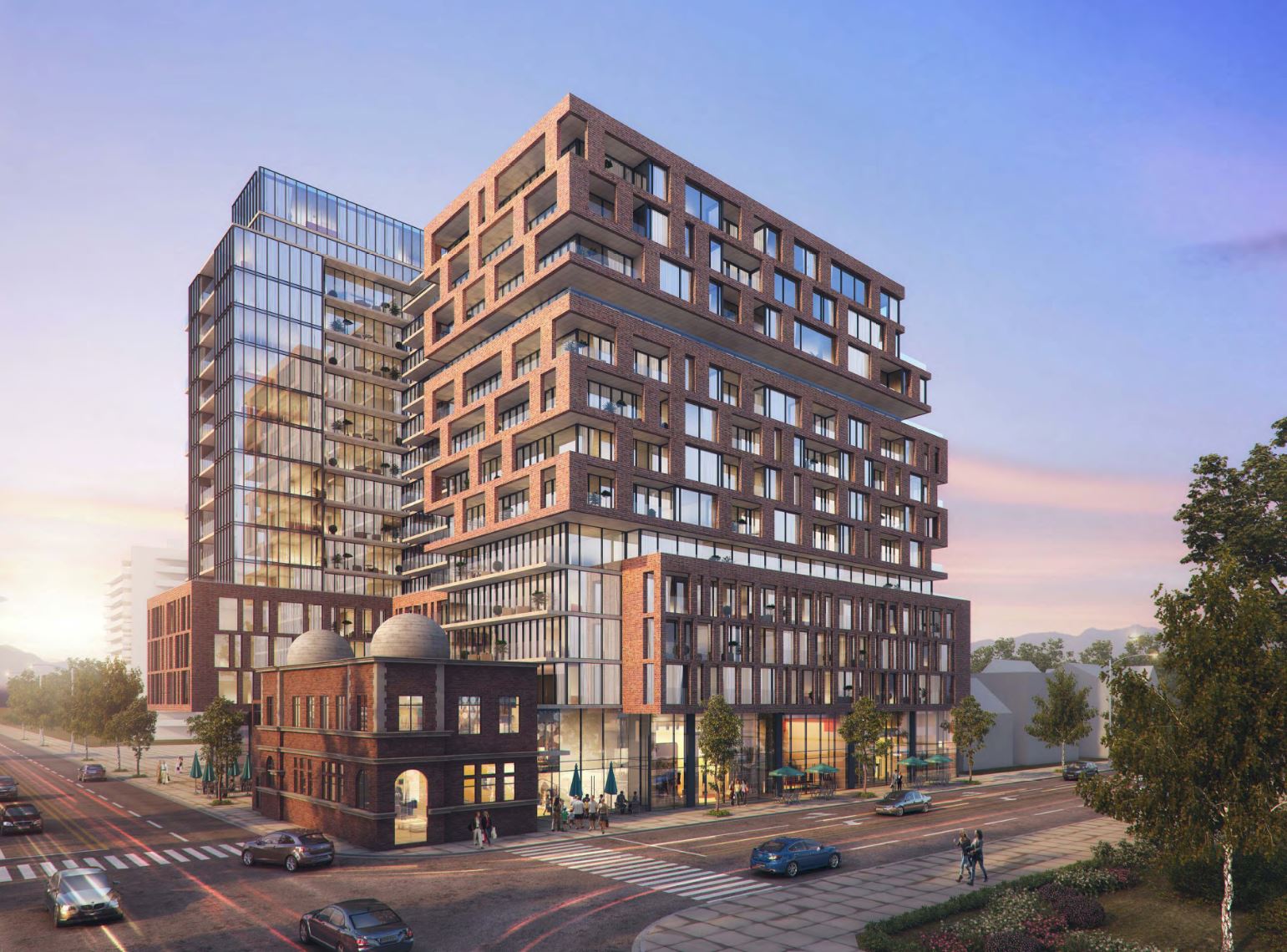 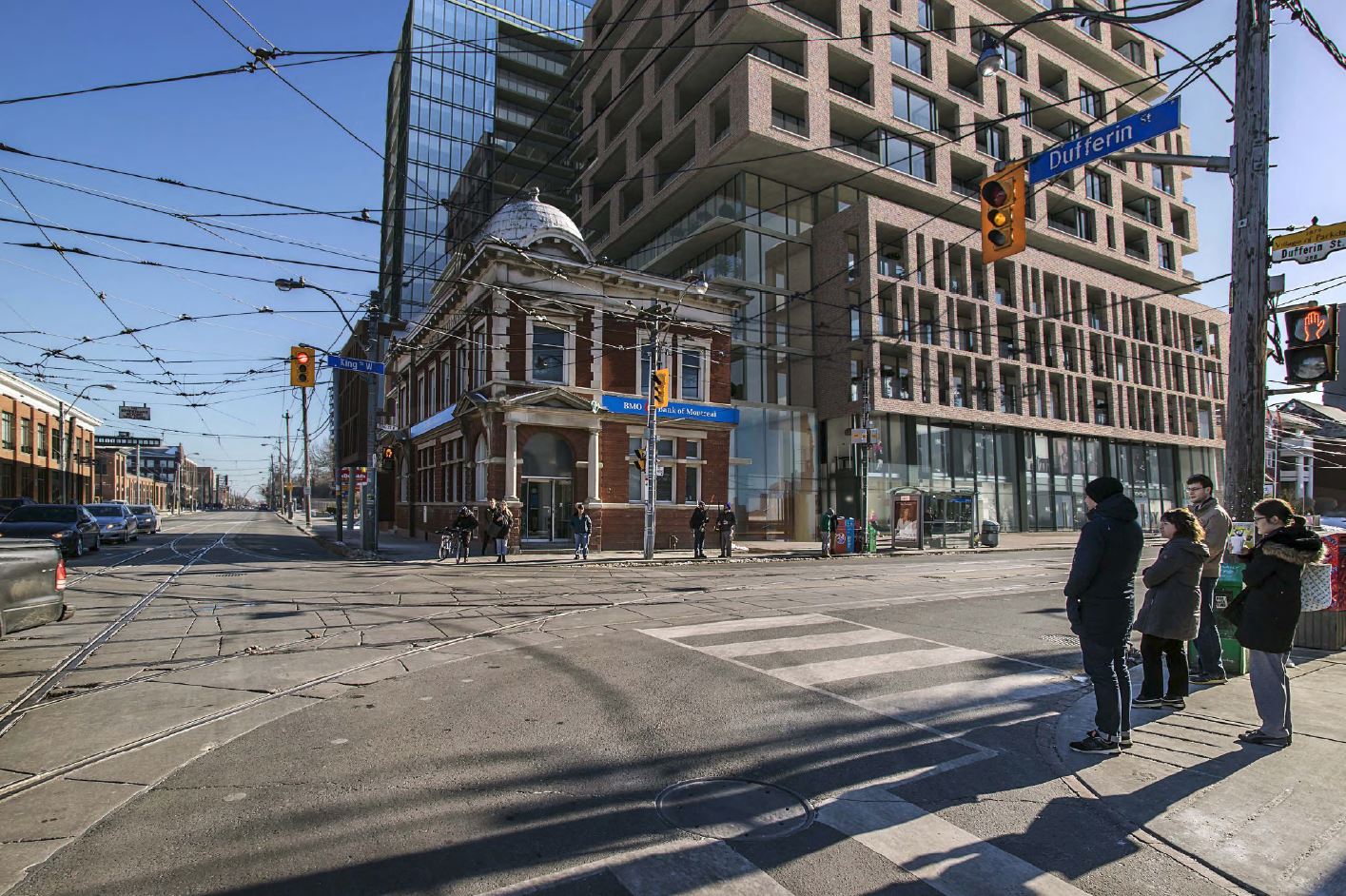 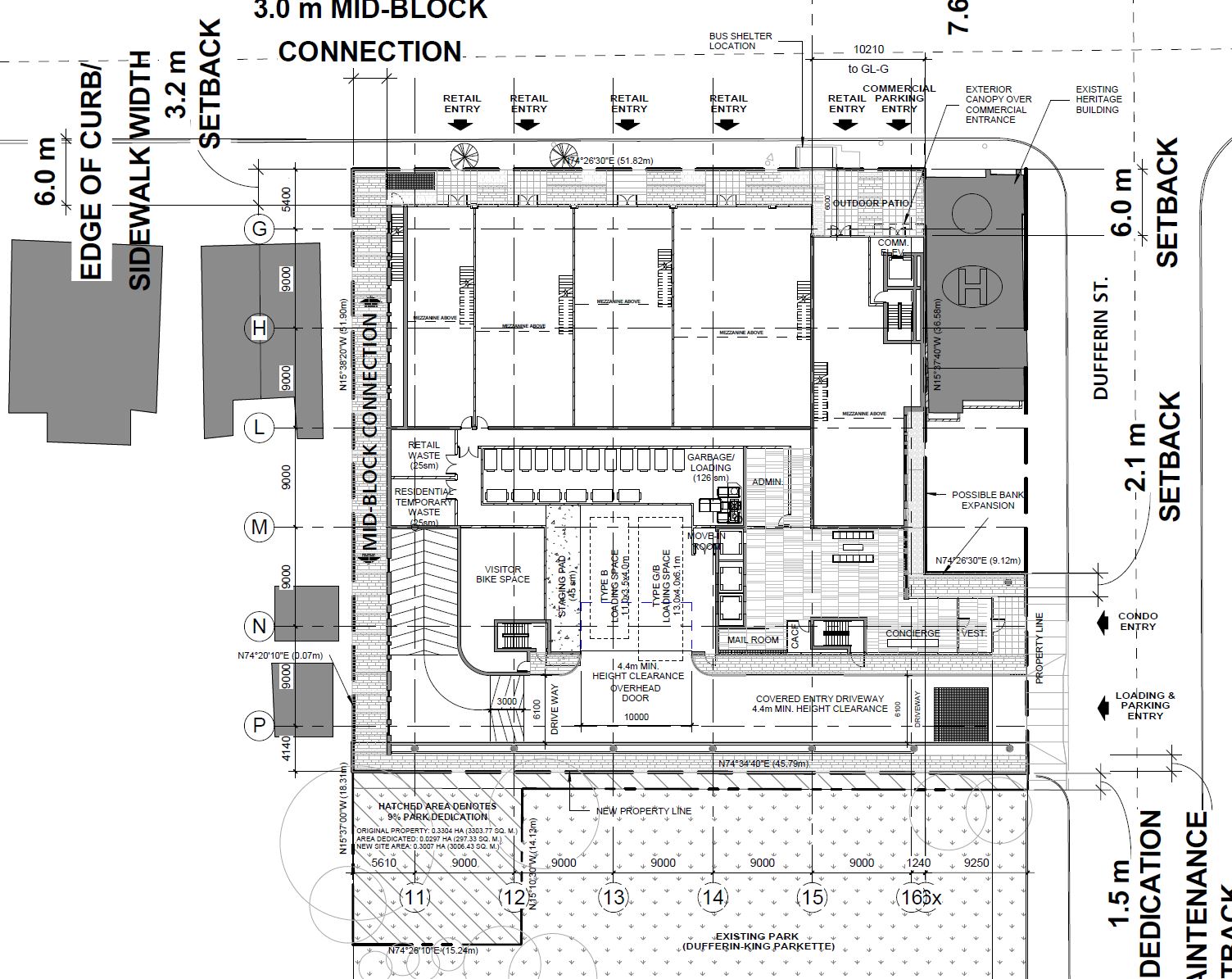 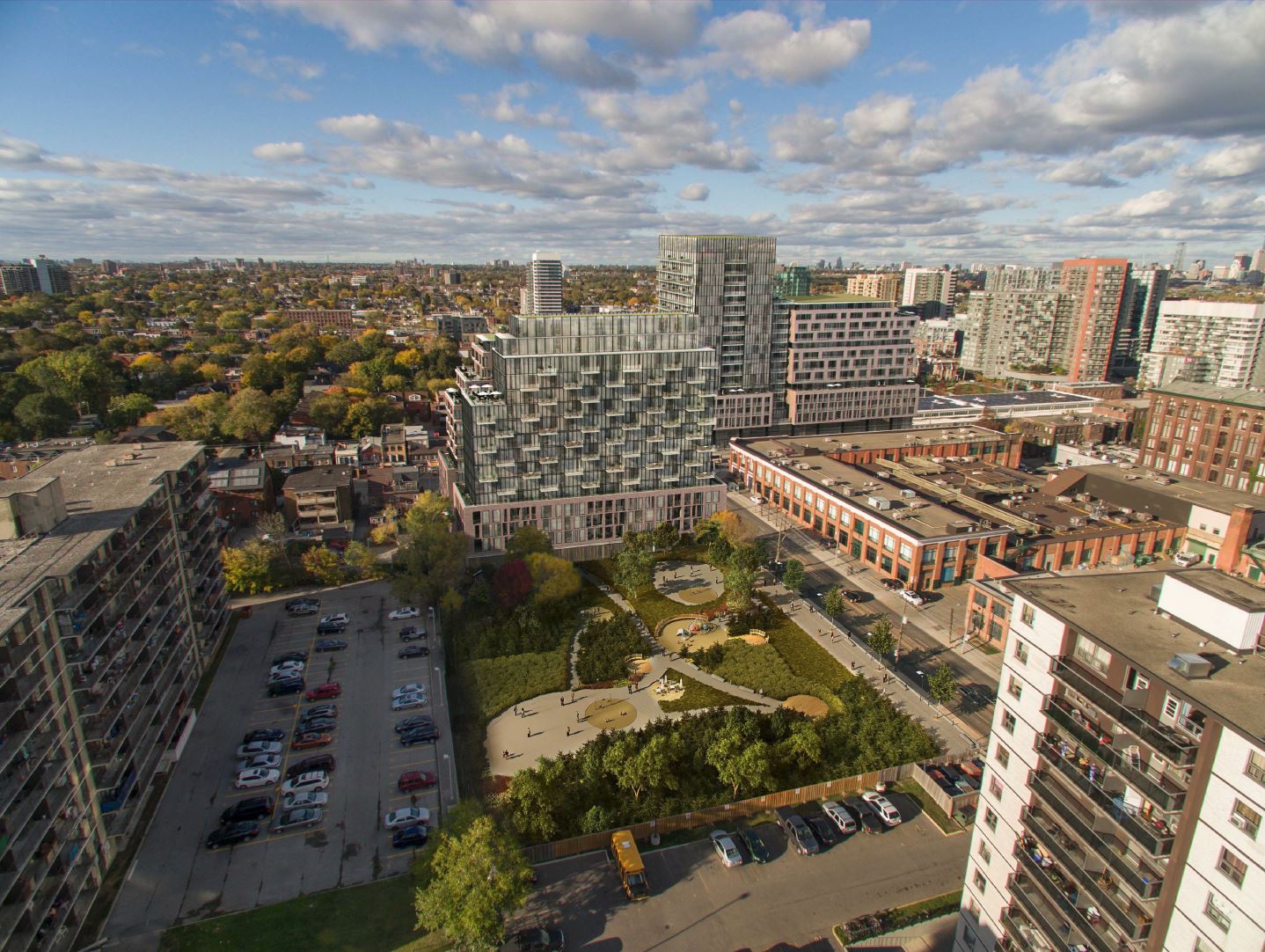 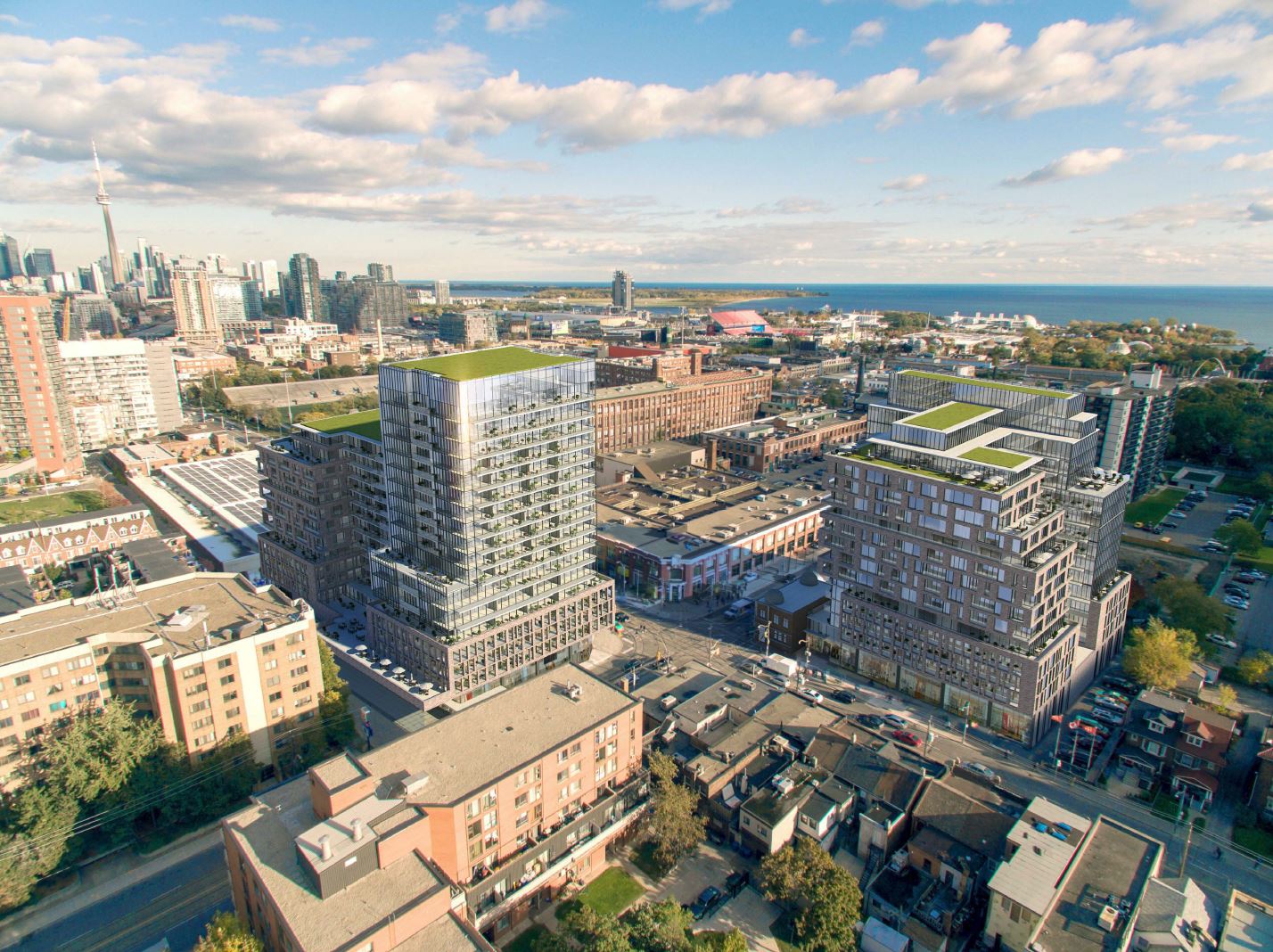 They should really flip the building and the park on the southwest corner. Put the public space up against the street to create a town square type of space, and allow the building to create a nice edge condition with retail fronting onto the square. This could also create an opportunity for a future project on the adjacent lot to define the square's western edge, giving that project a second frontage. Instead we get some lame backyard parkette.

Well, that's an improvement on the original design. Interested to see what the OMB decides in 2-3 years

arch_on_ said:
. Instead we get some lame backyard parkette.
Click to expand...

I prefer the retail and building to be up against King Street to maximize the size of the parkette. That is also where the retail has the best opportunity to be a success.