jcam said:
Yup, my understanding is our York Mills offices plus some satellite downtown ones are moving up there.
Click to expand...

I'm surprised there are satellite downtown offices, I figured they would have moved into BA West !

Thats a lot of space to back-fill for the York Mills office !
If I had a penny for every time someone asked me why I was looking upâ€¦
S

All the truckers (and the occasional lot lizard) are all upset that their prime truck stop parking lot is no more. No one bothered to put any signs up that ban trucks from entering certain roads and driveways where they have a heck of a time turning around. So this afternoon I watched as a 53 ft. semi trundled eastward on the driveway that runs right in front of the main entrances, only to be stopped in its tracks at the southwest corner. It seems that someone from the fence installer let him into the enclosure so that he could turn around and trundle back the way he came.

The truck entrance from Portage Parkway was also blocked, but only temporarily. The north-most perimeter fence is far enough southward that trucks entering there will be able to run along the rear of the Wal-Mart, but not today. I think it's for giving today's fence installers some safety. Trucks can still enter from Edgeley Boulevard. As an aside, this truck entrance from Portage Parkway is located on the site of the newly announced Transit City condo project, so eventually they will need to construct a new entrance further west on Portage Parkway. Or, Wal-Mart will close permanently....

However, the 100 or so subway station construction workers now have no place to park. To add to the misery, the main contractor of the station site closed off the entrance to vehicles to the site. Workers' cars are quadruple parked on the small part of Millway that is open to the public, south of Portage Parkway. Many of them are also parking on Applemill.

Also, negotiating the parking lot with your car has become 10 times worse. I also wonder whether the fire route is still to code. I personally will avoid shopping at this Wal-Mart because of these things.
S

Red lines mark the new fence.
Yellow lines mark existing construction site fences.
Blue lines mark the building walls of Wal-Mart. There are fire exit doors along those lines. I presume they will be blocked.

I have noticed I made a mistake with that "pan handle" to the northeast. Most of that panhandle is part of the regional bus terminal construction site. I suspect the construction site entrance is off Applemill and staging will be in the area near the panhandle. 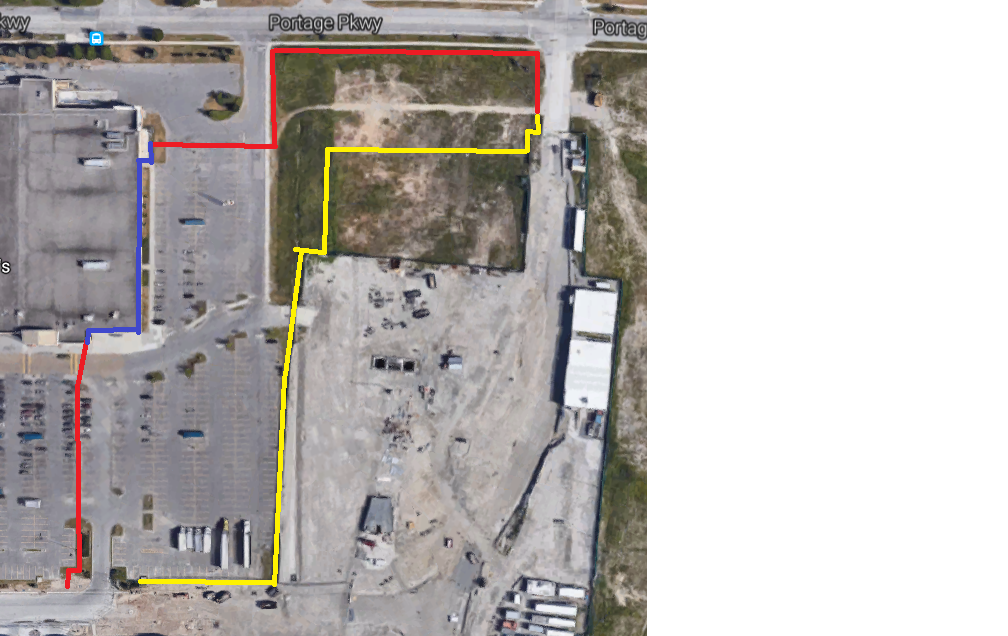 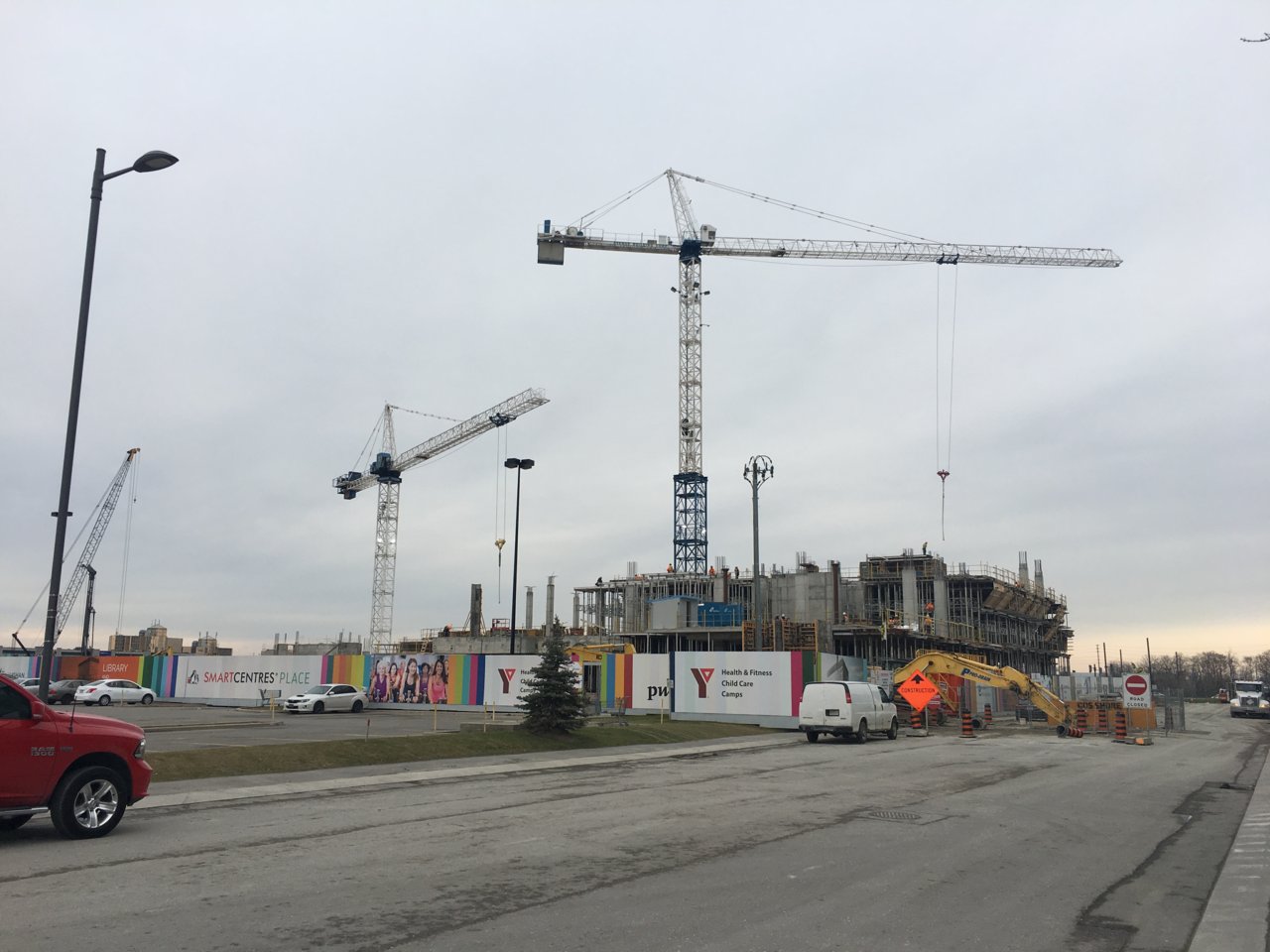 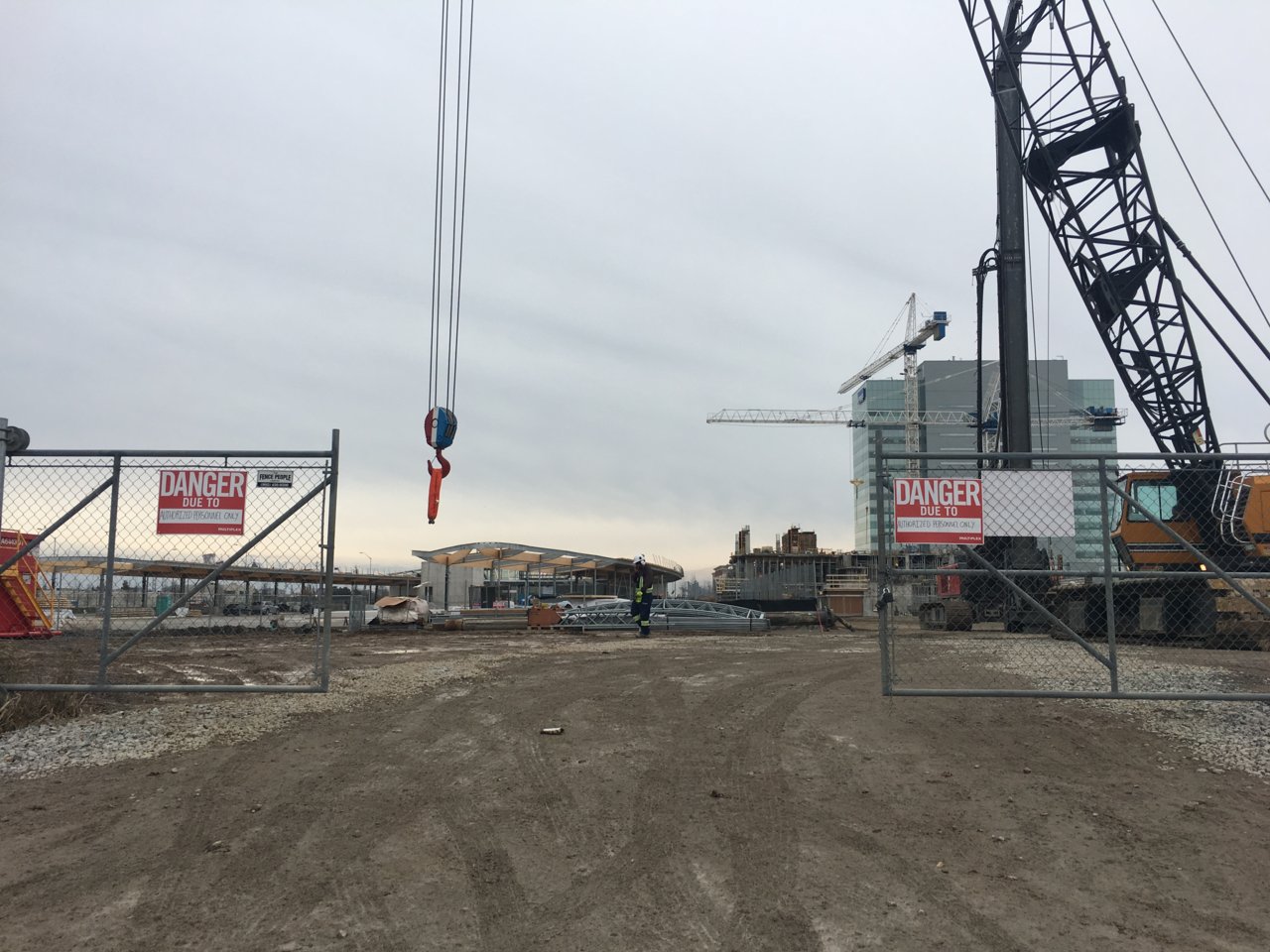 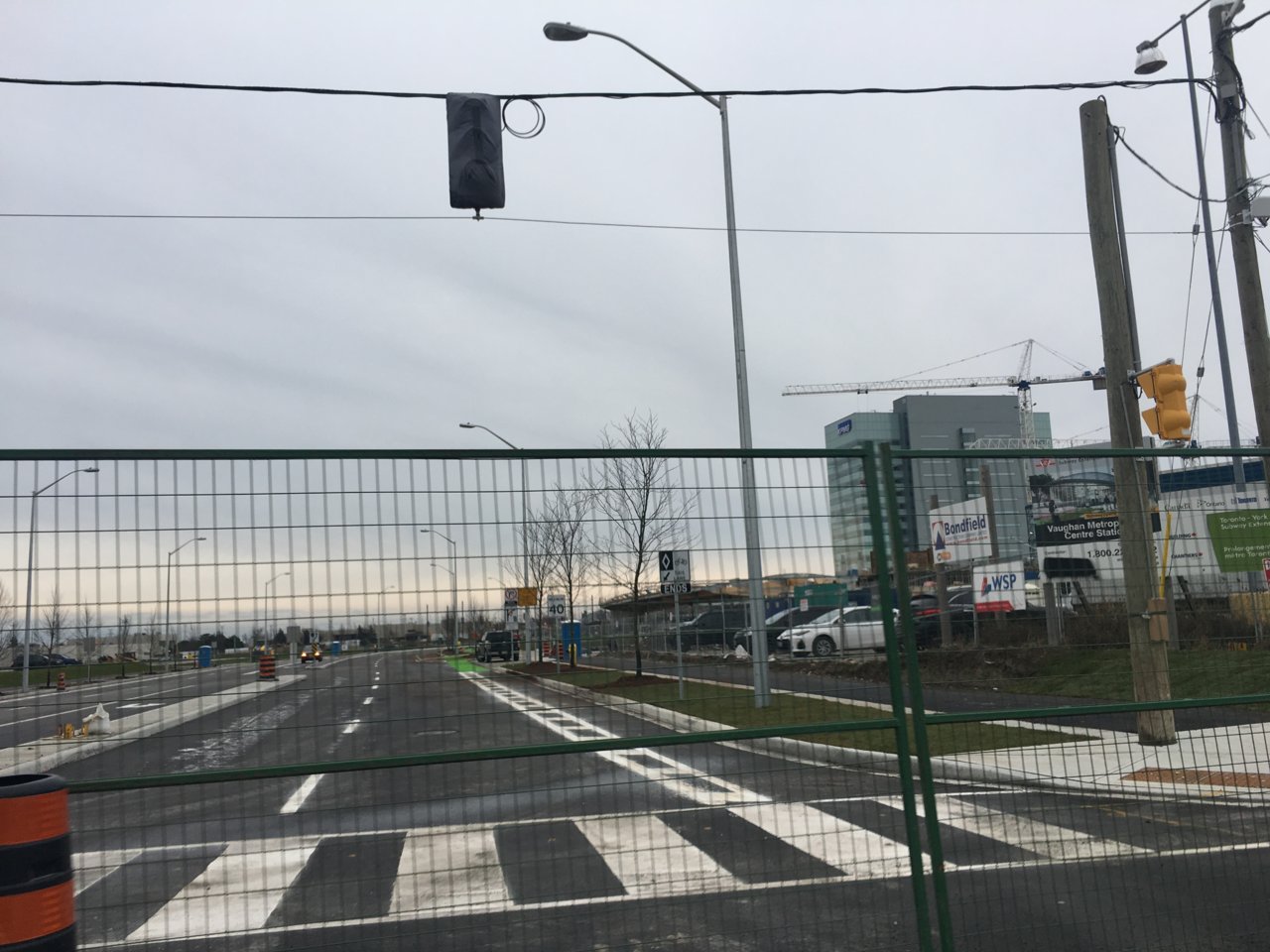 Oh wow, nice. Looking forward to taking the subway up there soon to finally check the area out. Haven't been up there since KPMG was a hole in the ground. 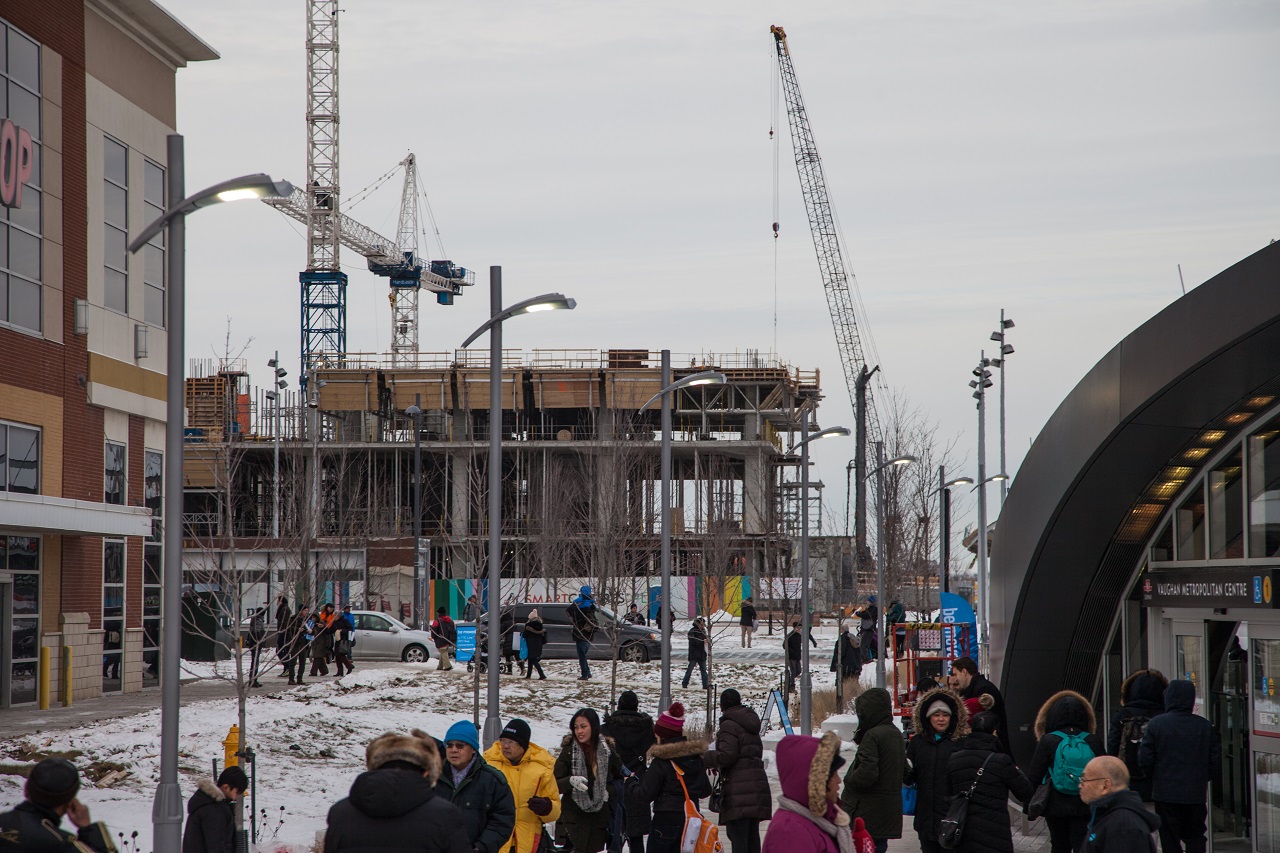 Vaughan has never seen so many pedestrians.

walk around Wonderland on a summer weekend.

Inside Wonderland, sure. Around Wonderland? With Hwy 400 to the west, (practically) sidewalk-less Major Mac to the north, sidewalk-less Wonderland Drive to the south, and Jane St to the east, I'd rather not. The pedestrians on Jane are either going to/from the free parking they found in the subdivision or exiting the park to buy cheaper food.

innsertnamehere said:
walk around Wonderland on a summer weekend.
Click to expand...

Yeah, there's all those people walking between their cars and the mall there. That whole parking lot is prime public space! 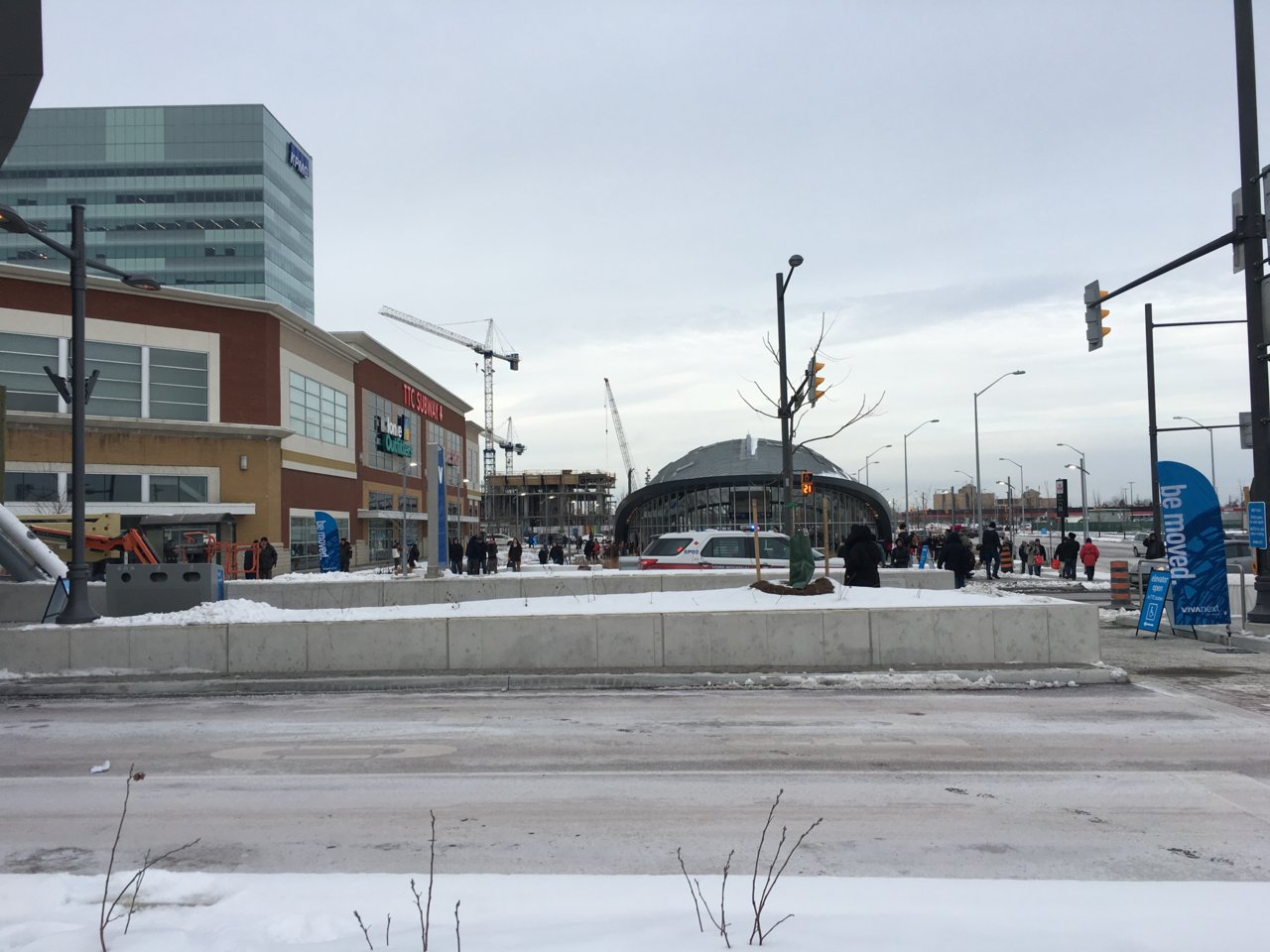 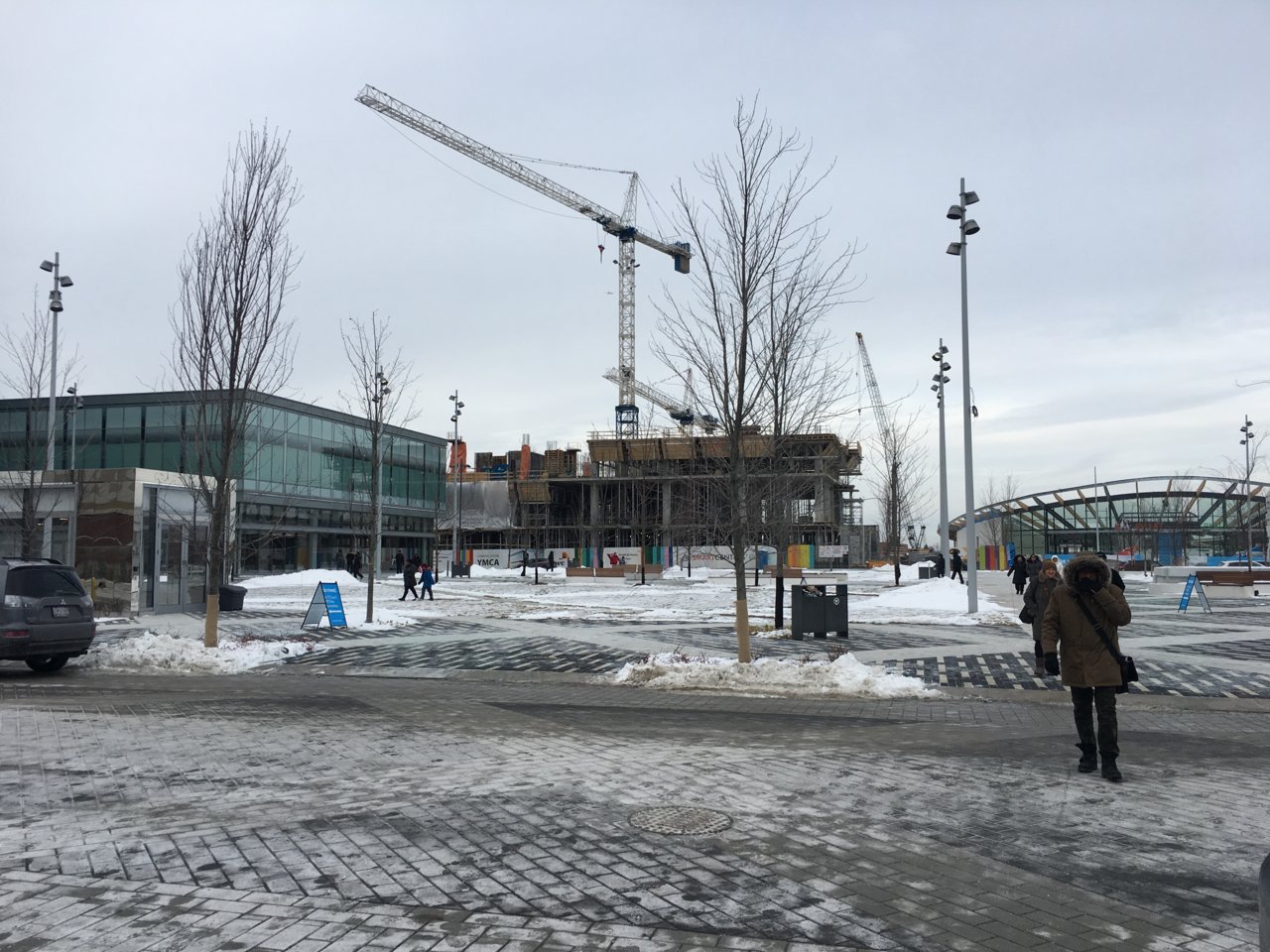 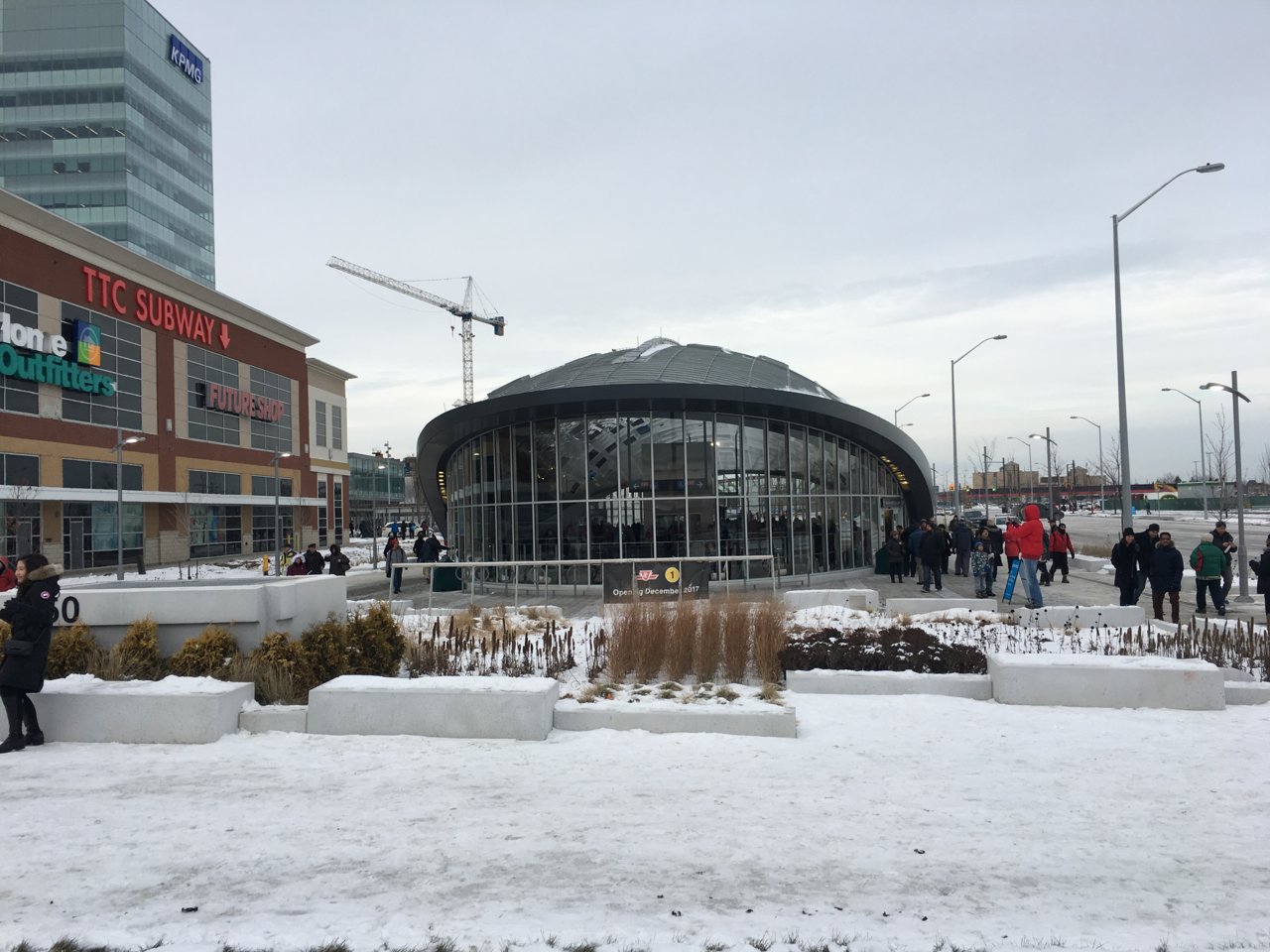 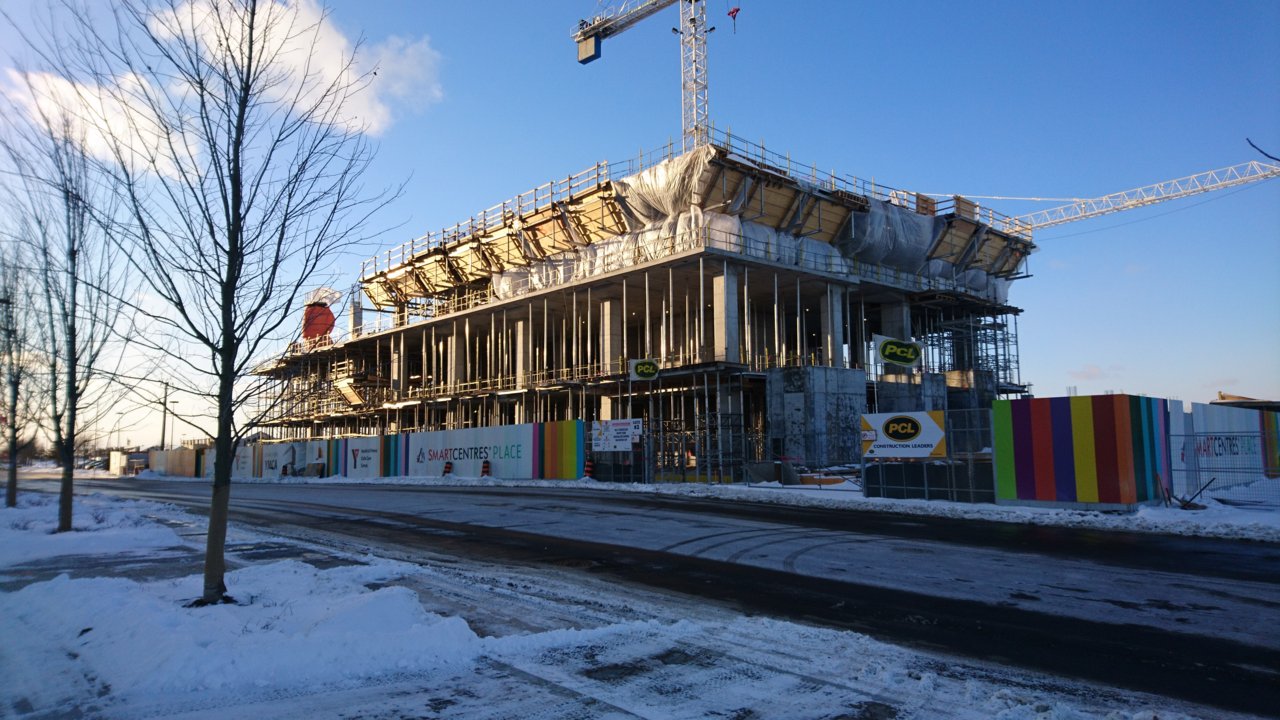 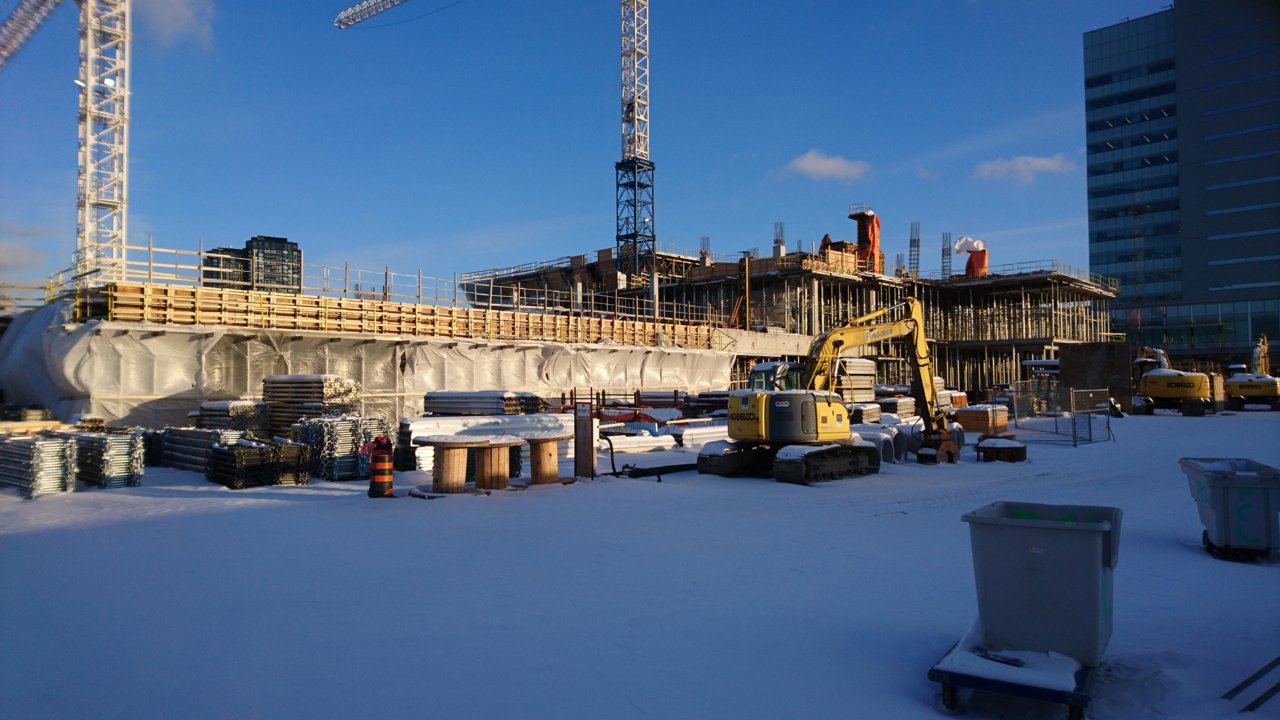 I'm enjoying the contrast between the big-box Future Shop / Home Sense plaza and a Foster-designed subway station. It speaks to the rapid movement toward urbanization in the suburbs of large Canadian cities.

.dwg said:
I'm enjoying the contrast between the big-box Future Shop / Home Sense plaza and a Foster-designed subway station. It speaks to the rapid movement toward urbanization in the suburbs of large Canadian cities.
Click to expand...

Foster didn't work on VMC. That was York University Station
Images are not to be reprinted, reposted or used for any purposes whatsoever outside of the Urban Toronto forum without my express consent. Contact me via the following: