A property at the northwest corner of The East Mall and Gibbs Road has recently been sold. This is one block north of Bloor Street, and is immediately to the south of the Valhalla Inn site, now about to be redeveloped. The Eva Road condo redevelopment is almost directly opposite, on the west side of 427.

The site has a one-storey office building on it which looks like it dates from the 1960s. Most of the site is currently a big parking lot.

The purchaser is a numbered company, and I have not heard who it "really" is. No idea what development would be put here, but the trend in the immediate area is clearly to new condos. The area has a number of office buildings as well, although none of them are recent.

...Probably the Conservatory Group
What One Condo Said To The Other:
You laugh at me because I'm different--I laugh at you because you're all the same.
3

Not sure anyone has been by this site lately but the old Queens Collegiate which has been vacant for the past few months now has a fence around it with demolition notices. I guess the developer isn't wasting much time on this new project
Last edited: Jan 21, 2016

On what new project, though?

Conversations with the owner last year suggested they had no development plans at that point. Interesting....
3

Ah, I see there is an actual thread about the property in question. When I bought a unit at Valhalla Triumph back in 2014, I was told that a condo development would be going where Queen's Collegiate stood, possibly two towers which made me think that the developer building Valhalla also owned that land as well and I never questioned it
3

Also, forgot to mention, I found an active ad for a lease on the building which was as recent as October 2015
S

300SRT8 said:
Ah, I see there is an actual thread about the property in question. When I bought a unit at Valhalla Triumph back in 2014, I was told that a condo development would be going where Queen's Collegiate stood, possibly two towers which made me think that the developer building Valhalla also owned that land as well and I never questioned it
Click to expand...

Just noticed the demolition. Really hoping my view isn't going to suffer ( currently facing southwest in a corner unit ). Searched around for permits but nothing came up except for the demo.
3

Swigg, I don't think your view will be blocked for a few more years although I wish one of us could locate some permits to know exactly what they were planning to build on this site

I just did a simple google search, typed in "2 Gibbs Road Etobicoke" and according to Google, at this address is Davies Smith Developments

Proposed amendments to the Etobicoke Zoning Code and By-law 569-2013 to the development of a mix of uses in mid and high rise buildings, including: 2 mid-rise buildings on the eastern portion of the site (providing retail and residential rental units) and a podium and tower component comprising 3 residential towers above a 5-storey podium, providing retail, office and residential uses.
Proposed Use --- # of Storeys --- # of Units ---
Applications:
Type Number Date Submitted Status
Rezoning 16 114845 WET 05 OZ Feb 9, 2016 Under Review

March 8
The Edilcan Group Limited owns the land now and buildings are still in design stage.

The earliest I can see for anything been built here is 2020. The site is being compact with shale material when I was there for the basement of the old building 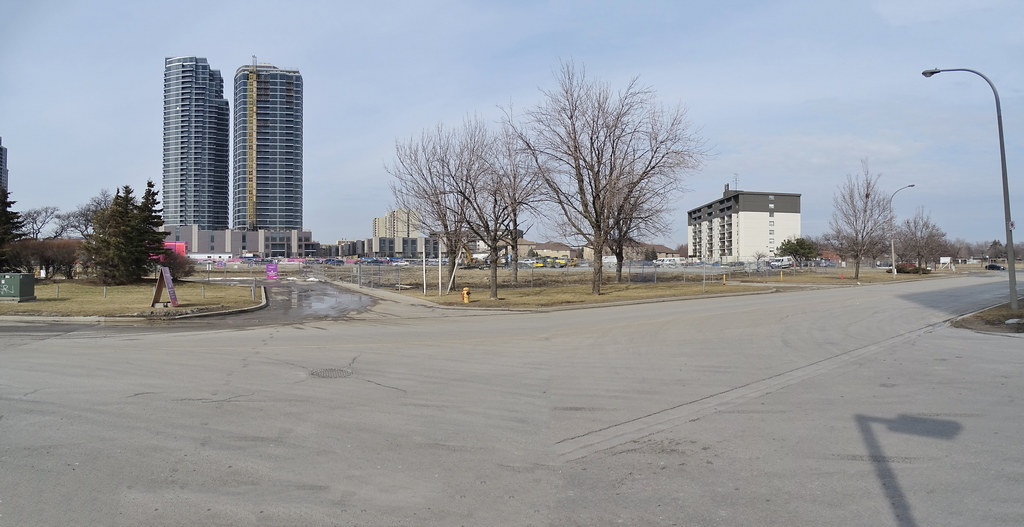 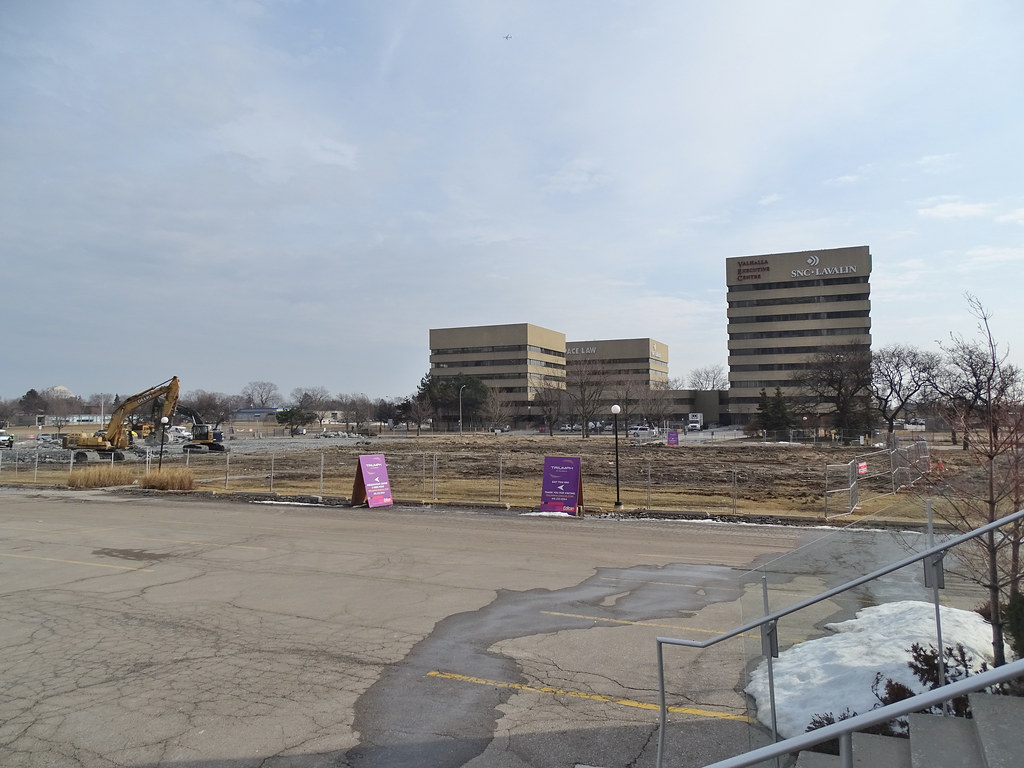 Due Time restriction, visit my site https://www.flickr.com/photos/drum118/ to see updated photos of projects shot the last few weeks since I don't have the time to post them to various threads.
See my videos on YouTube https://www.youtube.com/user/Transitdrum118
S

Thanks for the update Drum, I can take a few photos from my location to get a better look at the construction ( from a birds eye ). I do see shale where the basement of the previous building had been.
S

Here's a shot from my place, looks like most of the machinery is gone and they filled in the basement section. Same developer was One Valhalla, planning three high-rise towers (31, 37, and 46) and two 10-storey midrises just to the south of One Valhalla. It's only a matter of time until the Valhalla Executive Centre gets redeveloped into high density condos. It's good to see this kind of density along the 427. This location is very convenient for those wanting to live relatively close to downtown and Mississauga.
I wish the applicant had considered incorporating the short rental tower into the proposal somehow. The orientation of those buildings and the unfortunate location of Forum court is something that's taking away from this block becoming truly pedestrian friendly.
You must log in or register to post here.
Share:
Facebook Twitter Reddit Pinterest Tumblr WhatsApp Email Share Link