There's also an interesting bit of political history related to the theatre as it was used by the Communist Party as a venue for a play calling for the release of the Party leadership in the Depression. When one of the Party leaders who wasn't arrested at the time spoke, the theatre was shut down and the leader in question was charged with treason. That treason trial ended up bringing down Bennett in part.

It's always amazing how such small, seemingly unimportant things or places can have such interesting histories. But I am a history major lol I think these are looking really great. The trim that cuts in on the side is really tasteful.

For anyone interested, they have a model suite of the townhomes open for viewing. The spaces are quite nice with excellent finishes. Benito said:
For anyone interested, they have a model suite of the townhomes open for viewing.
Click to expand...

Thanks for sharing this! I might go take a look! 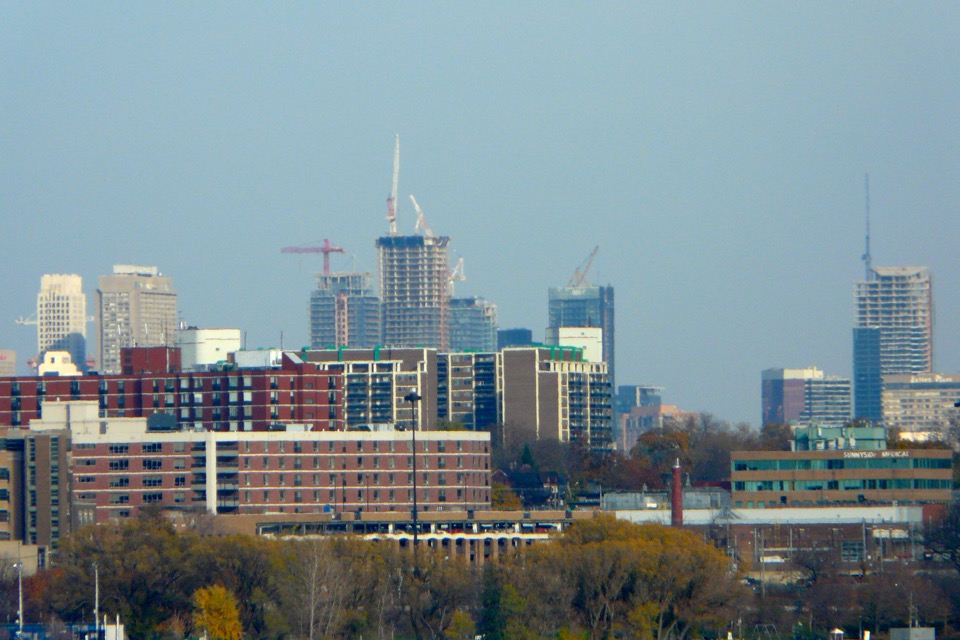 This project is one of the very few that I find more attractive close up than from a distance. It's a nice change.
Check out the Unity3D space video game I'm working on. Hoping to get it on the PlayStation Network.

The east tower has topped out its residential floors and it's just the mechanical box now. Gray brick in a herringbone pattern has been laid around the west tower entrance. The crane on the west tower was removed yesterday.

U so very tall! U so very snow! U so very Bay urbandreamer said:
U so very tall!
Click to expand...